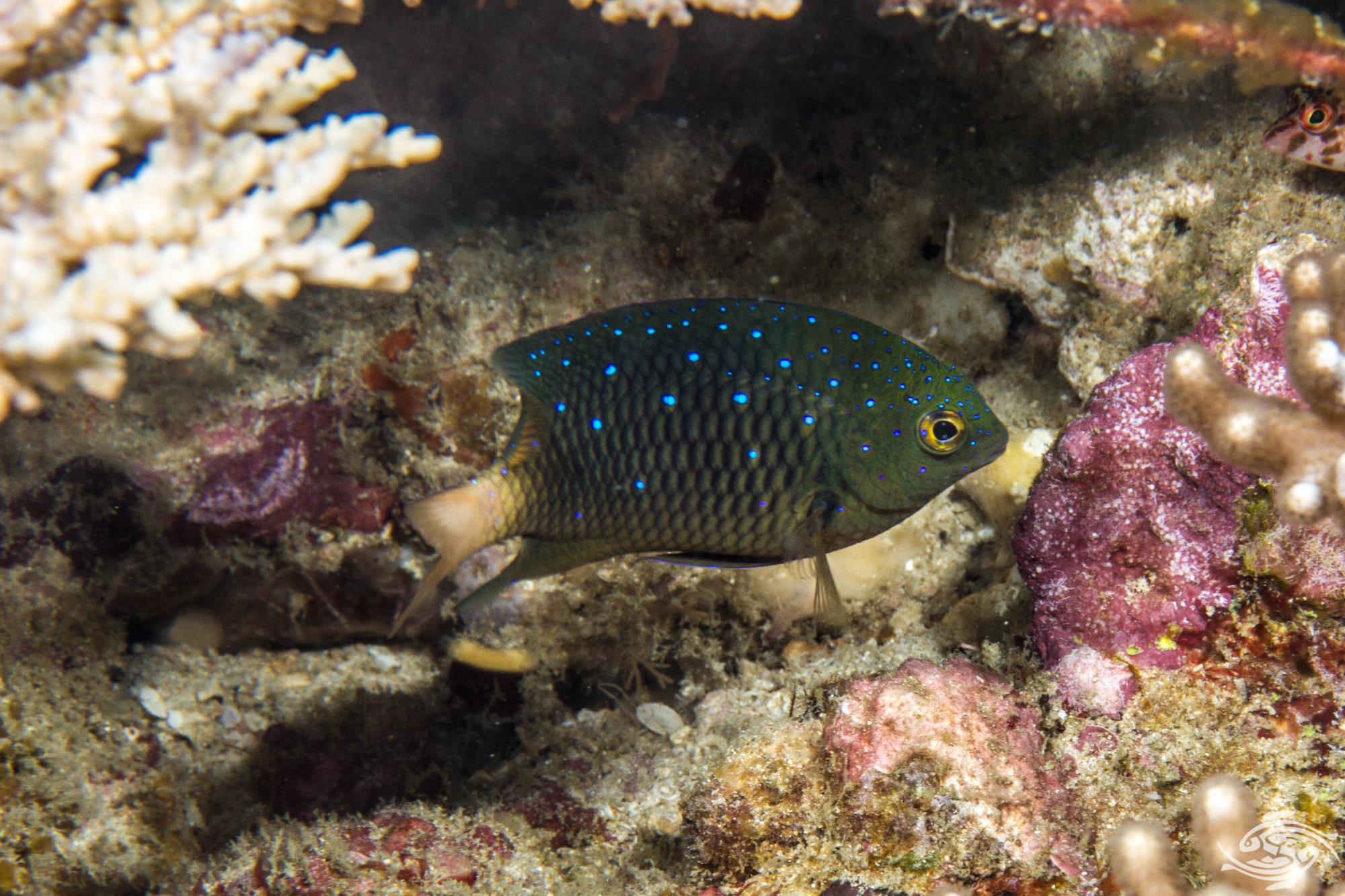 The Jewel damselfish Plectroglyphidodon lacrymatus is also known as the Whitespeckled Demoiselle and the Whitespotted devil. They are highly territorial and are common on reef tops and rubble areas on the Tanzanian coast. 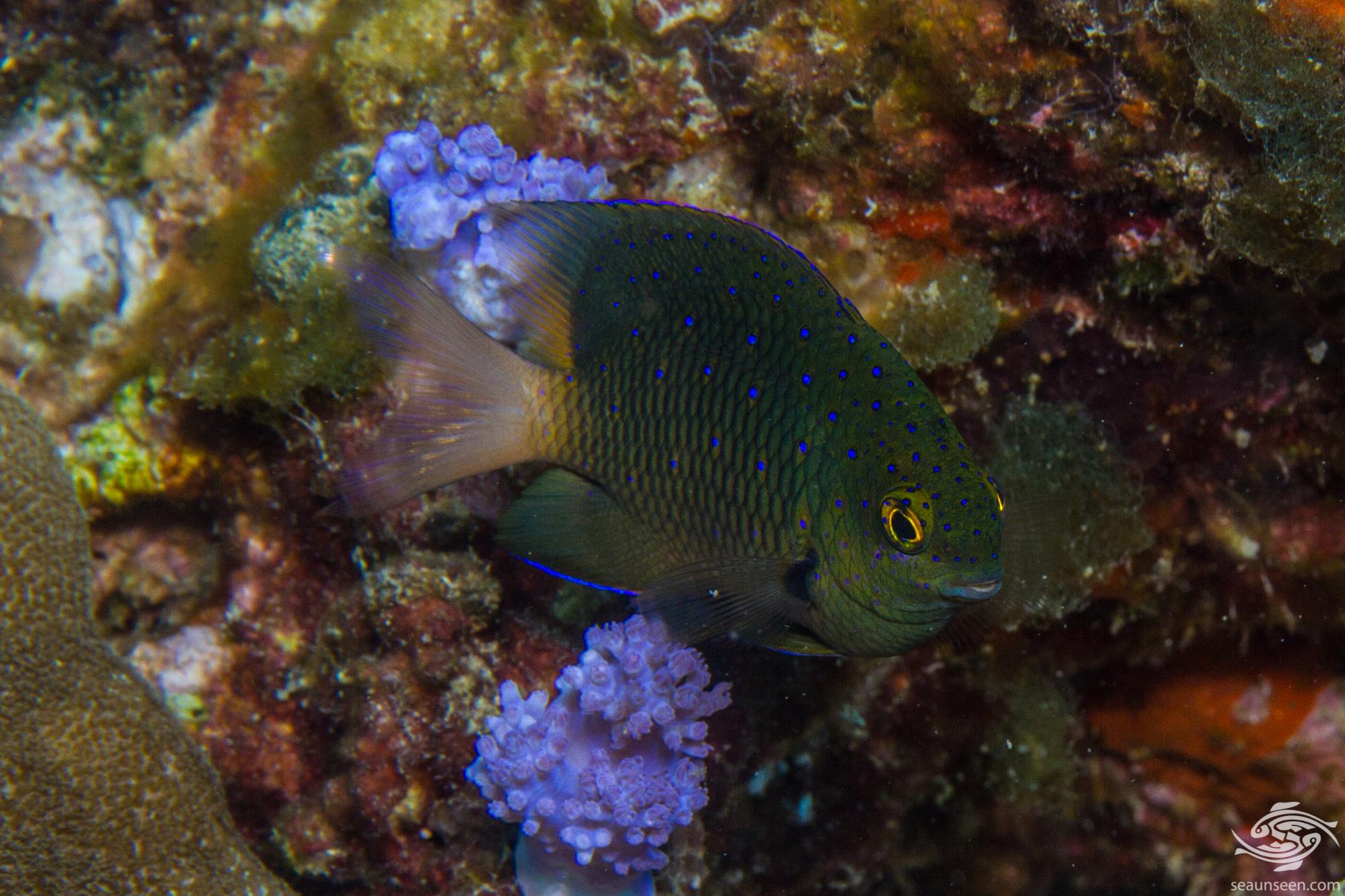 The body has an oval shape with a sharpish  nose. The base color of the body is dark green colour and the younger fish have attractive blue spots on the body. The caudal area and tail are a light yellow. As the fish ages so the intensity of the spots decreases and they eventually go white. They grow up to 10 cm in length. 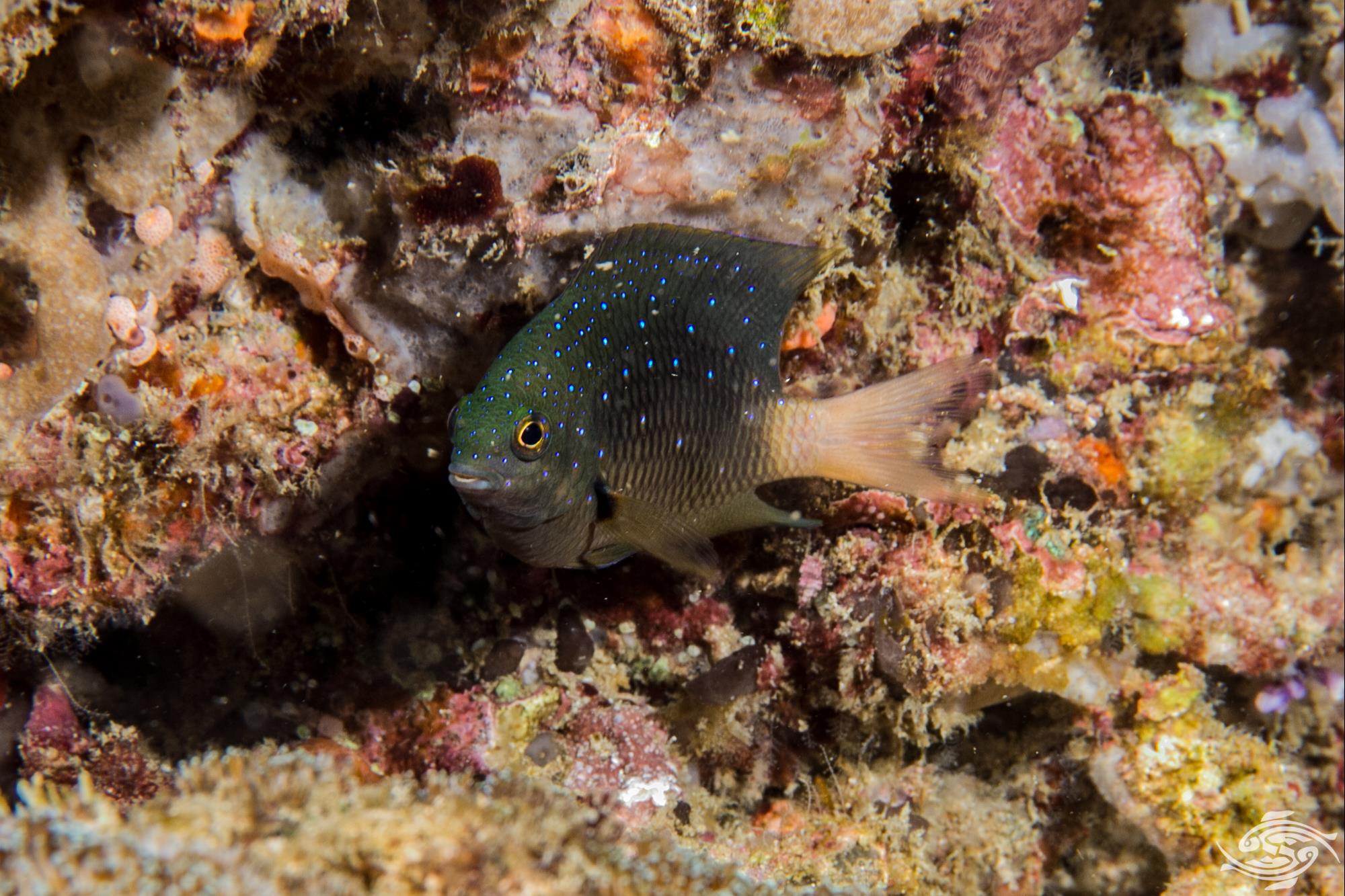 Although they only grow to 10 cm they are one of the more aggressive fishes on the reef. They will attack fish far larger than themselves if they dare stray into their territory. It is not uncommon to see them chasing large butterfly fish across the reef.  As can be seen in the images on this post they are not adverse to having a go at cameras as well.  They are the miniature Pit Bulls of the sea as can be seen in the image below of a Sulphur Damselfish having come off second best from an attack by a much larger Jewelled Damselfish ripping the rear of its dorsal fin off. 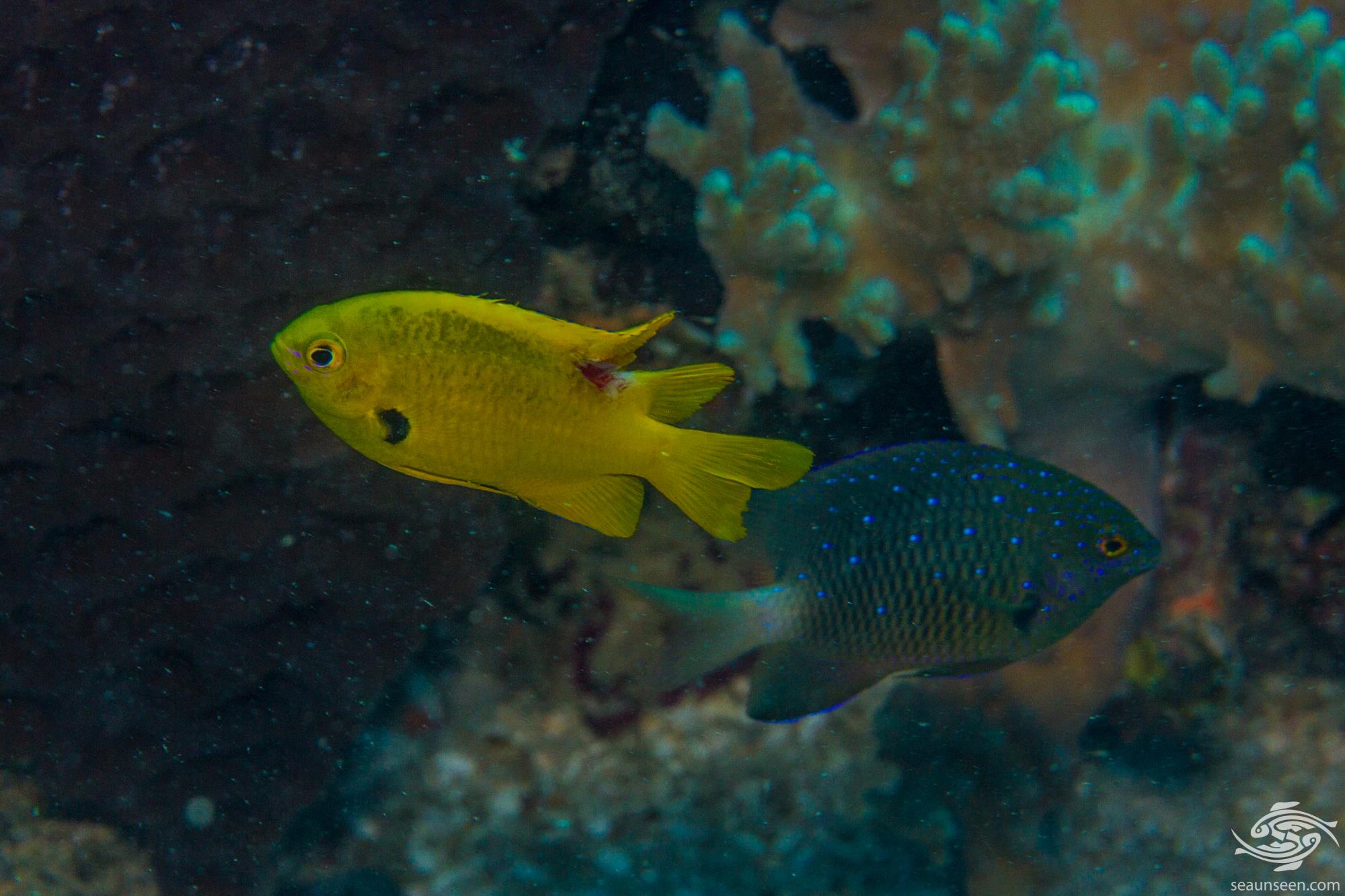 Often cameras with a diver behind them get a quick dart at them before the fish backs off.  Their name in some areas is the Whitespotted Devil and it is a fairly apt name. They are not scared of attacking far larger fish and use their agility to nip the larger fish harrying them until they move off their territory.

They also use sound to defend their territory but this is not easily audible to a diver. The larger the fish the lower the frequency of the sound they put out. 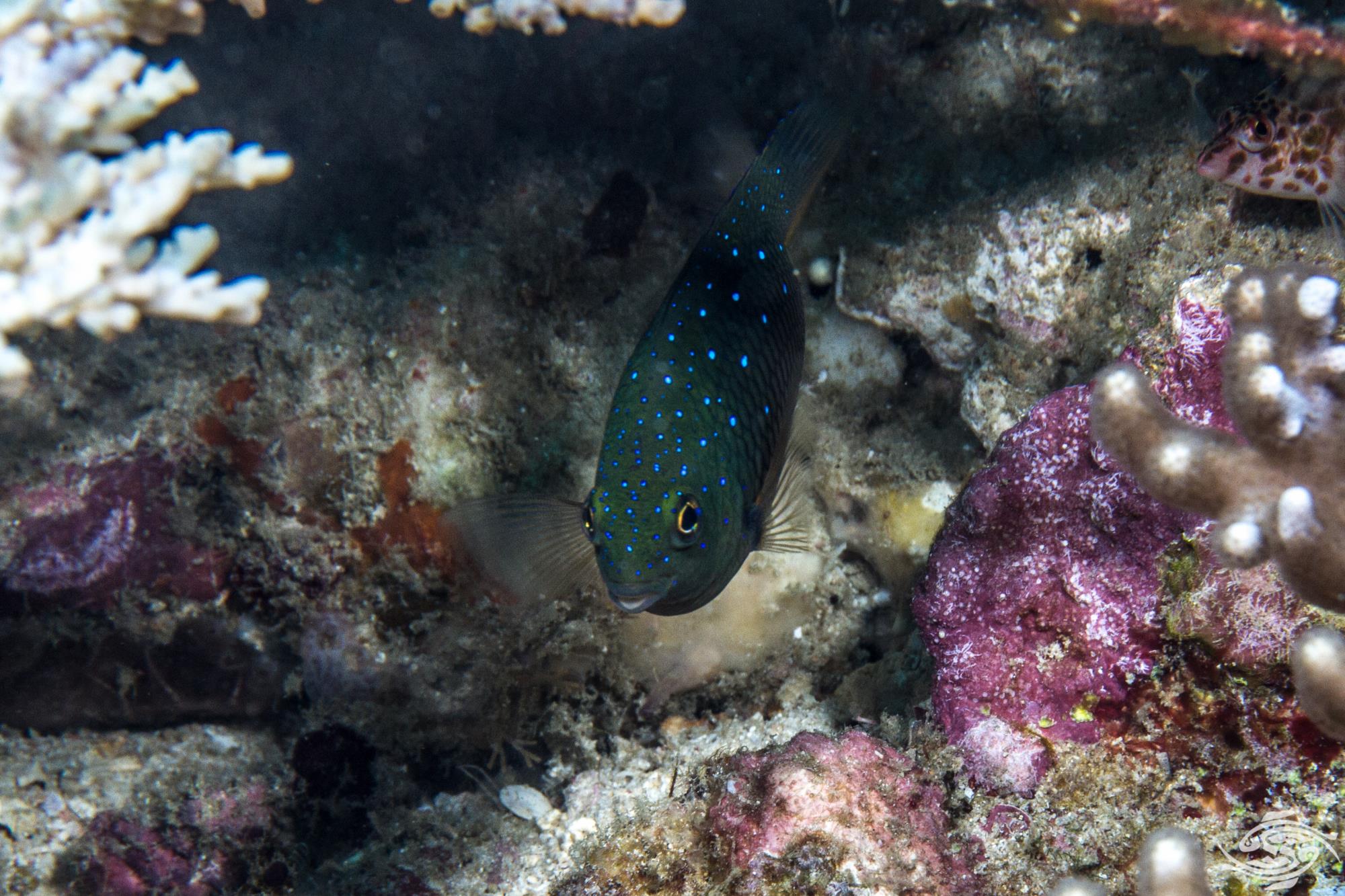 The Jewel Damselfish is found across the Indo west Pacific area. In Tanzanian waters they are usually found between 3 and 18 meters. They are found both on protected and unprotected reefs in Tanzania. 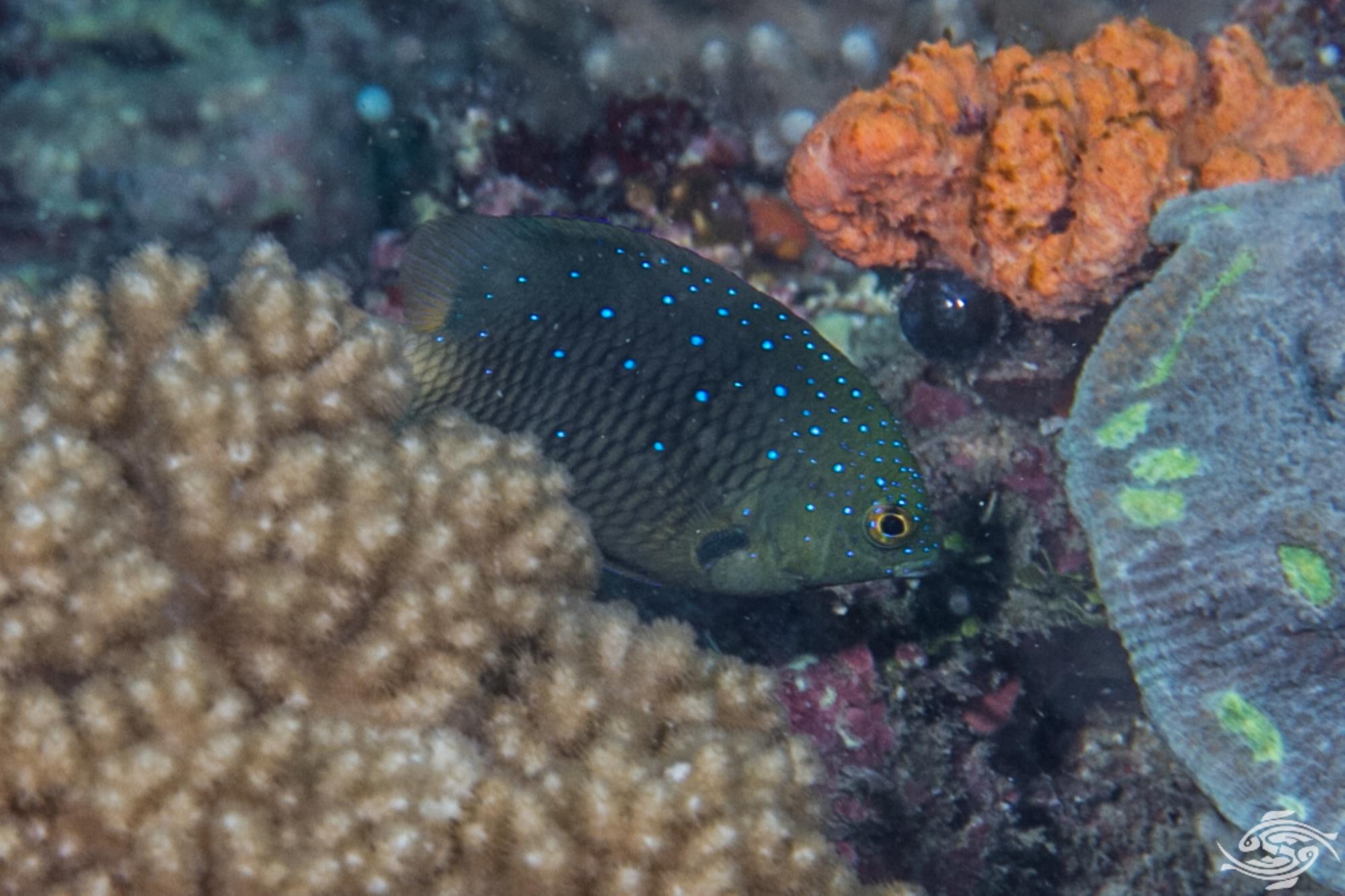 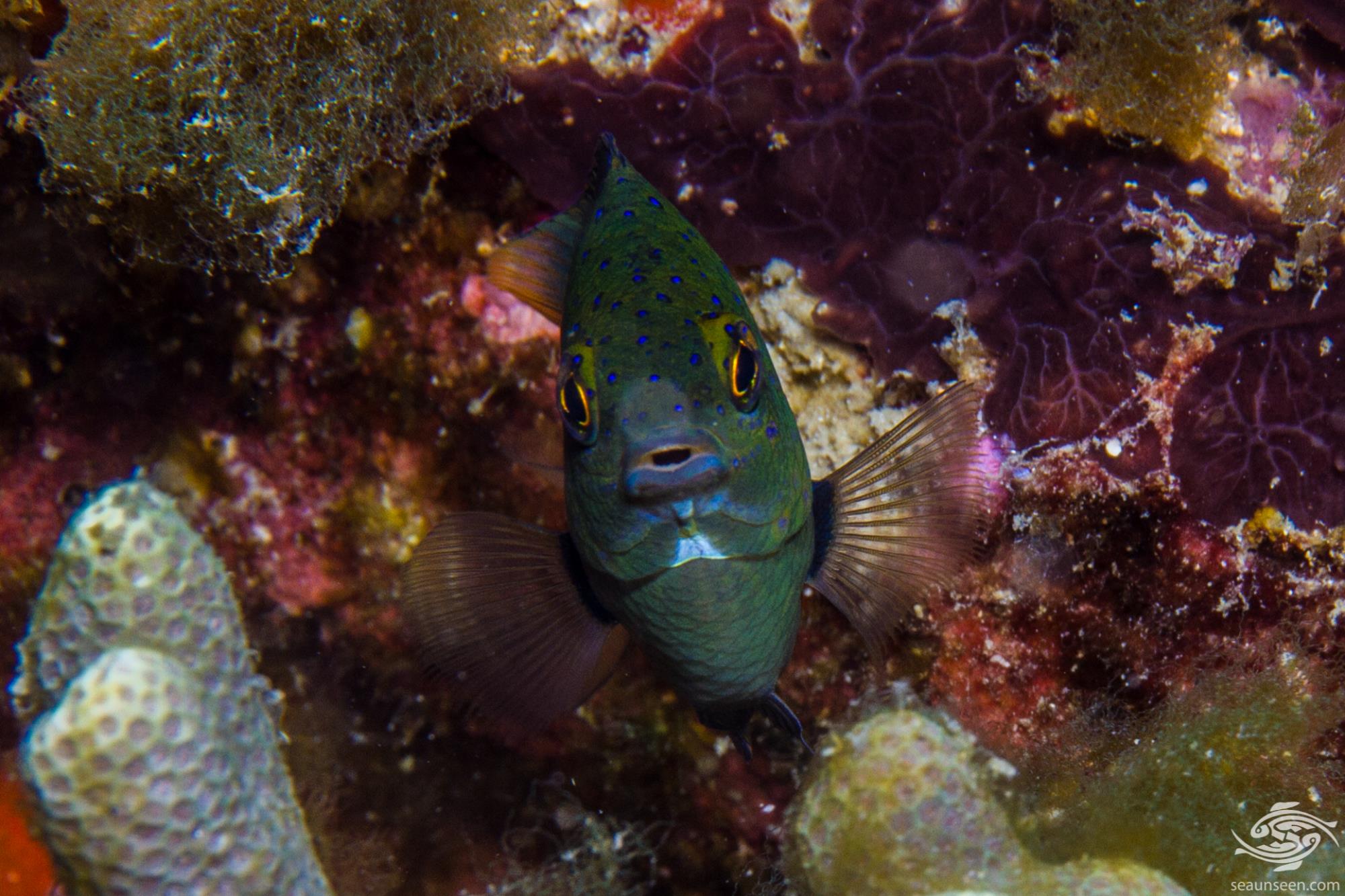 Little research has been done on their mating habits but the probably follow the normal Damselfish behaviours. Pairing before mating is usual and the eggs are demersal and adhere to the substrate. The males guard and aerate the eggs until they hatch.

They are probably a lot more aggressive when egg laying has taken place. 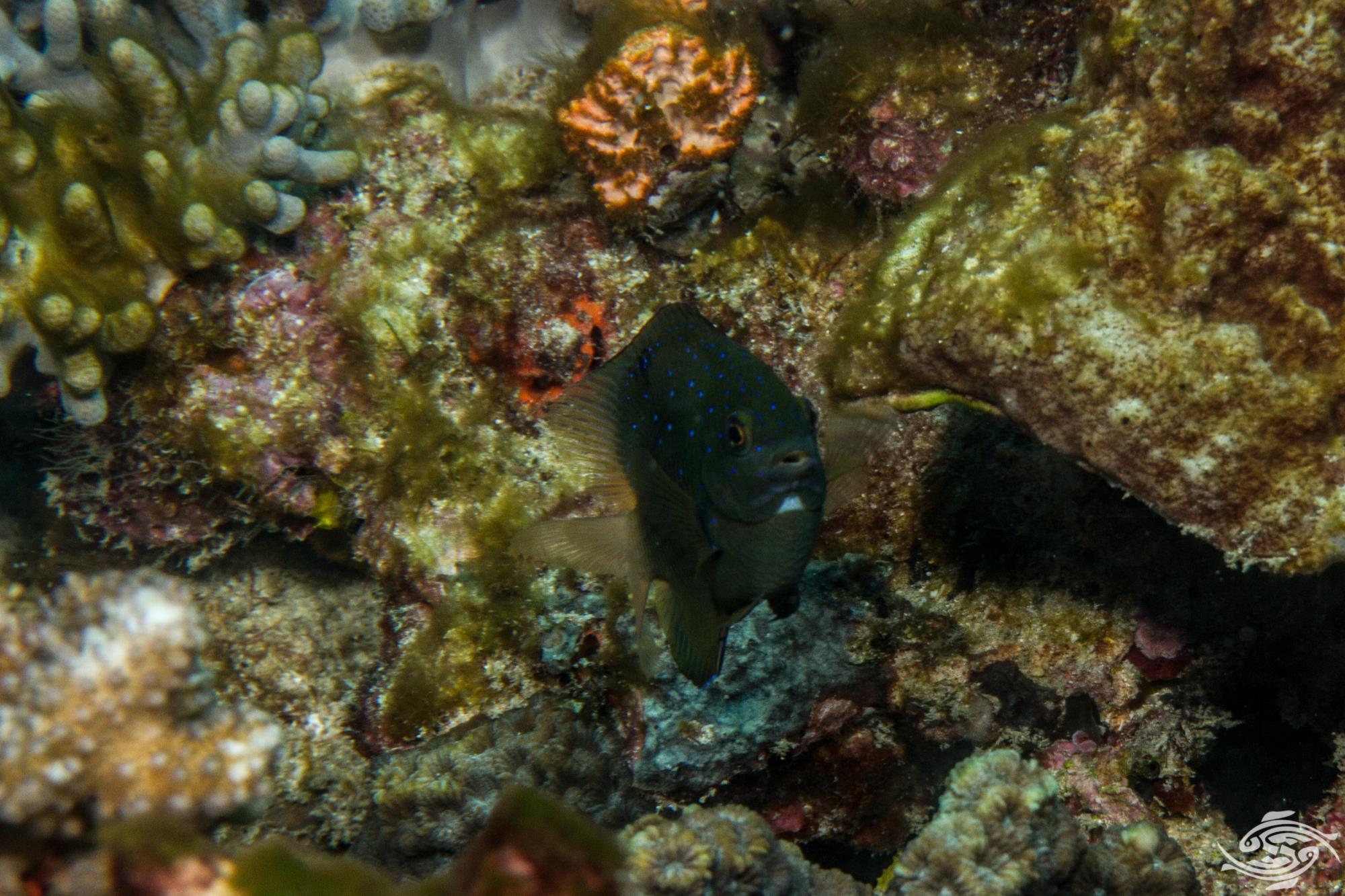 Although they are hardy fish and would be easy to keep in an aquarium, they will undoubtedly become highly territorial. It is almost a certainty that they will harass and beat up more peaceful fish. 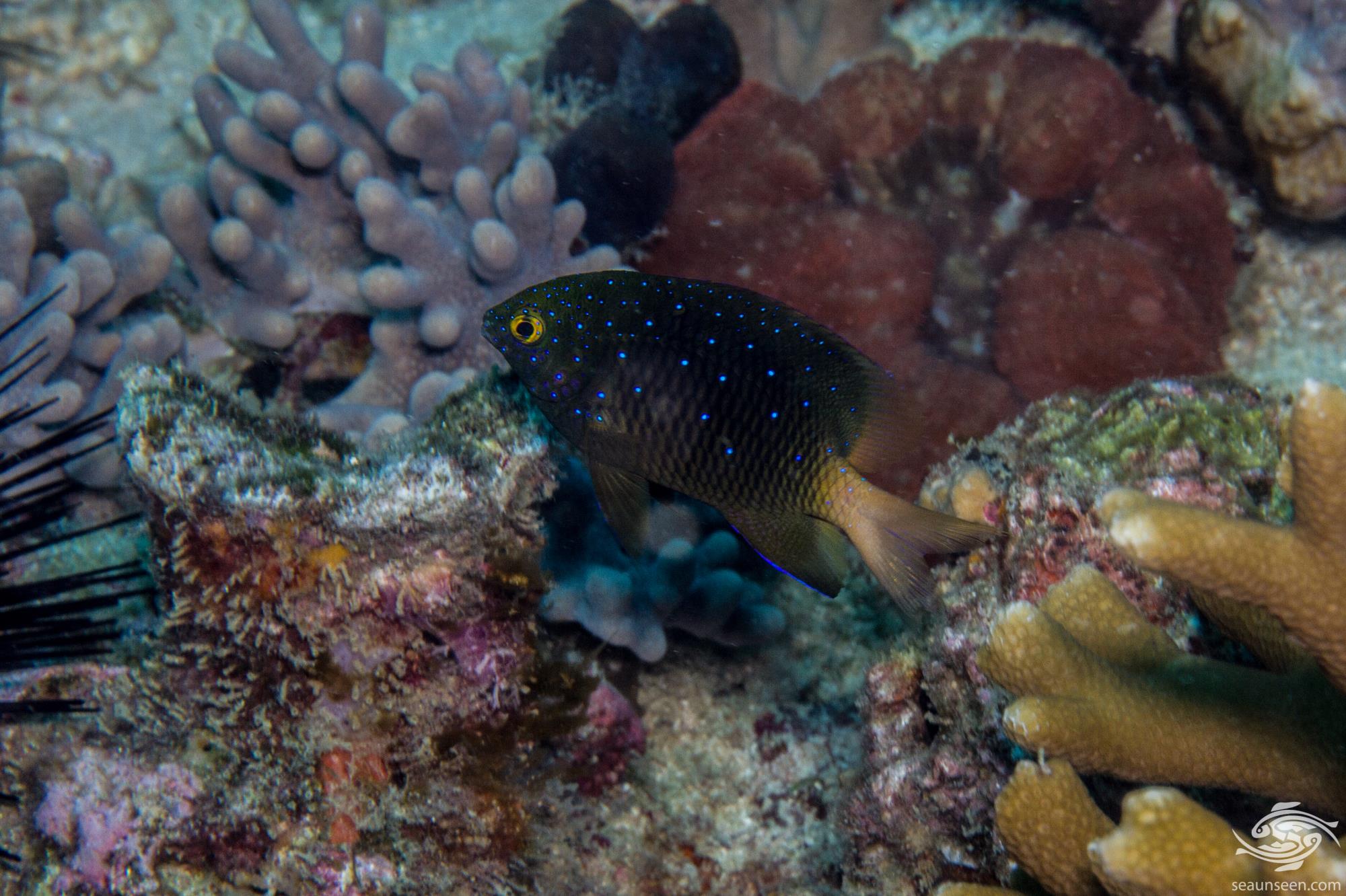