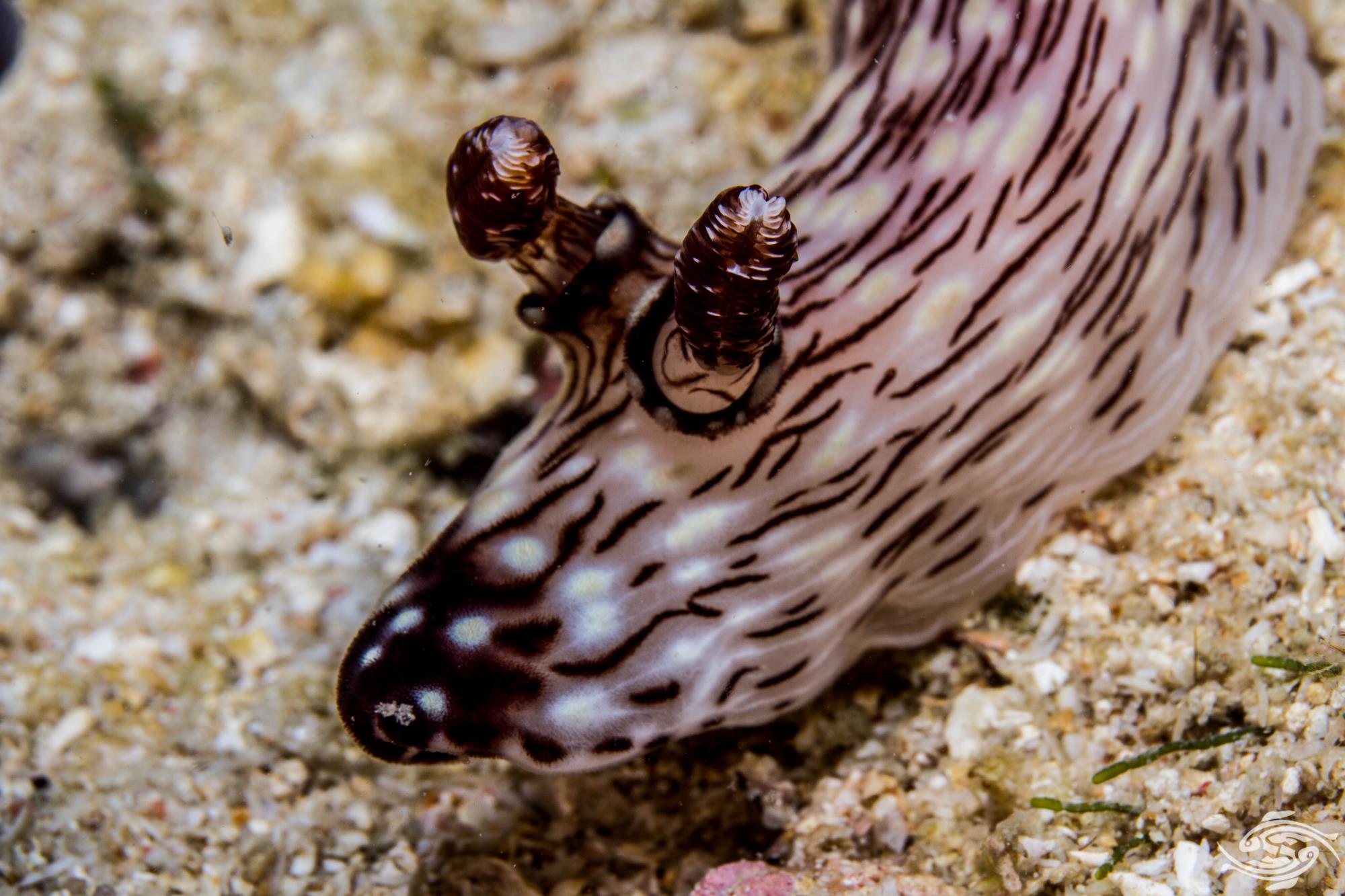 Jorunna rubescens is a dorid nudibranch, a marine gastropod mollusc.  They are commonly seen on the reefs of Tanzania in spring and summer. ( November to March) 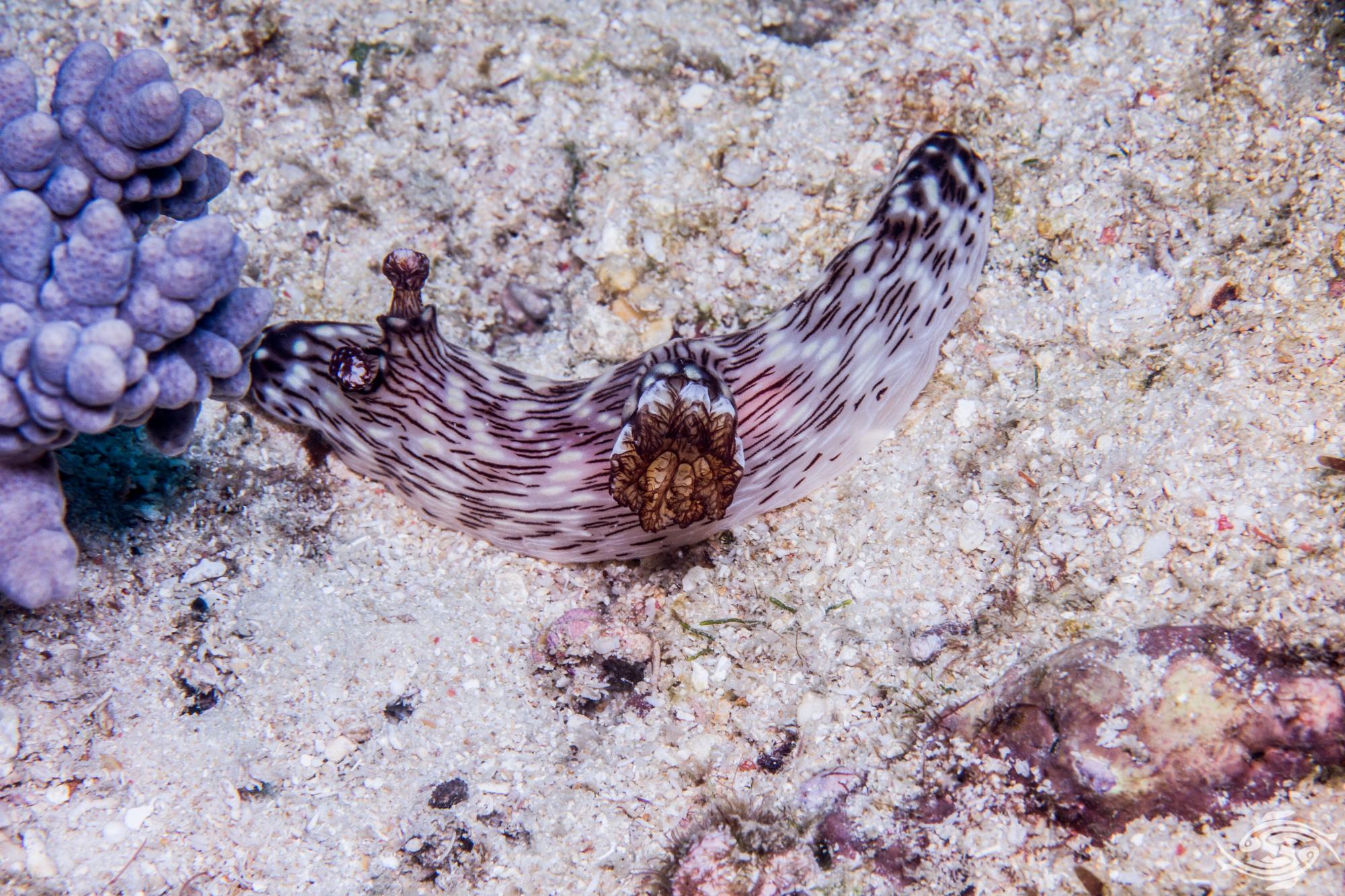 The background colour of the dorsal area is a pinky white colour with a series of brown short thin stripes running along the body.  The body is covered in a large number of sensory papillae. These are the whitish areas that can be seen in the images. The rhinopores are brown and white in colour and and are made up of approximately 30 roughly semi-circular plates on either side of the supporting arm. These can be seen in the image below.  These plates contain chemoreceptors and maximise the surface area. These chemoreceptors are used to detect small amounts of trace chemicals in the seawater and are used to detect food sources and probably to find other individuals for mating. The rhinopores extrude from ringed pouches. The nose as can be seen below is a brown colour with white spots. 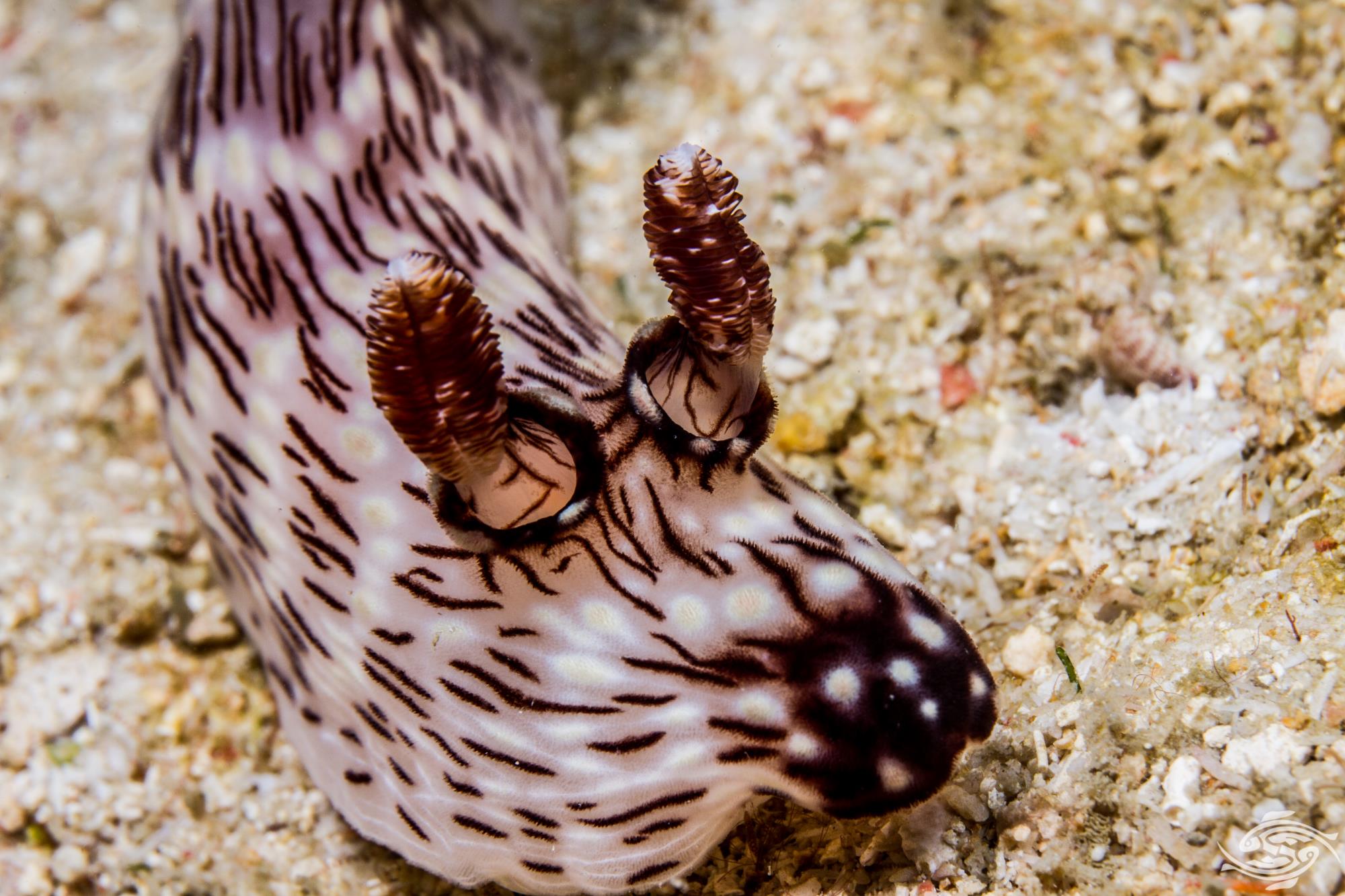 The gills are situated on the rear of the body and are mainly a brown colour with streaks of white in places. 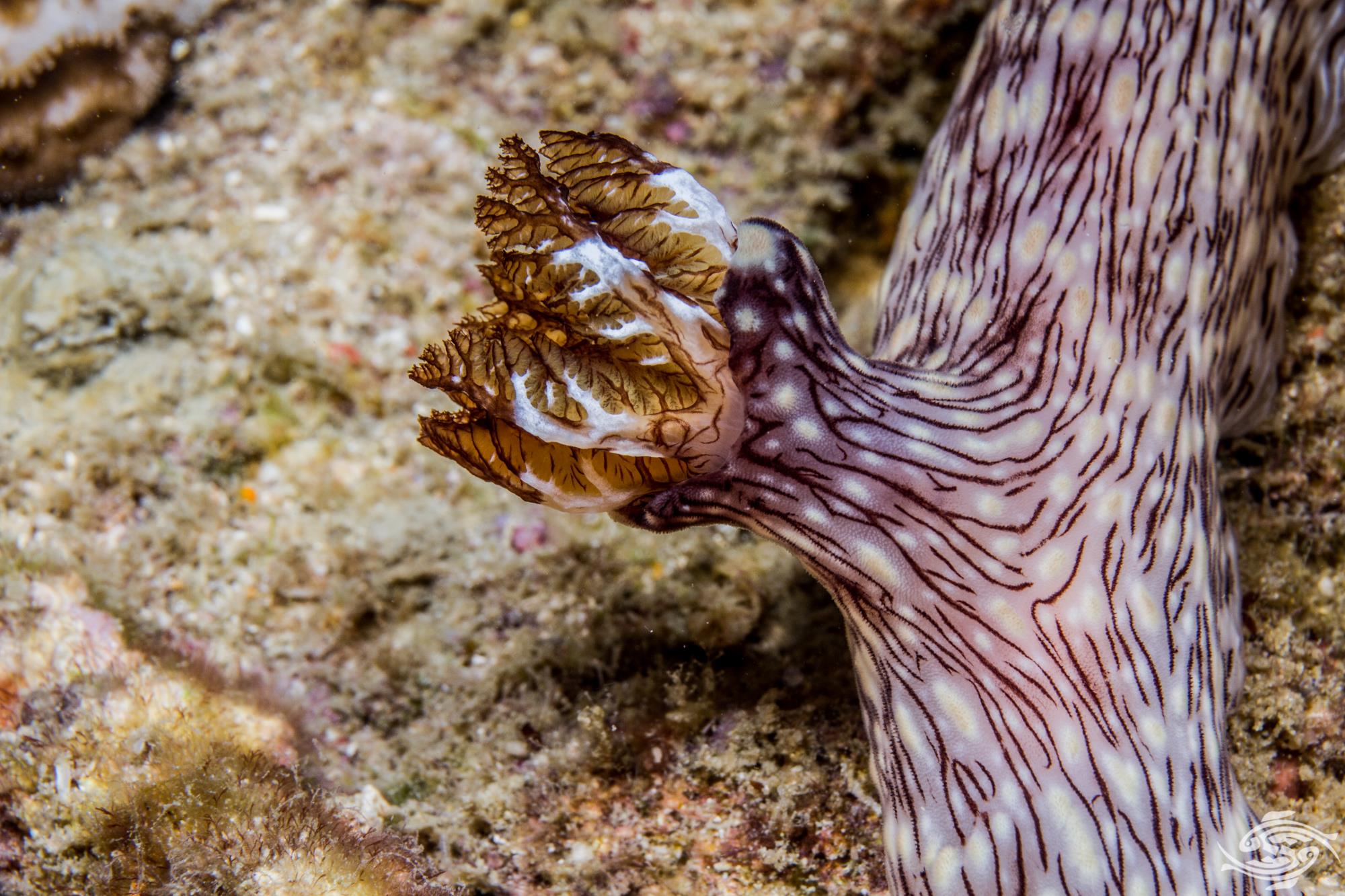 The gills are branched to maximise the surface area. 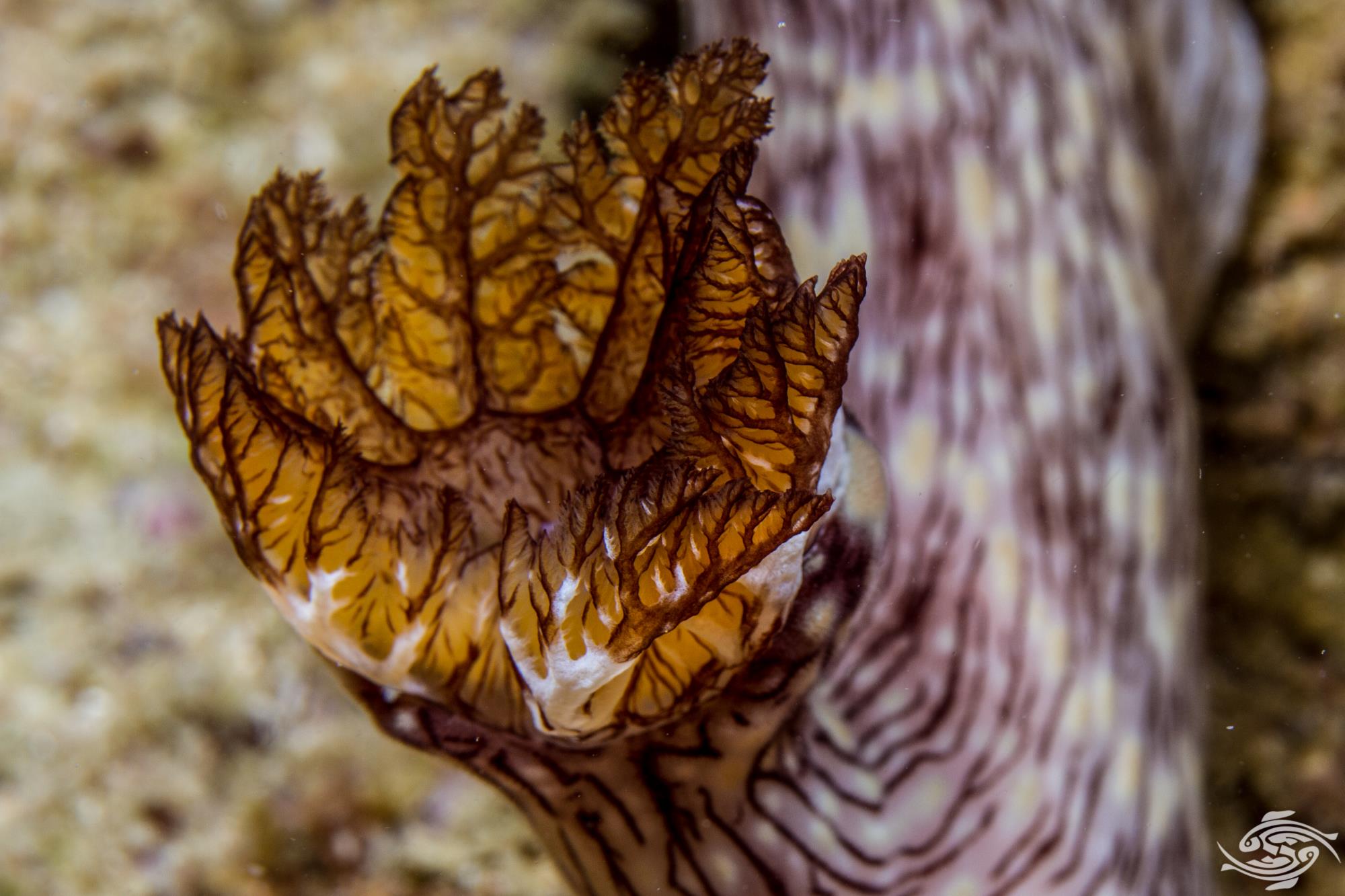 Jorunna rubescens  are commonly seen during the day in Tanzanian waters during spring, they are fairly large and easy to spot. The largest we have seen have been around 15 cm in length. To date we have only seen them on reefs with hard and soft corals with an abundant supply of sponges. 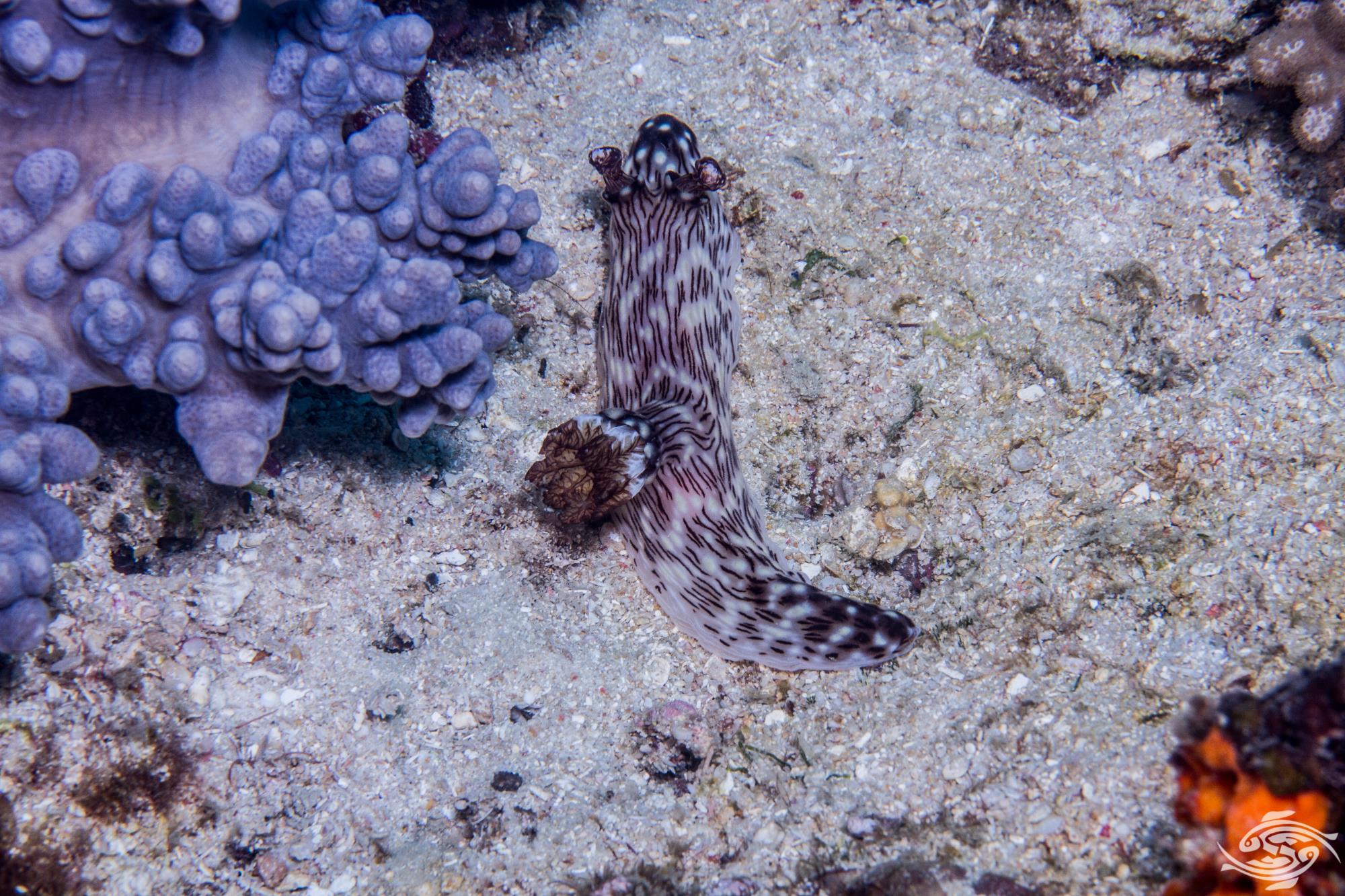 Jorunna rubescens is found across the Indian ocean and in the west Pacific. They have been seen on mixed rubble and coral areas in Tanzania to depths of 12 meters. 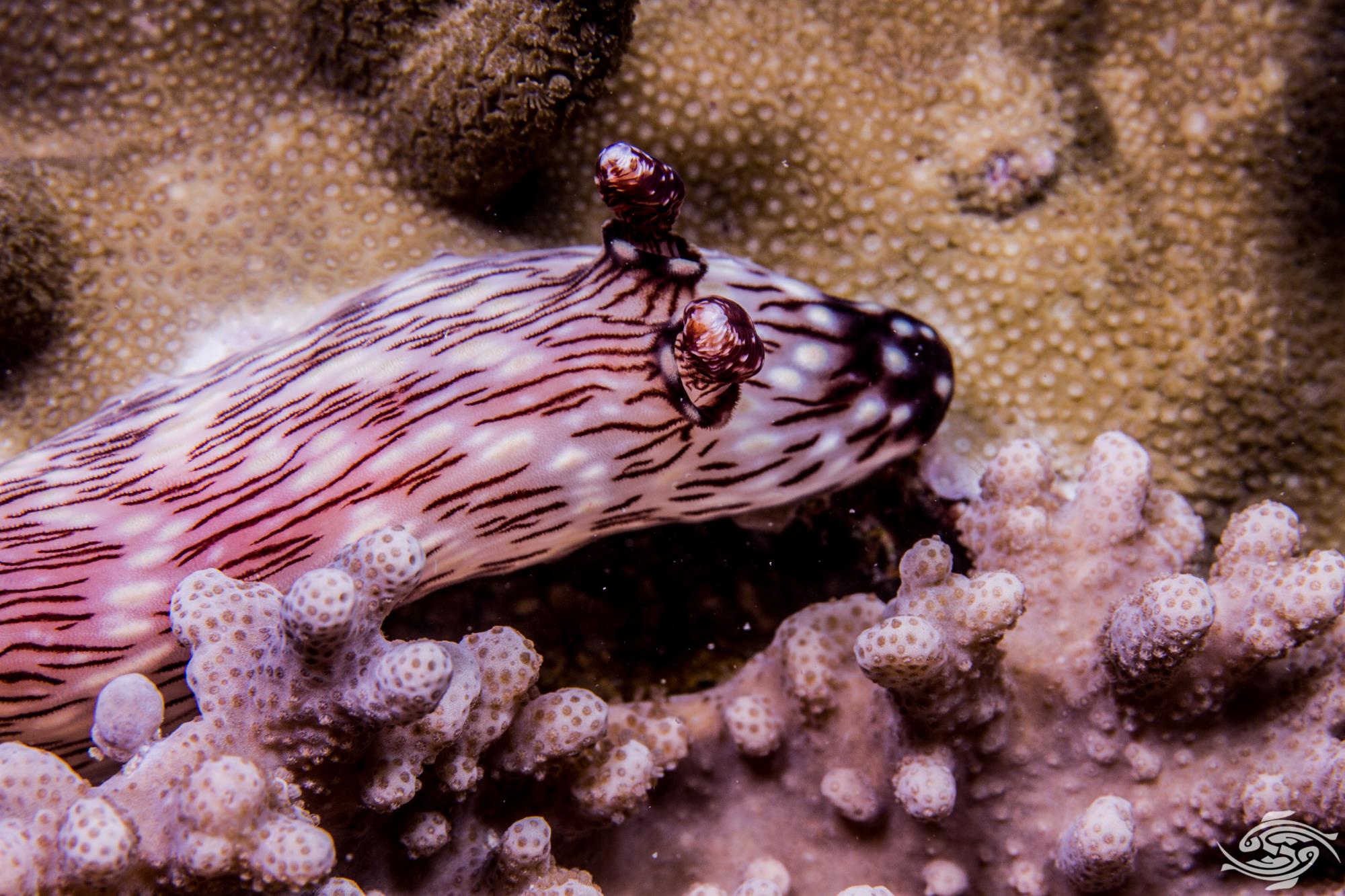 Jorunna rubescens feed mainly on certain species of sponge. They insert a tube into the sponge and emit fluids which partially digest it. This partially digested meal is then sucked into the body for further digestion. 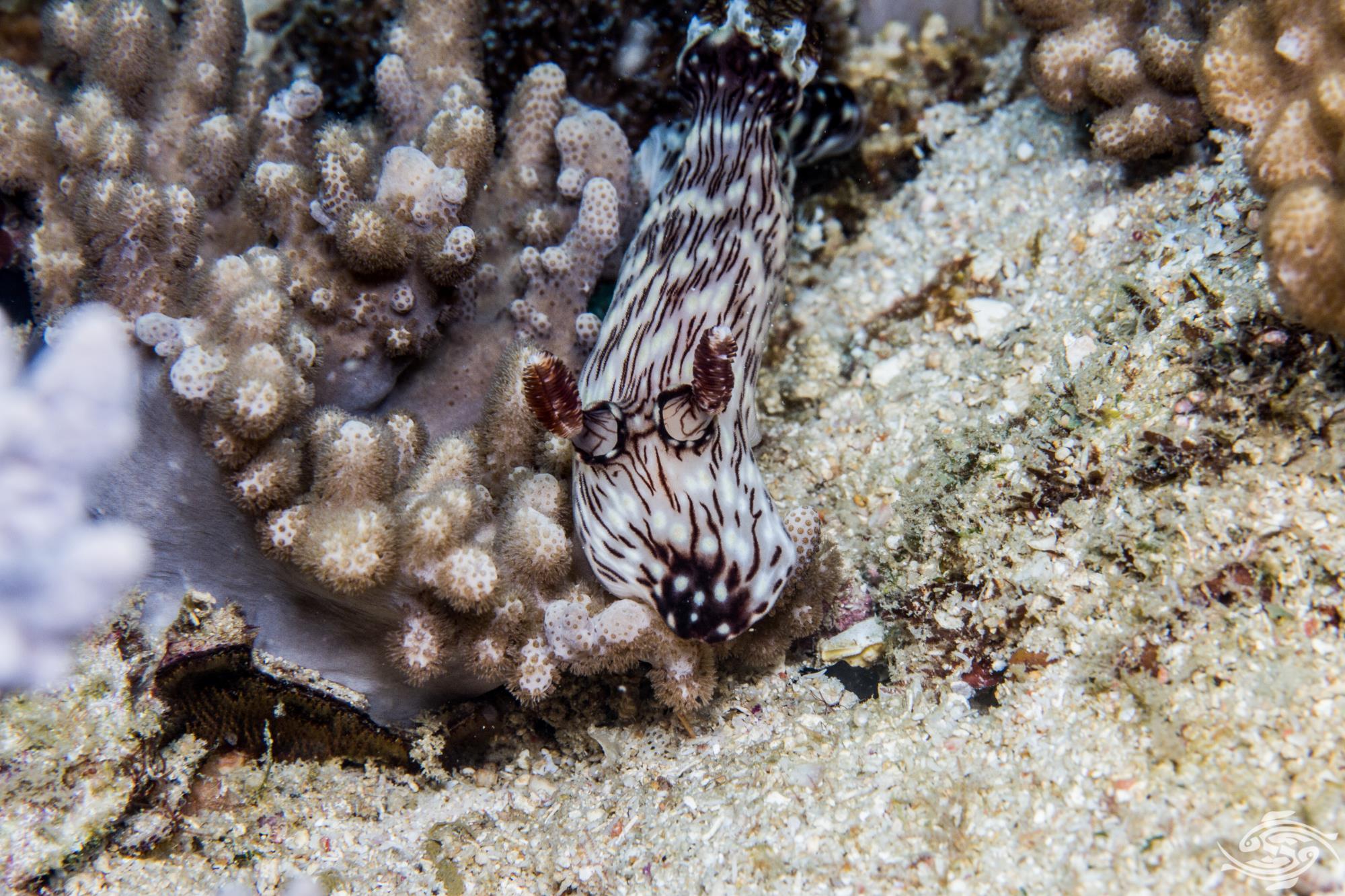 They are simultaneous hermaphrodites and mating takes place by connecting the sexual organs which are on the right hand side of the body. Once the two organs hook up sperm is transfered across to each specimen. Eggs are laid on a solid substrate in a ribbon and when they hatch the larvae become planktonic before growing into adults. The egg coils are pink in colour. 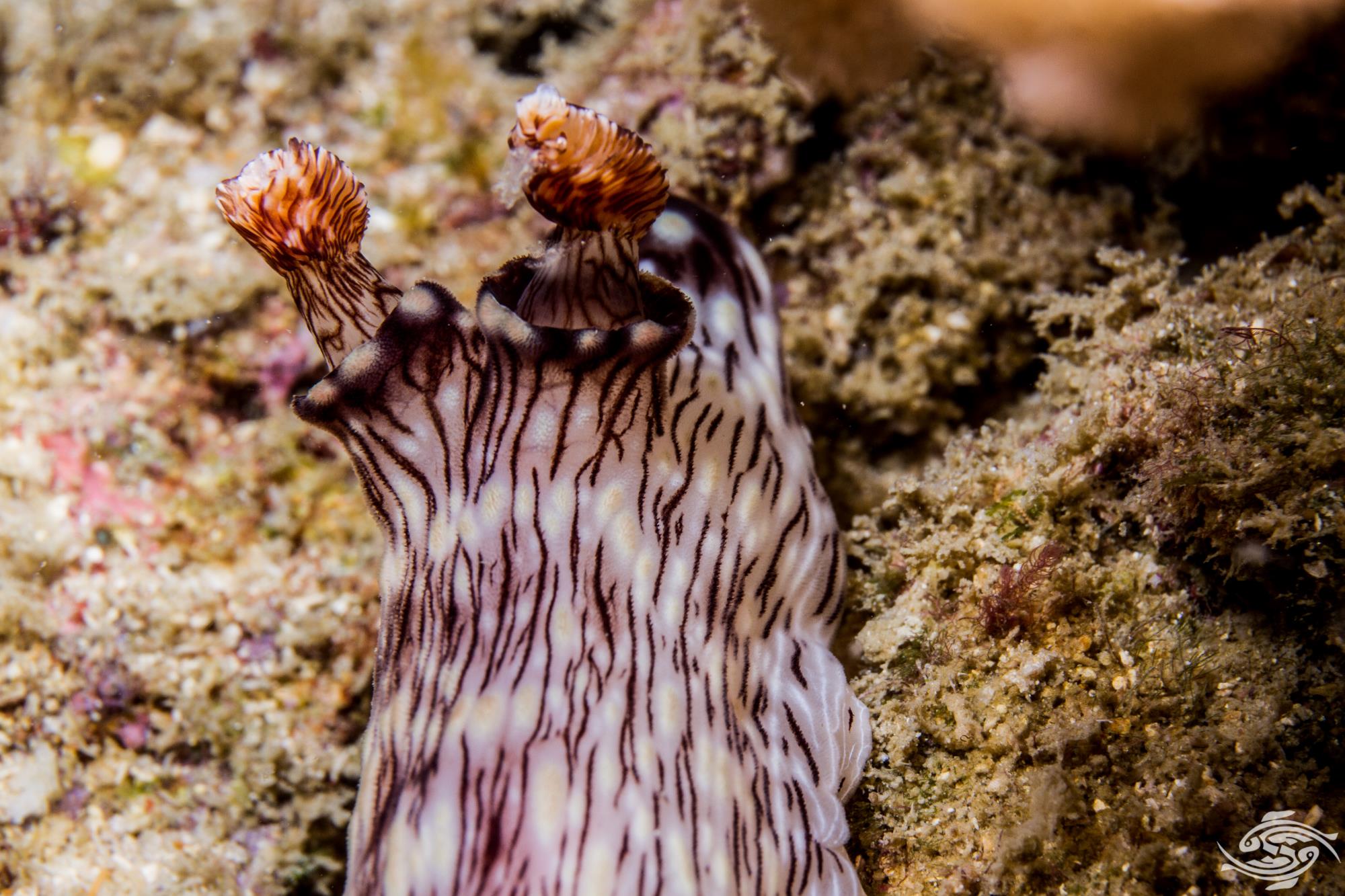 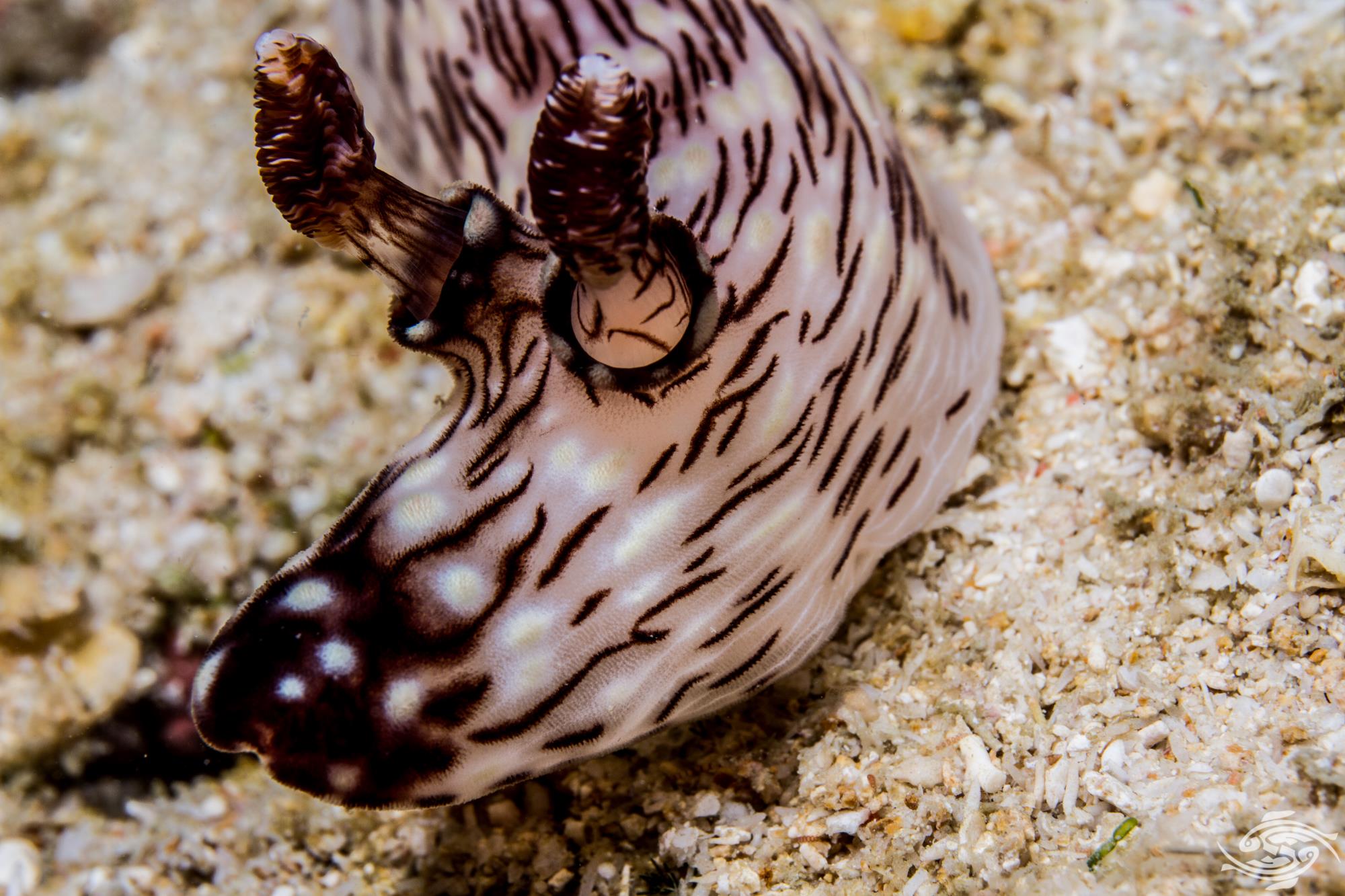 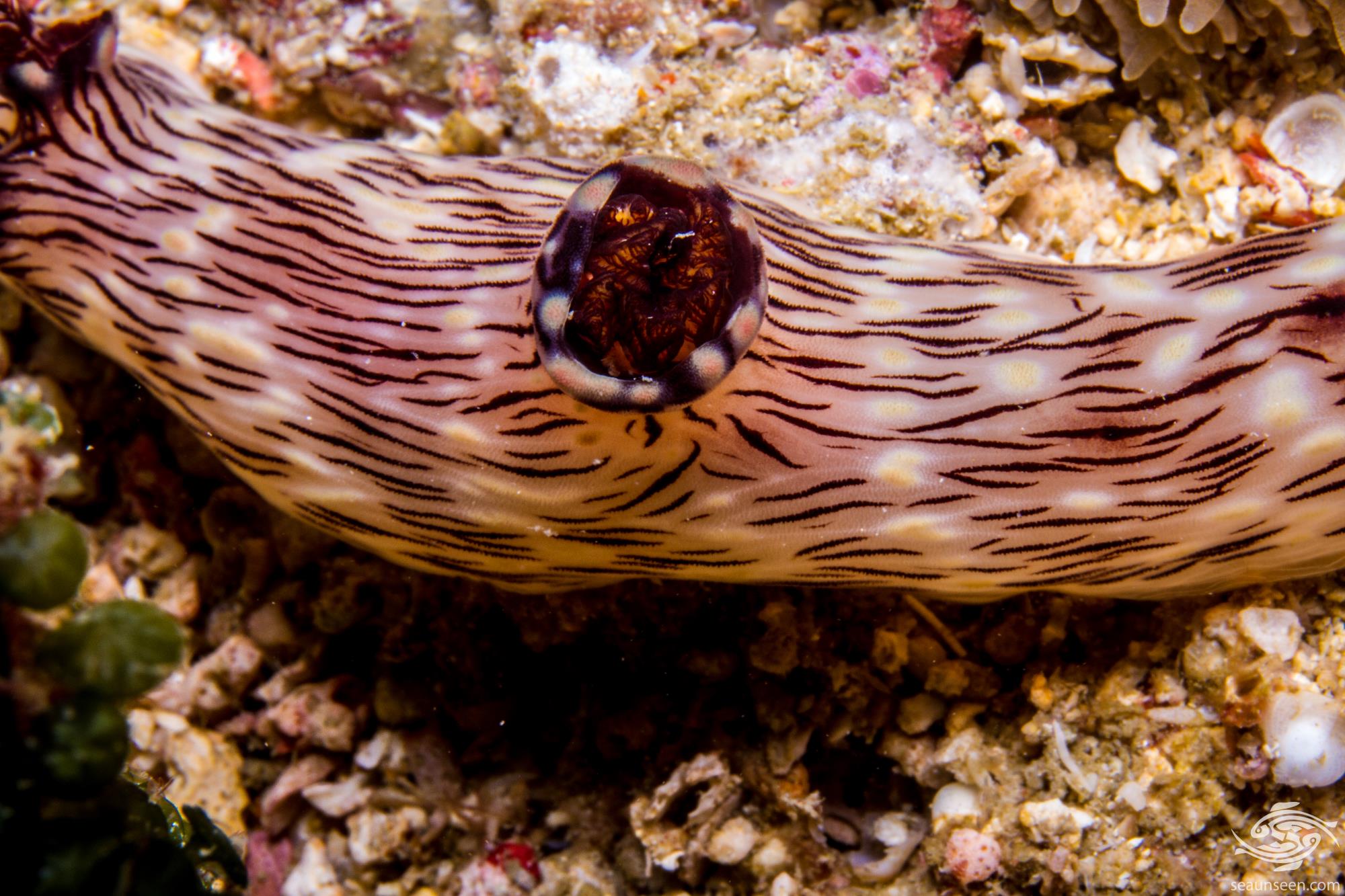 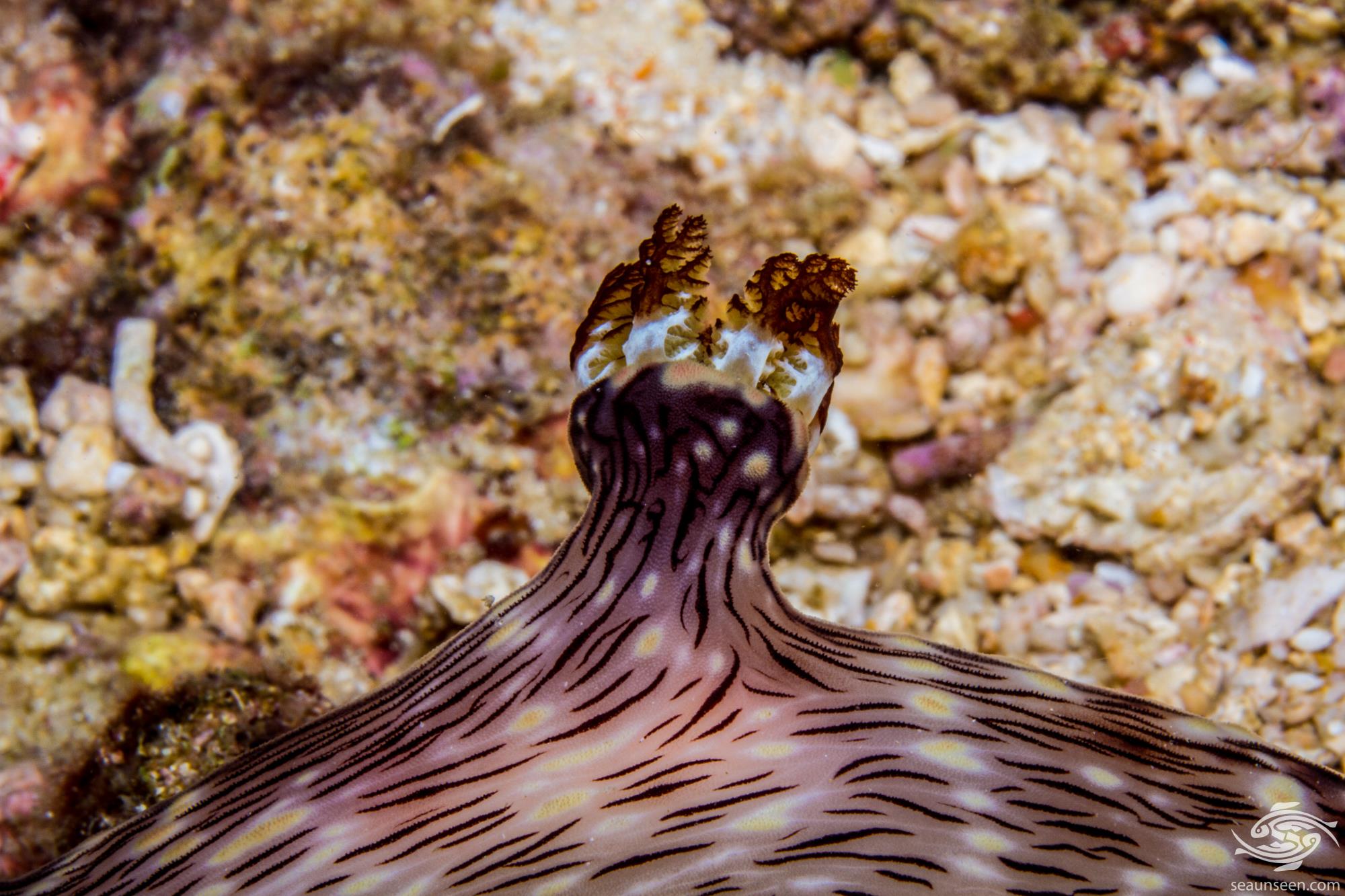