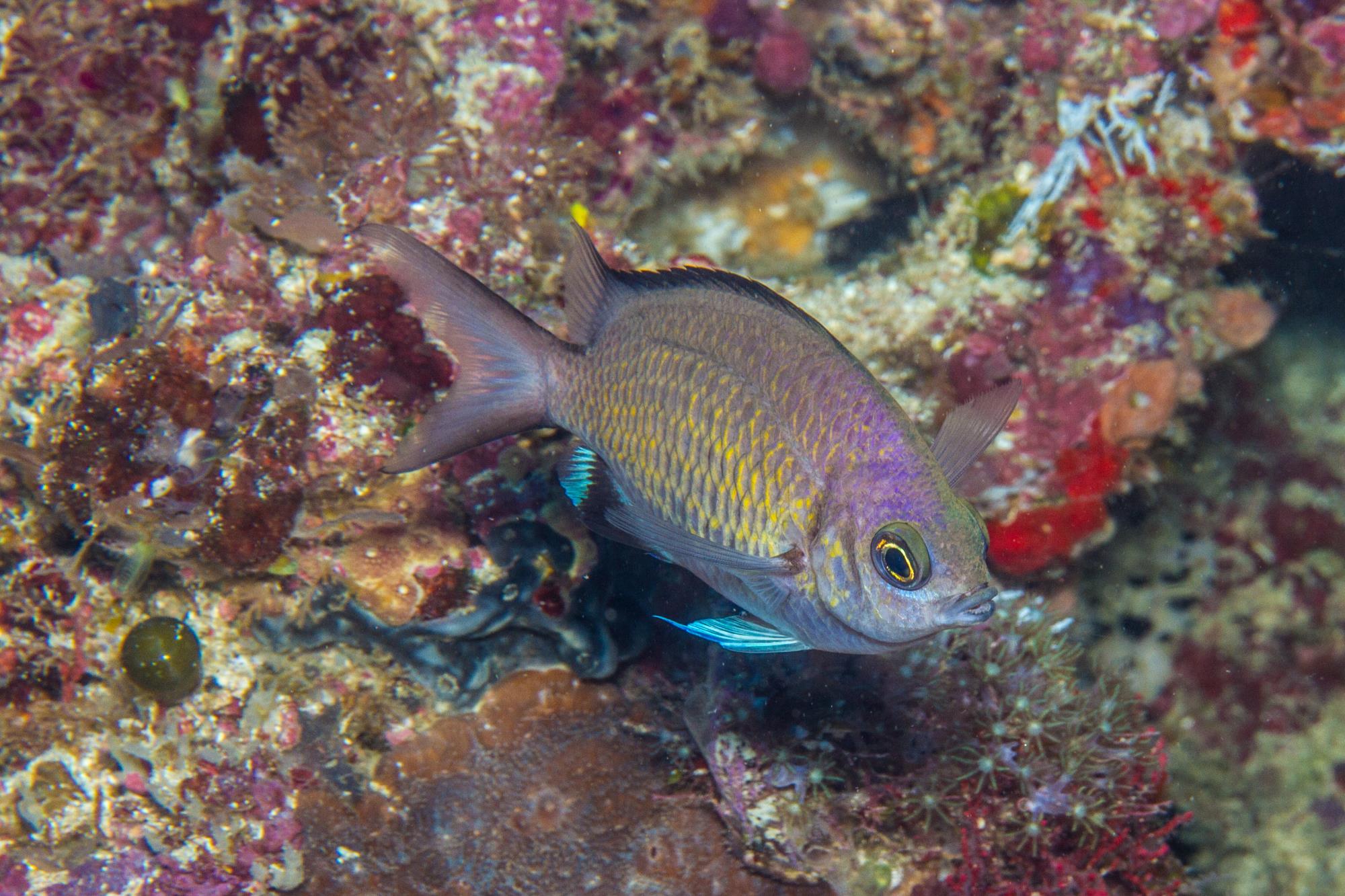 The Kenyan chromis (Chromis nigroanalis) was described by Allen in 1998. They are not common on the Tanzanian coast but in certain areas there are fair numbers of them. 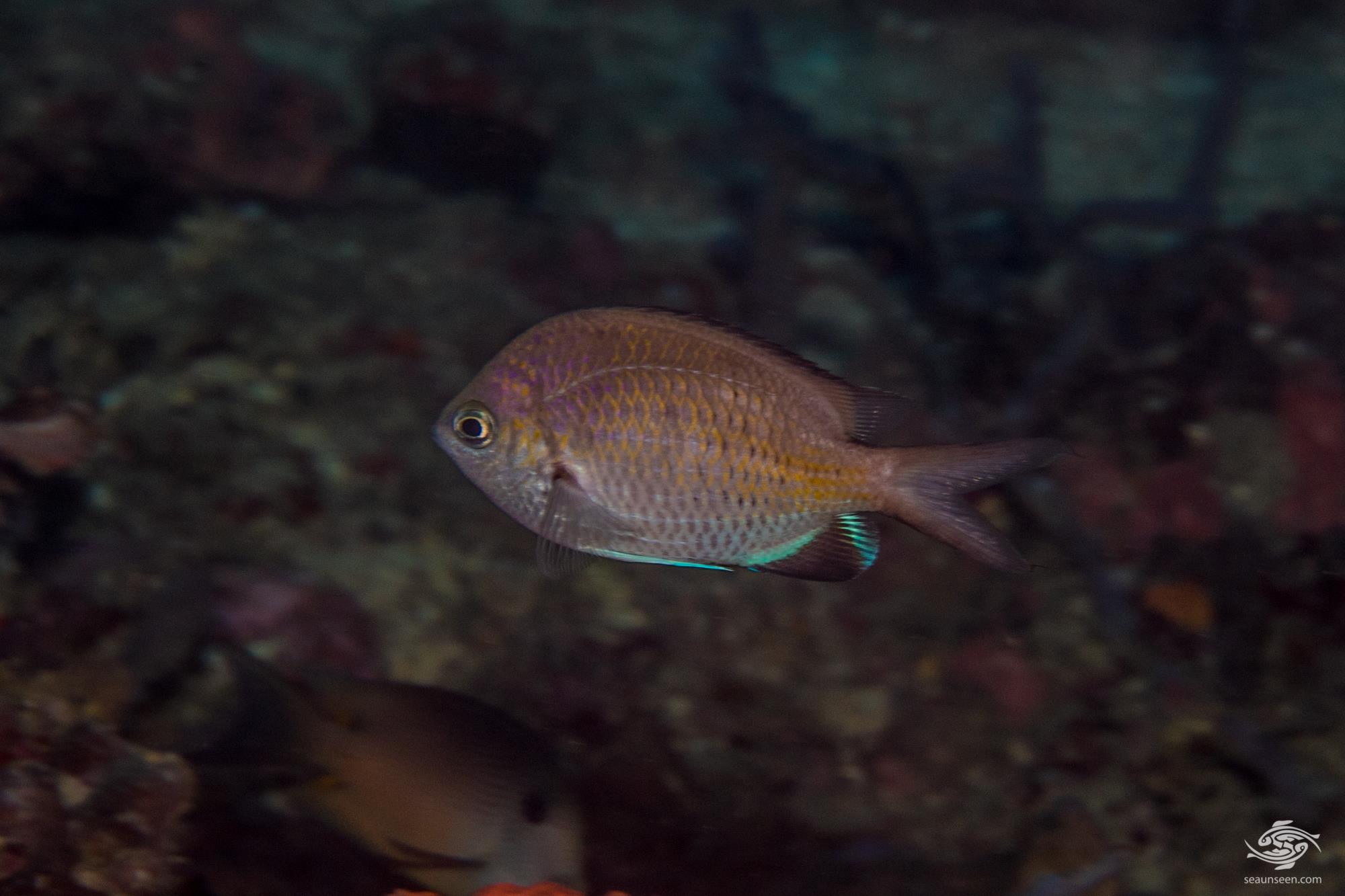 KENYAN CHROMIS IN THE WILD

They are not common fish on Tanzanian reefs. Usually they are seen on the outer reef slopes from 30 meters downwards.  They swim in loose shoals above the substrate and will swim off rather than go into hiding. They appear to be territorial and if one returns to the same spot they will be there. 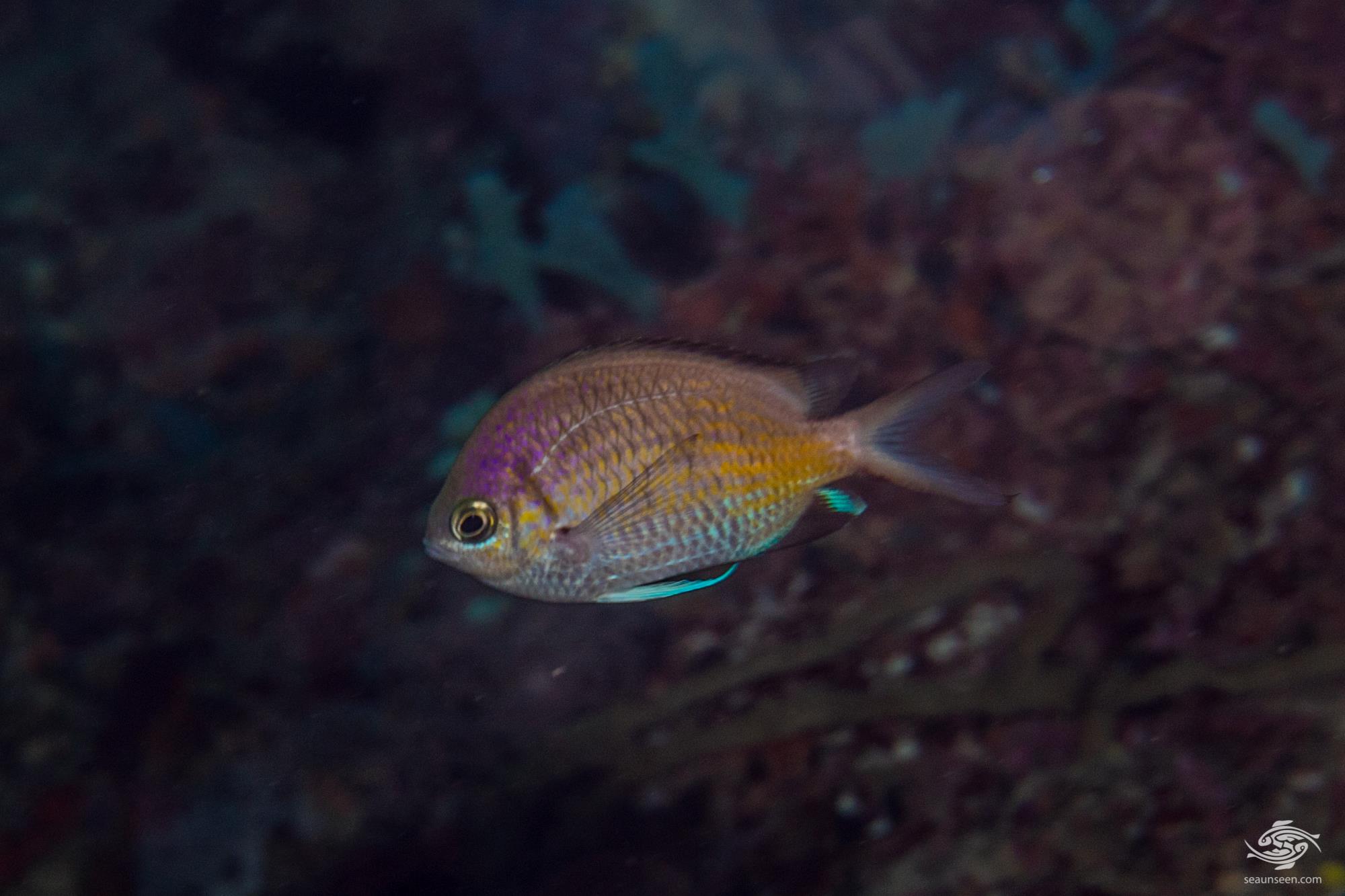 The Kenyan Chromis is found across the West Indian Ocean area from Tanzania northwards to the Red sea where there has been one sighting in Israel. They are found on the slopes off shore unprotected reefs from 30 meters down to at least 50 meters. 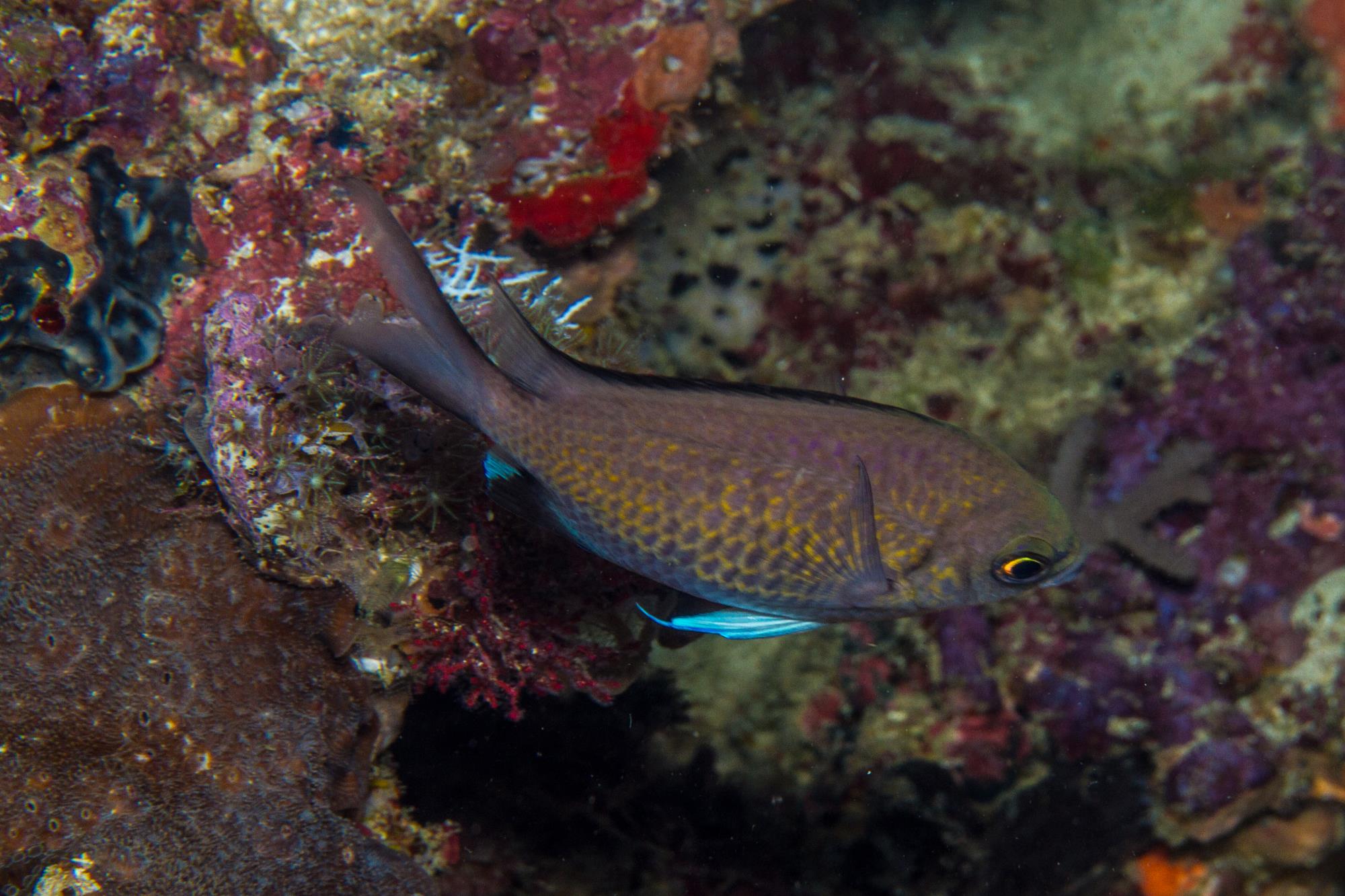 The Kenyan Chromis seem to feed on zooplankton from their behavior and little seems known of their feeding habits.

Although Damselfish are hardy fish and would be easy to keep in an aquarium,  they would undoubtedly be highly territorial. It is almost a certainty that they will harass and beat up more peaceful fish. For this reason few people keep the damselfish.
SEE OUR OTHER POSTS ON DAMSELFISH

Identified with assistance from Benjamin Victor