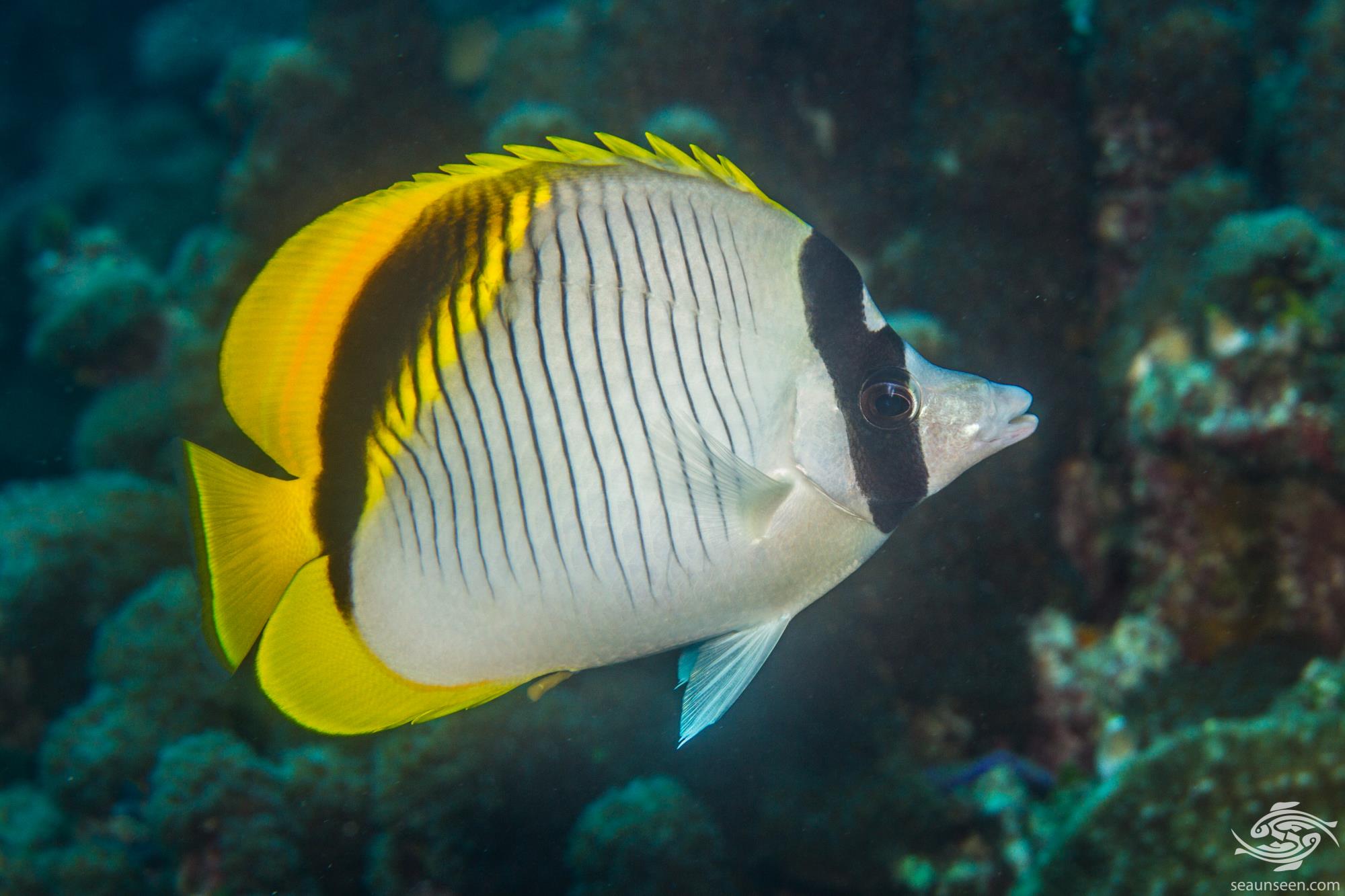 The body of the Lined Butterflyfish is a typical butterflyfish shape, laterally compressed and oval with a pointed nose. The main body color is white with solid thin black vertical stripes down the main part of the body. On the rear upper body there is a black stripe that follows the body tapering down to a point in the caudal area. A yellow line is immediately adjacent to this area allowing the vertical black stripes to show through. 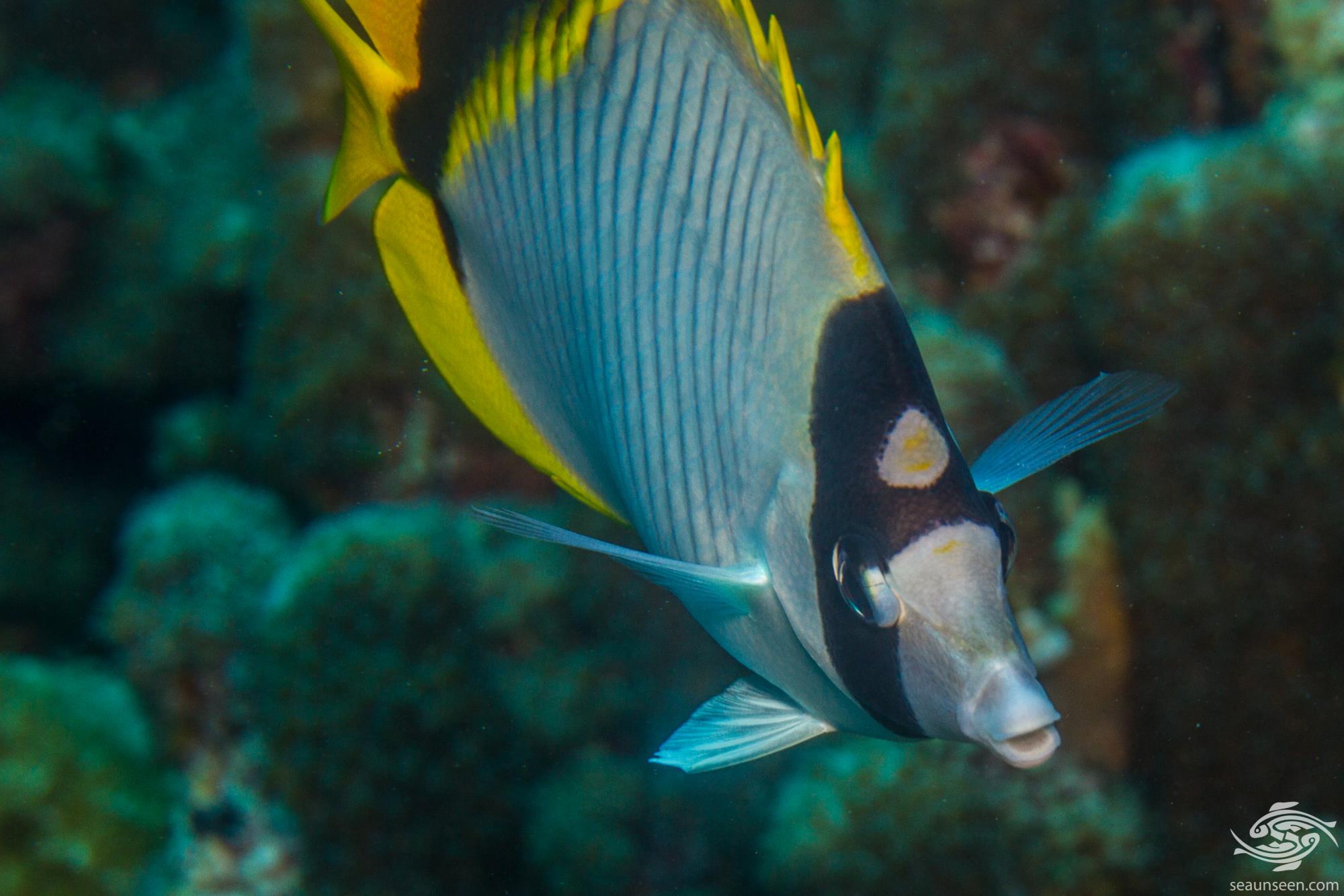 LINED BUTTERFLYFISH IN THE WILD

The Lined butterflyfish are mainly seen on deeper reefs in Tanzania usually in pairs but sometimes singularly. They are reputed to live for up to ten years in the wild although there is reportedly unpublished evidence of them living for up to fifty years.  In Tanzania they are usually found in coral rich areas with a fair amount of current.

Lined butterflyfish are found from South Africa, north to the Red Sea and across to Southern Japan, down to the Great Barrier Reef in Australia and Lord Howe Island and across to Hawaii.  They are  found from 2 to 170 meters in depth but in Tanzanian waters but are more common below 15 meters. 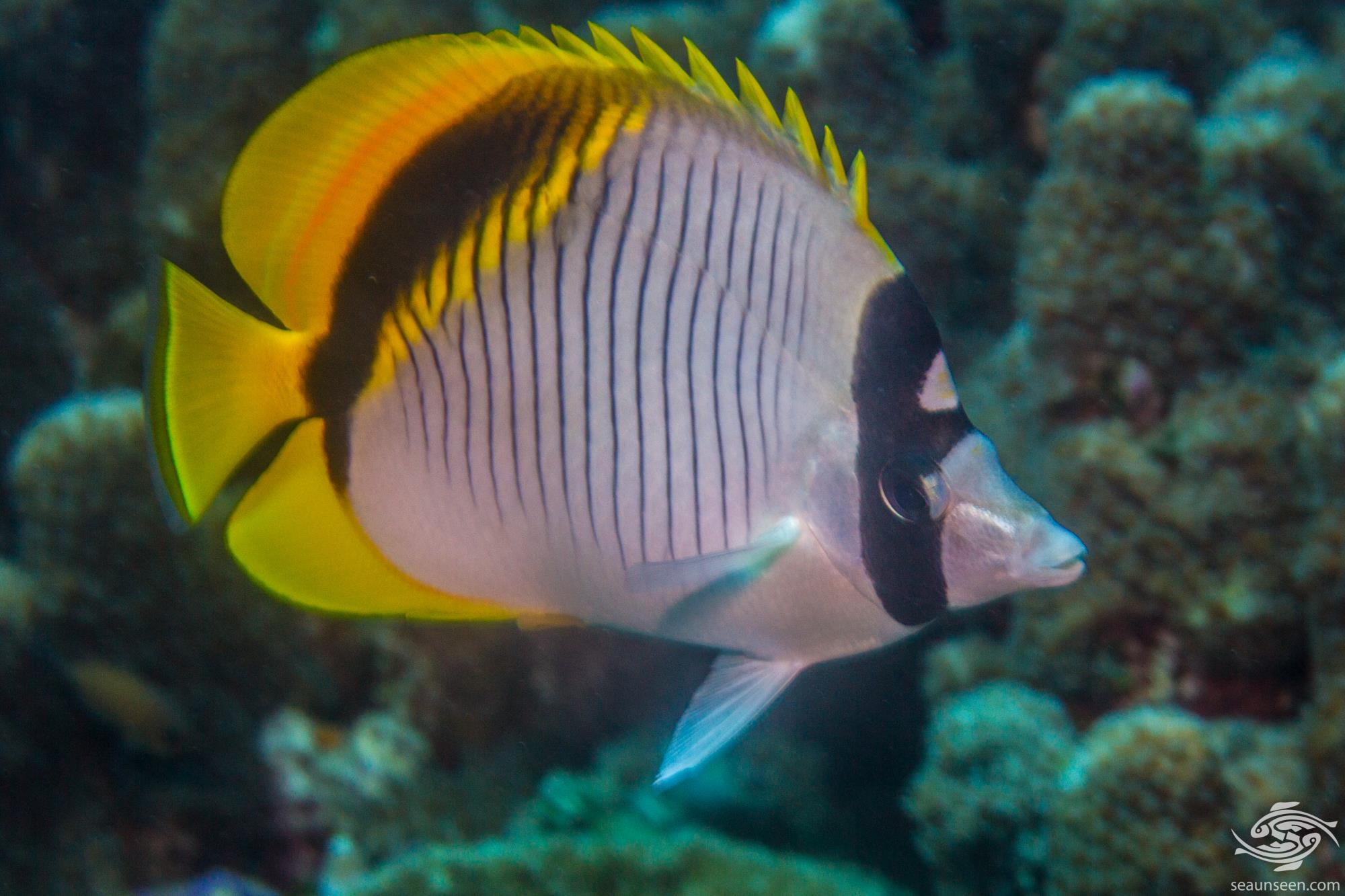 Lined butterflyfish are omnivores and feed on a variety of foods ranging from algae, tubeworms, nudibranchs, anemones, coral polyps and small benthic crustaceans.

Little is known about the mating habits of the Lined Butterflyfish. They are often seen in pairs.  As with most Butterflyfish, the female swells with eggs and spawning takes place by scattering into the water table with the male fertilizing the eggs. 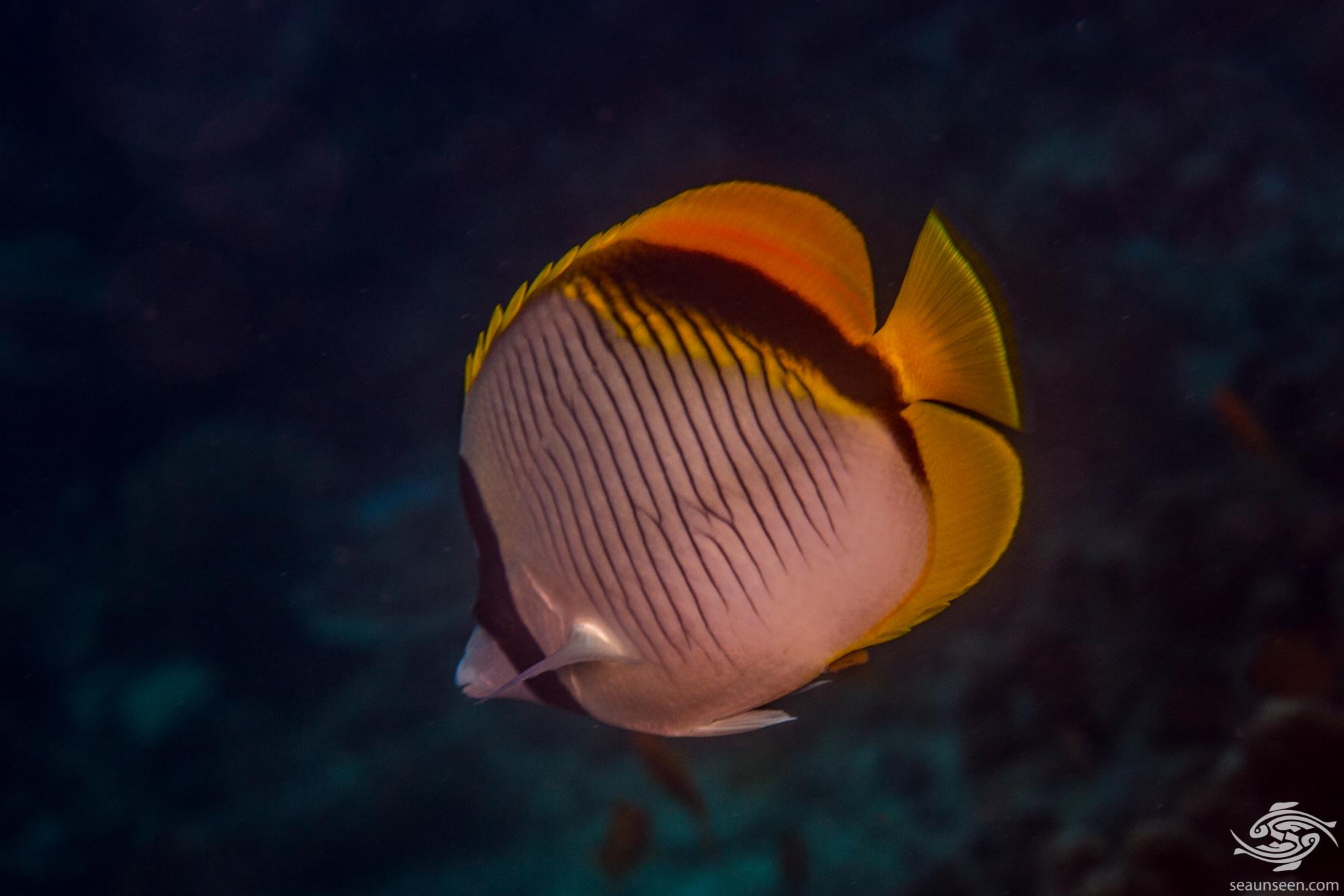 Lined butterflyfish are sometimes kept in aquariums but due to their habit of picking on anemones, coral and other invertebrates are not that commonly kept. Their potential size of up to 30cm would require a very large aquarium. They are not reef safe. 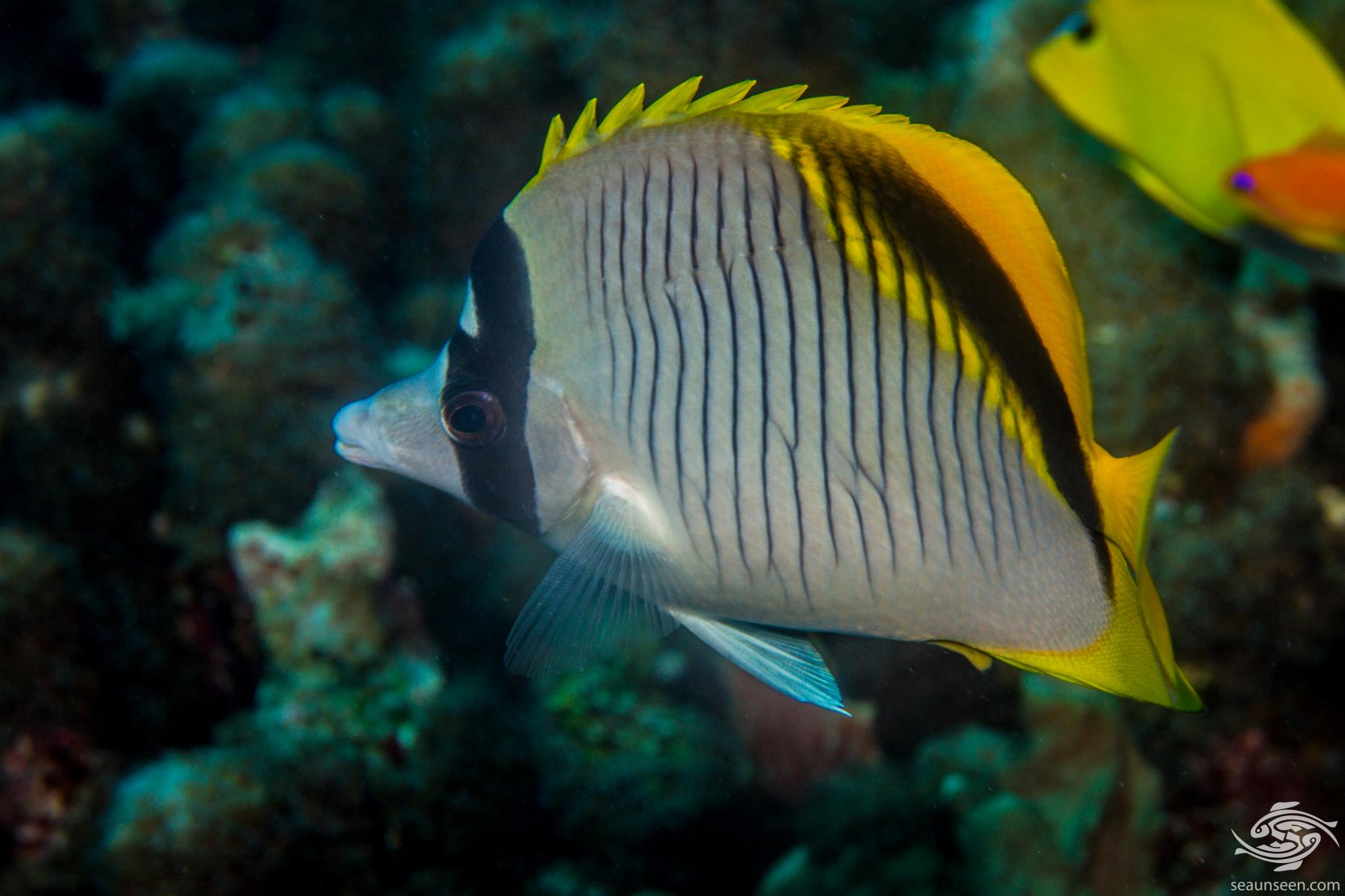