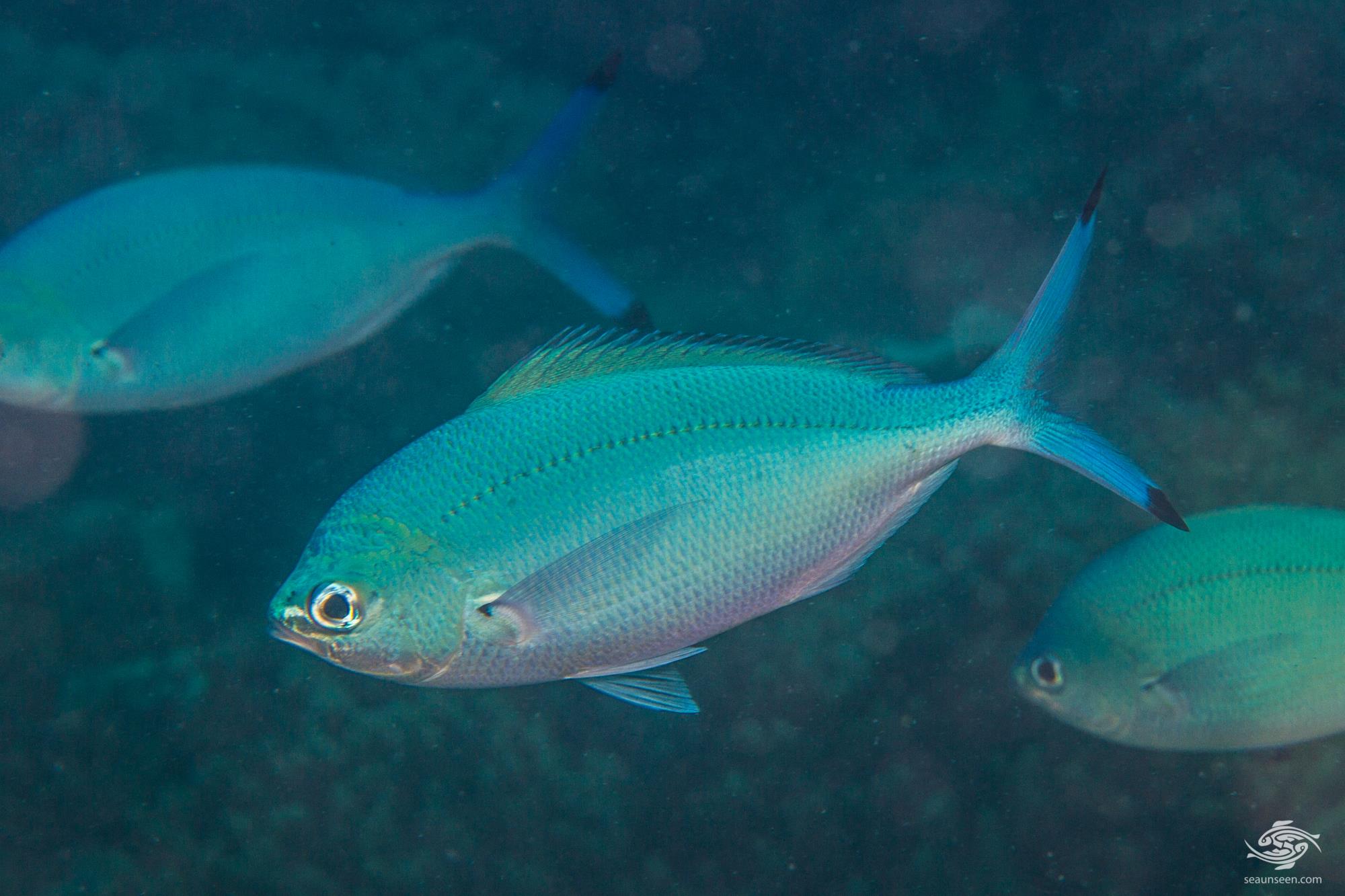 The Lunar Fusilier (Caesio lunaris) is also known as the Blue Fusilier and the Moon Fusilier. They are not as common as the other Fusiliers on the East African coast and we have not seen them swimming with other species of Fusilier which is common with the other species.

The Lunar Fusilier has a slightly deeper body than other species of Fusilier and the body is not as cylindrical or torpedo shaped as the typical Fusilier. The tail is however highly forked which is typical of this family. The body colour is an iridescent light blue green colour with a prominent lateral line running across it. The fins are blue and the deeply forked caudal fin has black marks on the tips of the rays. Although they are not as brightly colored as some of the other Fusiliers, they nevertheless make an attractive sight in clean water.  They grow up to 40cm in length and are slightly larger than most of the other Fusiliers in their family.

LUNAR FUSILIER IN THE WILD

The Lunar Fusilier is usually seen in shoals of several hundred fish just above steep drop offs or off the edge of the drop off in the blue. The shoals tend to travel at high speed. They are not common and we have only seen them on a few occasions on the Tanzanian mainland coast. They seem more common on Zanzibar and Mafia Island.

The juveniles are sometimes seen solitary on the reef usually hiding in corals or under overhangs. As with other species of Fusilier, they are curious and will usually come up to divers to inspect them before moving off. 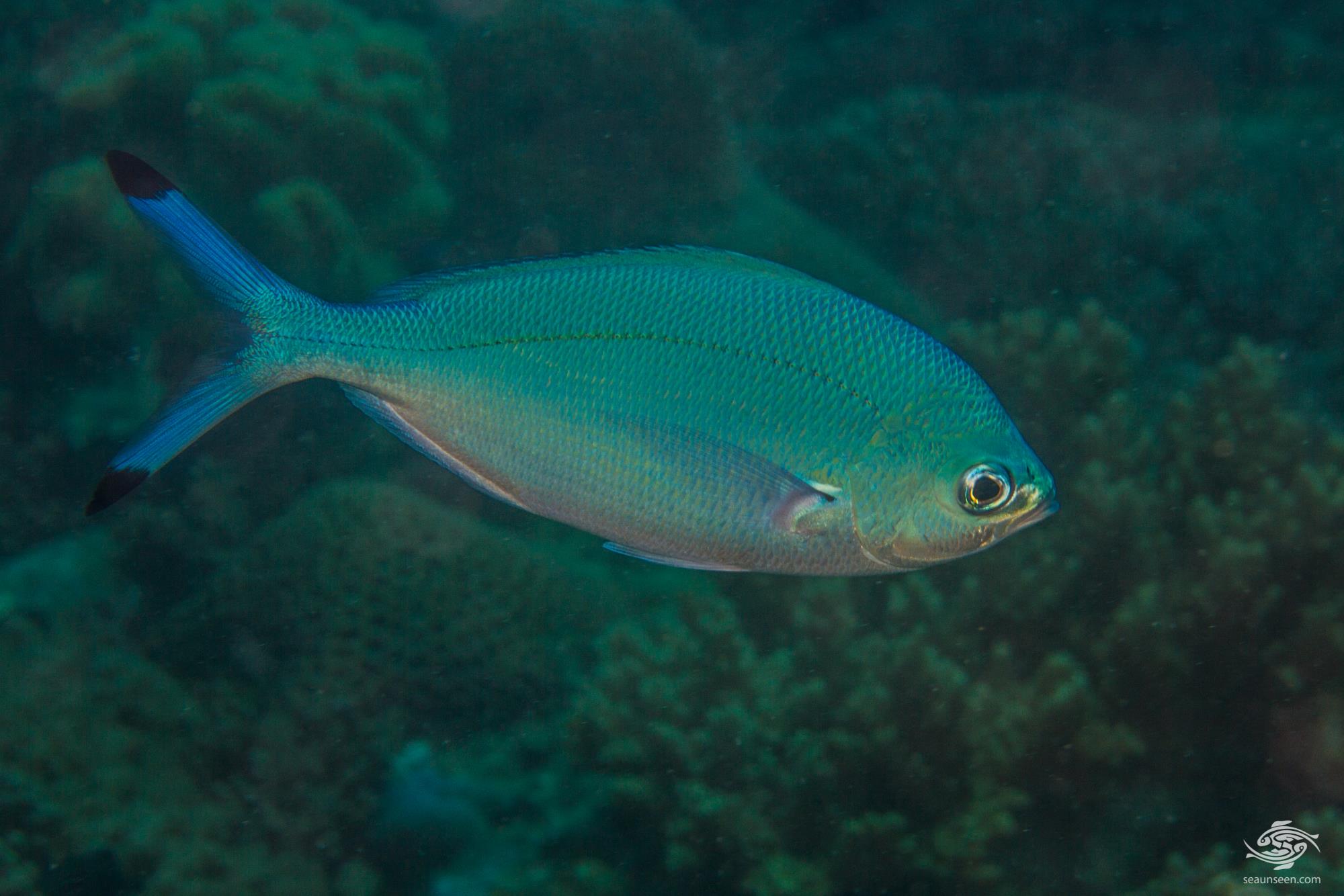 The Lunar Fusilier has a wide distribution and is found from the east coast of Africa across to southern Japan, down to Australia and across to the mid Pacific islands.  They seem to favor  depths of 12 to 20 meters but are found from 4 to 60 meters. 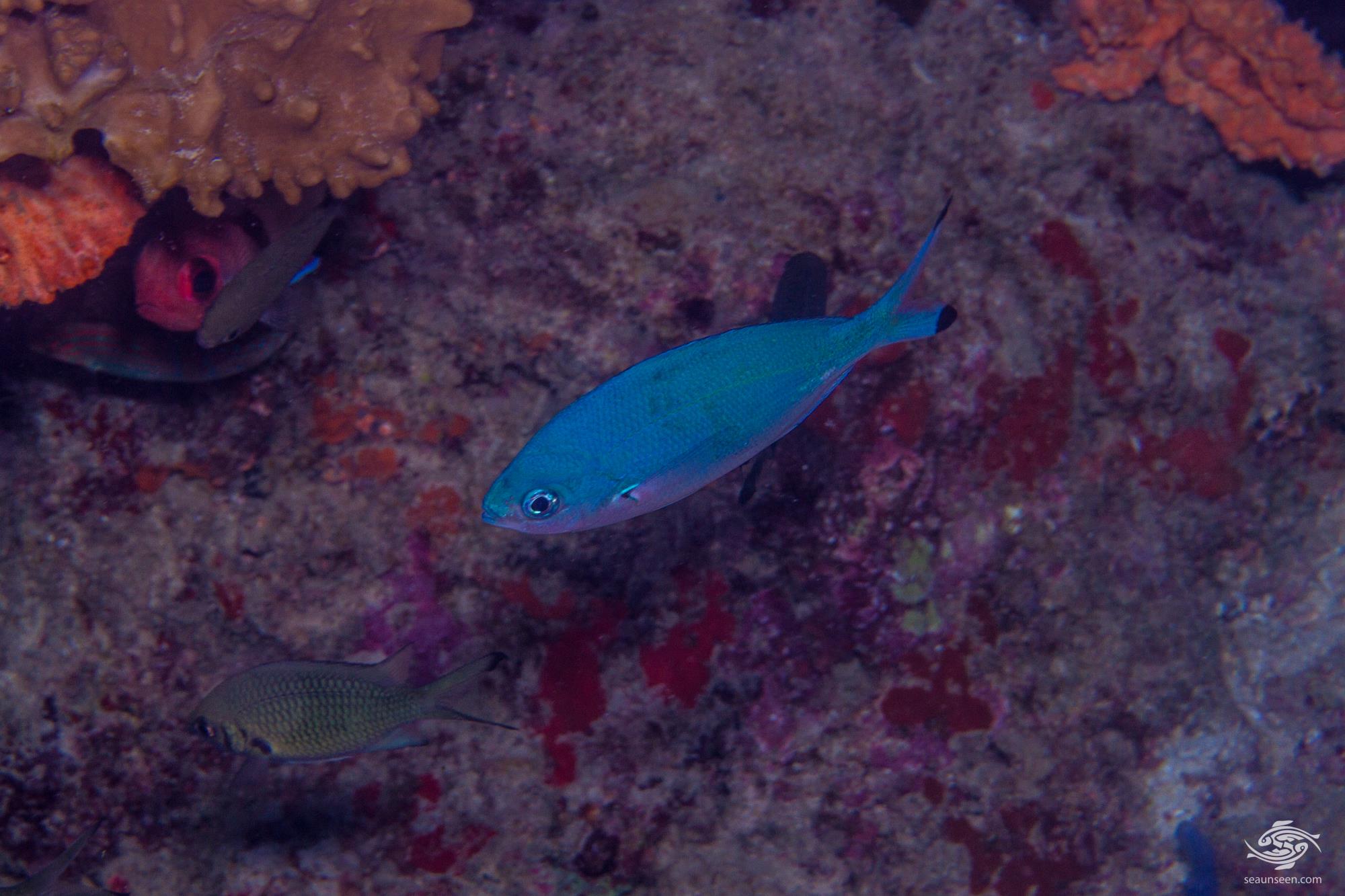 The Lunar Fusilier feed exclusively on plankton and their upper jaw is extendible which allows them to pluck plankton out of the water table. They are preyed upon by gamefish such as Tuna.  In parts of their range they have been heavily overfished, mainly by netting. 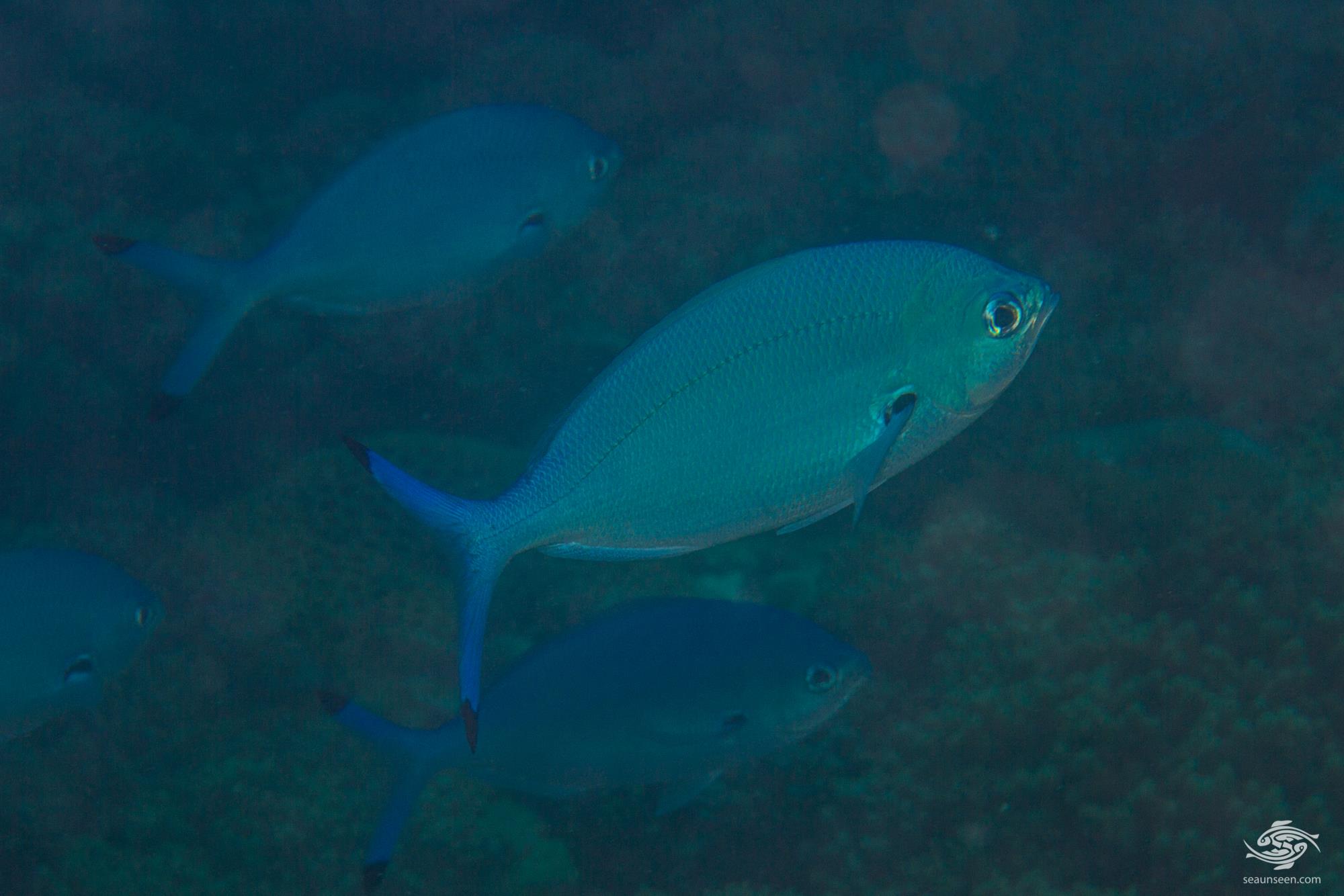 The Lunar Fusilier group spawn at dusk usually on a slack tide and research indicates that they are capable of releasing large numbers of eggs. The eggs once released into the water table hatch after a few days and the juveniles are planktonic for a period of time.