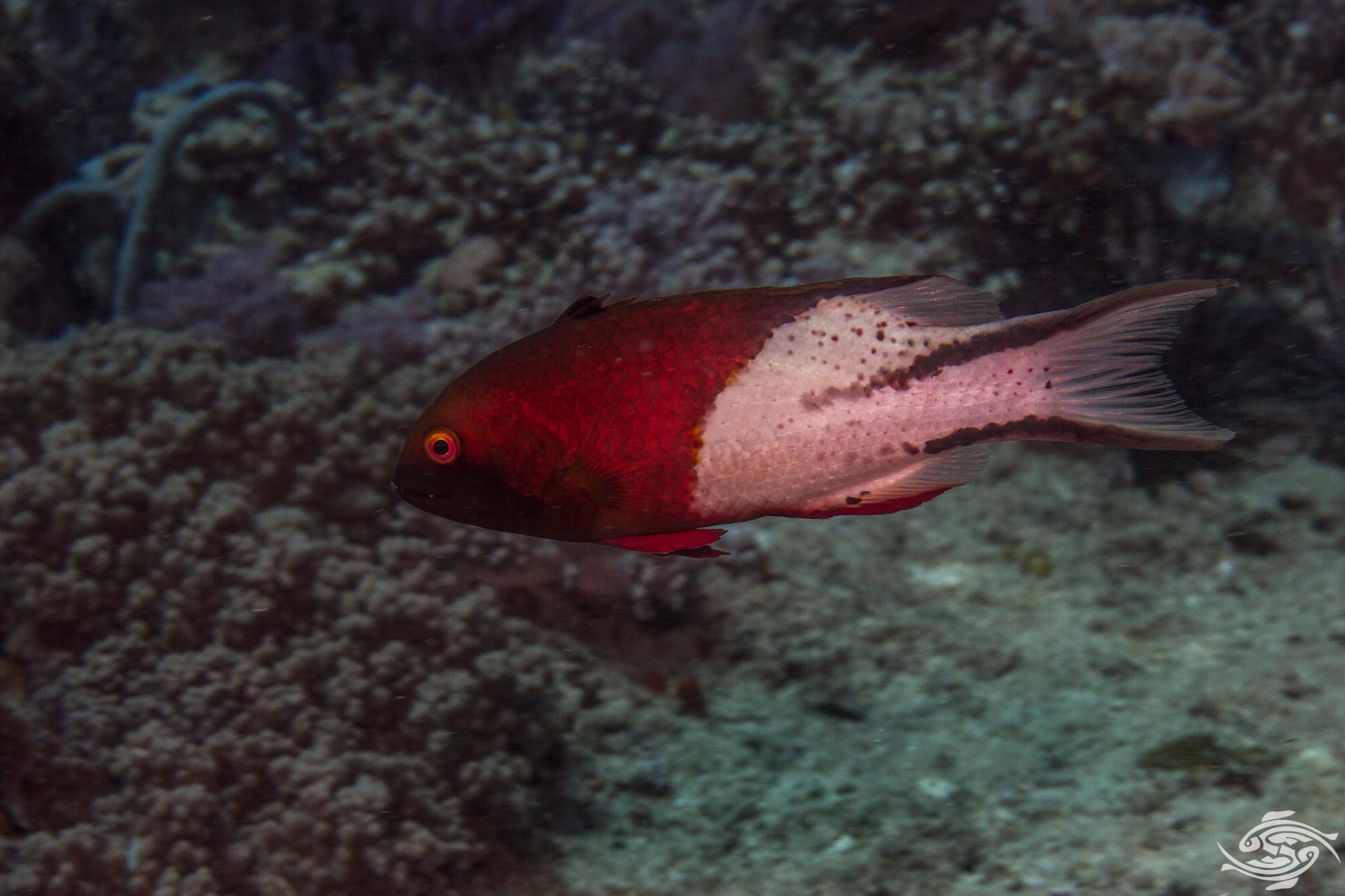 The Lyretail hogfish (Bodianus anthioides) is one of the Labridae family that looks completely different as a juvenile (below) when compared to the adult (above). They are not common fishes on the Tanzanian coast but neither are they rare. 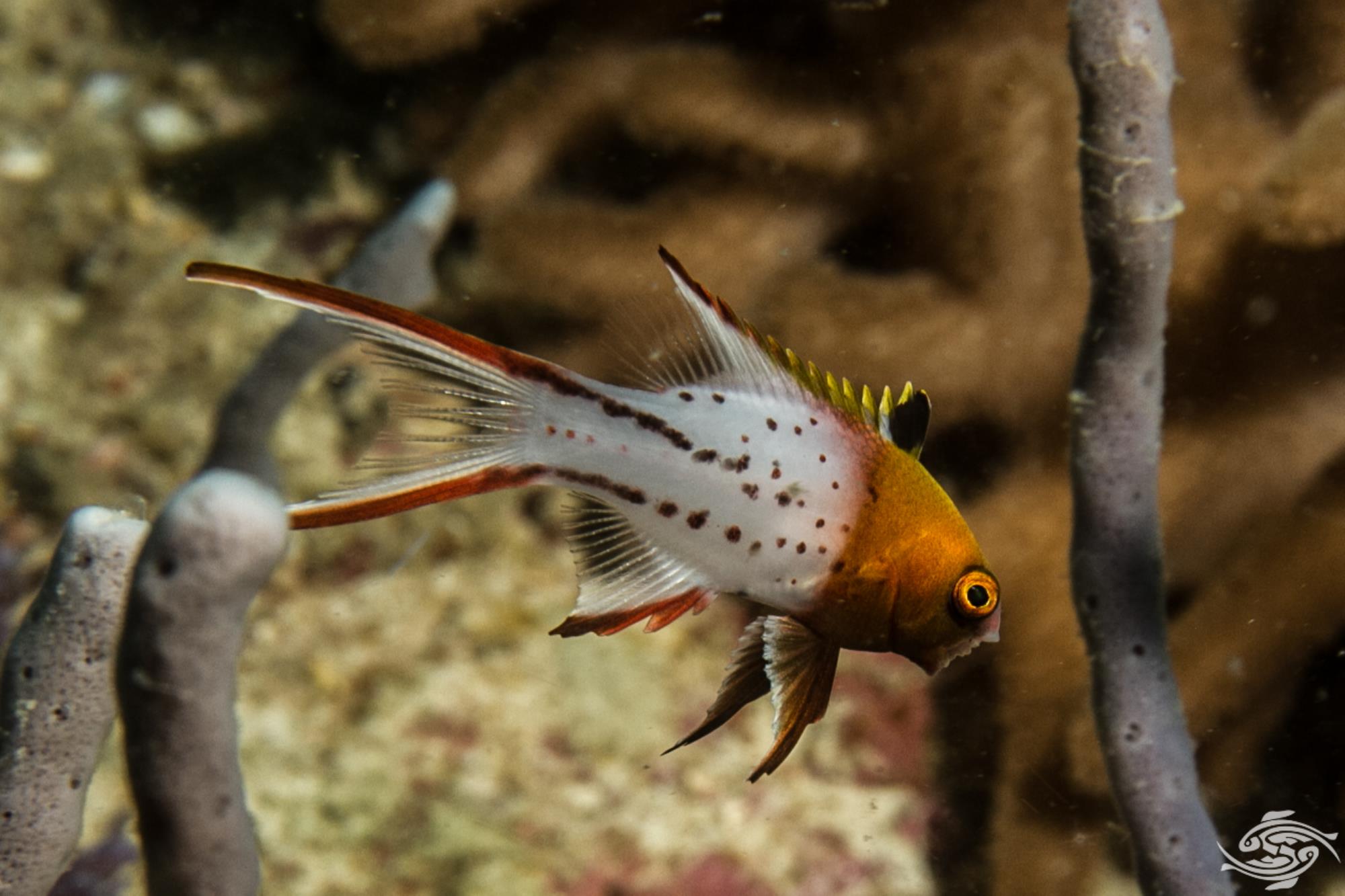 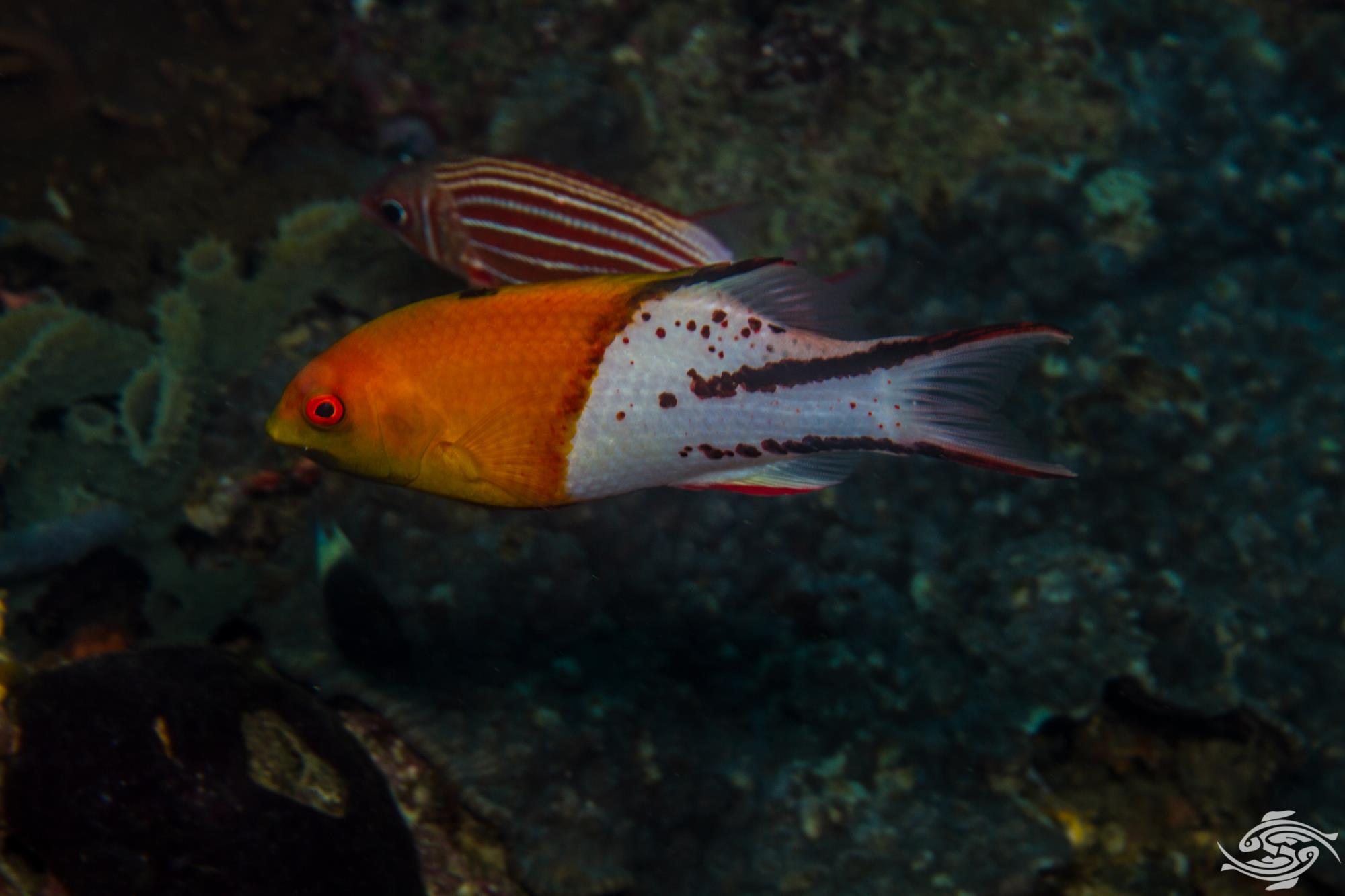 As the fish grows so the brown orange – white separation is preserved but the body lengthens on a proportional basis. The center rays of the caudal fin grow out and a brown sometimes blackish area develops on the lower chin. They grow up to 21cm in the wild but it is rare to see one this size, they are usually about 15 to 18 cm as mature males. 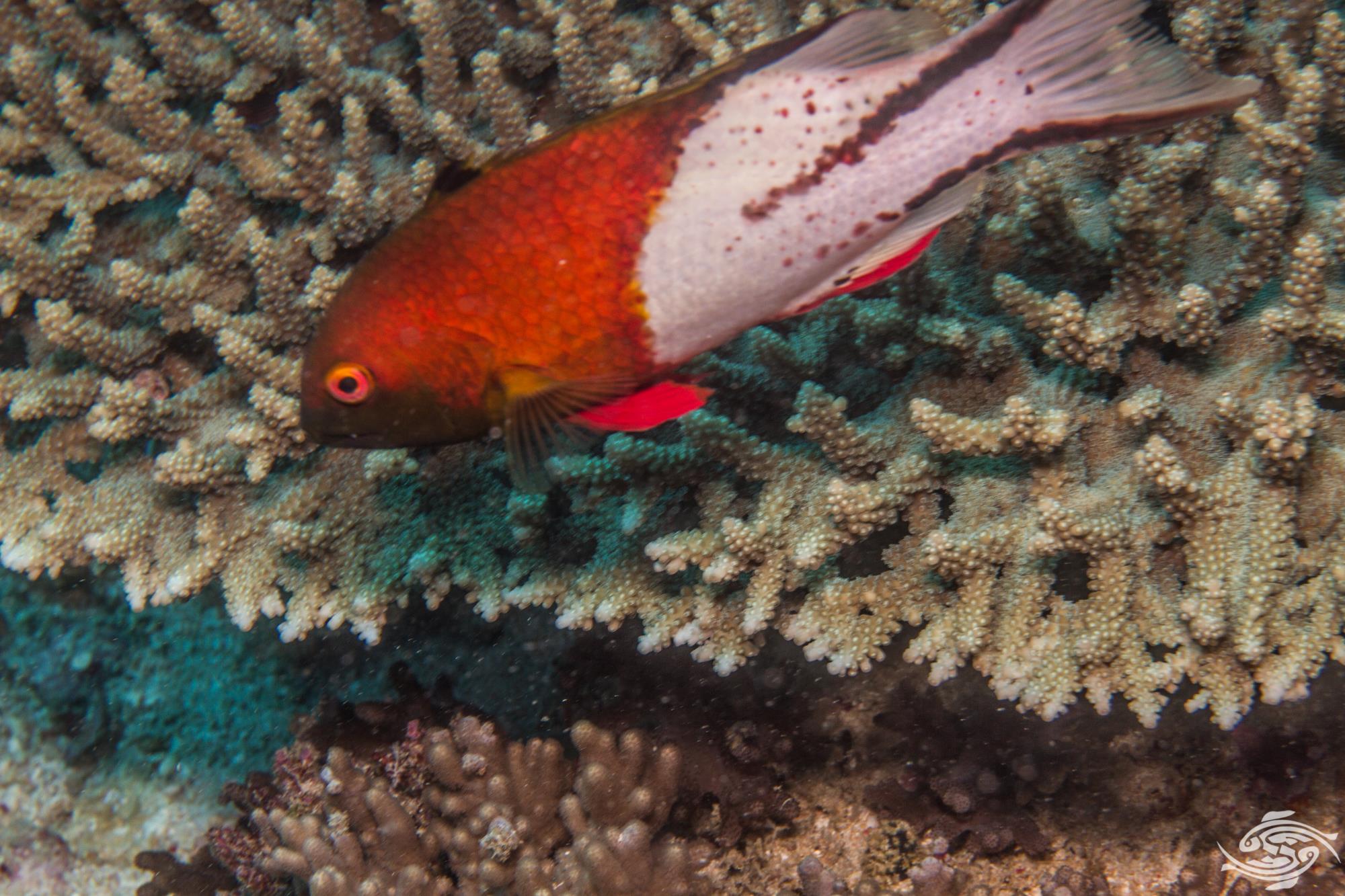 LYRETAIL HOGFISH IN THE WILD

The Lyretail Hogfish is usually seen from depths of 12 meters down to at least 30 meters. The juveniles are more common on the top of coral rich reefs at around 10 to 12 meters whereas the adults are more common slightly deeper from about 15 meters downward. They are almost always seen singularly and it is rare to more than one together. 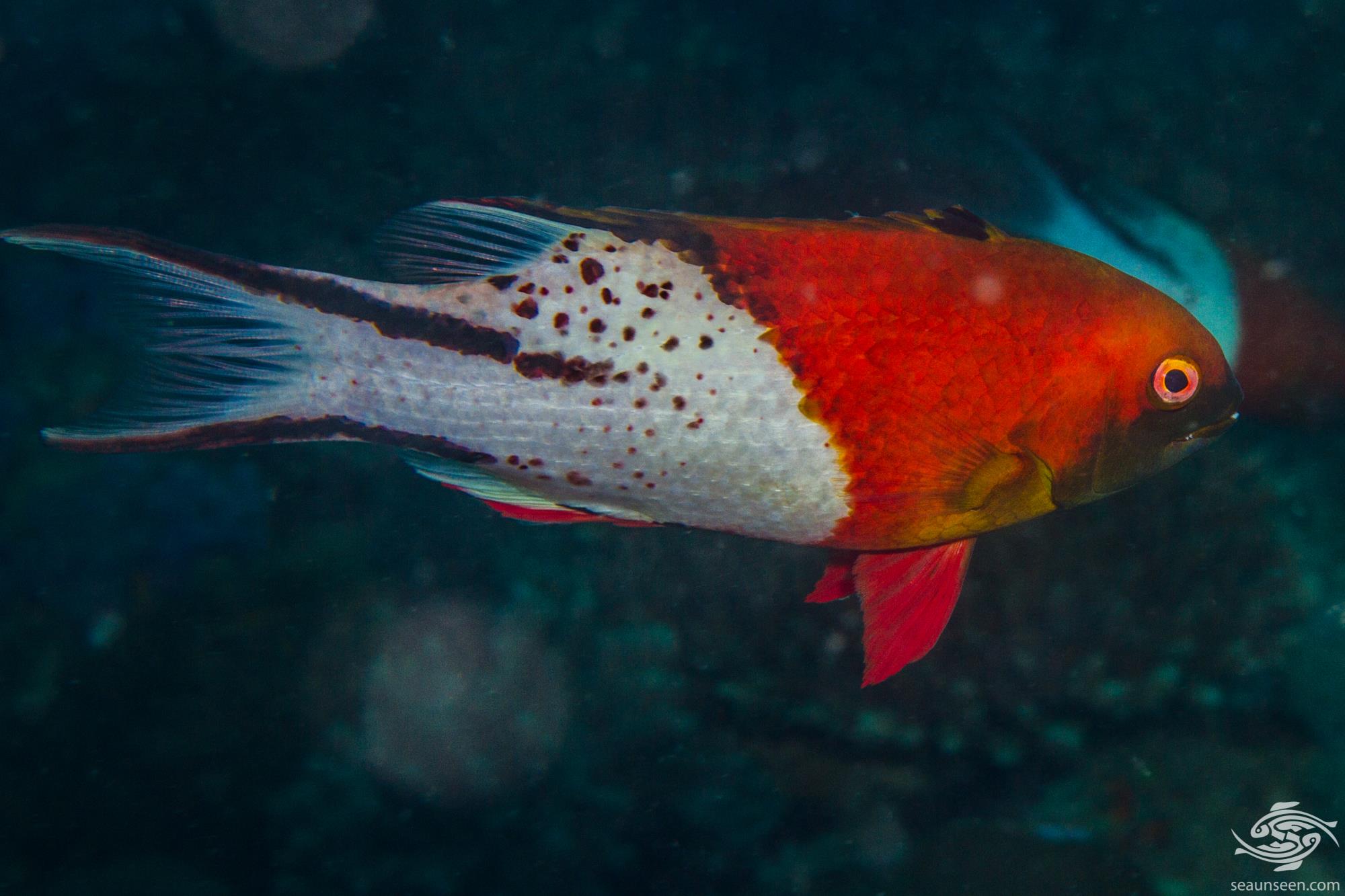 The juveniles are usually seen close to thick cover whereas the adults are often seen feeding over the reef. They will at times join schools of goatfish feeding across the reef. They are mainly seen on the rubble and sandy areas between corals and tend to swim low close to the bottom. Once they see a diver approaching they will dart under an overhang, making them quite difficult fish to photograph. 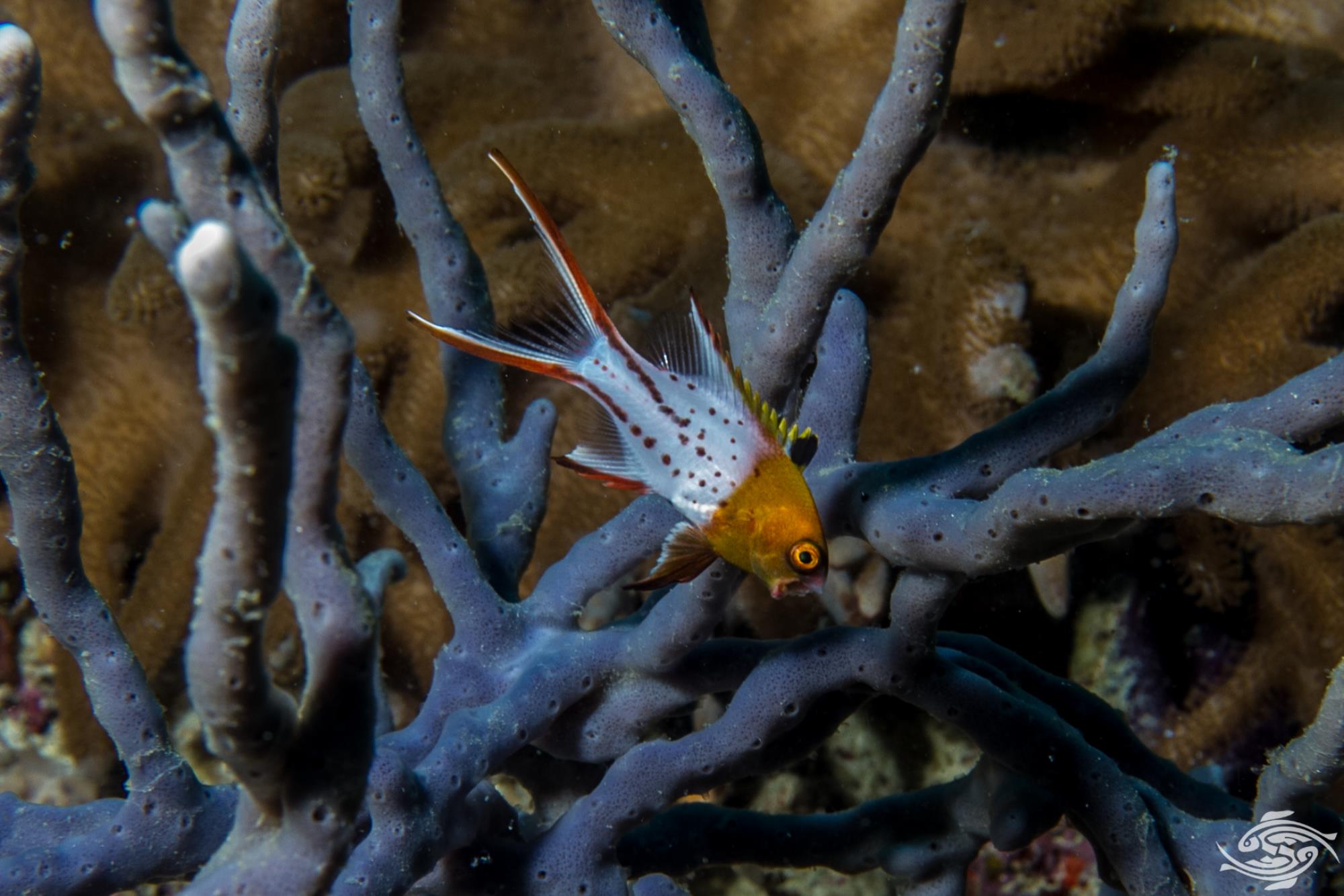 The Lyretail Hogfish is found across the Indo West Pacific area from East Africa to Okinawa and south to eastern Australia. 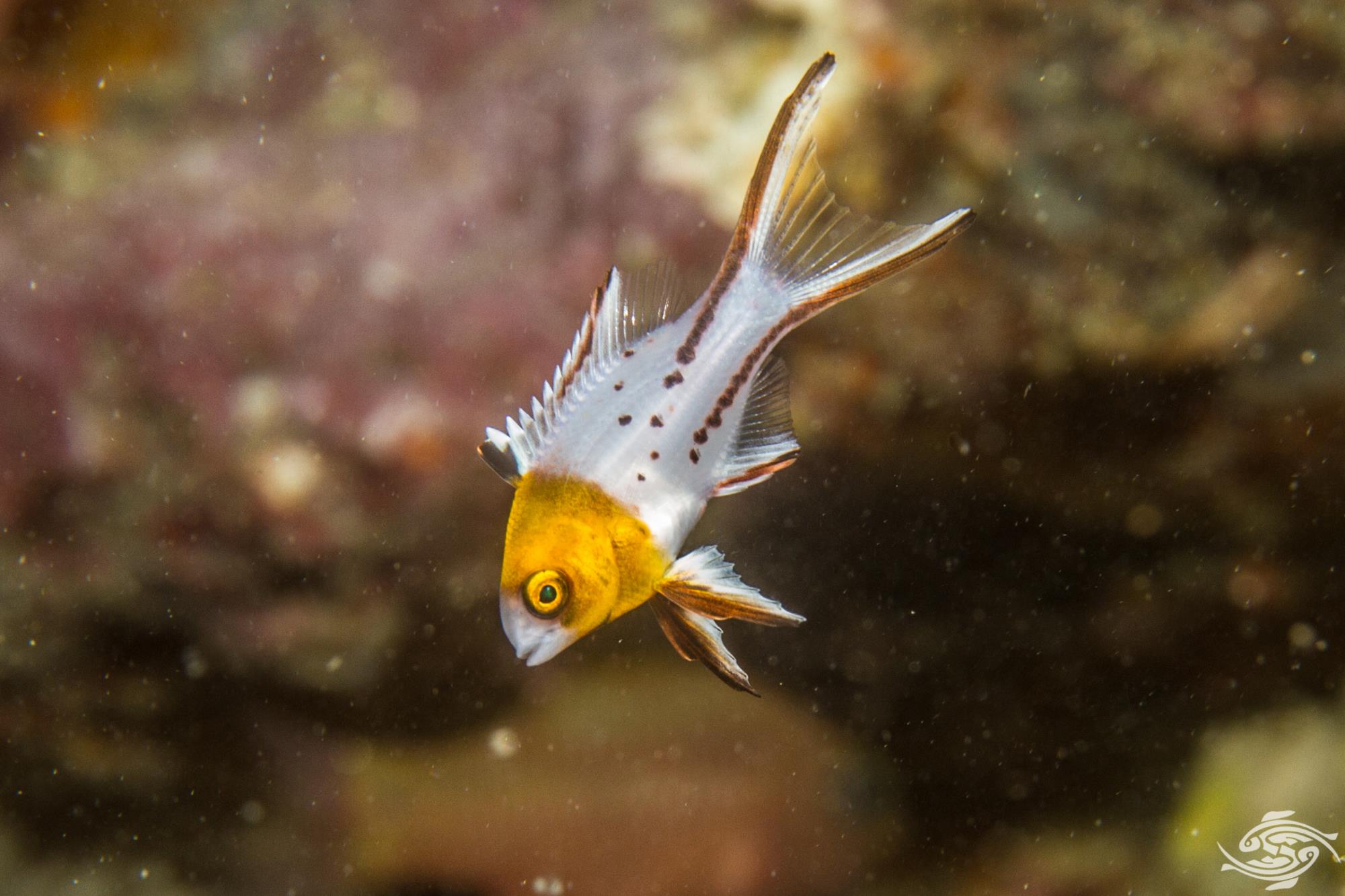 The Lyretail Hogfish feed on small crustaceans and mollusks and usually feed individually. On  rare occasions they have been seen swimming with groups of goatfish feeding on the surface of the reef. The juveniles are said to pose as cleaners but we have never seen this behavior. What we have seen are the juveniles swimming around bobbing up and down with their mouth wide open. It is uncertain if this is to attract potential clients for cleaning. 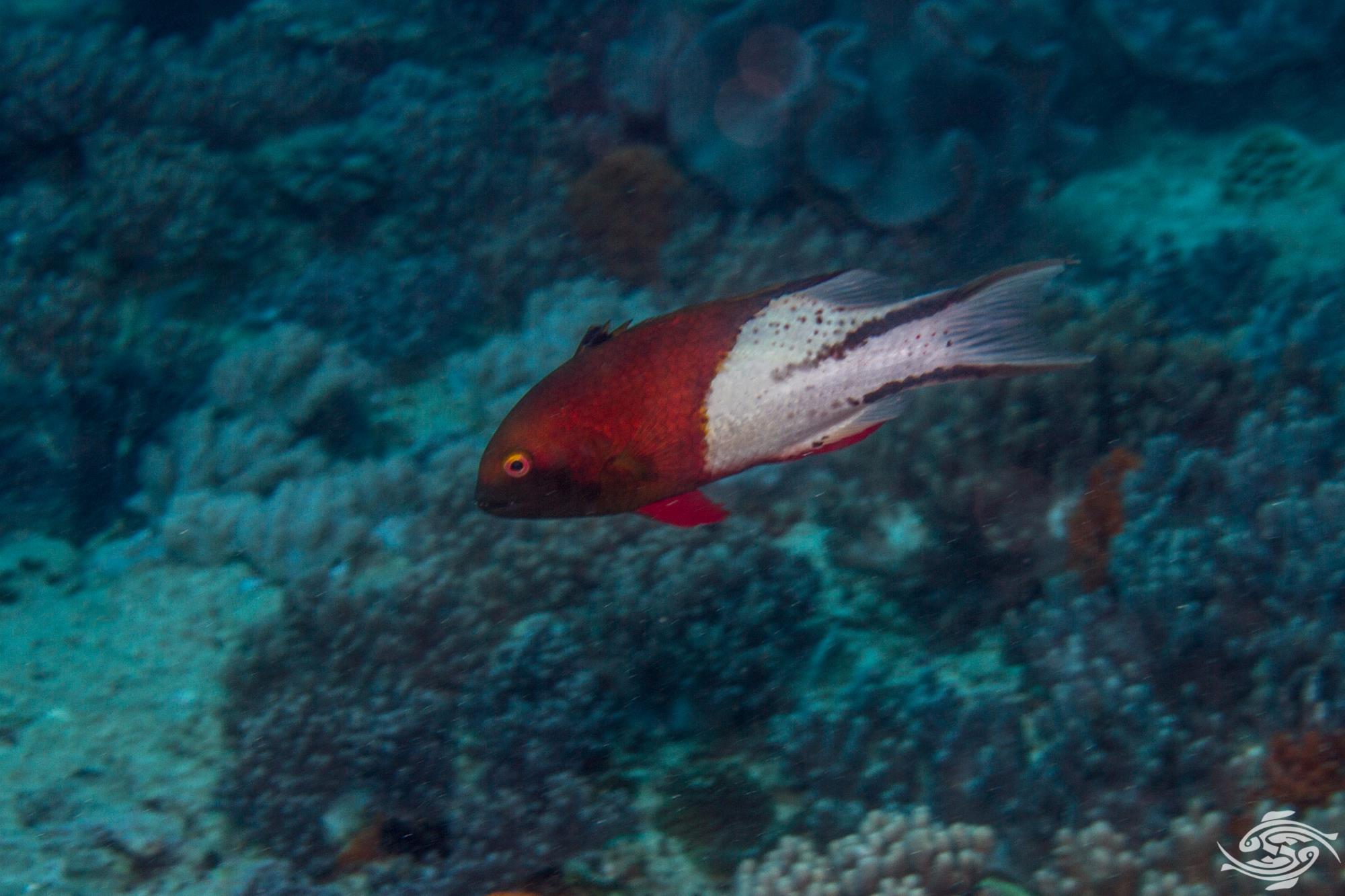 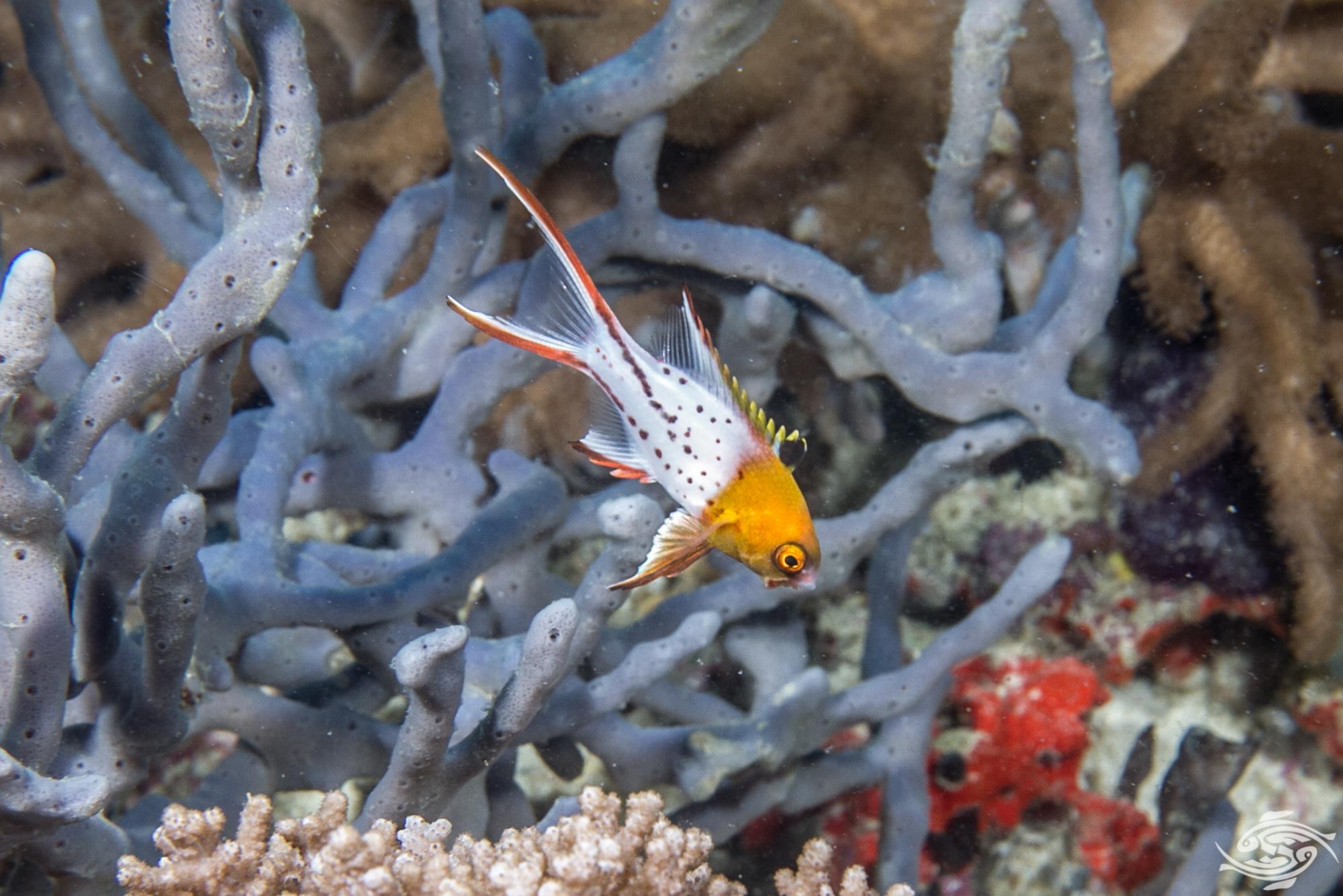 Lyretail Hogfish are kept in aquariums but may become territorial and aggressive towards similar sized fish. They require good hiding places and plenty of water to swim in. A larger tank is therefore a prerequisite. 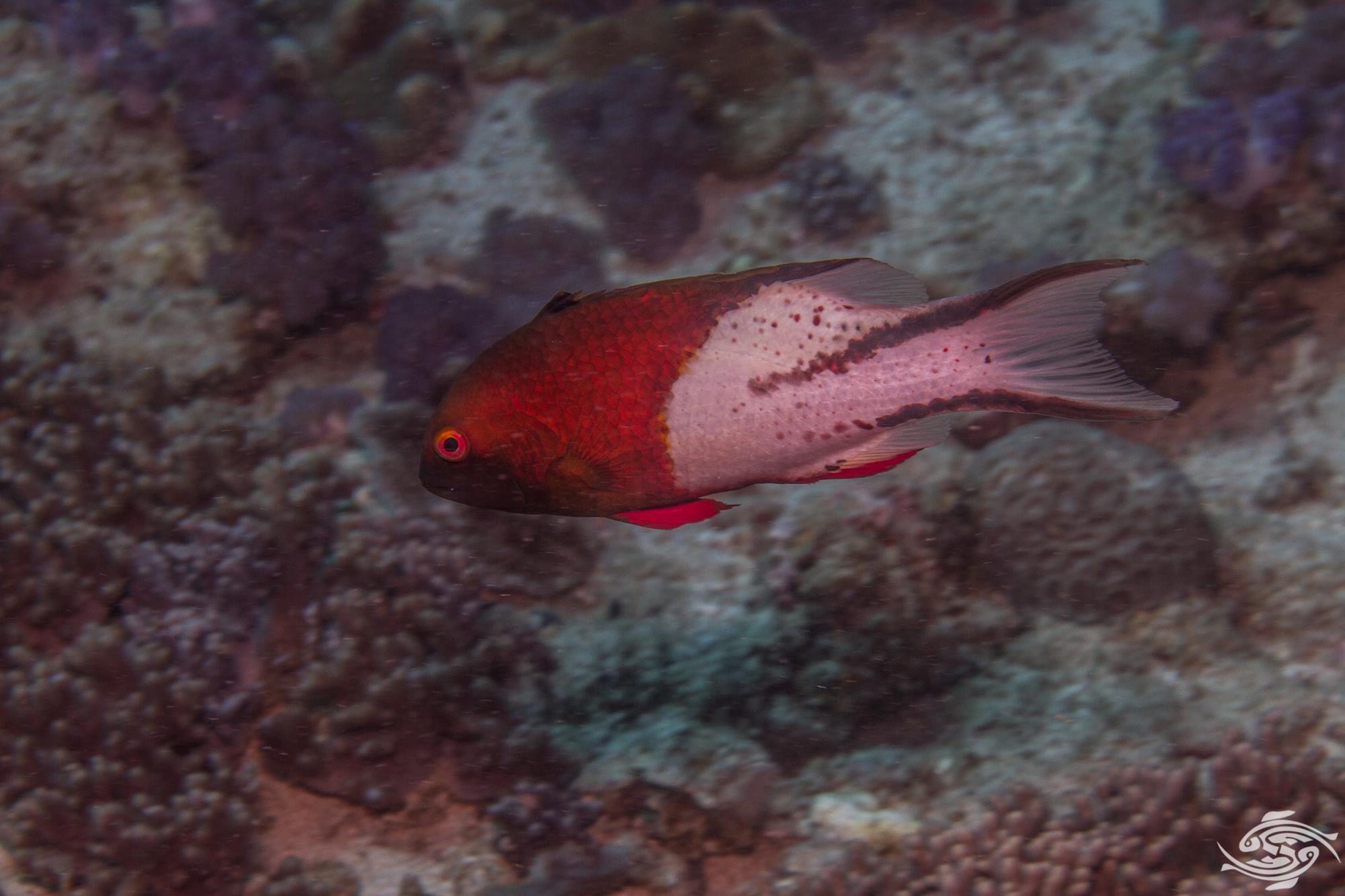 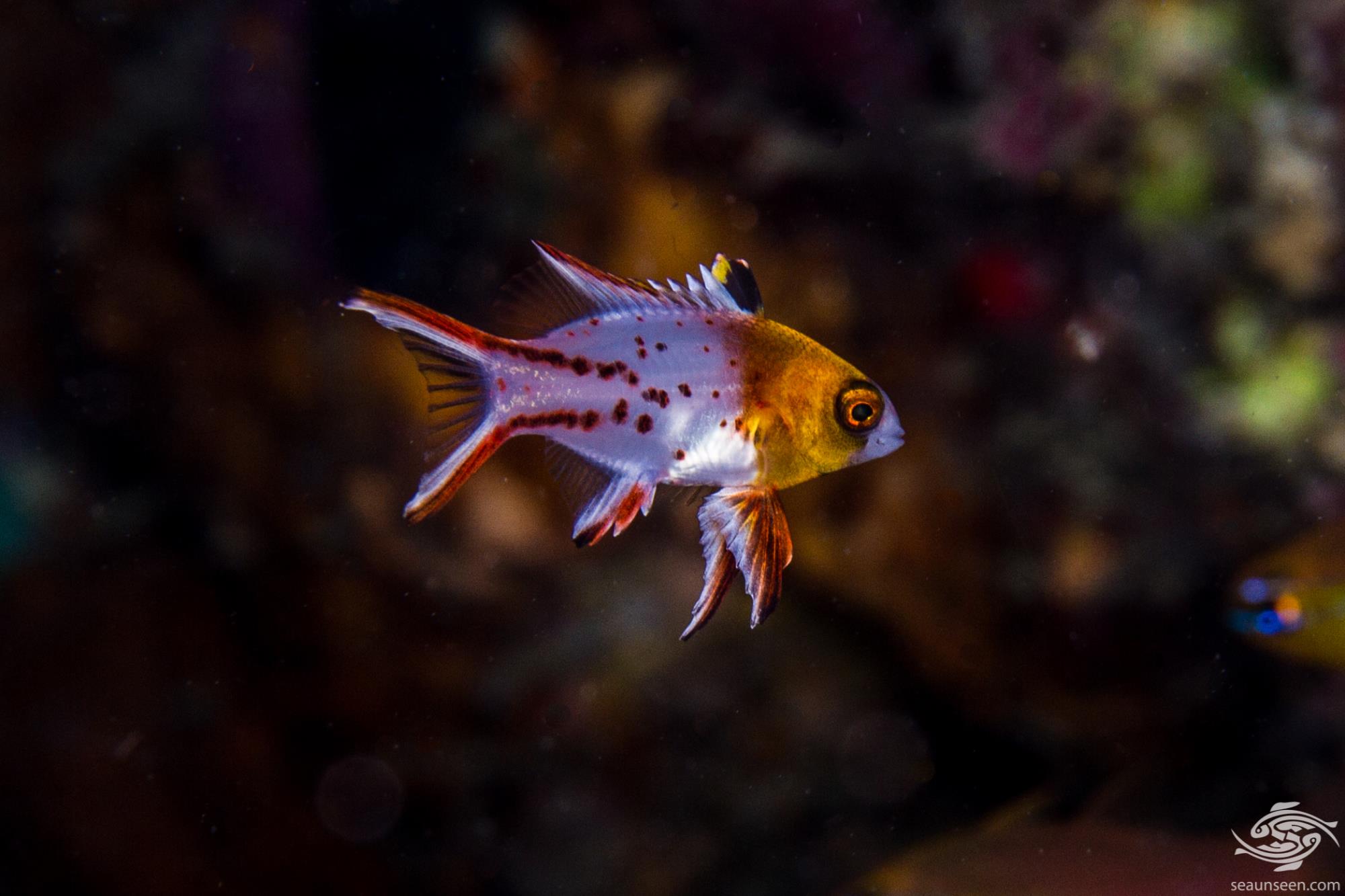