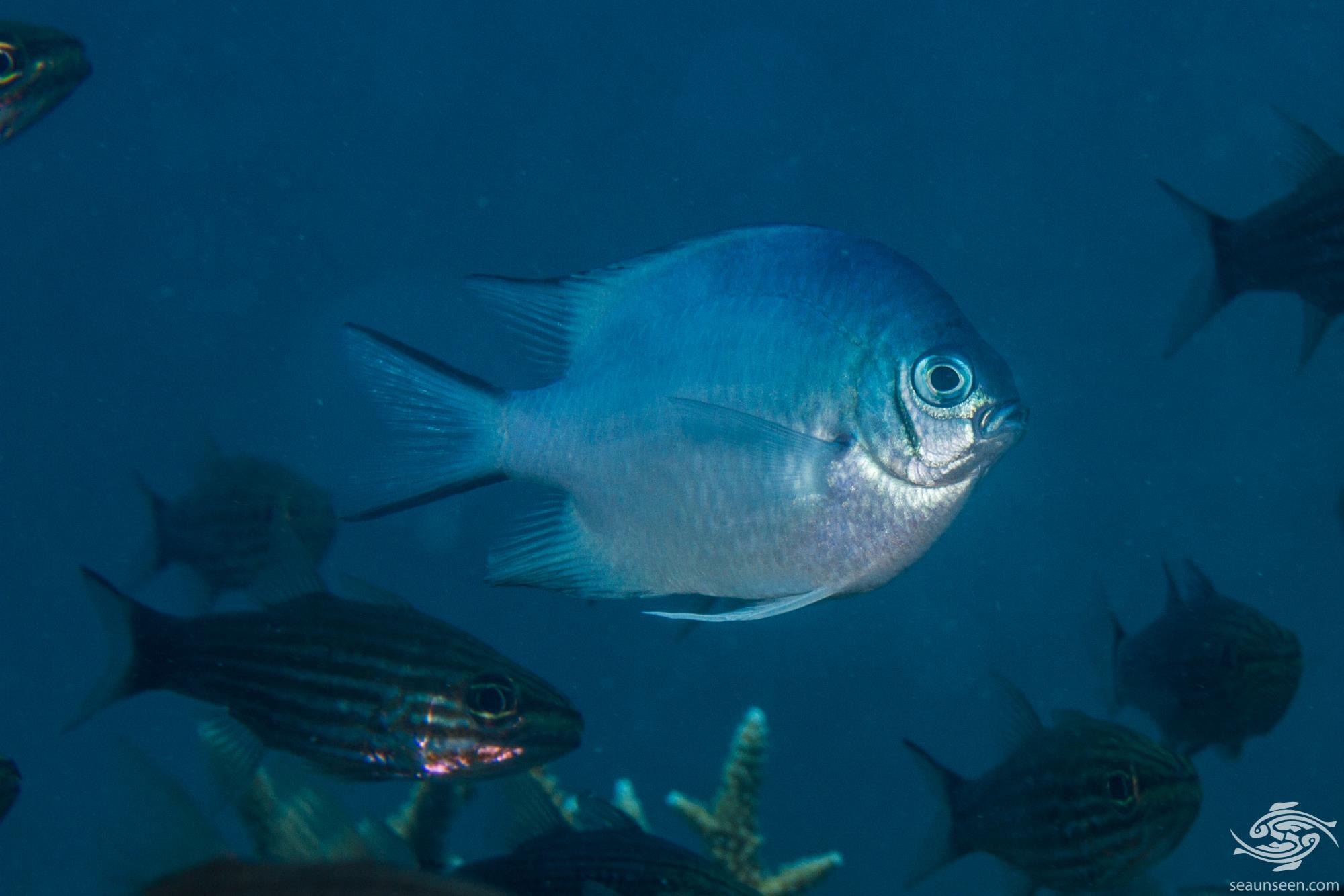 The Maldives damselfish (Amblyglyphidodon indicus) is a fairly recently described species, having been described by Allen & Randall in 2002. They are not common on the Tanzanian coast but in certain areas there are fair numbers of them. 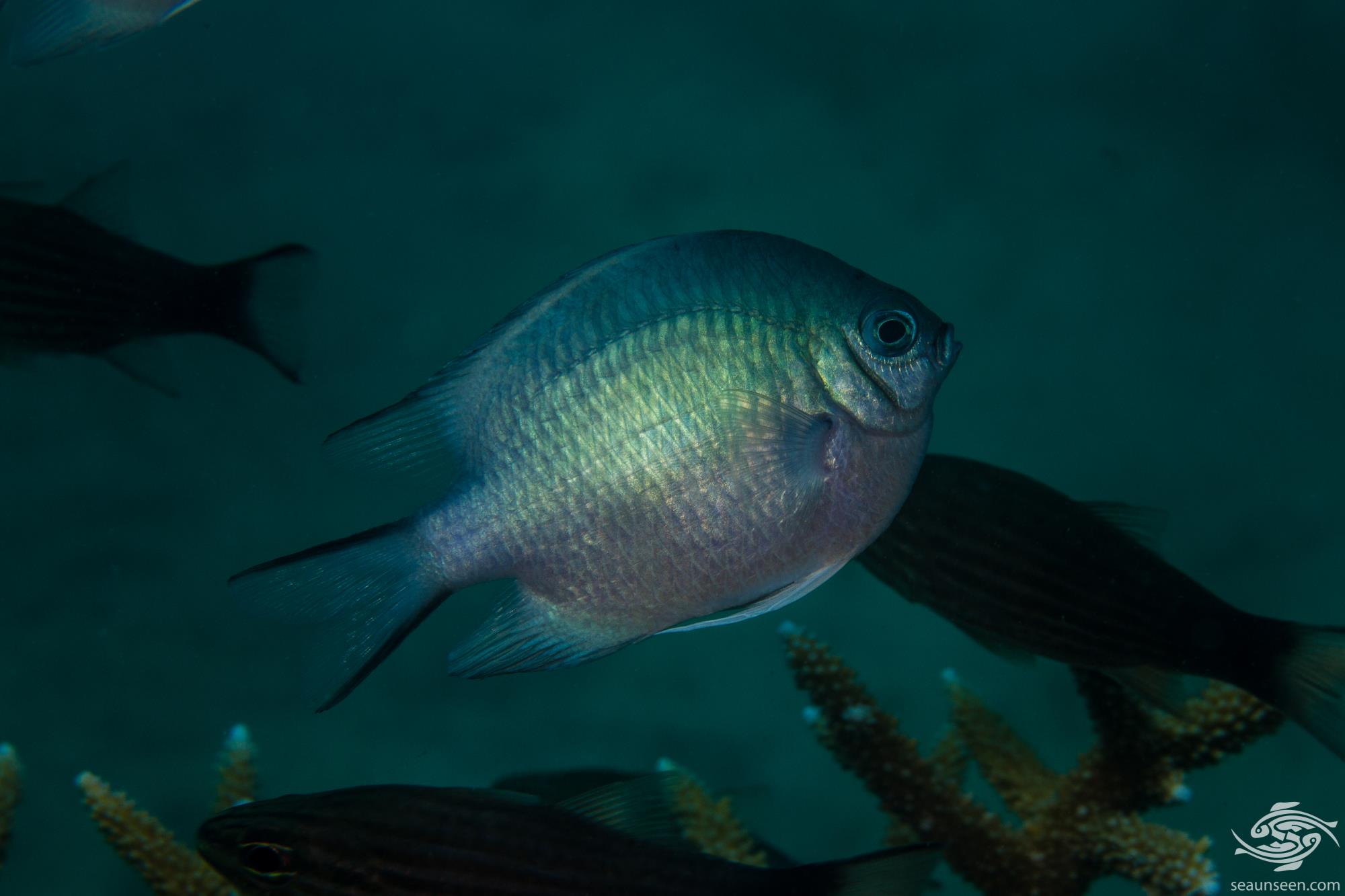 MALDIVES DAMSELFISH IN THE WILD

They are not common fish on Tanzanian reefs. Usually they are seen on protected and semi protected reefs from 2 meters to a depth of 12 to 18 meters.  They appear to be territorial and if one returns to the same spot they will be there. They are always over large thick branched acropora corals and are usually swimming with other fishes that associate with these corals during the day such as the Wolf Cardinalfish, the Tiger Cardinalfish and the Crowned Squirrelfish. Usually there is a fairly large group of them above the coral. 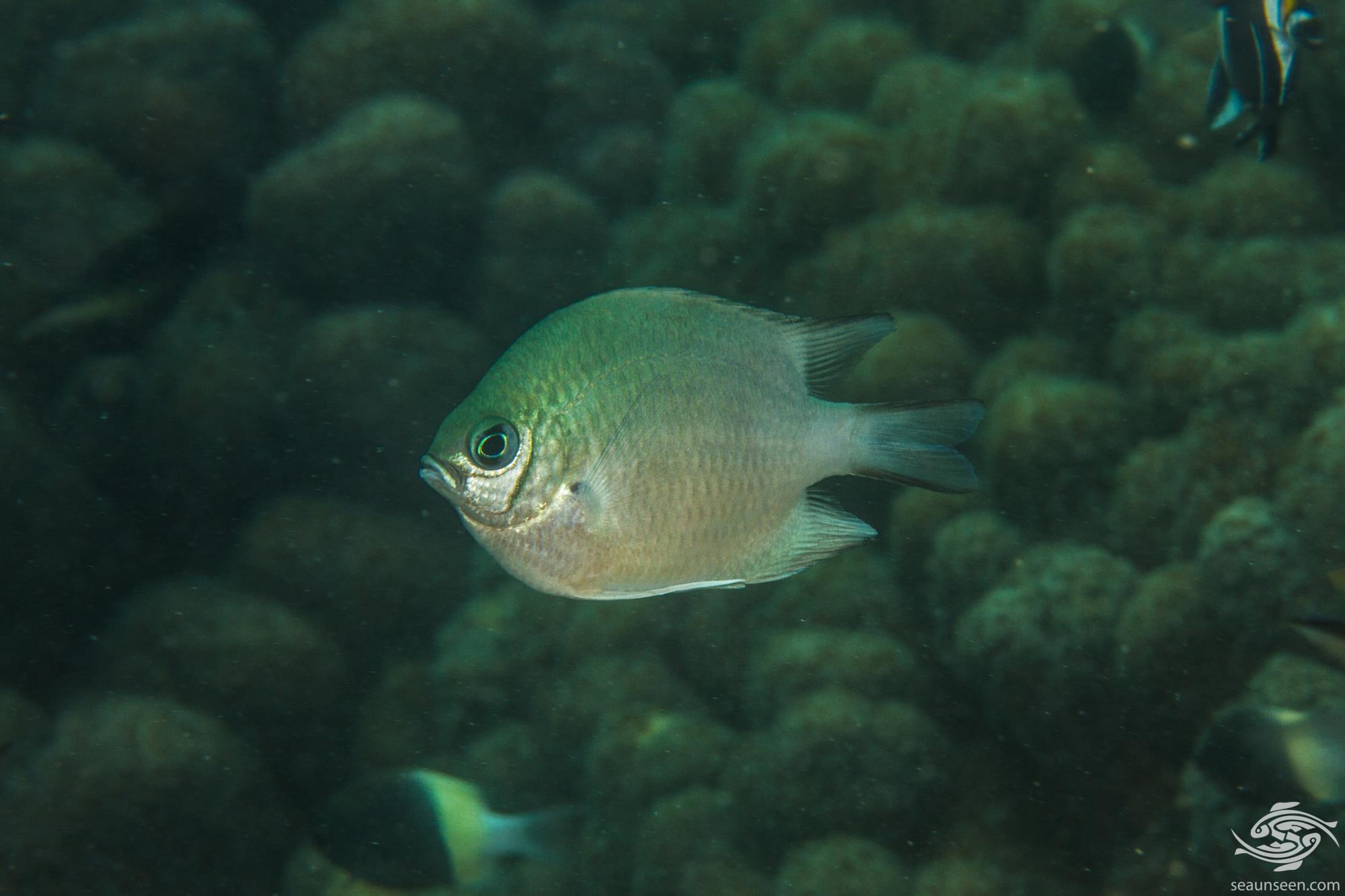 The Maldives Damselfish is found across the West Indian Ocean area from the Indian west coast to the East coast of Africa including the Islands.  They are found mainly on semi protected reefs and on shallower protected reefs. They are always over very large acropora corals. 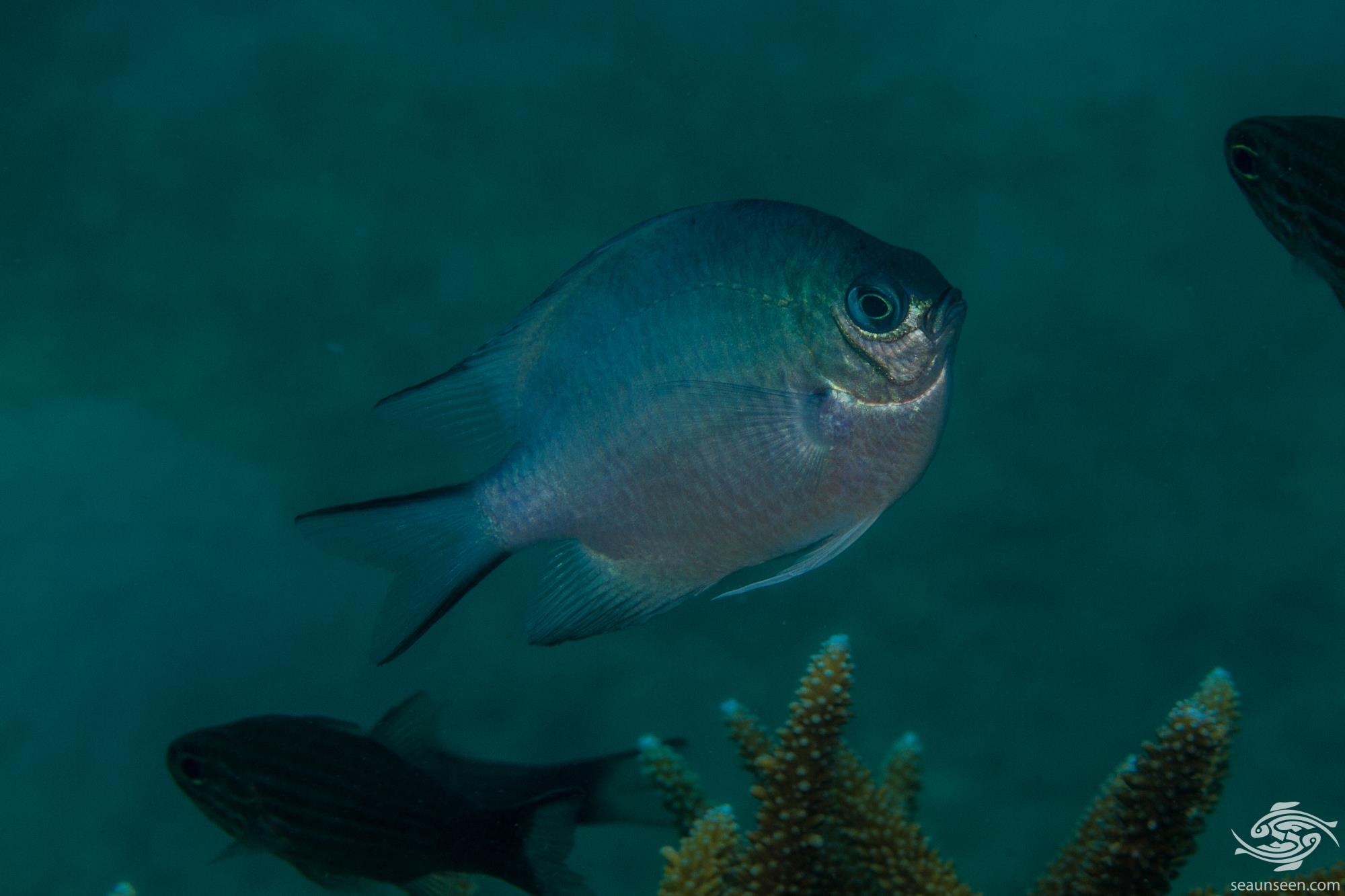 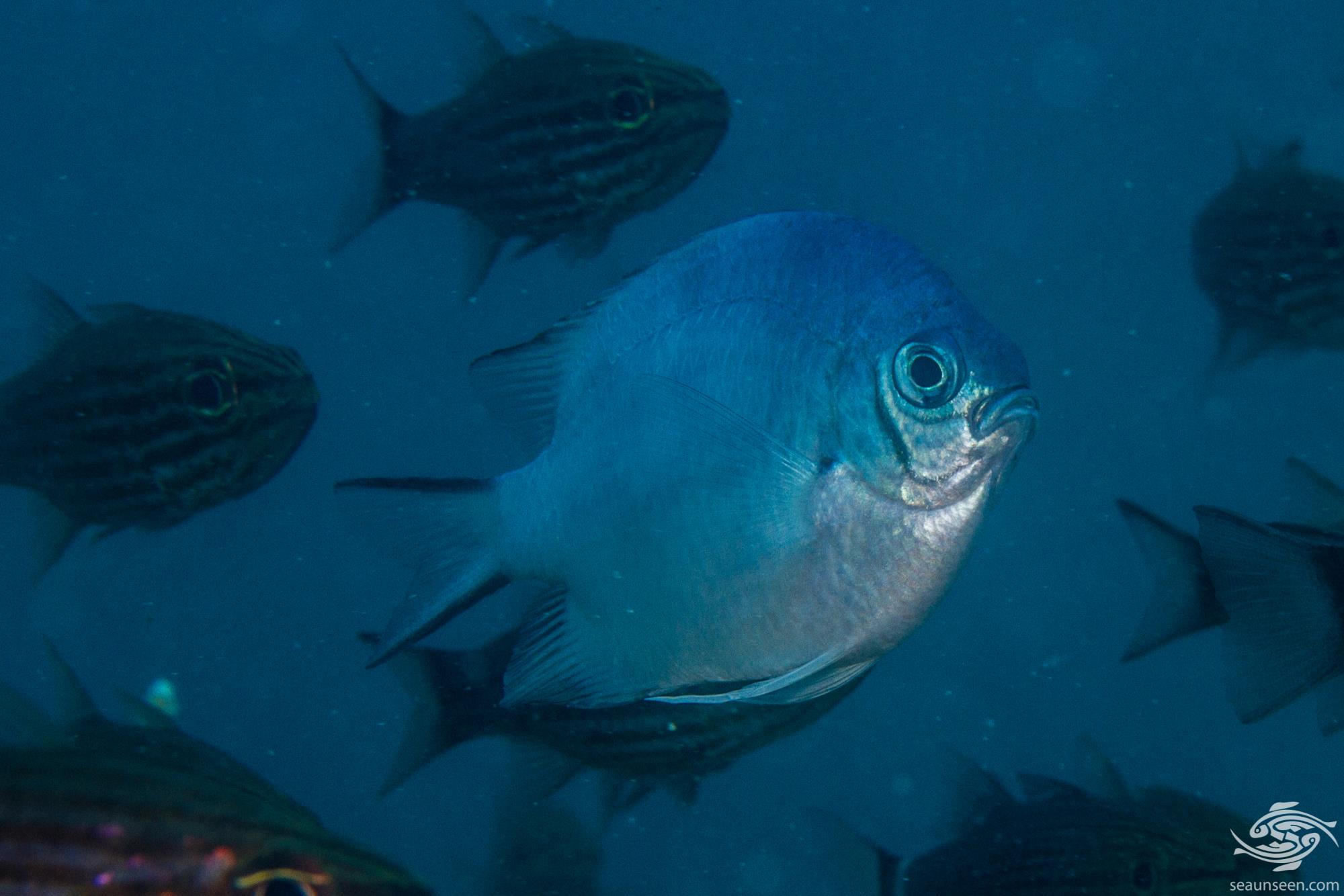 They are hardy fish and would be easy to keep in an aquarium. However they would undoubtedly become highly territorial. It is almost a certainty that they will harass and beat up more peaceful fish.
SEE OUR OTHER POSTS ON DAMSELFISH

Identified with assistance from Benjamin Victor and Gerry Allen