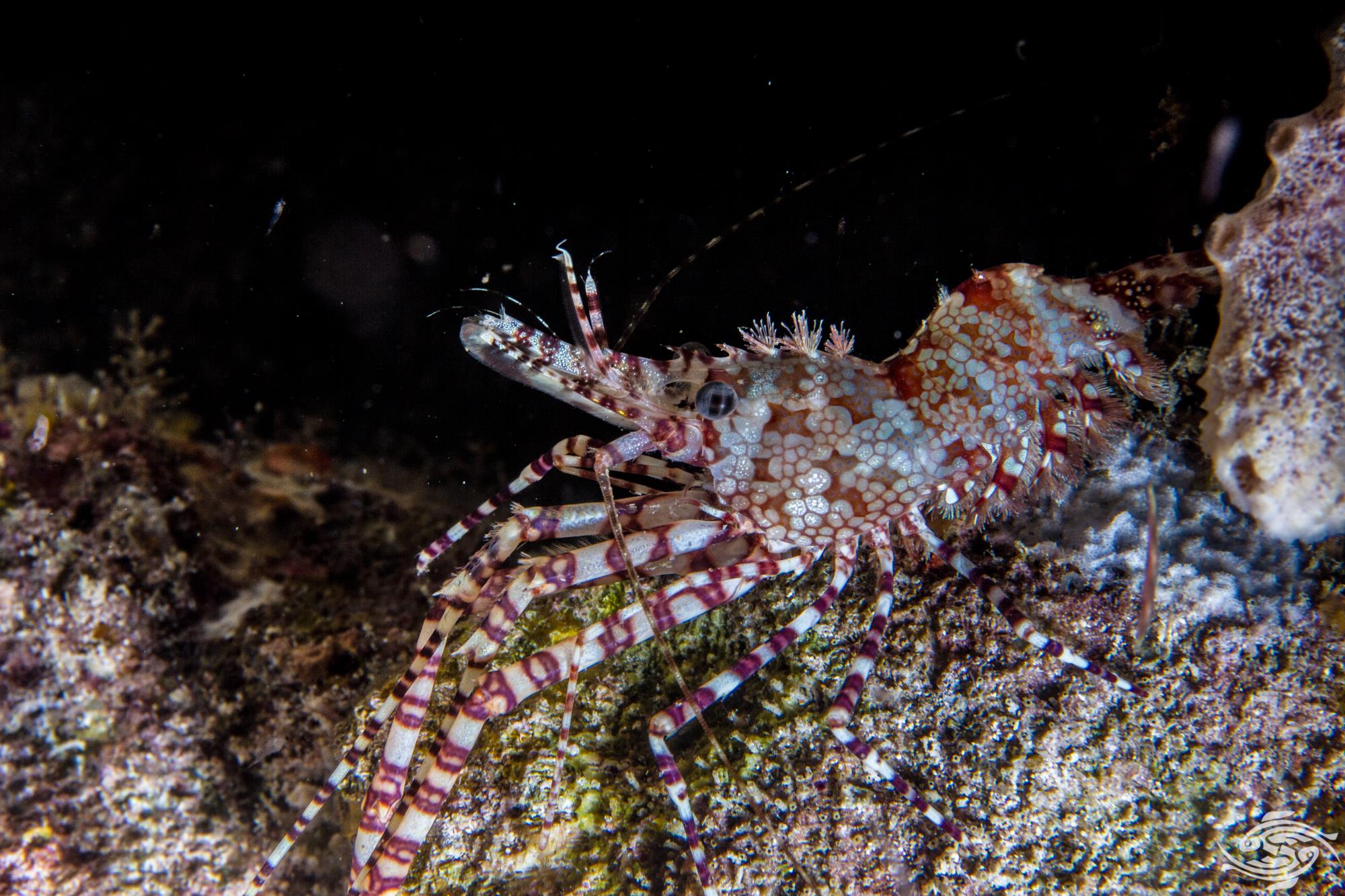 The Marbled shrimp ( Saron marmoratus ) is also known as the Saron Shrimp, Eyespot Shrimp or Carid Shrimp. They are rather ungainly looking shrimp with a fairly long rostrum. Their hairy looking  backs and legs as well as their bright colours make them easy to identify. There seems to be some debate as to whether their present taxonomy is correct. 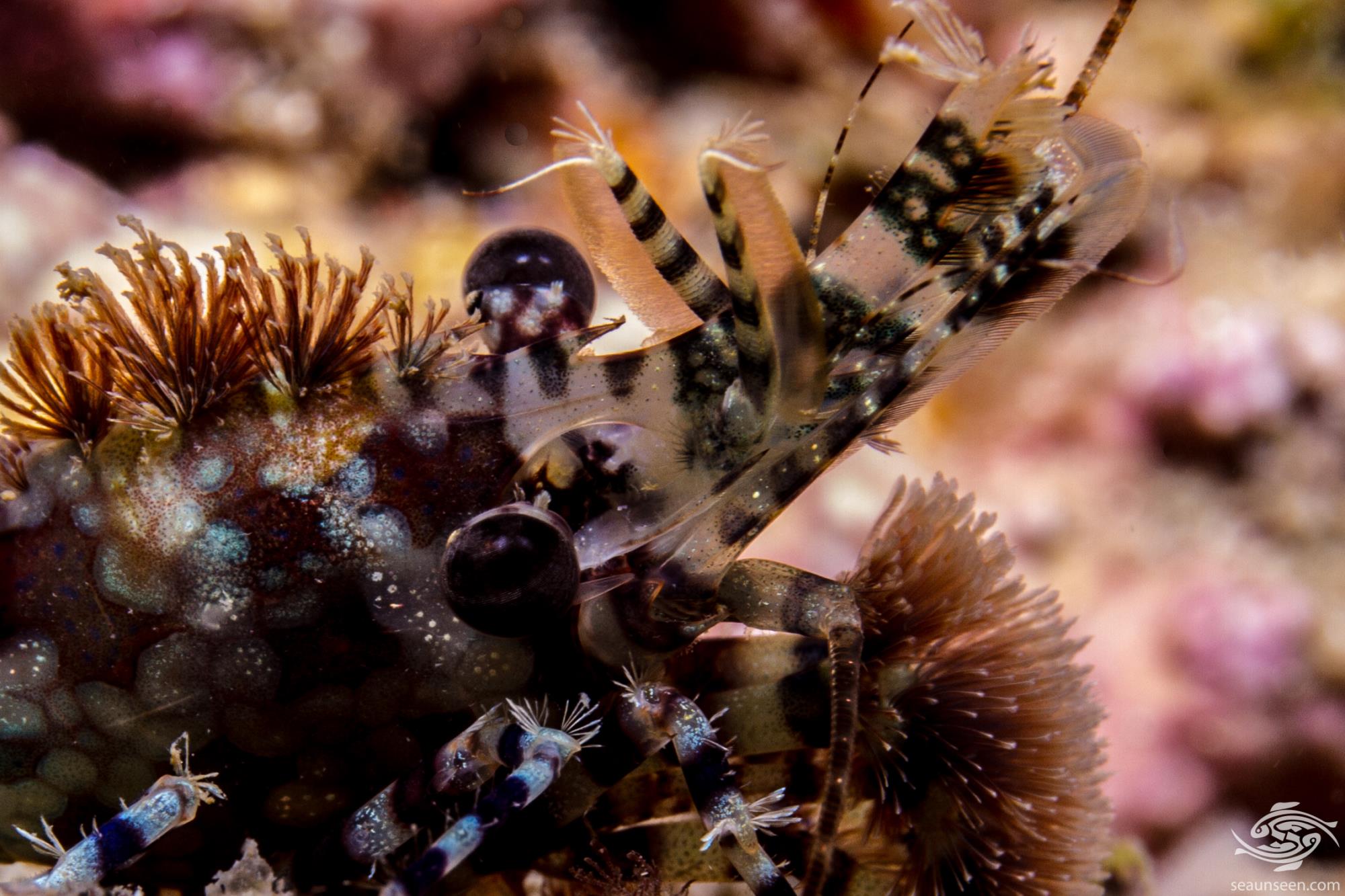 There is a fairly high degree of sexual dimorphism in the Marbled Shrimp. The male ( seen above) is larger and has long legs. There are only a few tufts of setae or “hairs” on the back of the male.  The female ( seen below) has shorter legs and more prominent tufts of setae along the back. The first legs are entirely covered in setae giving them a distinctive look.

The colouration in Tanzania ranges between blue, red and brown red. As their name implies, the colouration is marbled. They are reputed to be able to change their colouration to suit the dark. 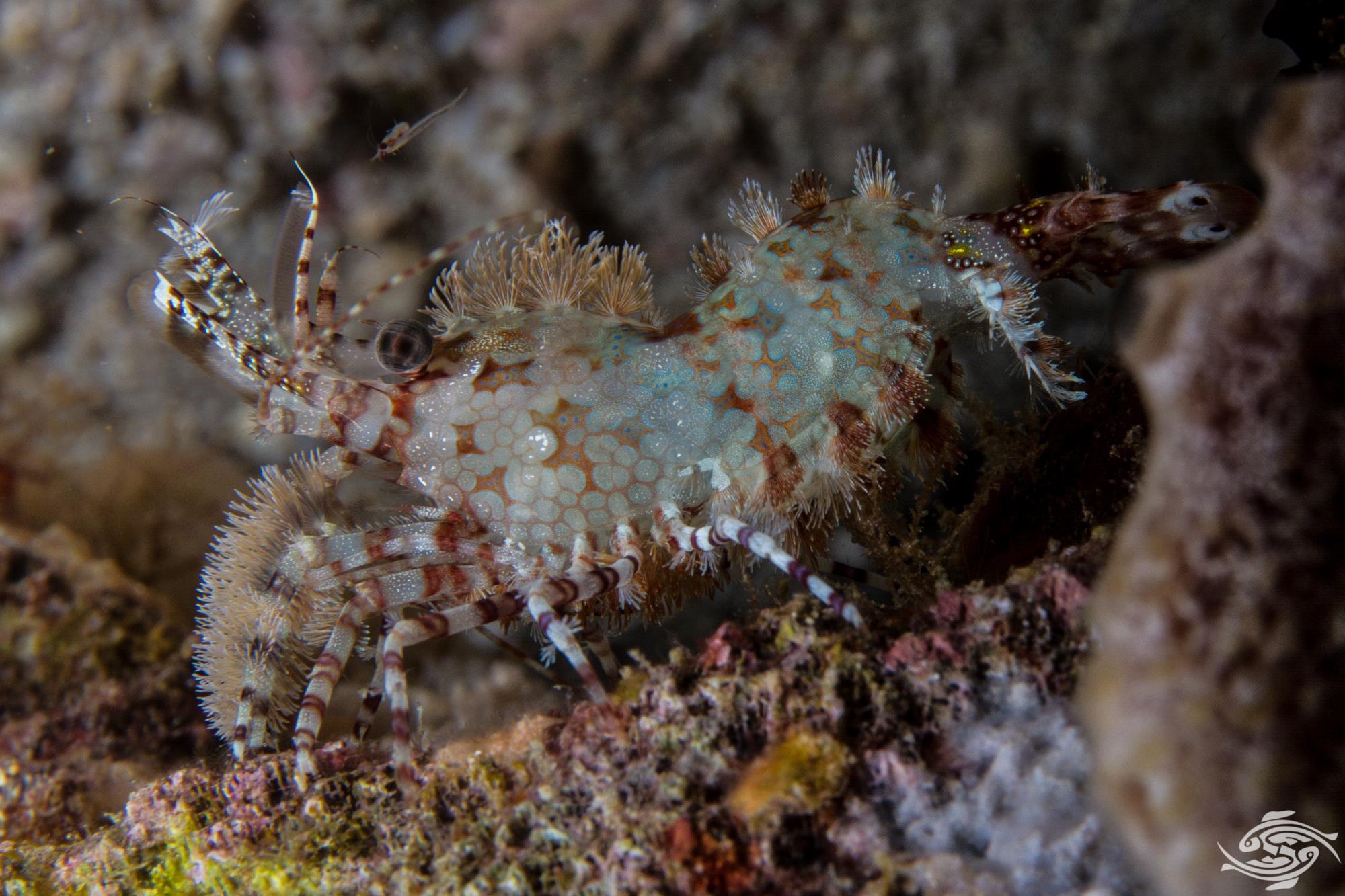 Marbled shrimp  are usually only seen out on the reefs at night. On the odd occasion they have been seen in the open during the day at around 28 meters on Big T Wall in Dar es Salaam. At night their eyes reflect the light and once one knows what to look for they are fairly easy to find.

It is not uncommon to find them in groups of two or three at night, with one male and two females in the group. They are usually seen solitary though, often just in front of a hole.

As with all crustaceans they molt regularly. A new soft exoskeleton is grown beneath the old hard skeleton and the old skeleton splits allowing them to escape from it. The new skeleton once in contact with the water hardens. During this period they are extremely vulnerable and will often hide until the new skeleton hardens. During the molt they often regenerate missing limbs or feelers. 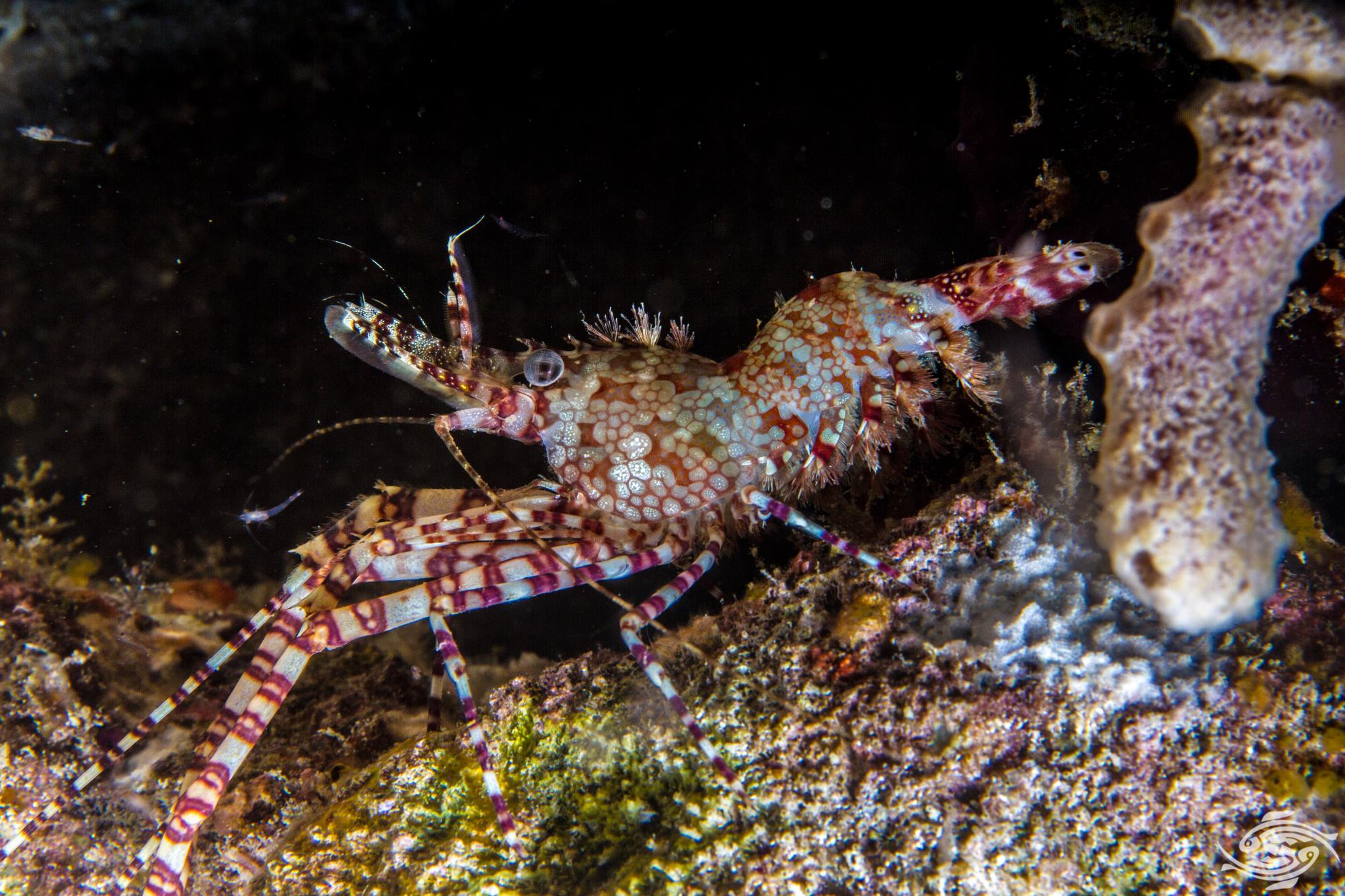 Marbled shrimp have a wide distribution across the Indo- Pacific area. They are found from Mozambique north to the Red Sea and across the Indian Ocean all the way to Hawaii. They have also been found in Lebanon and it is likely that they have migrated from the Red Sea up the Suez canal. This is known as  Lessepsian migration. 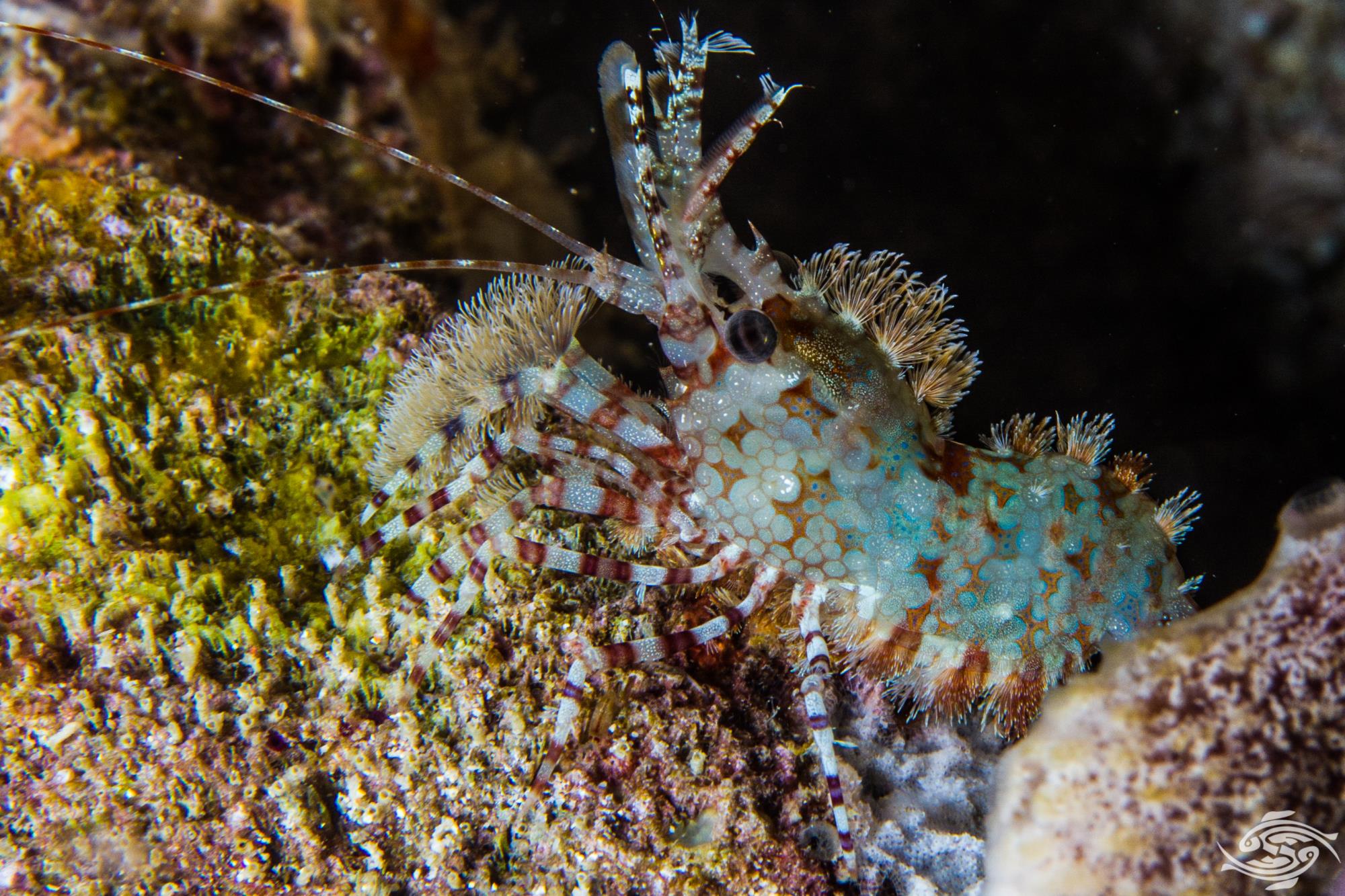 Marbled shrimp are usually nocturnal feeders , emerging from their holes once it is dark. They have however been sighted out during the day on deep walls at around 28 meters on the Tanzanian coast. Their camouflage can be excellent depending on the local background colour. They feed on detritus and have been seen feeding on dead fish. 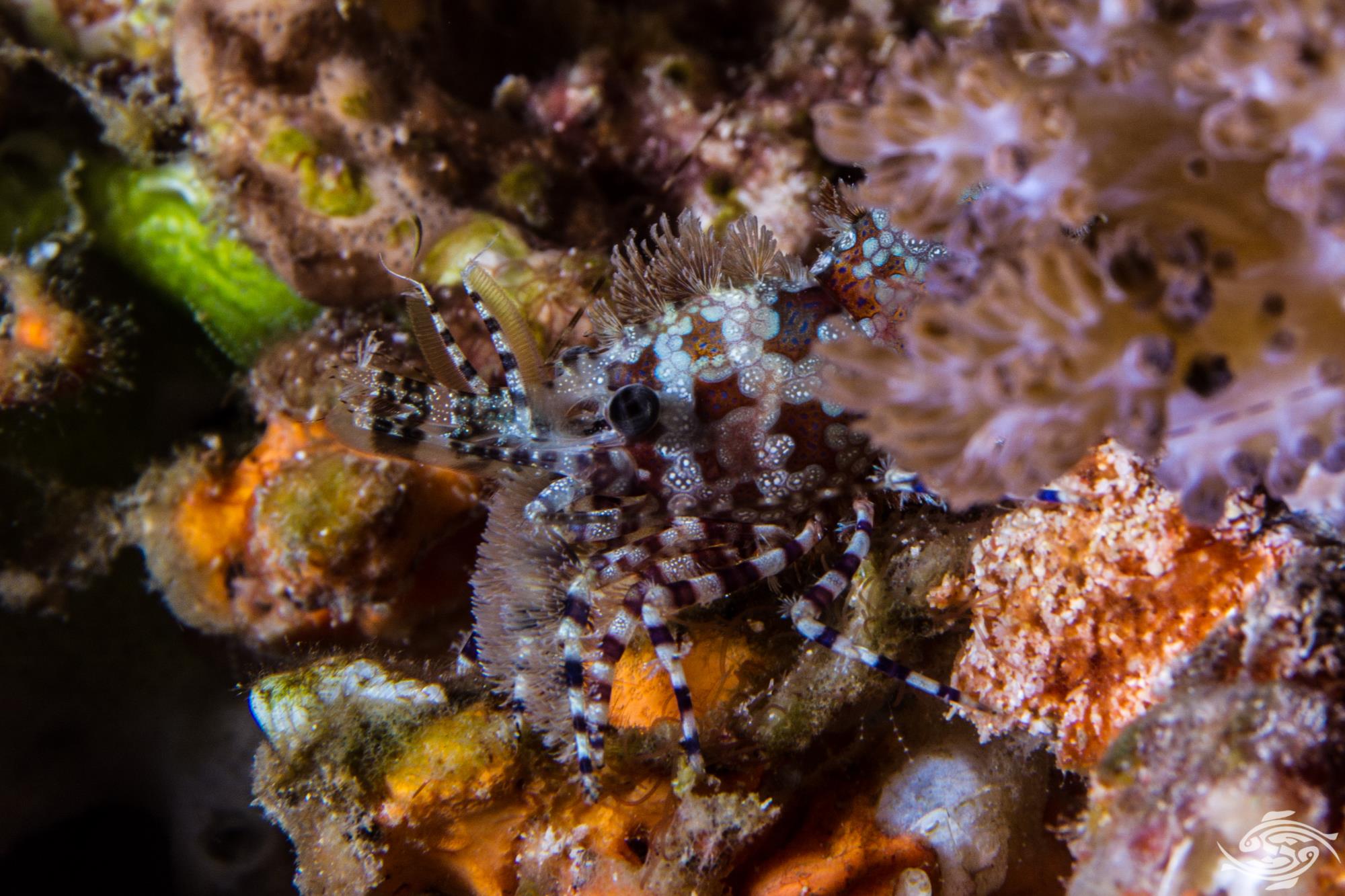 Once they mate the eggs develop on the stomach of the female and when these hatch there are several larval stages that the larvae go through, free swimming for a period until the young develop into small adults. The female can only mate at a certain stage of molting. 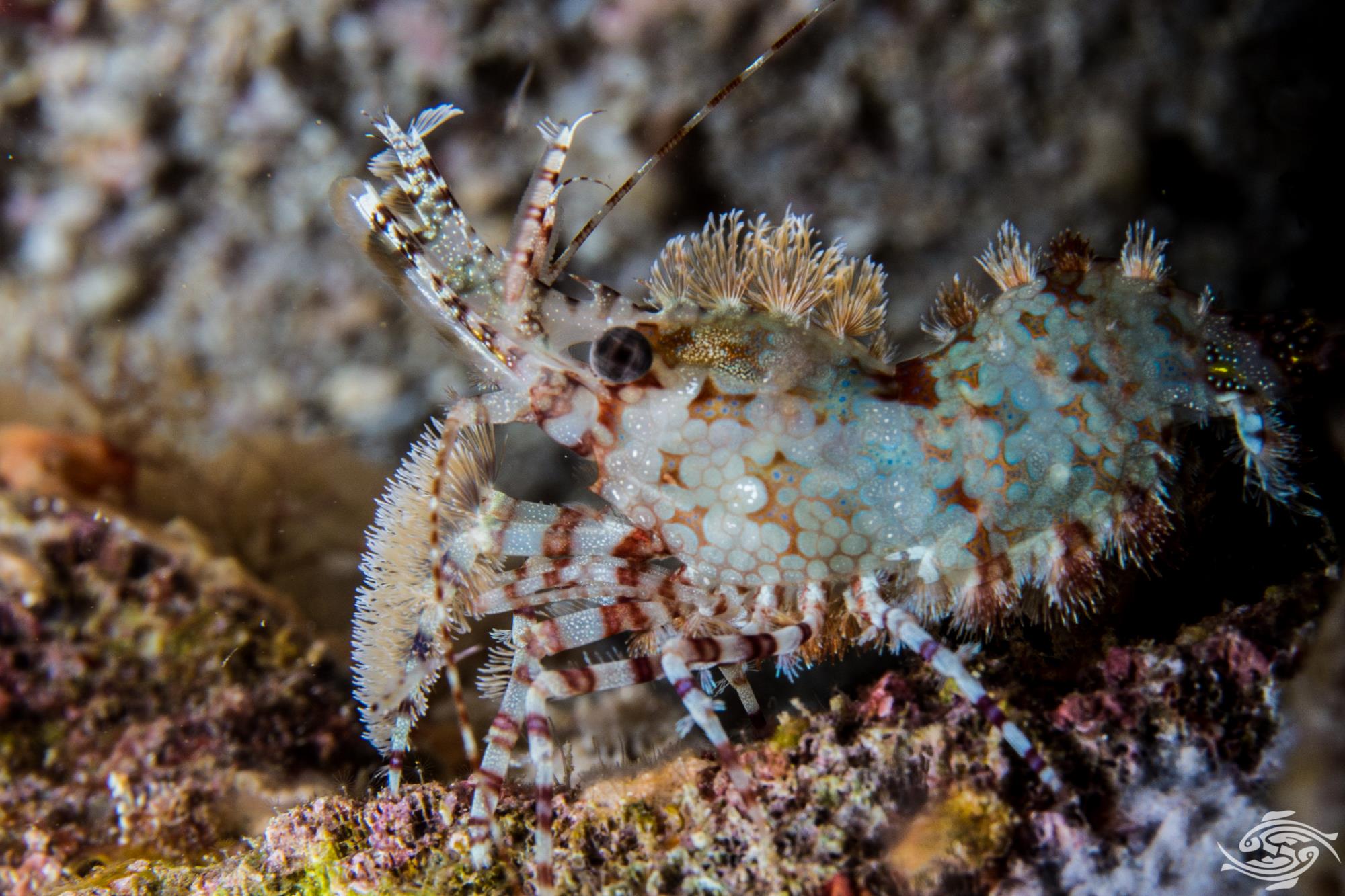 They are collected for Marine aquariums and in some areas this collecting has substantially reduced the population. 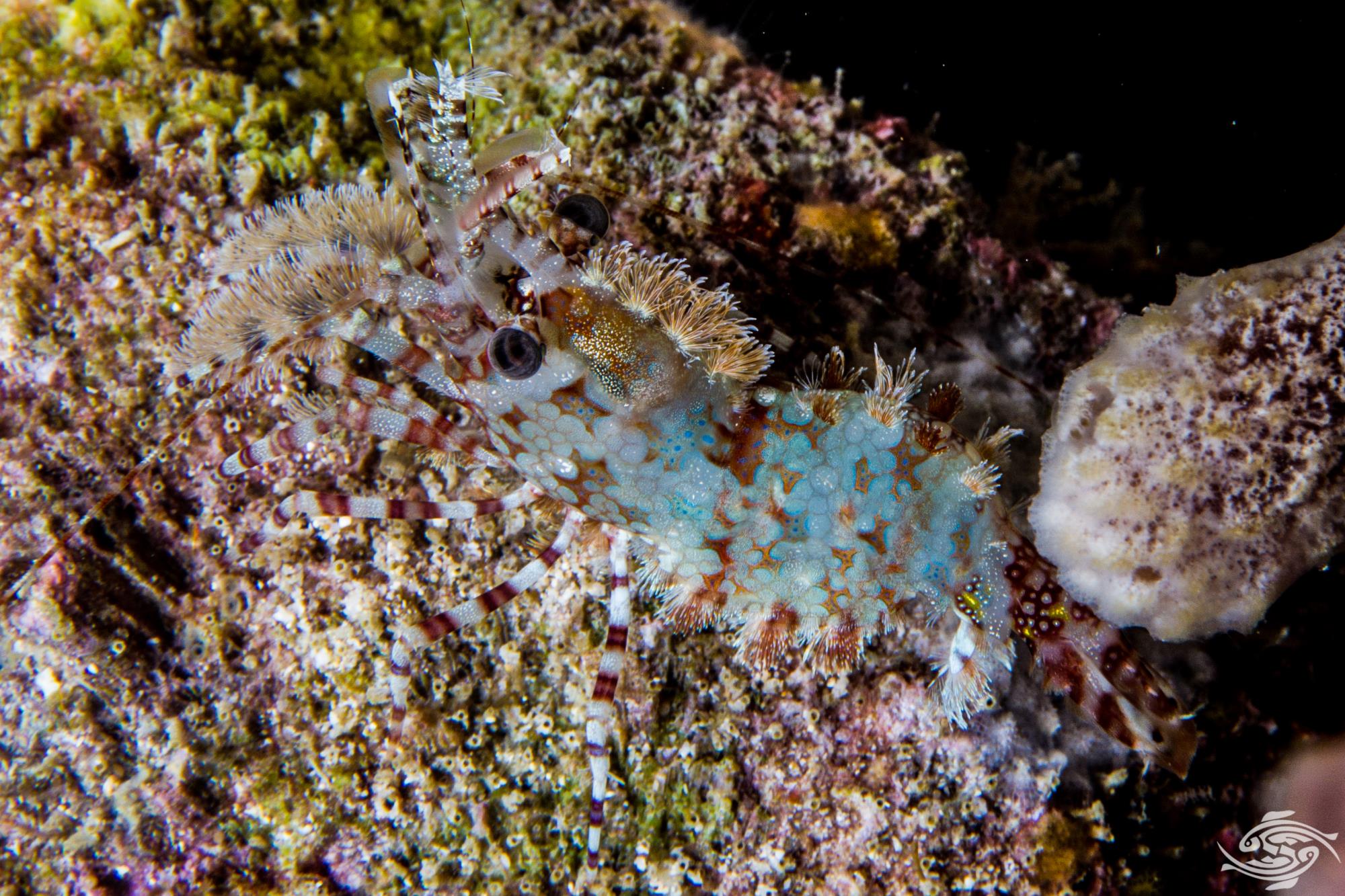 With their striking coloration they make an attractive addition to an aquarium. Only a mated pair may be kept in one tank and these form a monogamous relationship. If you are not certain that the pair is indeed a mated pair, it is best not to take the risk as they will fight with each other. They are easy to care for and soon take food. They make a very attractive addition to certain types of aquariums and have a lot of character with their over sized antennae. 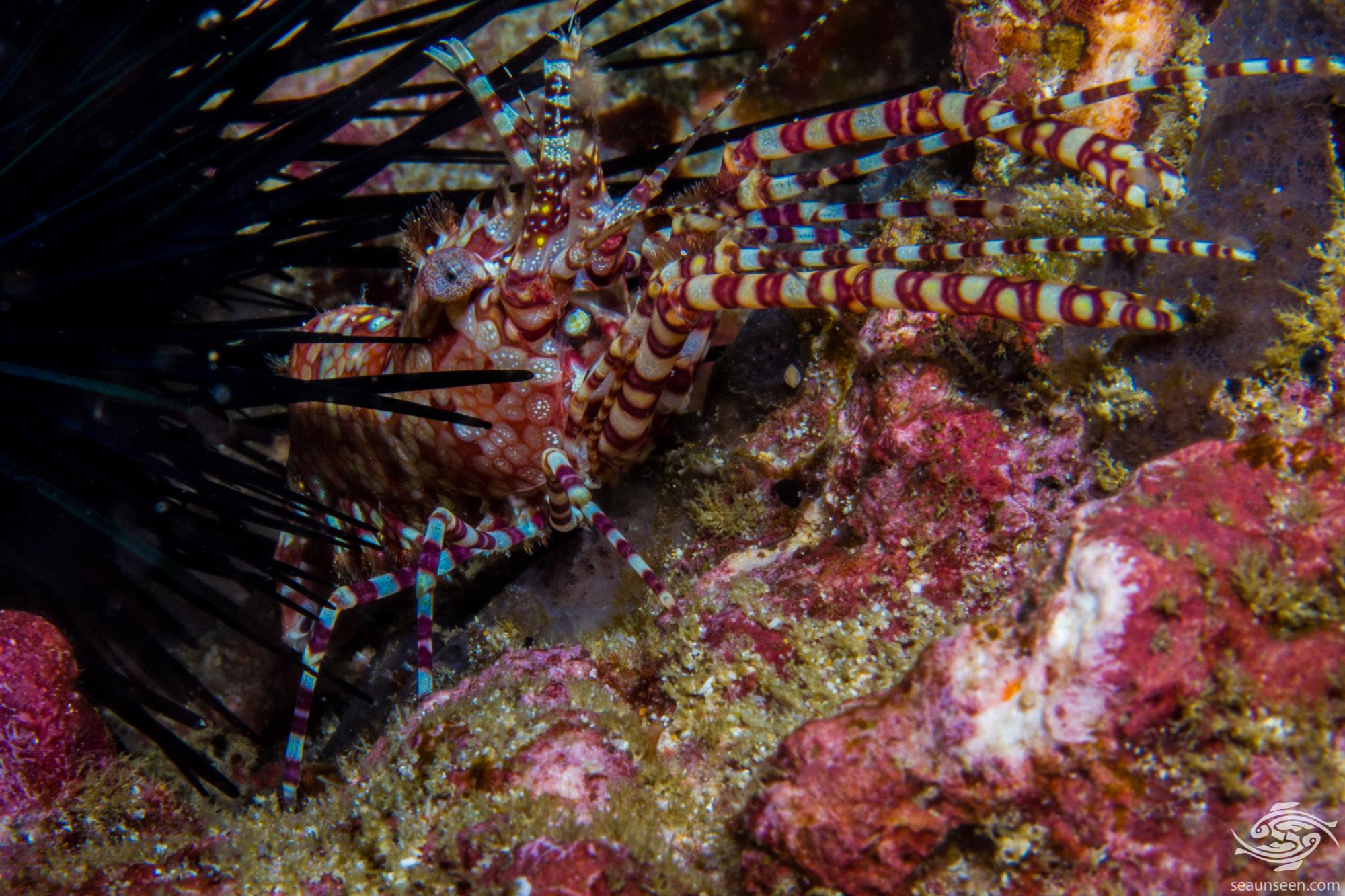