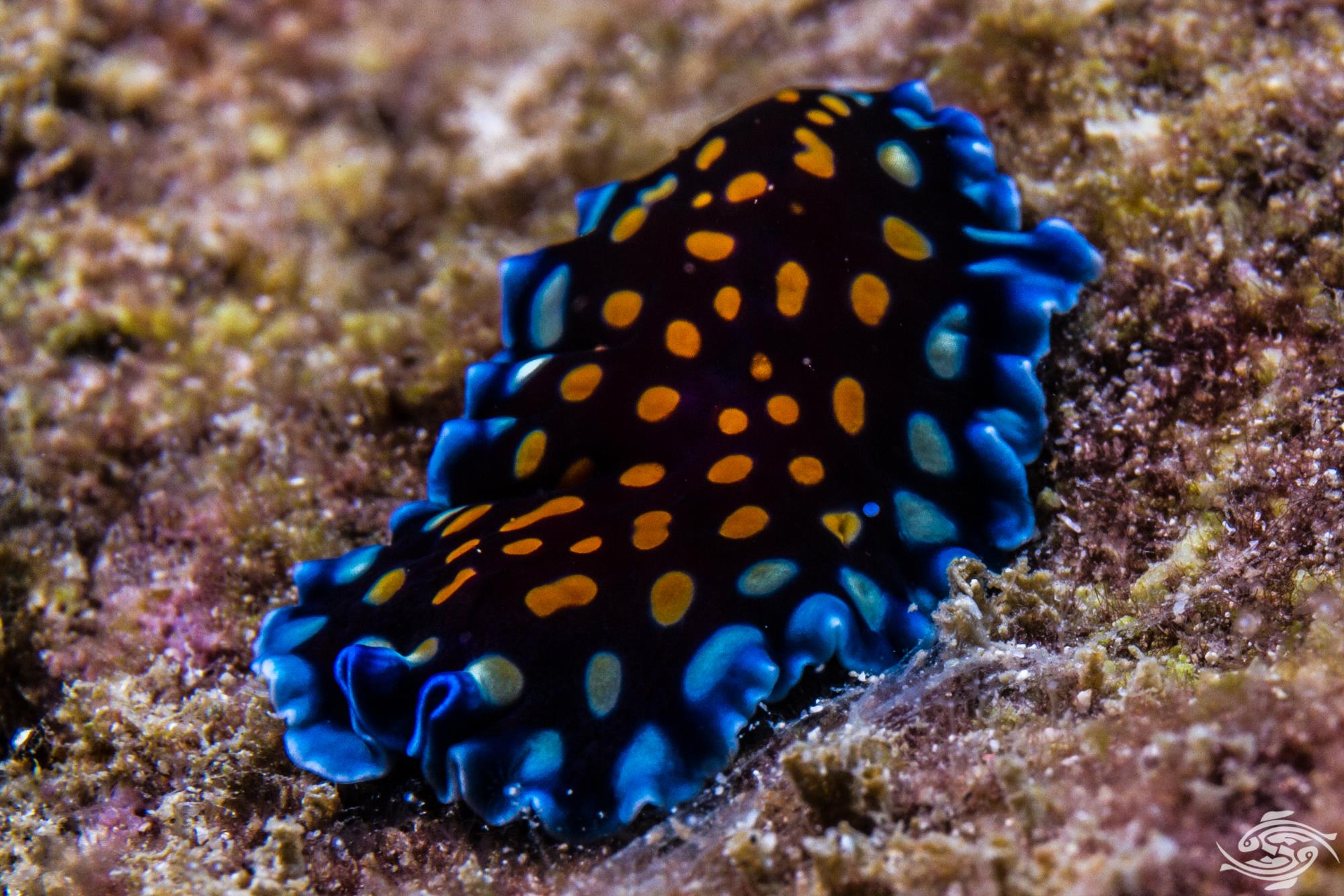 Marine Platyhelminthes or Marine Flatworms as they are commonly known are often extremely colorful creatures. The brightly colored species are easy to spot while diving and if one is lucky, one can see them swimming as in the image below and the video further below in the post. 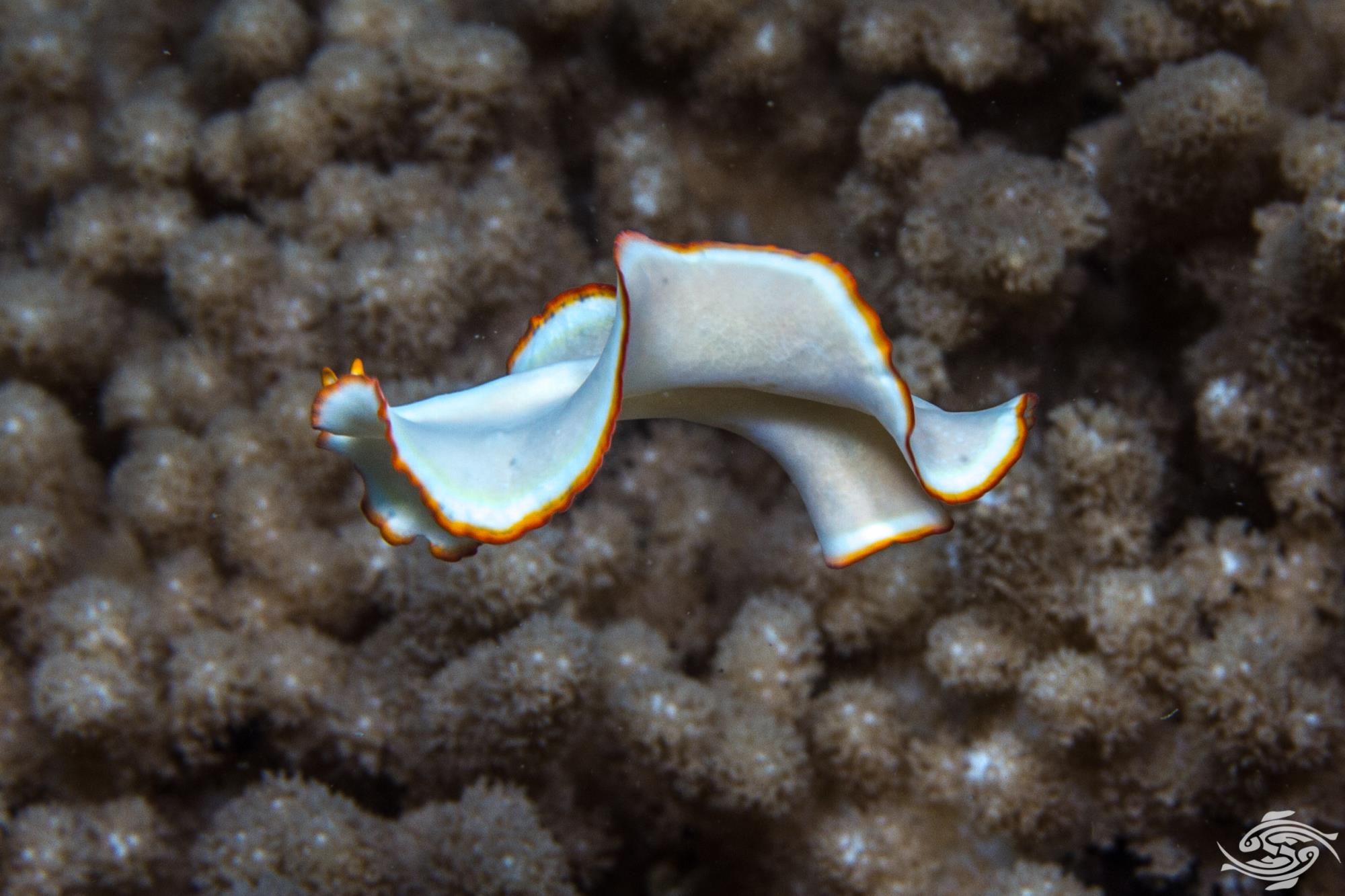 Marine Flatworms fall in the Turbellaria sub division of Platyhelminthes. Collectively they are known as Polyclads. They are soft unsegmented worms that are bilaterally symmetrical. This means  that they have a head and a tail and that if cut down the center from head to tail, both sides are identical. They have no skeleton and the body is highly flexible as can be seen in the images and video.

They have no circulatory or respiratory systems. Instead they rely on diffusion to circulate nutrients and oxygen throughout the body. This ties the body to being extremely thin and most are around 1 mm thick. 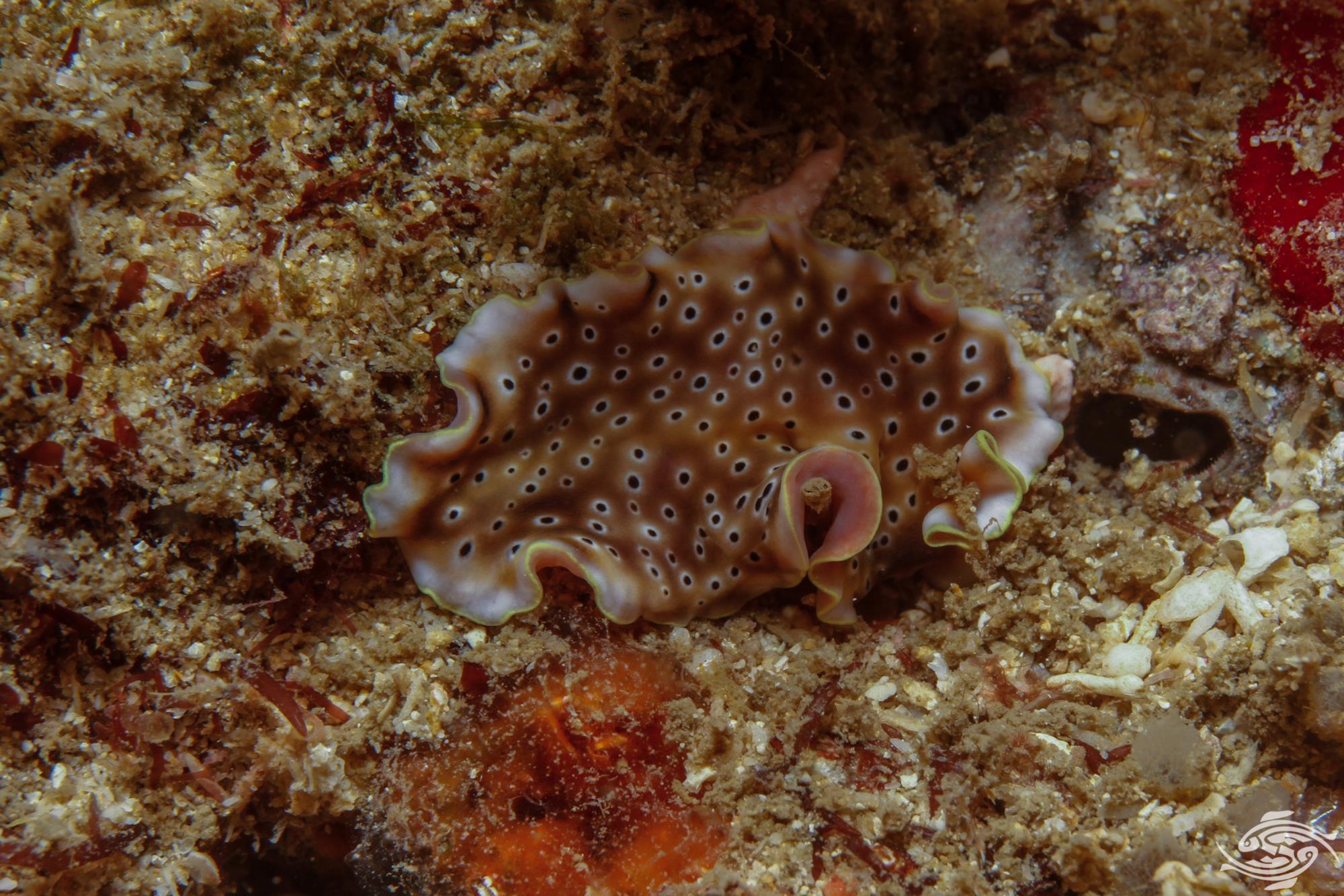 They usually have a single opening, which functions to ingest food. This means that food cannot be processed continuously as in humans. 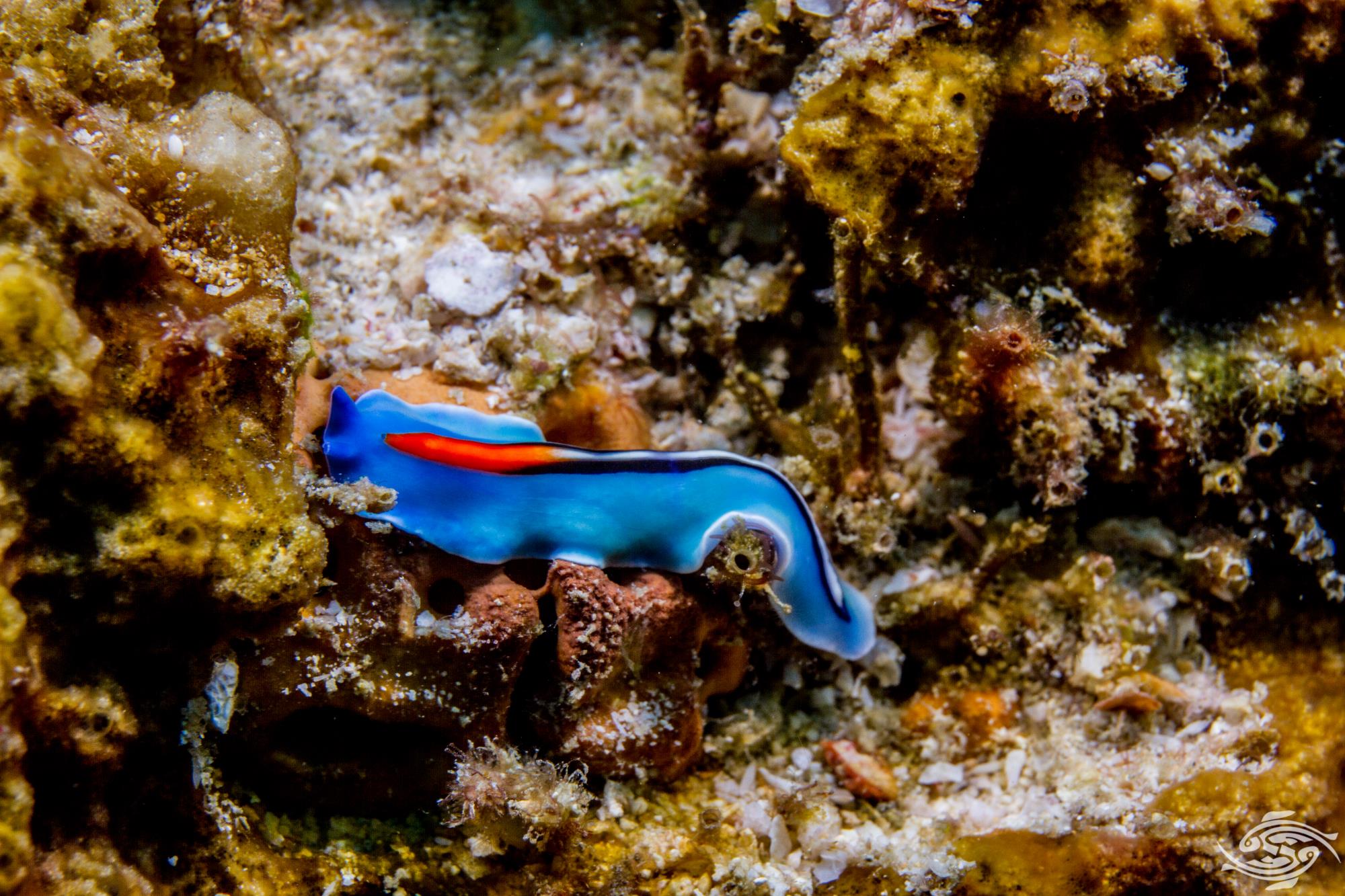 Because of their reliance on diffusion to circulate oxygen and nutrients around the body, marine flatworms are extremely thin. Their body is comprised of three basic layers of cells, the endoderm, the mesoderm and the ectoderm. The larger species grow up to about 6cm in length. Most are an elongated oval shape. They are usually around 1 mm thick and may have a set of pseudotentacles in the head area. 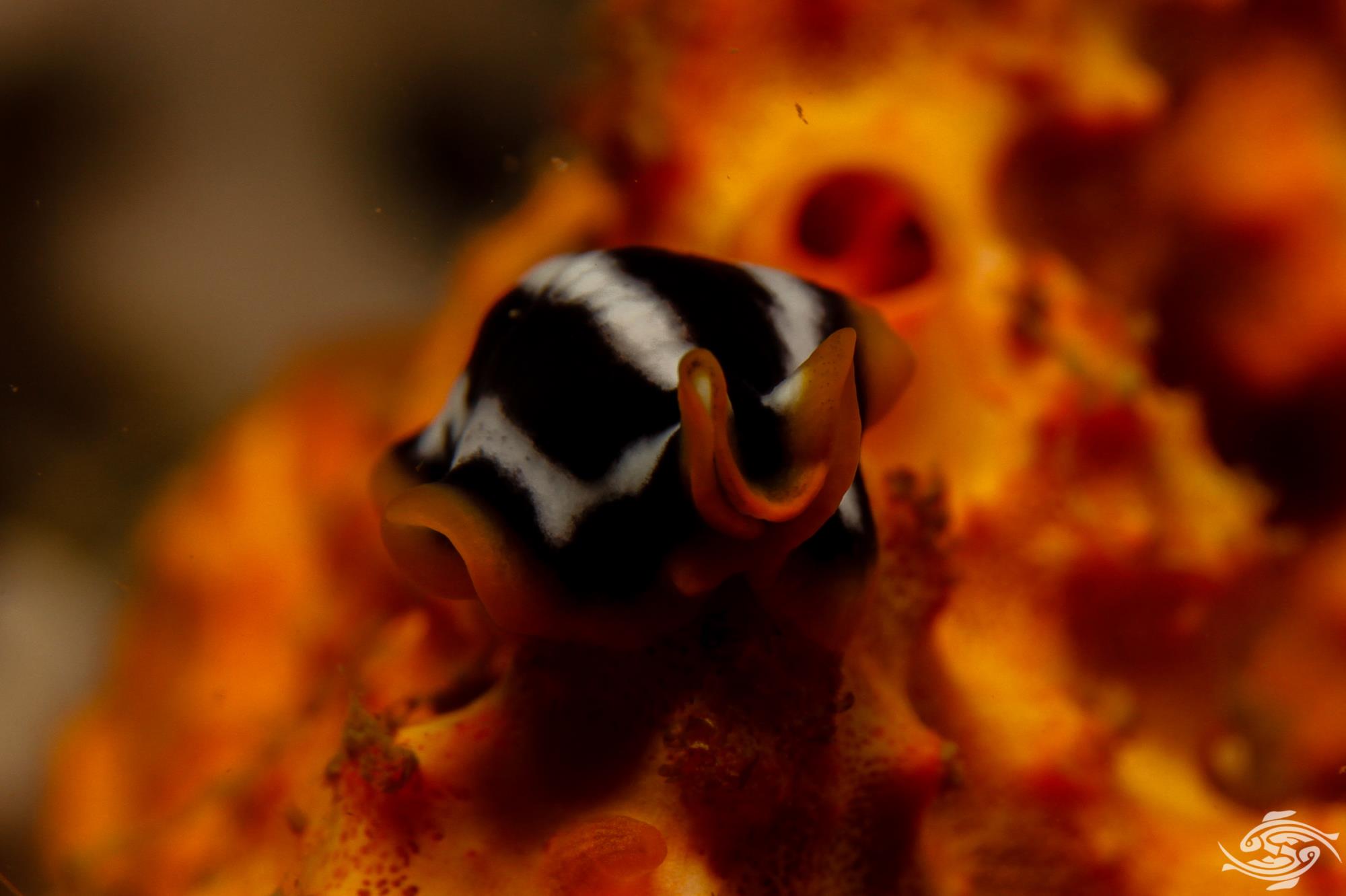 Their mouth is usually on the underside of the body in the middle, which increases the efficiency of a system relying on diffusion to distribute nutrients. Not all are brightly coloured and some are extremely well camouflaged. The specimen below would be difficult to spot on a darker background. 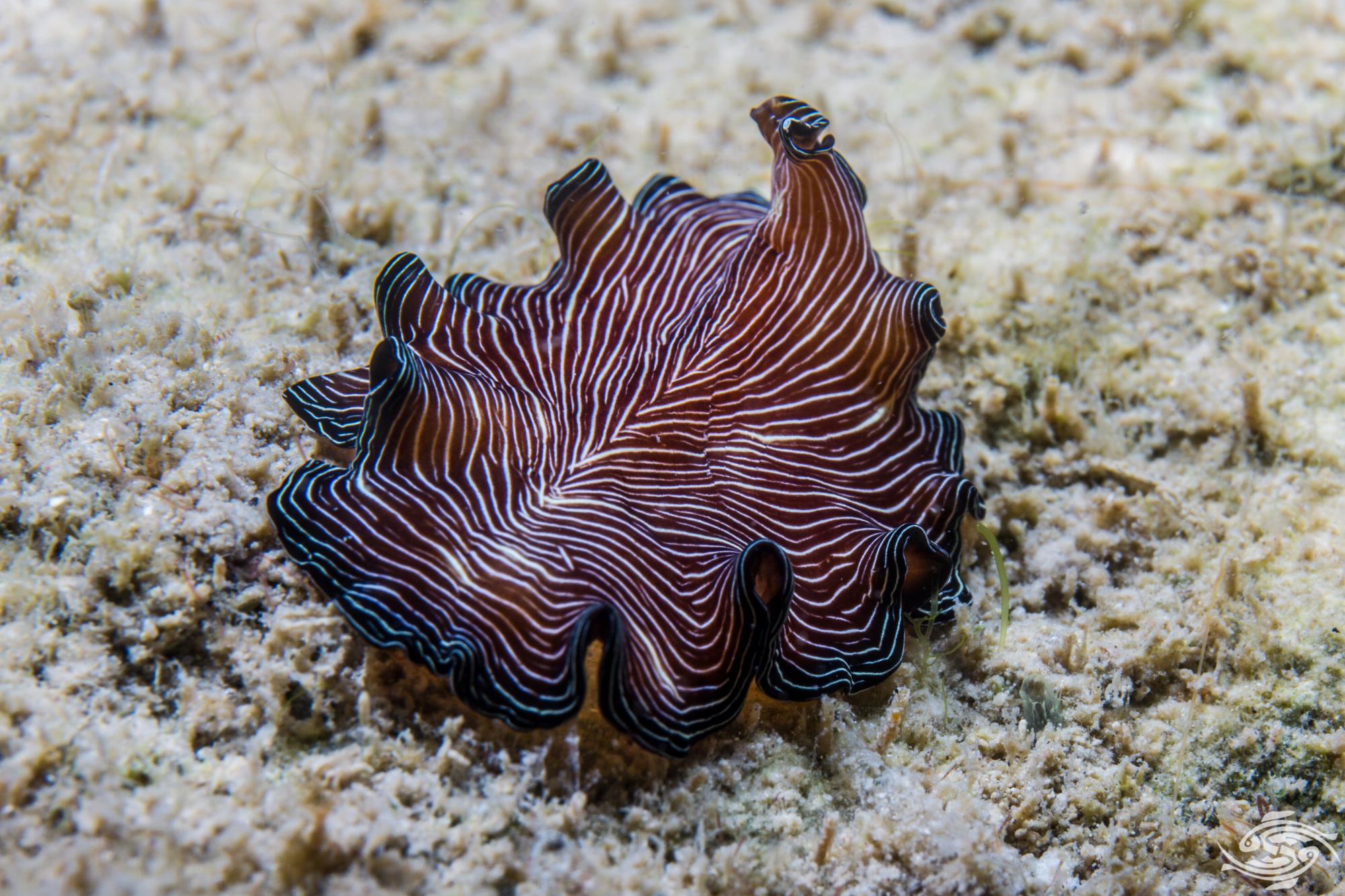 Marine Flatworms have small cilia or hairs on the underside of their body. By moving these hairs and secreting a slime they are able to move quite rapidly over the reef.

Some marine flatworms are nocturnal and once exposed to light will immediately head for the darkness. Most however will head off in the opposite direction if one puts a torch on them even during the day. They seem very sensitive to strong light.

On occasion they will detach from the substrate and swim off by undulating the body.  This is quite a sight to see close up and can be seen in the video below. This is a Persian Carpet Flatworm (Pseaudobiceros  bedfordi) so named because of their resemblance to a Persian carpet.

Many marine flatworms mimic poisonous Nudibranchs, this is known as Batesian mimicry where the non poisonous flatworm which is called the Mimic, has coloration which closely resembles the Model, in this case being the species of nudibranch that it resembles. 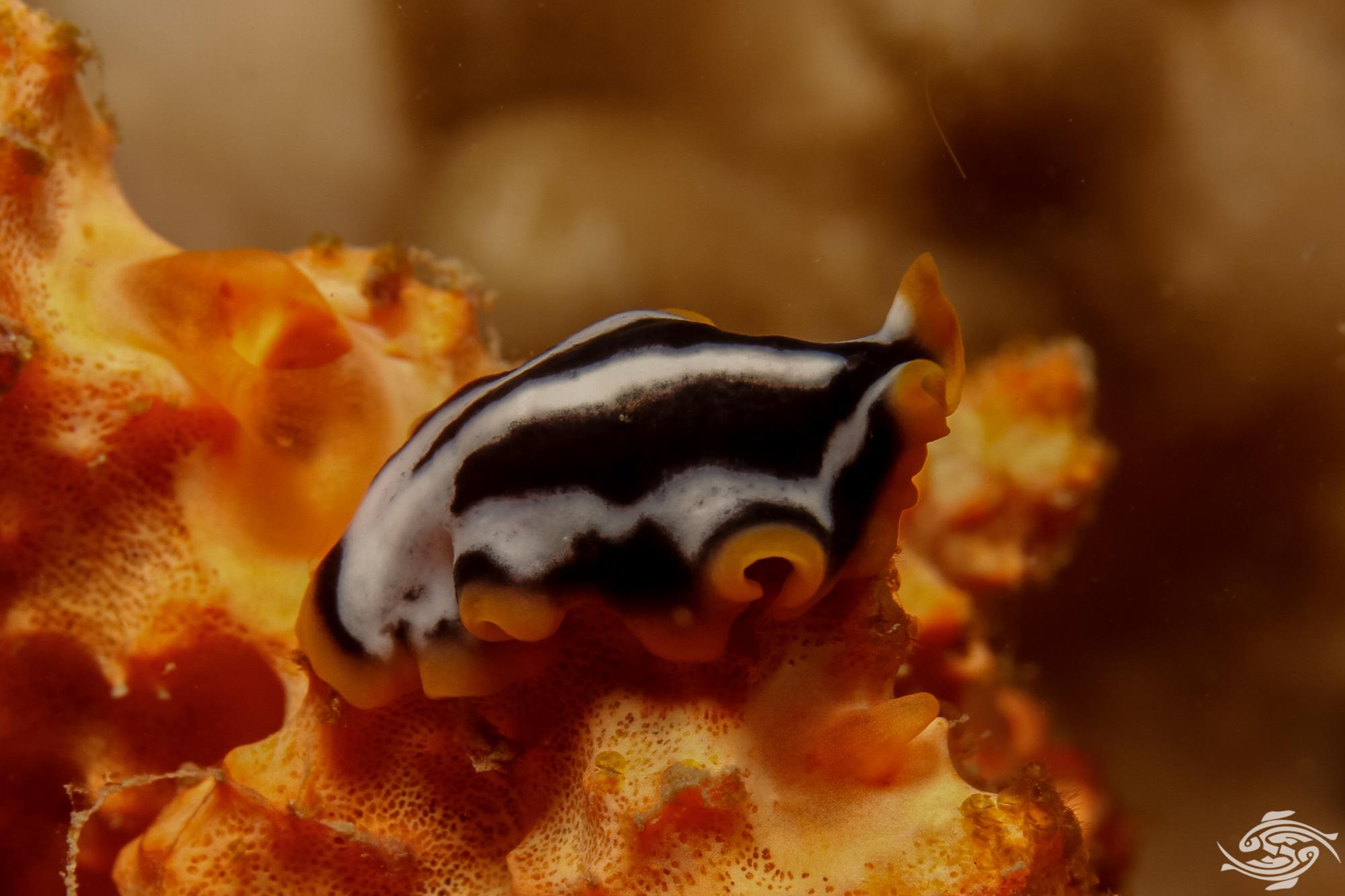 The close resemblance between the Flatworm above and the African Chromodoris (Chromodoris Africana) below is clearly visible. 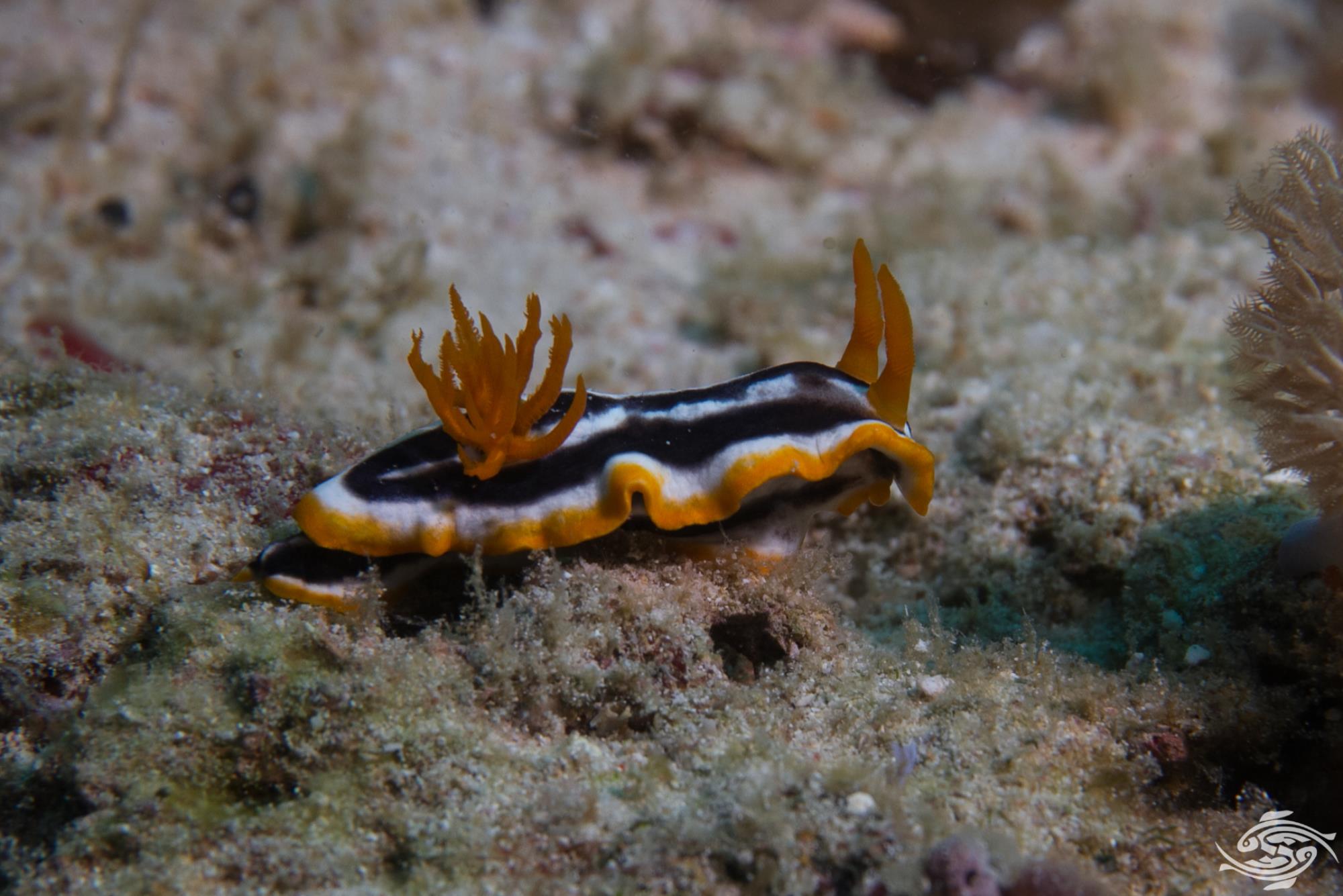 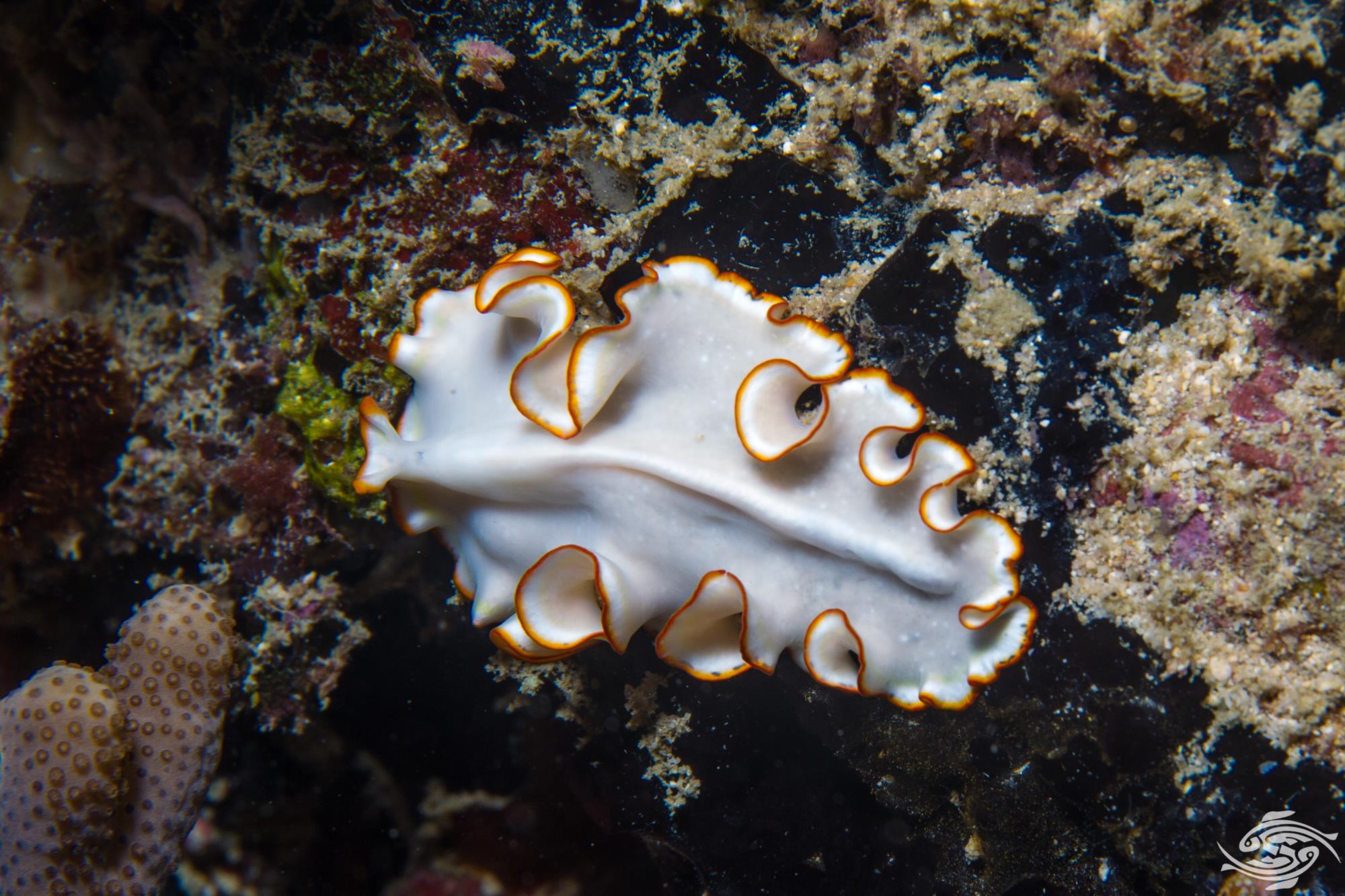 Again in these two images the flatworm species above does an excellent job of mimicking the Symetrical Nudibranch as seen below. 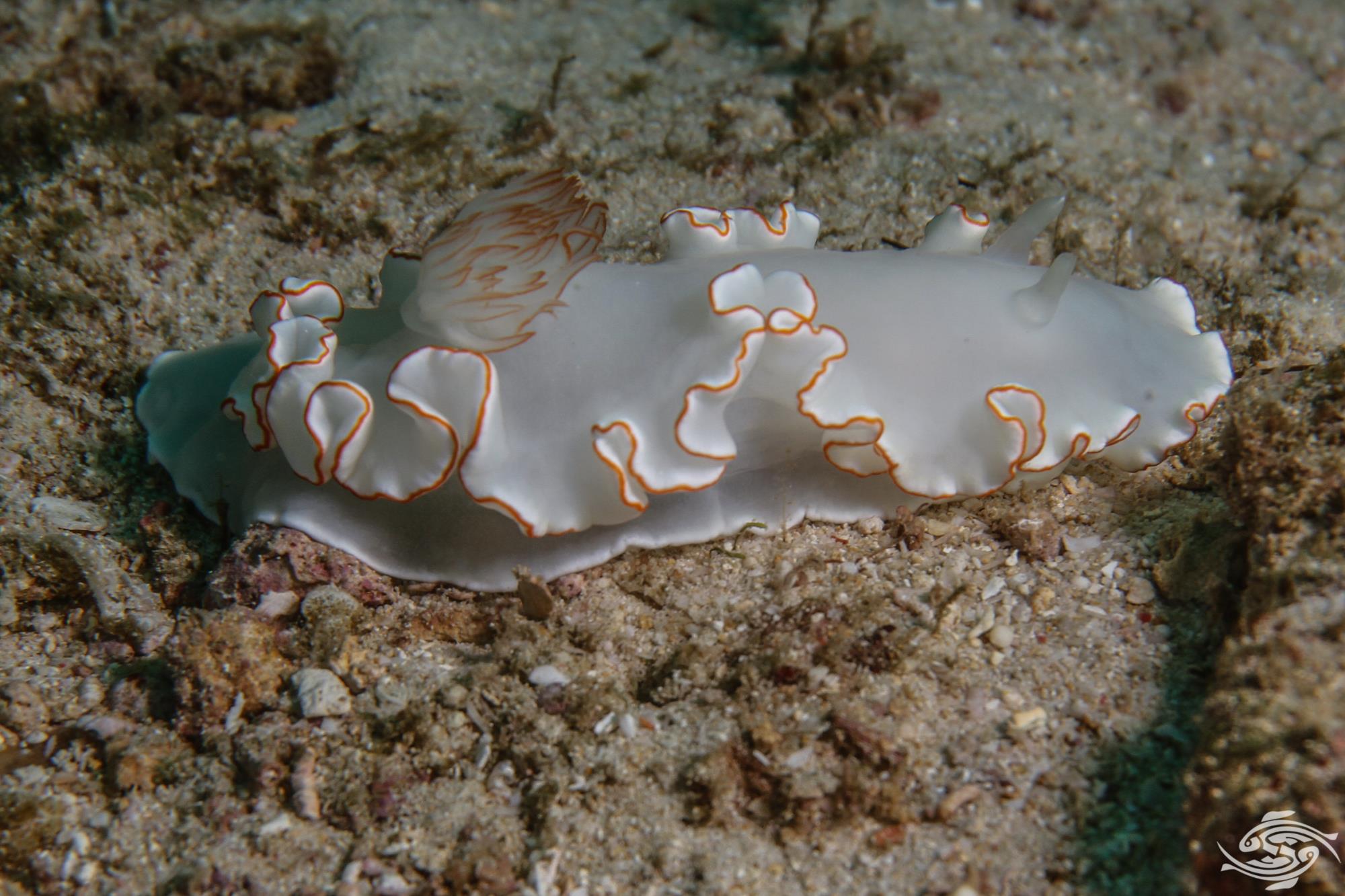 Marine flatworms are found throughout the worlds oceans but tend to be more colorful in tropical oceans. There are a tremendous variety of colors on tropical reefs and although many species are colorful, there are other species that rely on camouflage such as the specimen below which blends in well onto the reef surface. 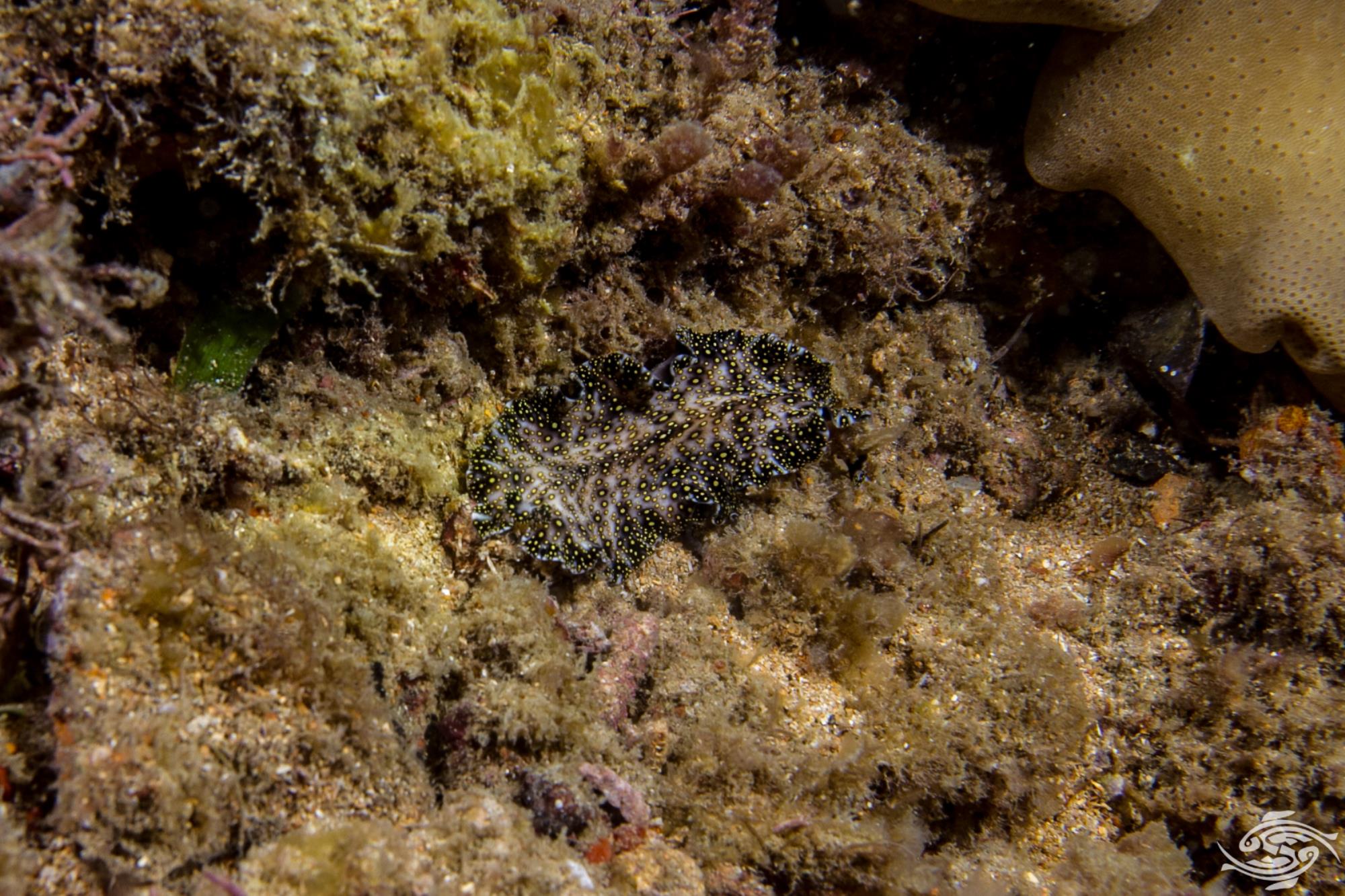 Flatworms possess a ‘blind gut’, they have a single opening or mouth to the stomach area or gut. This opening is normally situated in the center of the body. Because nutrients and waste have to be spread around the body by diffusion this gut branches across the body to make it easier for the nutrients and waste to diffuse into the body.

What this in effect means is that the waste products from the digestion are also circulated through the body. To deal with waste removal from within the body they have what are known as Protonephridial excretory organs. That sounds like a bit of a mouthful, but they are small organs which do not have an opening into the body, rather they are situated inside the body and open into a network of tubes with openings on the outside of the body. 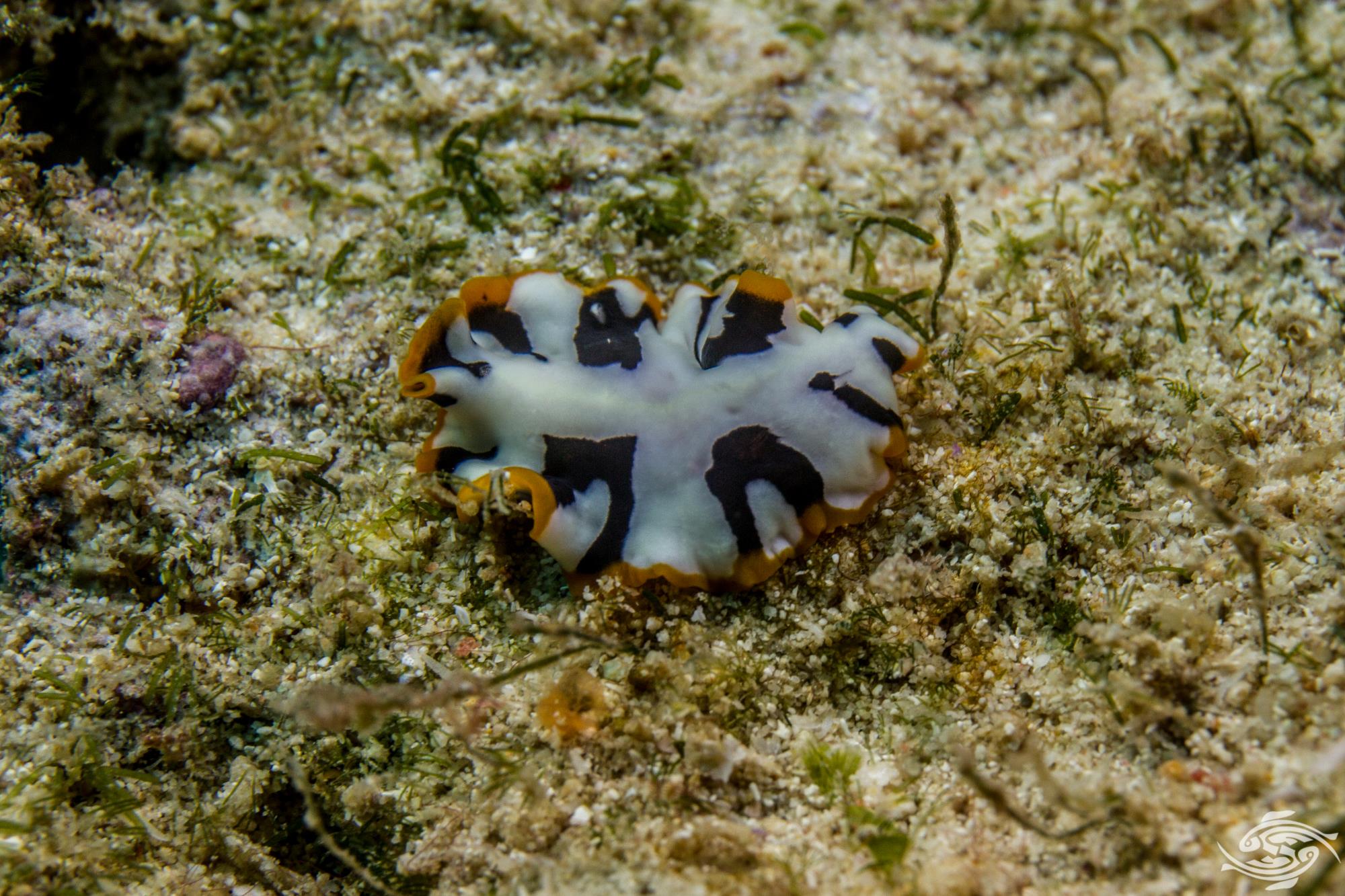 Within the bulb section are cilia ( small hairs) which move creating pressure. This moves the waste up the tubes out the body and also creates a deficit of the waste around the outside of the flame cell.  This causes the waste in the body to diffuse across the body towards the flame cells. While the fluid is being pushed up the tubes, some useful elements are reabsorbed through the upper parts of the tube.

There are other cells which operate in a similar fashion but instead of having Cilia in them they have flagellae which beat and operate in the same fashion. 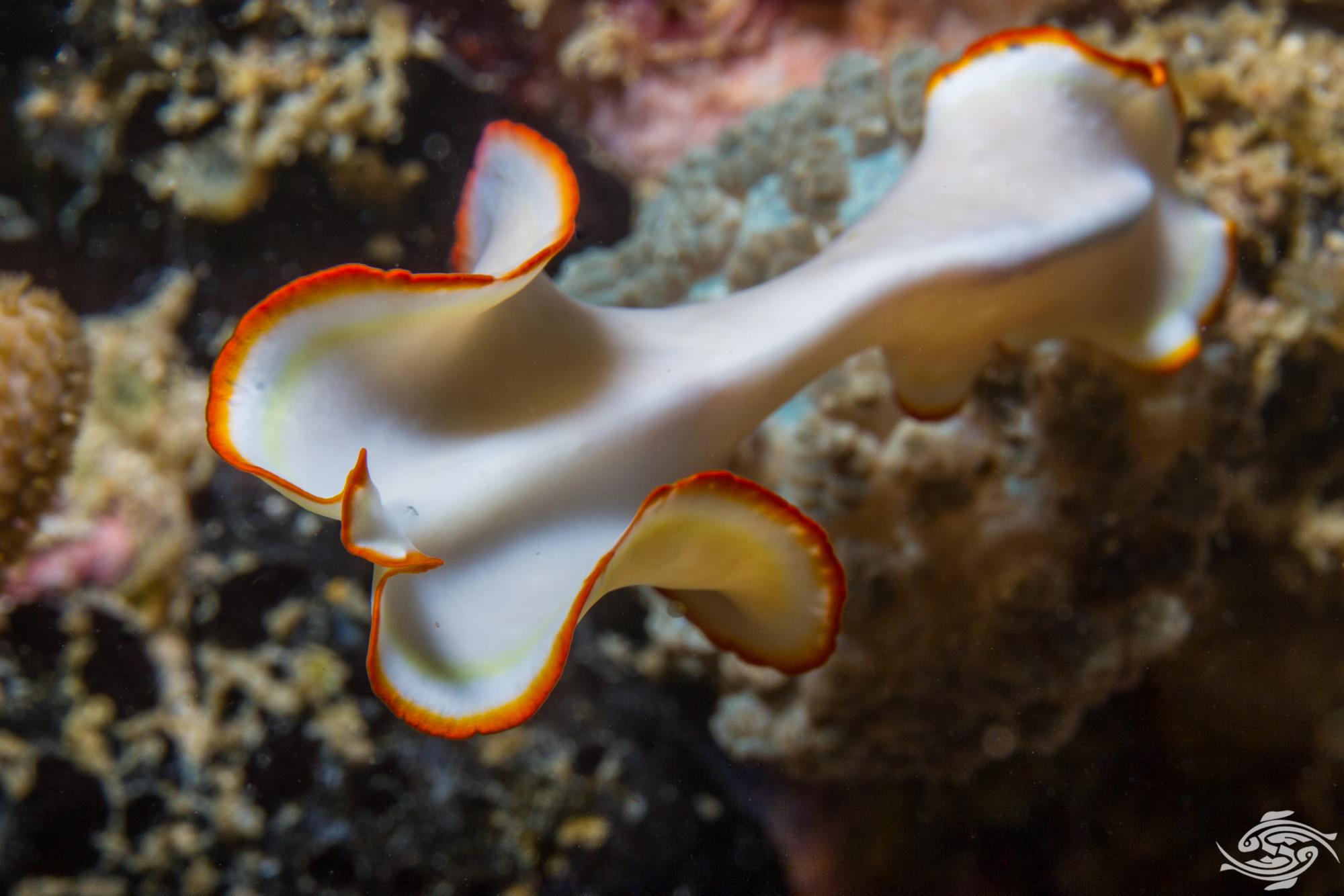 Some Marine flatworms grasp smaller prey with their body and using the flexible body move the prey to the bottom center where the mouth is situated. Others expand their gut or pharynx outside the body and envelop the prey. When the pharynx is not in use it is withdrawn into the body. This can be seen in the image below.  The Flatworm is feeding on ascidians. 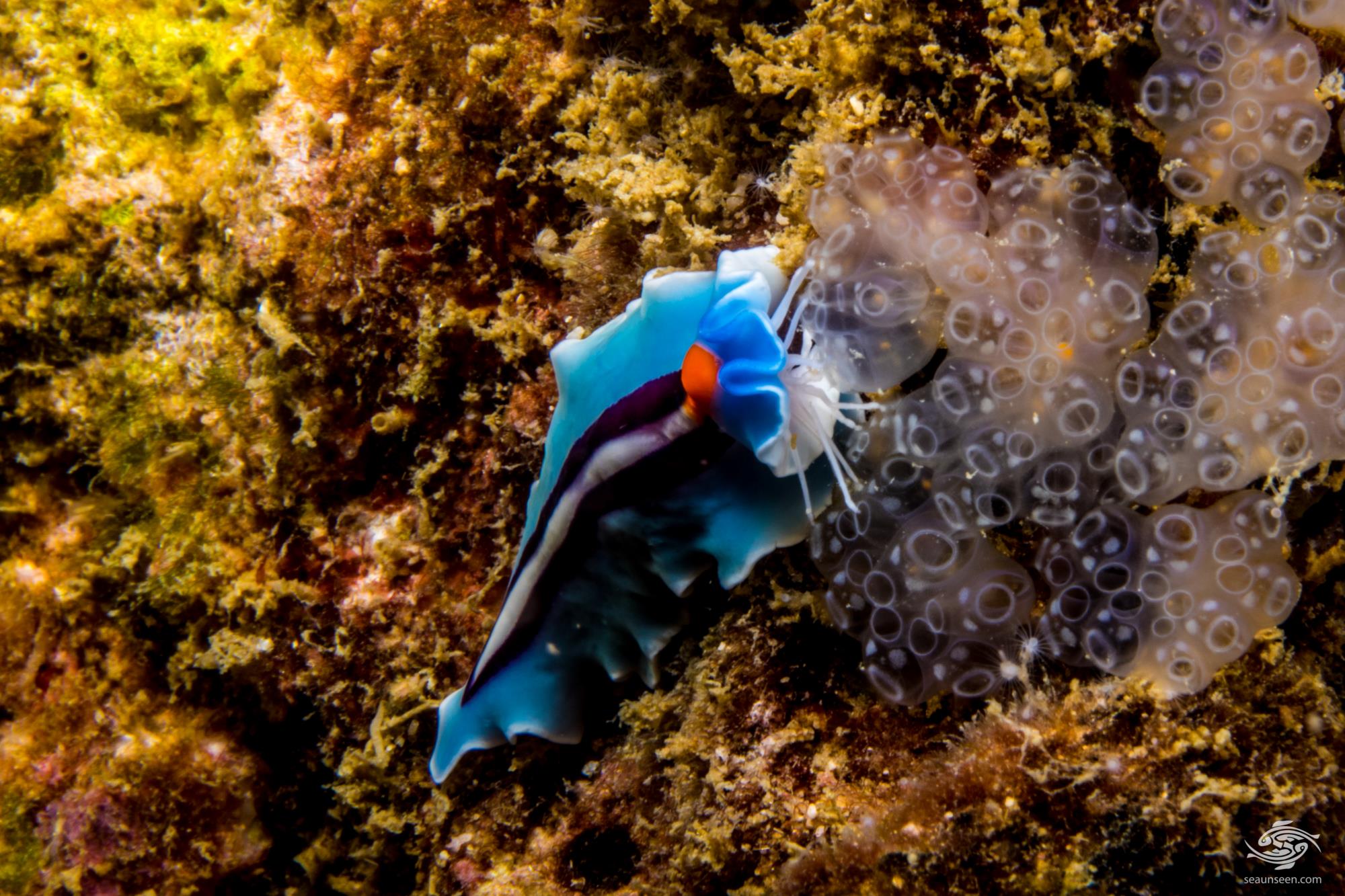 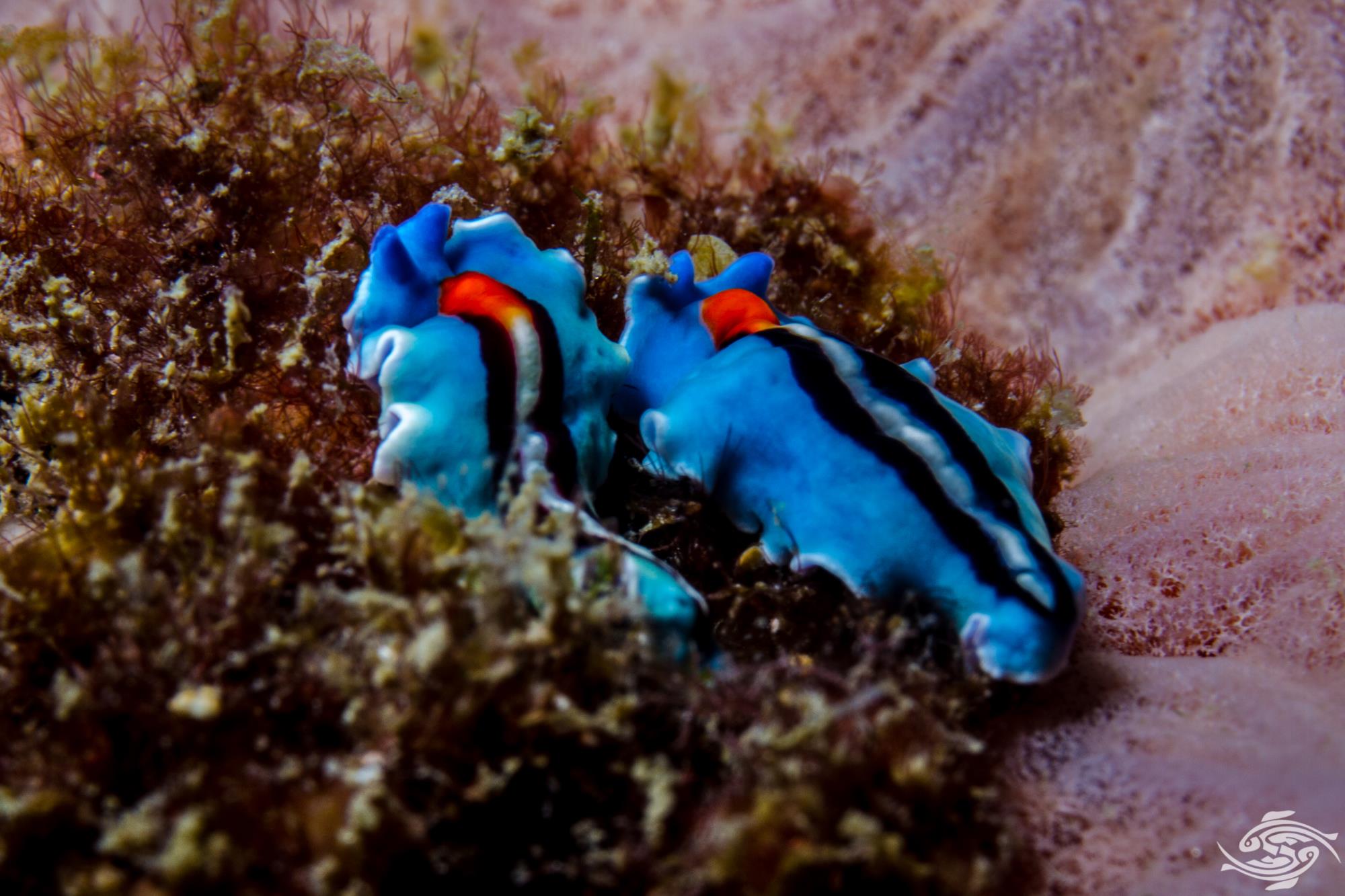 Flatworms are simultaneous hermaphrodites meaning that they have both male and female organs. Sperm is passed across from one to another by darting. When two specimens of the same species meet and are ready for mating each will attempt to dart the other and pass sperm into the others body. If one can dart the other without being darted this means that the specimen that avoids being darted can avoid the extra energy cost in having to produce eggs. Because of this they often fight with each other to prevent themselves from being darted while trying to dart the other.

The darting can take place anywhere in the body and once the sperm is inside it makes its way to the female organs within the body. Once the eggs are fertilized they are laid in a jelly like substance. On hatching miniature flatworms emerge. 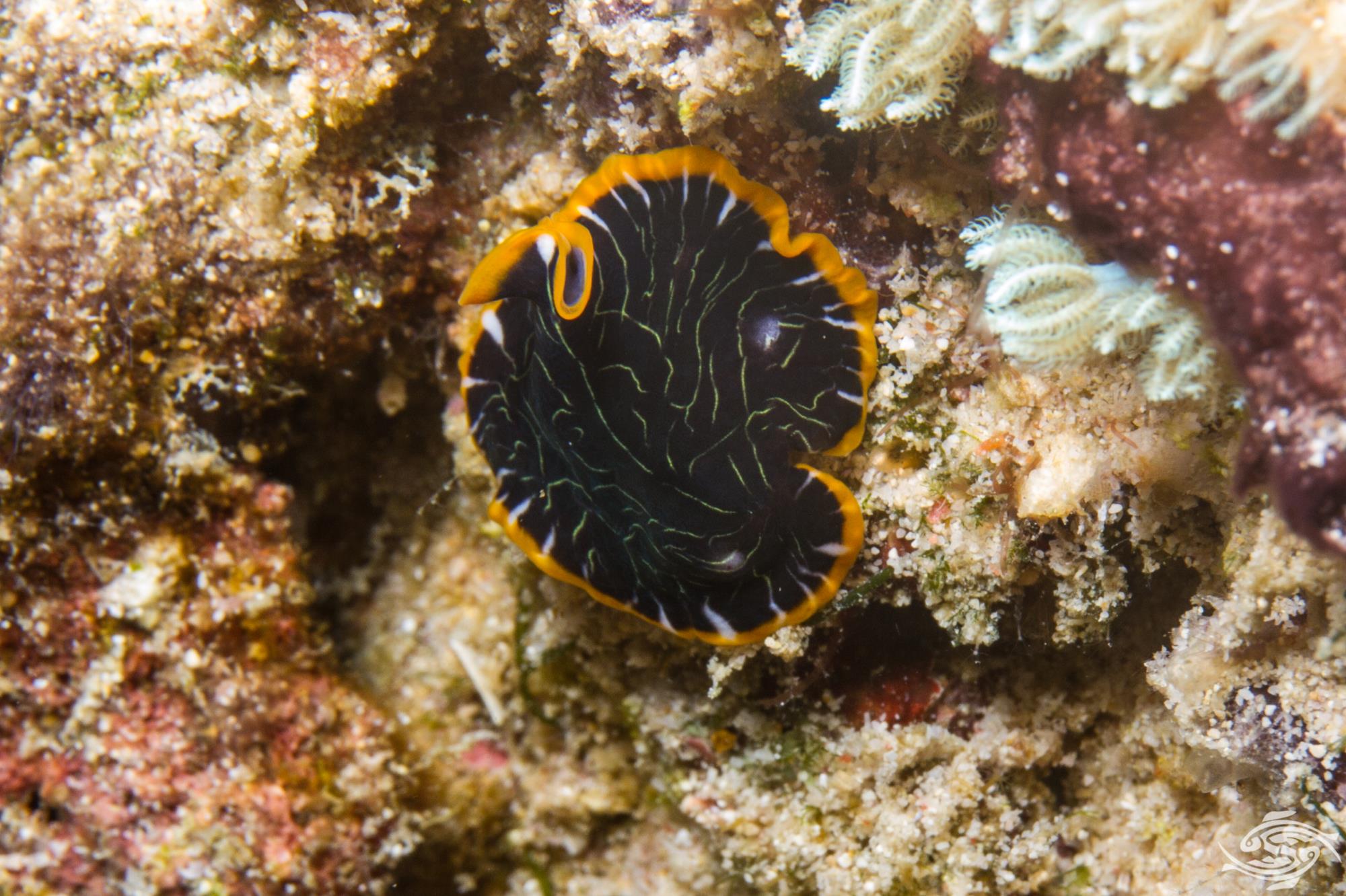 Some flatworms have amazing powers of regeneration. If they are cut in half, two specimens form. They can also be induced to grow several heads if their heads are sliced in the right way. These regenerations can take as little as ten days. For a more technical explanation of the various theories on how this regeneration takes place there is a good explanation here. 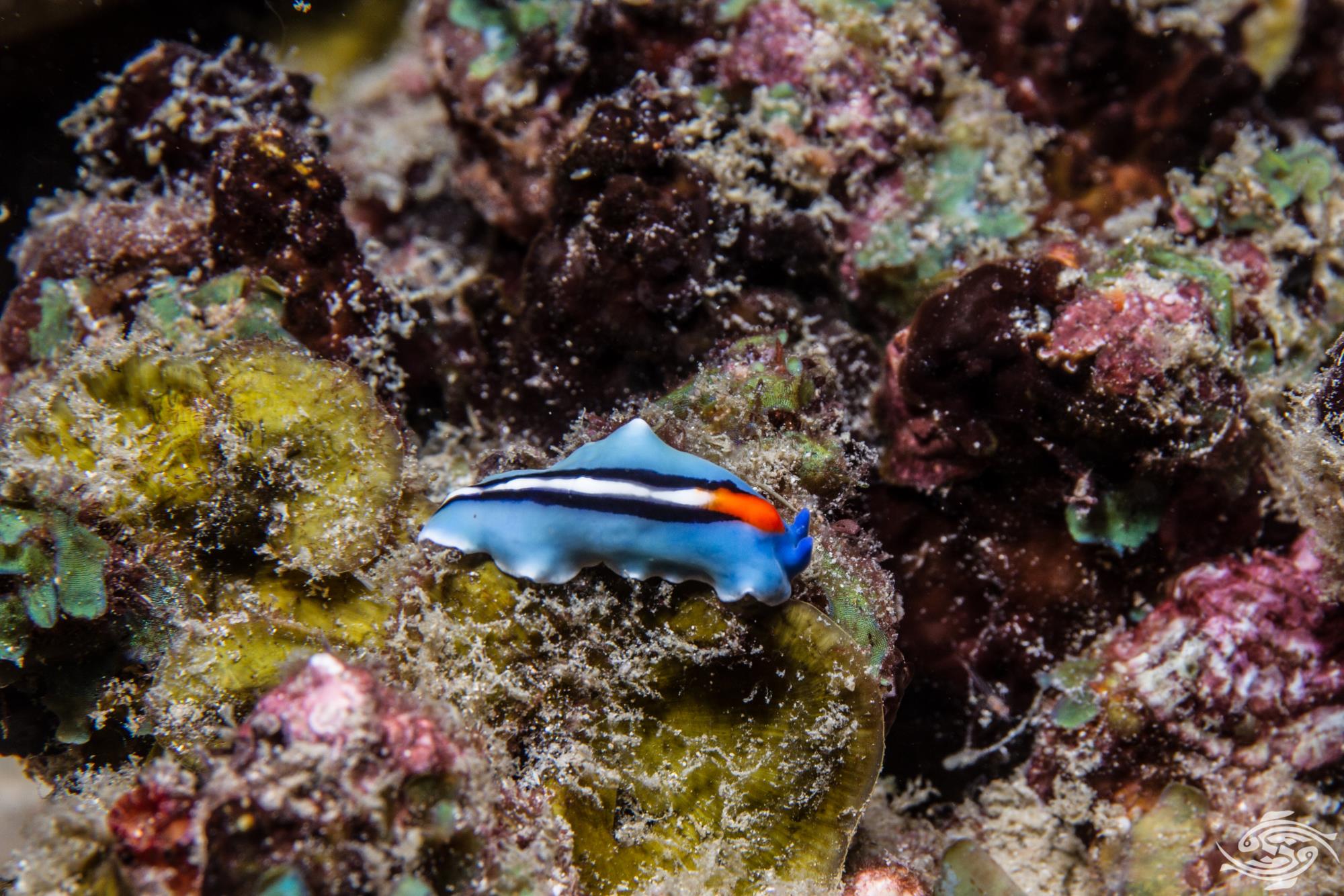 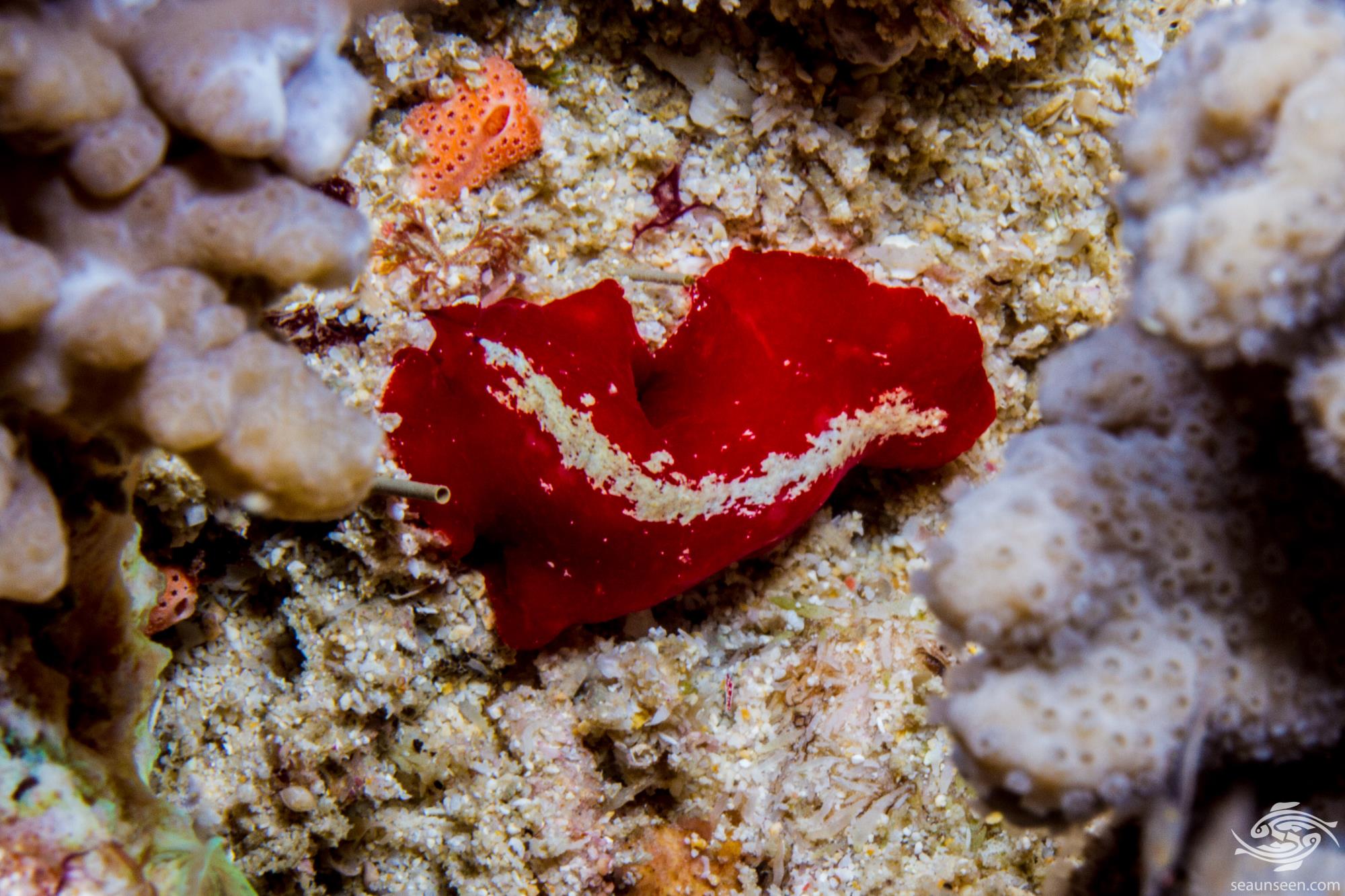