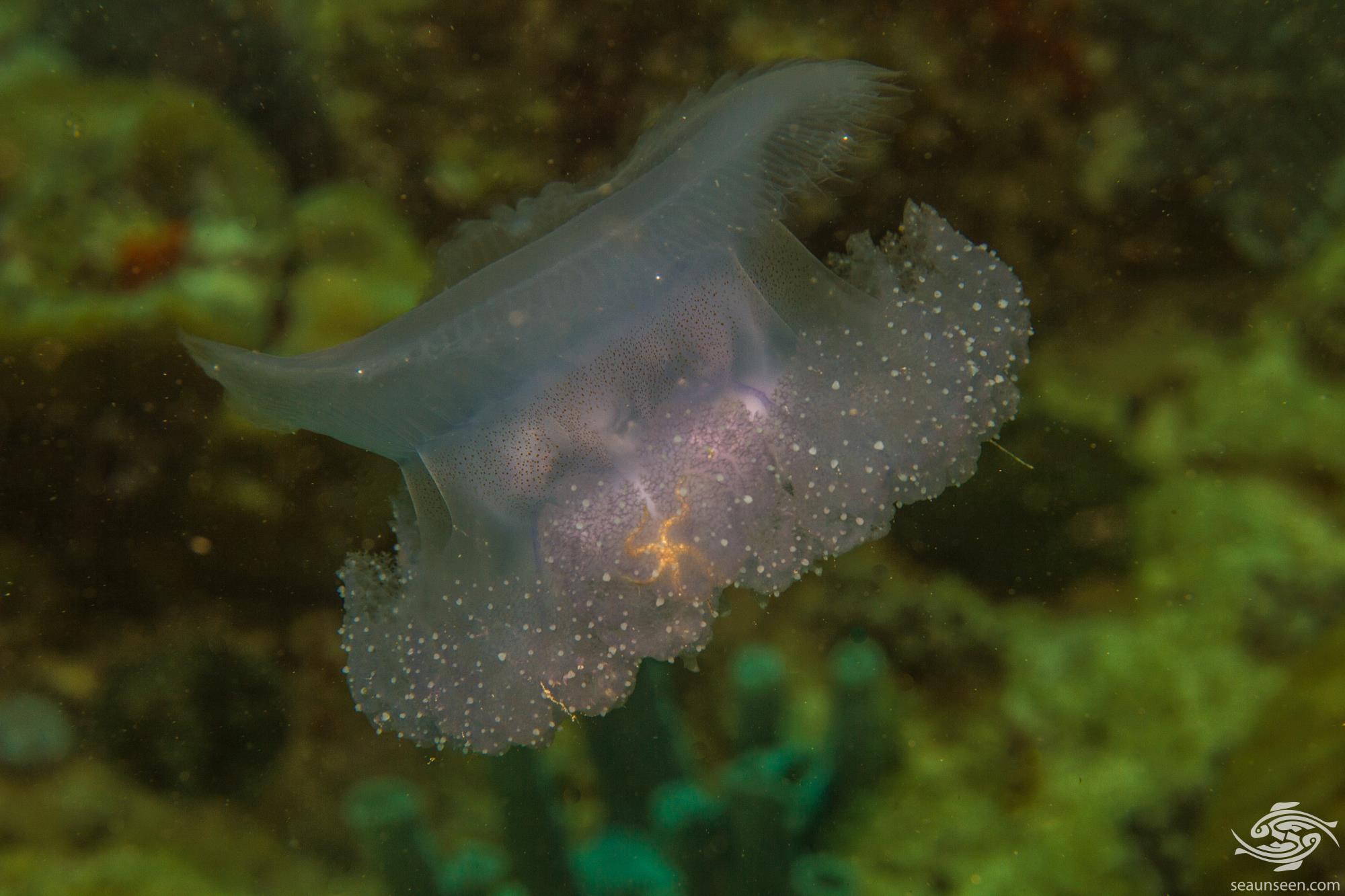 Marivagia stellata  is an interesting jellyfish , they originate from the Indian Ocean but were discovered off Israel after they migrated up the Suez canal into the Medditeranean. (Galil and Gershwin, 2010) The jellies in these images were photographed off Dar es Salaam , Tanzania during  February 2018.

Marivagia stellata is a transparent jelly that varies in colour from white to a blue-purple colour.  The bell grows to approximately 12- 15 cm in width and has 8 arms that are a similar color to the body.  The top of the bell is concave with pigmented markings on it as can be seen below.  The skirt used for propulsion curves downwards off the top of the bell.  The arms contain mouths that transport food to the jelly’s stomach. 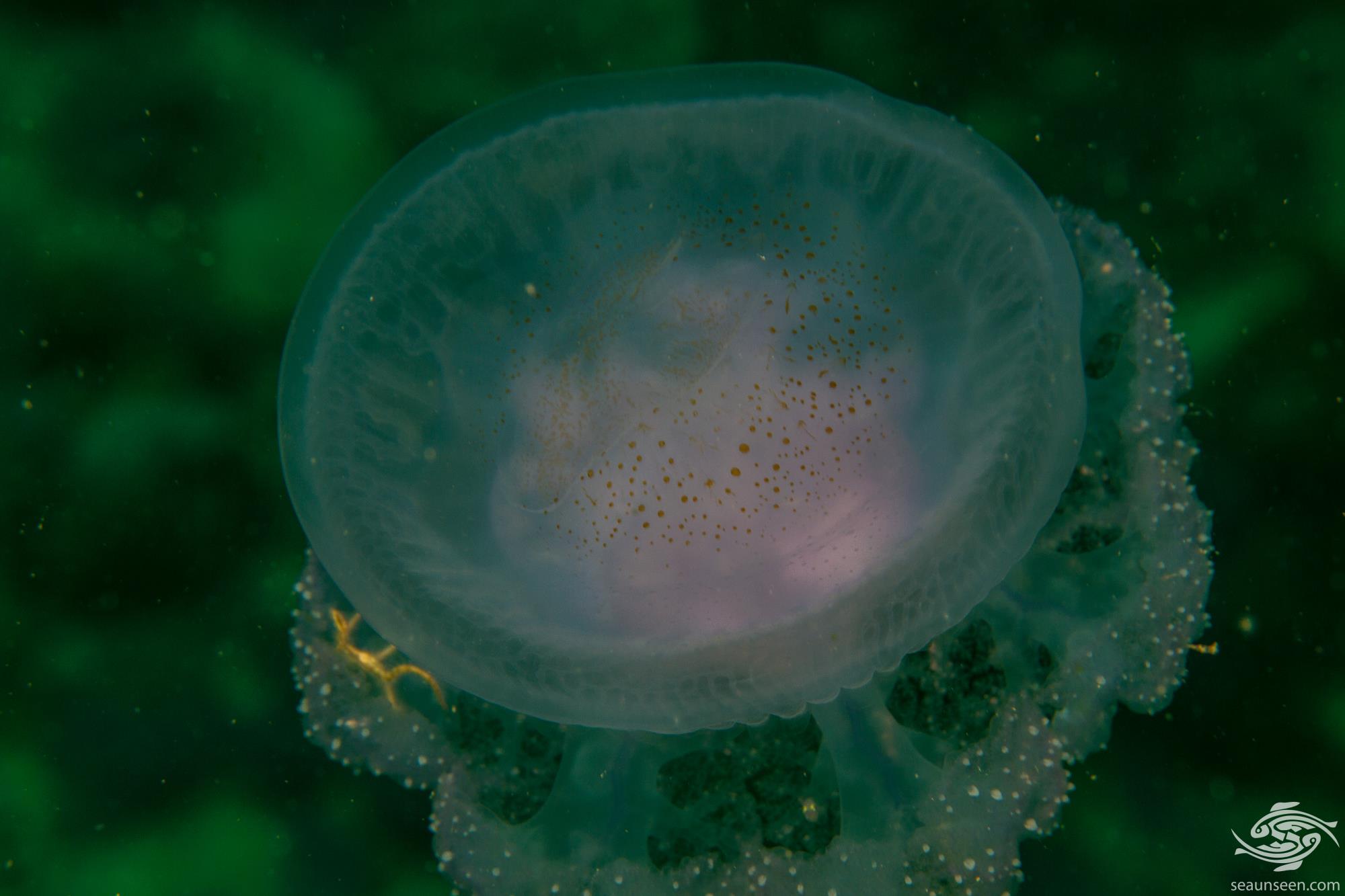 The eight tentacles  have large numbers of nematocysts or stinging cells on them. These are similar to a tube that has been pulled inside out into its self with a sharp point and has a mechanism to pump poison through the end of the point. These nematocysts are extremely small, about 0.001 mm in diameter.
There is a trigger on the exterior of the tentacle and when this trigger is activated either chemically or physically the tube or tubule as it is known inverts its self. Pushing outwards and pushing the point into the prey, it then pumps poison up the tubule into the prey. This process of firing takes place in 700 nano seconds which is extremely fast and occurs with substantial pressure. In some species the point is able to penetrate the shell of small crustaceans.
There are two types of stinging cells in jellies tentacles , nematocysts and spirocysts and these inject canhypnotoxin, thalaxin and congestin into the prey. Hypnotoxin has an anaesthetic effect and paralyzes the prey. Thalaxin has an allergenic action, generating an inflammatory reaction. Congestin paralyzes the circulatory and respiratory systems of the prey.

The stings of Marivagia stellate do not seem to have any effect on human hands and no effects at all were felt. 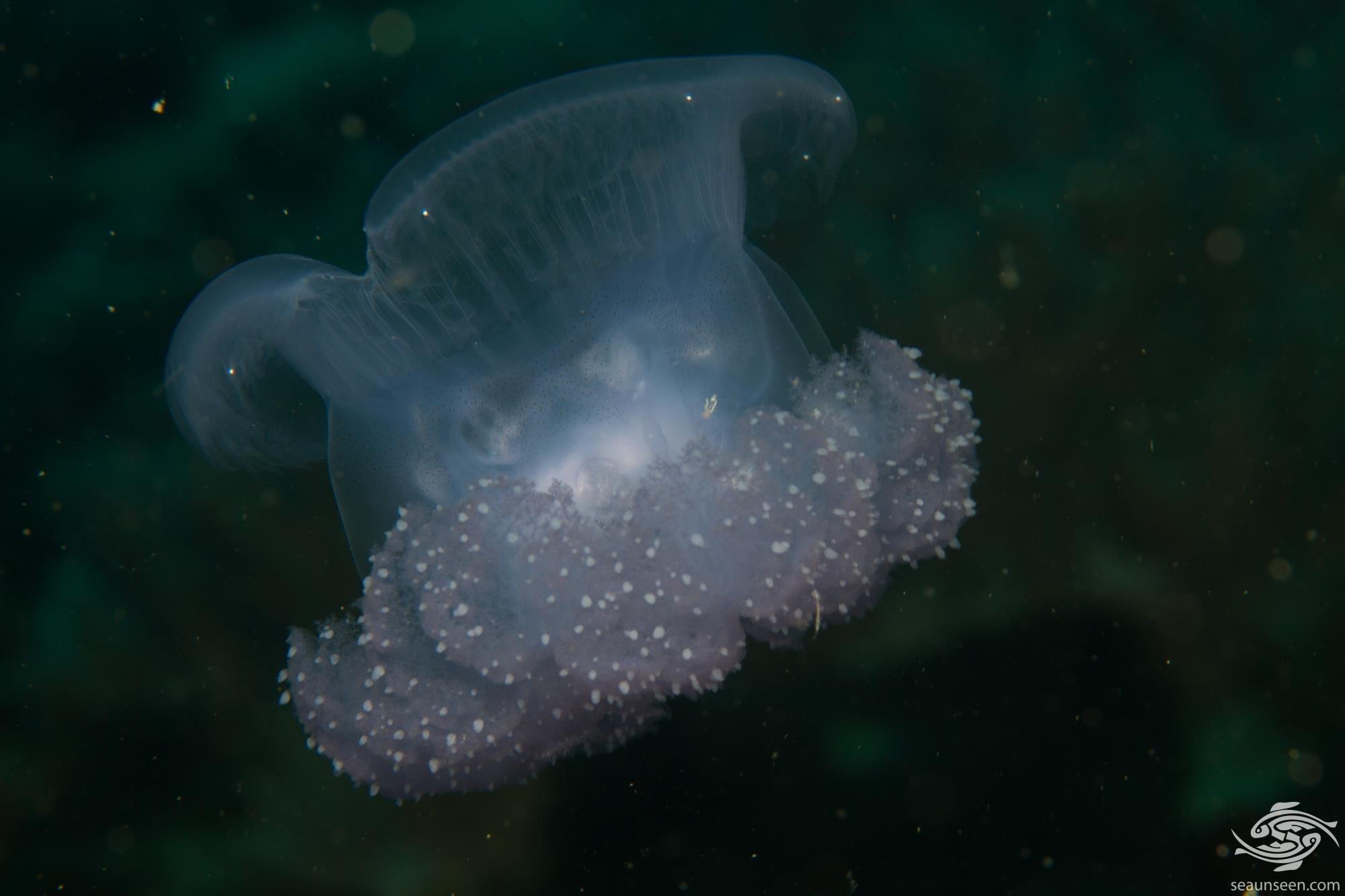 Marivagia stellata are sometimes seen in early spring and summer off the Tanzanian coast, usually in groups of several thousand with a density of roughly one every 5 meters square. They seem to sit below 12 meters and seldom go higher in the water table. They are heavily predated on as many of the jellies we have seen have large chunks taken out of them. From the shape of the bites it is probable that Turtles are the predator as the bites are clean edged and appear to be from a predator with a beak type bite. Interestingly the arms are not eaten and it is very common to see a set of arms swimming by its self with the bell picked off.

From observing Marivagia stellate washed into the shallows ( 12meters) almost every specimen would swim downwards, hit the bottom , swim sideways and then attempt to swim downwards again.  This pattern was repeated by all the specimens observed in the shallows . In the deeper waters they were generally seen below 15 meters and mainly concentrated around 20 meters. 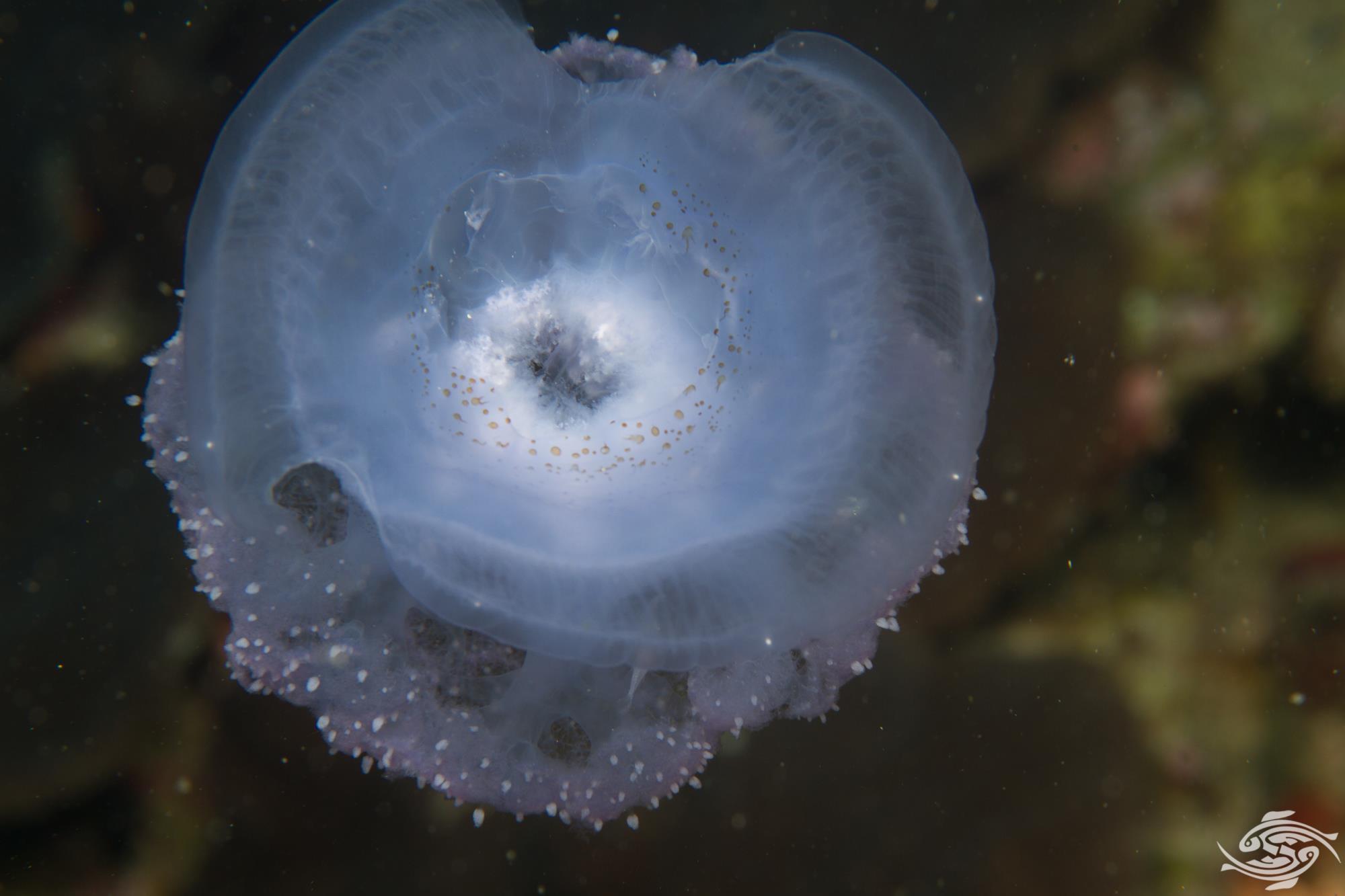 Marivagia stellata do not have what we would traditionally call a brain or centralized concentration of nerve cells. Instead they have a nerve net distributed throughout the body which has various simple sensors on it and operates in a decentralized fashion. Information is transmitted through the net and via a circular set of nerves that runs around the bell with rhopalia on it, small structures containing sensors to sense light and gravity.

The circular nerve net around the bell also controls the contraction of the bell for propulsion. Jellies use their light sensing cells to orientate themselves against the light. They use pulsations of their bell to propel themselves forward and having no sight, have limited control over where they will end up, their directional logic being generally limited to either moving away from light or towards it. Recent research indicates that some jellies may orientate their direction on a current but this is not yet proven. 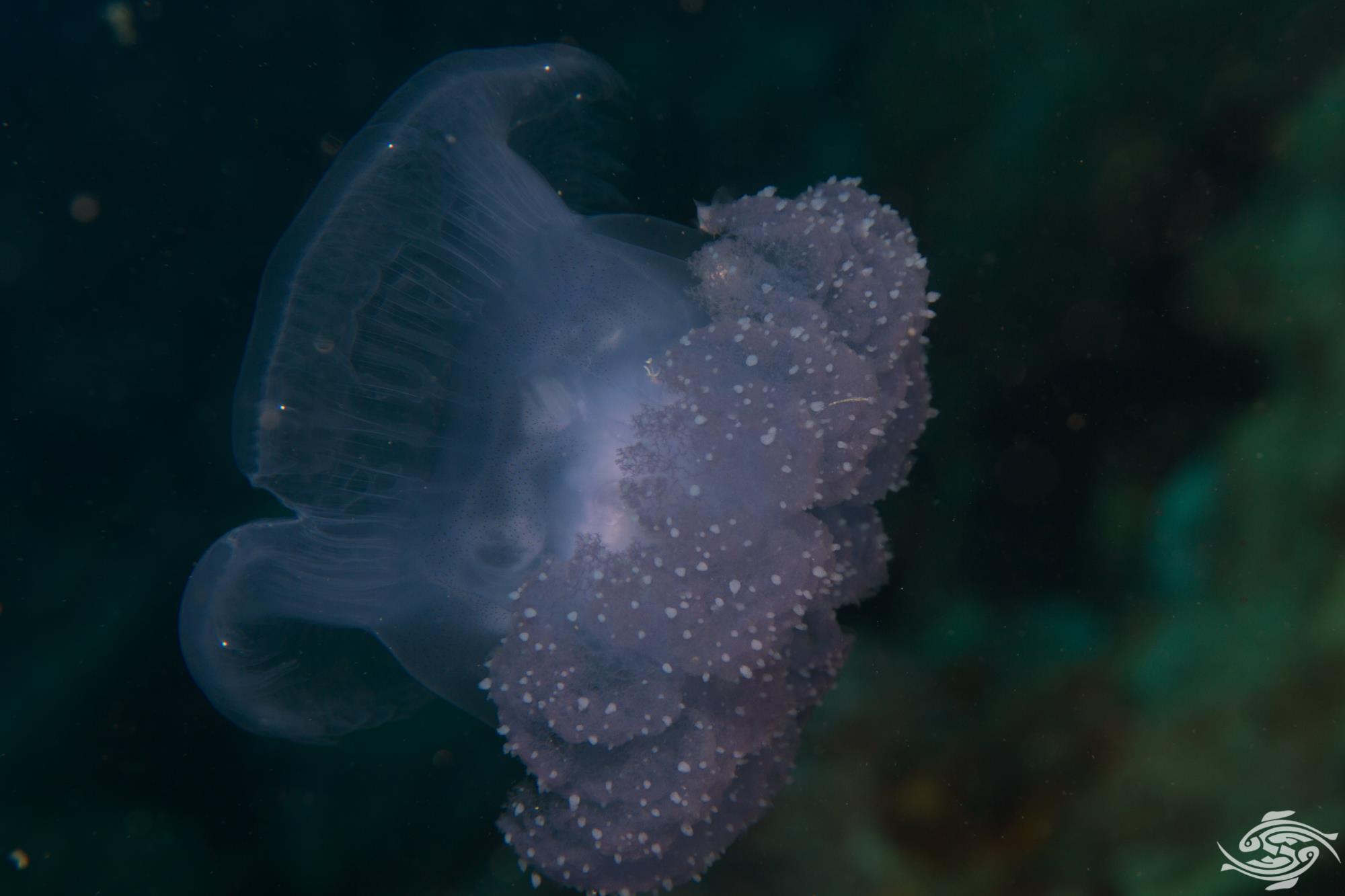 The Marivagia stellata jellyfish is found across the Indian Ocean and has migrated up the Suez canal into the Mediterranean sea. There have been confirmed siting’s in India, Pakistan and now Tanzania as well as off the eastern Mediterranean coasts. 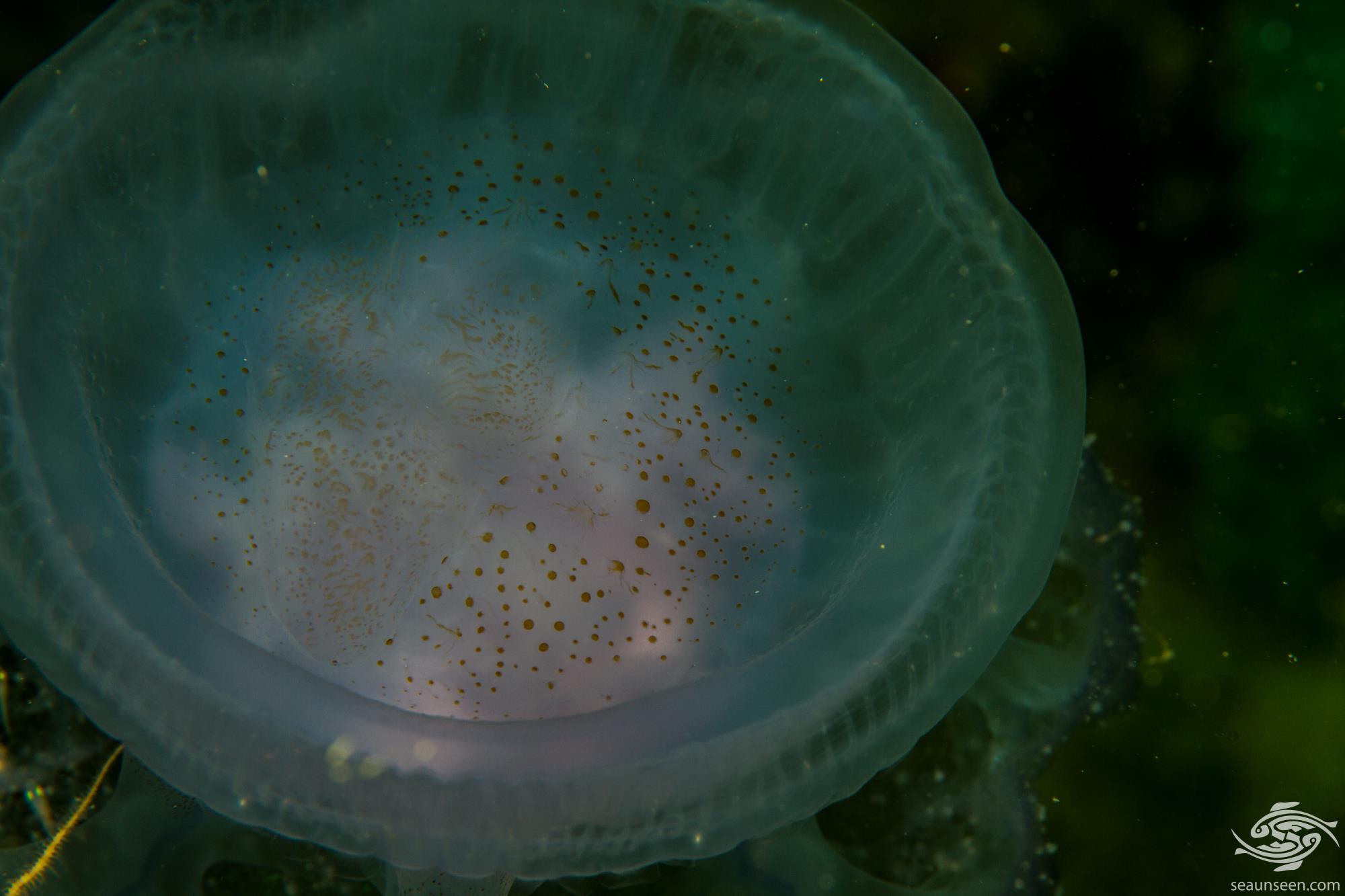 Marivagia stellata  jellyfish are assumed to obtain their nutrition from capturing small organisms in the water table . The stinging cells on the tentacles are used to capture prey. From the small fishes hiding in the tentacles one wonders whether the tentacle have any effect on even small fishes.

Jellyfish or sea jellies can reproduce through both sexual and asexual reproduction. During the Medusa stage specialized organs known as gonads form either eggs or sperm. In  some species, female jellies release eggs into the water table. These are fertilized by sperm released by the males. In others the eggs are fertilized in the stomach of the female when the sperm released by the males swims into the females stomach and then fertilize them there. Little is known of the breeding habits of

At this stage little is known about the reproductive habits of Marivagia stellate. 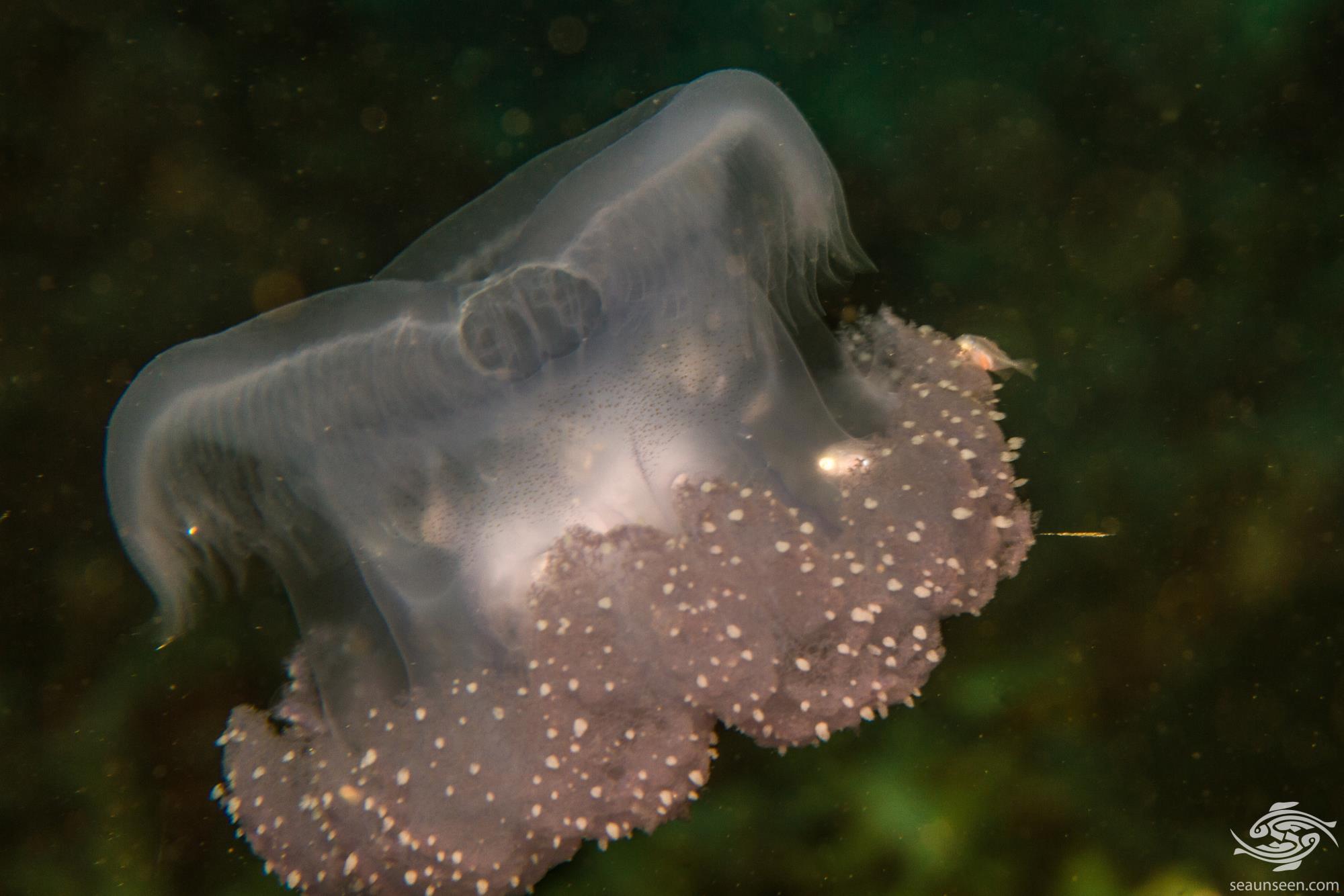 Some species of fish use the Marivagia stellata jellyfish for protection and swim inside the jelly when they feel threatened as can be seen in the images below. As well as small fish , several brittle stars were also seen inside some specimens.  The organism alongside the fish in the image below appears to be some type of annelid. 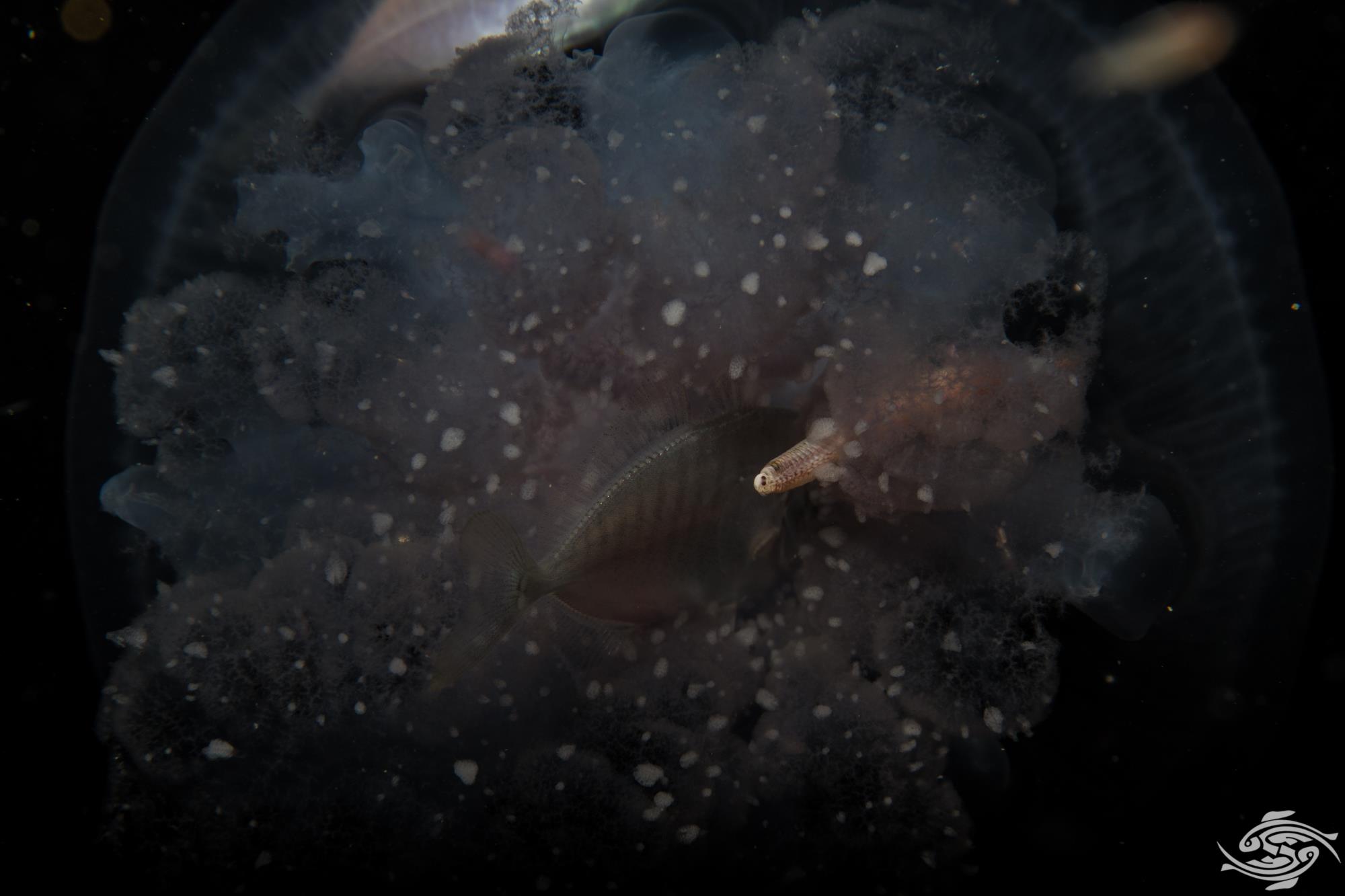