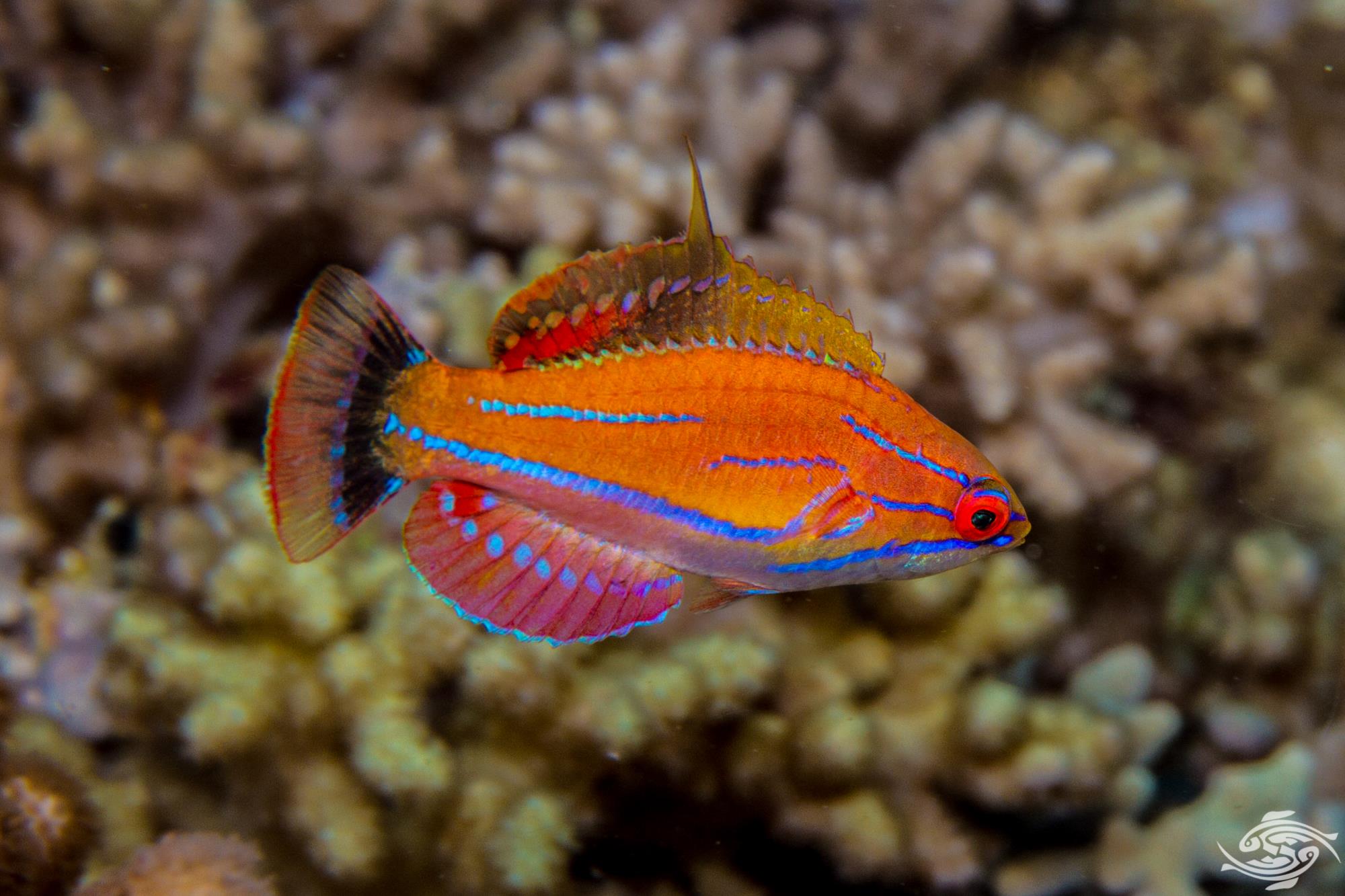 The McCosker’s Flasher Wrasse – Paracheilinus mccoskeri is an extremely colorful wrasse that is rare on the Tanzanian coast. When the male, pictured above is showing off or flashing as it is known , their colours are enhanced and they really stand out.

The juvenile McCosker’s Flasher Wrasse, pictured below have an orange background color with three purple lines radiating back from the nose stopping just ahead of the gills. The eye is ringed in red and there is a prominent white mark just above the eye. Two purples stripes start behind the gills and go back towards the caudal area and there is a purple stripe along the dorsal section of the body alongside the dorsal fin. 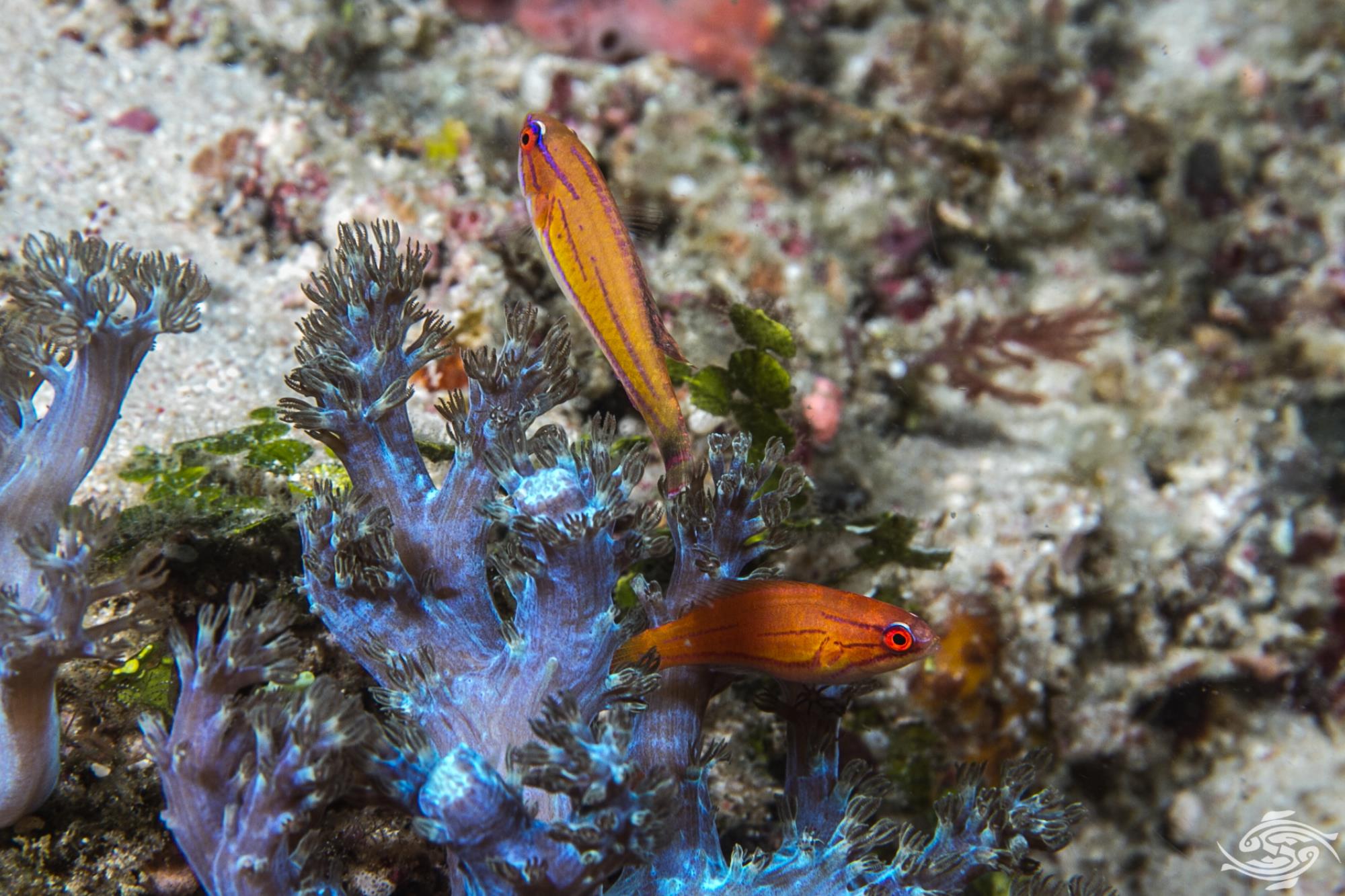 As they age into mature females, the colour becomes slightly more pinkish and the lines turn iridescent blue. This can be seen in the image below. The white mark above the eye disappears. 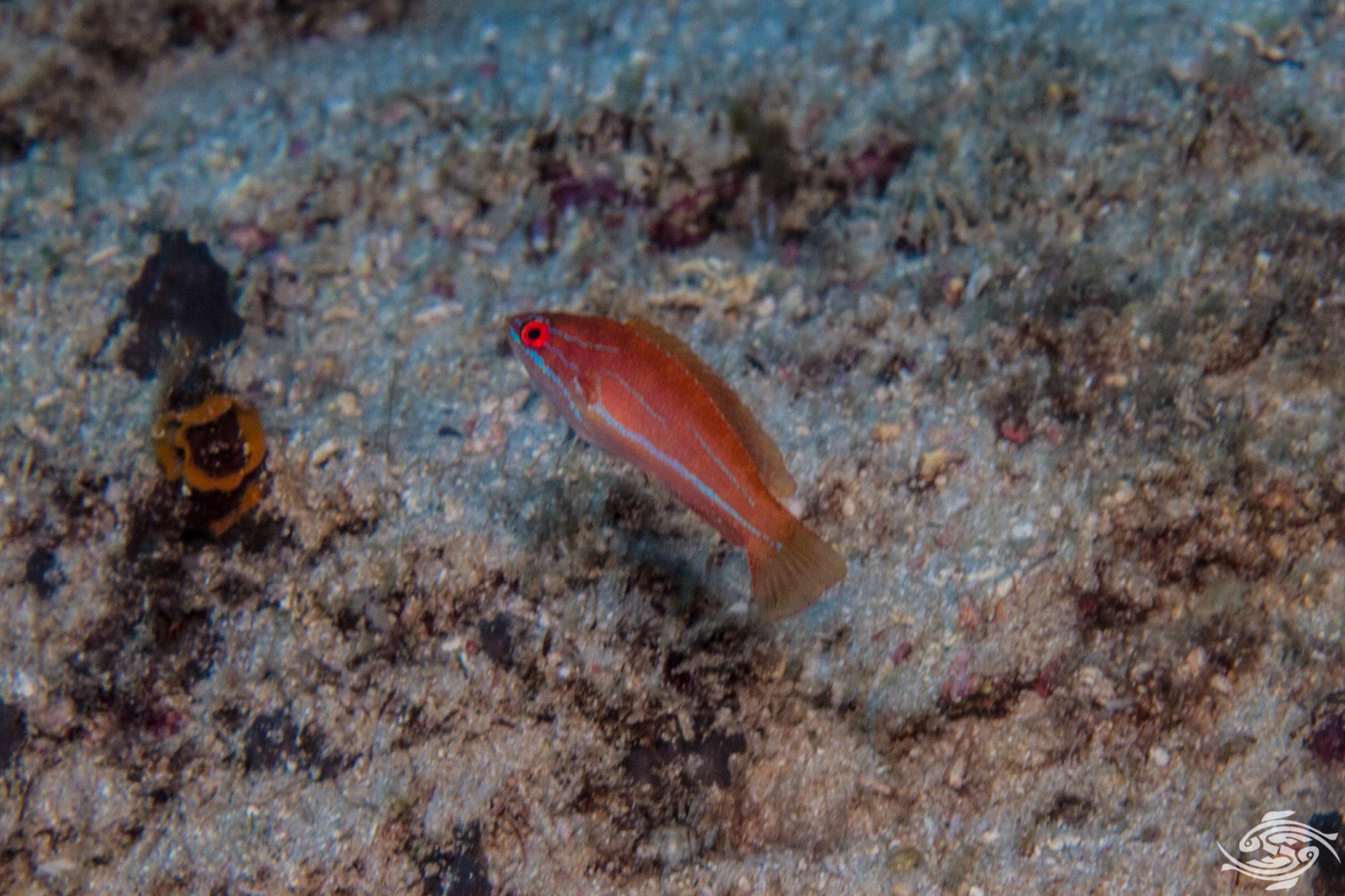 There is a red patch on the rear of the dorsal fin. The caudal area develops a black bar with iridescent blue spots on the start of the spines. The caudal fin is lined with a red stripe on the rear. The enlarged anal fin is red and ringed with a blue line with a line of iridescent blue spots running across it. The three lines on the nose and the others further back on the body are a light blue iridescent colour.  They are most certainly one of the most beautiful fish on the reef and the sight of one flashing for a female is unforgettable. The larger males grow up to 10 cm in length and the females are slightly smaller. 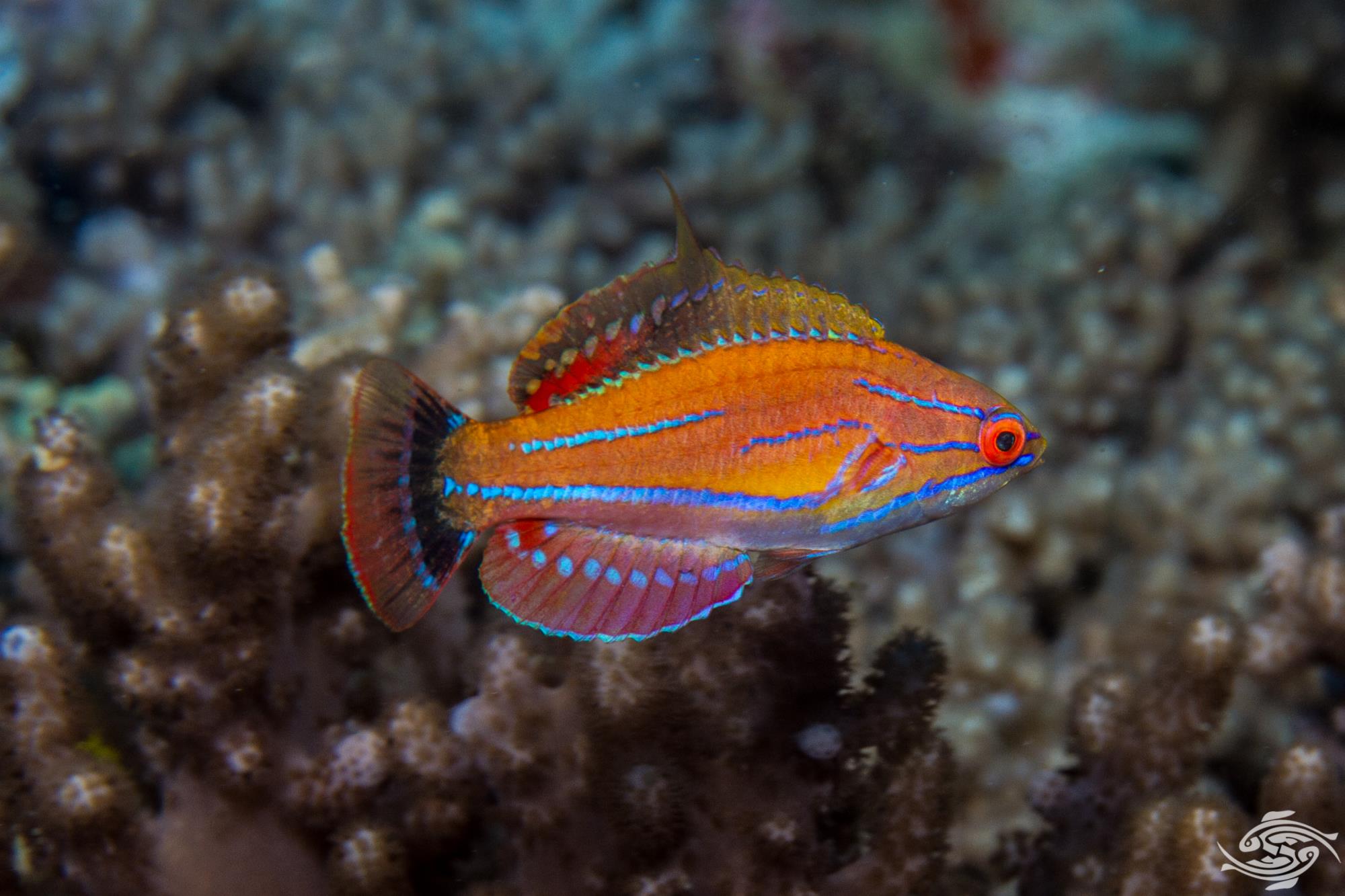 McCOSKER’S FLASHER WRASSE IN THE WILD

The McCosker’s Flasher Wrasse is not common in Tanzanian waters and to date we have only seen them at around 20 meters on rubble areas that have areas of soft coral adjoining them. The females and juveniles are very shy and are quick to dart into cover. The males on the other hand will often flash when they see a diver but are hard to approach closely. If one gets too close they dart into cover. 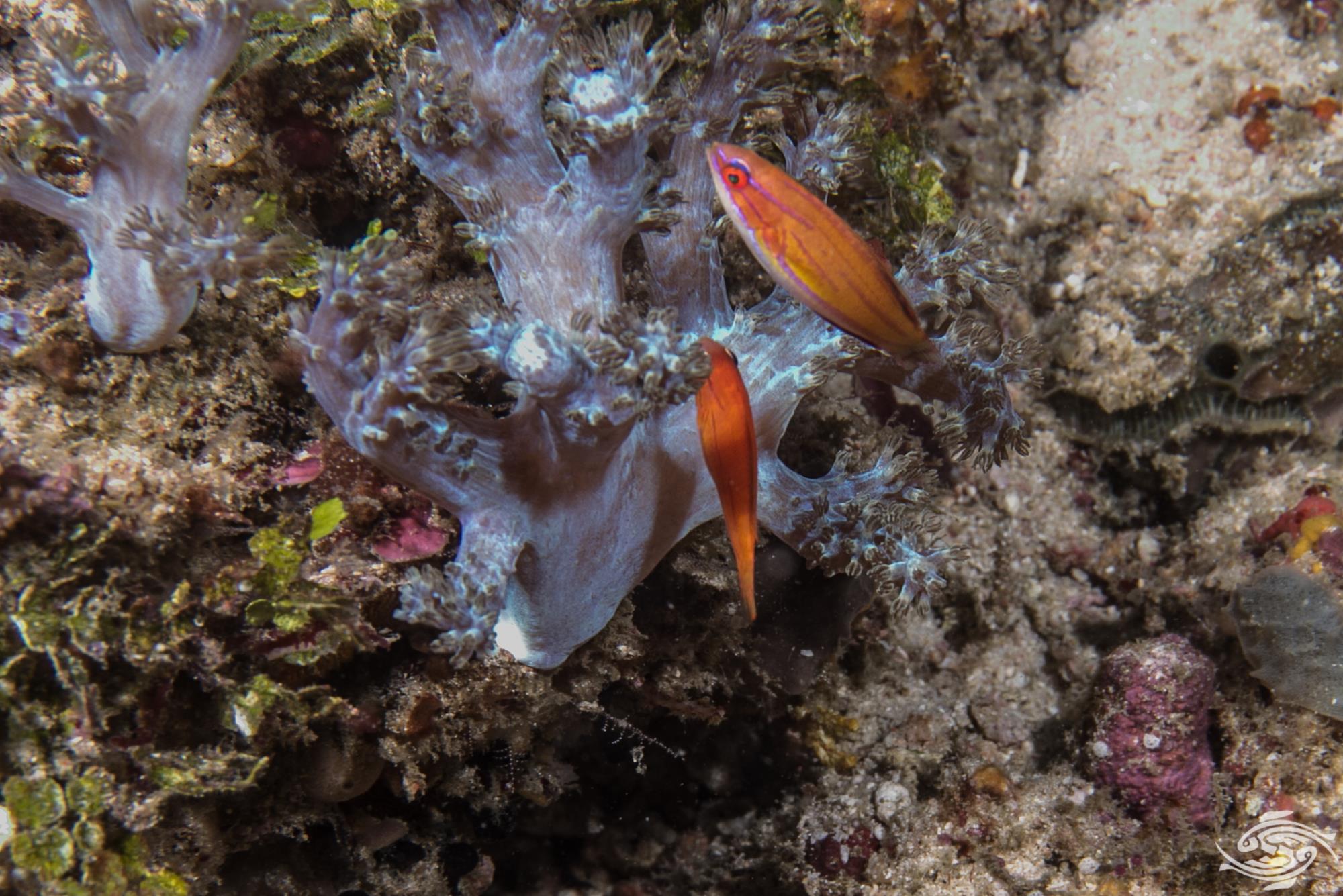 The McCosker’s Flasher Wrasse is found on the East African coast from Tanzanian waters up into Kenya and across the Indian Ocean into the west Pacific. Their range may extend down into Northern Mozambique. 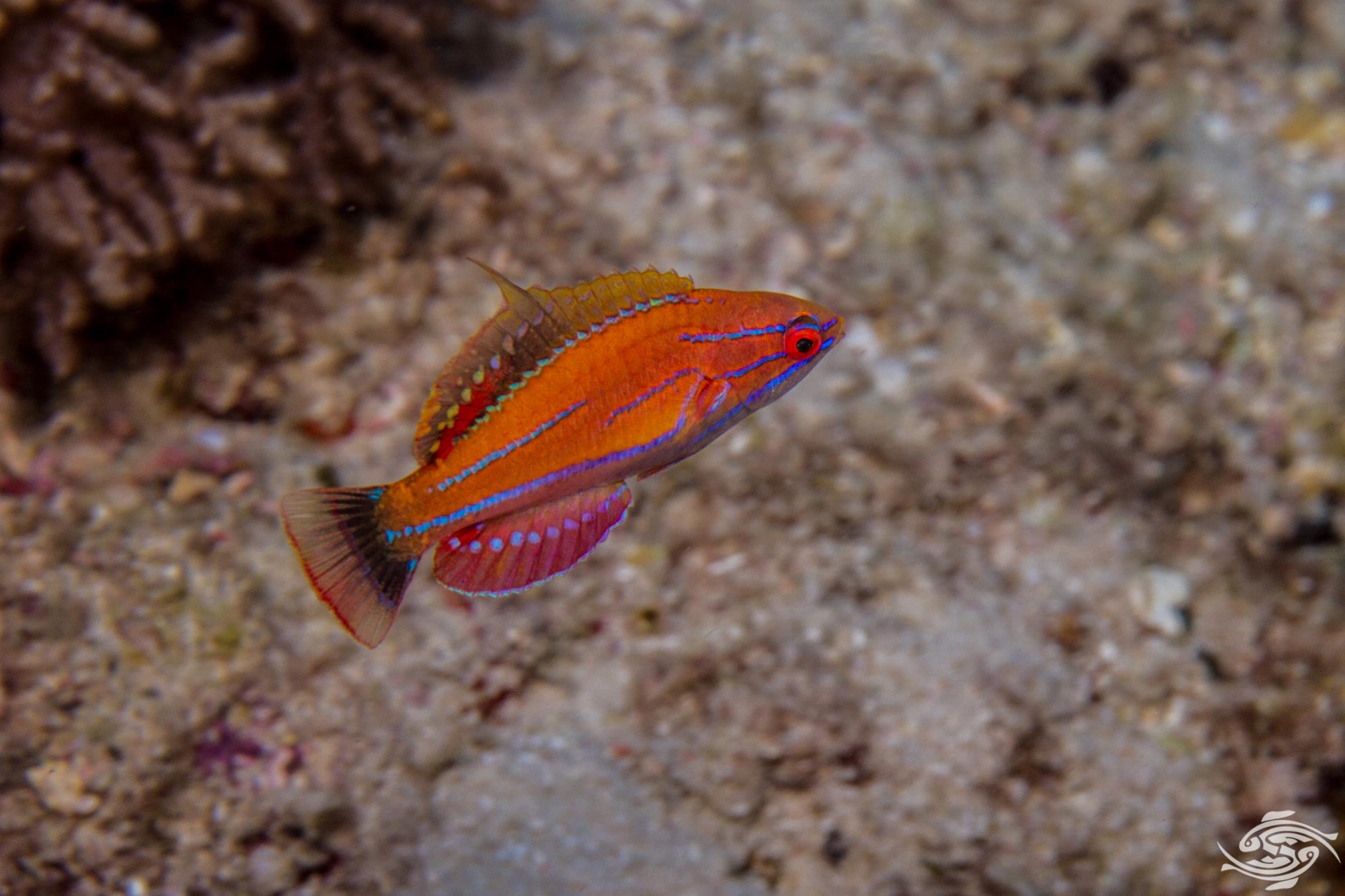 The McCosker’s Flasher Wrasse feed on zooplankton swimming above the reef. 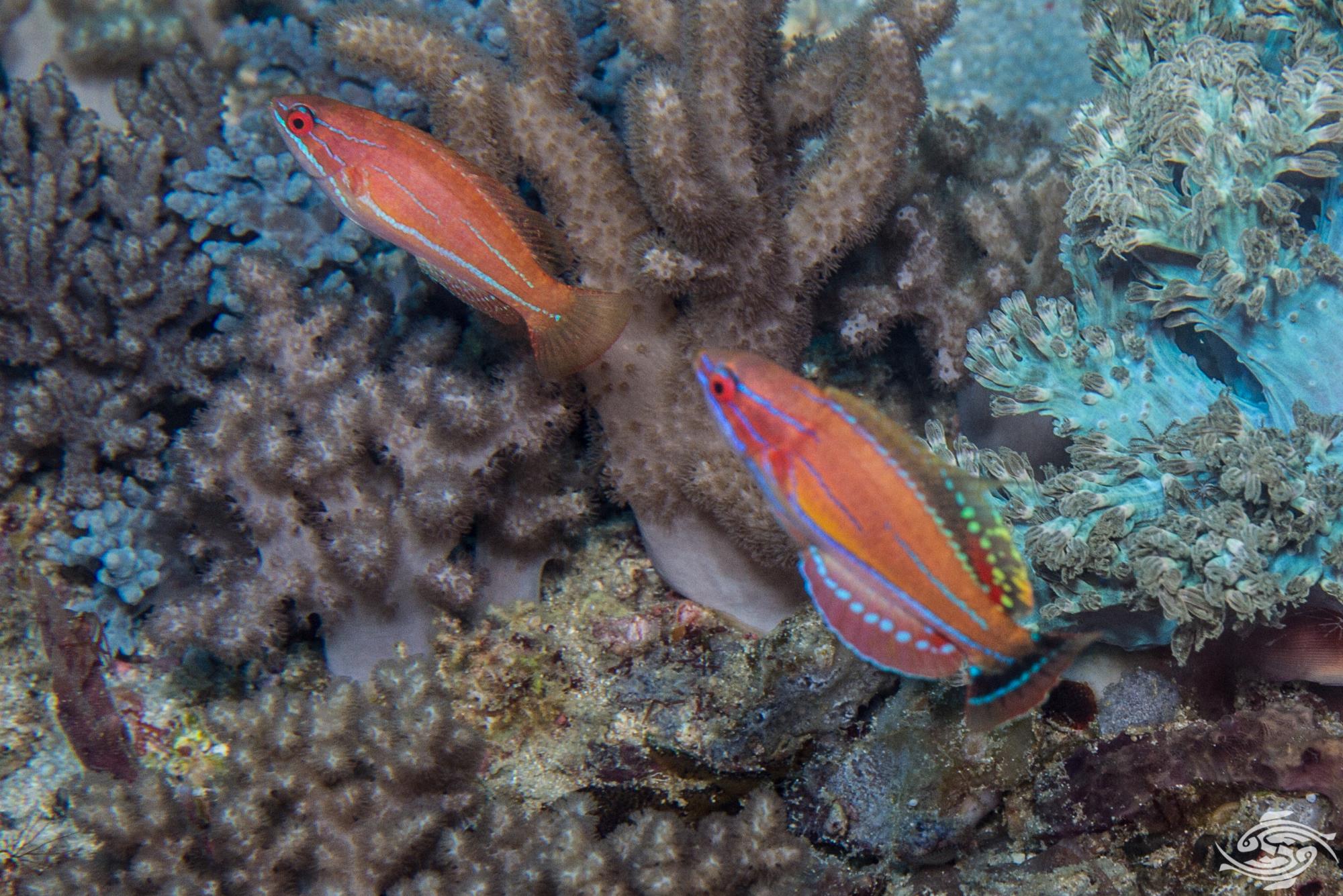 The male McCosker’s Flasher Wrasse usually seems to have a harem of three to five females around them. When the females are ready to mate the male flashes or displays and if the female is receptive she hovers alongside him. Regretfully every time we have sighted mating taking place the females have swum off.

Similar to its more famous relative Carpenters Flasher Wrasse (Paracheilinus carpenteri) the McCosker’s Flasher Wrasse is hardy and easy to keep. Not only that, they are considered reef safe and make an ideal fish for beginners. They easily change over to prepared foods and are easy to keep. They may burrow and so require some sand in the aquarium to burrow into. A tank should also be covered as they are jumpers and they will jump out of a tank. A single male may be kept or they may be kept in a small group of one male and several females. The females should be added first or simultaneously with the male. They are exceptionally beautiful fish. 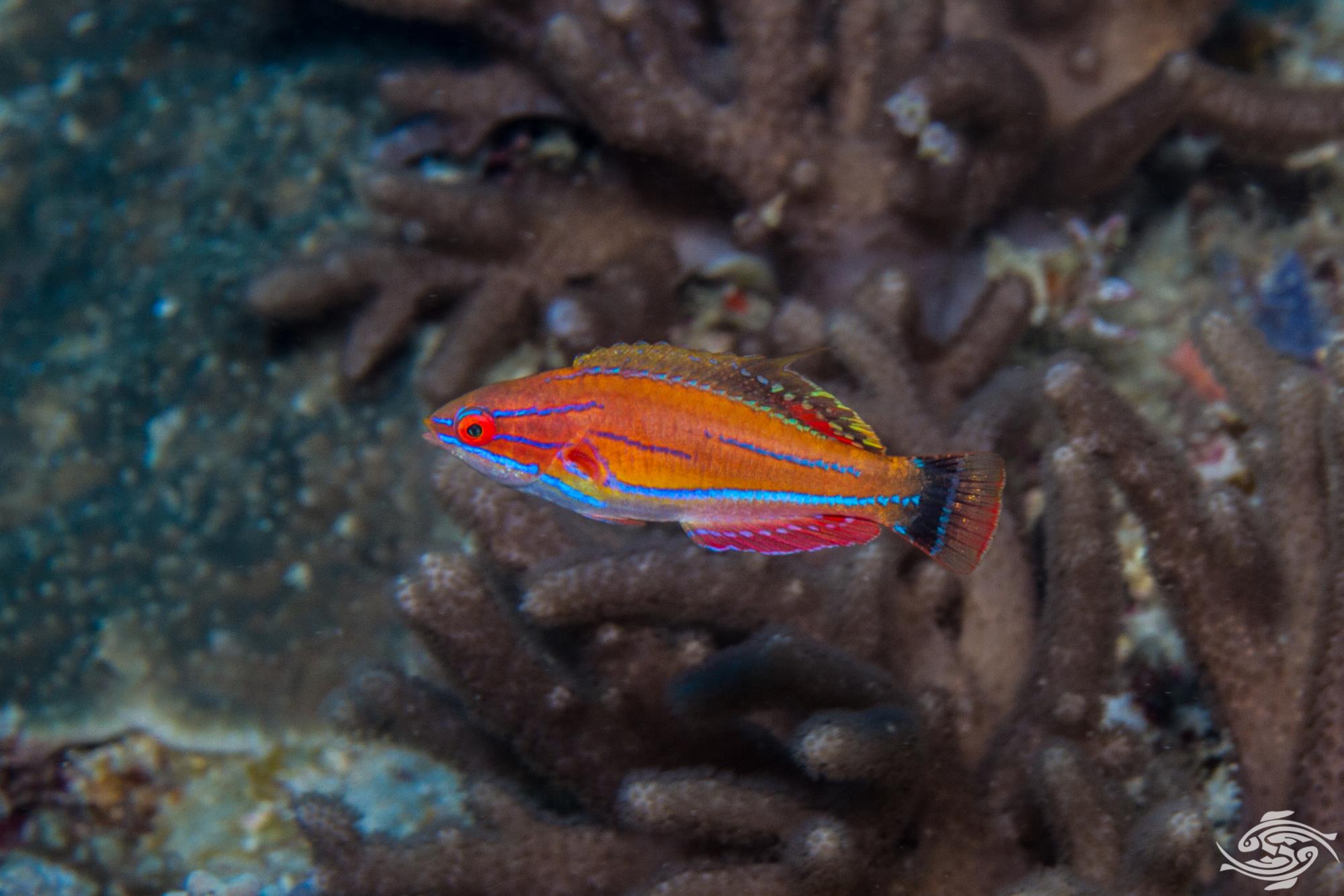