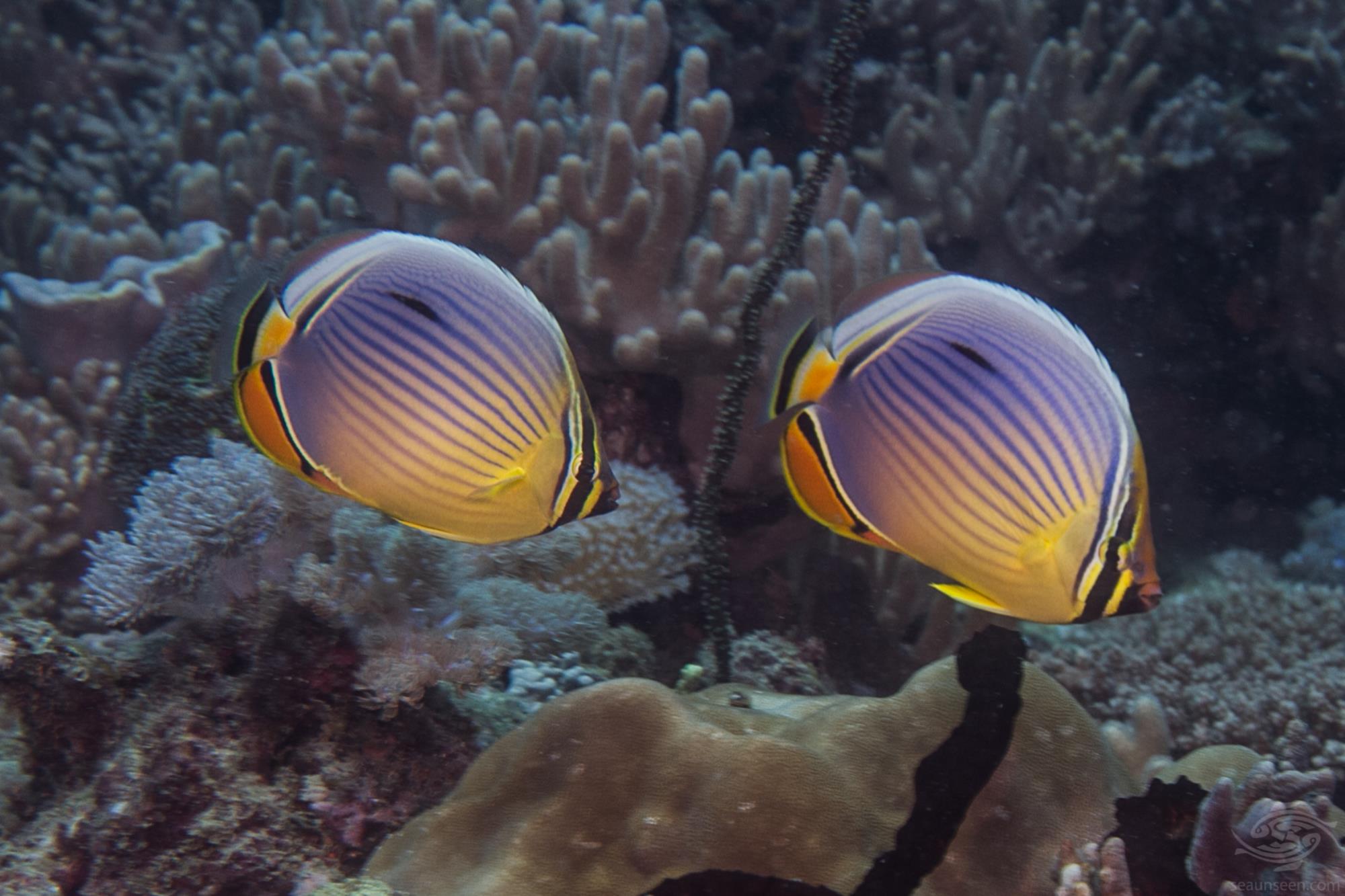 The Melon Butterflyfish (Chaetodon Trifaciatus) is a common fish on the Tanzanian reefs, being the one of the most commonly seen butterflyfish. They are invariably seen in pairs, forming monogamous partnerships.

Juveniles as pictured below can occasionally be seen hiding deep in branching coral formations. They seldom venture out of the reaches of the coral until they have gained a reasonable size. The specimen in the image below is approximately 1.5 cm in length. 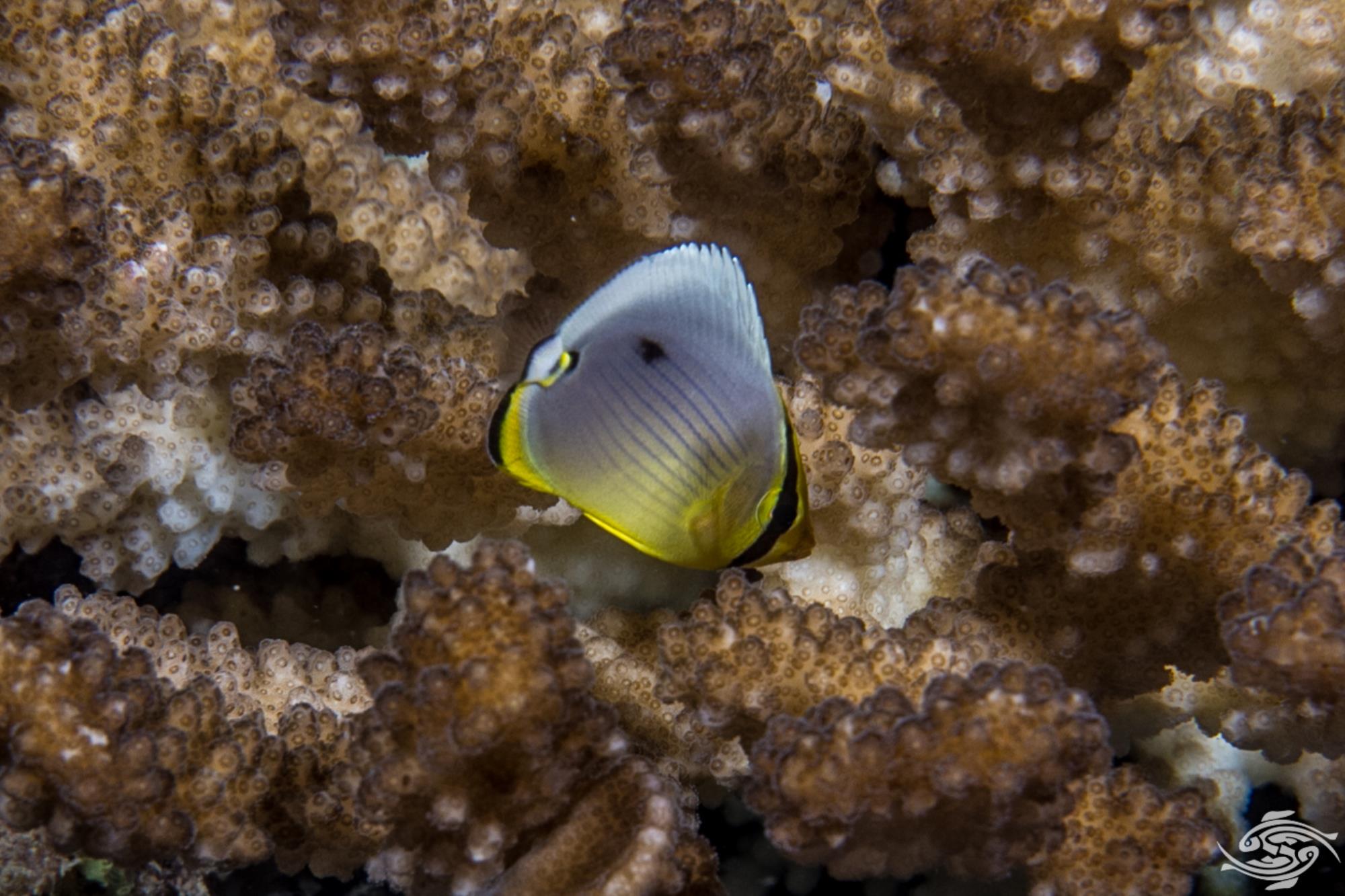 The forward lower body and the area towards the head is a yellow colour fading to purple on the lower and mid rear and white towards the dorsal fin.  A series of slightly curved purplish lines cross the body from the gills to the tail. There is a black stripe through the eye and a shorter thinner black stripe down the body just ahead of the gills. The dorsal fin is a whitish colour with a brown – orange colour on the rear. Both the anal fin and the  tail fin have yellow black and white stripes across them. The face is a brownish colour. There is a black horizontal stripe on the rear of the body which becomes less prominent as it ages.

During the day they will normally be seen flitting around the reef searching for food. If they see a diver they tend to head off. But if one persists and follows them gently without making any sudden movements they will allow one to get quite close. Sometimes they will team up with a pair of the same species or with the Blackback butterflyfish (Chaetodon melannotus) and swim around the reef in formations of four to six fish. 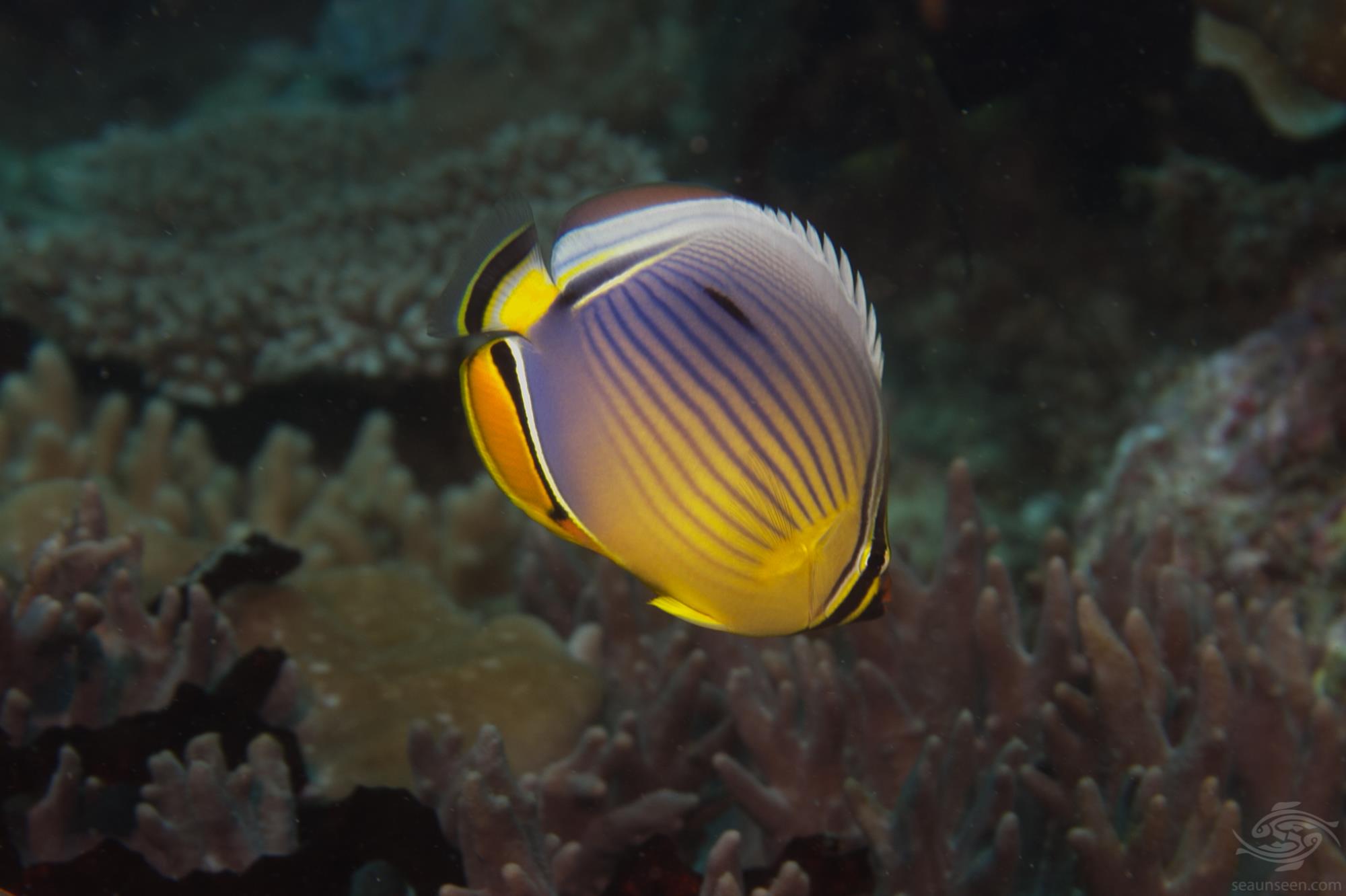 A possible reason for the butterfly fish of various species teaming up in such a fashion is that the reef is a highly territorial area. The melon butterfly fish with its diet of corals needs a wide area to feed in and cannot protect such a large area and tends to be a transient feeder.

On Tanzanian reefs, damsel fish of all species are highly territorial, in particular the jeweled damsel which has a territory of a few square feet with a hiding place in the center. They will attack and chase any fish that ventures into their patch. As the butterfly fish flit around in numbers through these territories the territorial damsel fish can only chase one of the group. If there are four or six fish together the odds of being chased individually reduce. Feeding is then more peaceful. This certainly works on a practical level, as the other fish are often able to nip some coral while the one is being chased. 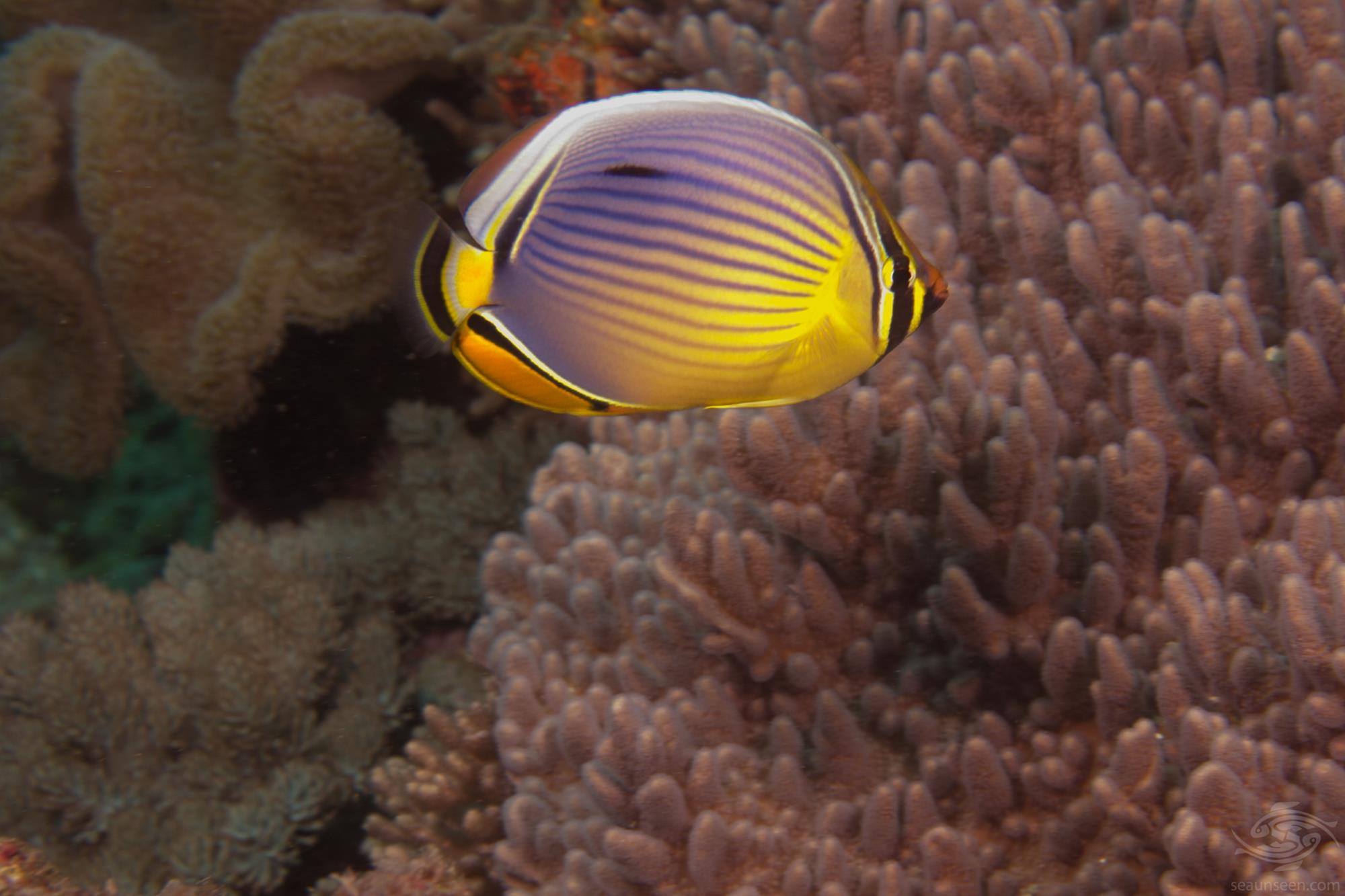 The melon butterflyfish is found from 1 meter to 20 meters on reefs. Their range extends from East Africa to Western Java. They grow to approximately 15 Centimeters in size.

It is extremely difficult to keep these fish in an aquarium. In the wild their natural diet consists of coral polyps and they resist switching to other foods. Reportedly some aquarists have had some success persuading juveniles to switch to other foods. However  given that they will pick on coral, they will not be everyone’s cup of tea. 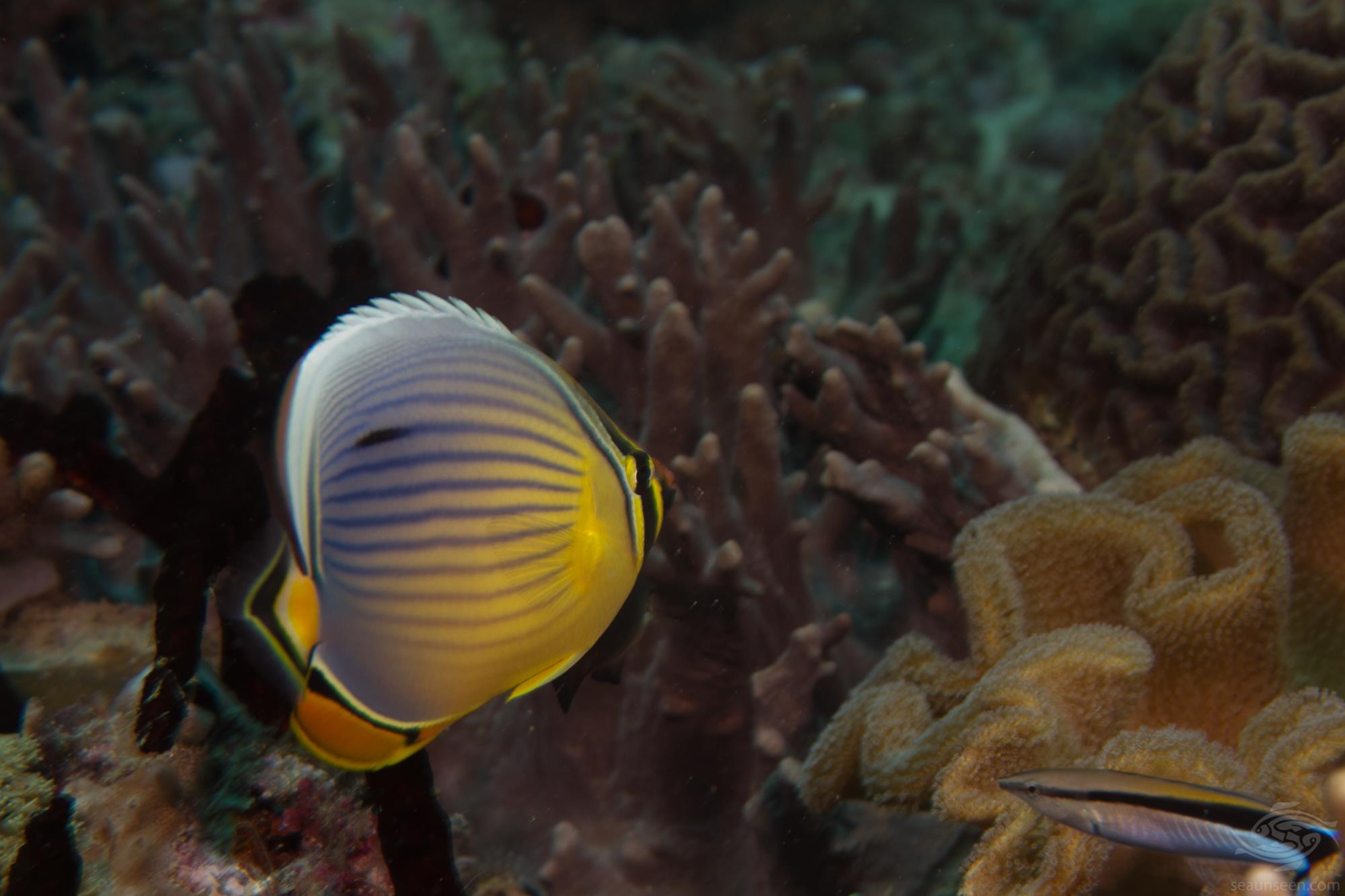 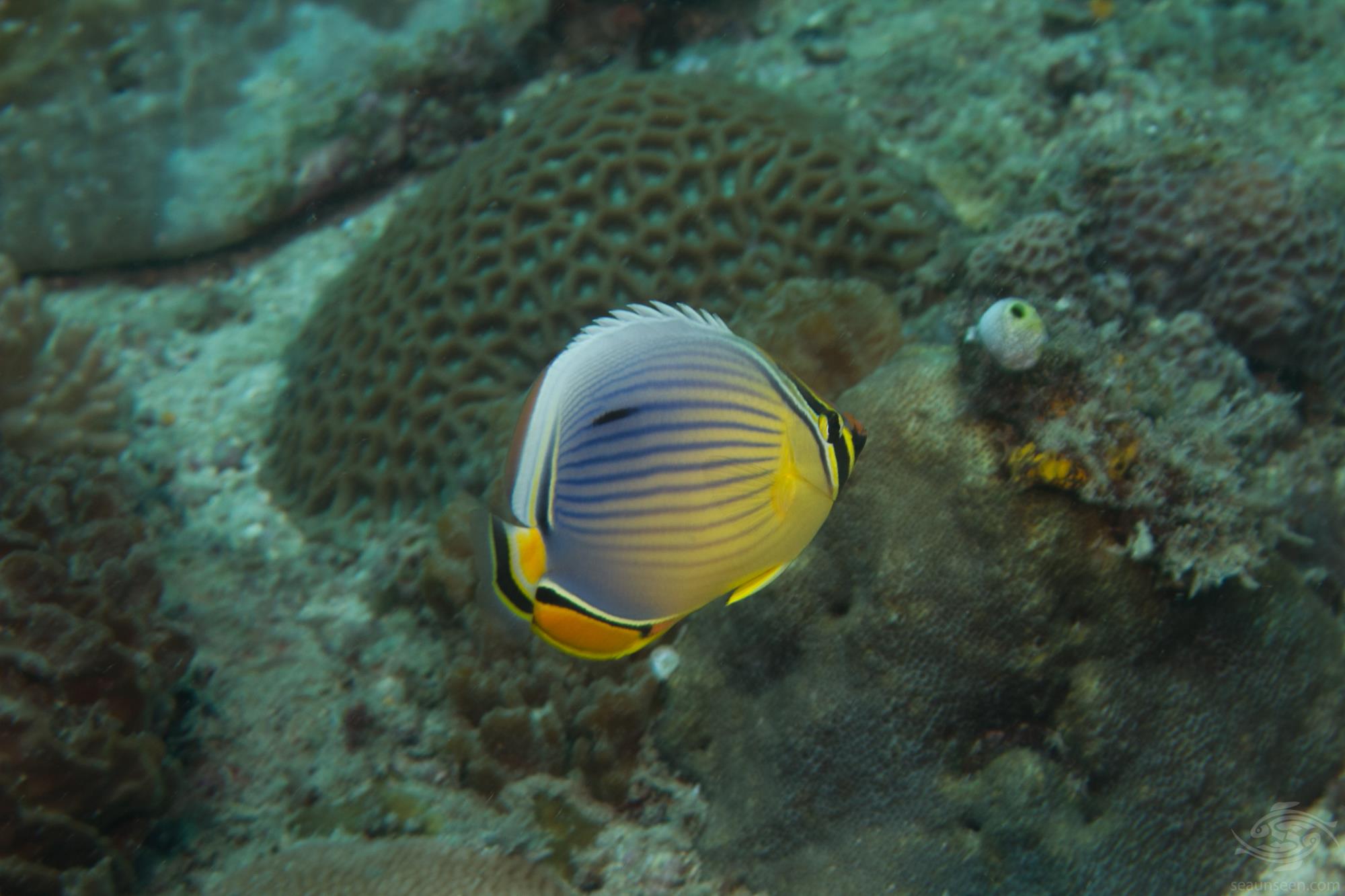