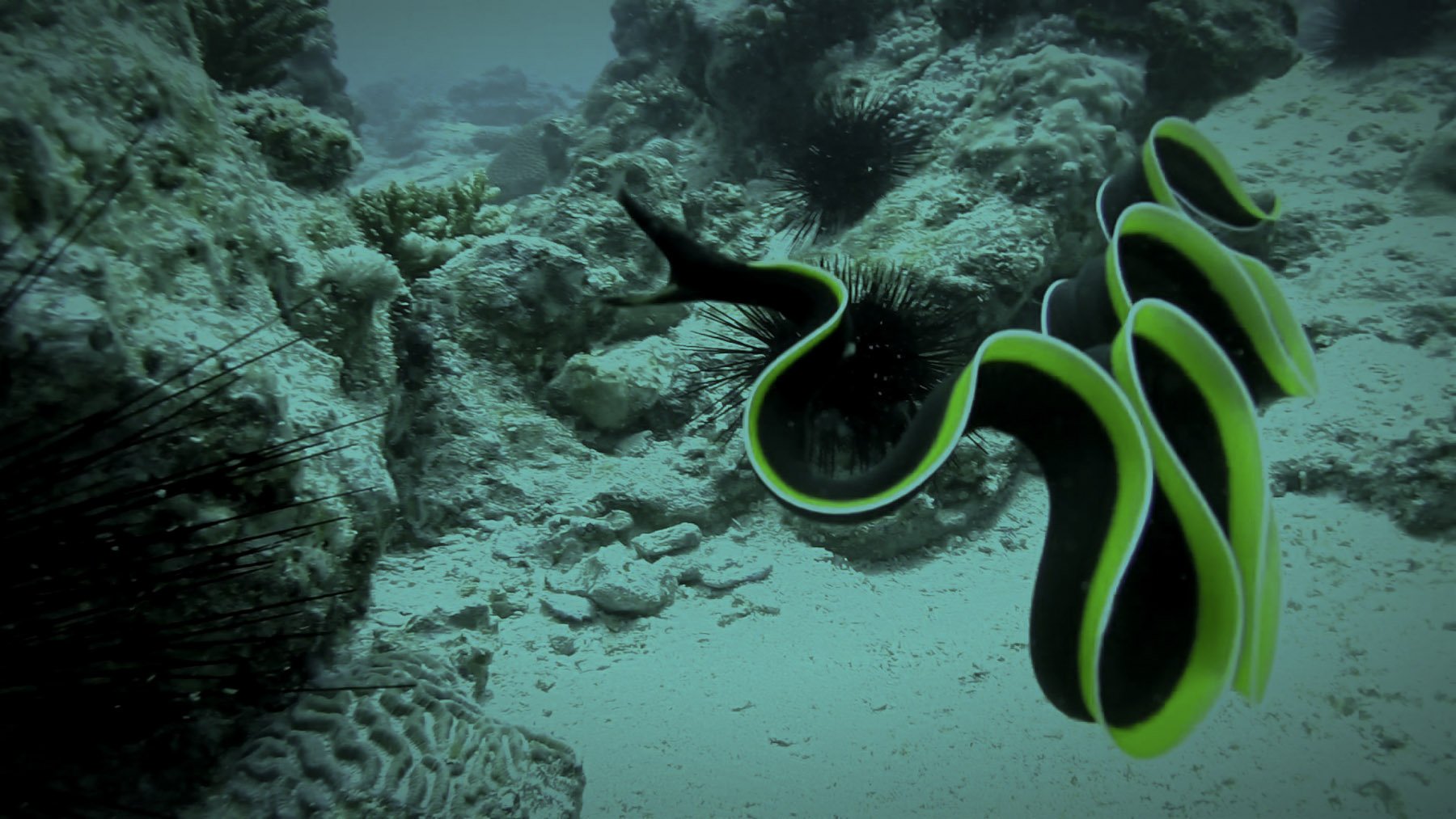 A mesmerizing ribbon eel (Rhinomuraena quaesita) filmed while scuba diving at Kankadya in Dar es Salaam, Tanzania. The eel’s long thin body moves elegantly through the water resembling a ribbon or a mythical Chinese dragon. Commonly known as the blue ribbon eel, this colorful and fascinating animal is actually a species of moray eel. Depending on the stage of the ribbon eel’s life it may appear black, blue and / or yellow. All ribbon eels start off as male and are black with a yellow dorsal fin. As they mature, the male eels turn bright blue with yellow accents around the mouth and on the dorsal fin.

Ribbon eels are sequential hermaphrodites. Once the male’s body reaches a certain length, it begins to turn yellow and will develop female parts until it is able to lay eggs.

Mesmerizing Ribbon eels are found in lagoons or coastal reefs throughout the Indian and Pacific Oceans. They typically bury themselves in the crevices of the reef. We were fortunate to find this one out and about.

Footage was shot by a GoPro HERO3+