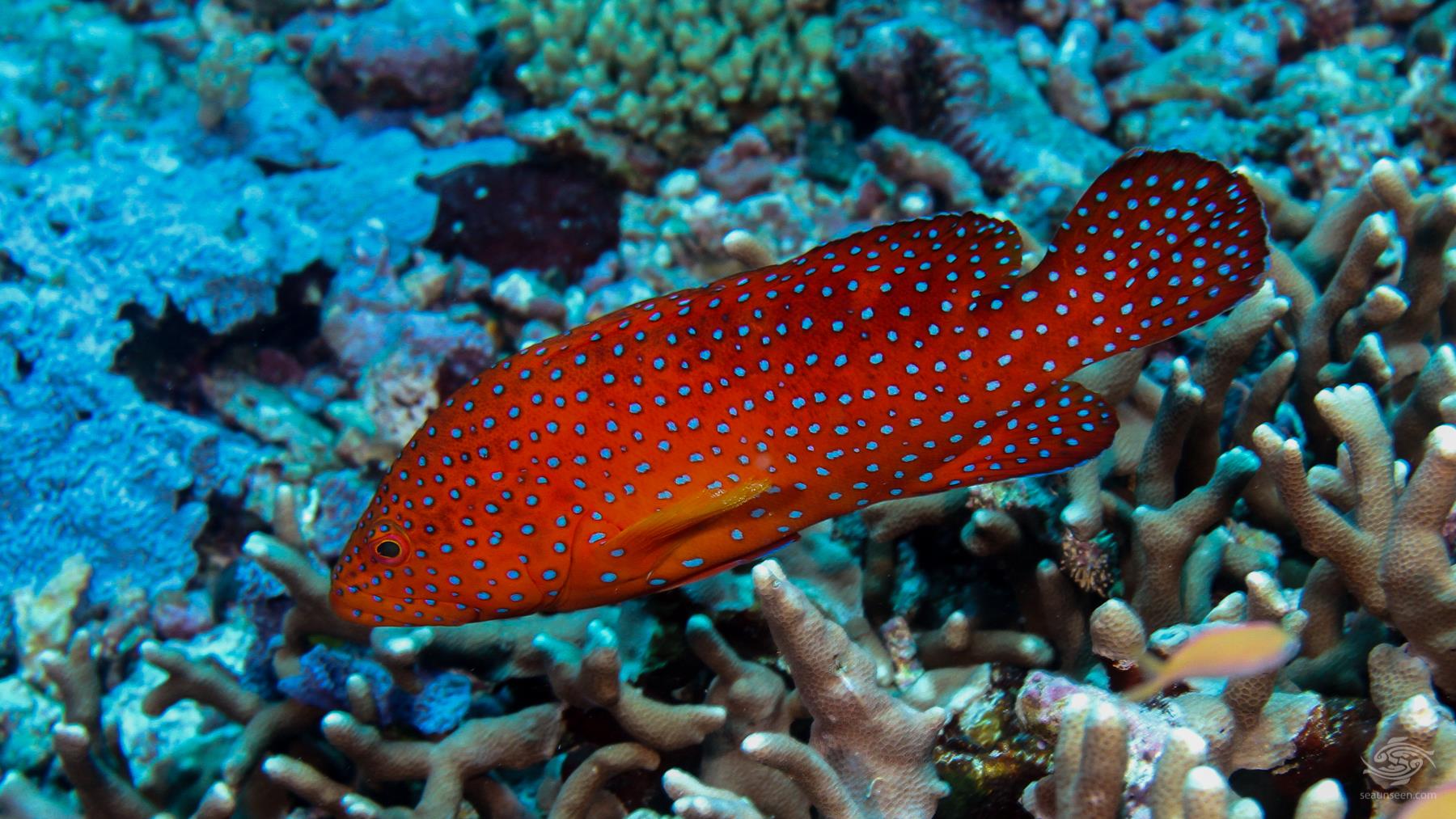 The Mikadini Reef situated on the the south eastern side of Jena Island, Mikadini reef is best dived on an incoming tide which drifts one slowly over the reef. The reef is composed of a large number of coral growths of various types spread across the bottom. 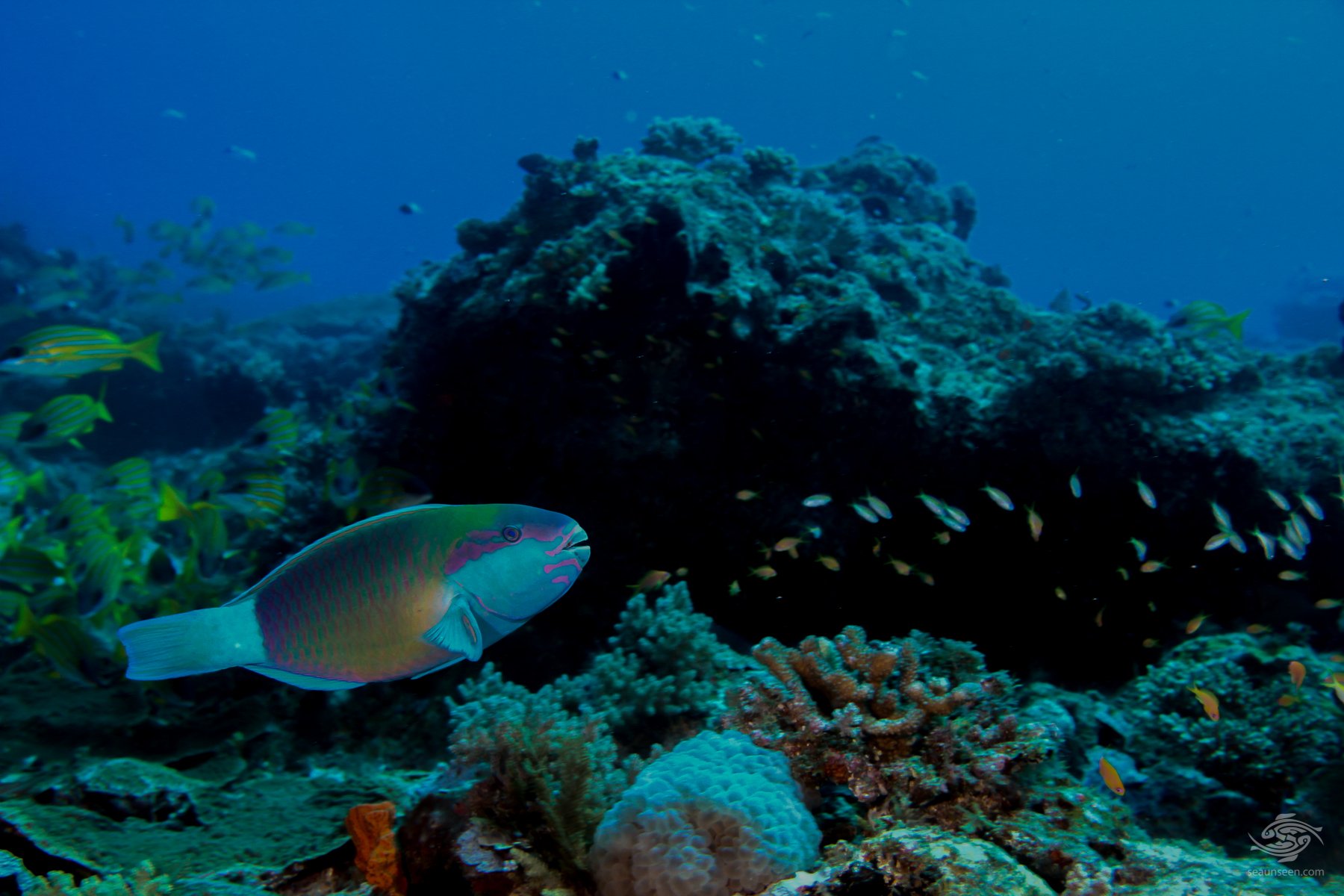 There is a significant diversity of corals and sea life. Large shoals of snappers and other species can be seen, as well as white tip sharks (on occasion), Napoleon wrasses, rays and breams. A large shoal of humpback snapper is resident in the area. From a distance the shoal puts up interesting shapes so, as you approach it, the shoal breaks up and surrounds you. Shoals of barracuda have also been sighted here. Large numbers of rock cod, coral, peacock, and other species inhabit the coral bommies. The area is also particularly rich in most species of wrasse found in East Africa. 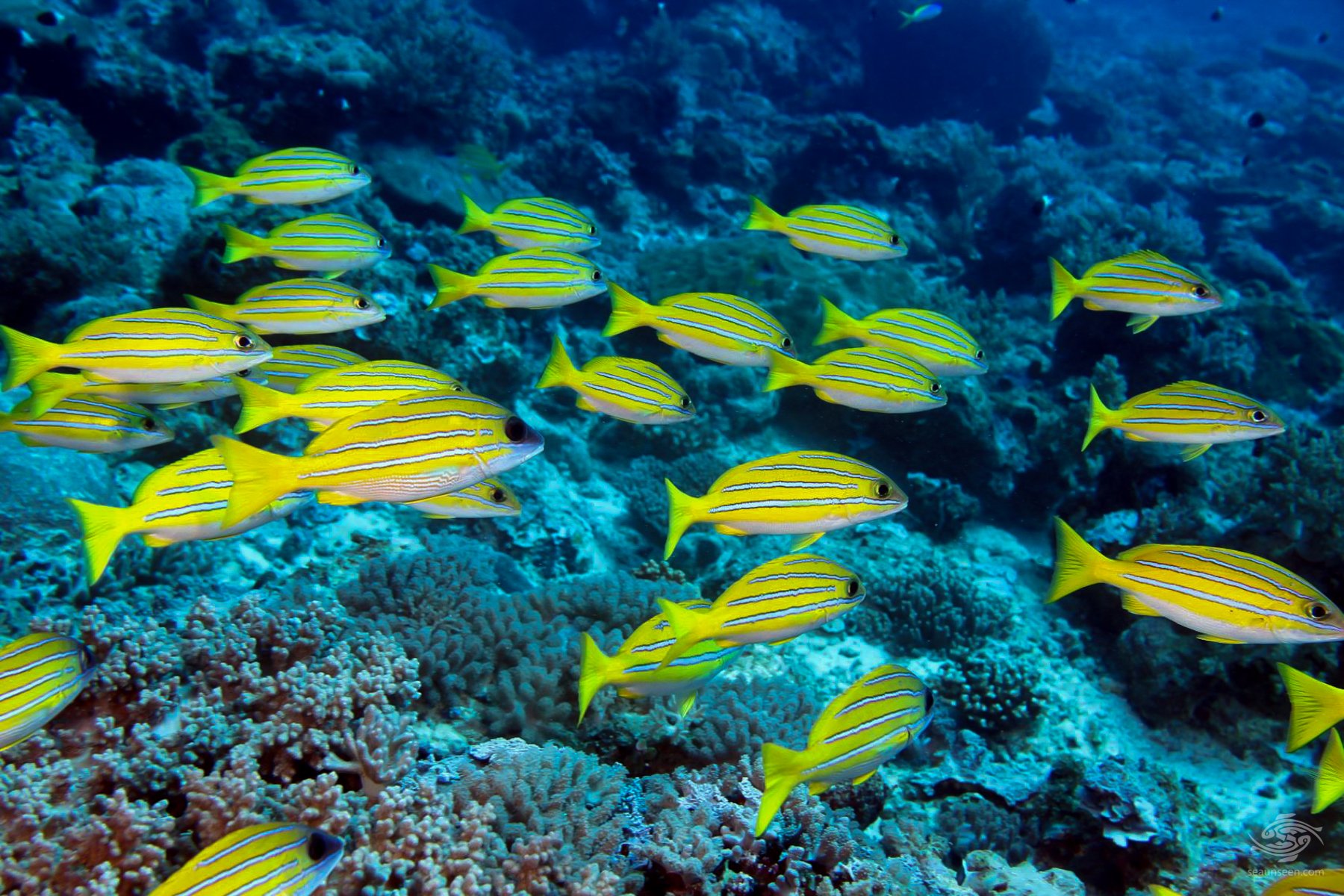 Soldier fish, squirrel fish and pufferfish can be seen hiding under the overhangs, as well as lobsters, and several species of anthias. The depth starts at roughly 18 meters and shelves upwards to the north to some 14 meters. All-in-all there is an abundance of reef fishes and corals. Depending on the state of the tide, the visibility ranges from fifteen plus meters. The reef is quite long and can be done in a series of drift dives.

These images cover the outer or seaward side of the reef where the coral is fairly dense interspersed with small areas of rubble. 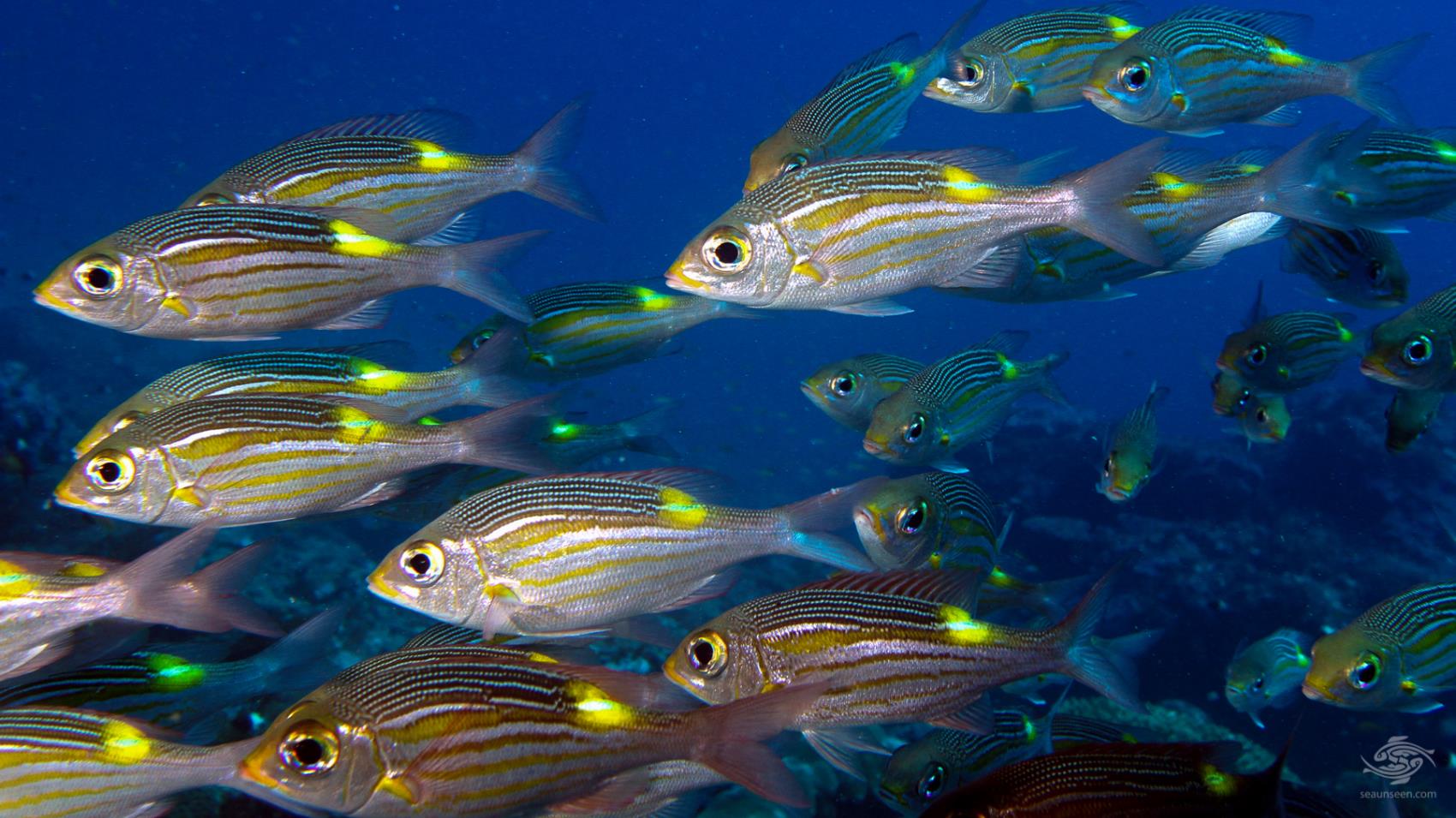