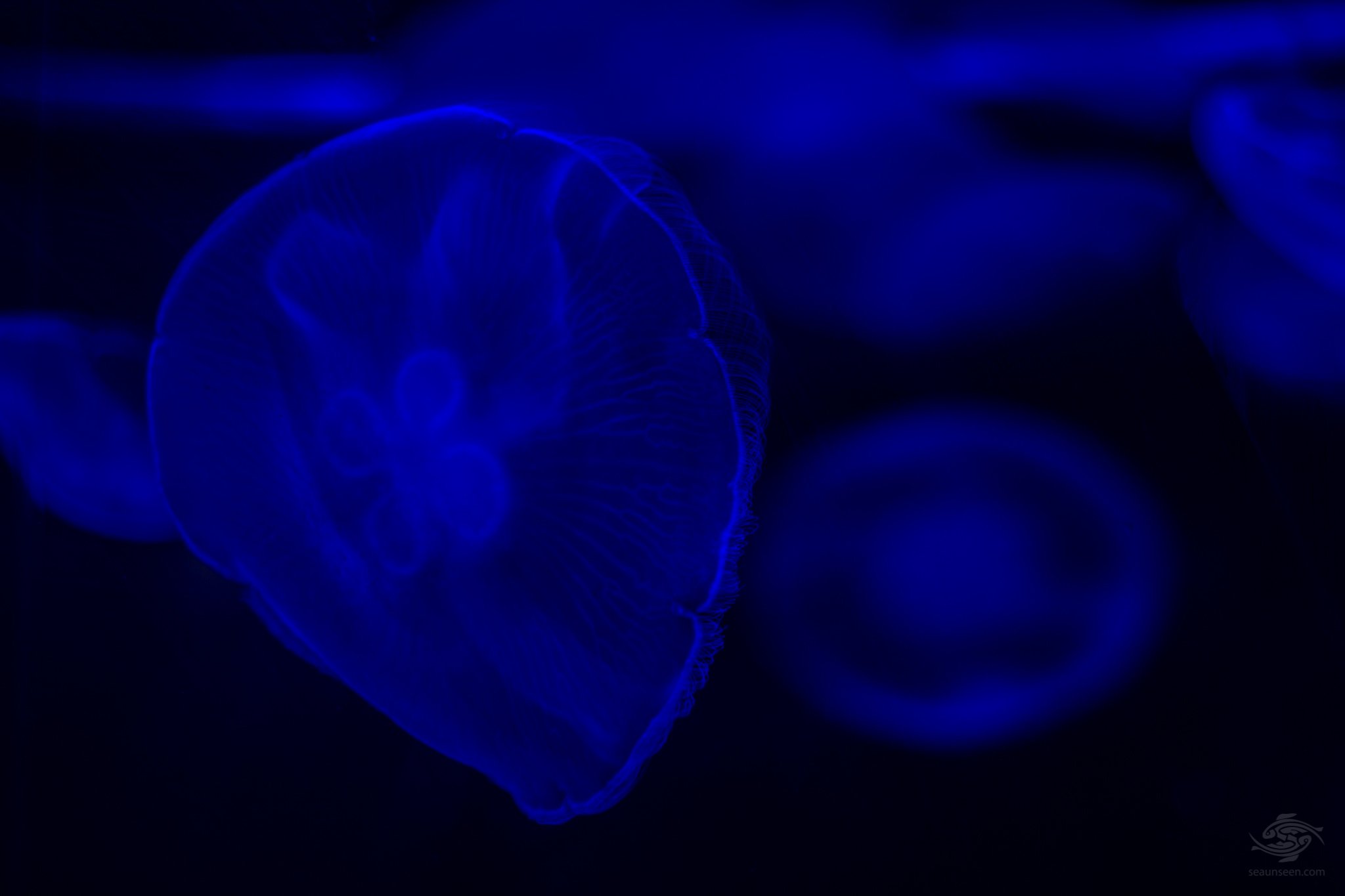 See the moon jellyfish in action:

Moon Jellyfish are mainly kept in large commercial aquariums, but as the knowledge base on these jellyfish has expanded it has become possible to keep them in a home aquarium. It is a fairly complex technical task and depending on the ambient temperature of the specific residence, a water chiller will almost certainly be needed to keep the temperature within their preferred range. A good filtration system and carefully designed water flow  are necessary. A well lit tank full of Moon Jellies can make a very attractive addition to a home.

Occasionally when conditions are right moon jellyfish congregate in large numbers, a so called bloom.  One of these blooms can be seen in the video below which was filmed in Dar es Salaam , Tanzania.