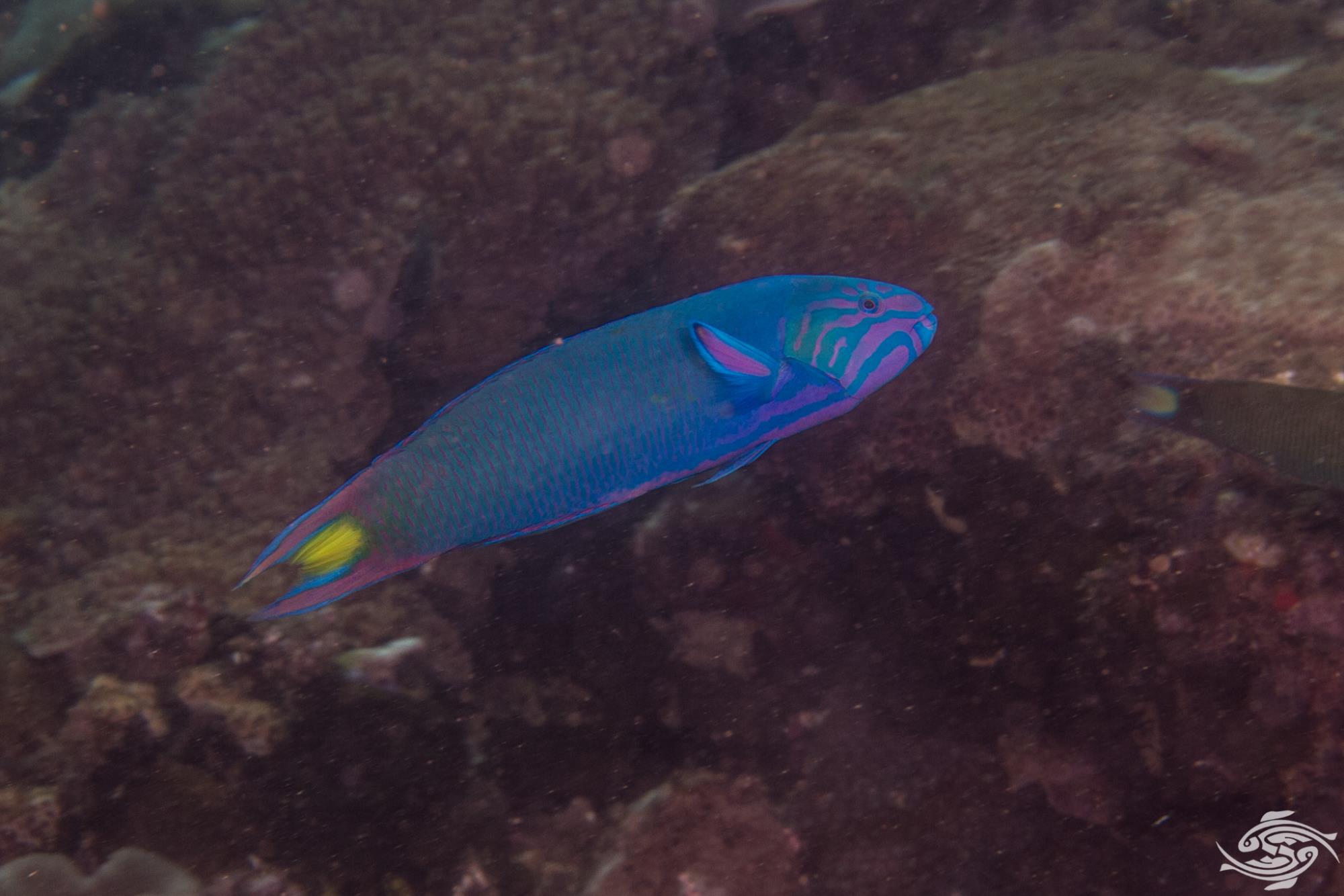 The Moon Wrasse (Thalassoma lunare) is also known as the Lunar wrasse or Crescent tail wrasse. They obtain their name from the crescent shaped tail that is present in the adults.

Moon wrasses are protogynous hermaphrodites, all starting off as females. The juveniles start off with a yellow brown upper body and a light blue lower body. The face is a pinky orange colour with red lines across the face. There is a prominent blue ringed black dot on the dorsal fin and a black dot in the caudal area. The tail is truncate.

Males as seen above,  are blue with irregular horizontal red lines, the face has pink and blue lines across it. The caudal fin is  pink blue and yellow. 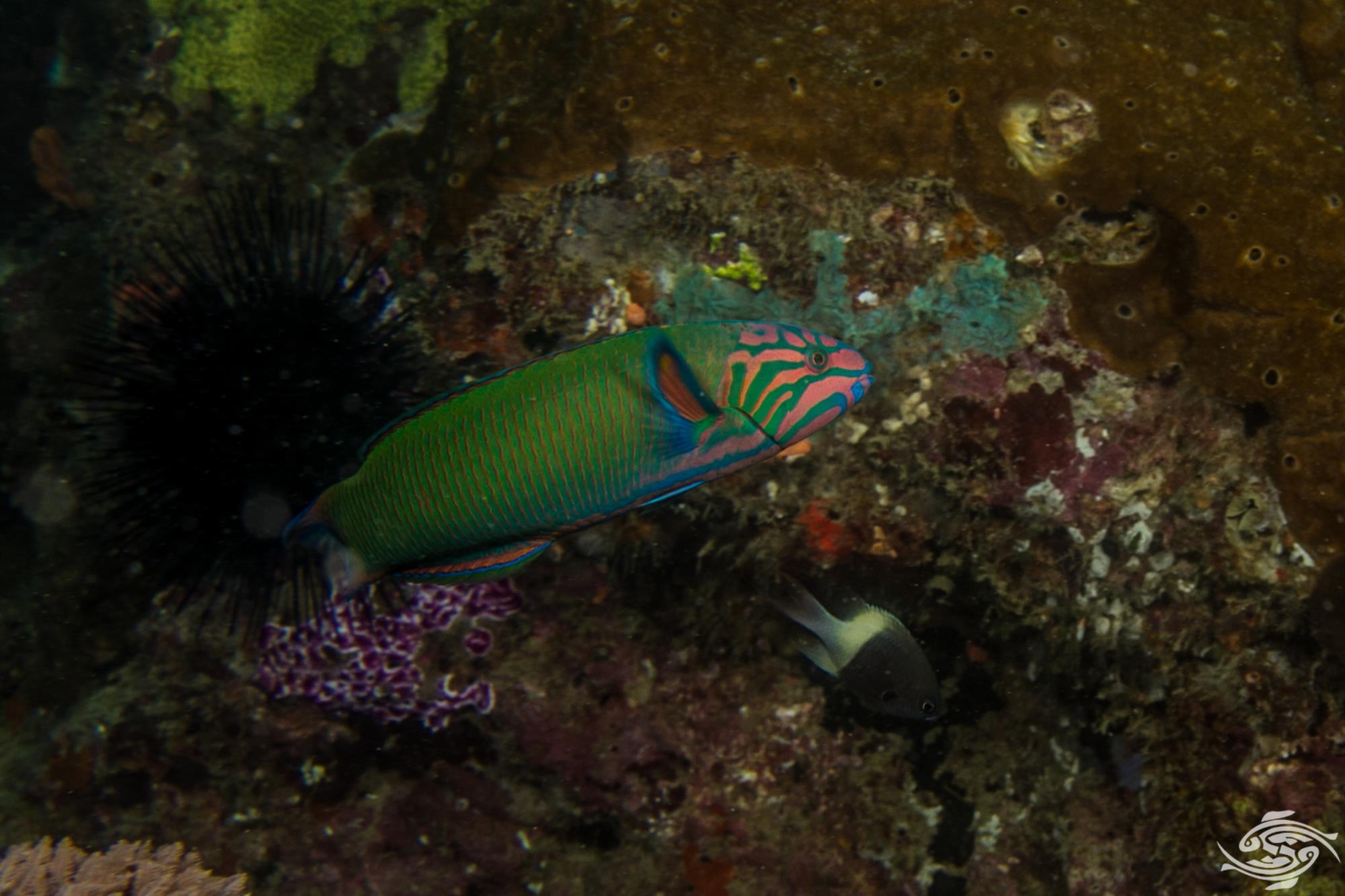 The Moon Wrasse is very common in Tanzanian waters, both on reefs themselves and on surrounding rubble. If one puts out some bait on the reef top , usually they are among the first to arrive. In any given area usually two to three females will arrive at the bait and will feed voraciously. Sometimes but not always a male will arrive and feed as well.  We have never seen two males together in the same area.  They are very fast moving fish and cruise the reef at high speed never seeming to rest. When frightened they may bury themselves in the sand. 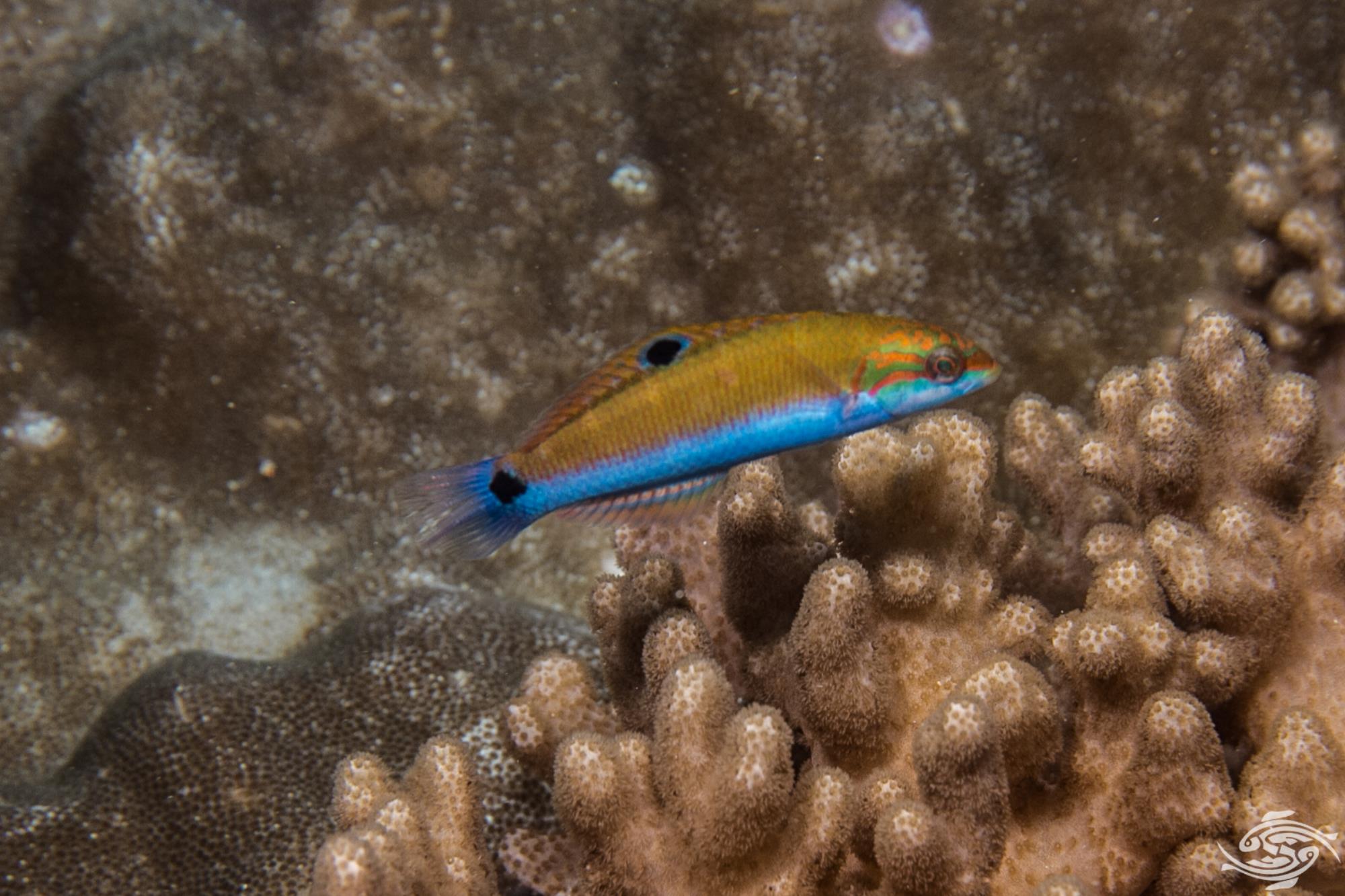 The Moon Wrasse is found across the tropical and warm temperate waters of the Indo Pacific. They are found both on the reef and the rubble and sandy areas between corals. 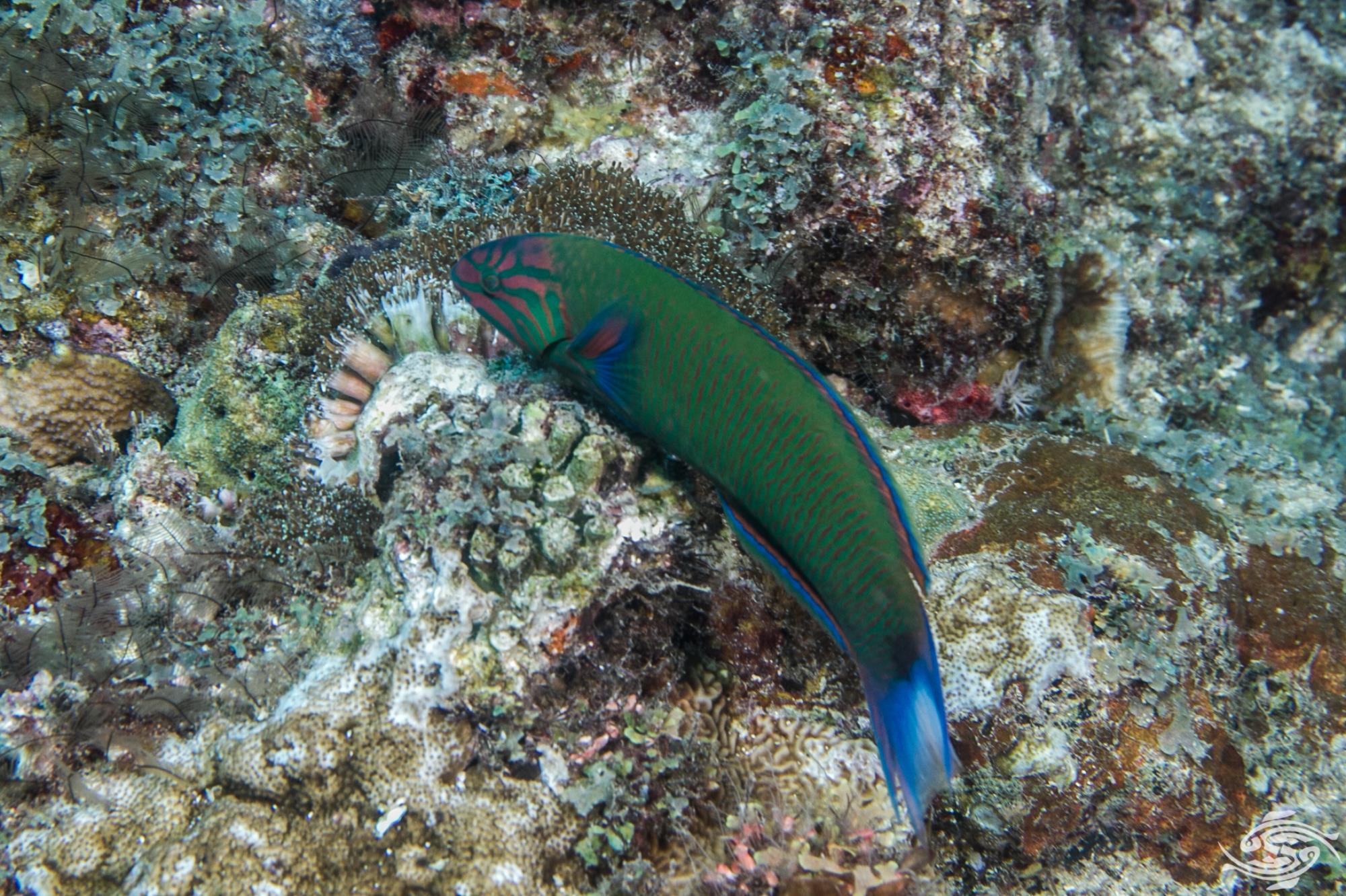 Males have harems of females which they guard from other males. By regularly having contact with large females this is thought to prevent them from switching to males. Spawning takes place throughout the year either between two fish or in groups of one male and several females. 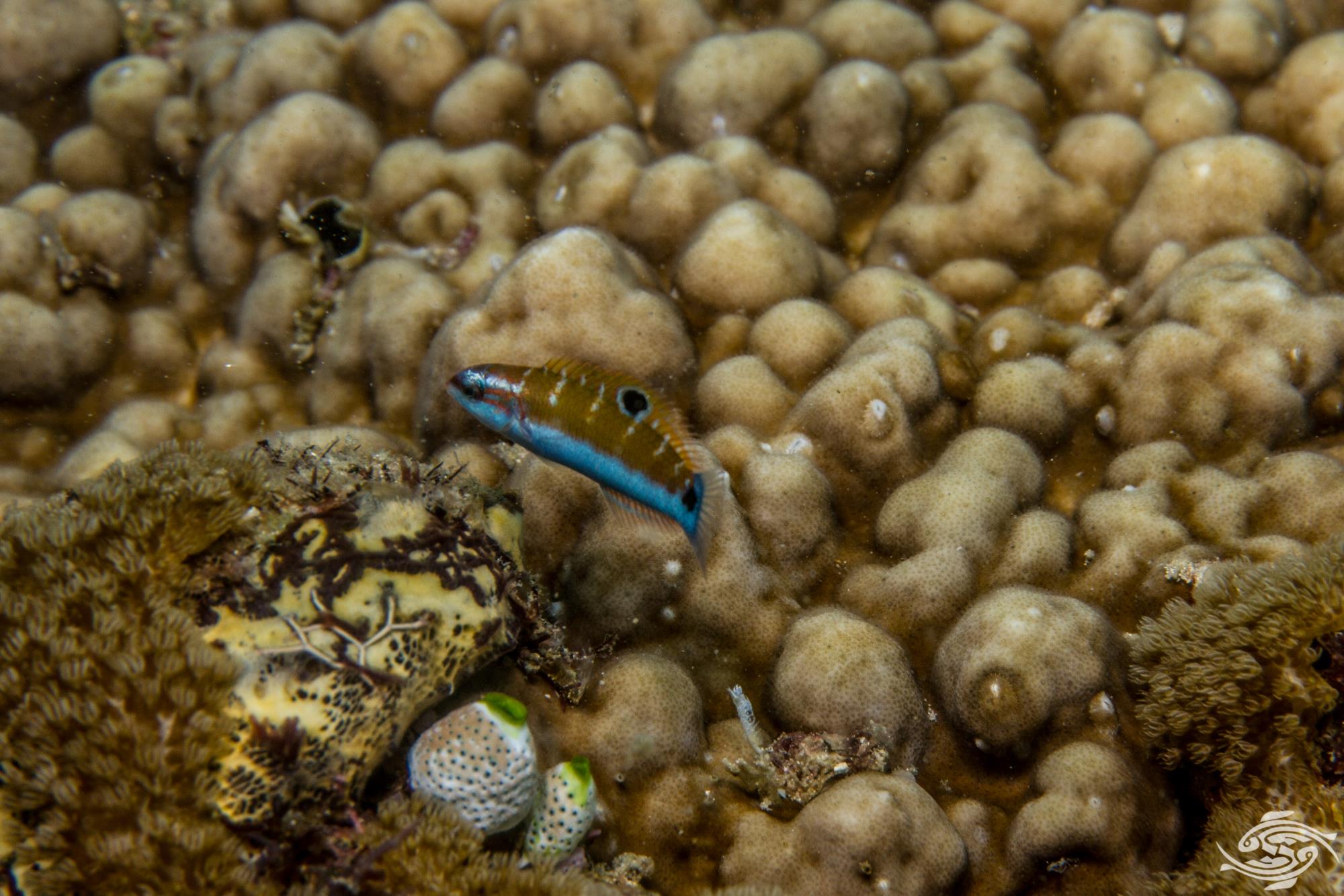 Moon Wrasse are kept in aquariums. As with many wrasse they will bury themselves in the sand when threatened and will only emerge once the are comfortable.  Because of their size and active nature they require a large aquarium to be happy. They may become territorial and should be the last fish added. Moon Wrasse are very easy to feed, even on the reef they are easily attracted by a piece of fish meat. Because they have a fast metabolism one requires good filtration. They are not reef safe and need to be housed with similar sized fish that will not be bullied. They will almost certainly jump out of a tank if given the opportunity. 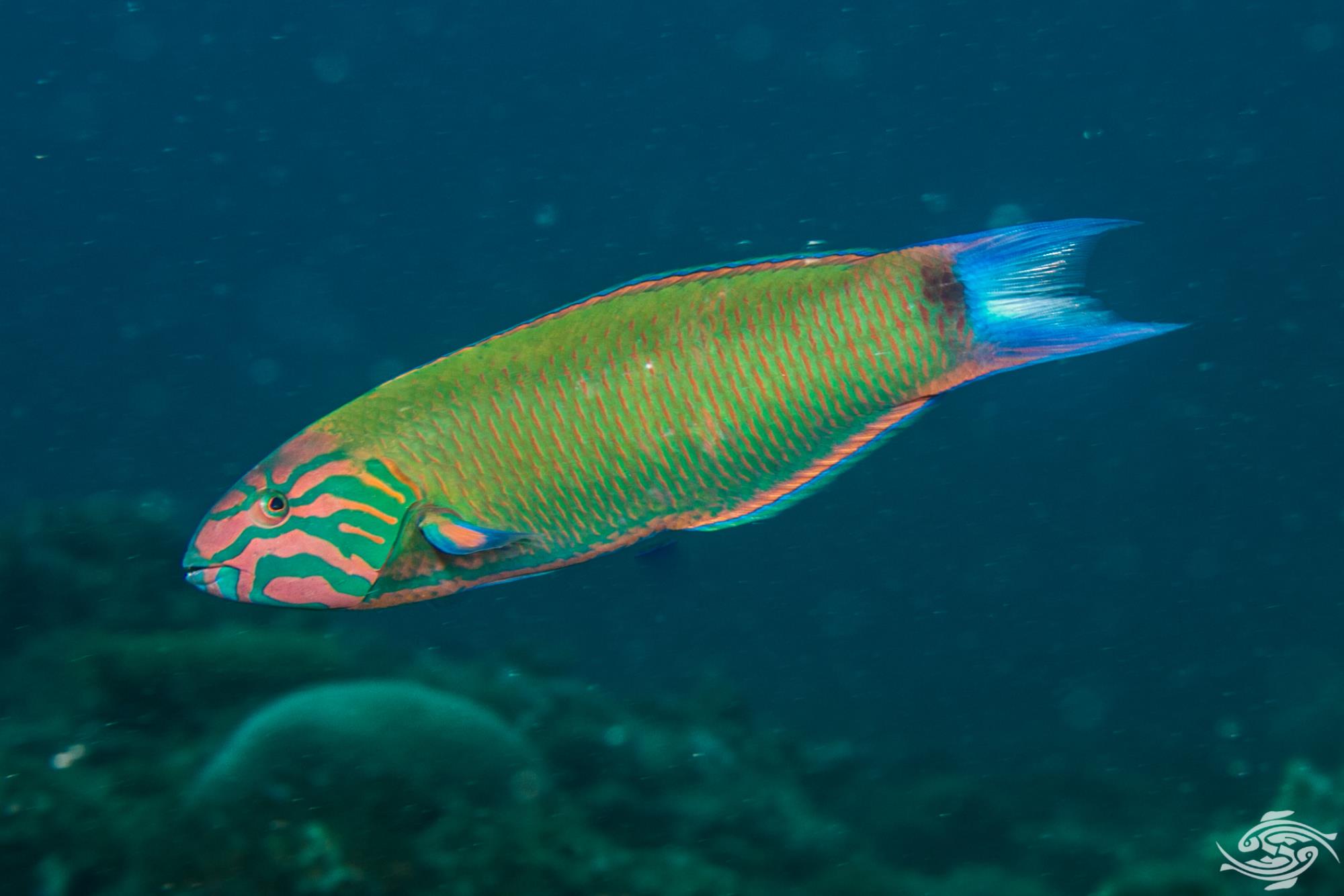