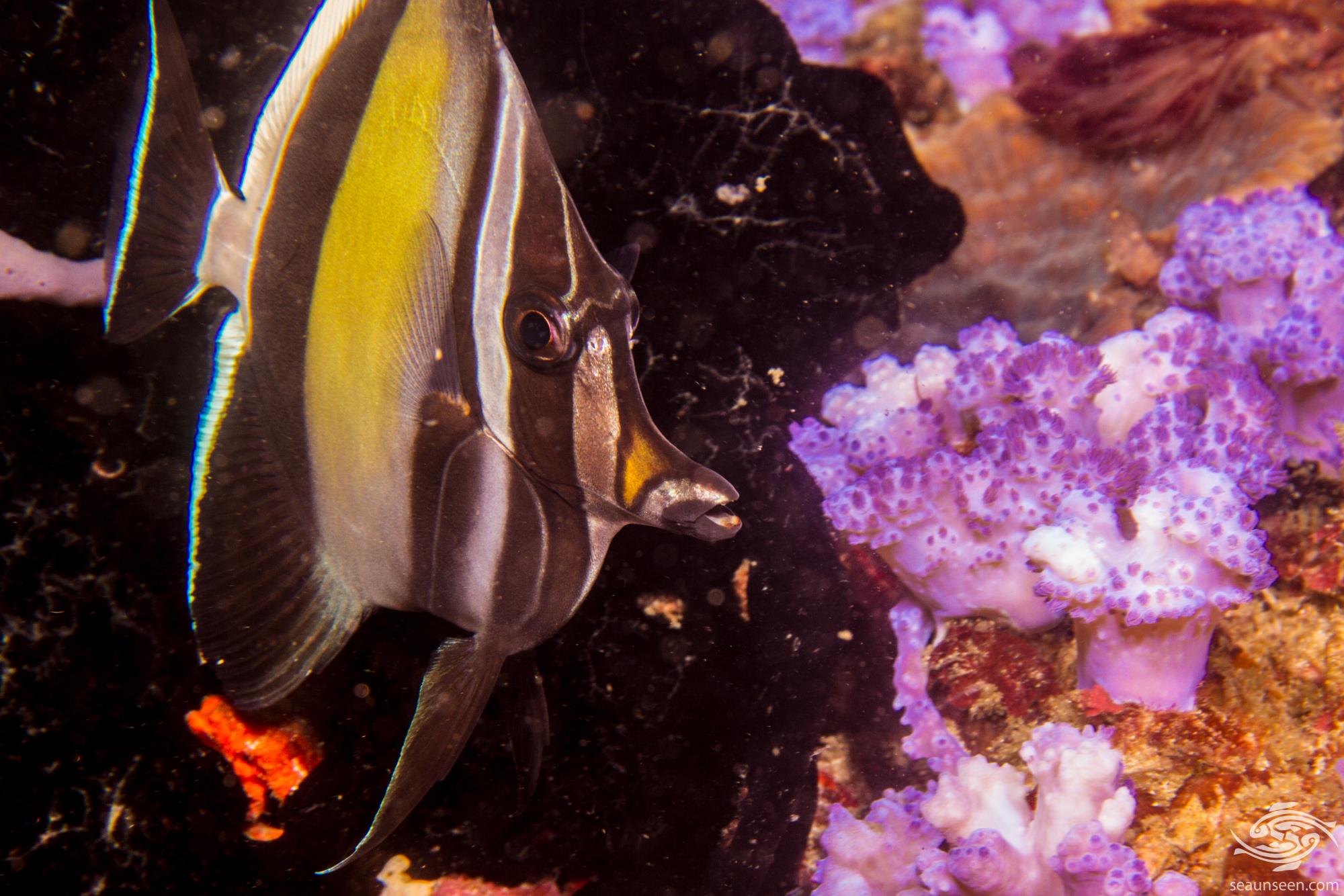 A handsome moorish idol (Zanclus cornutus, Linnaeus 1758), photographed while scuba diving off the coast of Dar es Salaam, Tanzania. This highly distinctive, exquisite looking fish was named by the Moors in continental Africa, who believed that this fish could bring happiness to anyone that caught it. The dramatic bars of yellow, white and black serve as “disruptive coloration” which breaks up the body outline and makes it harder for predators to tell where the fish begins and ends.

Some researchers suggest that the elongated white dorsal fins may also serve to increase the fish’s apparent size, so that it looks larger to potential predators. In some regions, adult moorish idols form large groups numbering in the hundreds at certain times of the year to spawn. They are pelagic spawners, releasing their eggs and sperm into the water column, where the floating gametes are at the mercy of the currents.