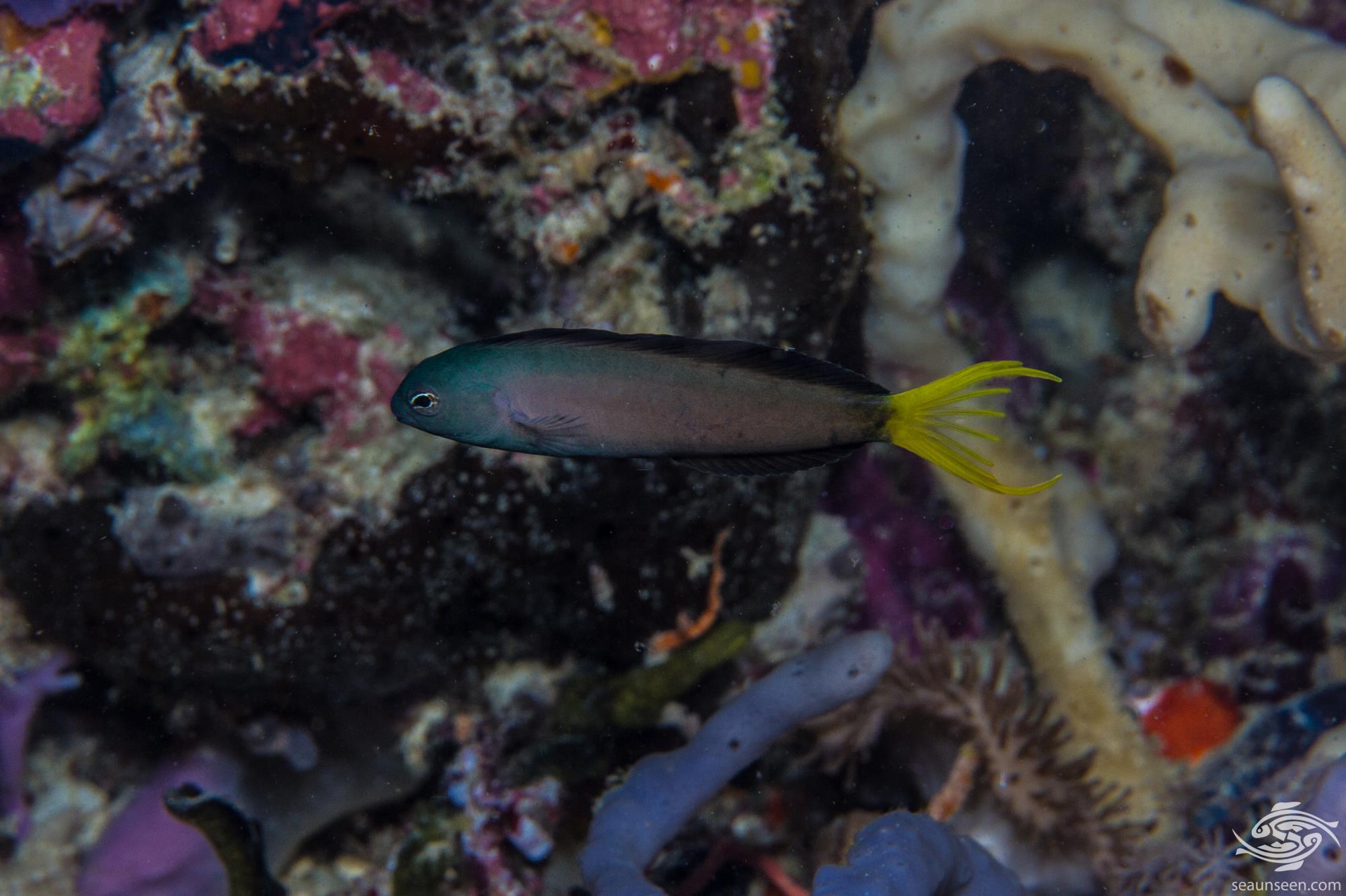 The Mozambique Blenny (Meiacanthus mossambicus) is also known as the Harptail Blenny. Blennies in the Meiacanthus Genus have grooved canine teeth with poison sacks that allow them to inject poison into their prey or in defense as is the case with this fish.

They are extremely common in Tanzanian waters. They are also very fast moving and are wary of divers and are difficult to photograph. 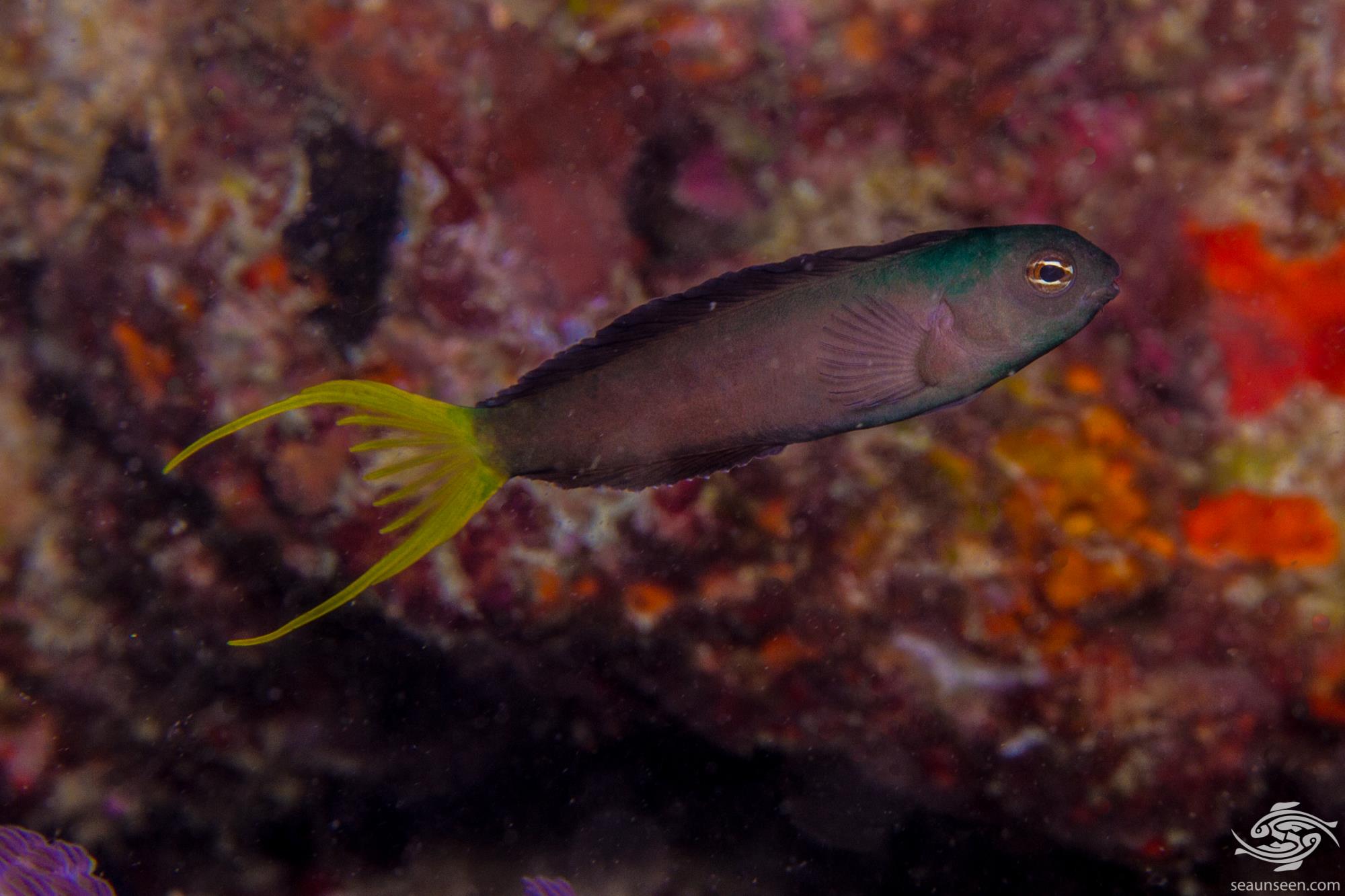 The mouth is on the underside of the body just ahead of the eyes. Situated in the lower jaw are two curved teeth that are obscured from view by the lips. The body is a green colour around the head with the green extending back along the forward dorsal area and lower body. 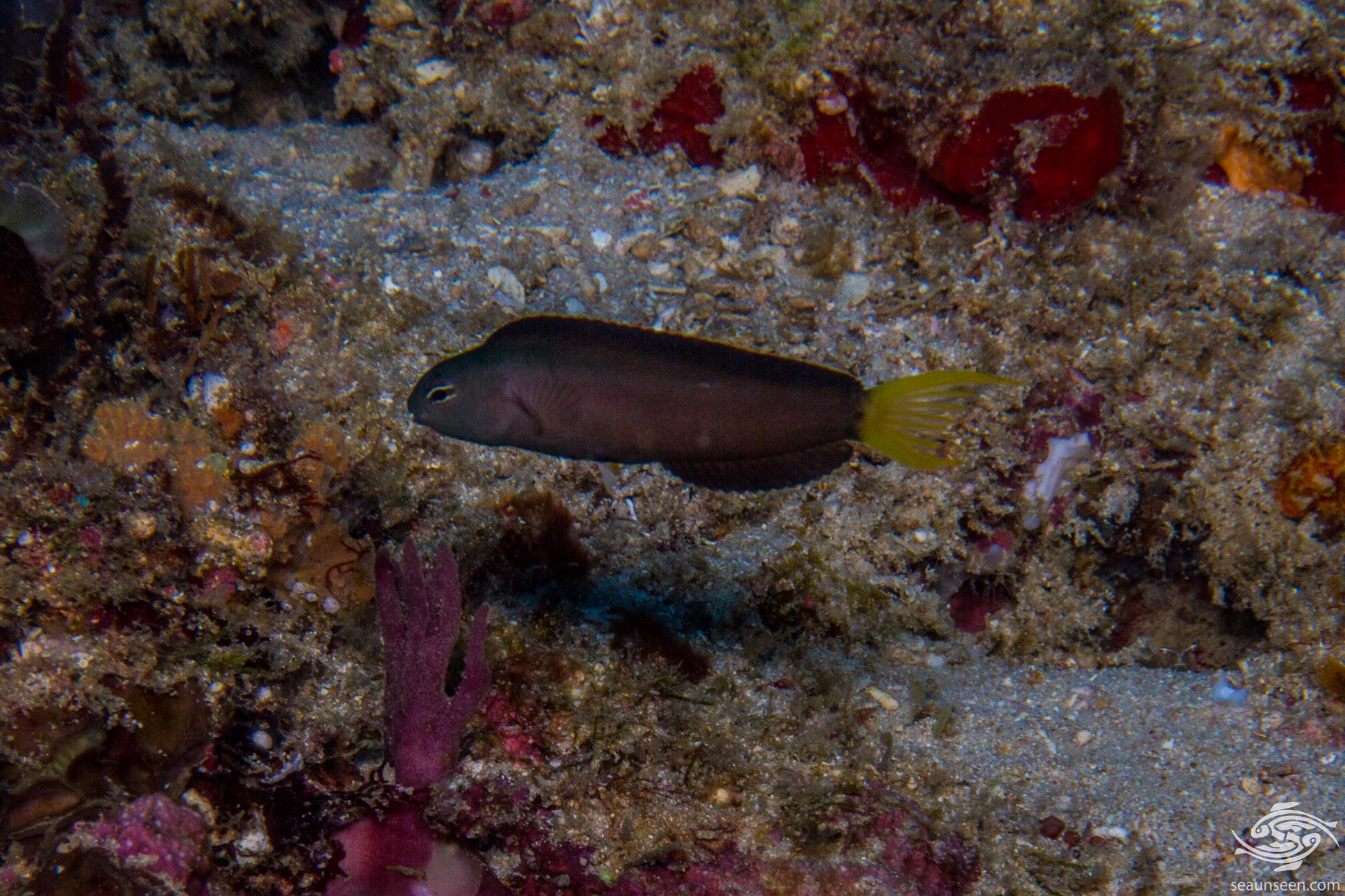 MOZAMBIQUE BLENNY IN THE WILD

The Mozambique Blenny is extremely common in Tanzanian waters and is found from 10 meters down to at least 35 meters. We have seen them on rubble areas , on the reef tops and even on deep walls.  They are usually singular and are always seen low on the reef close to shelter. Only on rare occasions have we seen a pair together. We have never seen them feeding above the reef. They are wary of divers and are difficult to get close to.  Usually they move away rather than ducking into a hiding spot as the other blennies do.

Their poison is used for defense only which is unusual. Most other fanged poisonous species use their poison for capturing prey.  Research indicates that the poisons contain opioids which drop the blood pressure of the fish that is bitten. The Mozambique blennies have been observed to have been swallowed and then spat out by their predator, presumably after they have bitten the inside of its mouth. 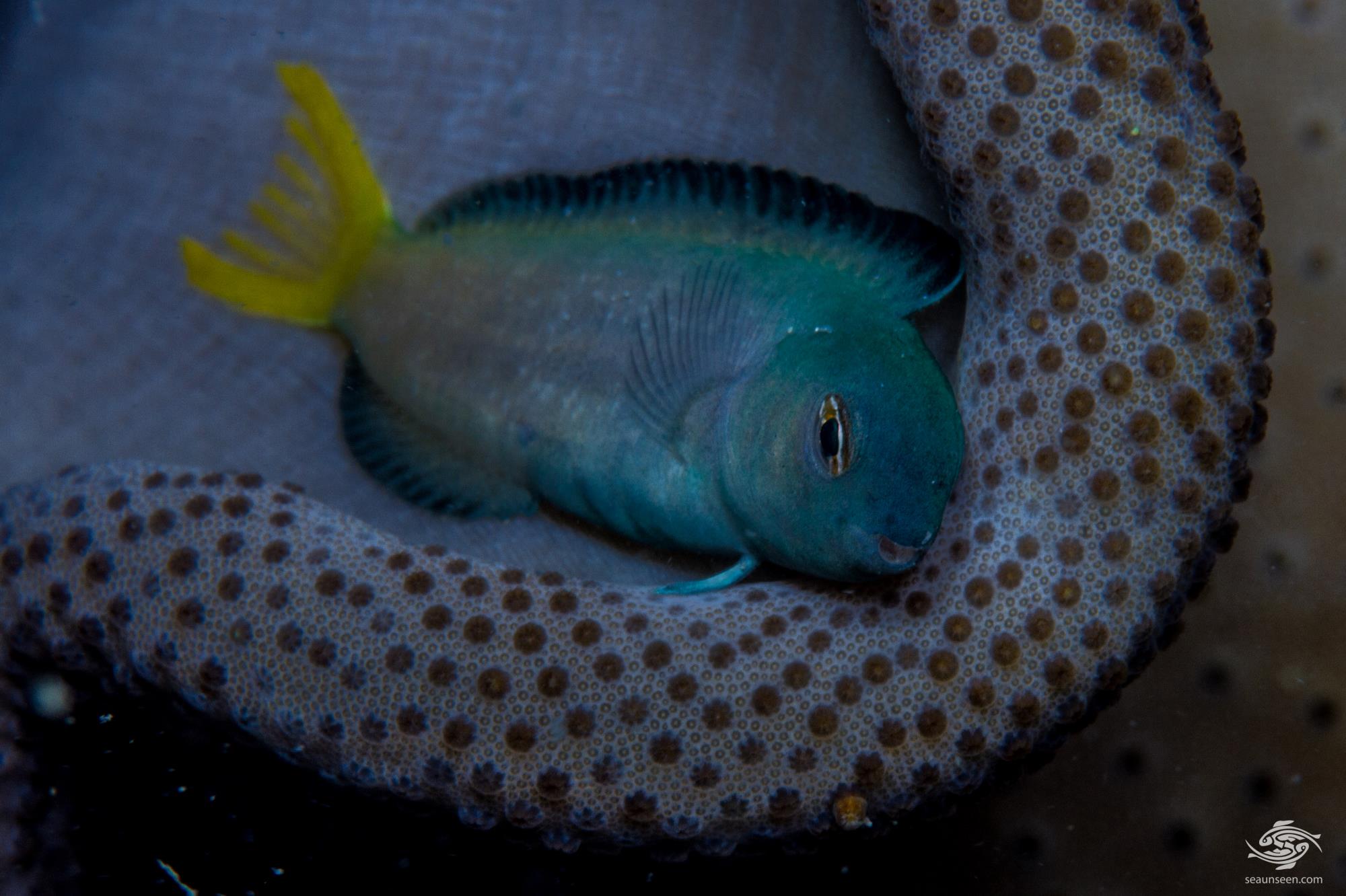 The Mozambique Blenny occurs on the east coast of Africa from Mozambique to at least Kenya, probably into Somali waters and across to the Comoros Islands and Madagascar.  We have seen them from between 10 to 35 meters in depth on rubble , flat reef and walls. 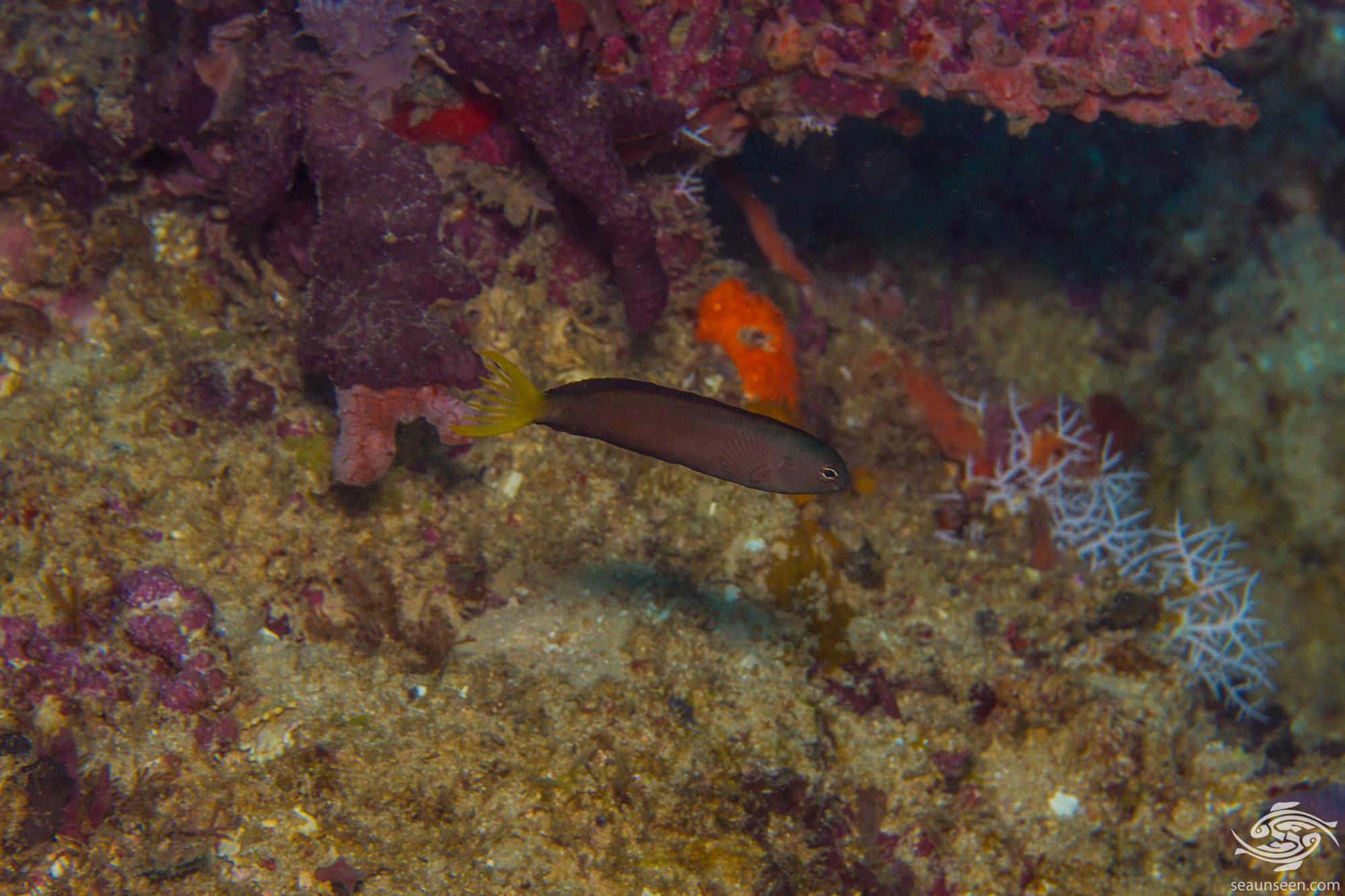 The males care for the eggs after mating has taken place until they hatch. They have been bred in captivity and are quite commonly sold in the trade. 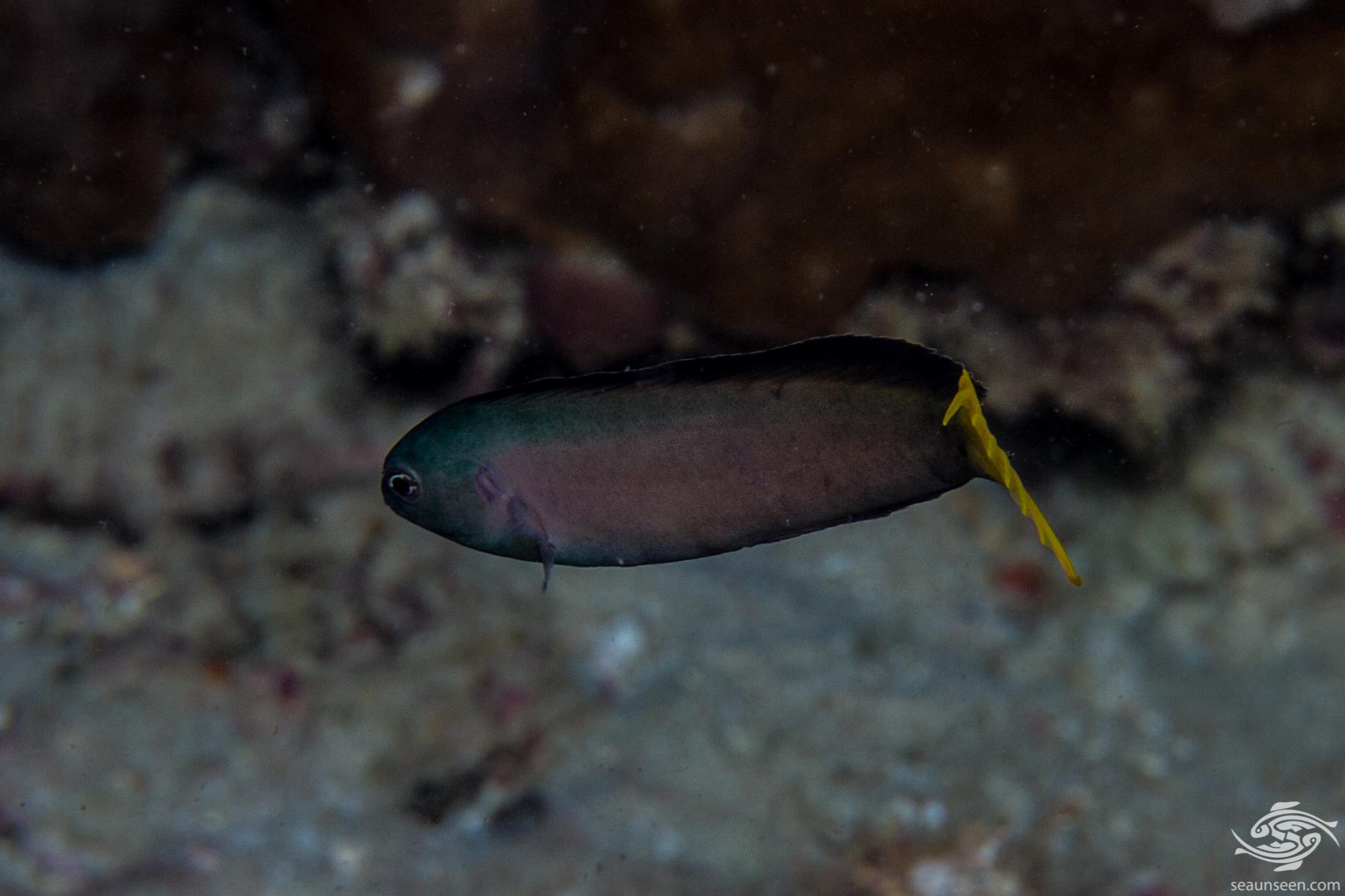 Mozambique Blenny are commonly kept in aquariums due to their ease of care and the fact that they are reef safe. They have been captive bred and one should always purchase captive bred fish, not only because it takes pressure off the wild population, but also because the juveniles are habituated to being in a tank. This makes it far easier to care for them. They will jump so a well sealed tank is a must.