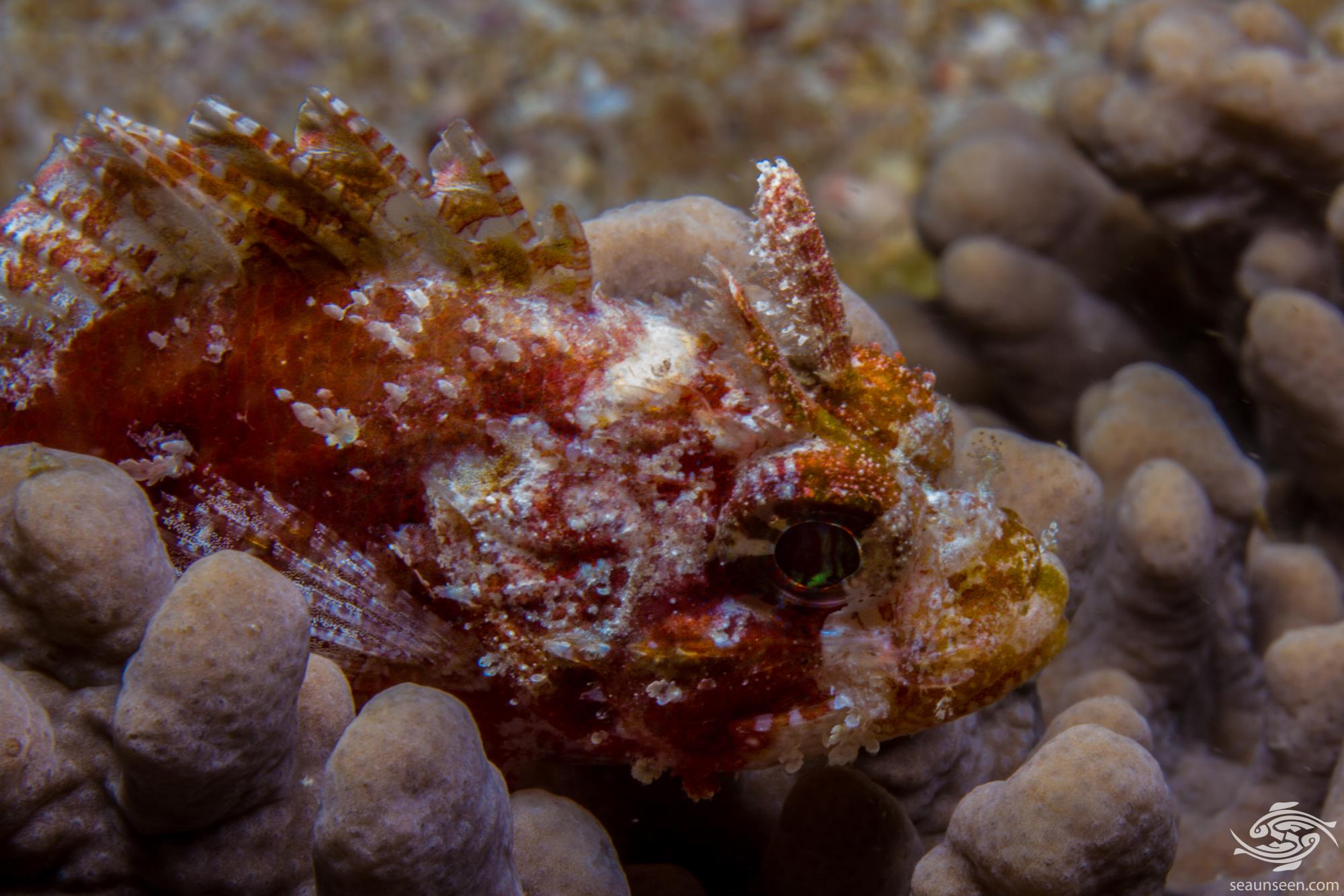 The Mozambique scorpionfish Parascorpaena Mossambica is one of the smaller scorpionfish. They have a very distinctive set of elongated cirri above the eyes that resemble antlers. As with all the scorpionfish, they are ambush predators. 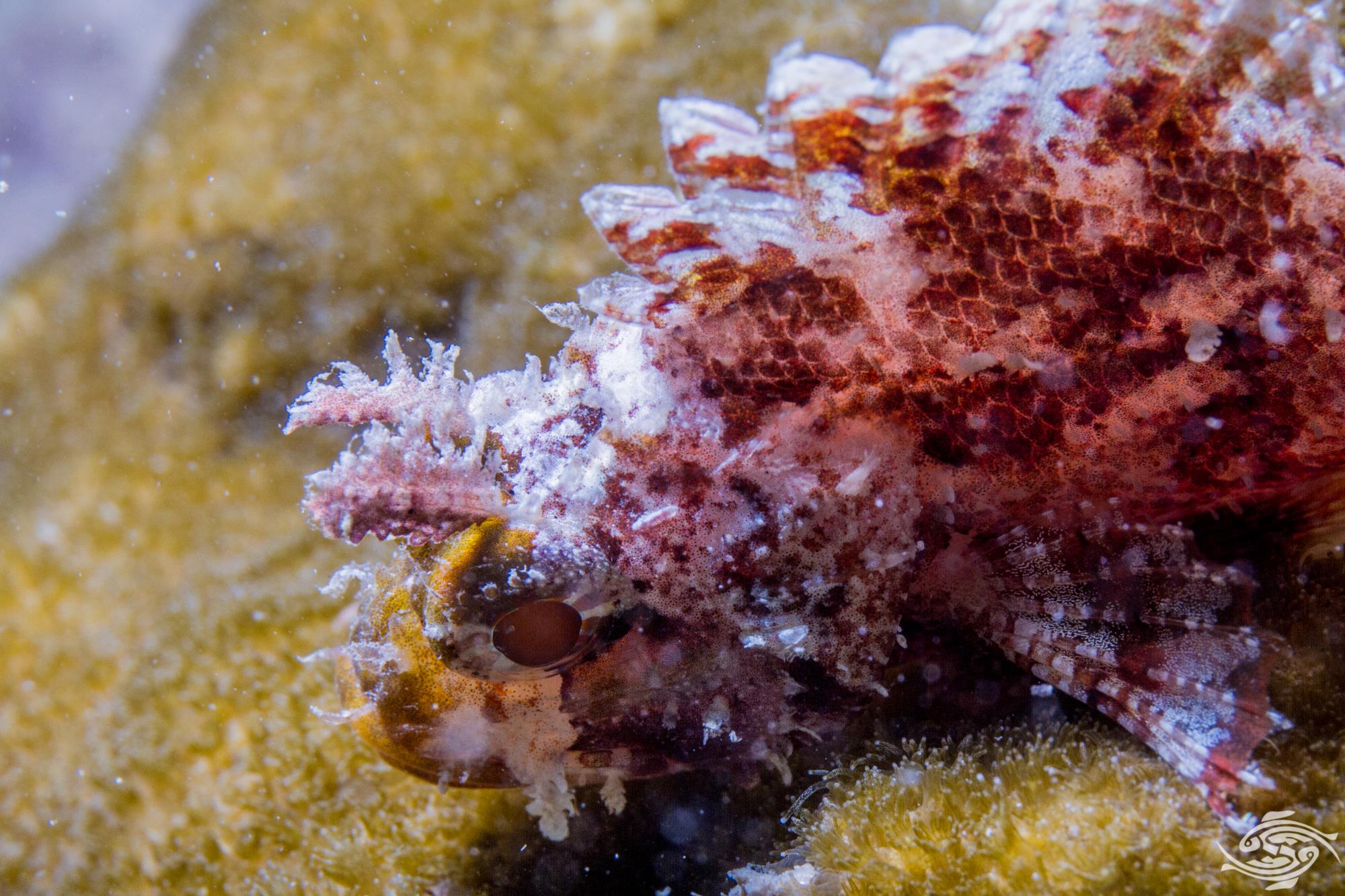 The body color varies from brown to a lavender color with red in between as can be seen in the images. They have a typical scorpionfish shaped body with a proportionally large head and a large mouth. There are numerous frills on the body which aid in camouflaging them.  Because of their large cirri which resemble antlers they are relatively easy to identify. They grow up to 15 cm in length although they are usually smaller in the wild and it is comparatively rare to see one this size. usually they are in the 8 to 10 cm range. 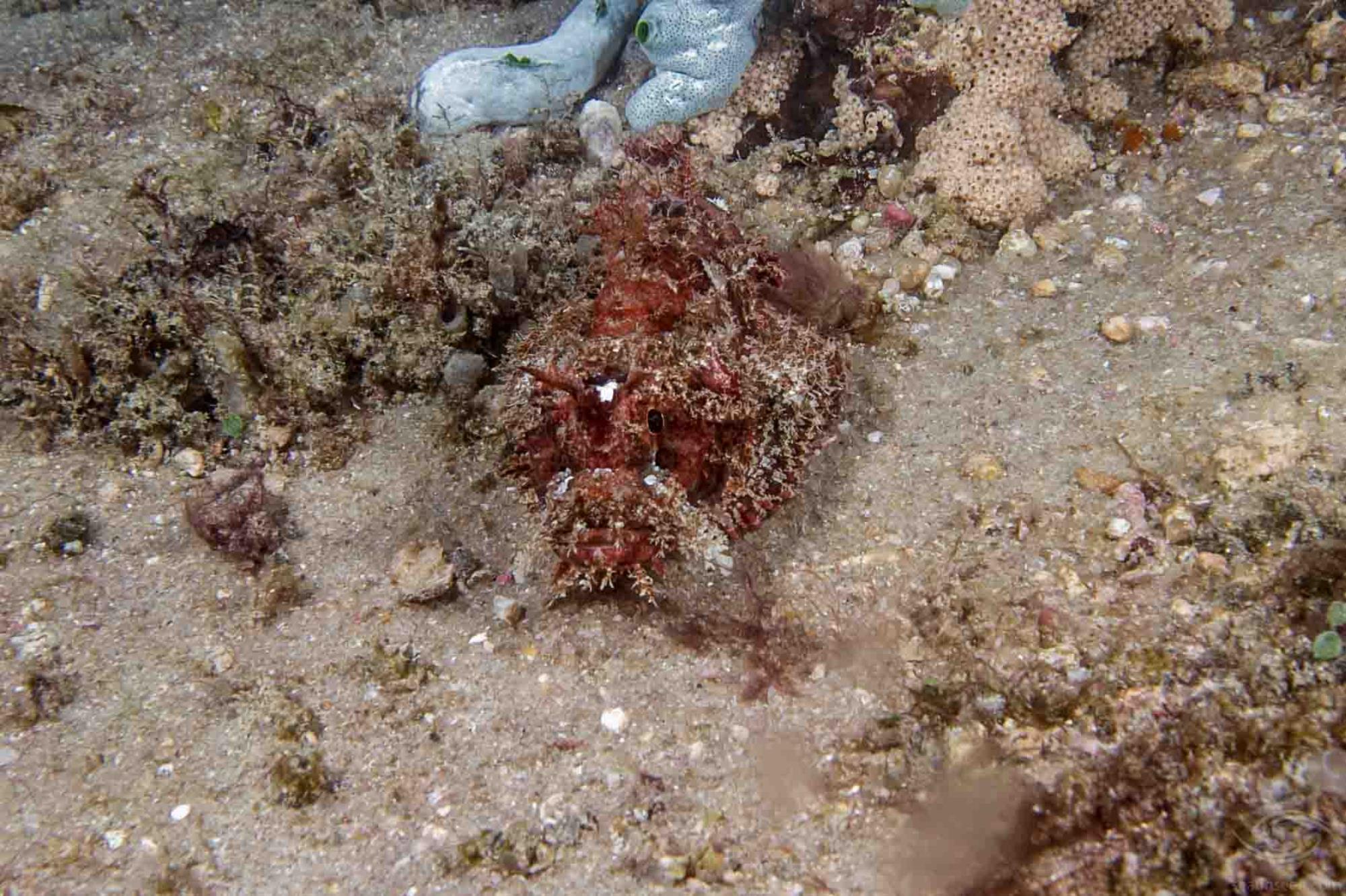 The Mozambique scorpionfish is usually only seen out at night in areas with sandy bottoms or rubble, sometimes in crevices. We have seen small juveniles in the 3 to 10 cm range on coral bommies almost always at night. They are also occasionally found in weedy areas in lagoons. Despite their sometimes bright coloration they are very well camouflaged and can be difficult to spot. 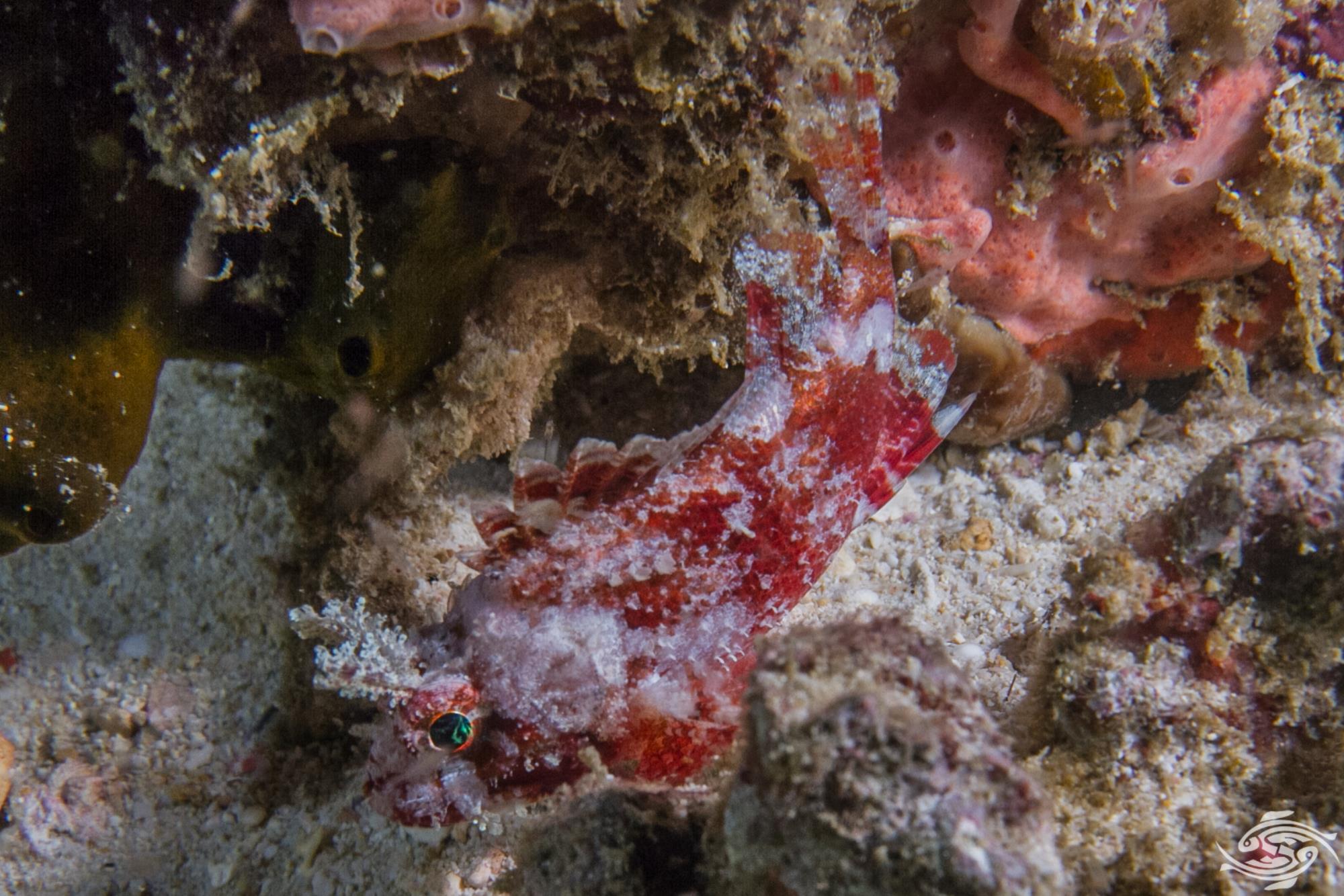 It used to be thought that they were widely distributed across the Indo Pacific. Recent research using DNA has shown that the ones found in the eastern Indian Ocean and Pacific areas are a separate species. 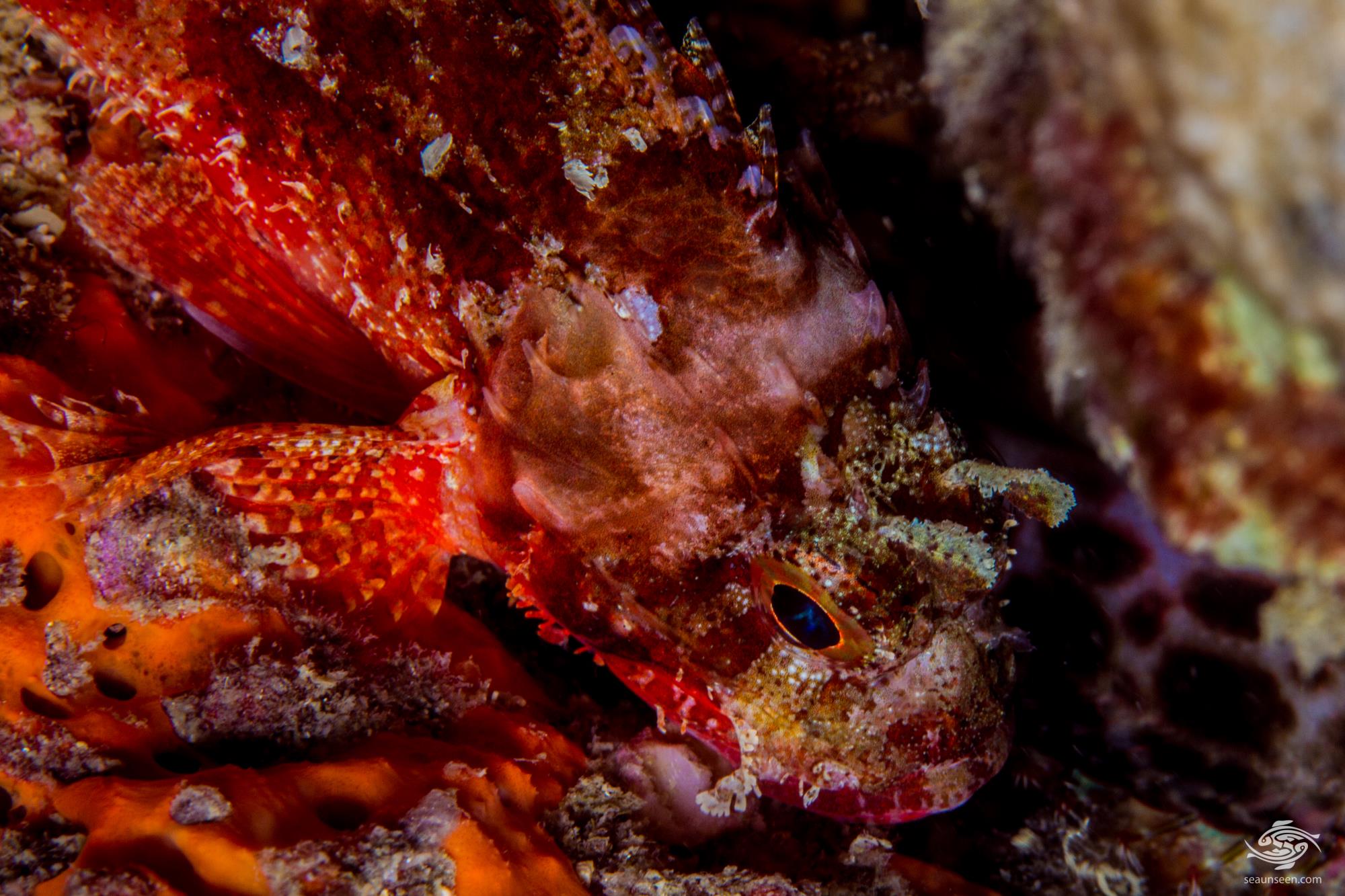 Those in the Pacific have been renamed Parascorpaena armata. Current thinking is that Parascorpaena Mossambica is only found in the western Indian Ocean.  They are found from 2 meters to 20 meters in depth. 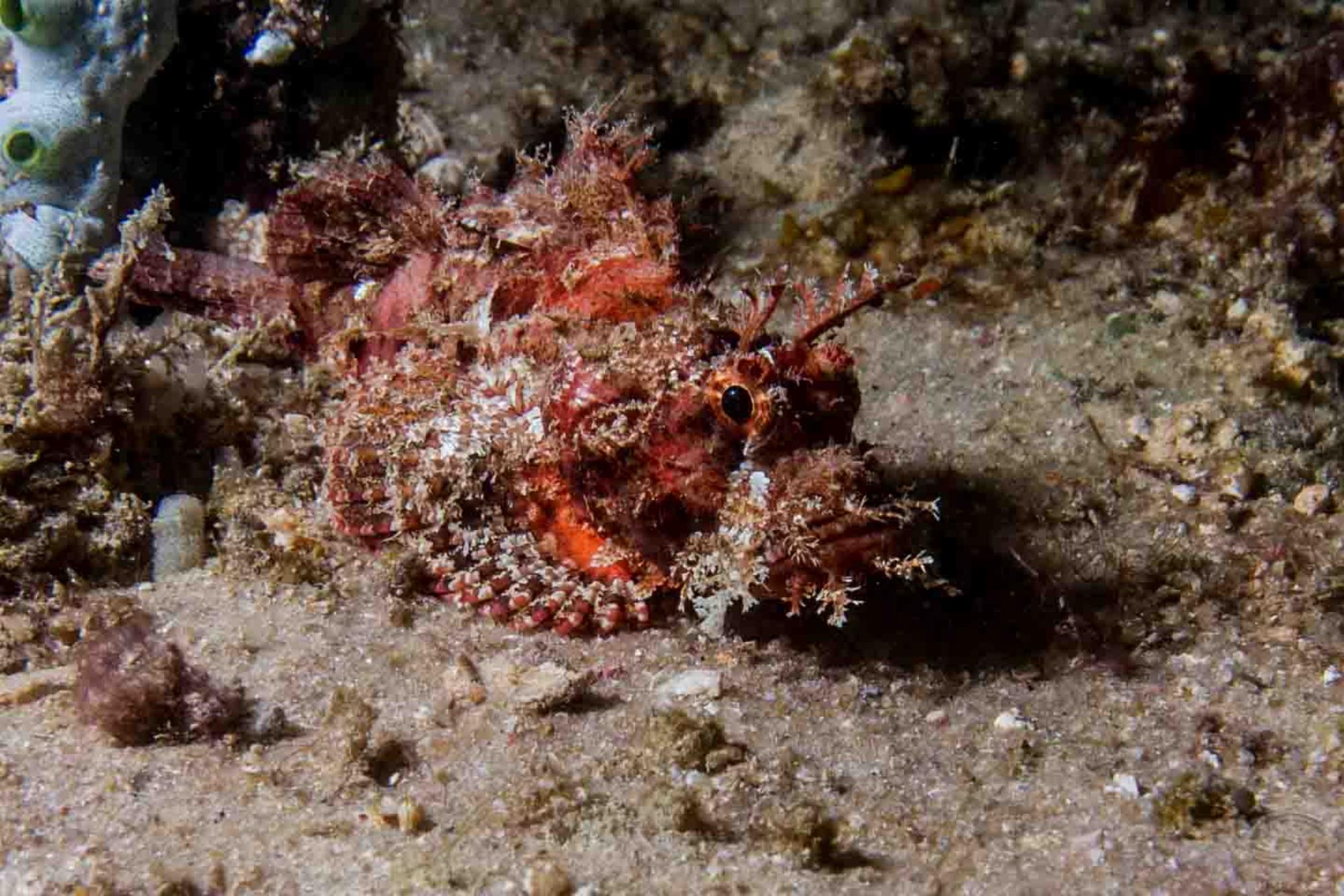 They are ambush predators and will eat any passing fish or crustacean that they can fit in their mouths. 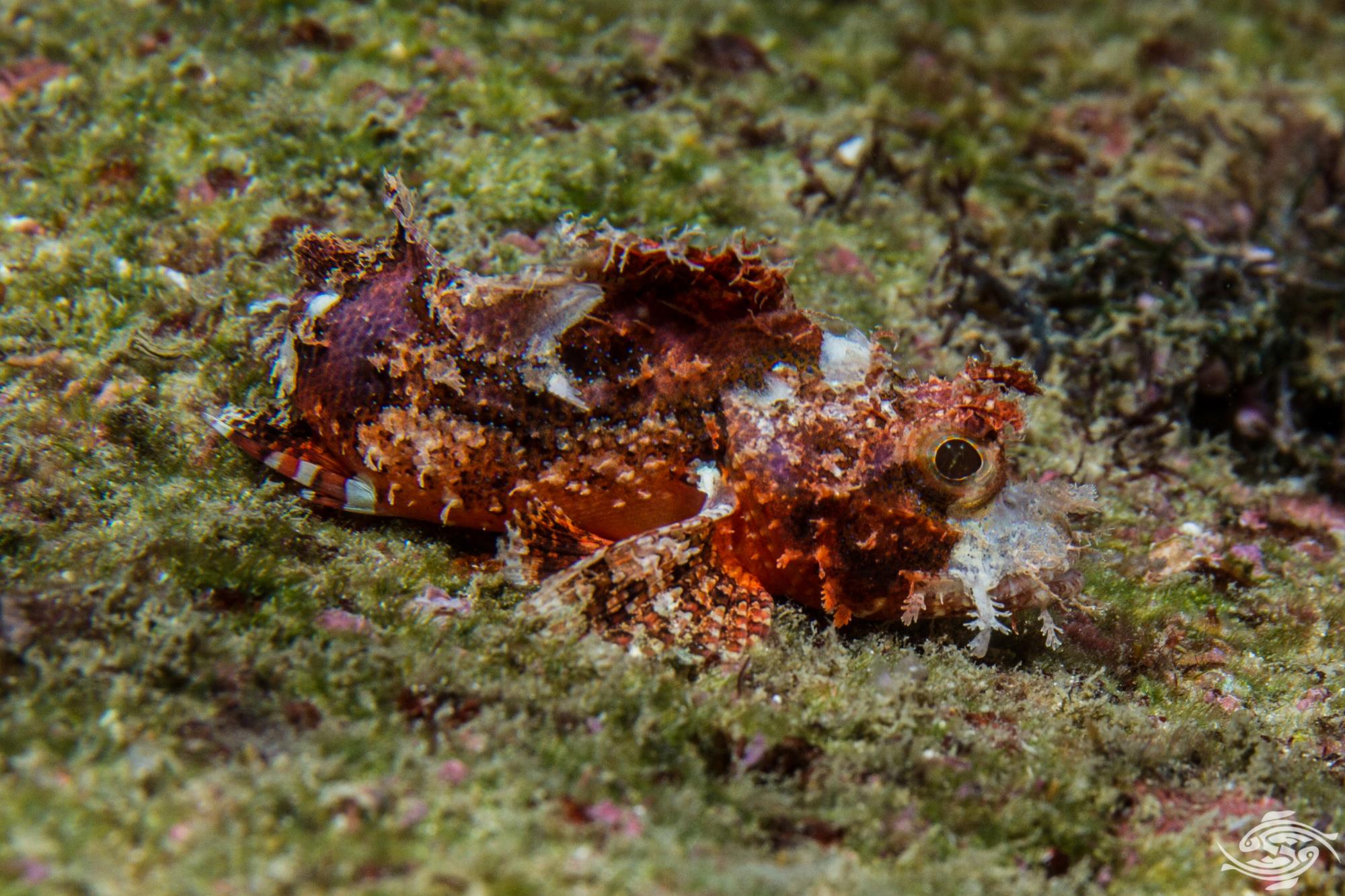 Scorpionfish are oviparous with females producing eggs. When fertilized the eggs are released and float near the surface until they hatch. Little else is known about scorpionfish reproduction.

The  Mozambique Scorpionfish is a very attractive looking fish with its antlers. They are kept by some specialist collectors. Great care has to be taken in choosing their tank mates as they will eat anything which fits in their mouth. Because they are one of the smaller scorpionfish their size gives one some leeway in choosing their tank mates. As with most scorpionfish they are relatively easy to get onto prepared foods. 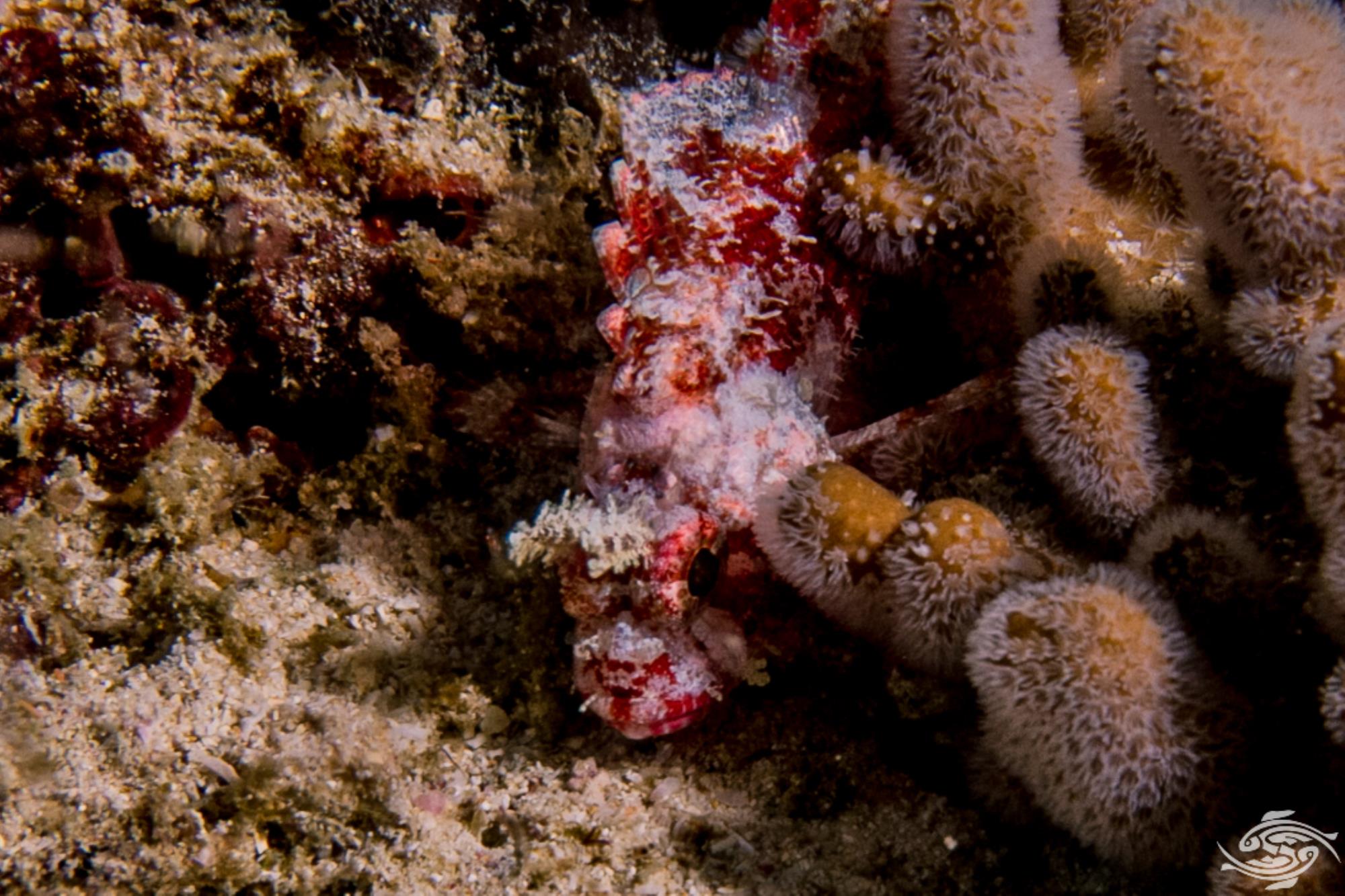 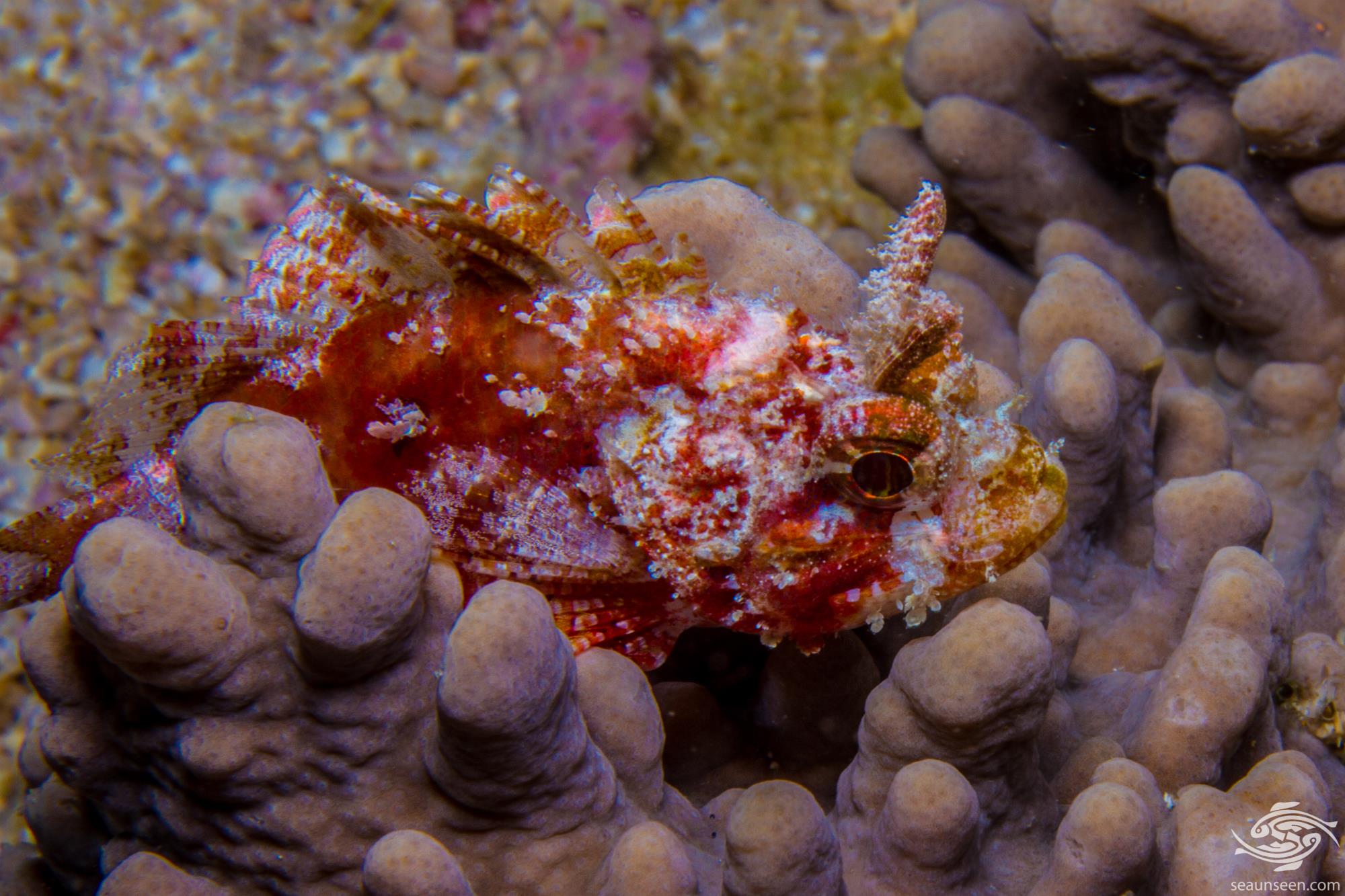 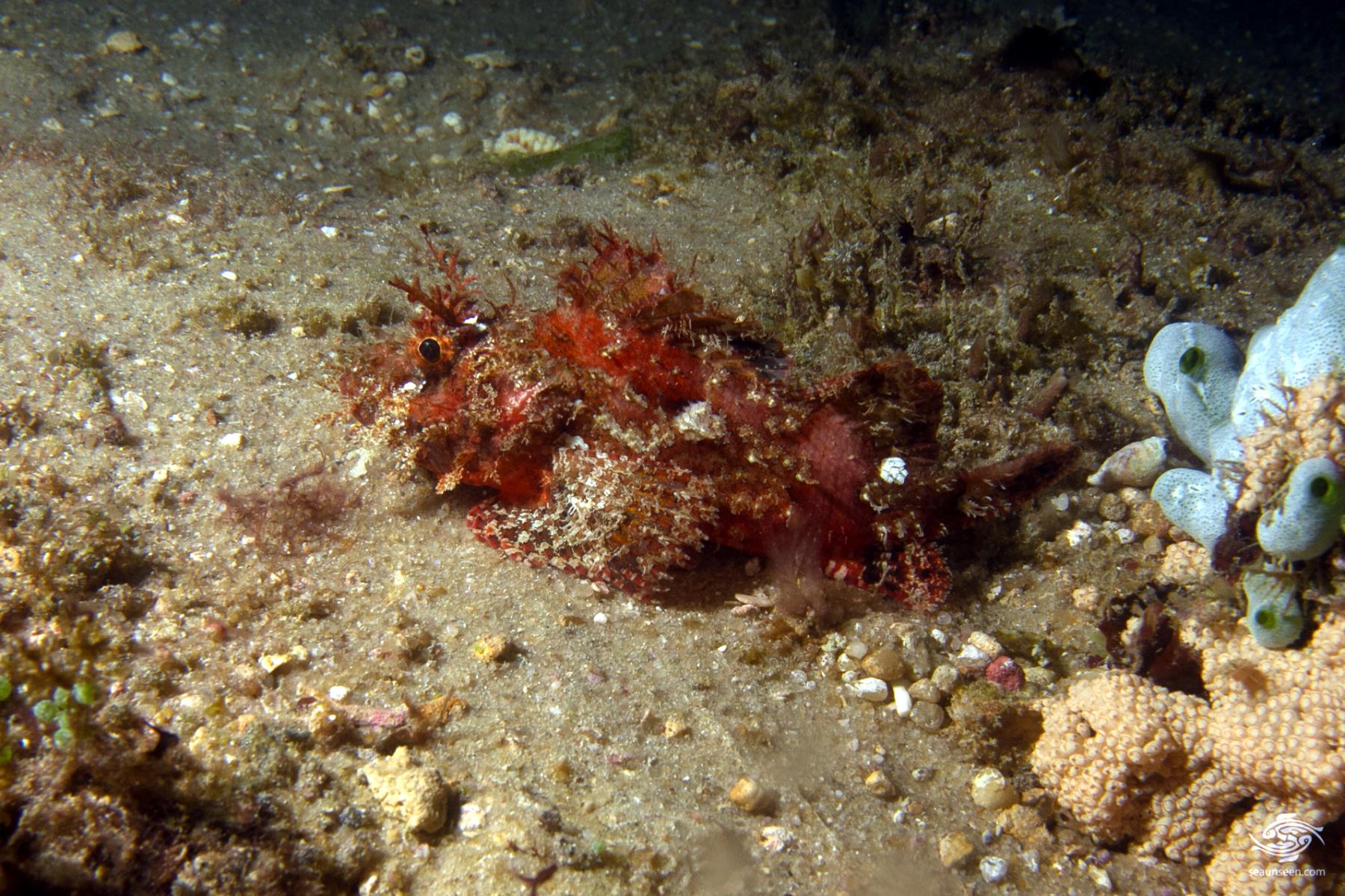