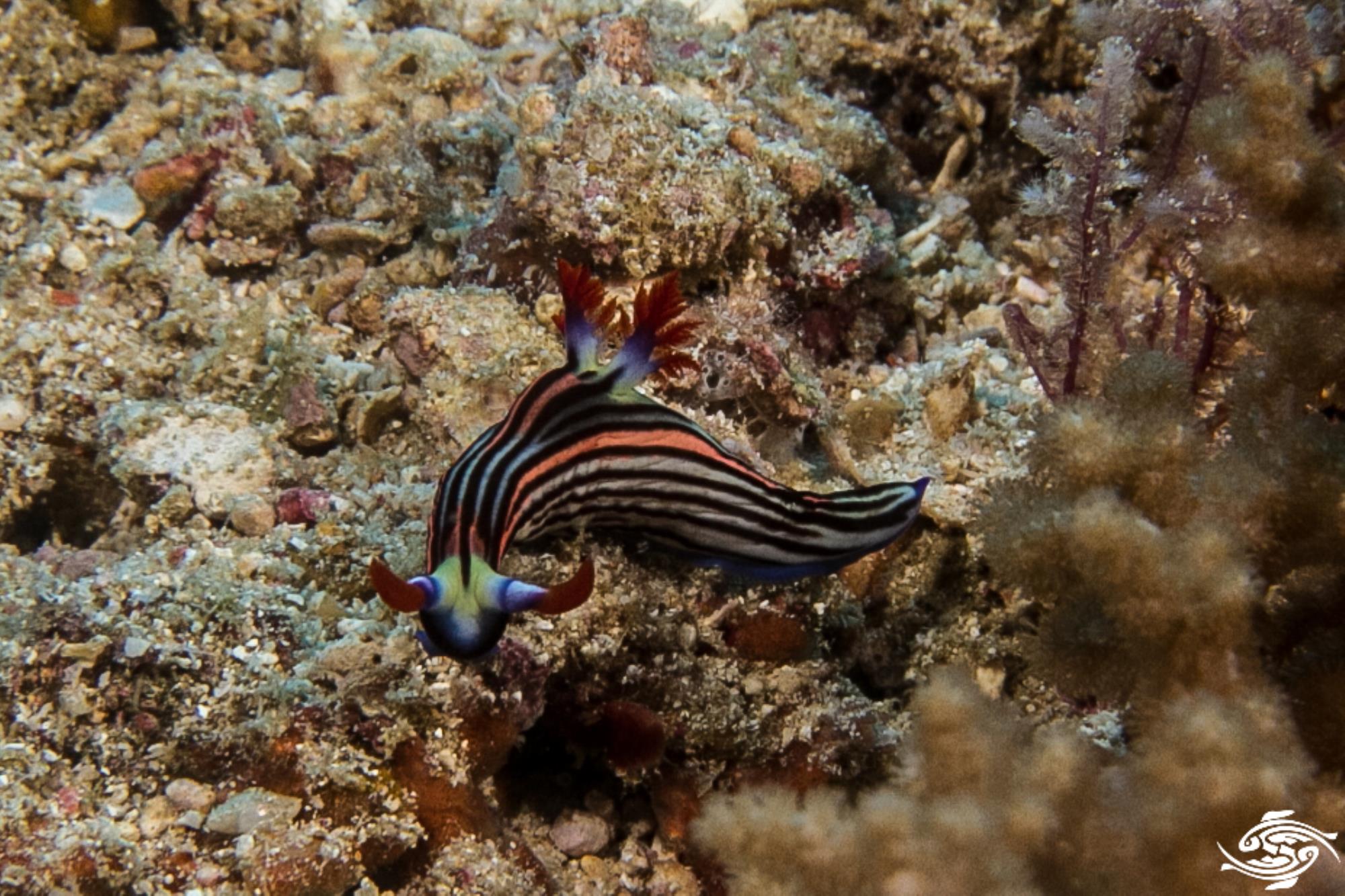 The Nembrotha aurea also known as the Golden Nembrotha is a species of colourful sea slug. They are dorid nudibranchs, marine gastropod mollusks. 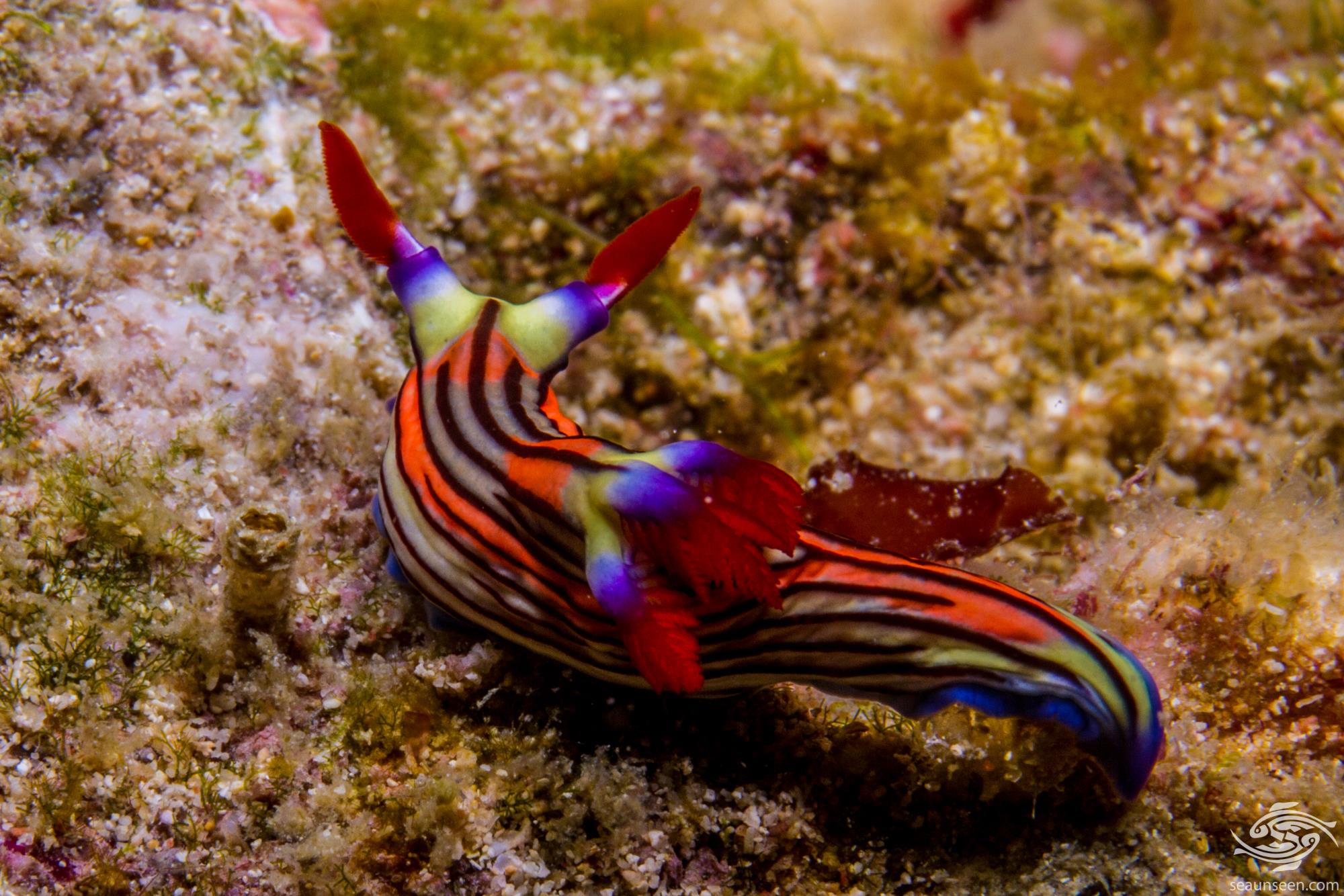 Nembrotha aurea have an elongated shape and smooth skin.  The body has black lines running across it longitudinally. In the lower and upper body the background color is white. There is an orange stripe between the lines just below the gills and more orange just in front of the gills.The rhinophores and gills are red orange. The lower body is edged with blue. All in all a really colorful combination and a very attractive looking nudibranch. They grow up to 70 mm in length. 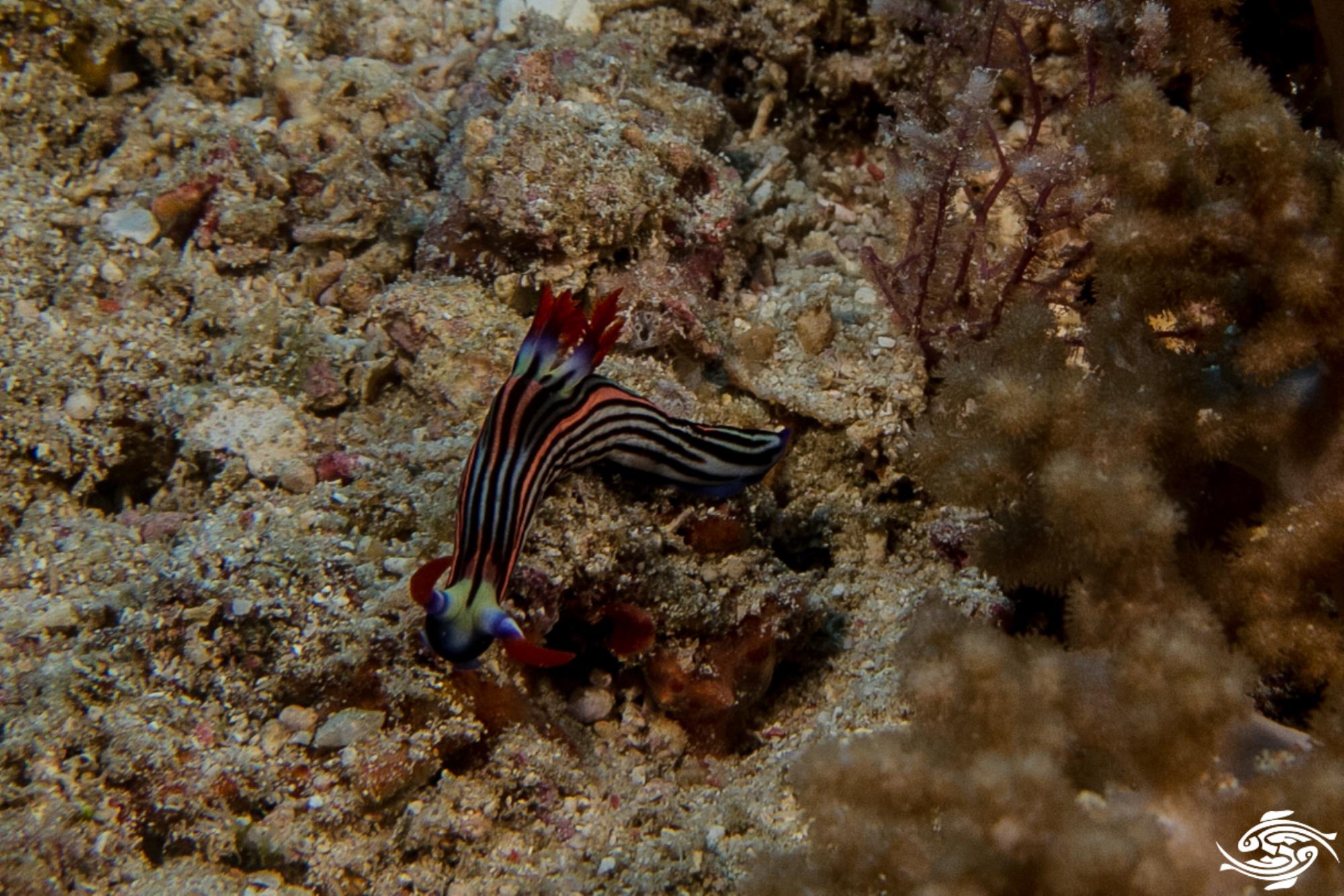 The Nembrotha aurea are not that common in Tanzania but are occasionally seen on the top of some reefs.  Usually close to a drop off. Being brightly colored they are easy to spot. Normally they are seen singly but sometimes in pairs. They have  the ability to secrete toxic substances which provides protection against predators. Being fairly slow moving they are easy to observe while diving. They seem to sense a diver and head for cover, probably not appreciating having lights shone on them. 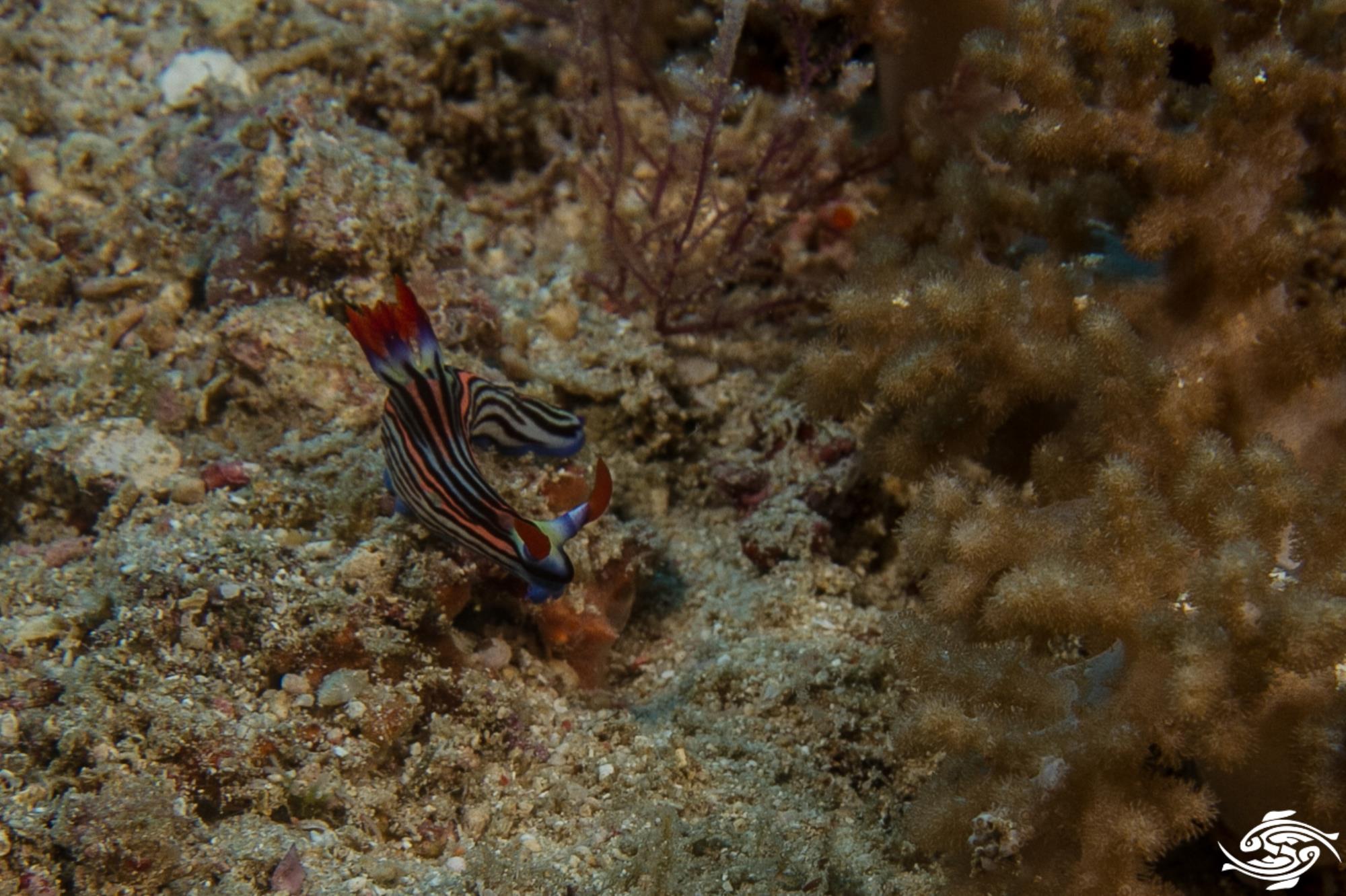 The Nembrotha aurea is found across the Indo west Pacific area . They are found on rocky and coral reefs to a depth of 30 meters. 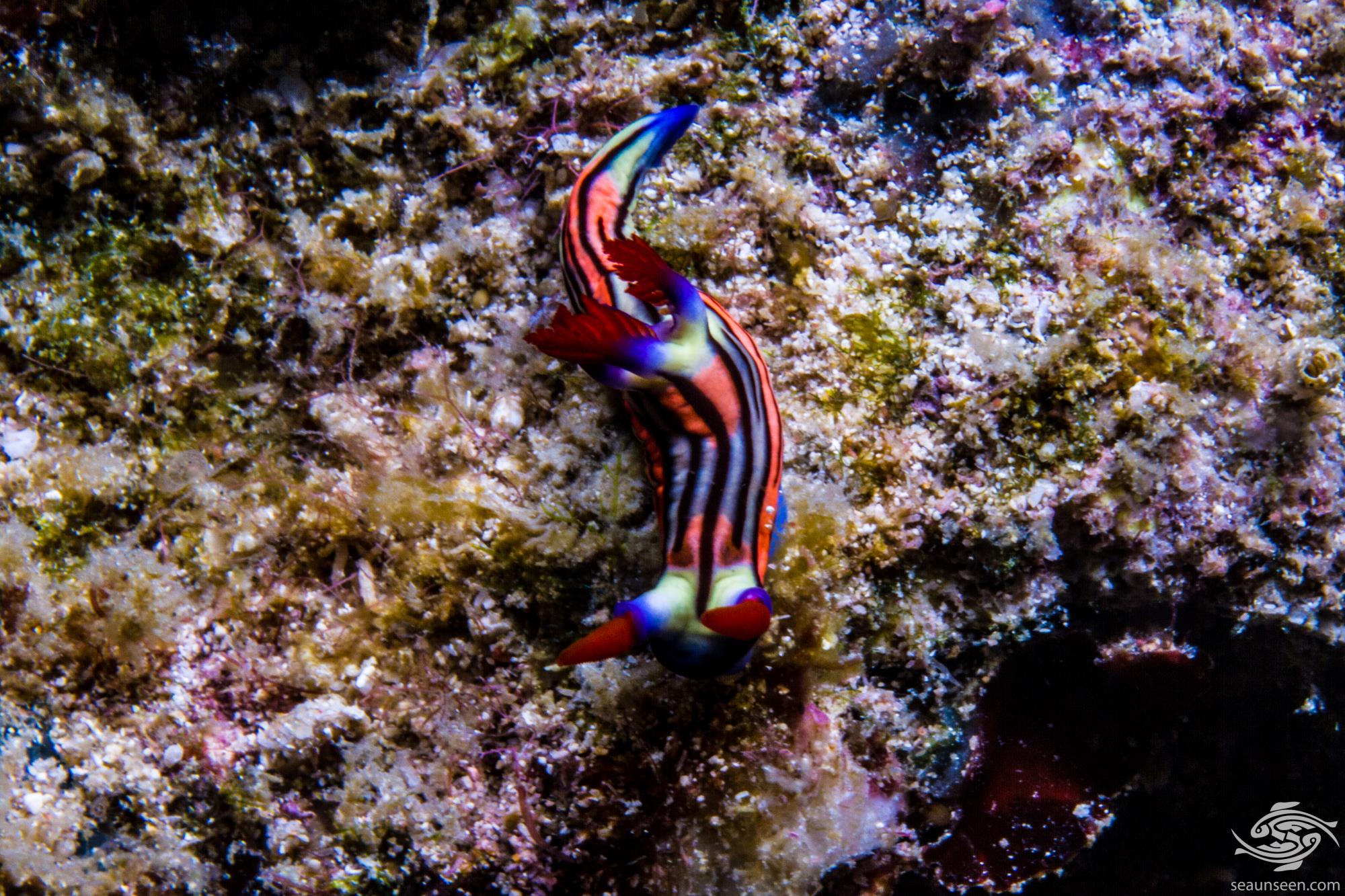 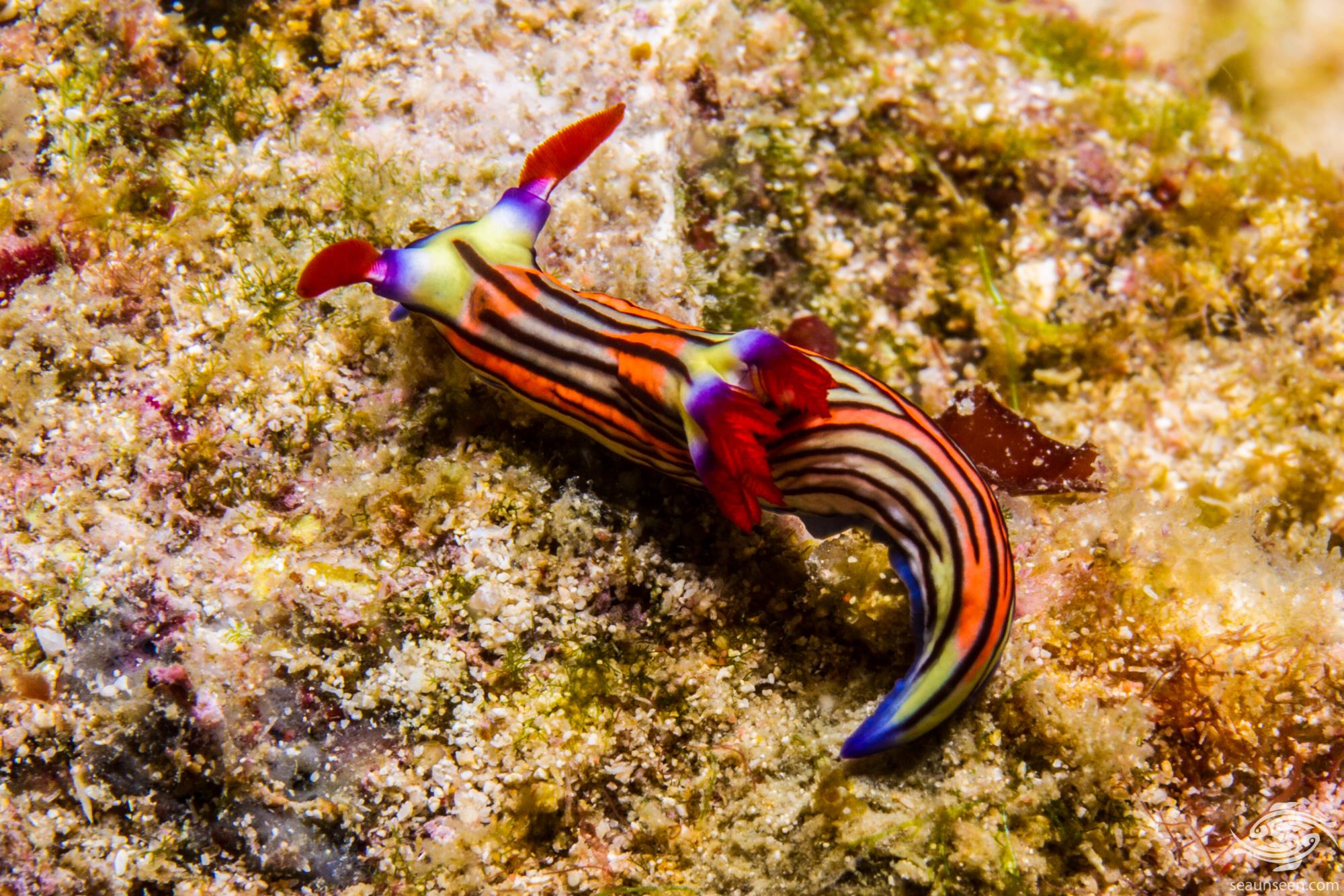 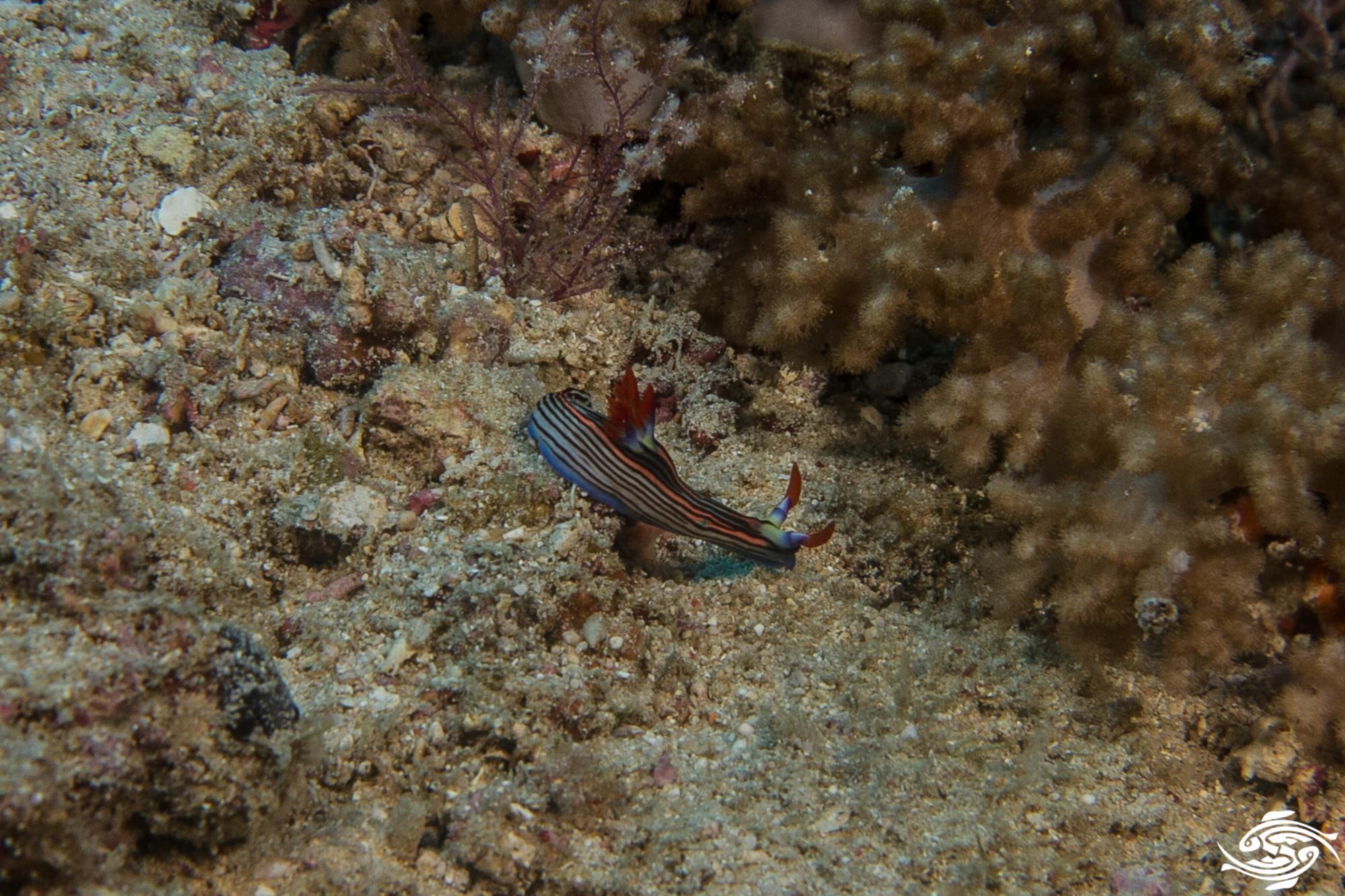 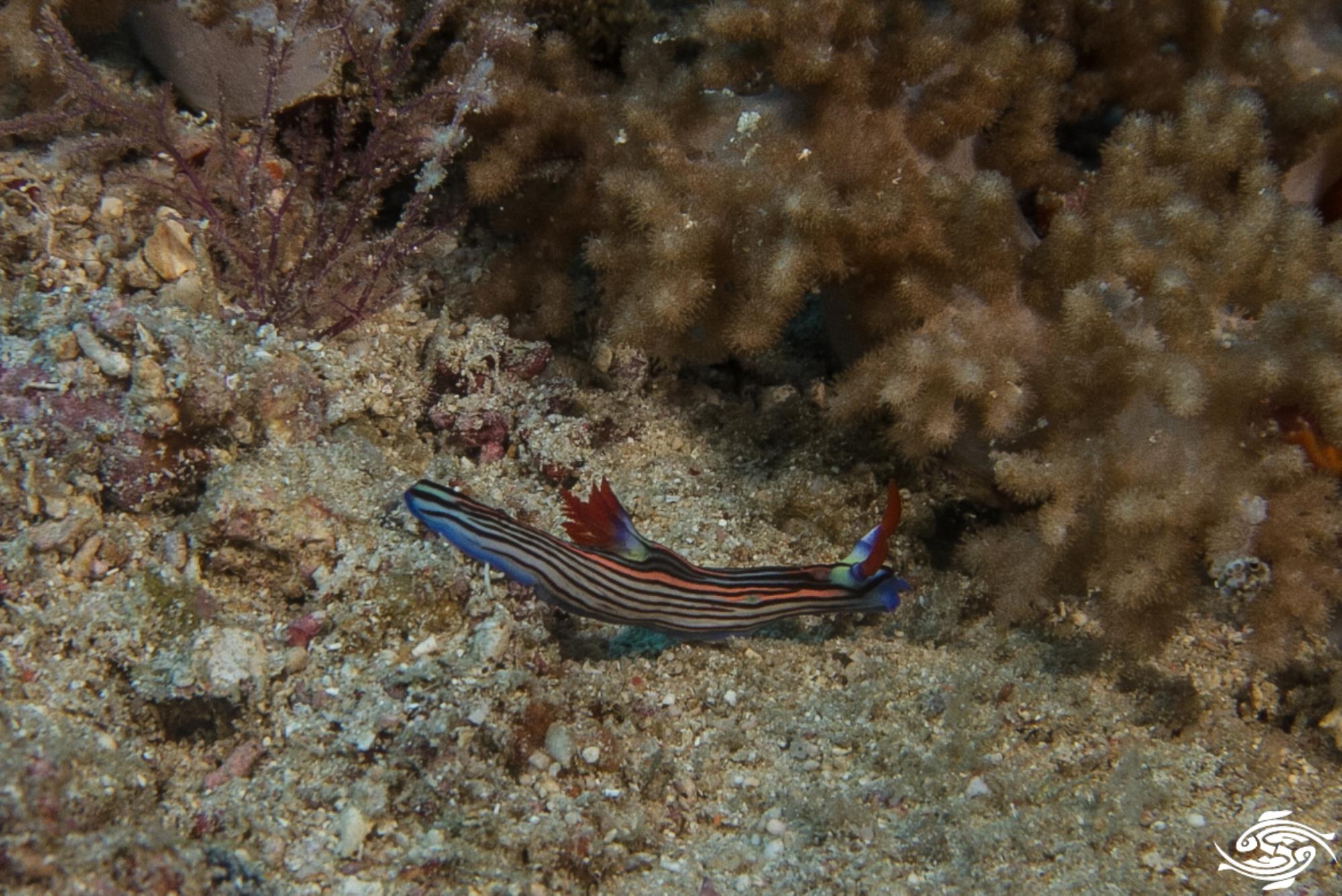