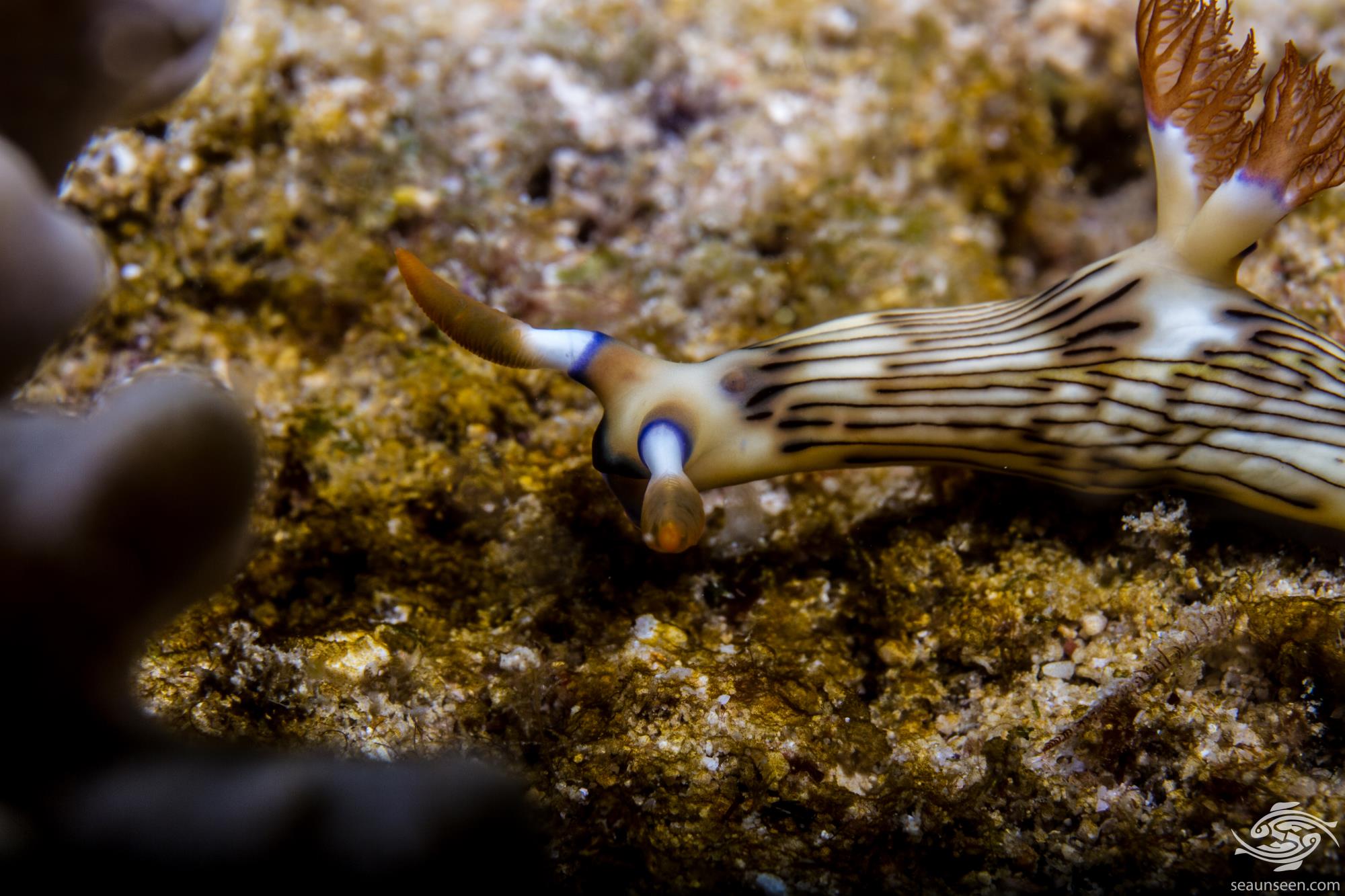 The Nembrotha lineolata is also known as the Lined Nembrotha. They are not common on the Tanzanian mainland coast where these specimens were photographed. They are dorid nudibranchs, marine gastropod mollusks and were first described by Berge in 1905 in Indonesia on Selayar Island. 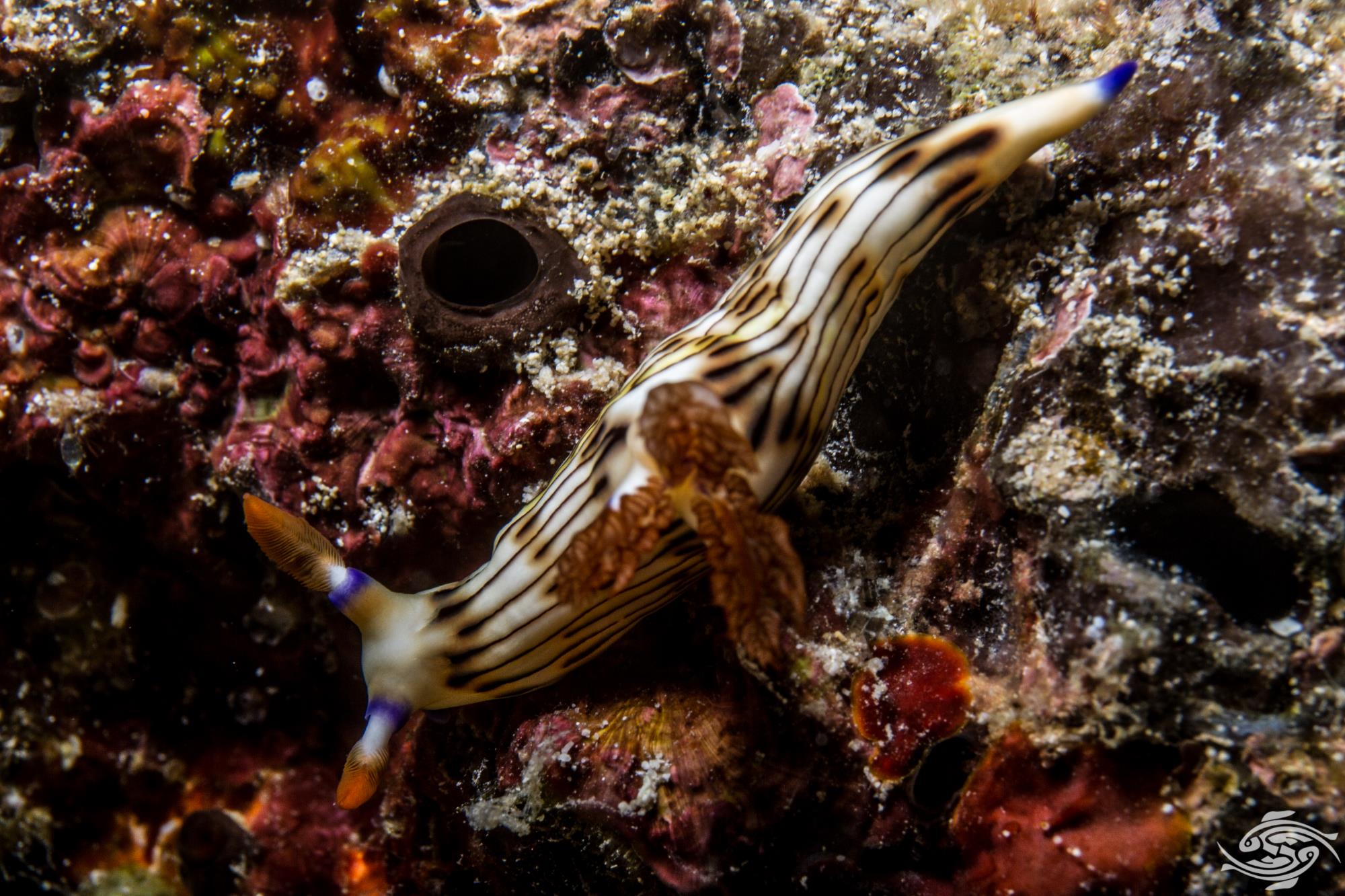 Nembrotha lineolata have an elongated shape and a white background colour. There are a series of longitudinal dark brown stripes along the body with the lines thickening in some areas. Each specimen seems to have slightly different patterns of lines on it and some specimens have yellow between the lines in some areas.  The lower mantle is ringed in blue although this is not always easy to see. 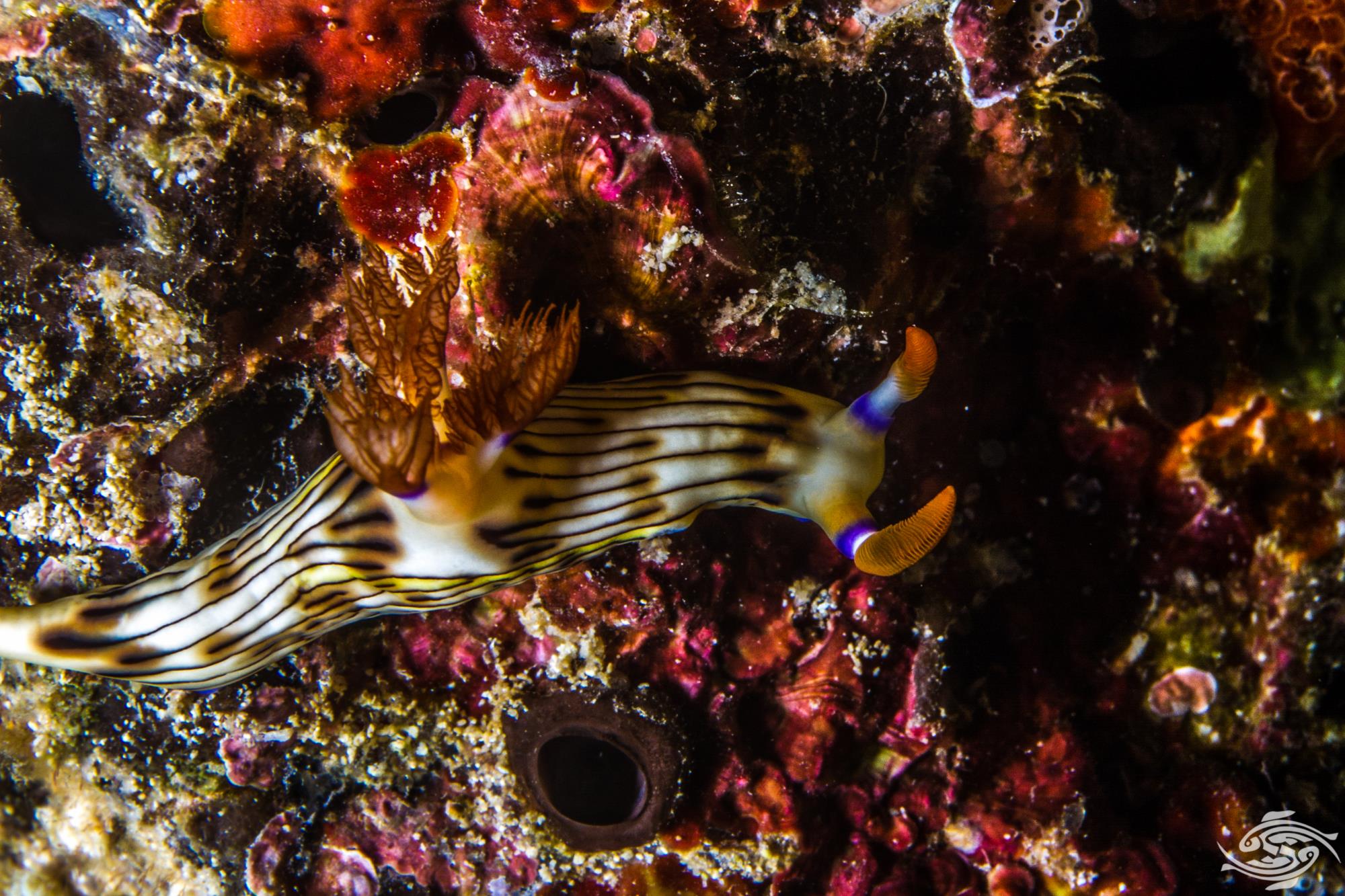 The Nembrotha lineolata are usually seen on open reefs with a lot of ascidians on them. In Tanzania they seem more common between 12 to 20 meters in depth range. They absorb toxins from the ascidians and these are secreted when they feel threatened. 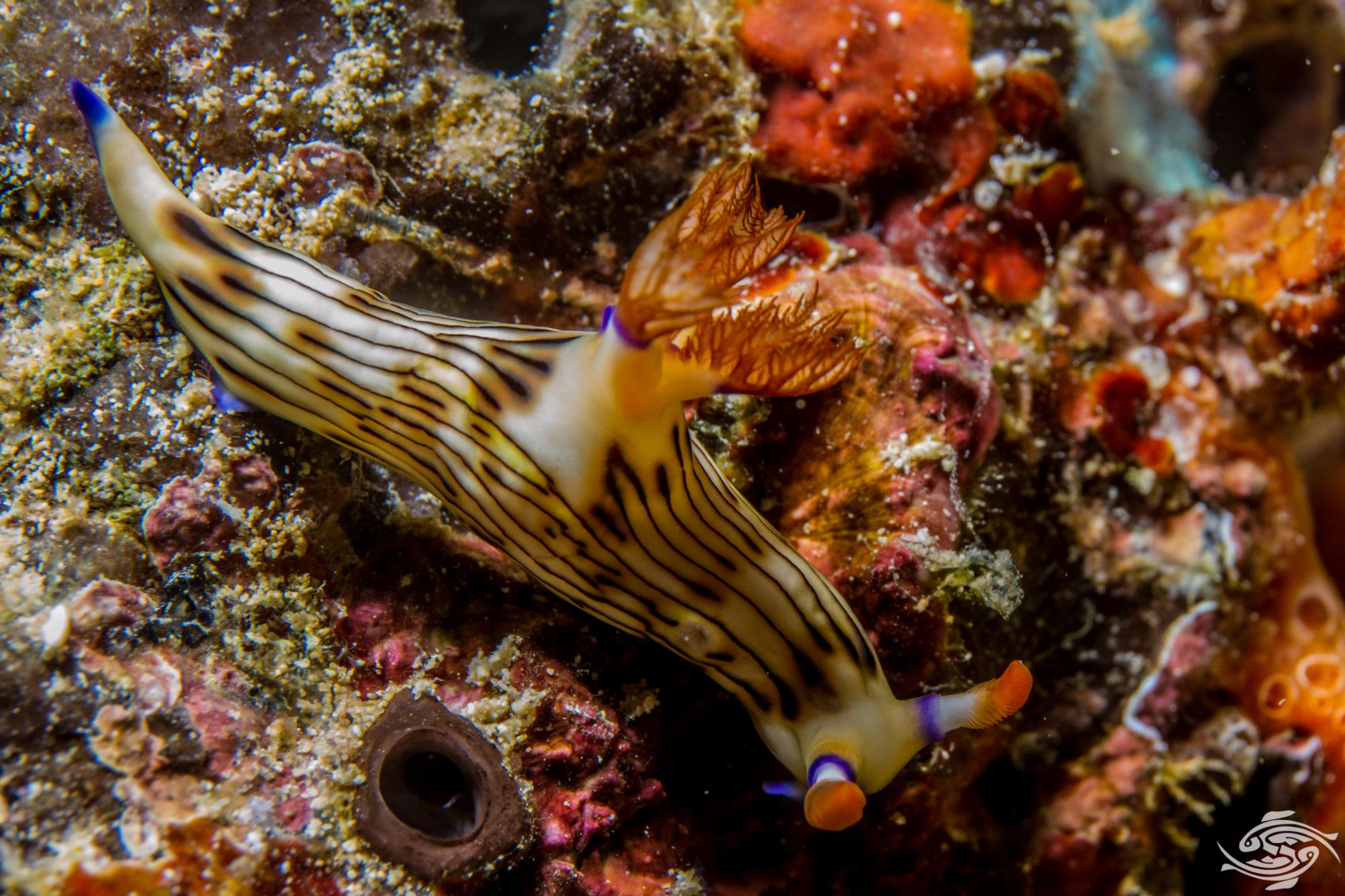 The Nembrotha lineolata is found across the Indo West Pacific area . They are found on rocky and coral reefs to a depth of 30 meters. 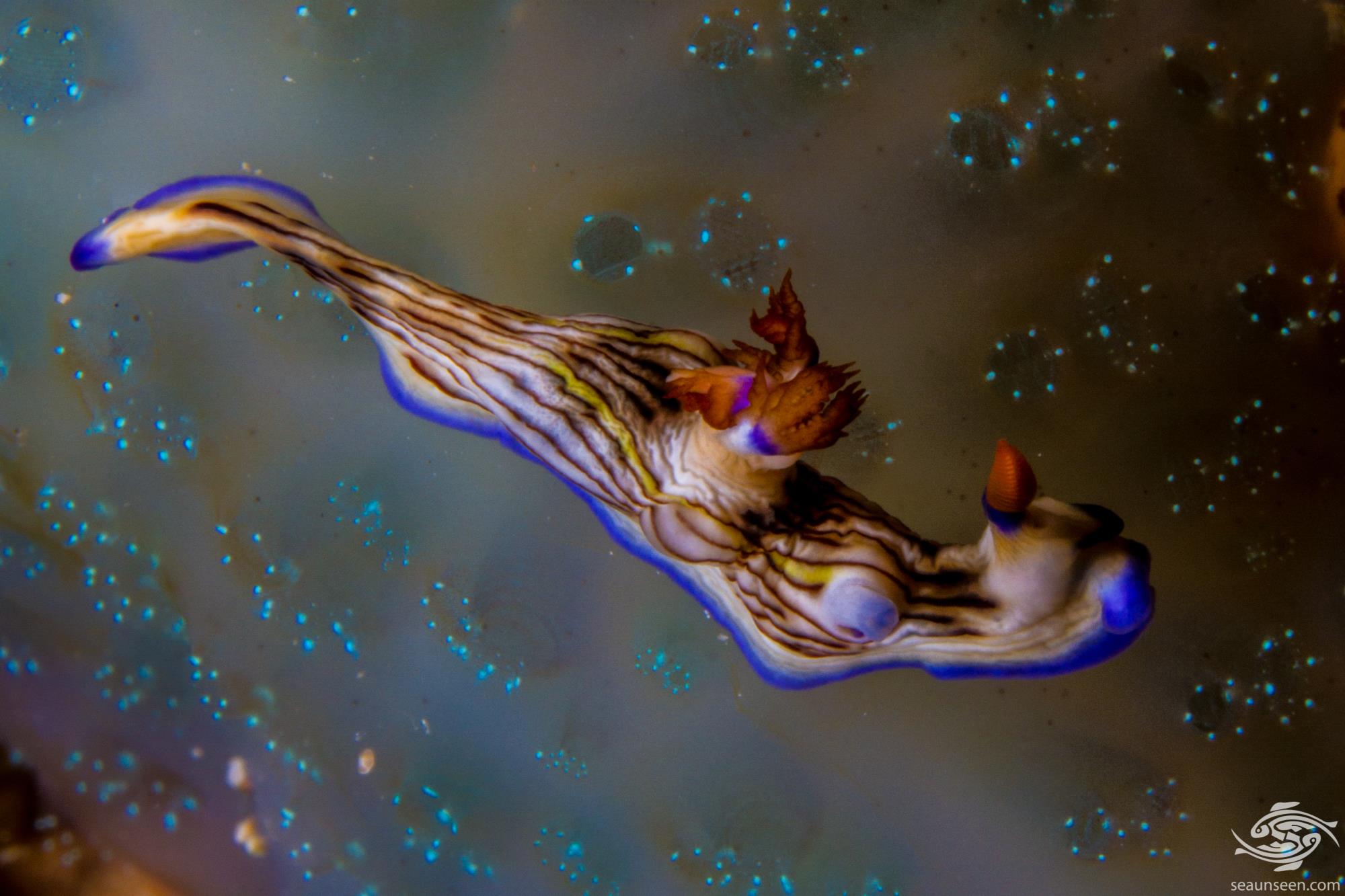 Nembrotha lineolata feed on ascidians. In the images above a specimen can be seen feasting on an ascidian. Nudibranchs have their teeth on their radula which is similar but not quite the same as a tongue. Food is grasped and processed by the radula and passed through the esophagus into the stomach. After digestion waste products pass through the intestine out the anus, which in dorid nudibranchs is in the middle of the gills. 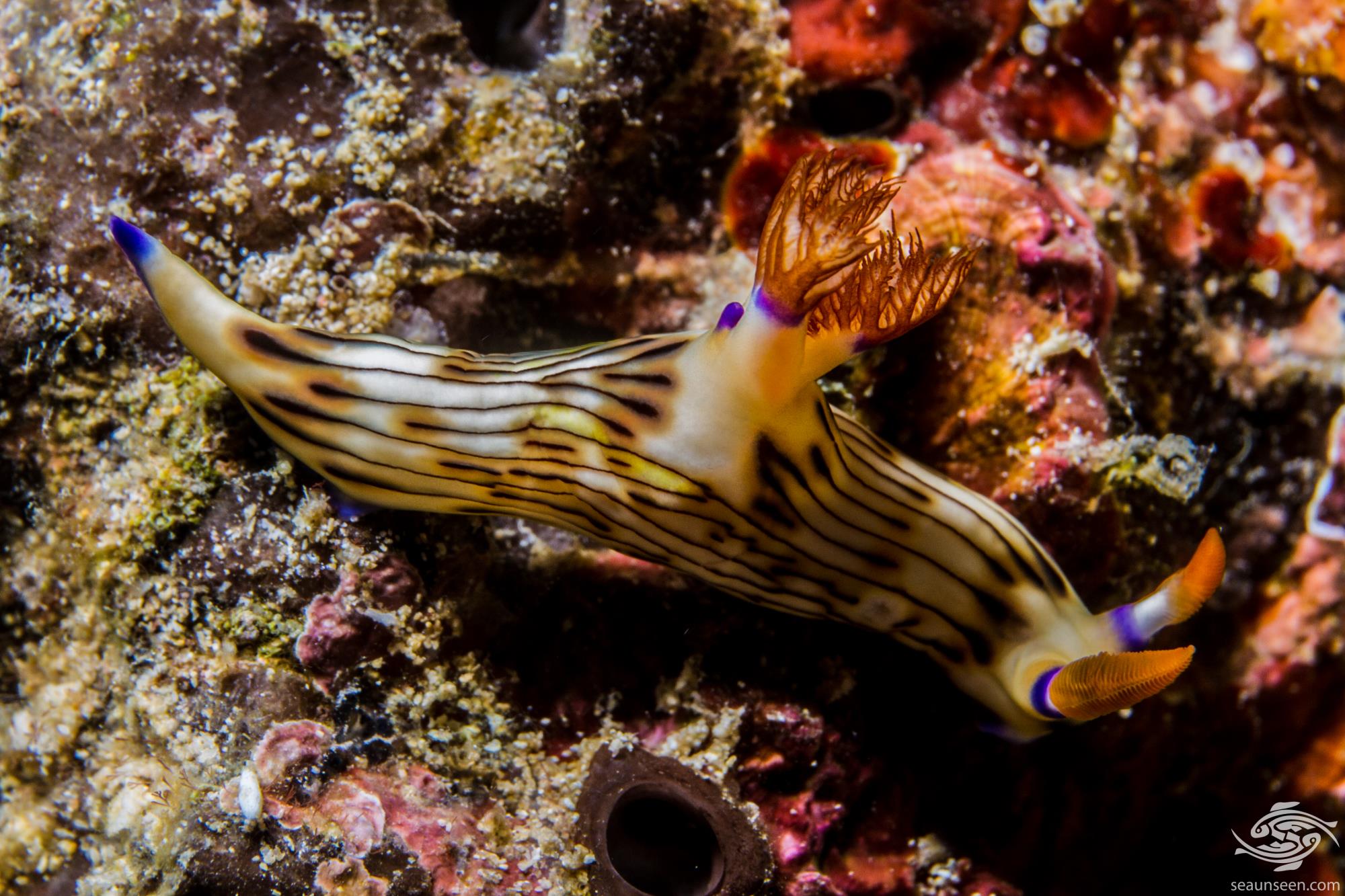 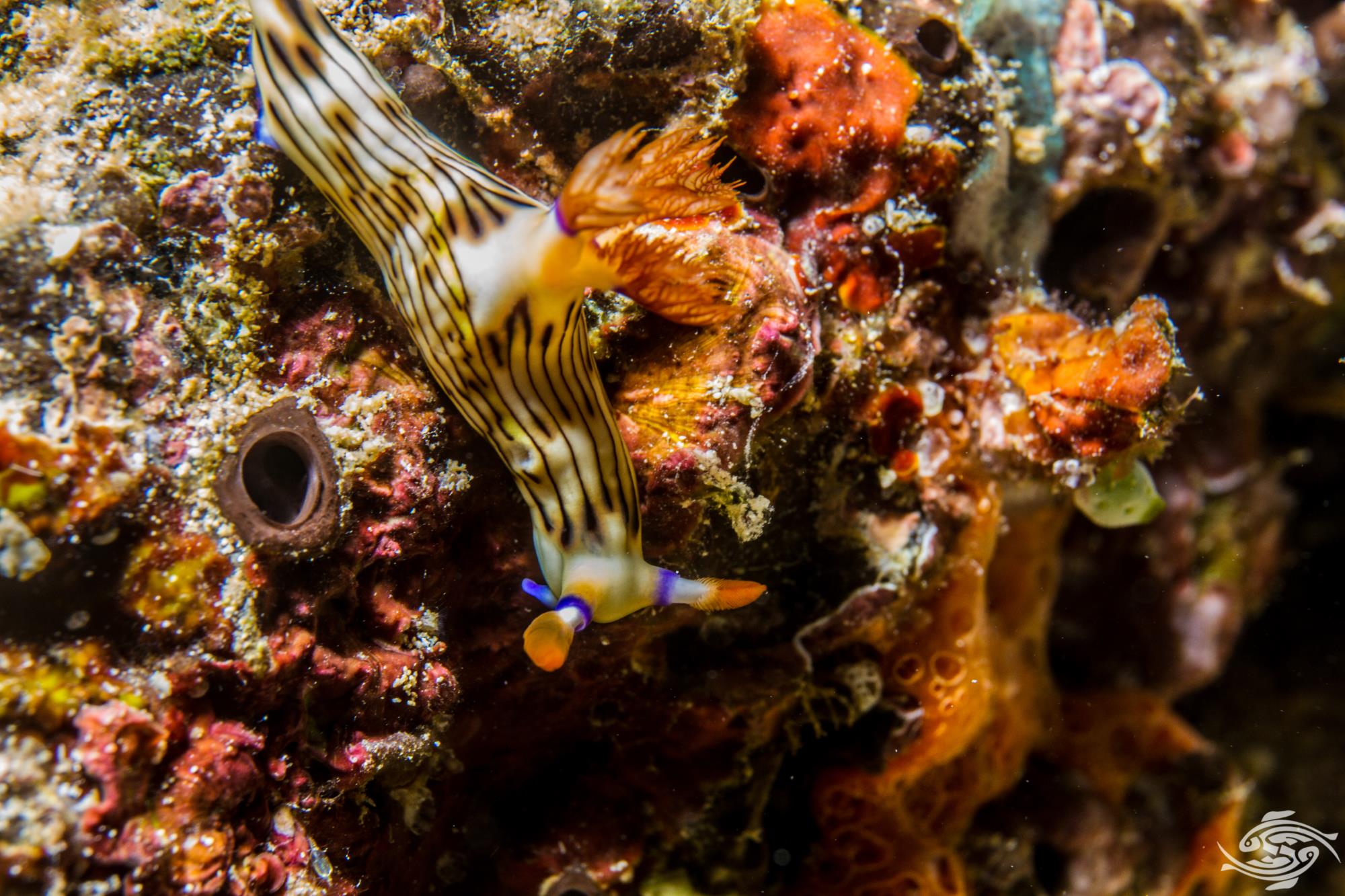 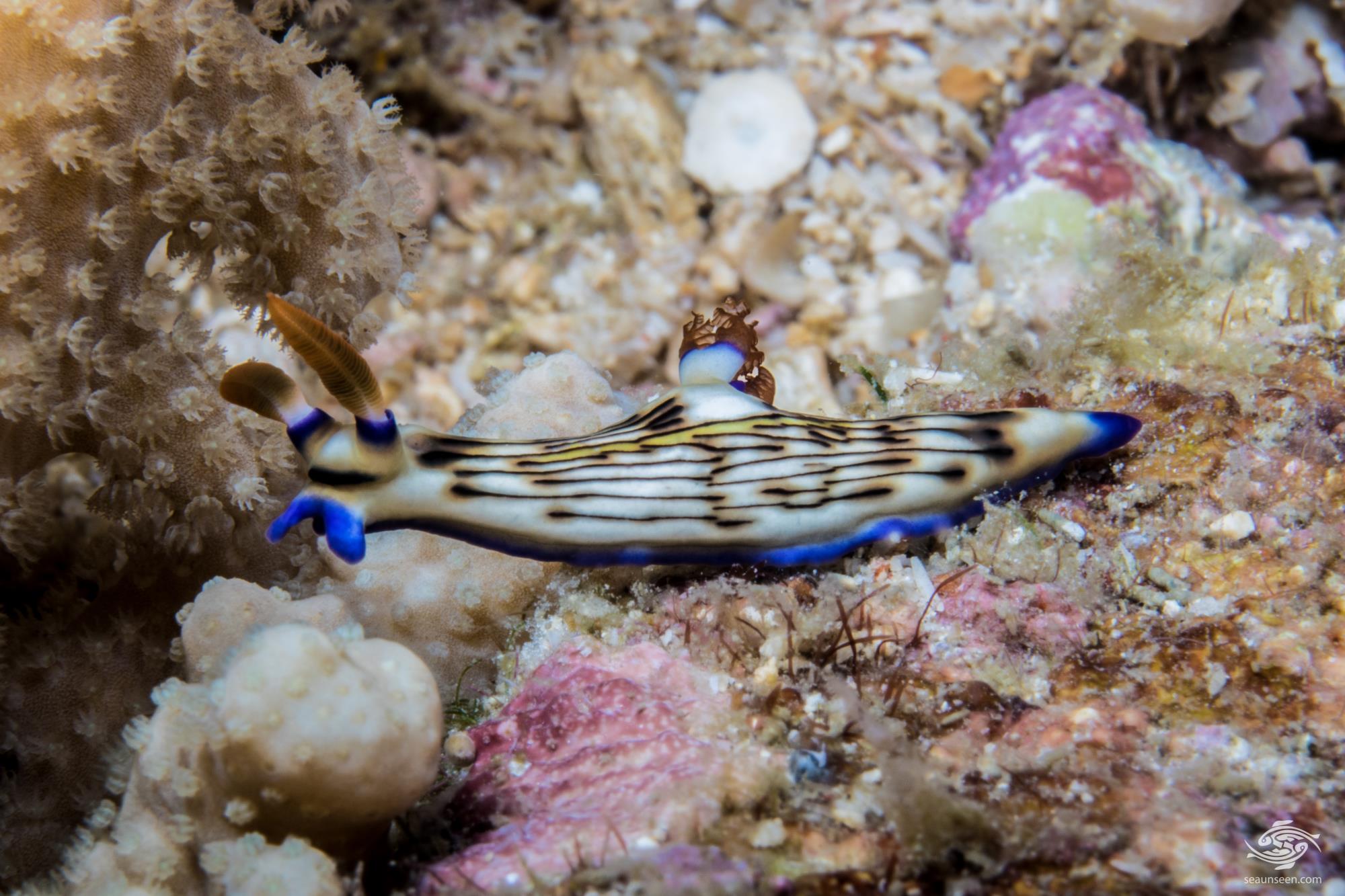