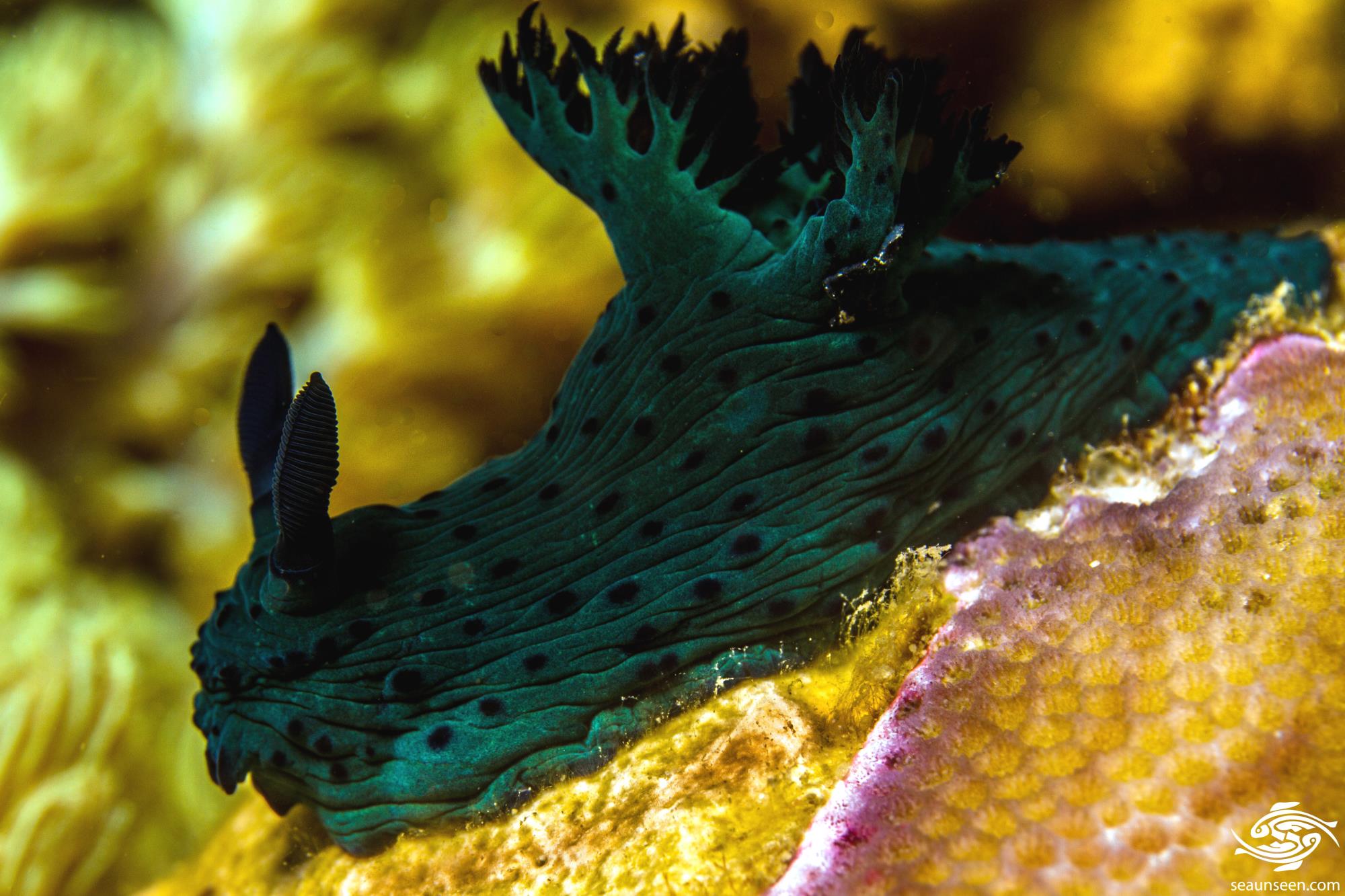 The Nembrotha milleri is fairly common in the waters around Dar es Salaam, Tanzania. They also seem common on Pemba Island, Zanzibar and Mafia Island. They are dorid nudibranchs, marine gastropod molluscs. There was previously some uncertainty as to whether the East African specimens were indeed Nembrotha milleri but Bill Rudman feels that they are.  They were described by Dave Behrens and were named after his colleague Michael Miller.

They are extremely difficult to photograph because of the dark green and black coloration which is often set against a light colored background. You will note a bit of over exposure on the lighter colors in the images but it seems unavoidable given the contrasting colors. 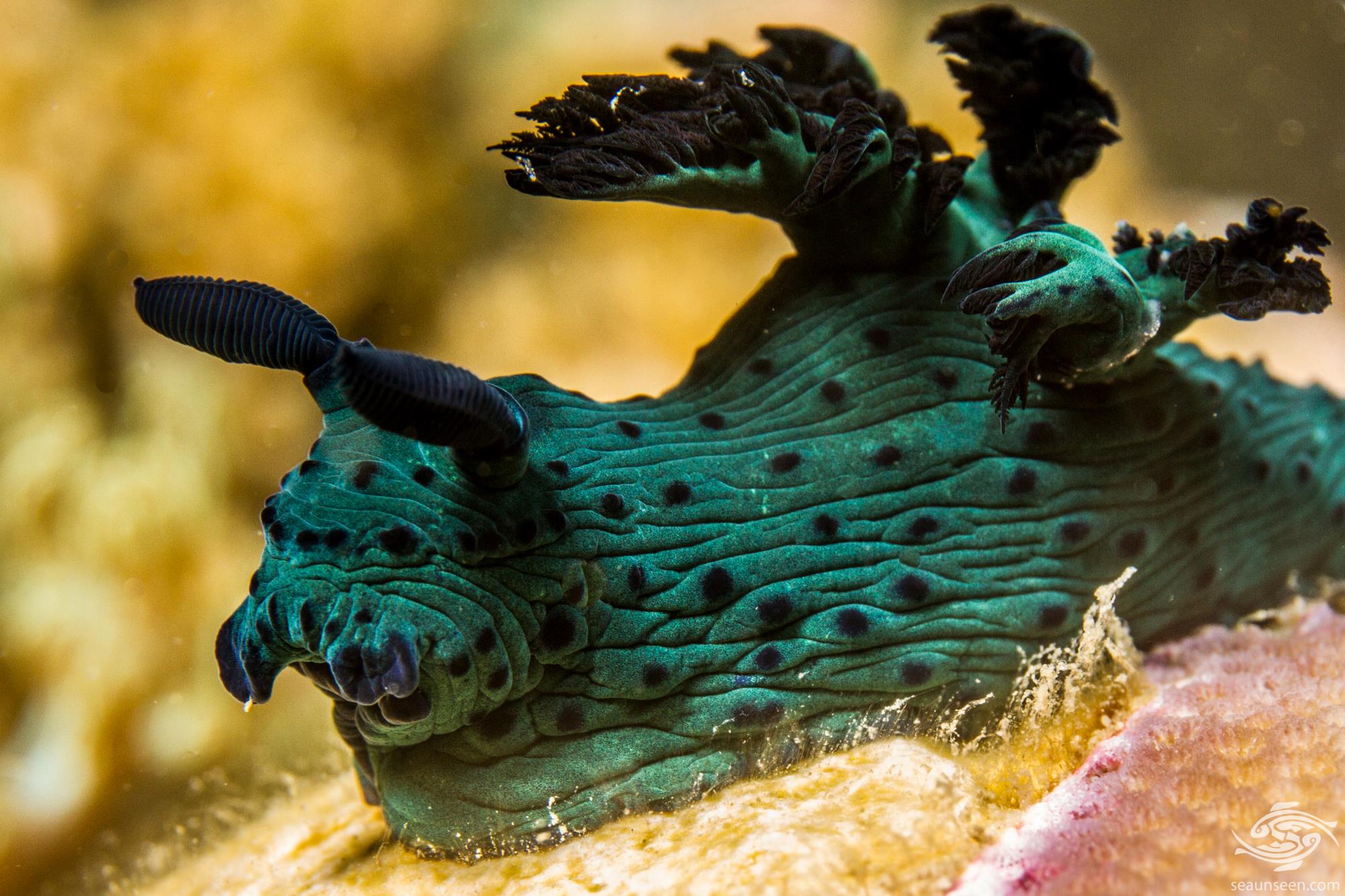 Nembrotha aurea have an elongated shape and a dark green colour with a longitudinally wrinkled skin. There are a large number of  pustules with black spots on them . These are speculated to be glands which release toxic substances. They are spaced more closely around the rhinopores possibly to provide more protection in that area. The rhinopores are green with black branches on them and the gills are similarly colored. They grow up to 60 mm in length but most are smaller in the 40 mm range. 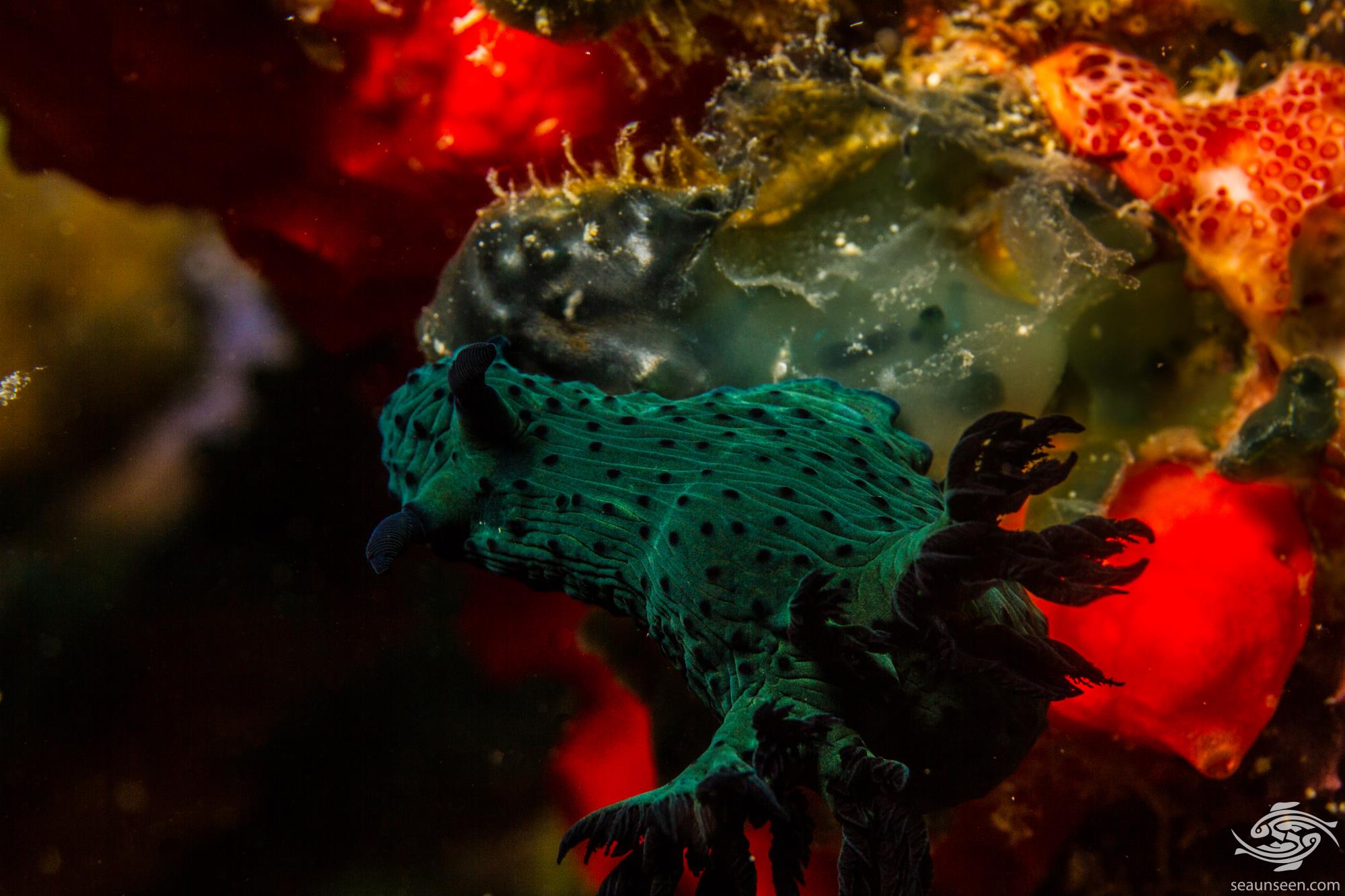 The Nembrotha milleri are usually seen on open reefs with a lot of ascidians on them. In Tanzania they seem more common between 12 to 18 meters in depth ranges. They seem to sense a diver and head for cover, probably not appreciating having lights shone on them. Compared to other nudibranchs, they seem to lose rhinopores to some type of predator as many that we see are missing either part of a rhinopore or sometimes the entire rhinopore. 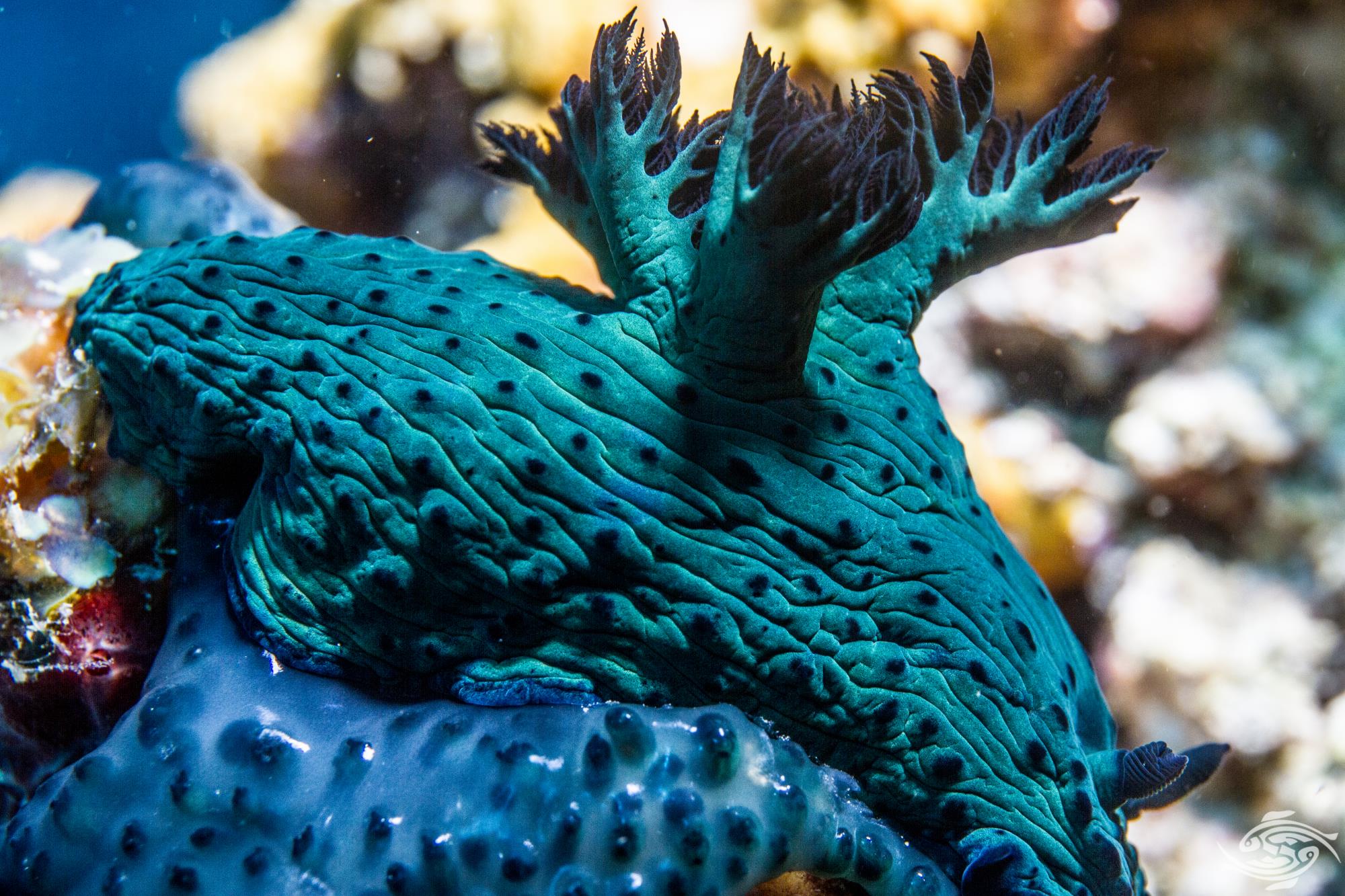 The Nembrotha milleri is found across the Indo Pacific area . They are found on rocky and coral reefs to a depth of 30 meters. 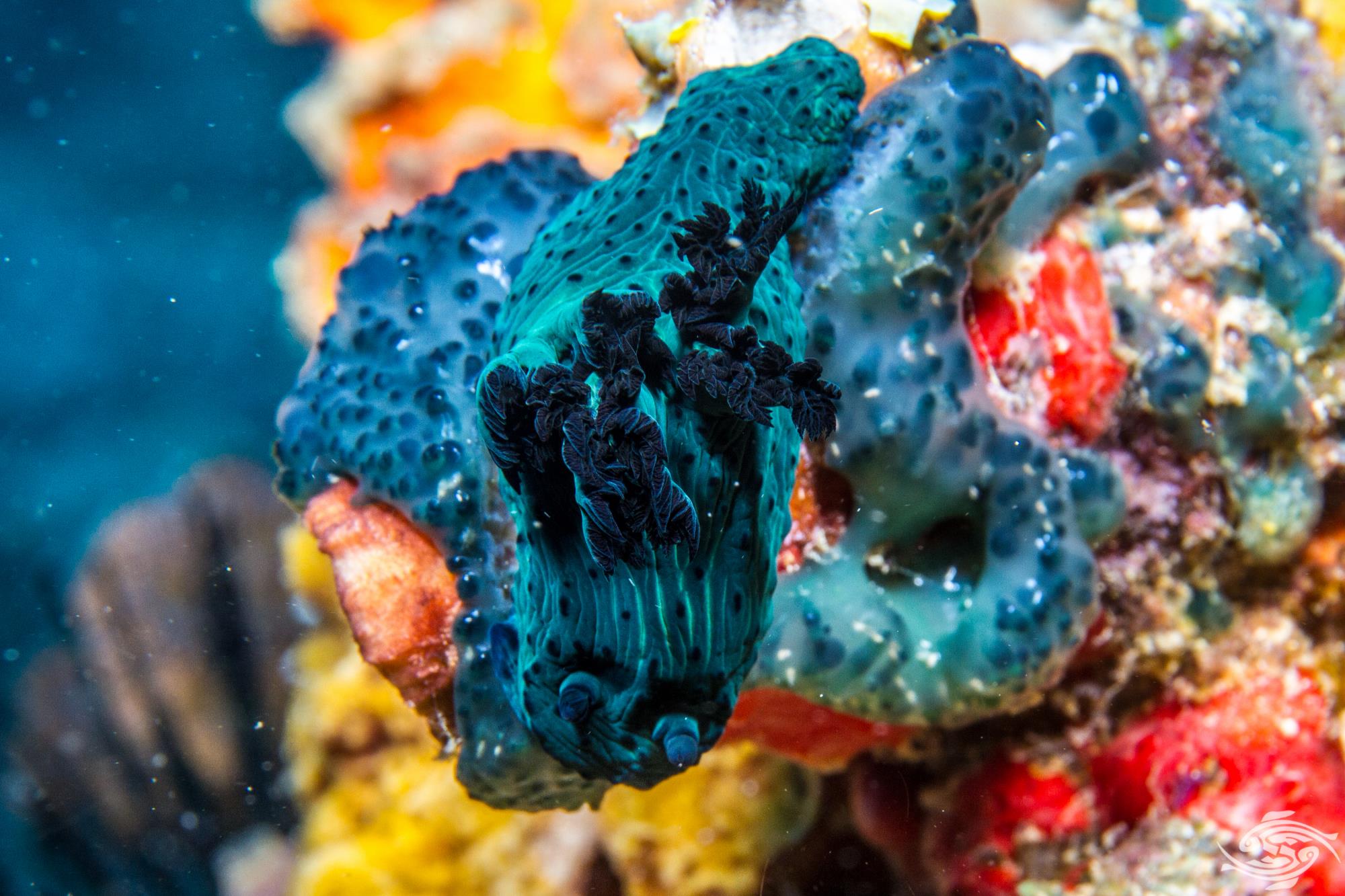 Nembrotha milleri feed on colonial sea squirts, also known as ascidians. In the images above and below a specimen can be seen feasting on an ascidian.  The ascidian may be Sigillina signifera. These images were taken around 15h00 , the following morning I went back to the same spot at 09h30 and the entire ascidian had been eaten. Nudibranchs have their teeth on their radula which is similar but not quite the same as a tongue. Food is grasped and processed by the radula and passed through the esophagus into the stomach. After digestion waste products pass through the intestine out the anus, which in dorid nudibranchs is in the middle of the gills. 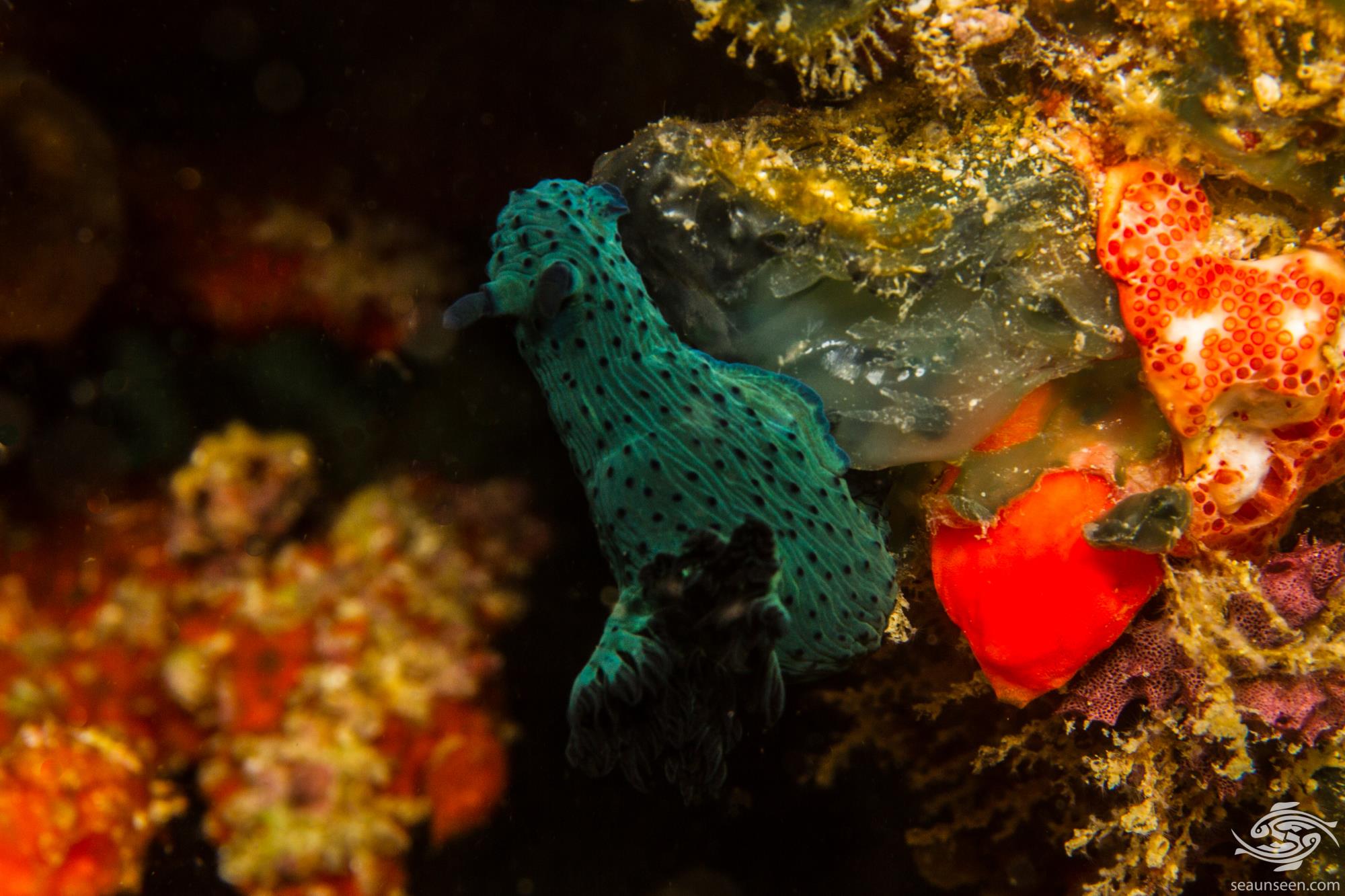 They are simultaneous hermaphrodites and mating takes place by connecting the sexual organs which are on the right hand side of the body. Once the two organs hook up sperm is transferred across to each specimen. Eggs are laid on a solid substrate in the form of a ribbon and when they hatch the larvae become planktonic before growing into adults. In the image below two Nembrotha milleri can be seen mating. These were small specimens and it was not possible to get closer. This pair were spotted at about 28 meters which is the deepest we have seen this species. 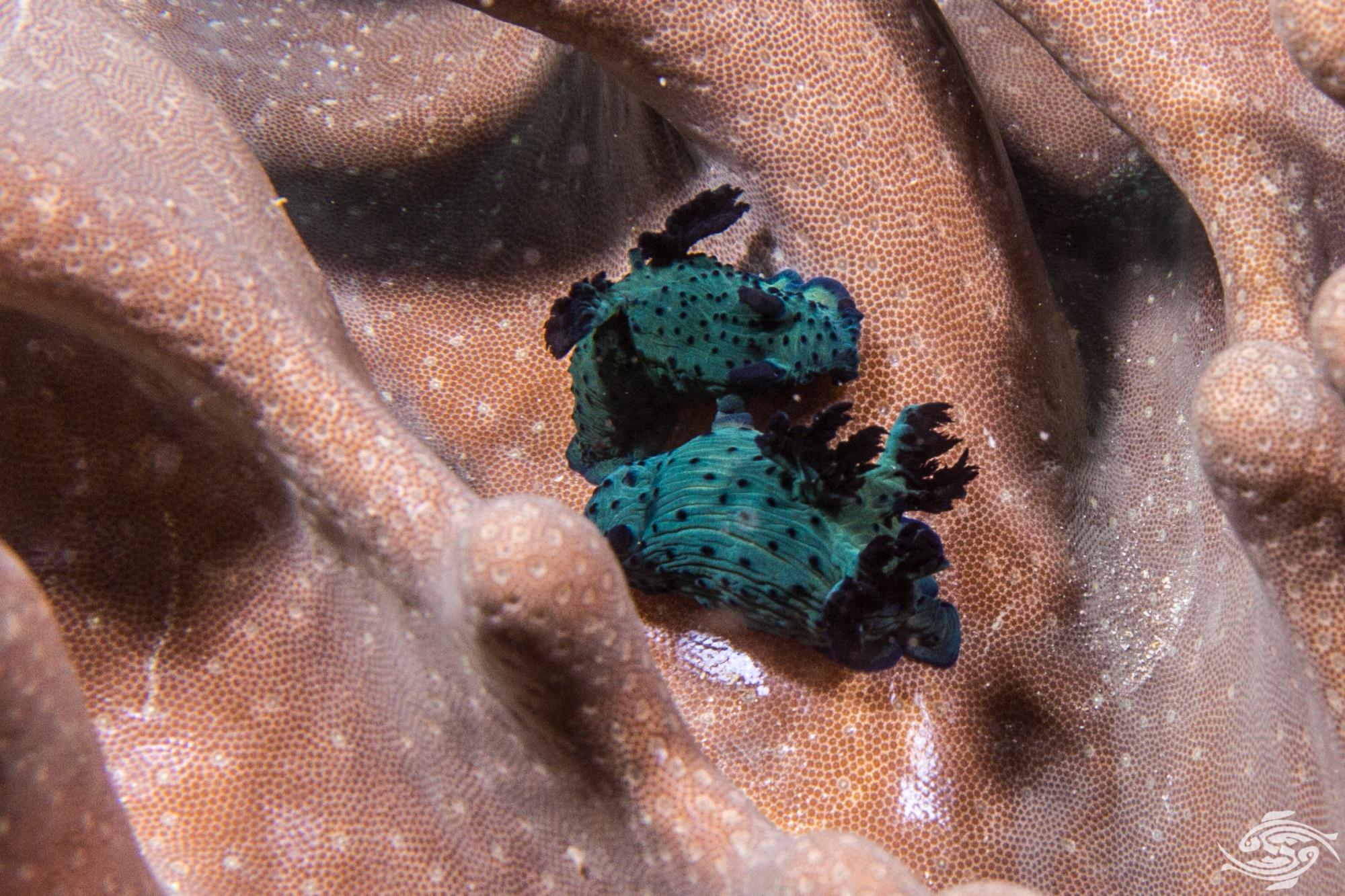 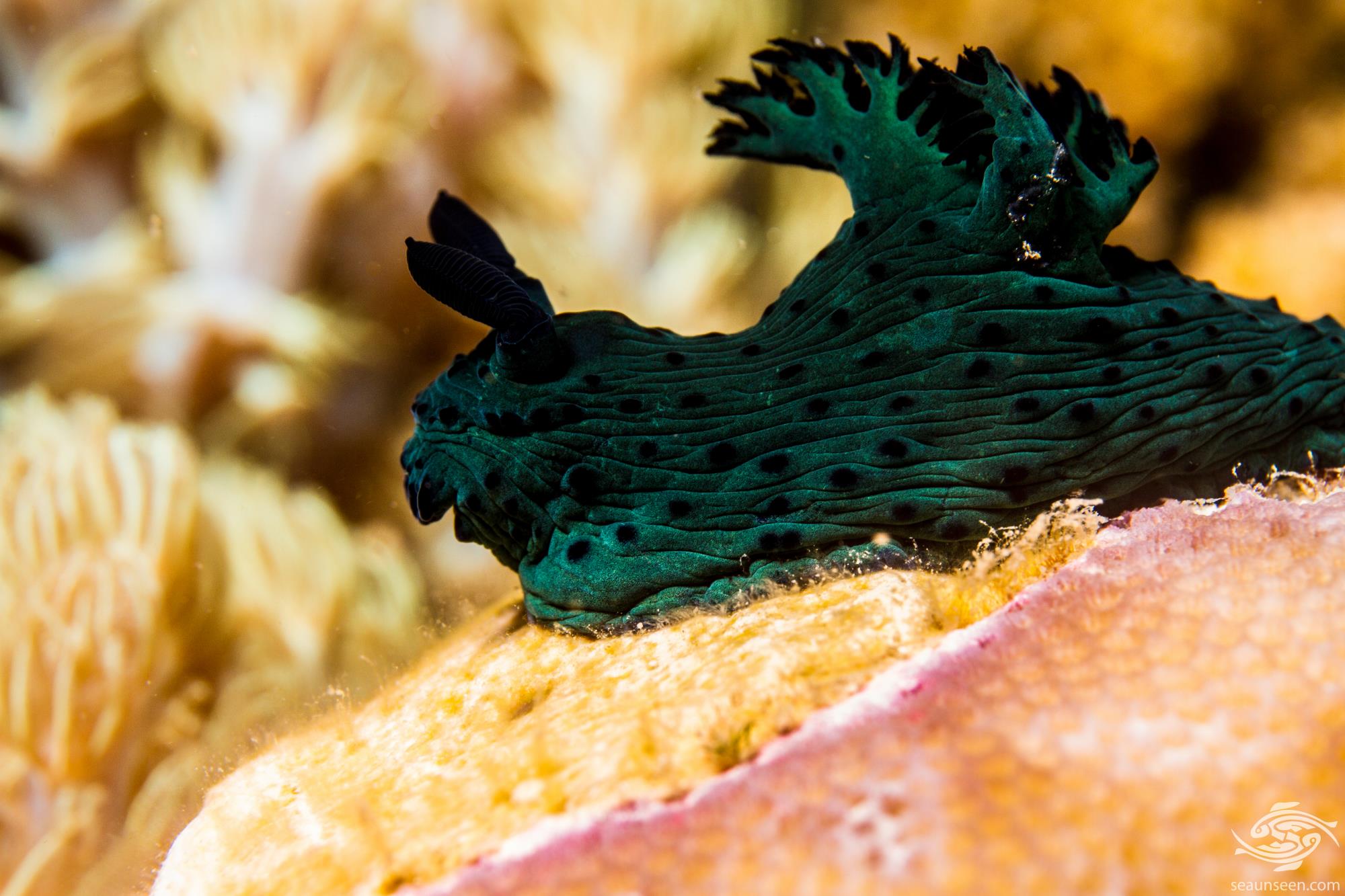