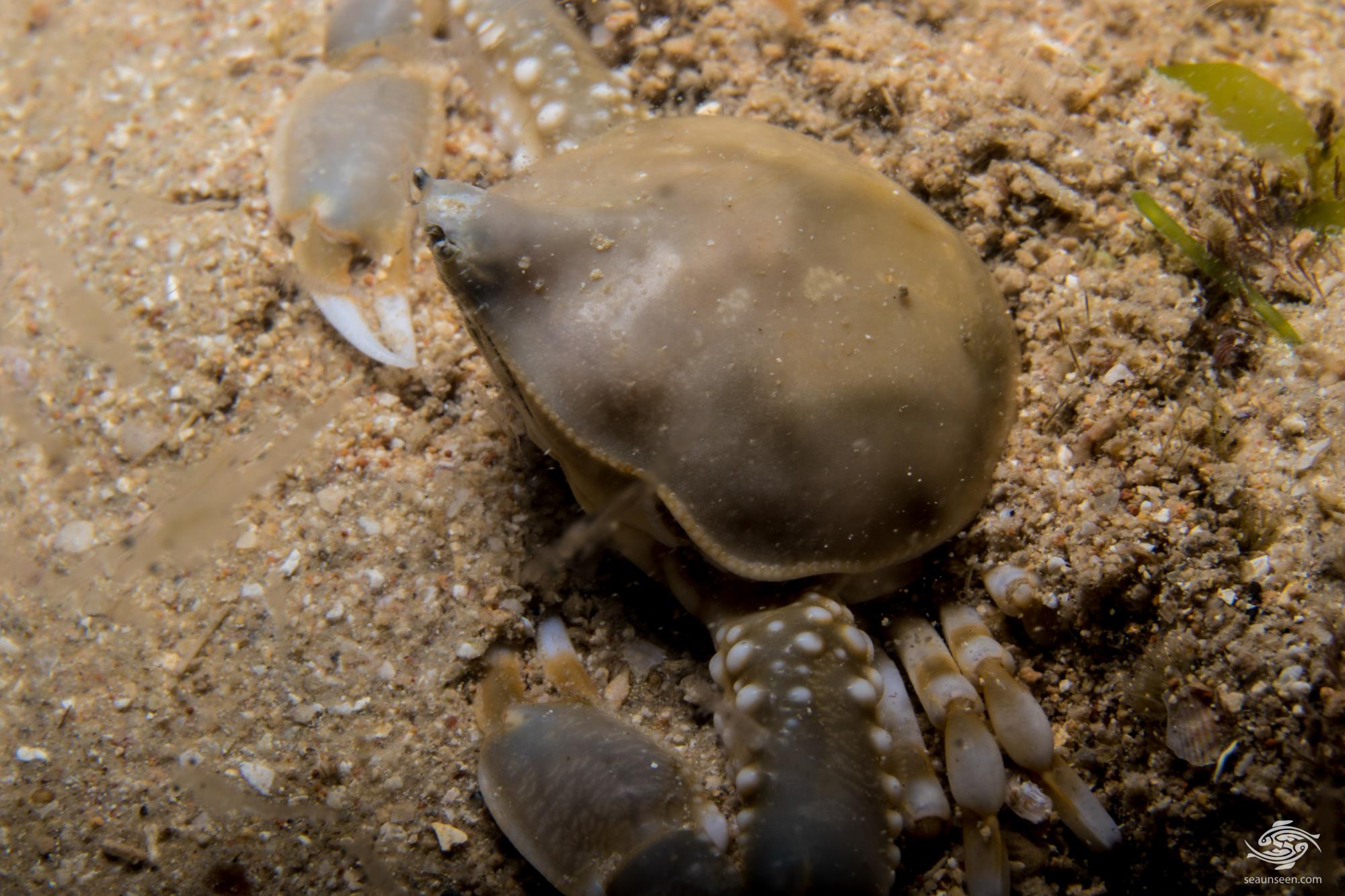 They are decapod crustaceans in the Infraorder  Brachyura, in the Leucosidae family. They are true crabs and were first described in 1896 by Alcock with the holotype being found in the Persian gulf.  Purse crabs are so named because the females have a large pouch on the rear of the abdomen that is used to carry the eggs.  Purse crabs are also known as globe crabs.

Interestingly lectins from another species of Purse Crab were found to have antiproliferative effects on lung cancer cells in an experiment carried out in Korea.

Olive Purse Crab have an olive colored globular body with mottling on the top of the carapace. There is a prominent forward facing protrusion on the front of the body. This can be clearly seen below. The eyes on short stalks as are situated on either side of the protrusion  and they have four sets of walking legs along with a set of claws. They grow to a maximum width of 3 cm. 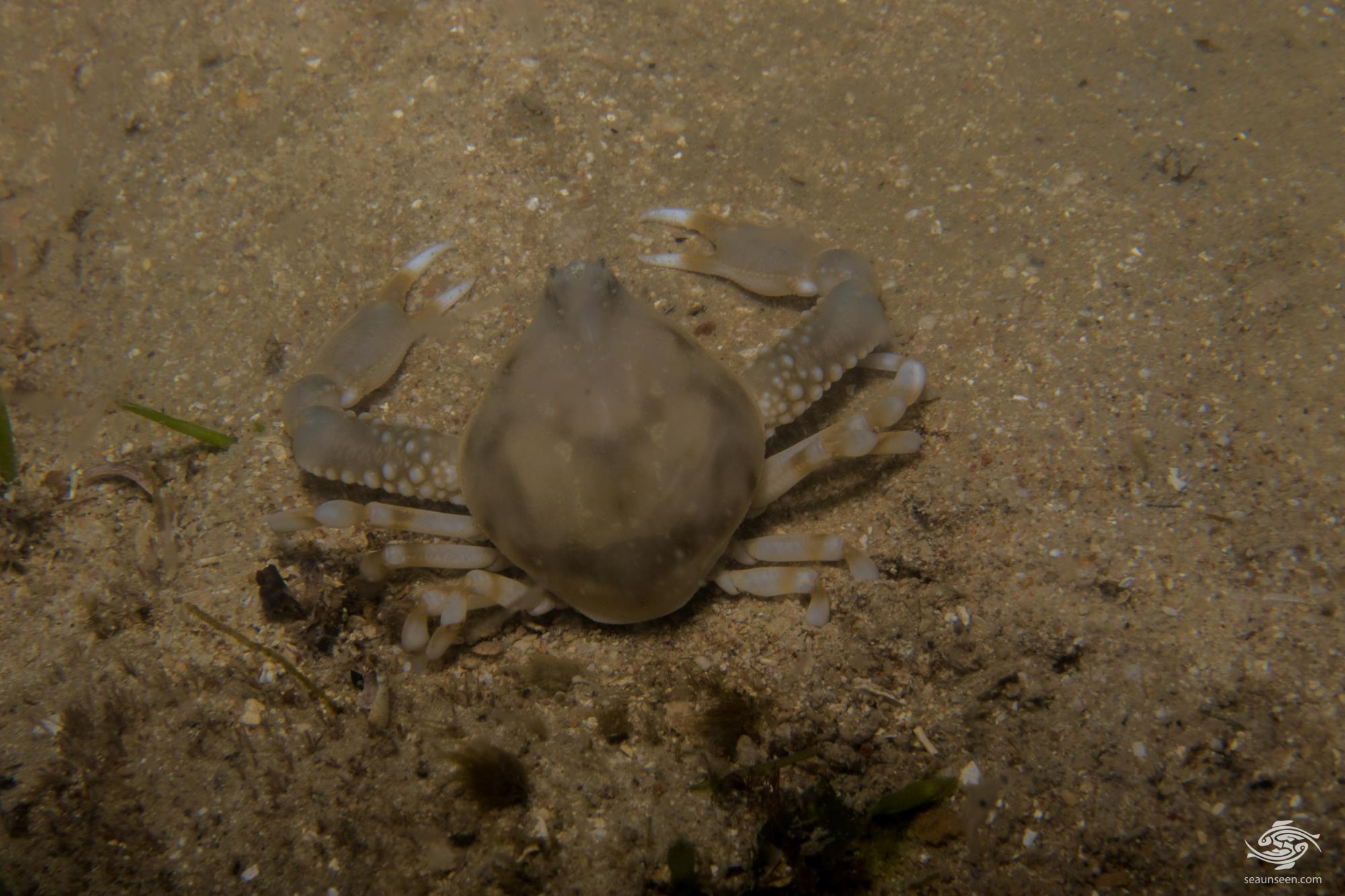 OLIVE PURSE CRAB IN THE WILD

We have only seen the Olive Purse Crab in the shallows in one to two meters of water on sandy bottoms in Tanzania. They are uncomfortable with lights on them and usually dig backwards into the sand leaving initially only the eyes protruding. If one leaves the lights on them for long enough they will dig right under. 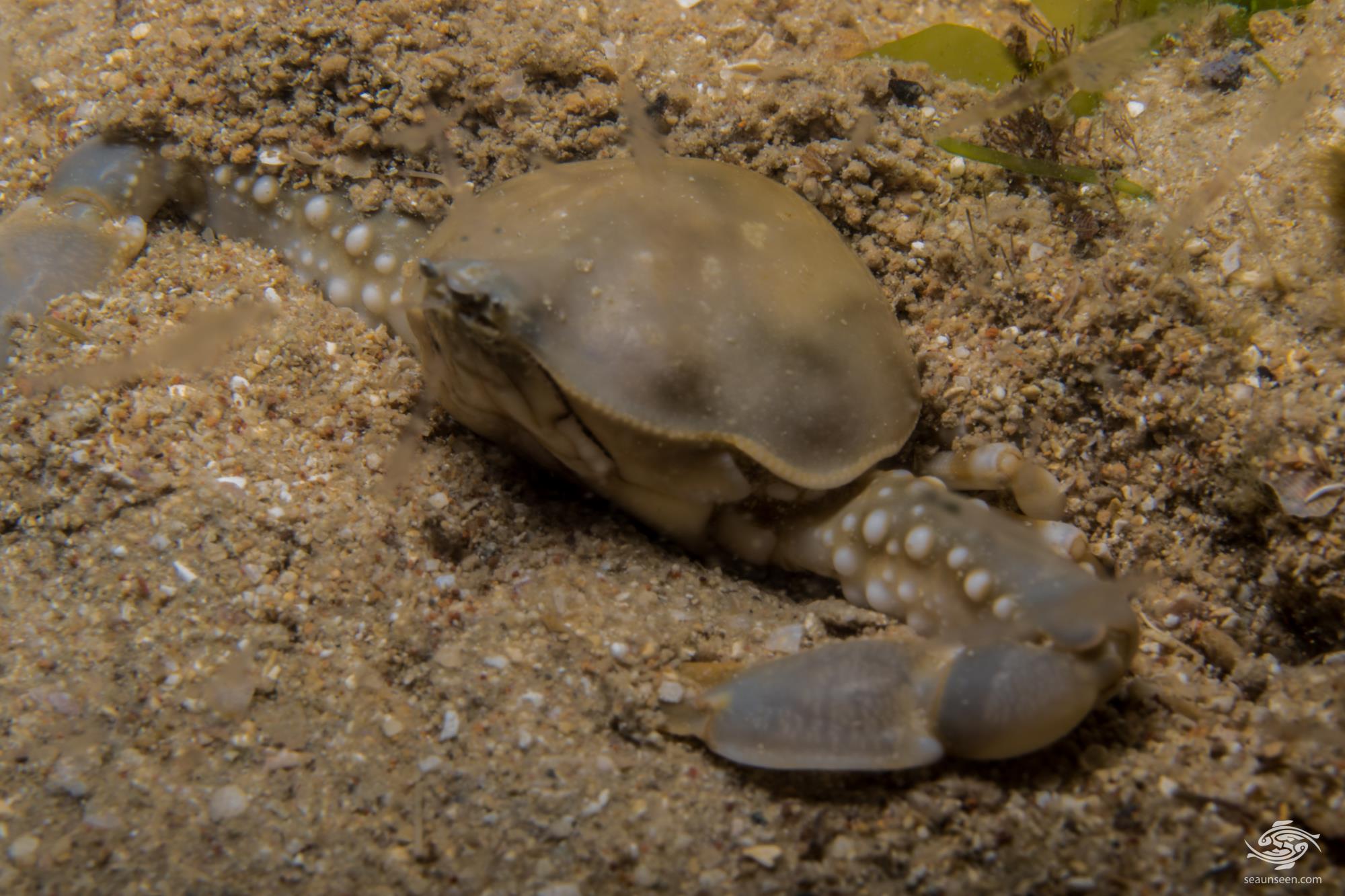 The Olive Purse Crabs are found on shallow sandy bottoms across the Indo Pacific area. 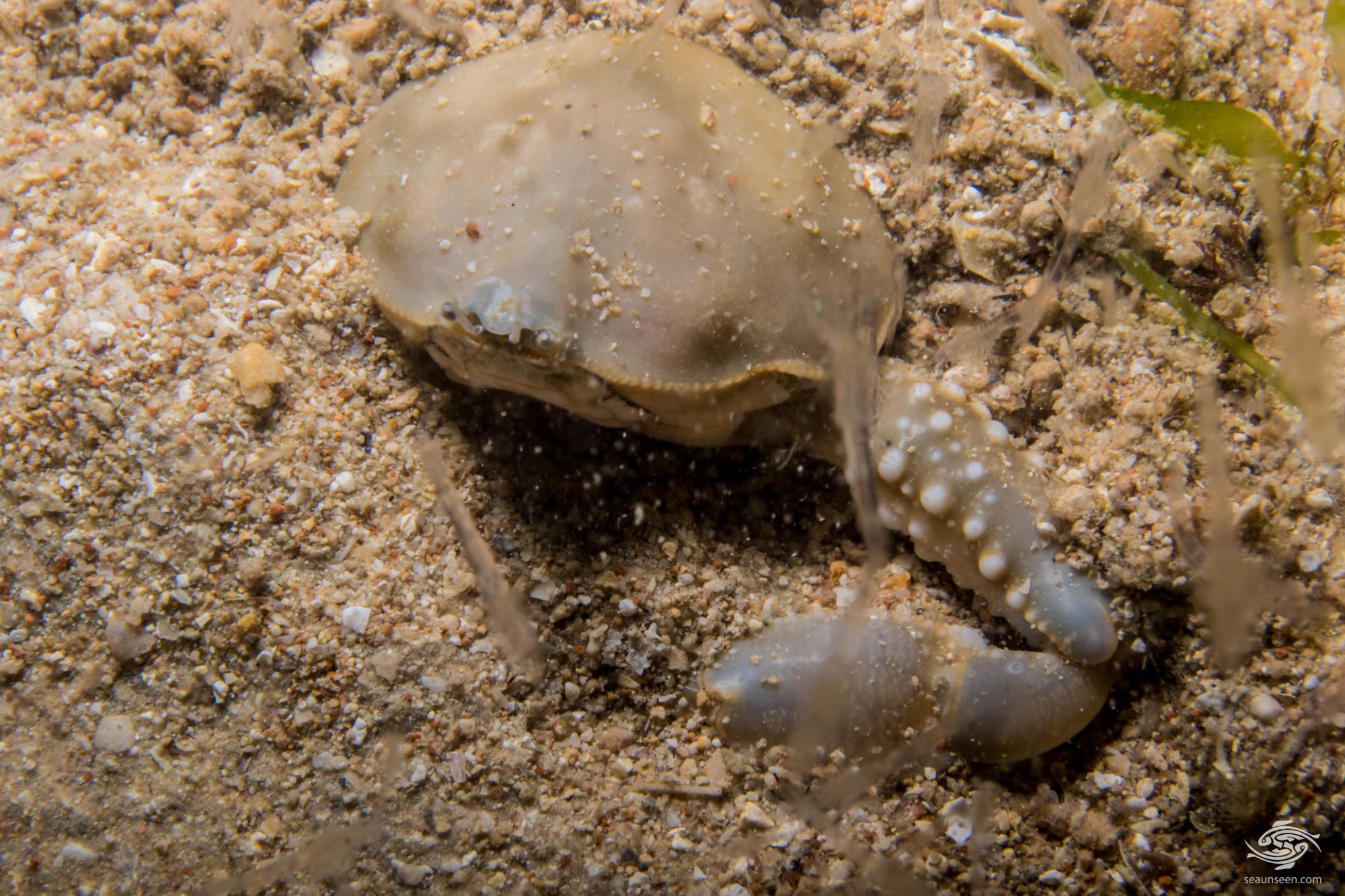 There seems little if any information on their diet and presumably they will eat small invertebrates and organic matter. They are presumed to be nocturnal feeders as we only see them at night. 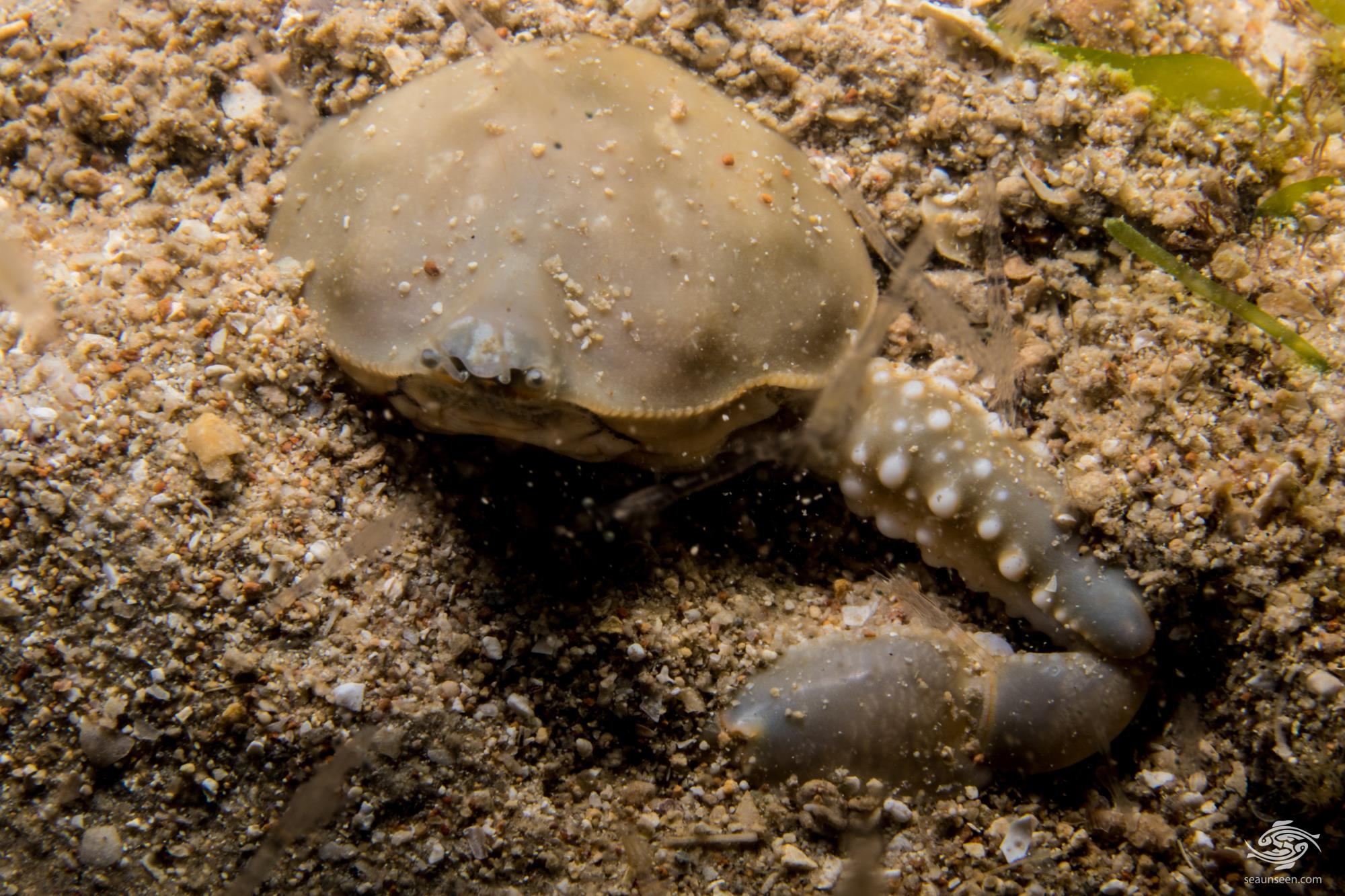 As with most crustaceans, the eggs are fertilised by the male and are then carried under the body of the female in the specialized purse. Once they hatch the larvae go through a planktonic stage before settling down and growing into their adult form. 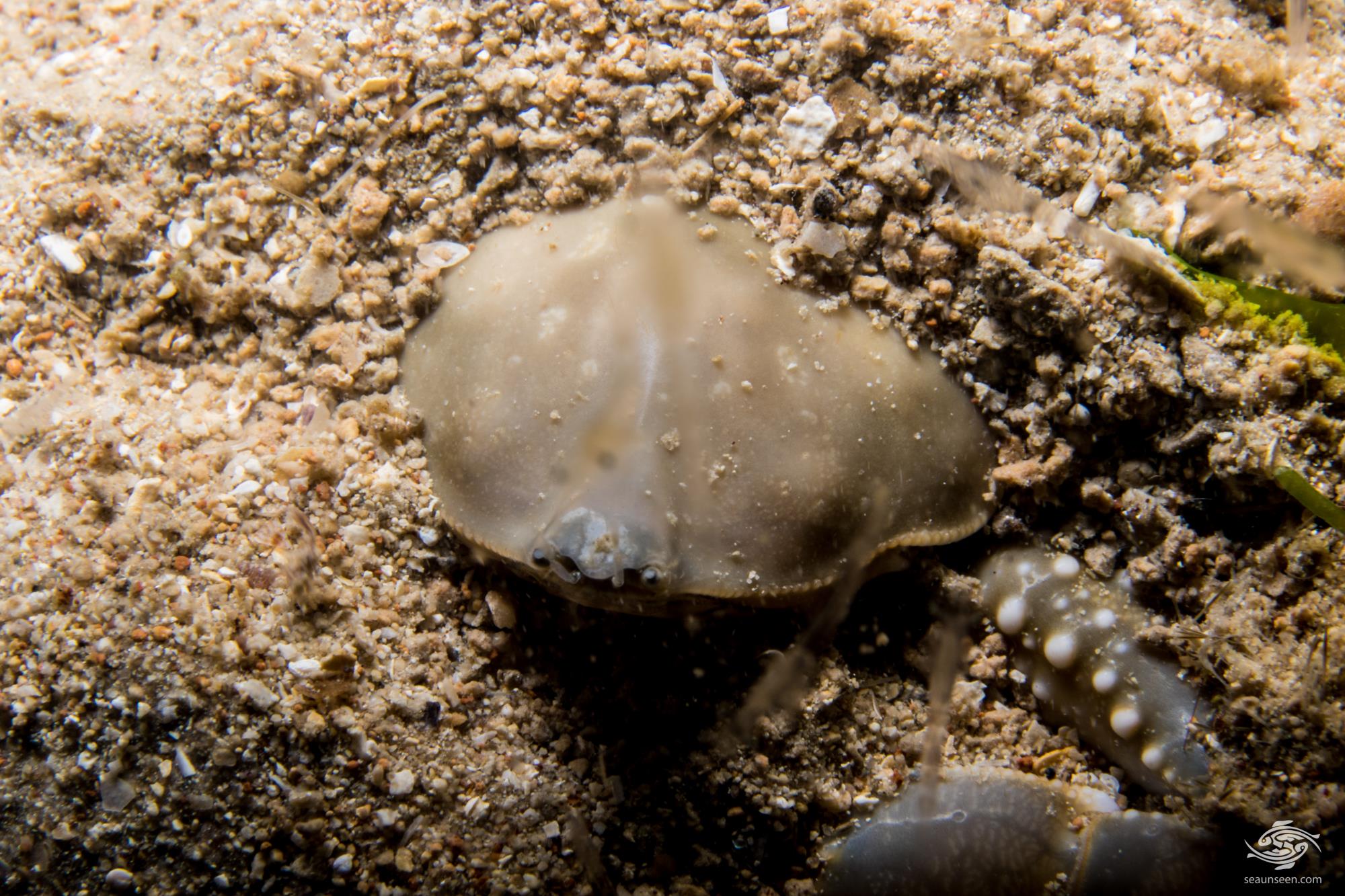 Because they are small, some species of Purse crab are kept by specialised aquarists.

There seems to be little literature on this species.