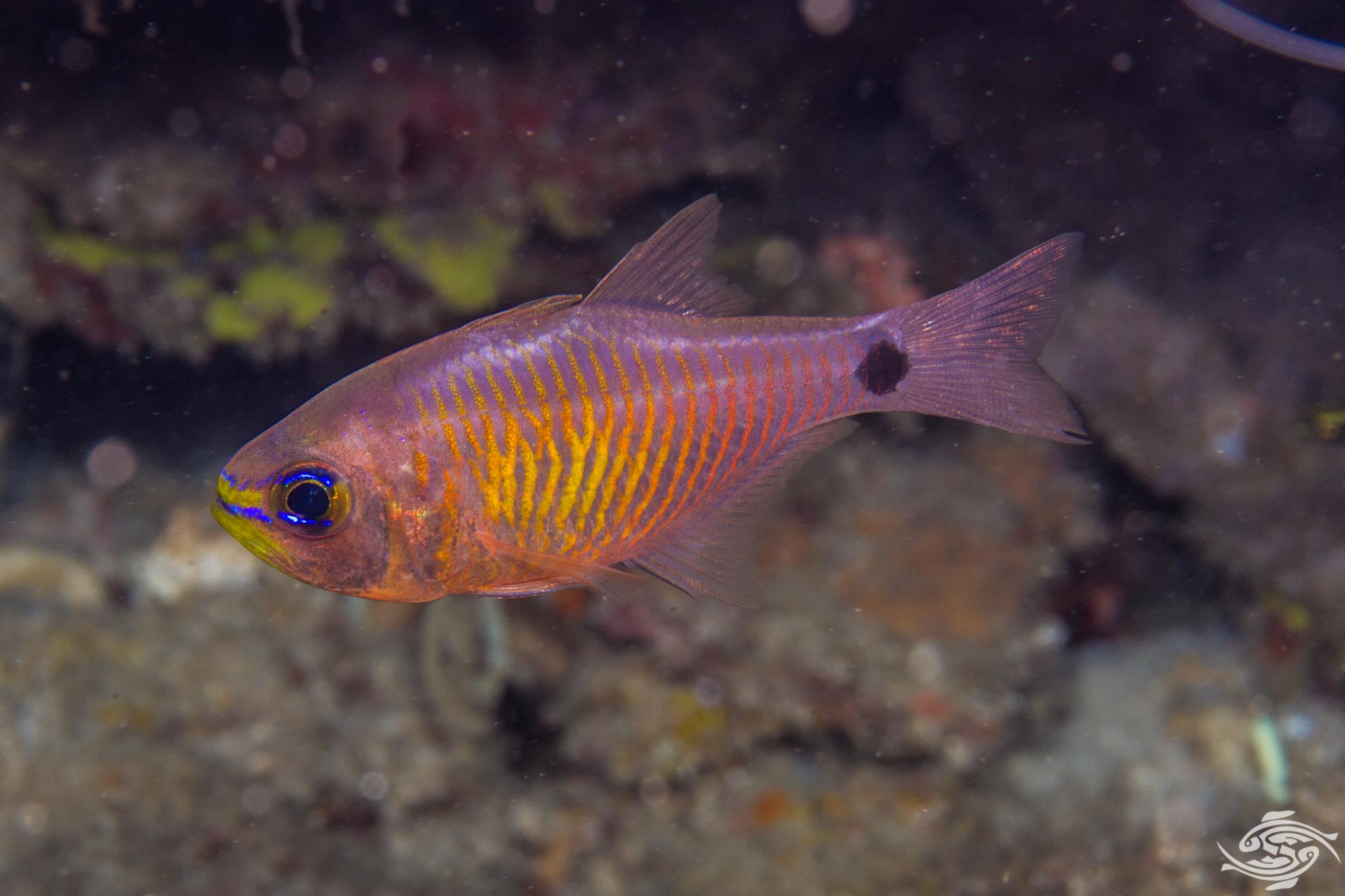 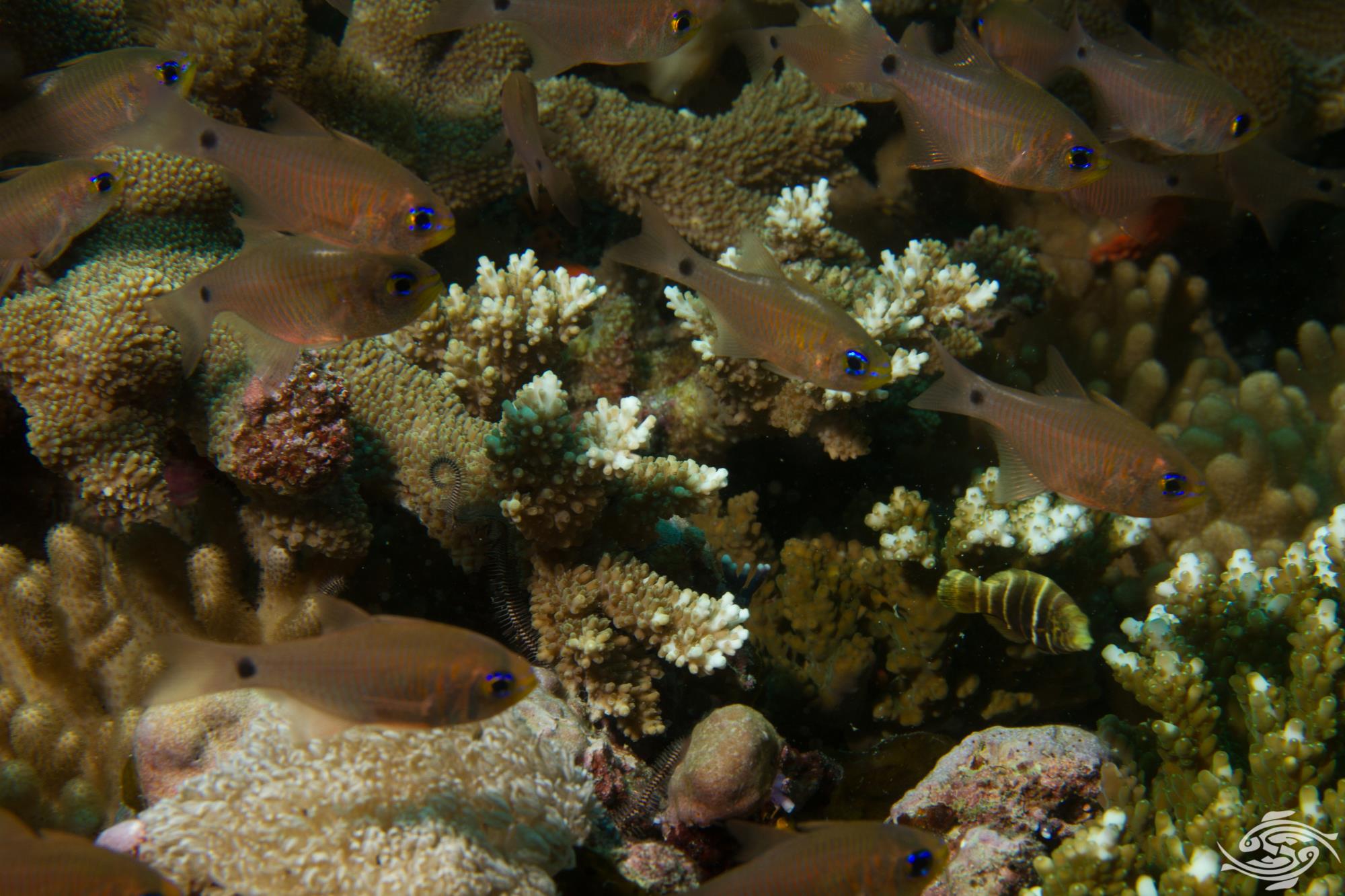 The body of the Orangelined Cardinalfish is a pinky grey translucent to silver colour depending on the angle one views it from. There are a series of vertical orange lines  running down the body. In the caudal area there is a black dot and there are two blue lines that run across the face onto the top and bottom of the eye. When the light catches them the right way they can be quite attractive looking. They grow up to 8cm in length although they are usually slightly smaller. 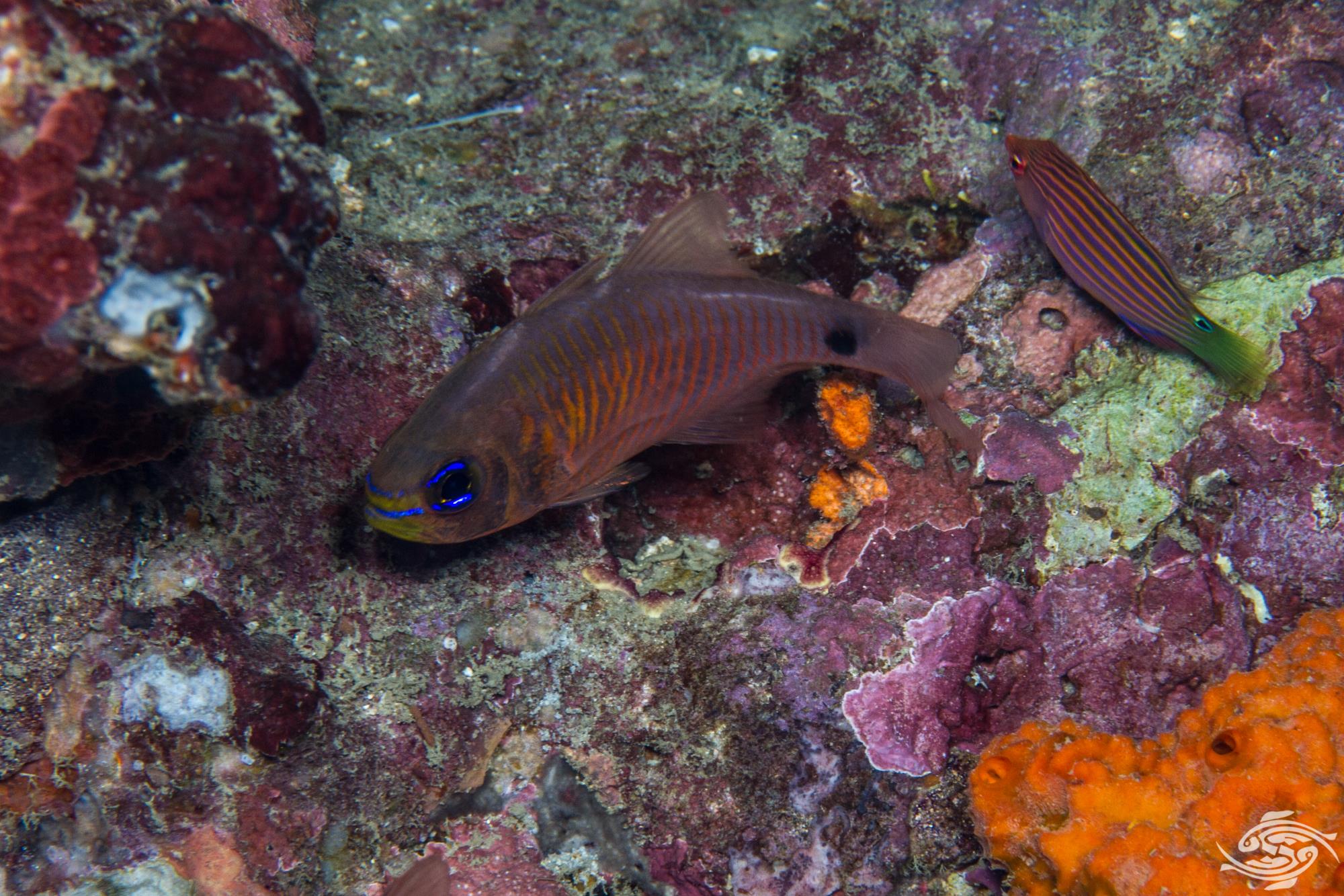 ORANGELINED CARDINALFISH IN THE WILD

The Orangelined Cardinalfish is fairly common in Tanzanian waters. During the day they are usually seen in large groups under overhangs or in caves. Occasionally they are seen in branching corals. At night they are normally always seen solitary. 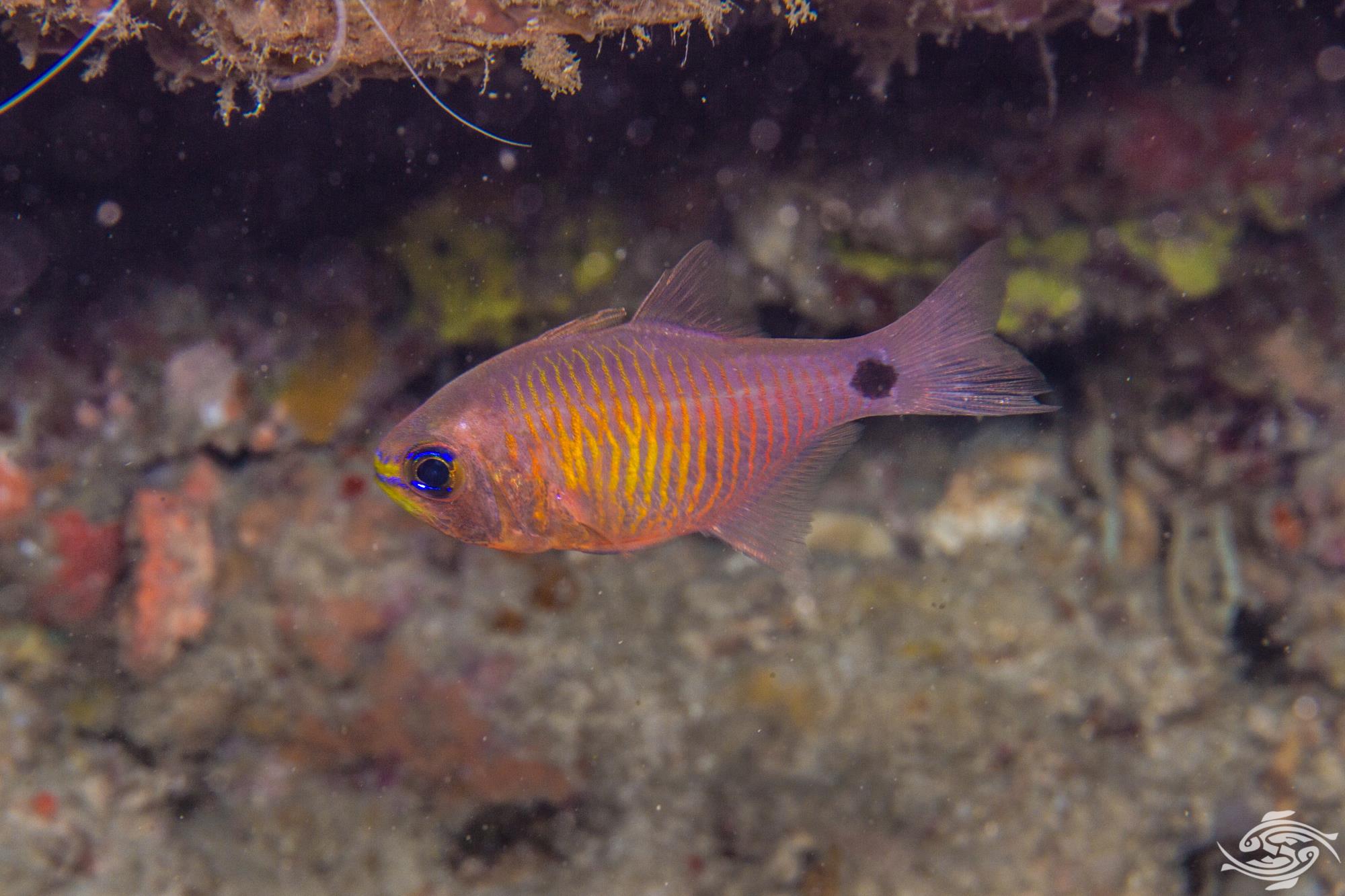 The Orangelined Cardinalfish is found across the Indian ocean and in the west Pacific. They are found between depths of 2-60 meters. 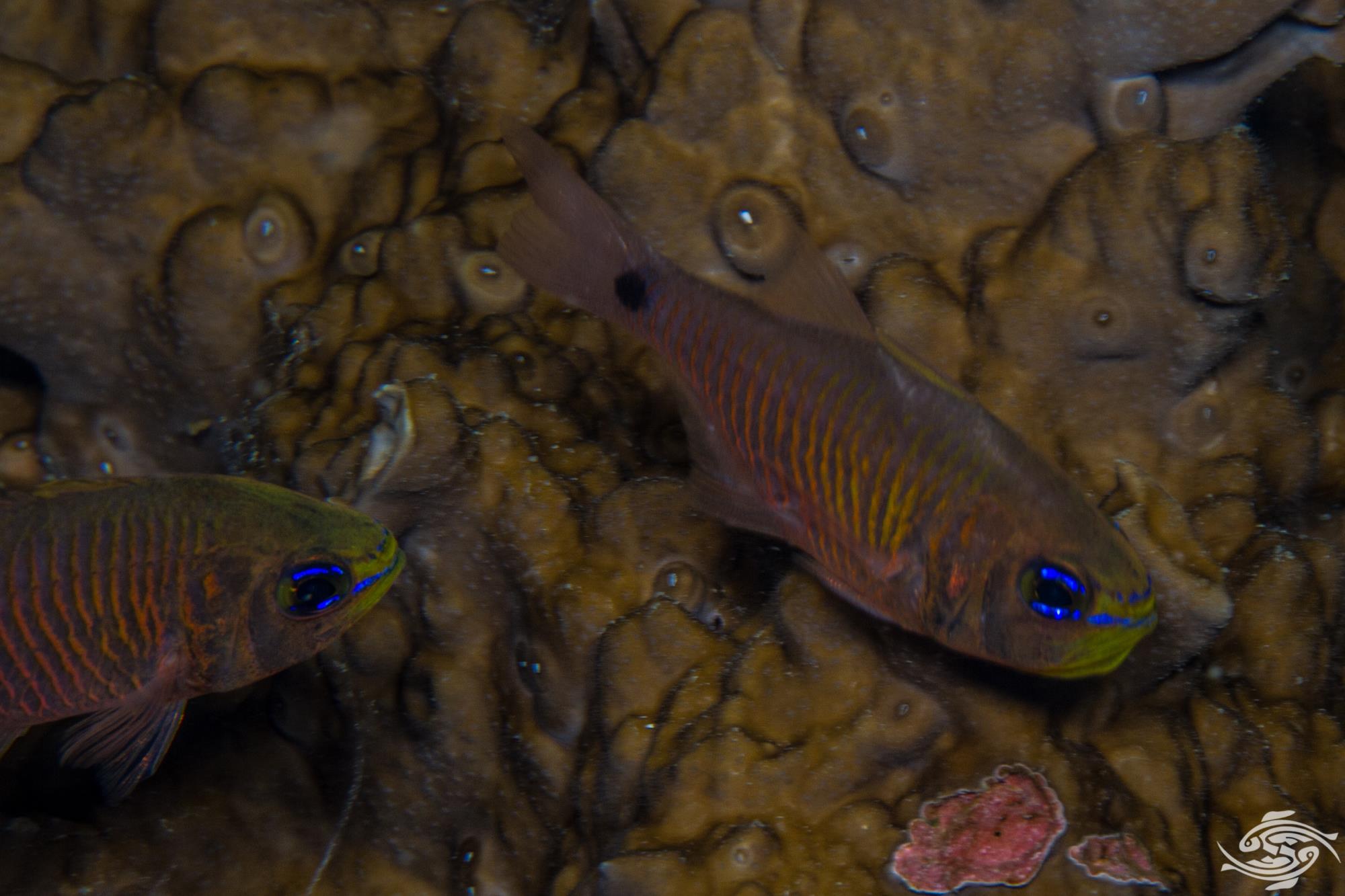 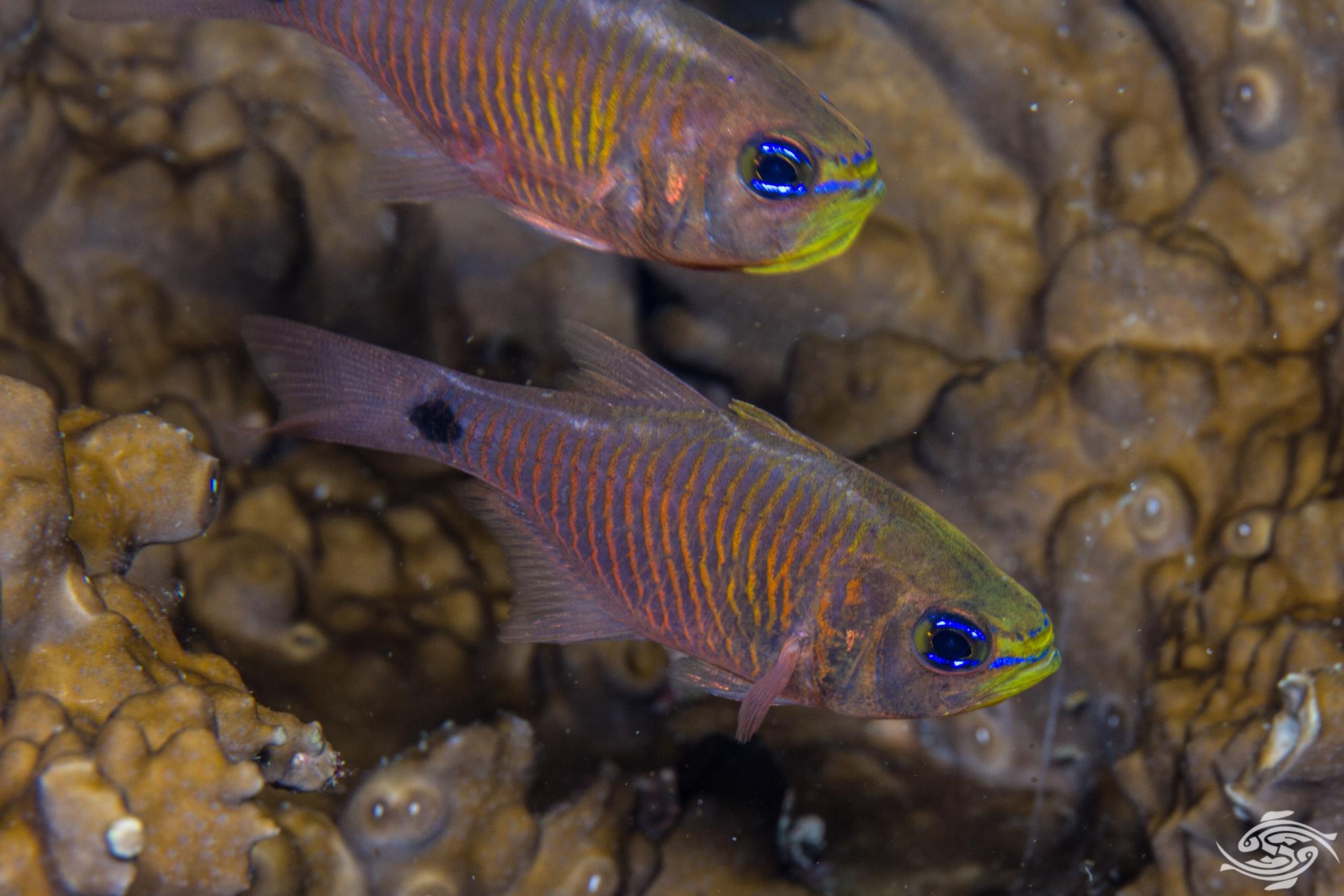 During breeding pairs are formed and after performing a mating dance, the eggs are laid by the female and fertilized by the male. The male then collects the fertilized eggs and carries the eggs in his mouth. Until they hatch the male cannot feed. Towards the end of the incubation period the males become quite skinny making the protruding mouth more noticeable. This can result in cannibalism with the male eating some of the eggs. In the two images above males can be seen with swollen mouths indicating they have eggs in their mouth. From our observations Cardinalfish seem to mate at night on the full moon. 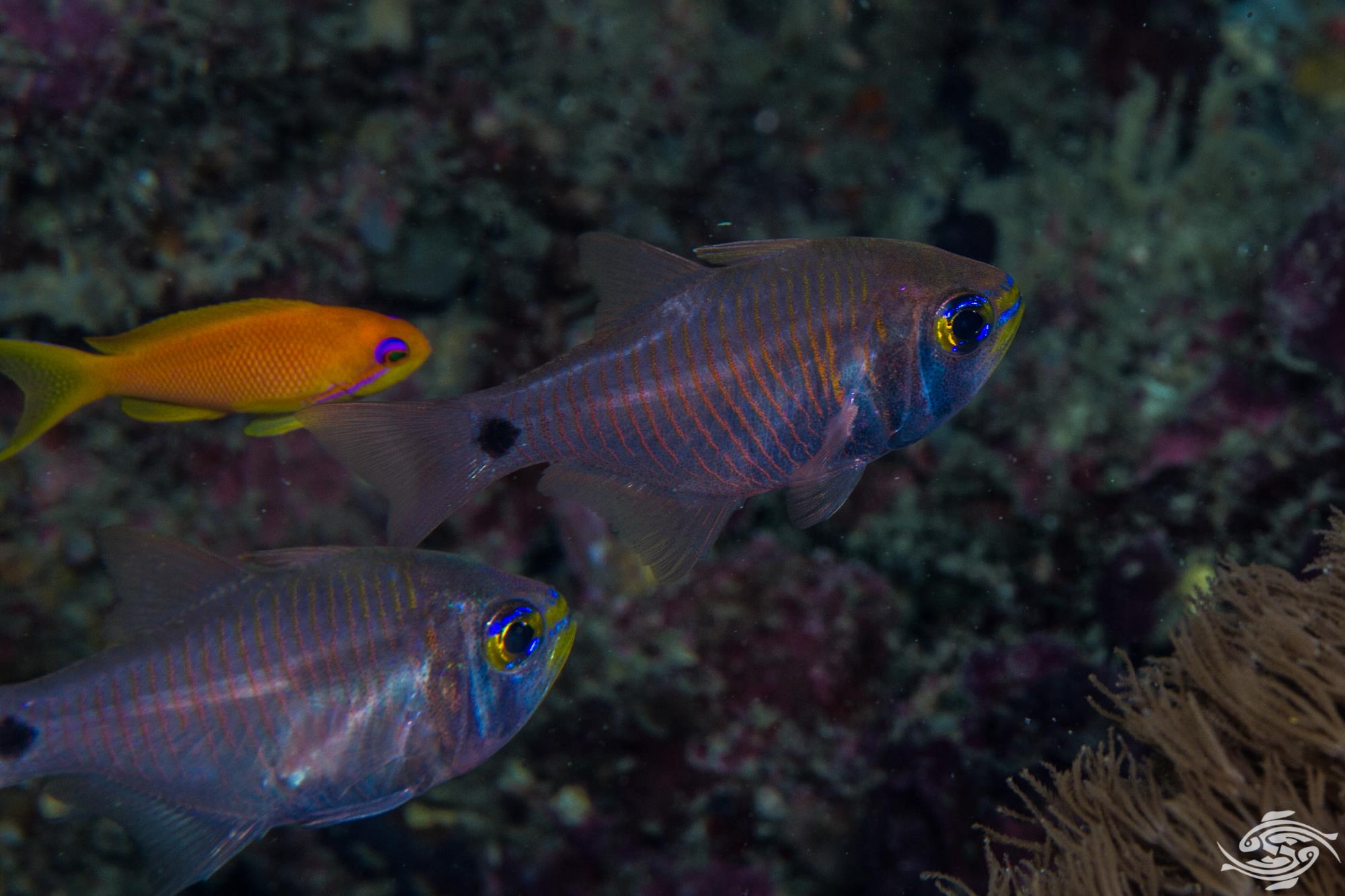 Orangelined Cardinalfish are not commonly kept in aquariums but they are peaceful hardy fish. Some cardinalfish have been bred in captivity by breeders such as Orafarm. Purchasing captive bred fish takes the pressure off of wild populations and if one can do so one should. A small shoal of these fish would look quite attractive under the right lights.
READ OUR OTHER POSTS ON CARDINALFISH HERE