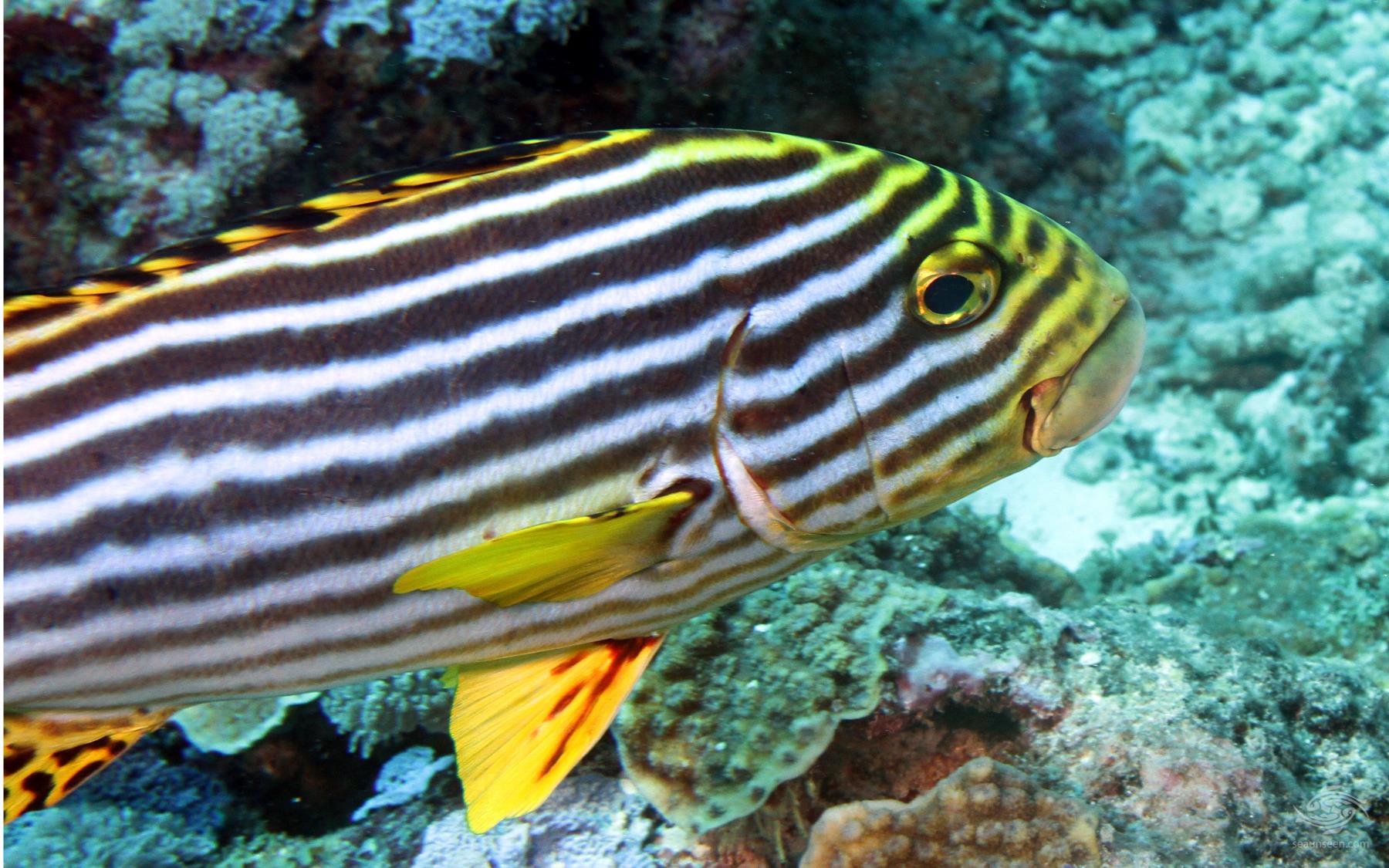 The oriental sweetlips Plectorhinchus vittatus, also known as the Indian Ocean oriental sweetlips , is a species of grunt. Closely related to the snappers, grunts have smaller mouths and teeth and thicker fleshy lips hence the name sweetlips.

They may also grind their teeth together when caught, emitting a grunting sound, hence the name grunt. The oriental sweetlips is a common fish on the east African coast. 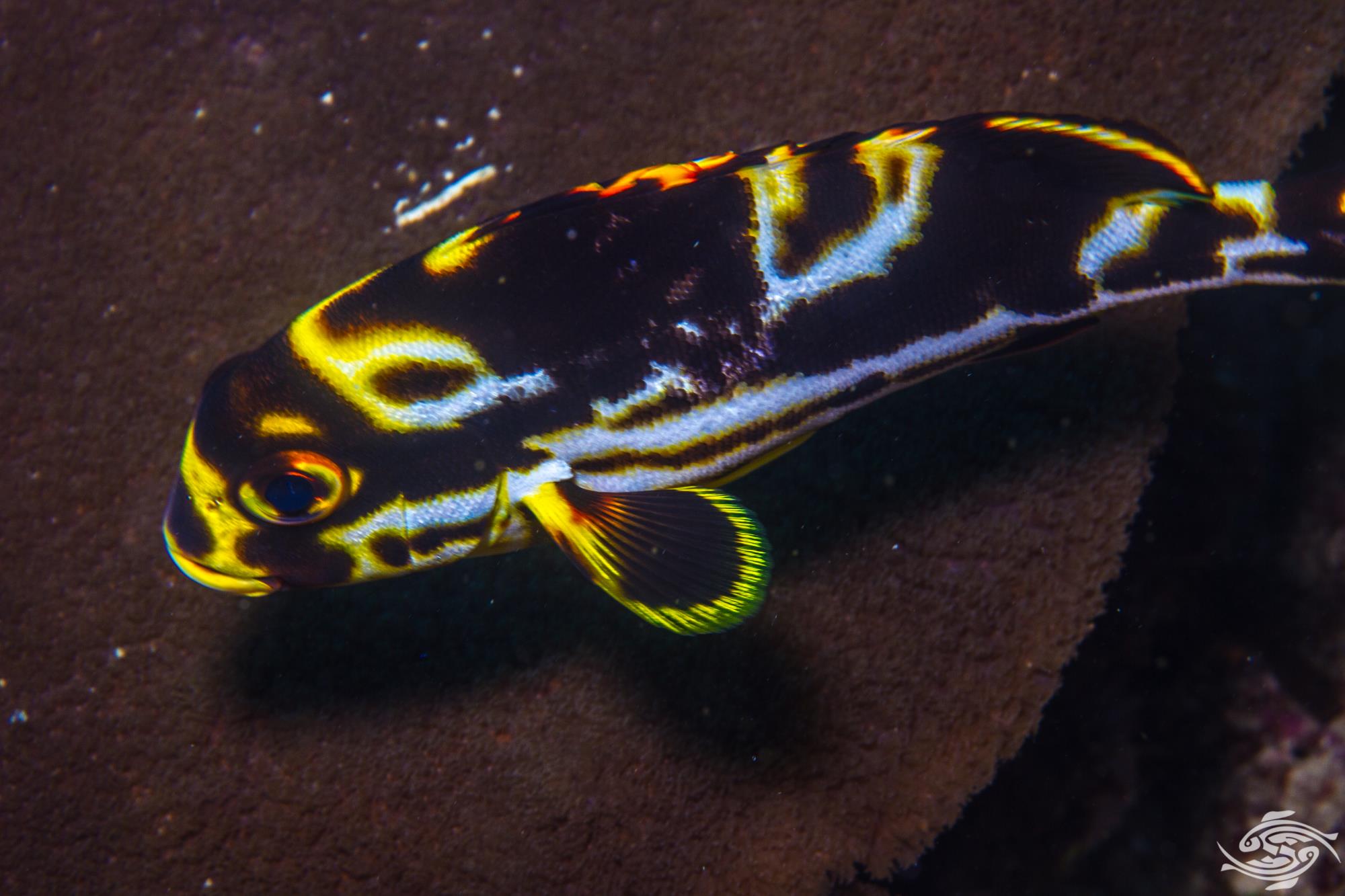 Juvenile oriental sweetlips have an attractive brown-and-white and yellow mottled pattern. They have a curious wriggling style of swimming in which the whole body undulates, which does not completely disappear in the adults. 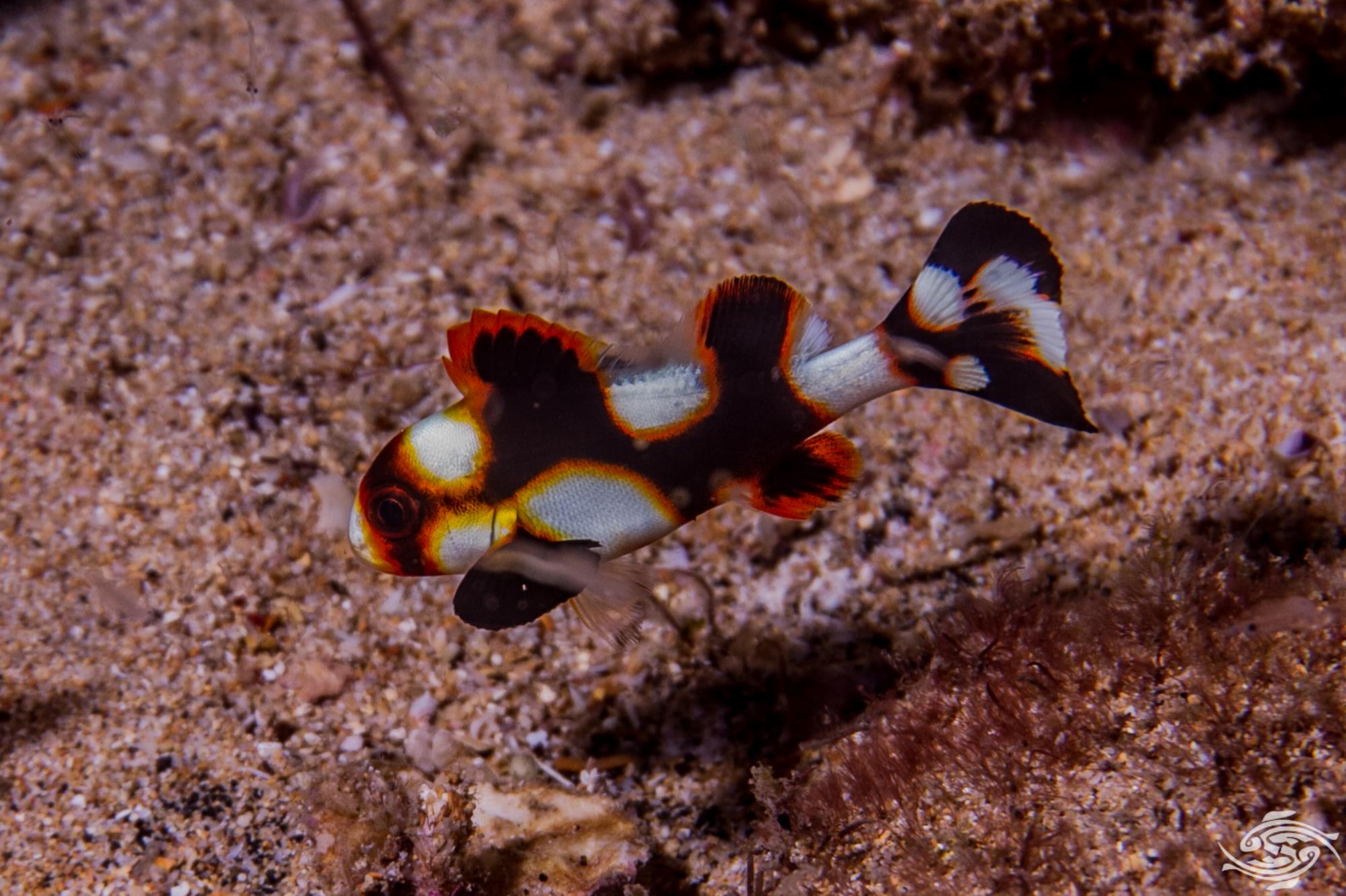 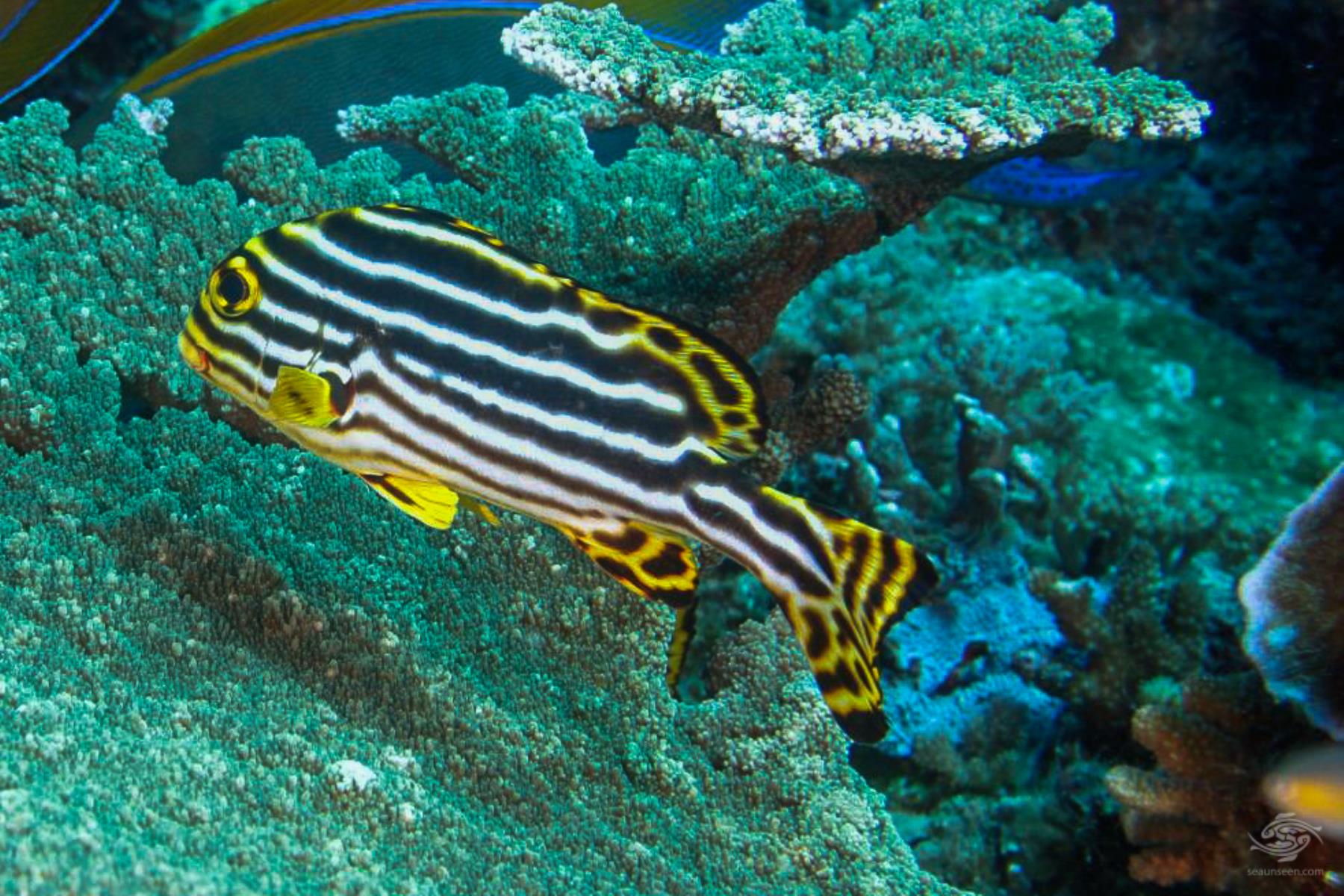 The adult oriental sweetlips are generally easy to approach particularly if there is a hiding spot for them nearby and on rare occasions they come up to divers to have a look at them. The juveniles are quite elusive and hide in crevices or caves when approached. In some areas on the Tanzanian coast, particularly in the Marine Parks and more remote areas, one occasionally comes across shoals of several hundred fish.

The oriental sweetlips is found across the Indian ocean and in the west Pacific. The juveniles are seen on the reef, always close to a coral bommie with hiding spots, which they are quick to dart into. The adults are seen hanging over or near the reef during the day, singly or in small groups. On rare occasions they are seen in large groups. 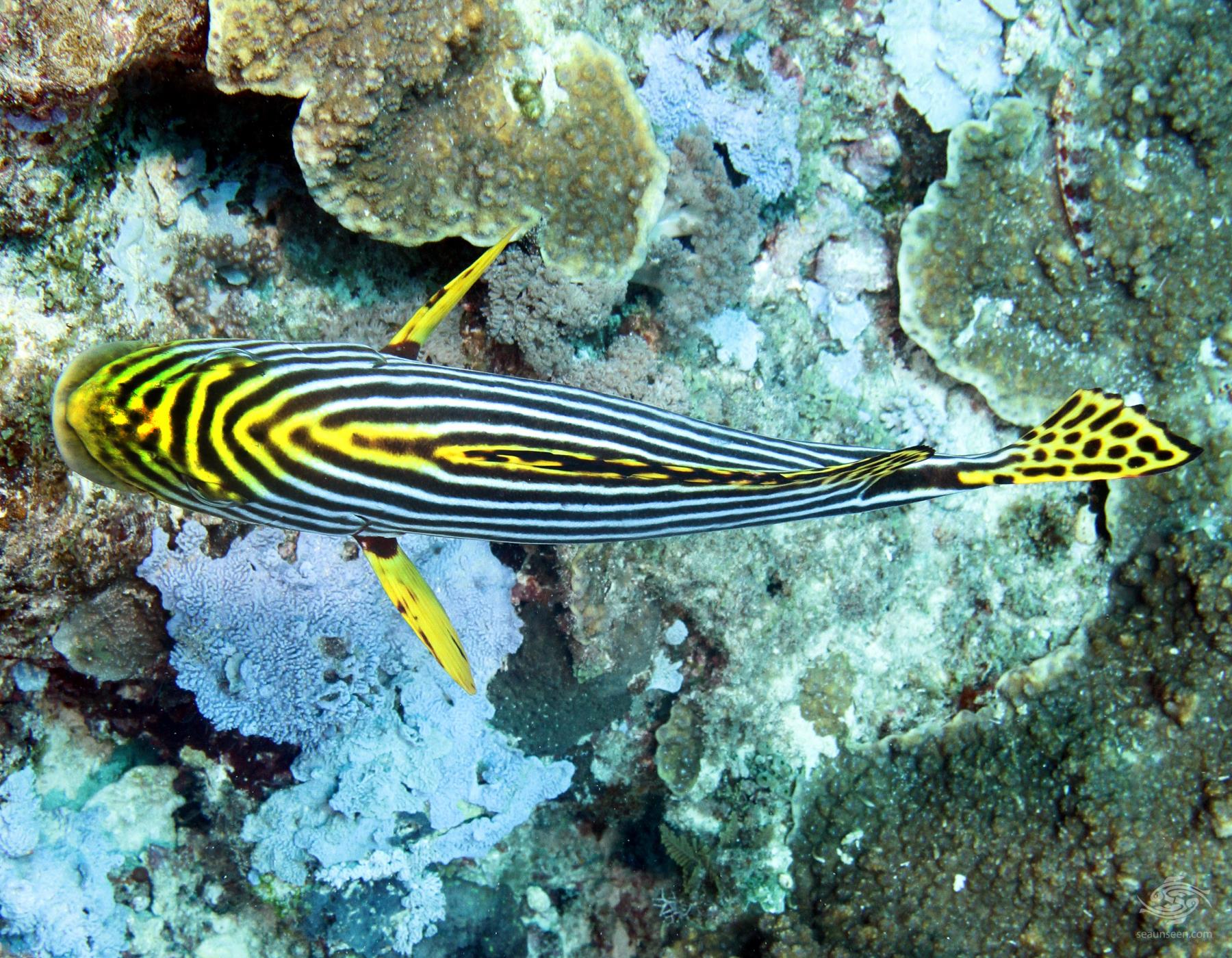 The oriental sweetlips are nocturnal feeders , feeding mainly on sand living crustaceans and worms. Prawns are on their eating list and they are thought to blow these out the sand with jets of water.

The fish have been successfully bred by researchers in Taiwan but so far few details have been released, so little is known about their breeding habits. 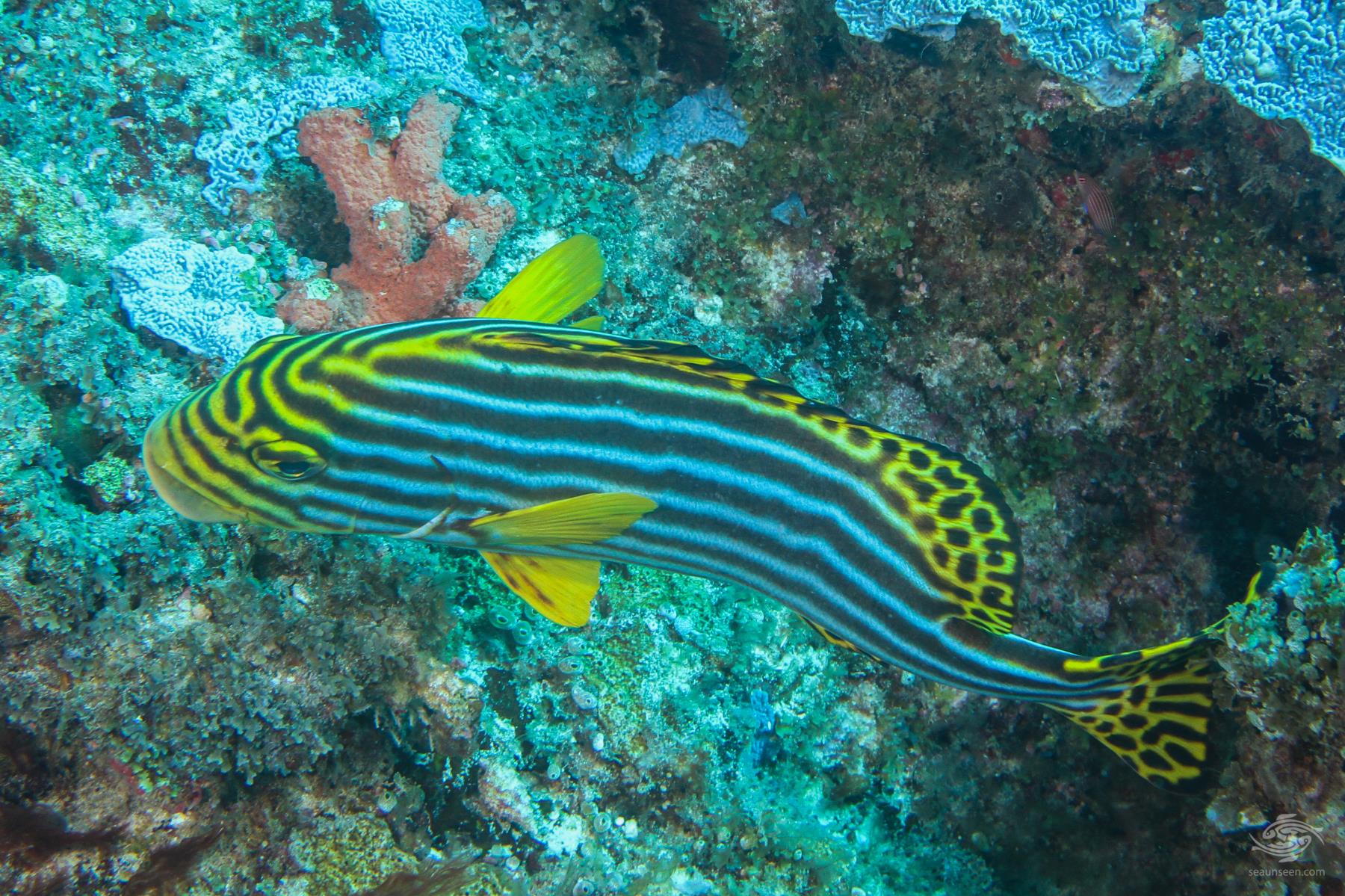 They oriental sweetlips is reputed to be very tasty fish and because of this are regarded as a gourmet delicacy in the east and in the Maldives,  they are fussy eaters and not that easy to catch on the hook as they prefer live food.

These fish grow quite large and unless you have a large aquarium of several hundred gallons, you should not keep them. Because of their attractive looks and eye catching swimming style, the juveniles are sold in the trade. They are very difficult fish to keep as they do not take easily if at all to the usual foods. Generally they will only take live food. This is difficult to keep up with and given that if one is successful that they will soon outgrow most tanks, it is not  responsible to keep them unless one has a very large tank. 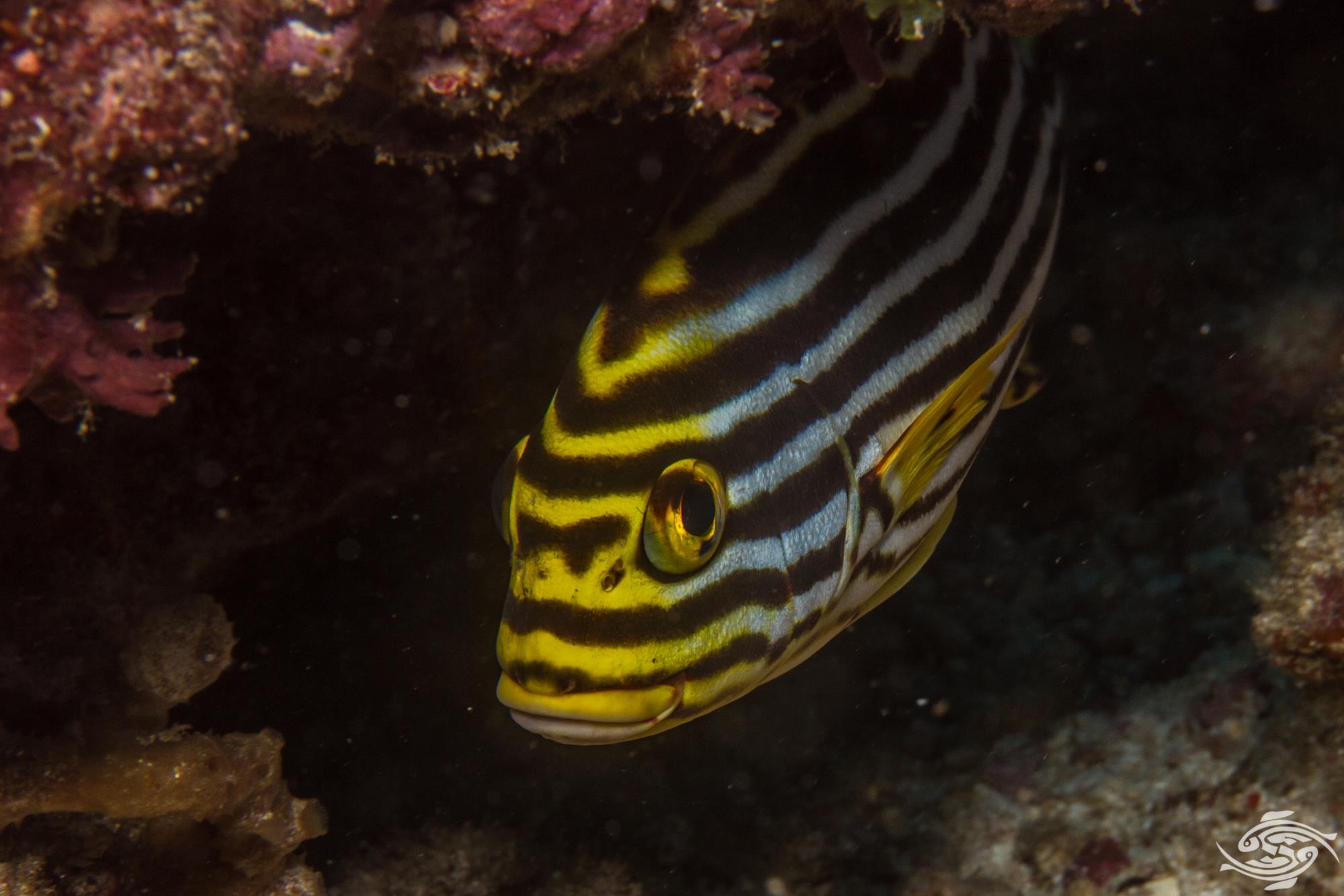 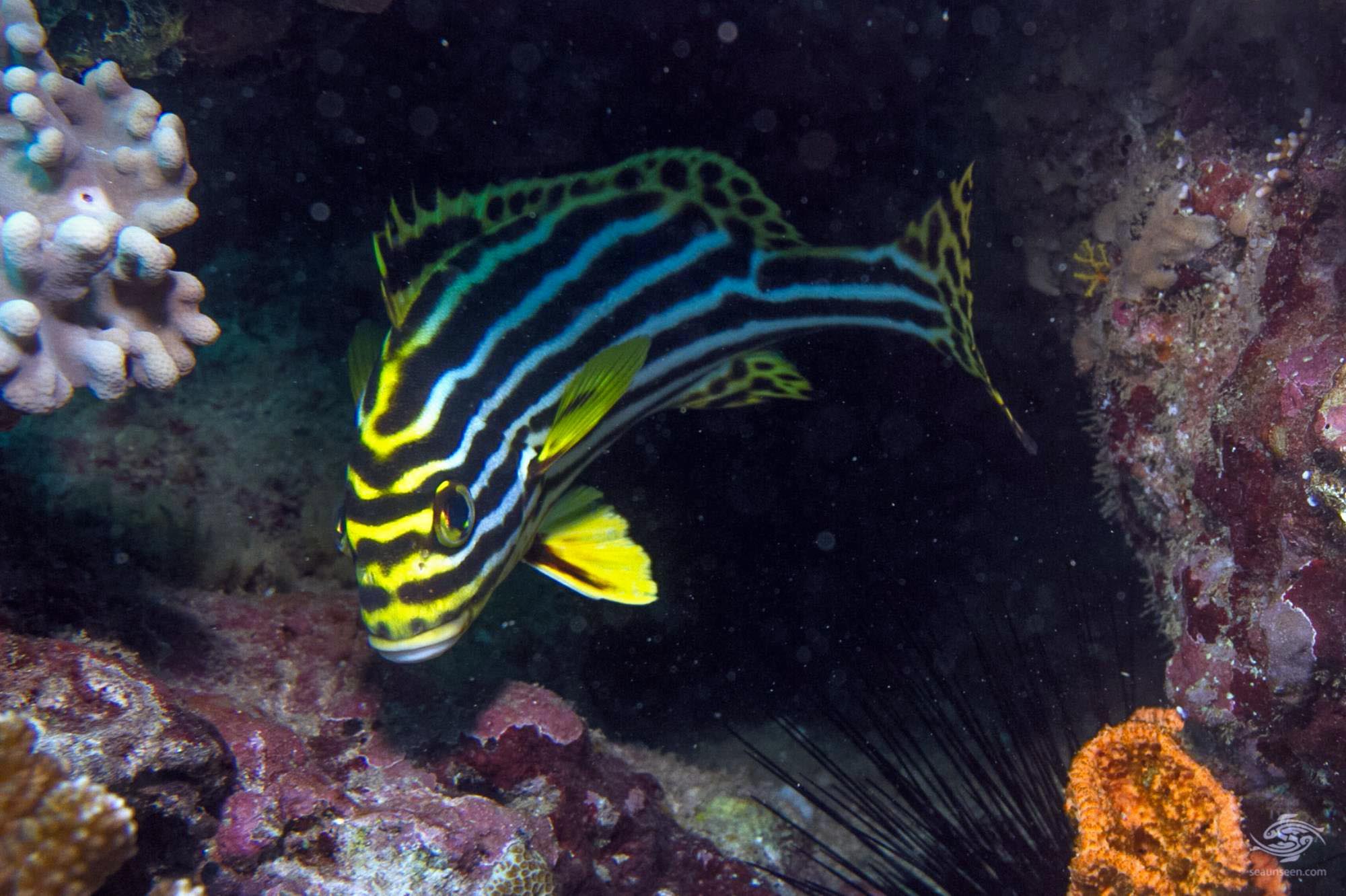 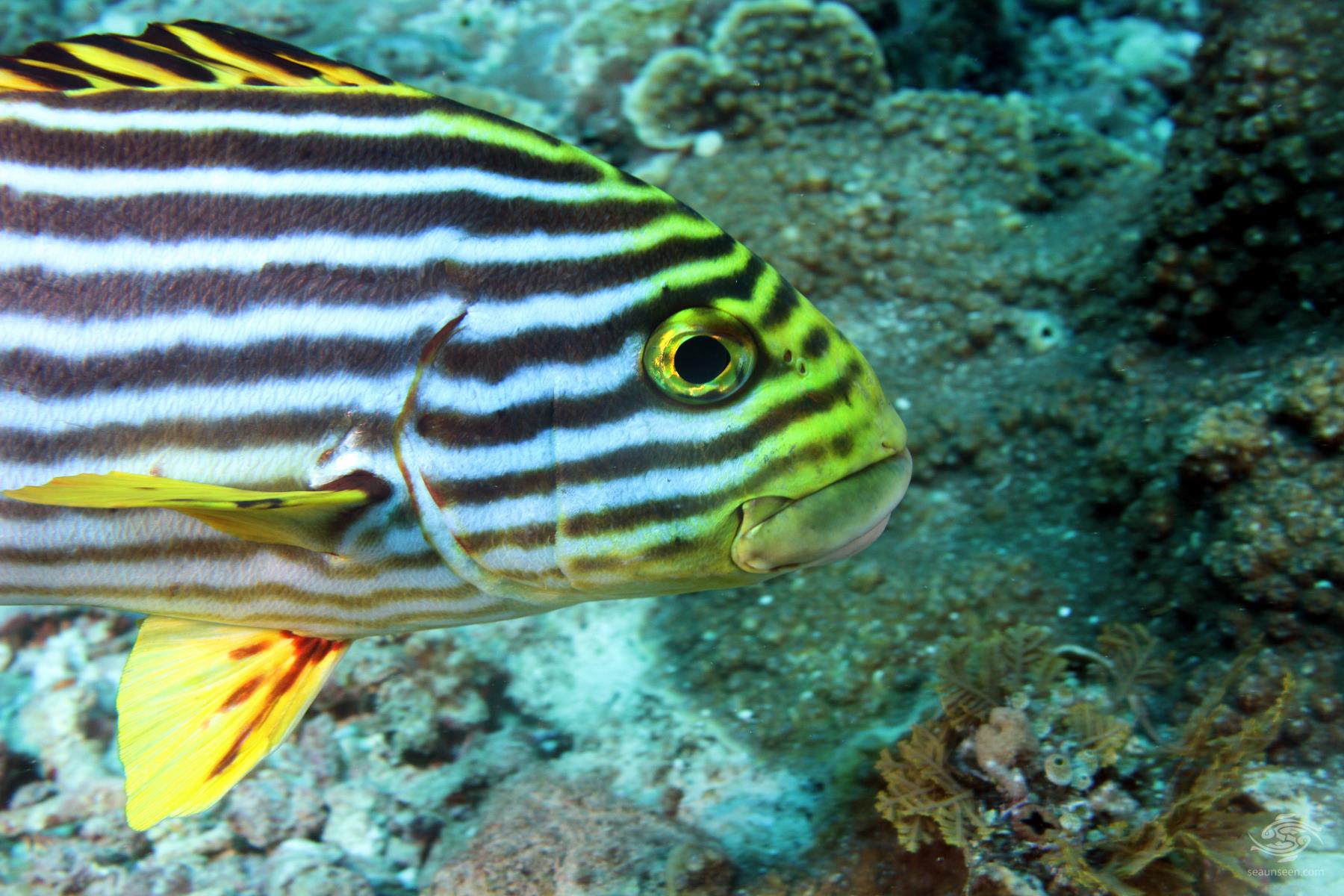