The Oriental wrasse Oxycheilinus orientalis is also known as the Oriental Maori wrasse. They are relatively common inhabitants on the deeper reefs in Tanzania.

The Oriental wrasse has a similar chunky body to shape to most of the other wrasse in the Oxycheilinus genus. They tend to have an orange or reddish colour and the identifying feature are the two white lines that run across the body. Some specimens have lines on the cheek but not as elaborate as the Cheeklined Wrasse.

The other identifying feature which is common to many of the other Oxycheilinus species are the pelvic fins which are white with an orange splotch across them. There are reports of colour change abilities but we have personally not noted any quick colour changes in this species.

The juveniles start of with a series of either brown or reddish brown dots on them . Even as juveniles the two white lines are apparent as can be seen in the image below. They grow up to at least 35 cm in length. 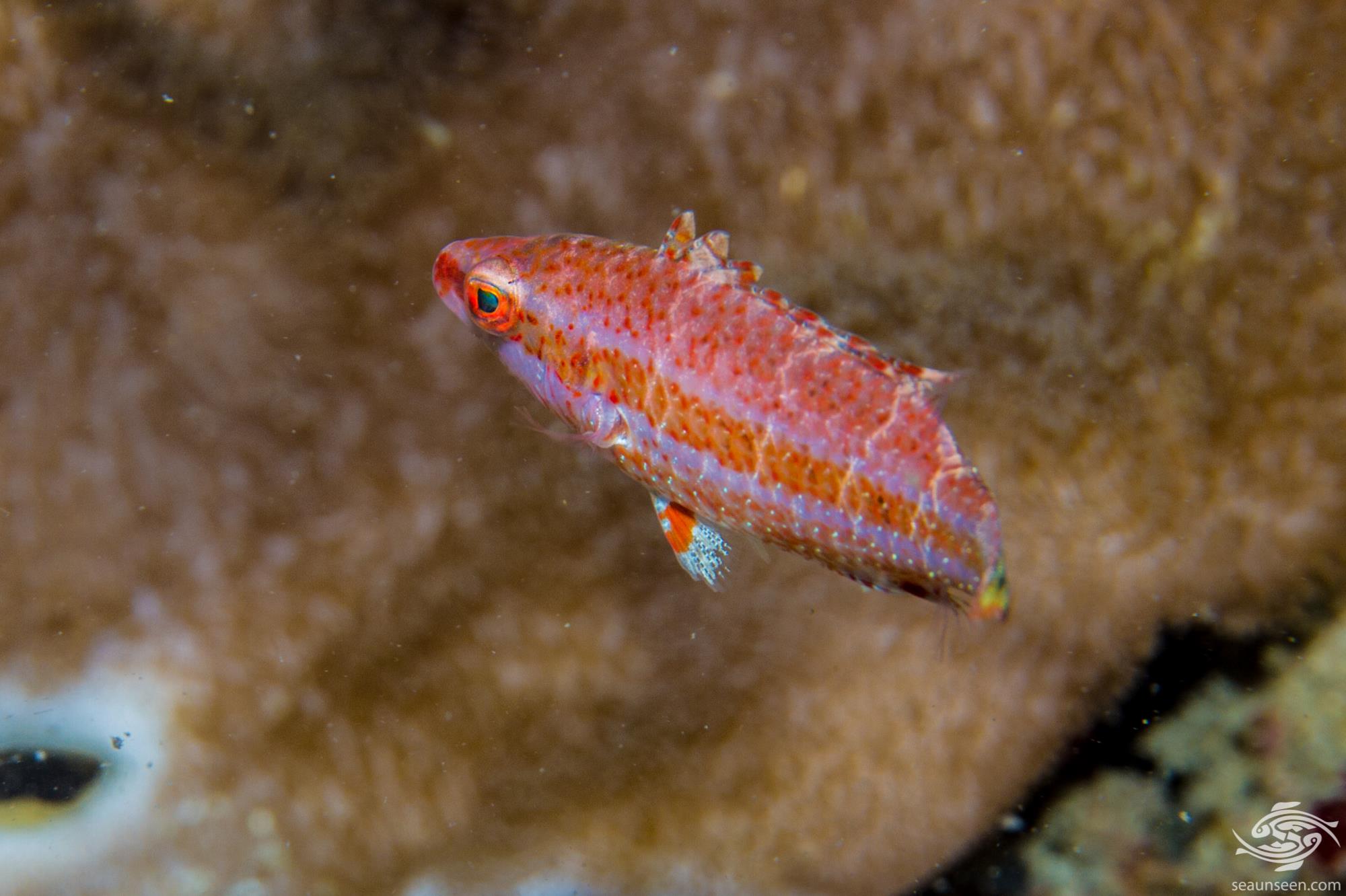 ORIENTAL WRASSE IN THE WILD 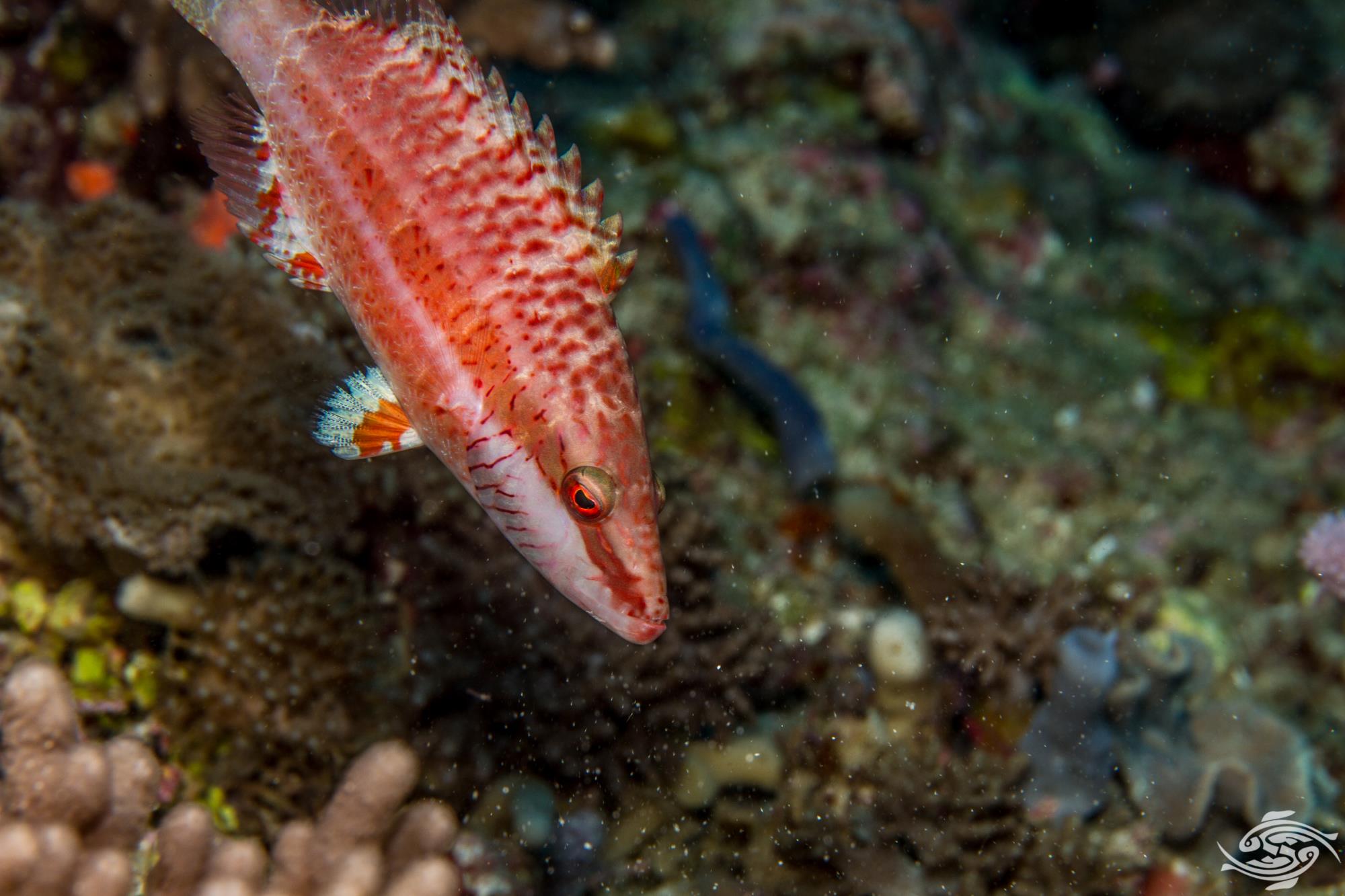 The Oriental wrasse is found across the western Indian Ocean down to southern Kwa-Zulu Natal and across to New Caledonia in the west Pacific. They are mainly seen on the rubble and sandy areas between corals and tend to swim low close to the bottom. They seem more common around the 18 to 25 meter range in Tanzania but have been seen down to 30 meters. 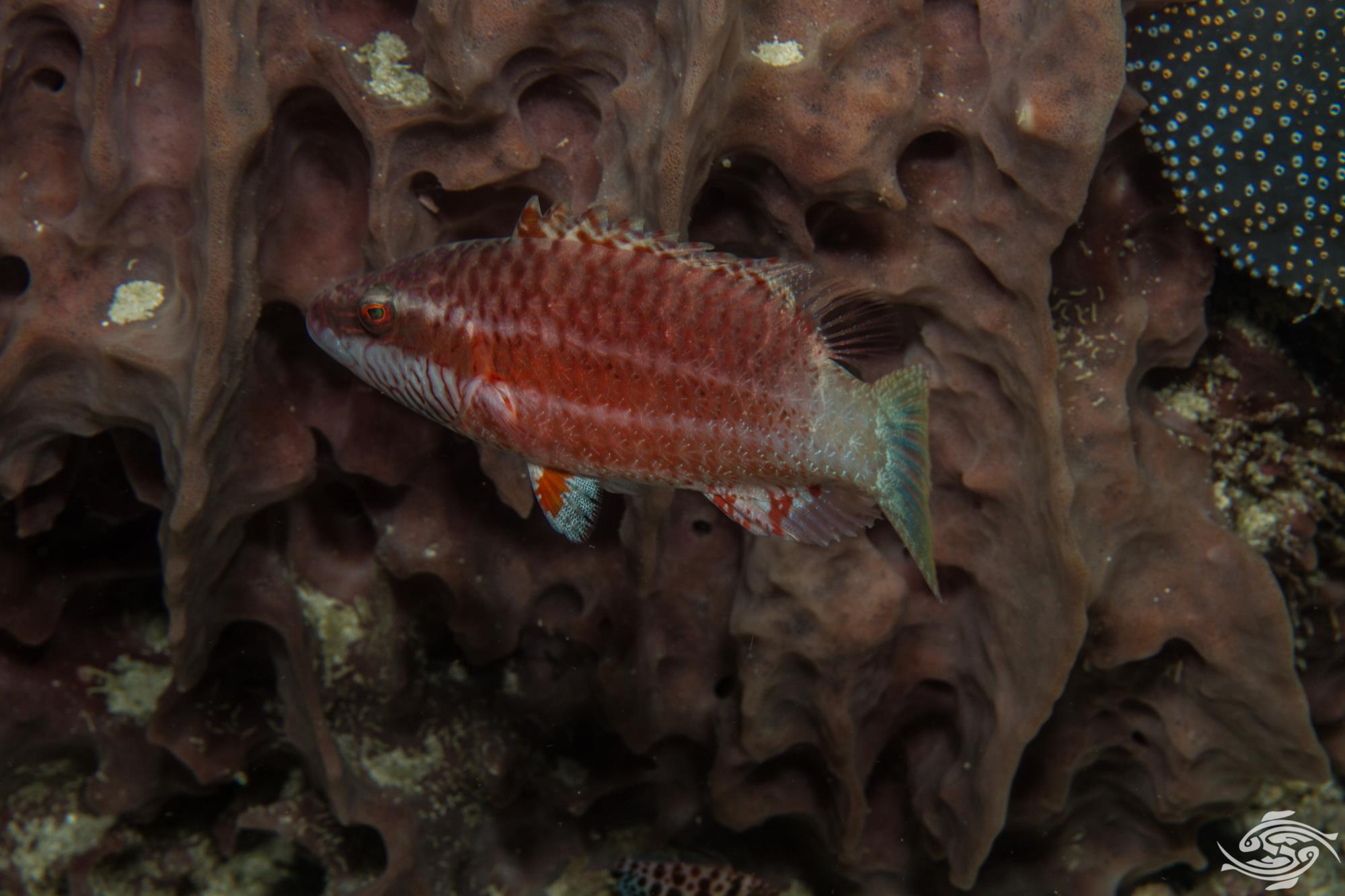 The Oriental Wrasse feeds on small fish, crustaceans, sea urchins and mollusks. They usually feed on their own but will sometimes follow a shoal of goatfish and other wrasse species feeding across the reef. 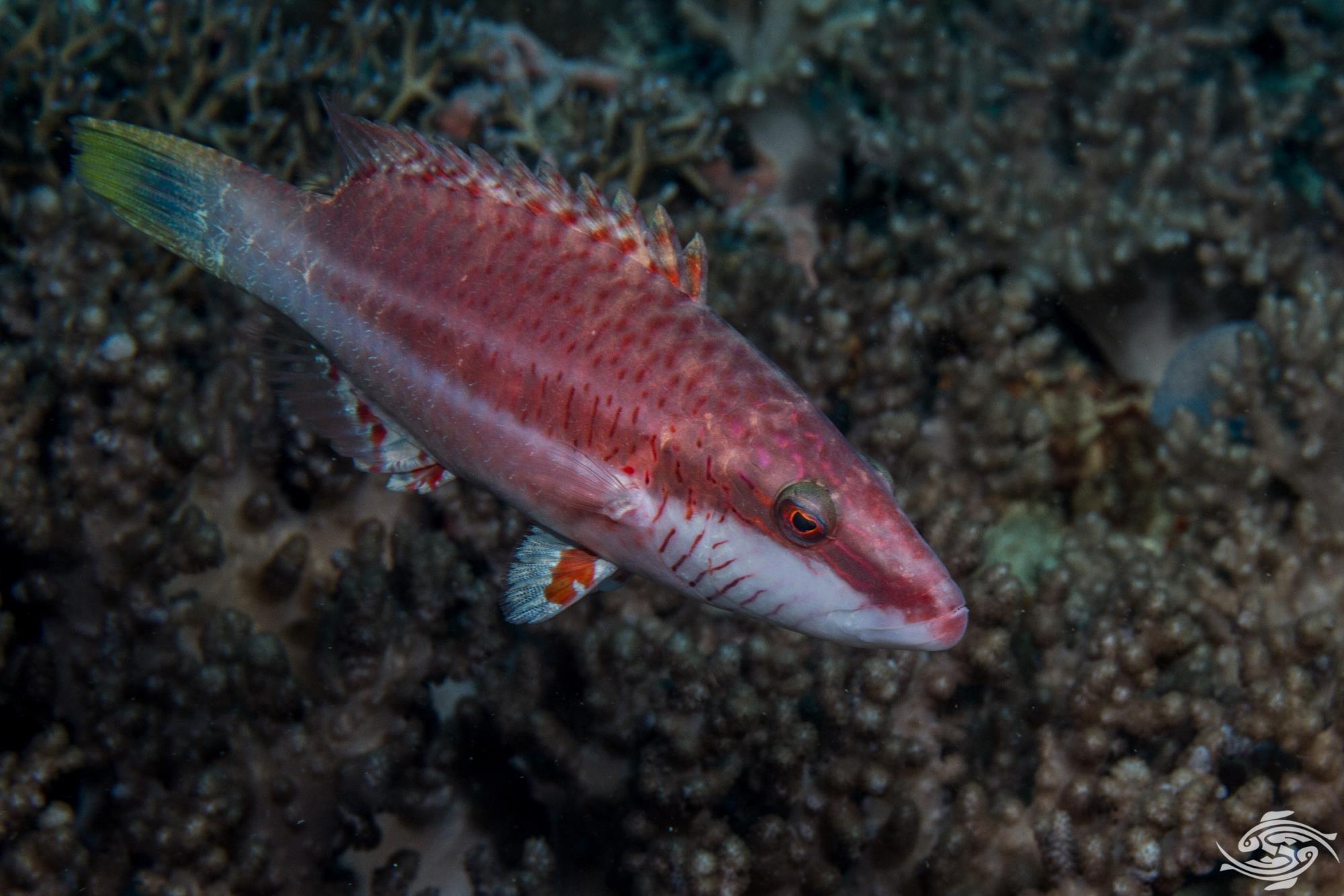 The Oriental Wrasse is Oviparous, with distinct pairing during breeding. We have observed probable mating behavior on several occasions in early spring with a larger fish swimming sideways onto a slightly smaller fish, fanning its fins. In these situations the colouration of the larger fish, presumably the male, is more vivid than usual. 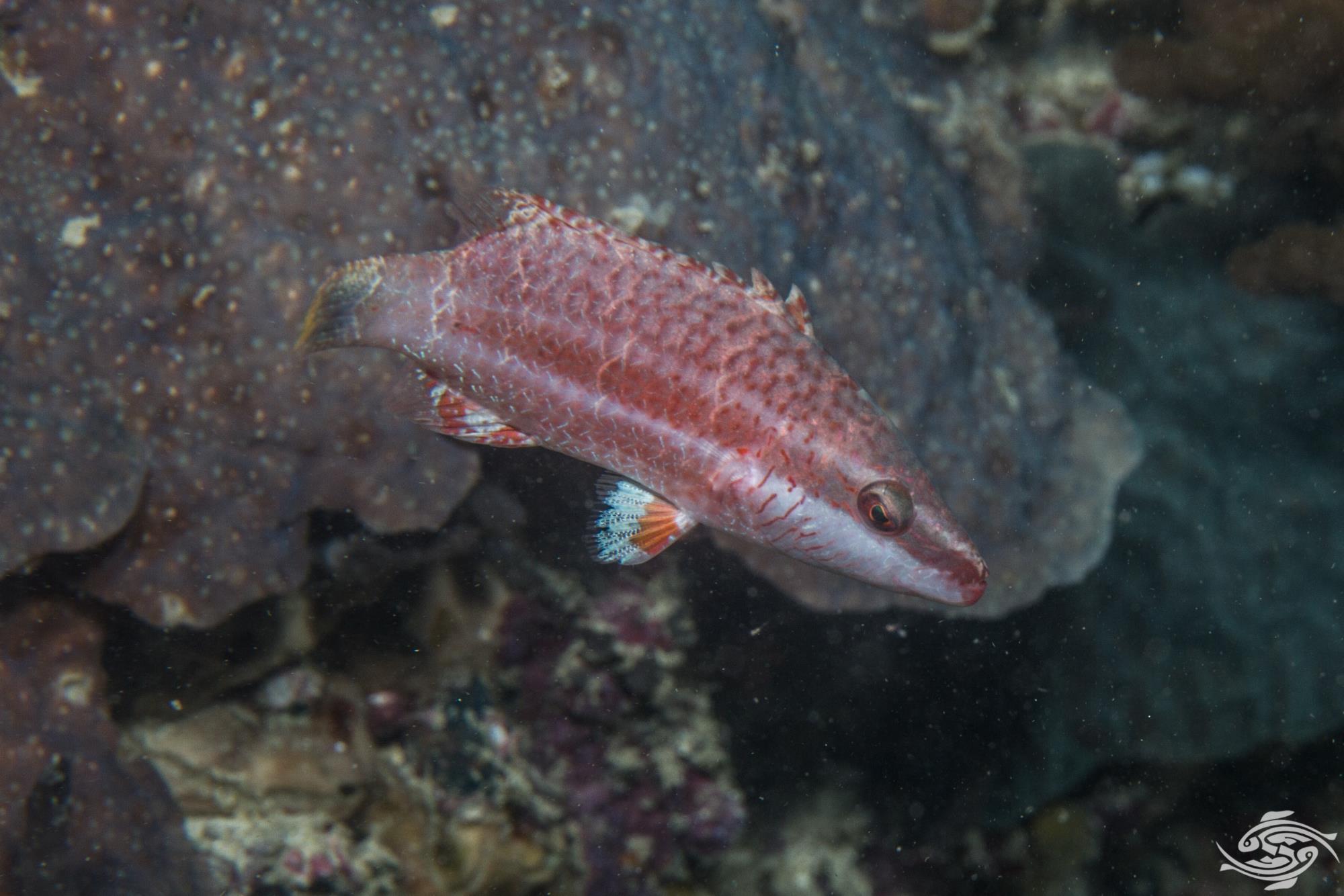 Cheek-Lined Wrasse are sometimes kept in aquariums but because of their size are not popular in the aquarium trade. A large tank with suitable tank mates would be necessary and it may be difficult to wean them onto prepared foods. 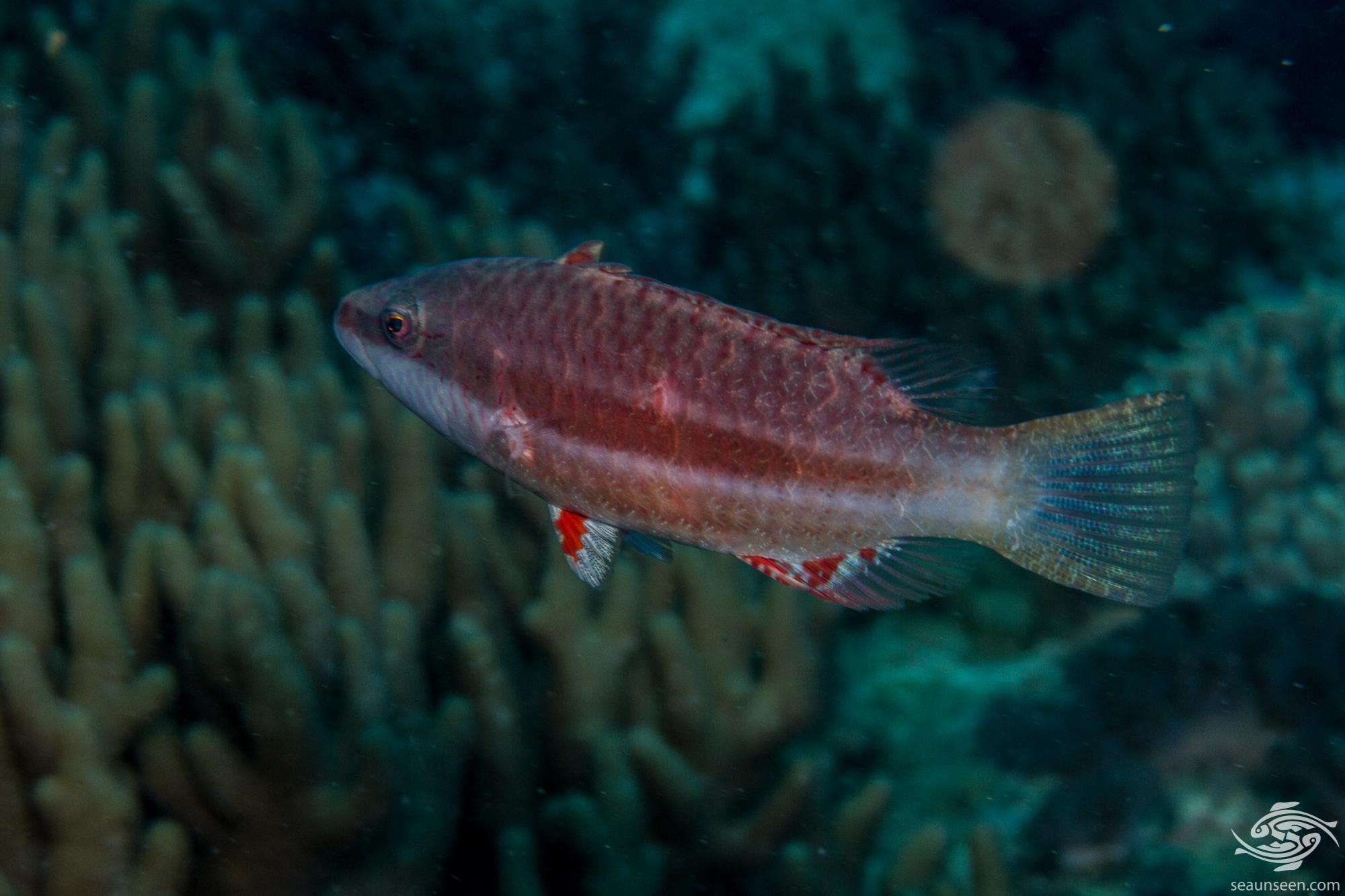 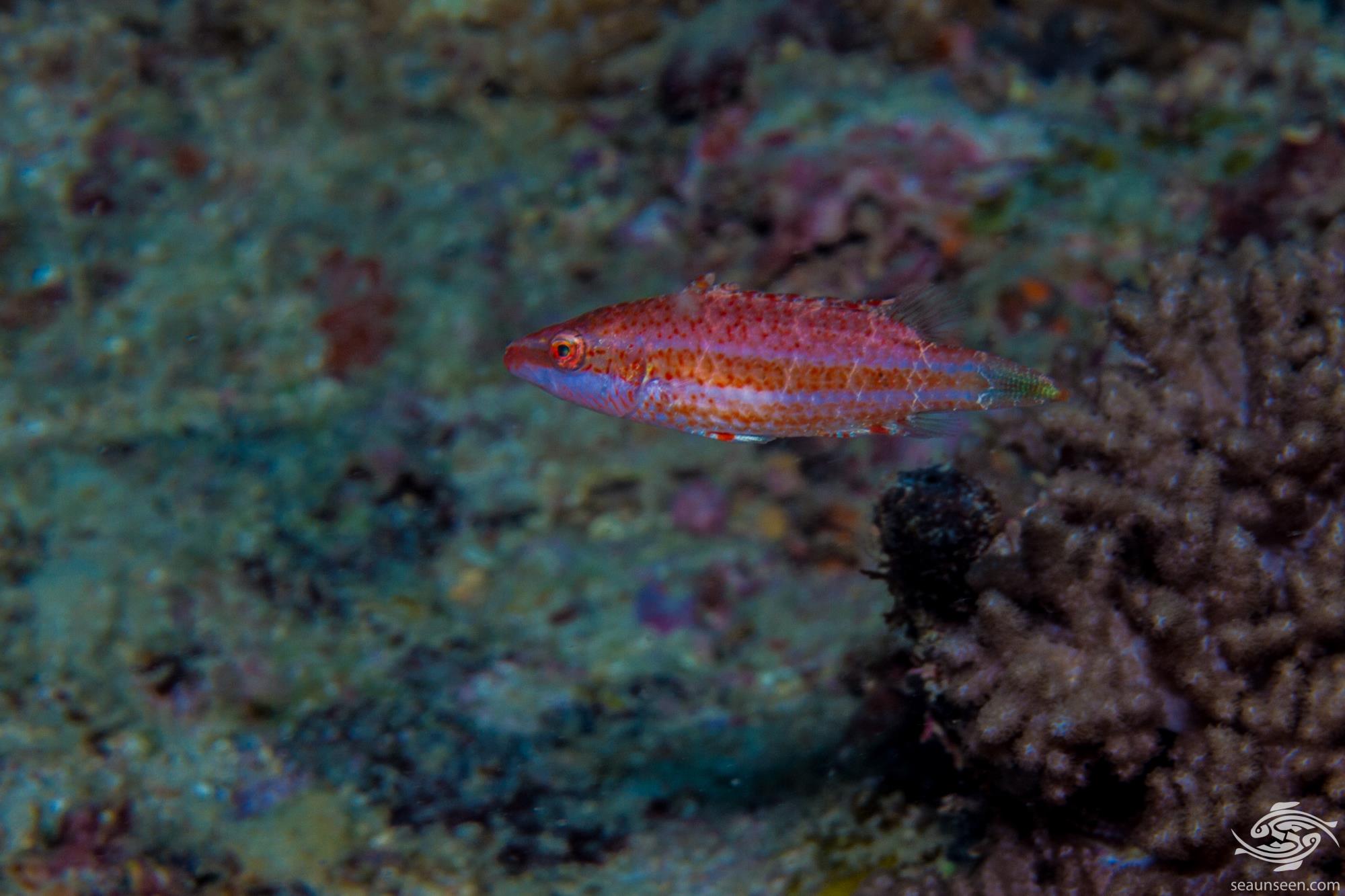