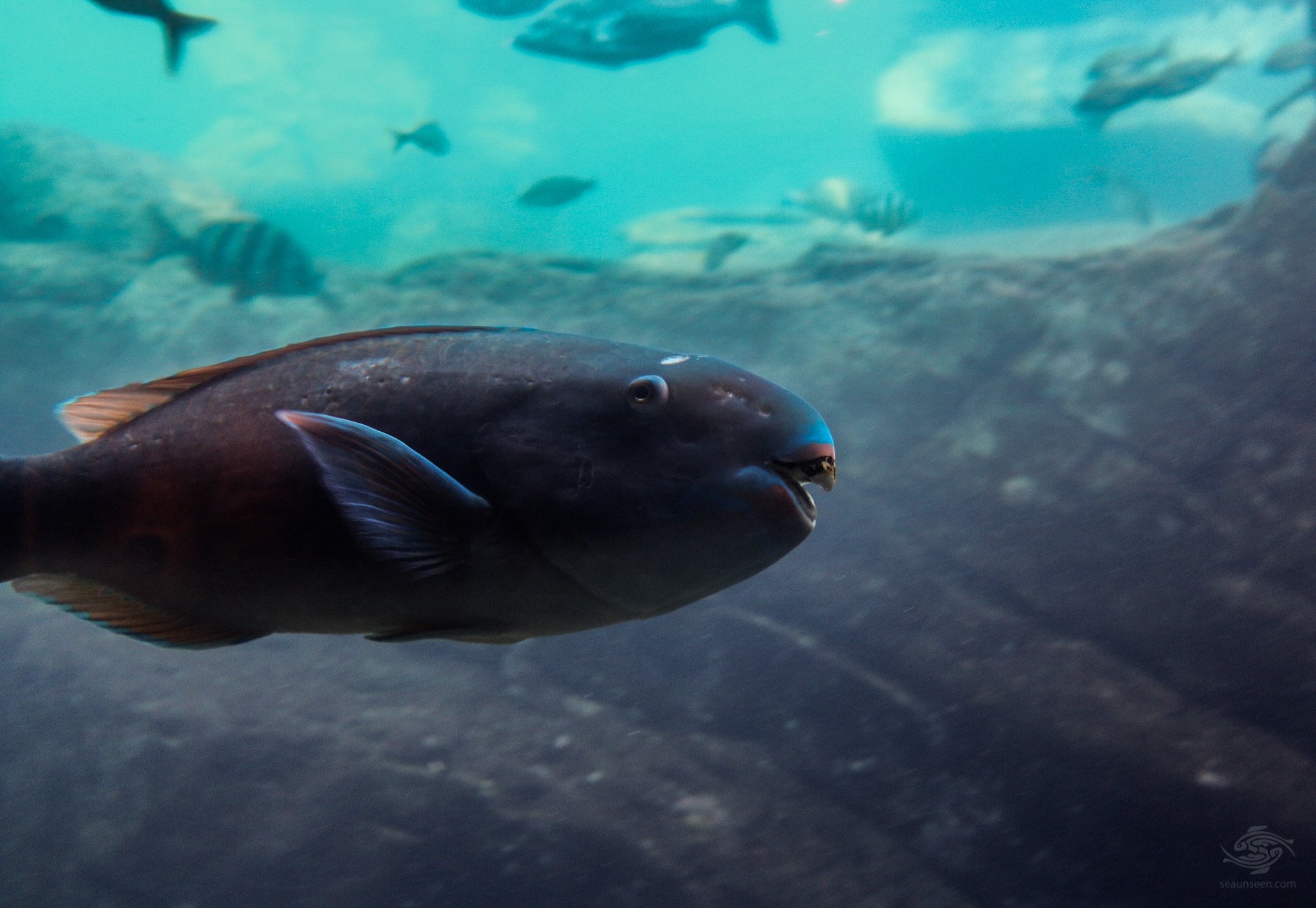 Parrot fish are named for their teeth which are fused into a parrot like beak, allowing them to scrape algae off of coral and even to eat coral. The green humphead parrotfish (Bolbometopon muricatum) includes coral in its diet and is an important producer of coral sand. When one sees a beautiful white tropical beach with fine coral sand, thanks can be given to parrot fish who most likely made most of the sand. A single parrot fish can produce around 90 kilograms of coral sand per year!

They fall in the sub family Scarinae, family Labridae, making them a sub family of wrasses. Perhaps this is why markings on the face of some of them closely resemble markings commonly seen on wrasses.

They also have the ability to change sex during their lifetimes and usually swim with their pectoral fins keeping the body straight.

Most parrot fish are very brightly colored and are among the most beautiful fish to be seen underwater. Sometimes they can be extremely difficult to identify because of the variation in coloring and the changes they undergo as they age. 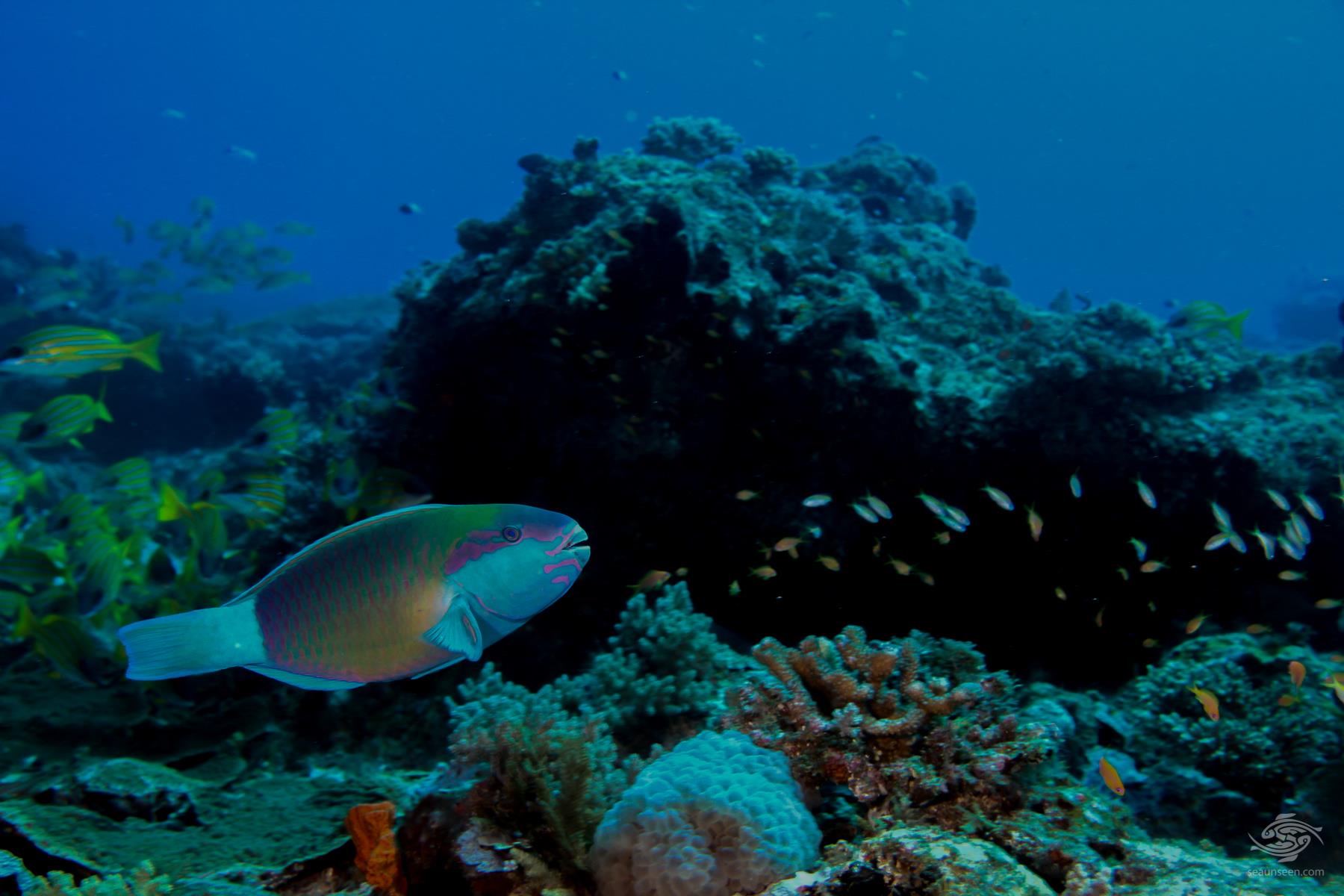 At night they have the ability to darken or lighten their colours dramatically making it appear quite different to that seen during the day. Both the images below were taken at night. 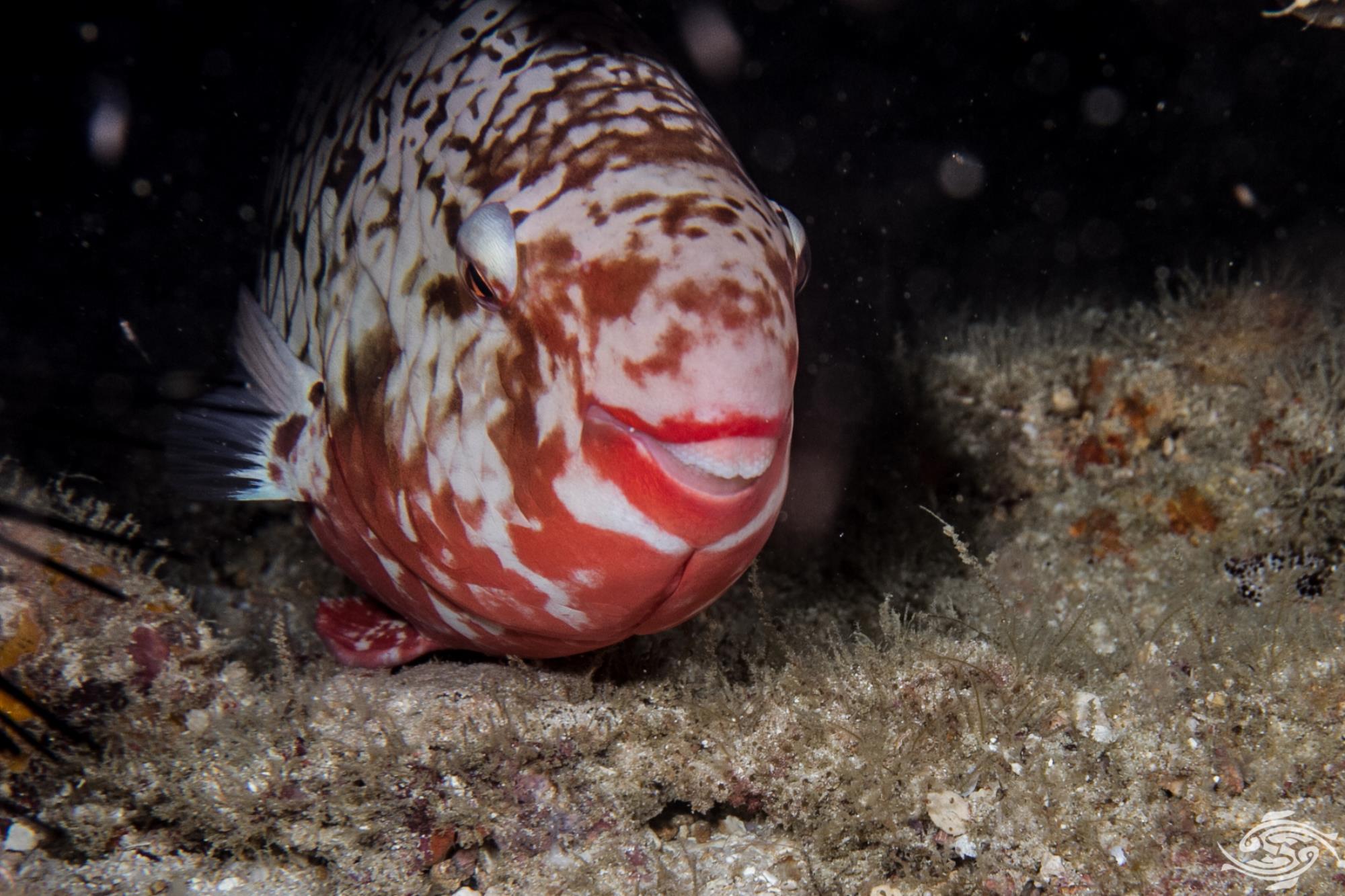 In the image below the Parrotfish has darkened its coloration. 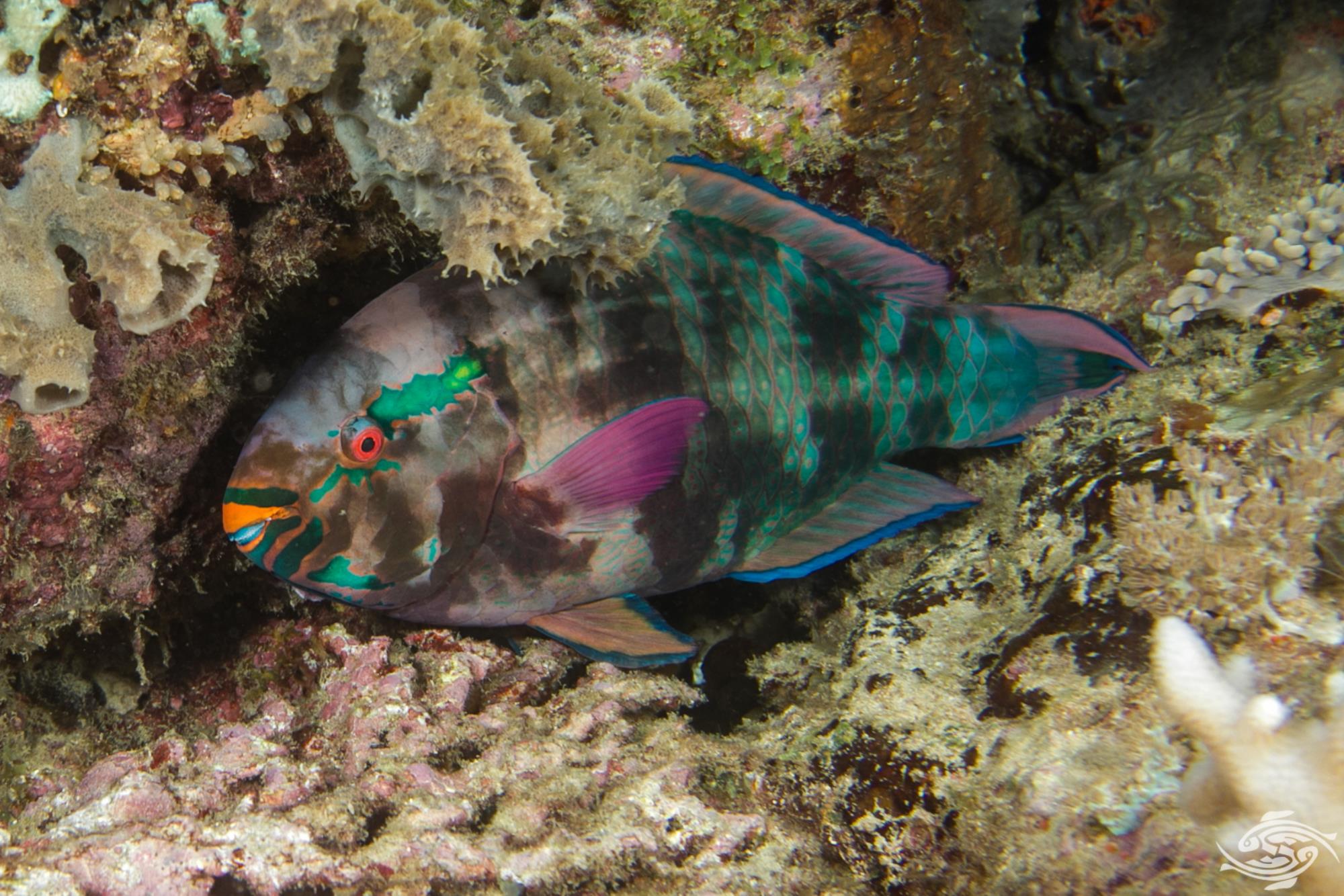 Because of their diet and size they are not as a rule kept in home aquariums, with the exception of scarus bicolor parrot fish, which some experienced collectors keep as a juvenile. While the bicolor parrot fish are often seen swimming on reefs, juveniles of Scarus psittacus and the common parrot fish are commonly in and around grassy beds.  Juvenile and adults travel in small shoals and are occasionally spotted singly. 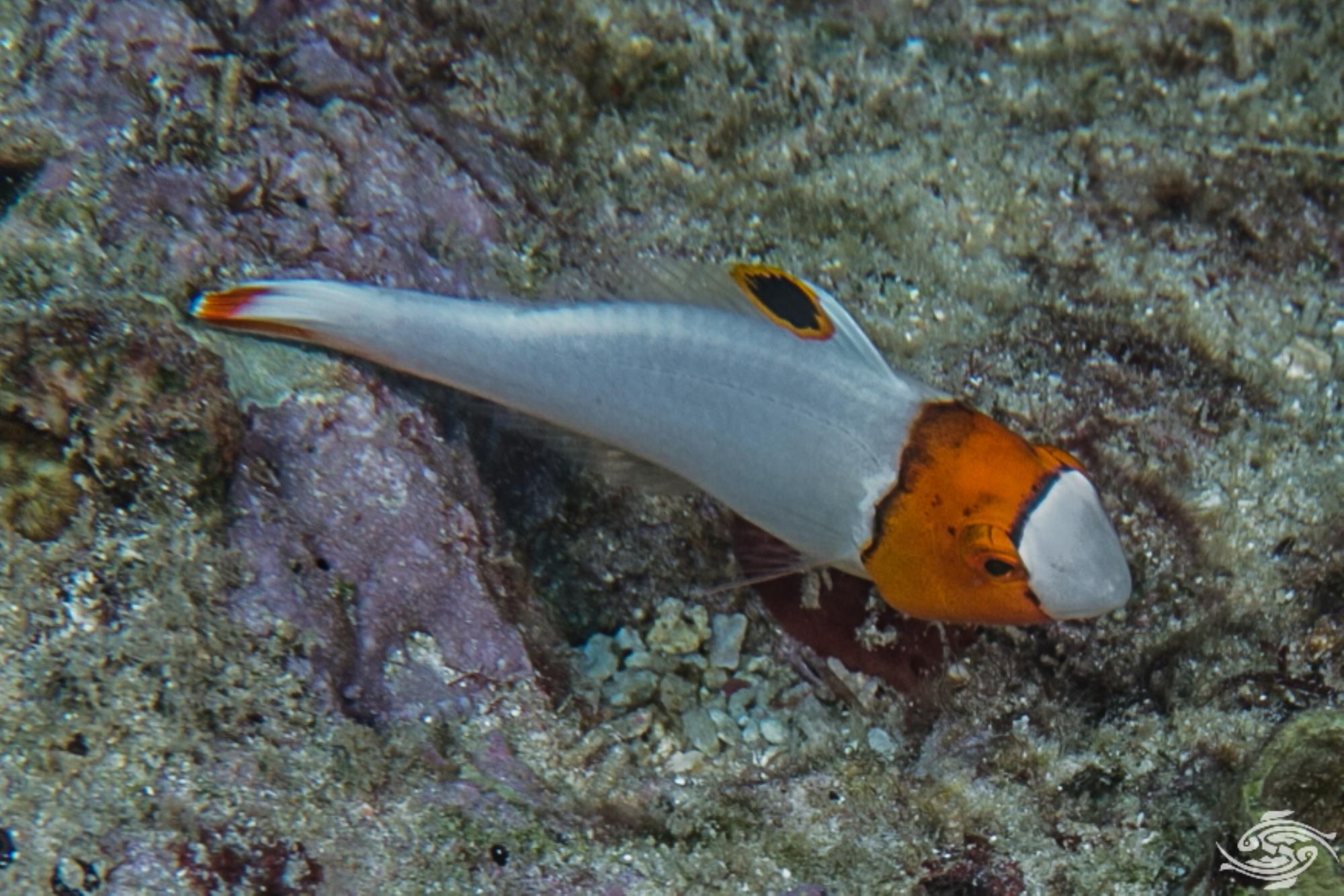 While the bicolor parrot fish are often seen swimming on reefs, juveniles of Scarus psittacus and the common parrot fish are commonly seen in and around grassy beds.  Juvenile and adults often travel in small shoals and juveniles are occasionally spotted singly or swimming with Goatfish. 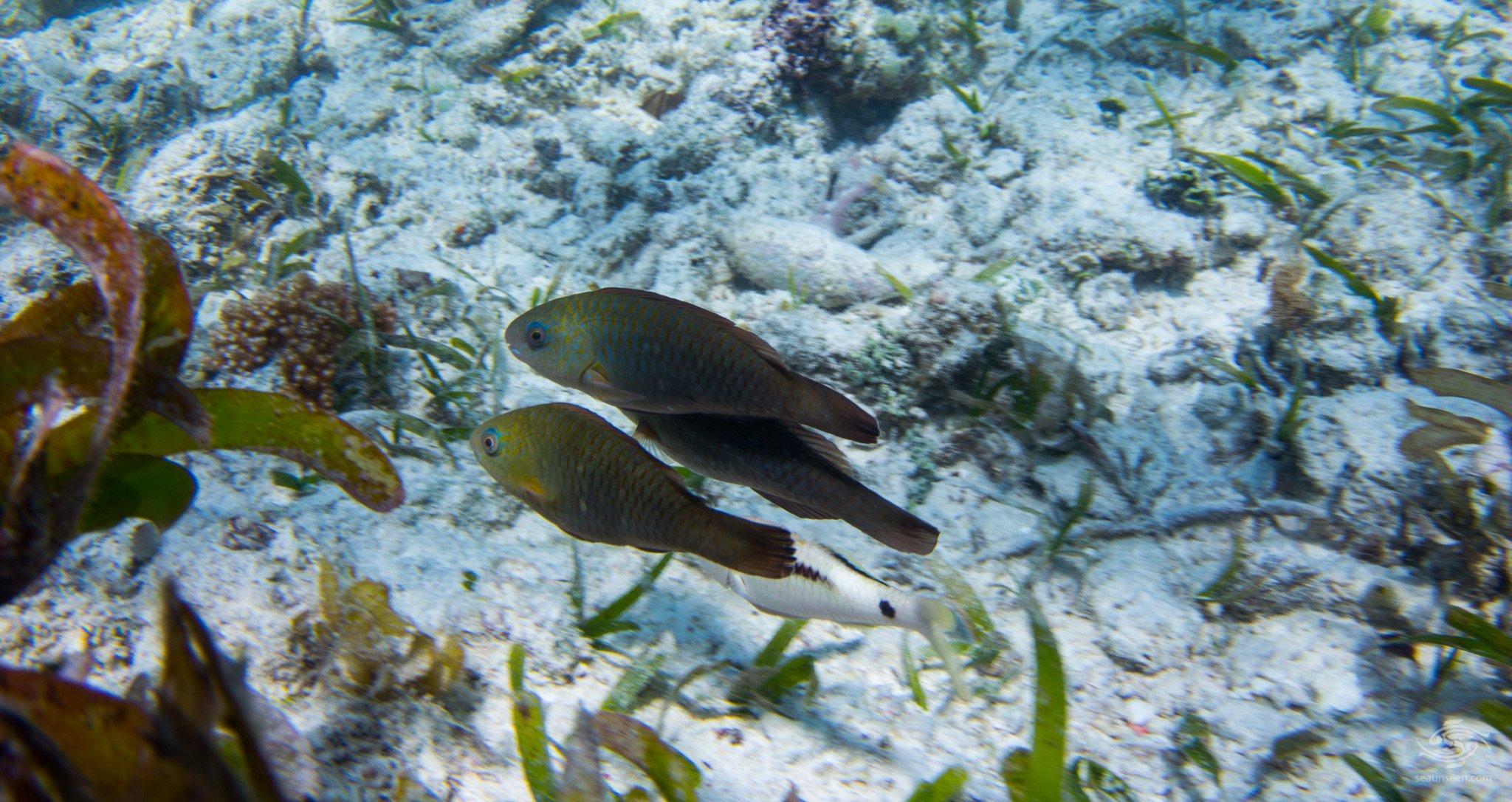 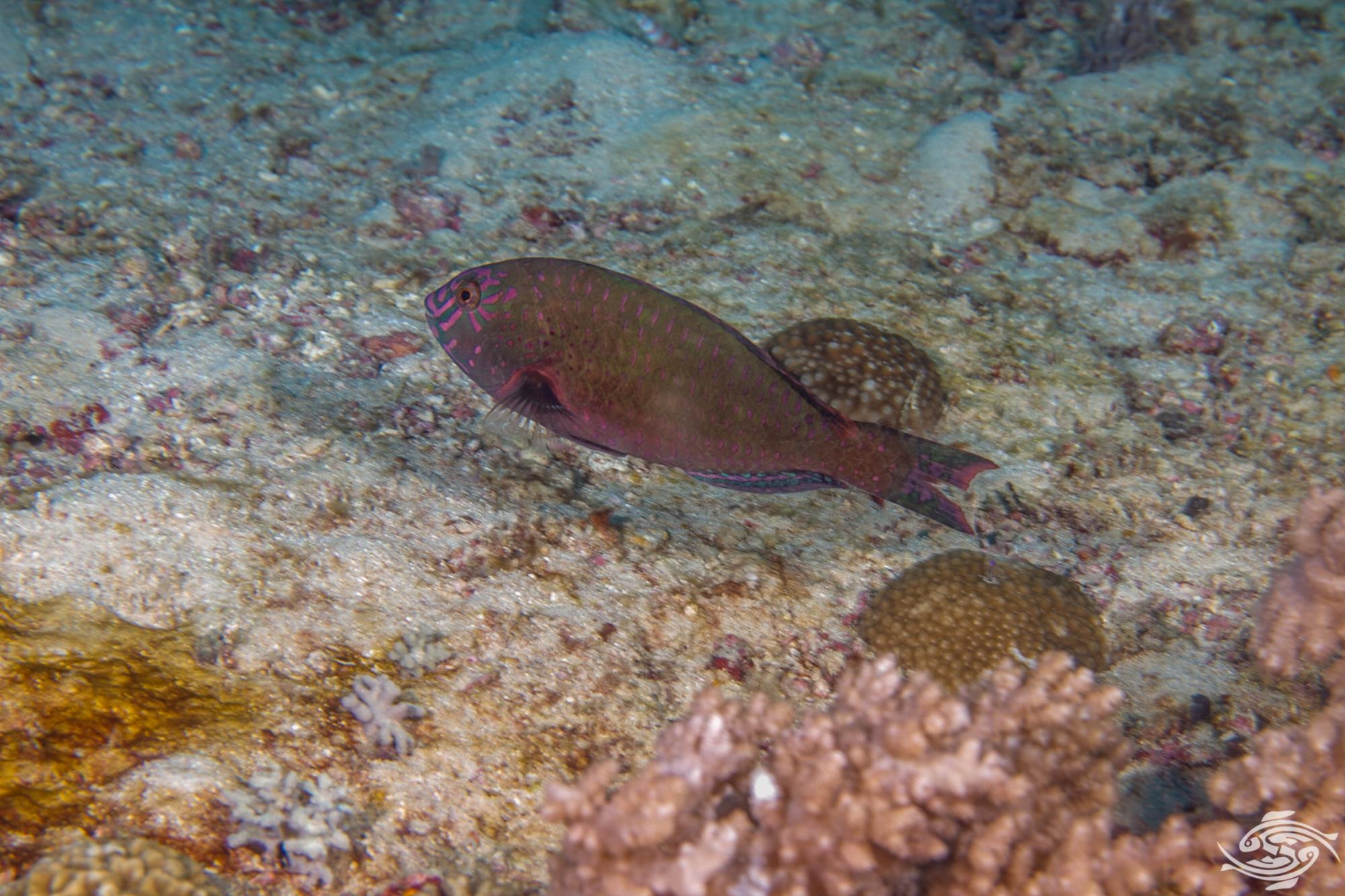