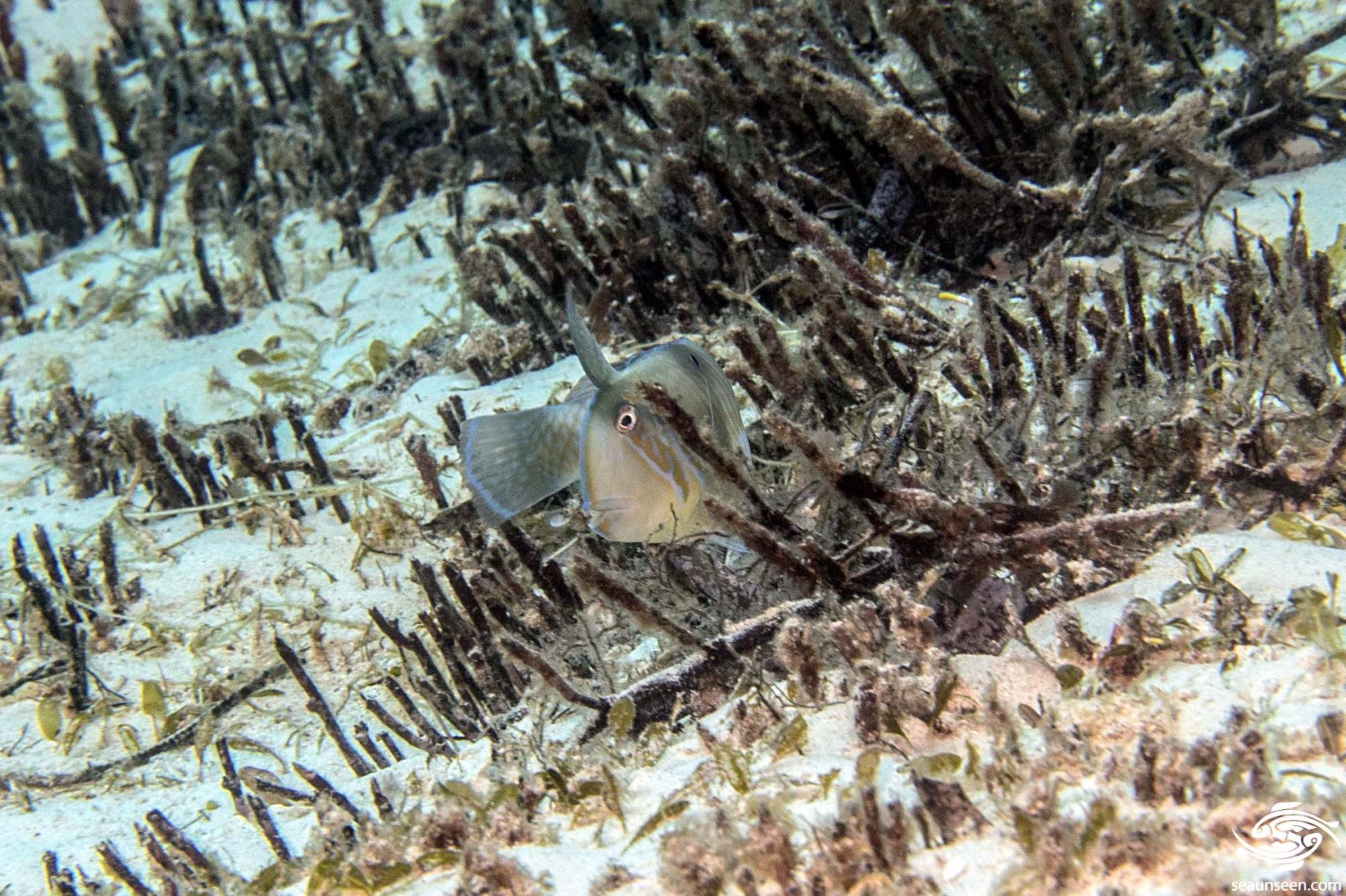 The Peacock Razor Wrasse (Iniistius pavo) is also known as the Peacock Wrasse, Blue razorfish, Peacock razorfish and the Razor wrasse. They are unusually shaped fish and obtain their common name from their resemblance as adults to a cut throat razor. Generally their Genus is  found in soft sandy areas and the body shape allows them to dive straight into the sand when they feel threatened. 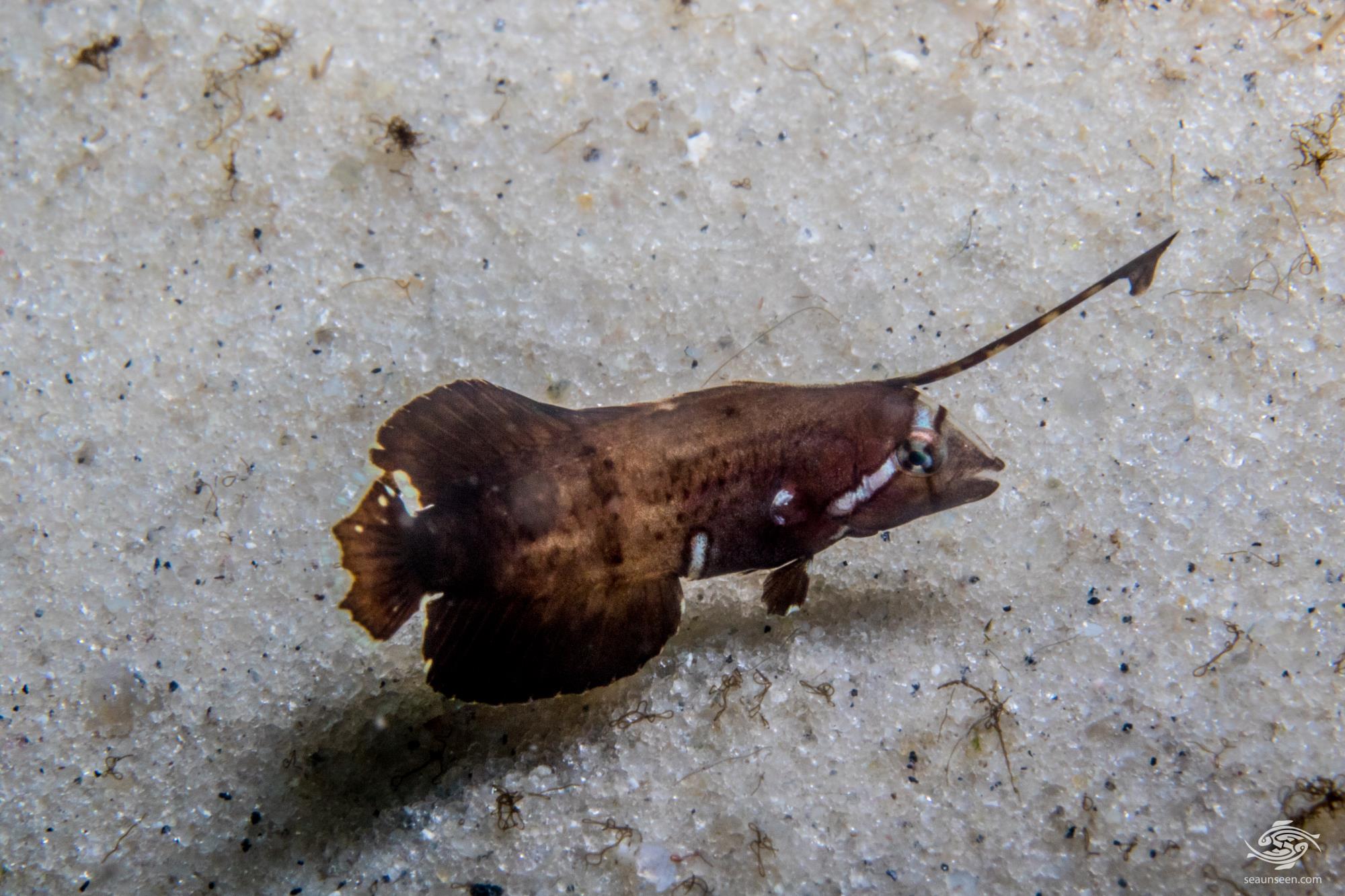 As with many wrasses the coloration and shape changes from the juveniles to the adults. The juvenile pictured above and  in the video below is adept at mimicking  a leaf and the motion of a leaf across the sea bed.  The dorsal fin of is highly elongated and held forwards above the head. The body is a dark brown color and there is a white bar running down the face under the eye.

As the fish matures so the elongated fin becomes proportionally smaller and is folded back much of the time. The head area becomes proportionally enlarged with the body tapering backwards to the caudal area. The body is laterally compressed and the forehead is sharp.  On the adults the body background color is light brown and a series of dark bars develop along the body.There are thin blue lines on the face of the larger specimens. 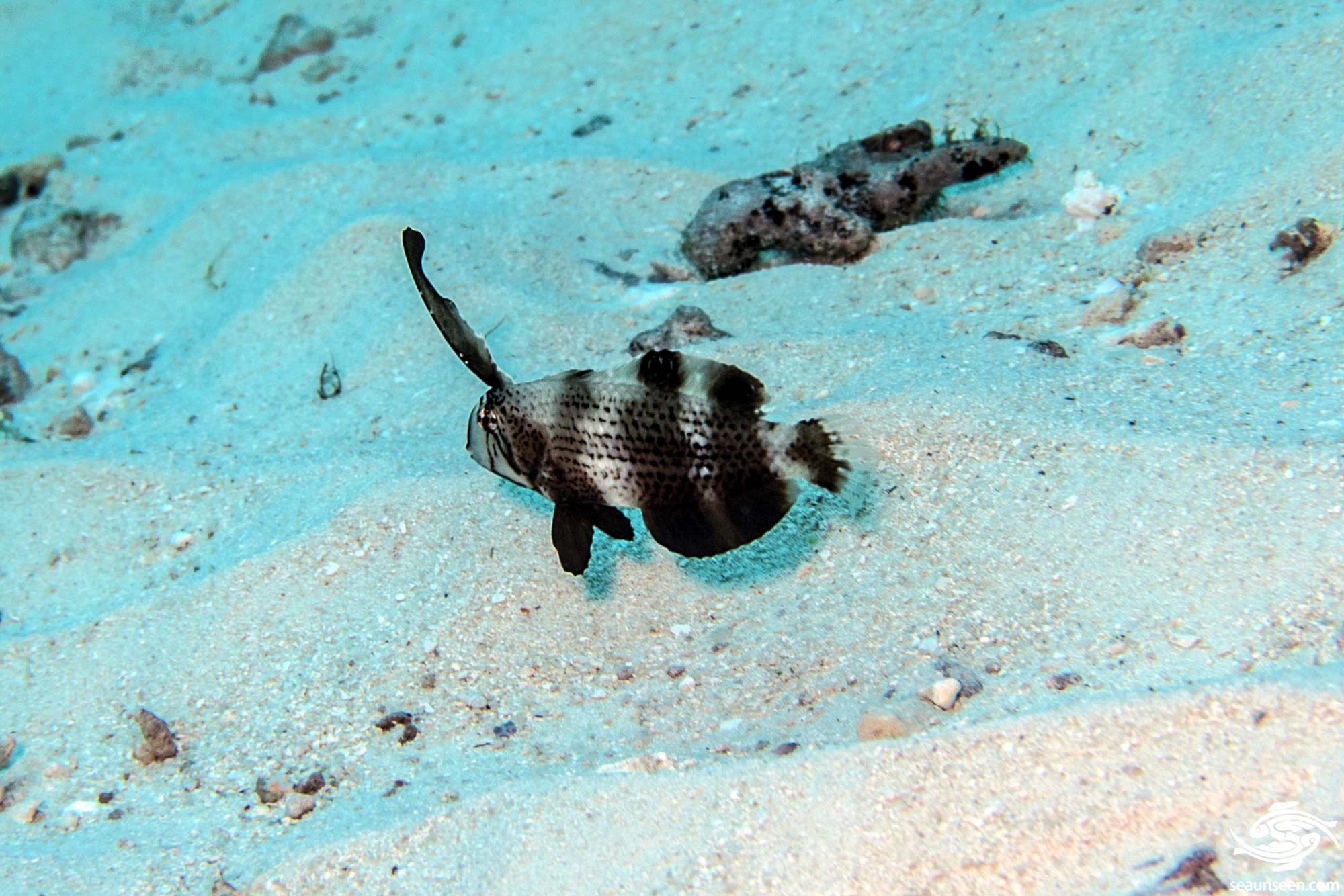 PEACOCK RAZOR WRASSE IN THE WILD

The Peacock Razor Wrasse are found in shallow protected sandy areas in Tanzania and in these locations are quite numerous. They are usually seen singularly and are quick to dive into the sand when threatened. This they can do remarkably quickly.  We have seen the juveniles and mid size specimens from 2 meters downwards and the full size adults start being seen at about 5 meters.  The large adults of 30 to 35 cm are more skittish than the smaller fish and are very hard to approach closely. The adults we have seen down to 25 meters on sand alongside reef and grass beds. 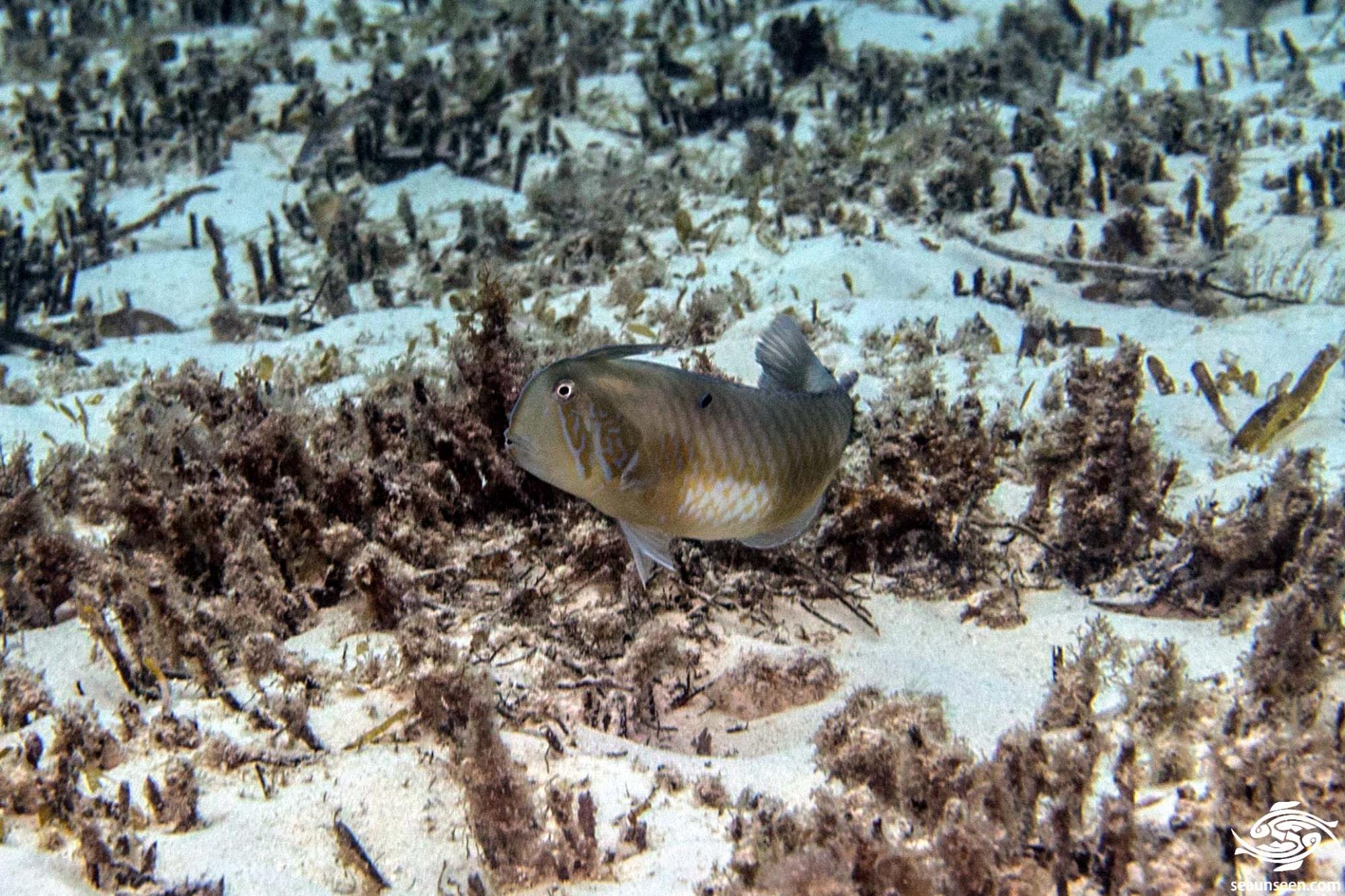 The Peacock Razor Wrasse has a wide range and is found across the Indo Pacific area from the south and east coast of Africa including the Red Sea across to Japan in the north, Australia in the south and the lower West coast of North America. 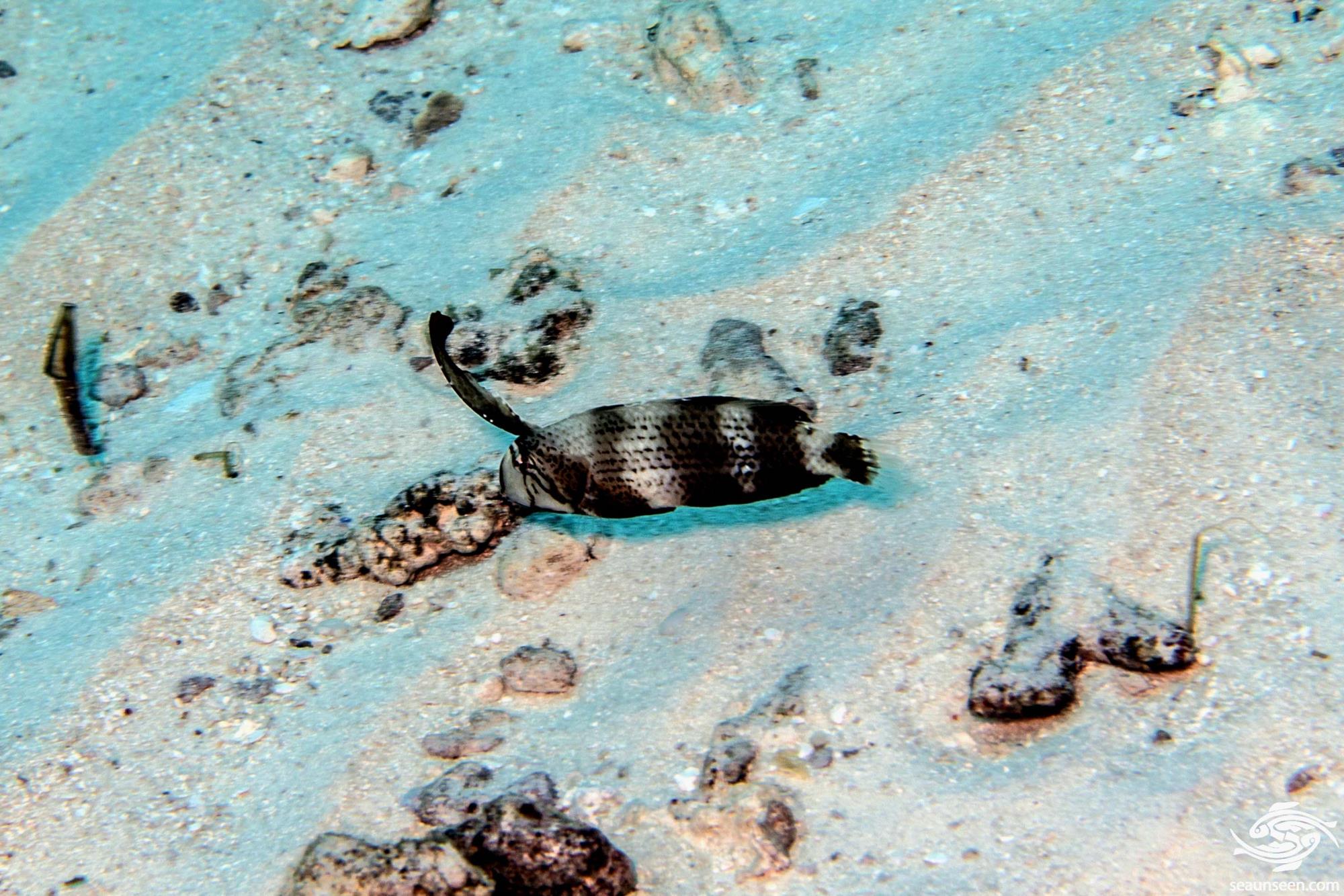 The Peacock Razor Wrasse is a Protogynous hermaphrodite, they first develop into females. Some specimens based on social cues transform into males. They are Oviparous, with the dominant male running a harem or at times several harems of females. Little is known of their breeding habits but occasionally a male will be seen pursuing a female.

Peacock Razor Wrasse are not commonly kept in aquariums but some aquarists keep the juveniles for the novelty value. They are only recommended for advanced aquarists as they are difficult to feed correctly. They require very deep fine sand and plenty of water to swim in. These fish will almost certainly jump out a tank if given the chance. Given their full grown size of 35 cm they require a large tank to grow into. 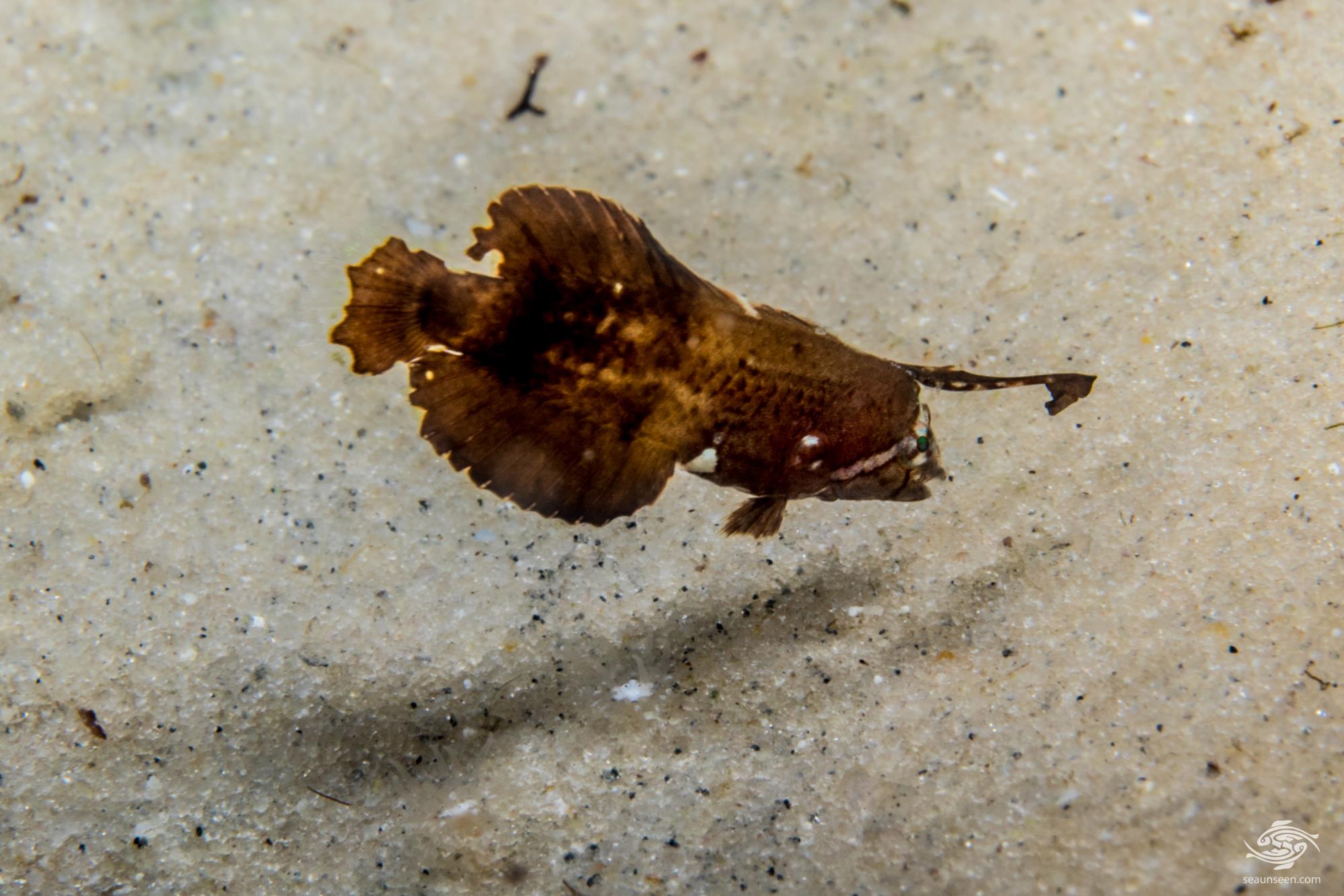