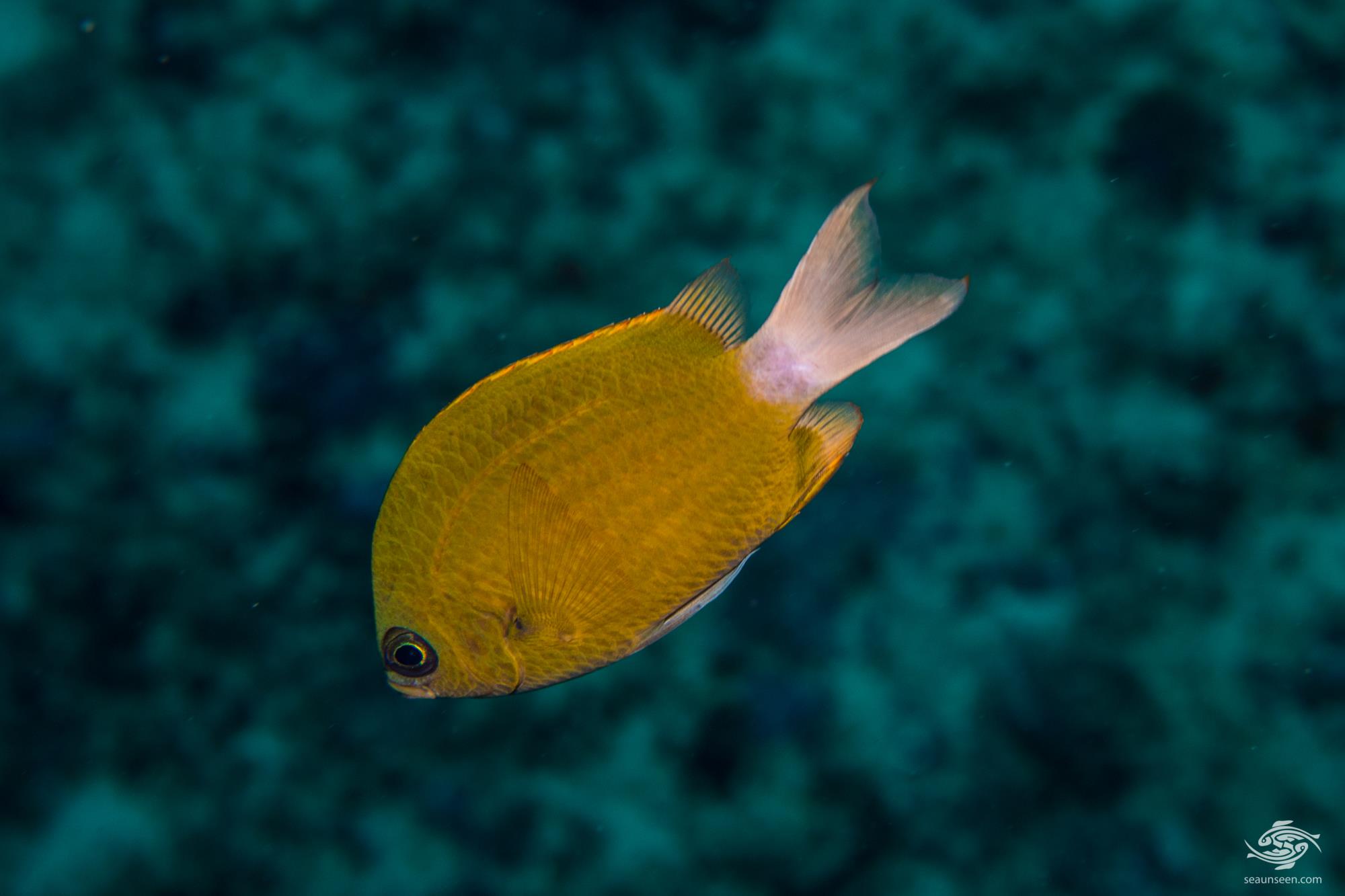 The Pemba chromis (Chromis pembae) is not a common fish on the Tanzanian coast and we have only seen them in three areas. They were only described by Allen in 2010, perhaps because they are generally found fairly deep.

The body has an elongated oval shape with a pointed nose. The body is a orange  brown colour and the caudal area and forked caudal fin are white. The eye is ringed in black and theadults grow up to 8 cm in length. 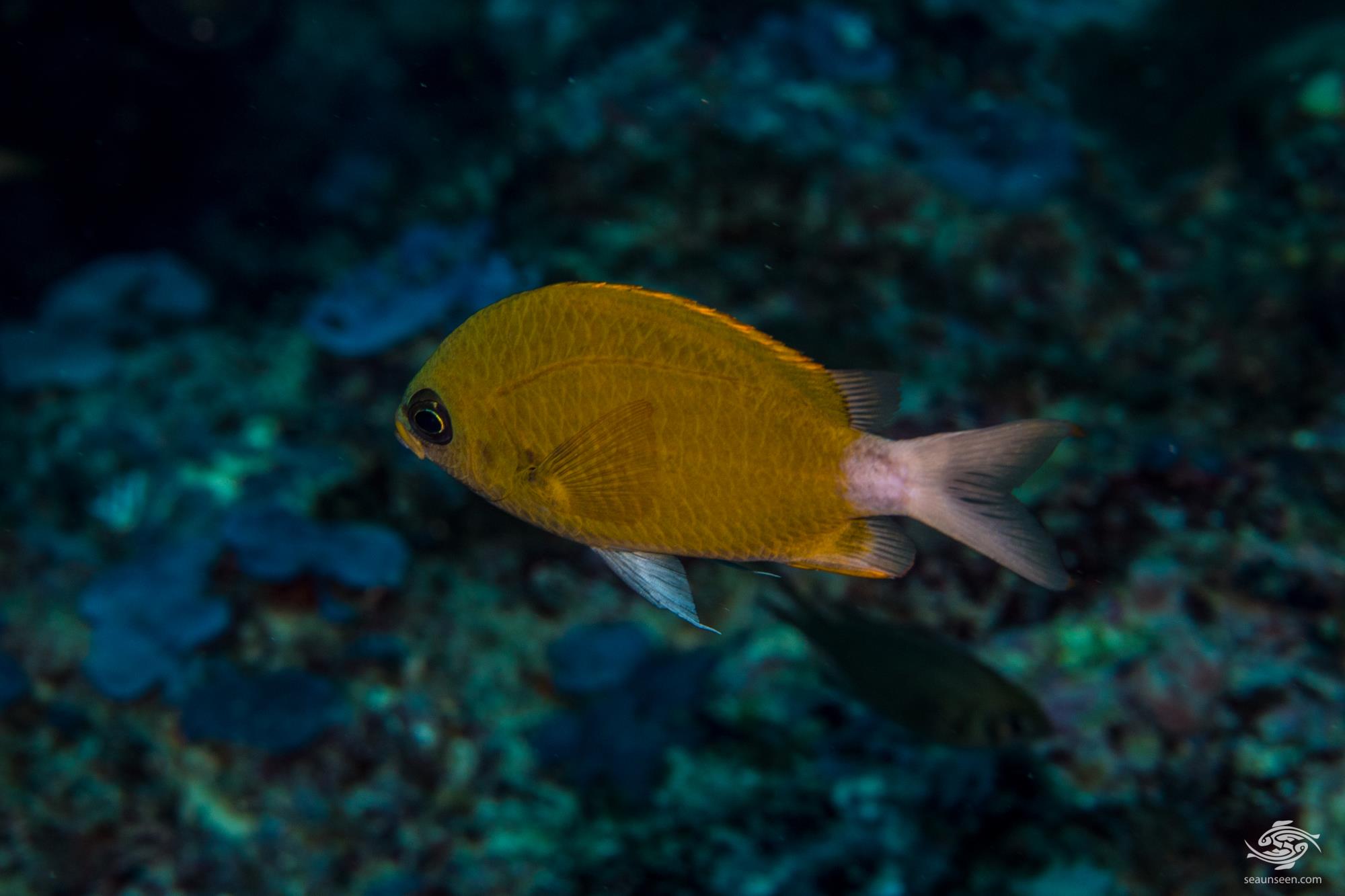 PEMBA CHROMIS IN THE WILD

Pemba chromis are not very common on Tanzanian reefs. They are usually found on steep sloping reefs from 30 meters downward.  They form loose shoals often with considerable distance between specimens.  The larger fish tend to swim higher above the substrate than the smaller fish. We have only seen them at around 35 meters off Dar es Salaam,  at similar depths off the east coast of Mafia Island and off Nune Island on a deep reef at similar depths.

The Pemba chromis is found on the East African coast from Tanzania northwards upintothe Red Sea and across the Arabian coast to the edge of the Persian Gulf.  They are also found in the Comoros Islands, Maldives and the Seychelles. 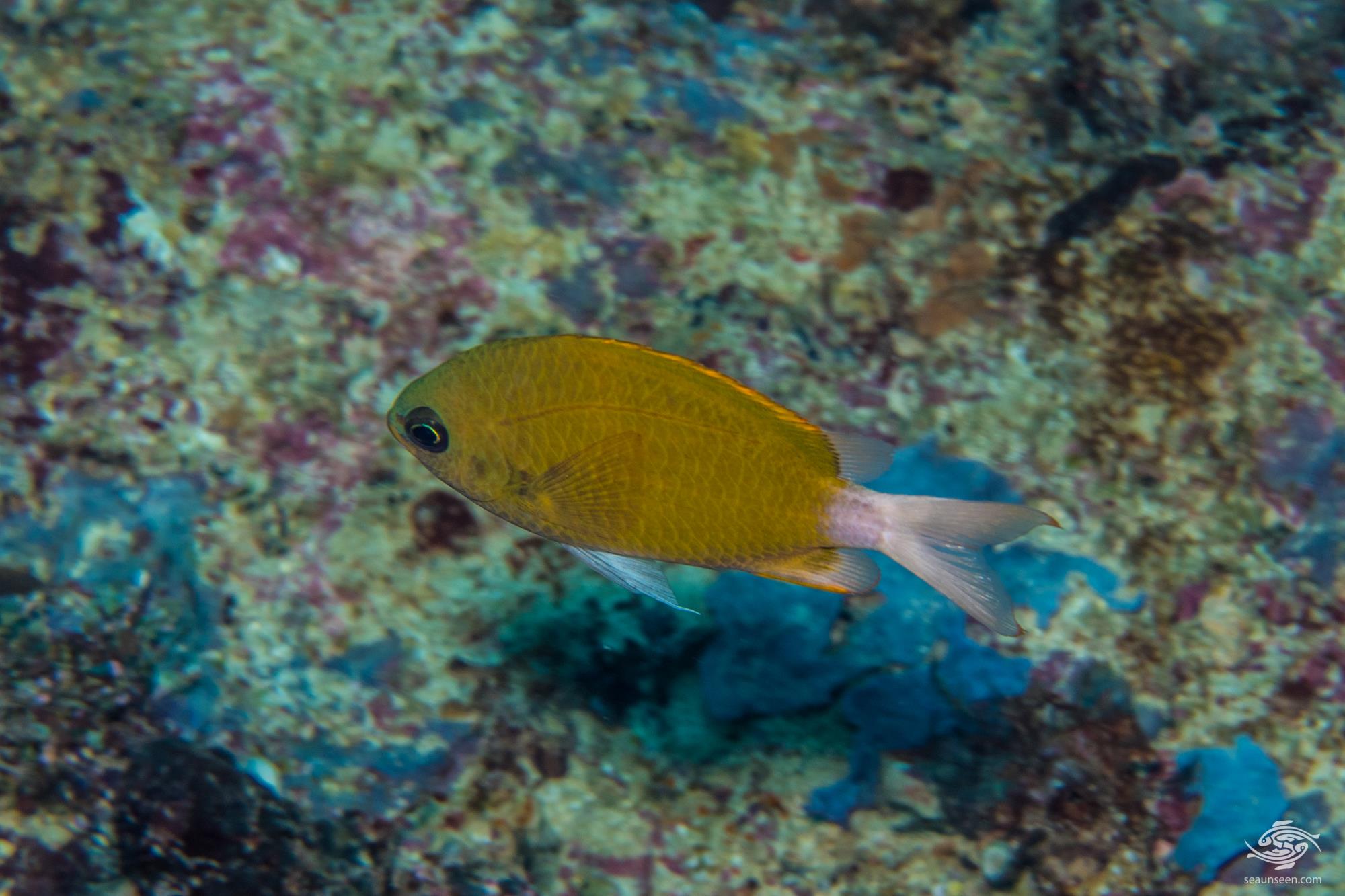 The Pemba chromis feed on zooplankton.

The Pemba Chromis follow the normal Damselfish behavior. Pairing before mating is usual and after the male cleans a patch for the eggs, mating takes place. The eggs are demersal and adhere to the substrate. The males guard and aerate the eggs until they hatch.

Pemba Chromis are likely hardy fish and are probably easy to keep in an aquarium. However as with most damselfish they will undoubtedly become highly territorial as adults. It is almost a certainty that they will harass and beat up more peaceful fish. As a result they are not common in the trade.
SEE OUR OTHER POSTS ON DAMSELFISH