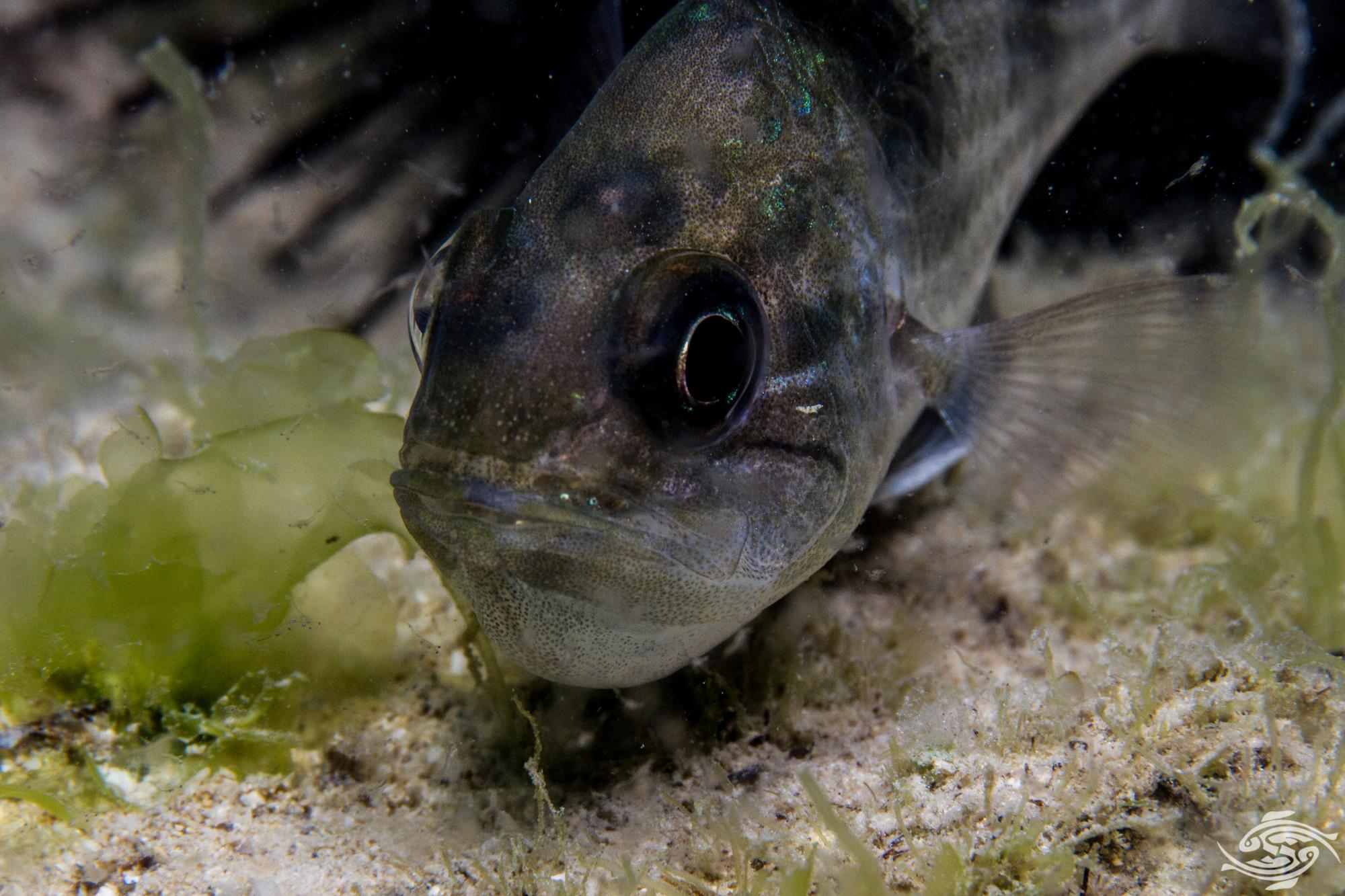 The Pharaoh cardinalfish Apogonichthyoides pharaonis is not a commonly known cardinalfish. They are found only in the western Indian Ocean but have extended their range and migrated up the Suez canal. They are now recorded as far north as Turkey.

The Pharaoh cardinalfish has proportionally large eyes and have two dorsal fins. The dorsal and caudal fins are translucent. The body is a silver colour and there are three bars down the body. There is a prominent eye spot ringed in light yellow in the forward bar which runs down from the first dorsal fin. The first three spines of the dorsal fin are black. The specimens in the images were all photographed at night. 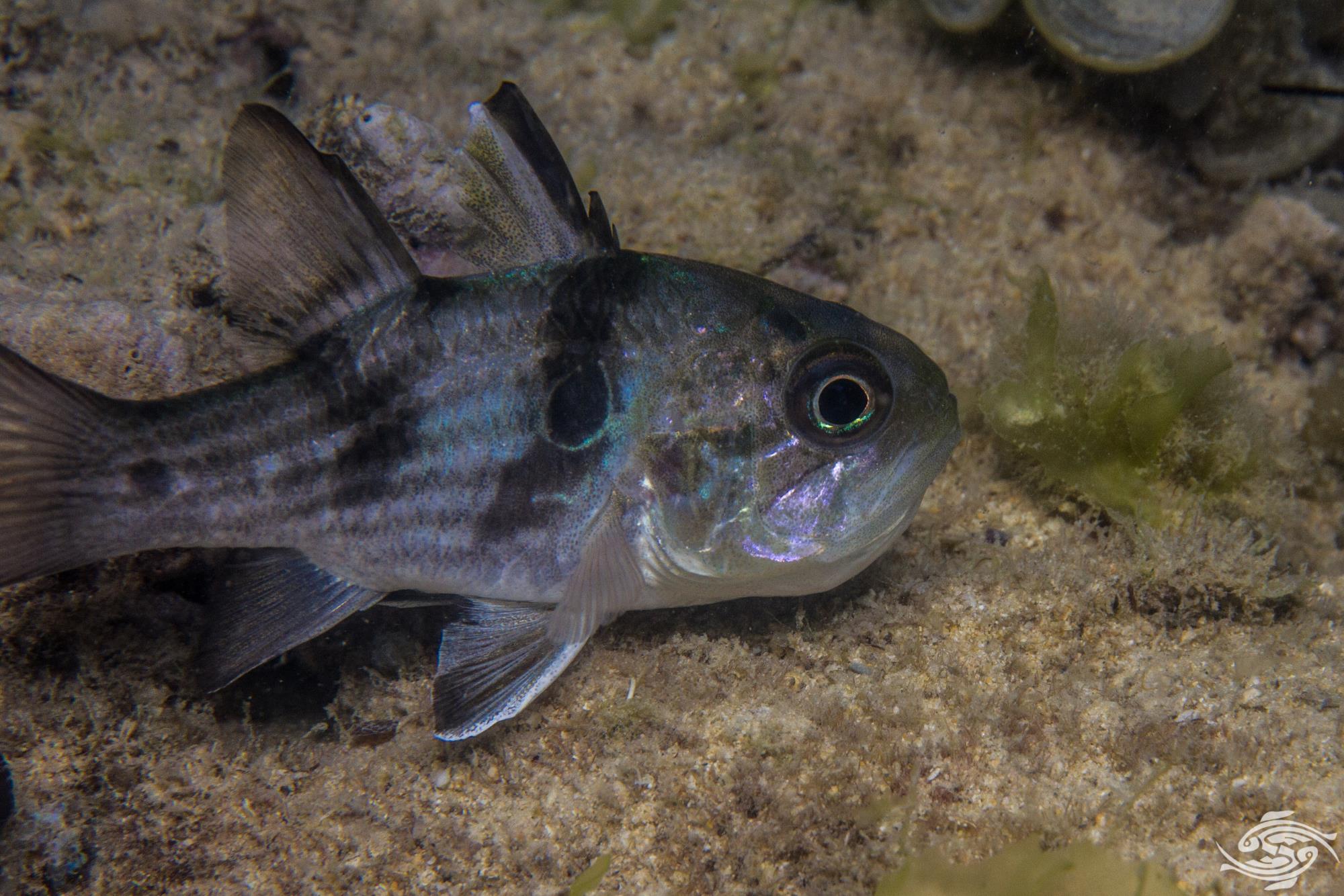 We have only seen Pharaoh cardinalfish species on two dives in Tanzania. They were photographed on a night dive in the shallows in Msasani bay in Dar es Salaam, Tanzania. They were seen on a mixed coral/rubble area adjacent to sea grass beds in approximately 2 to 3 meters. Only once have we seen one specimen on a deeper dive at 12 meters. 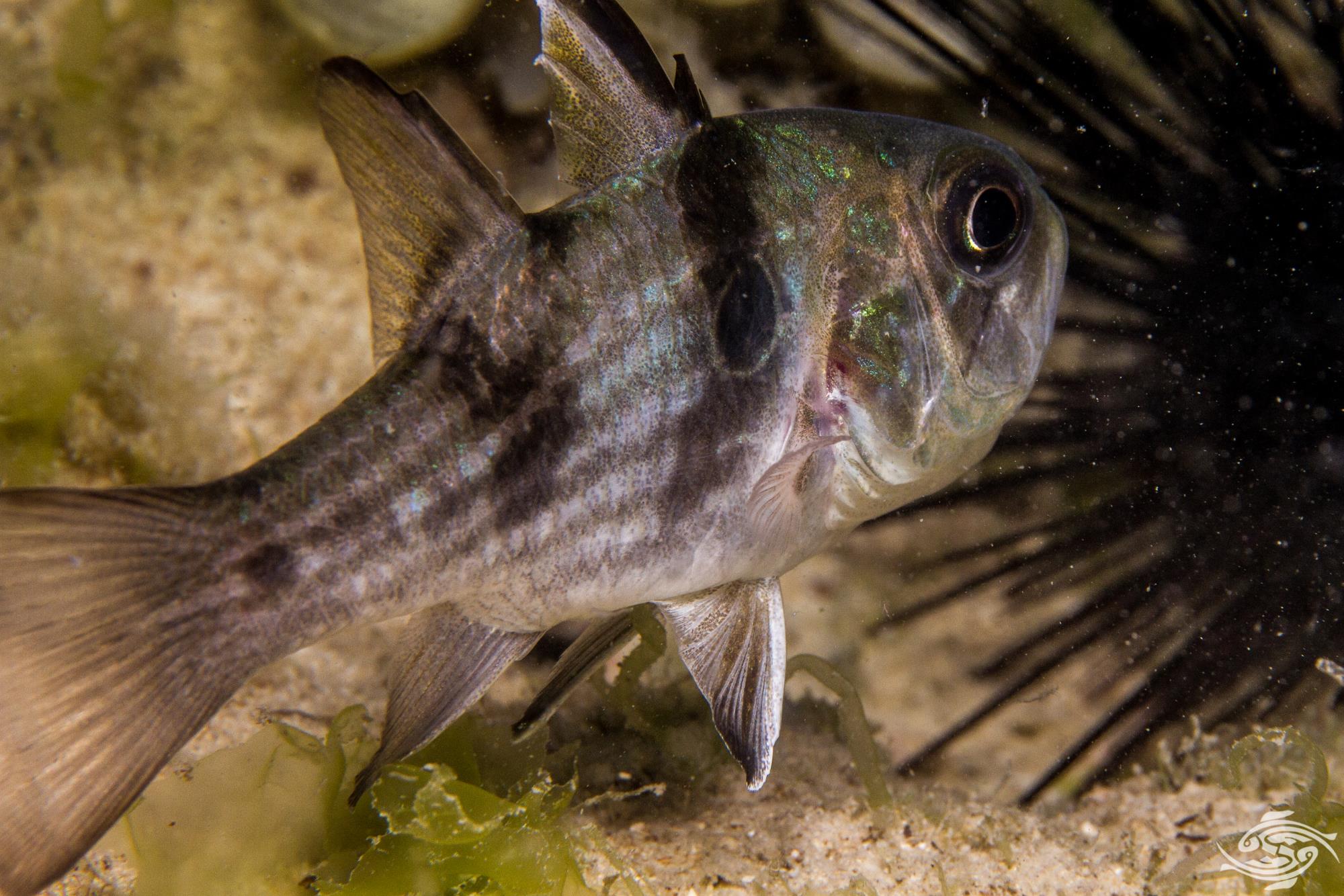 The Pharaoh cardinalfish was originally found only in the western Indian ocean and the Red sea. They have now migrated up the Suez canal a process known as Lessepsian migration. They have been recorded as far north as Turkey. 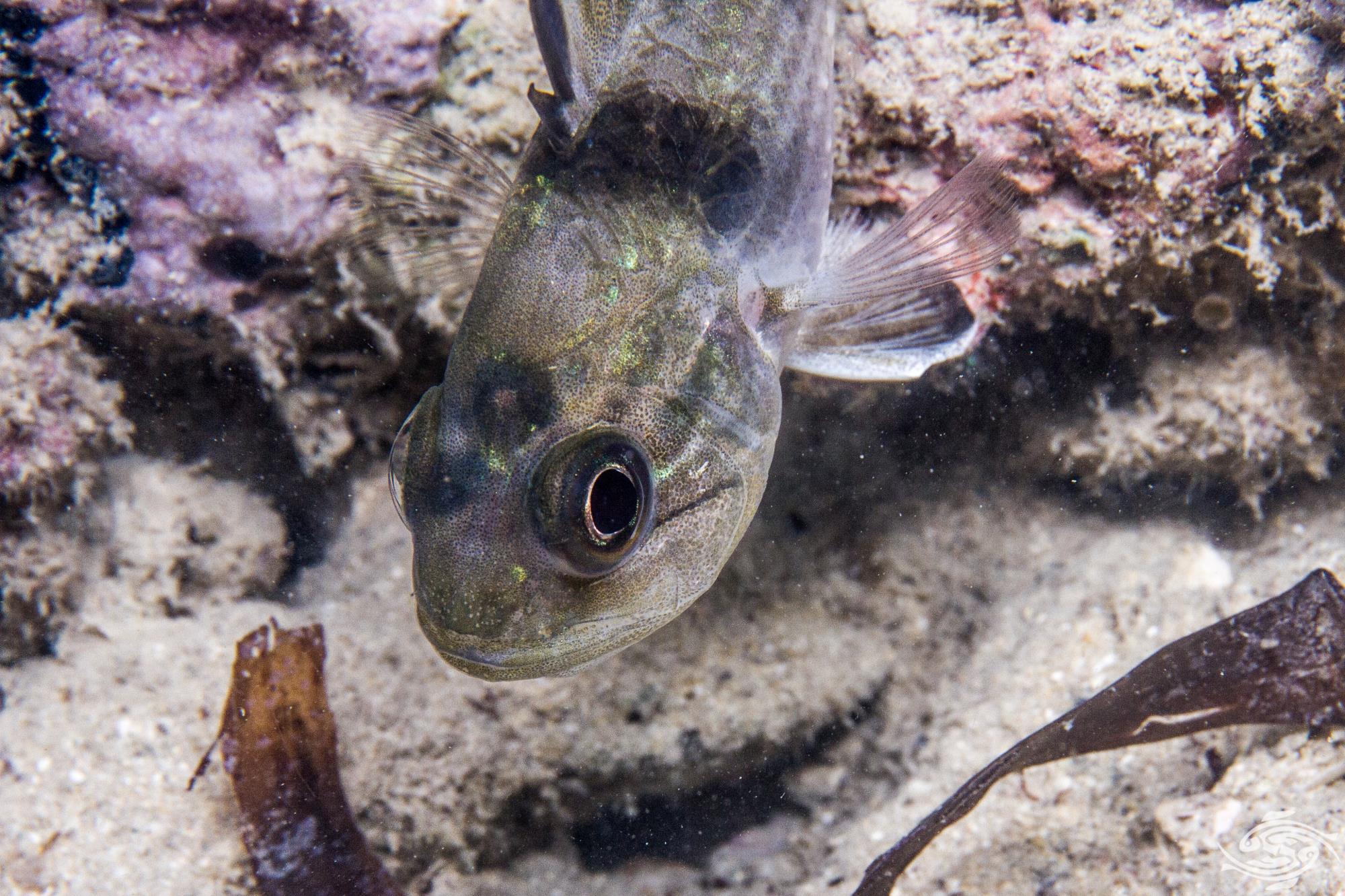 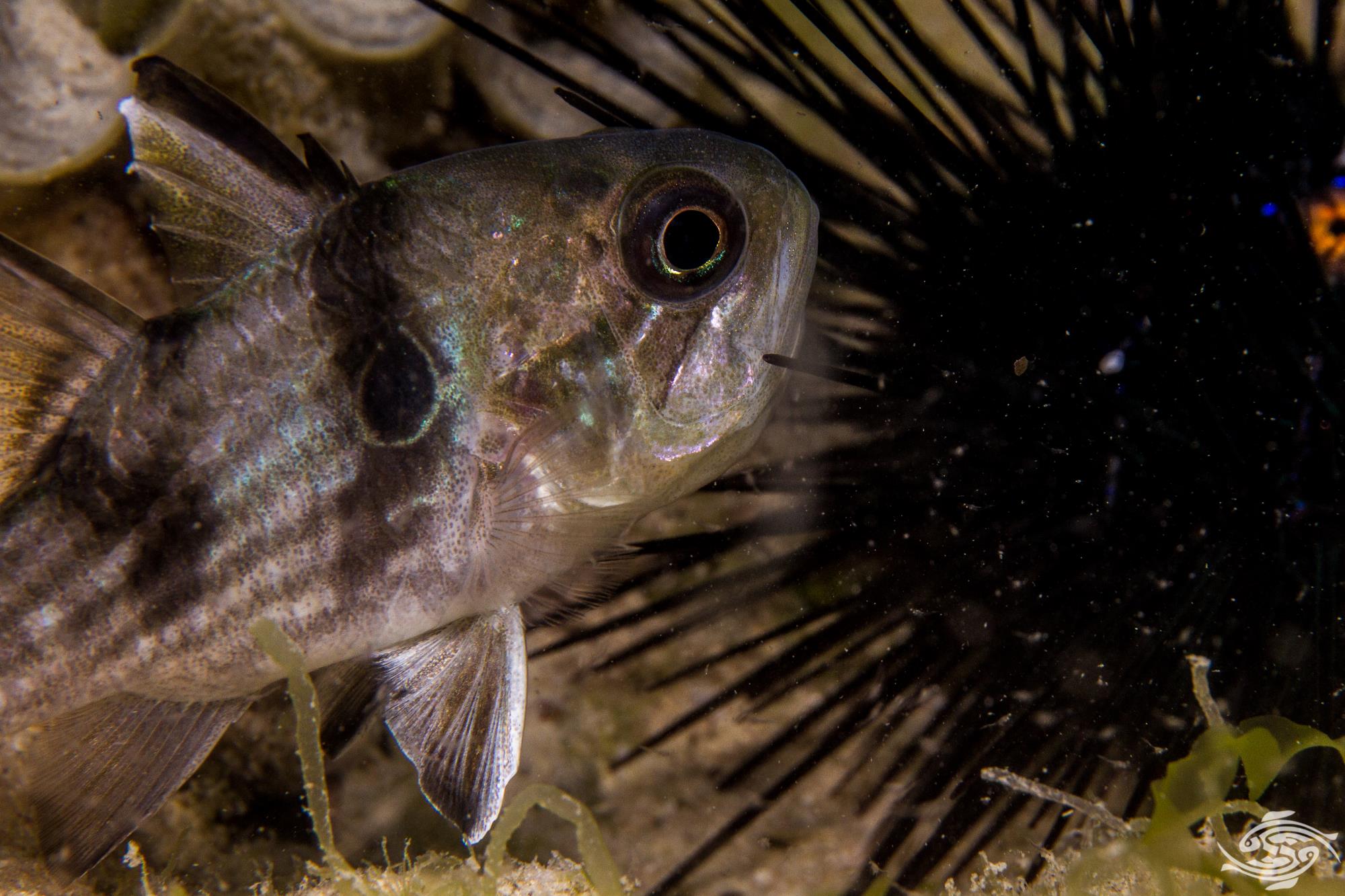 During breeding pairs are formed and after performing a mating dance, the eggs are laid by the female and fertilized by the male. The male then collects the fertilized eggs and carries the eggs in his mouth until they hatch. During this time the male cannot feed. Towards the end of the incubation period the males become quite skinny making the protruding mouth more noticeable. This can result in cannibalism with the male eating some of the eggs. The image below is of a male with eggs in his mouth. 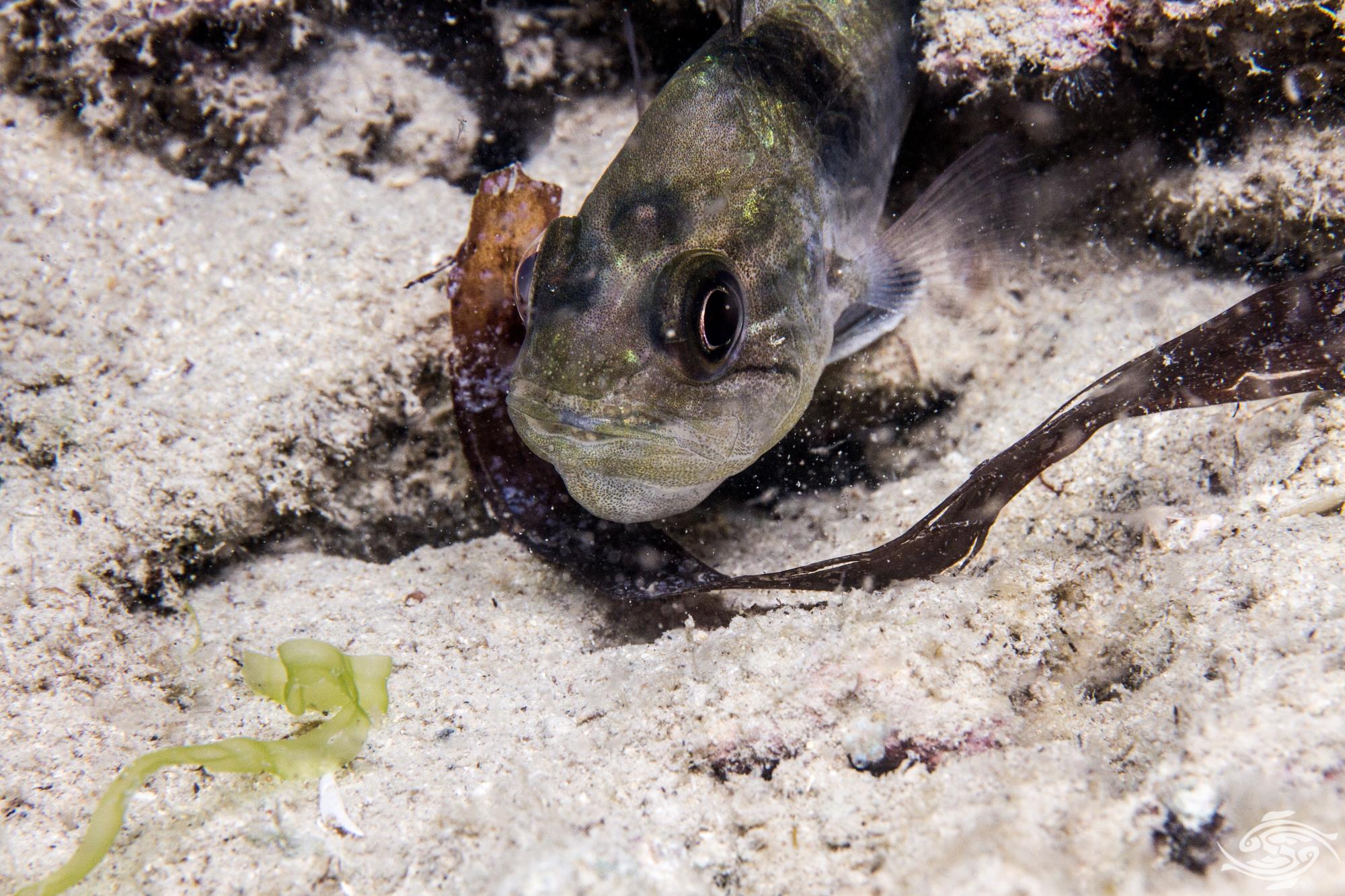 Pharaoh cardinalfish are probably not commonly kept in aquariums. Some cardinalfish have been bred in captivity by breeders such as Orafarm where they are occasionally available. 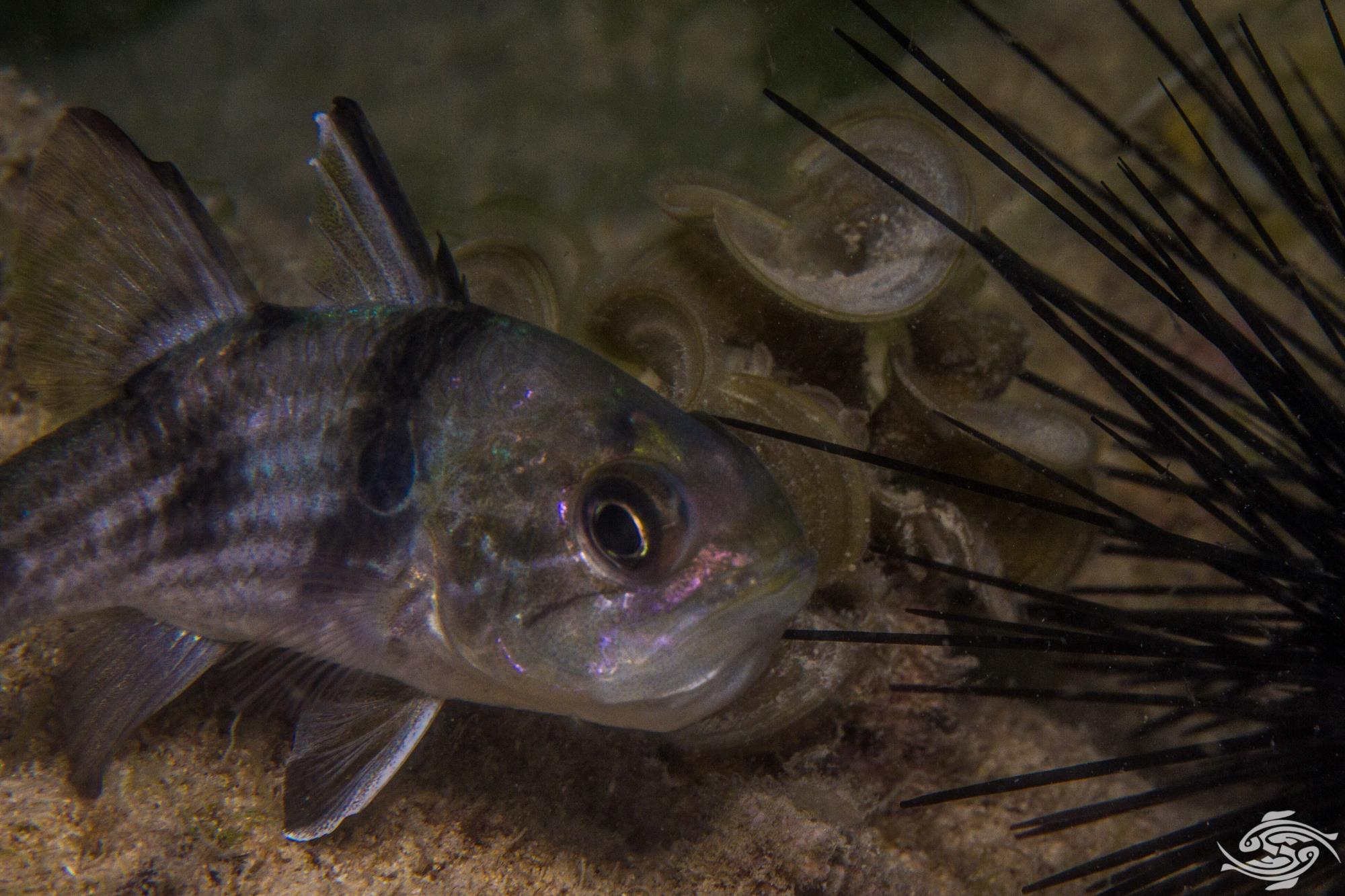