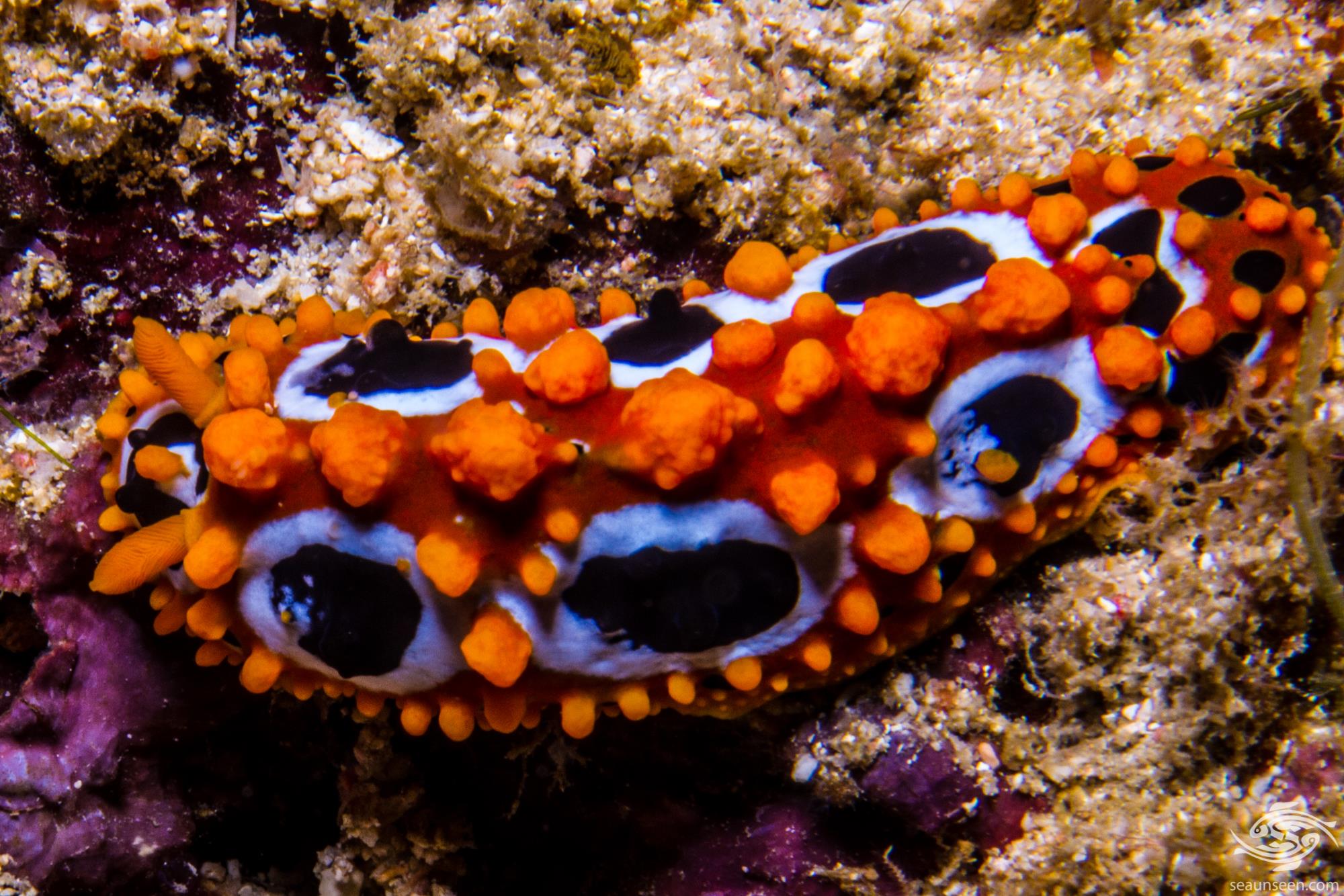 The Phyllidia ocellata is a dorid nudibranch, a marine gastropod mollusk. Their colours and patterns are highly variable. 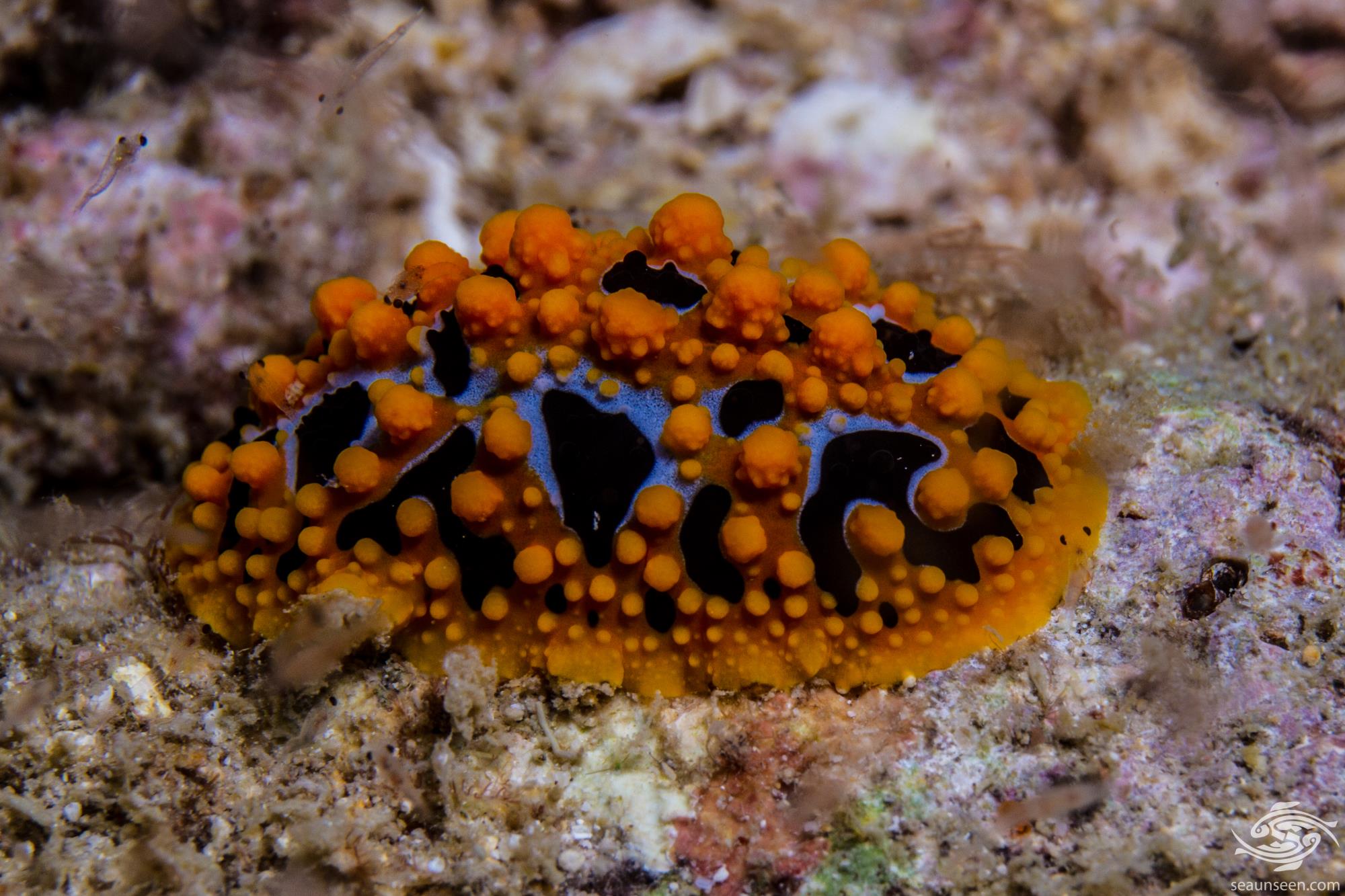 Phyllidia ocellata have an elongated oval shape and a row of tubercles running down the center of the body. There is usually a further row of tubercles along each side of the body and on some specimens the rows join up to the central row. The background body colour varies from a yellow colour to a bright orange. The rhinophores usually match the background colour. Usually there are a series of large black dots surrounded by a white border. On some specimens the black dots join up to each other and others do not. Both the patterns and the colours are highly variable. They grow up to 7 centimeters in length. 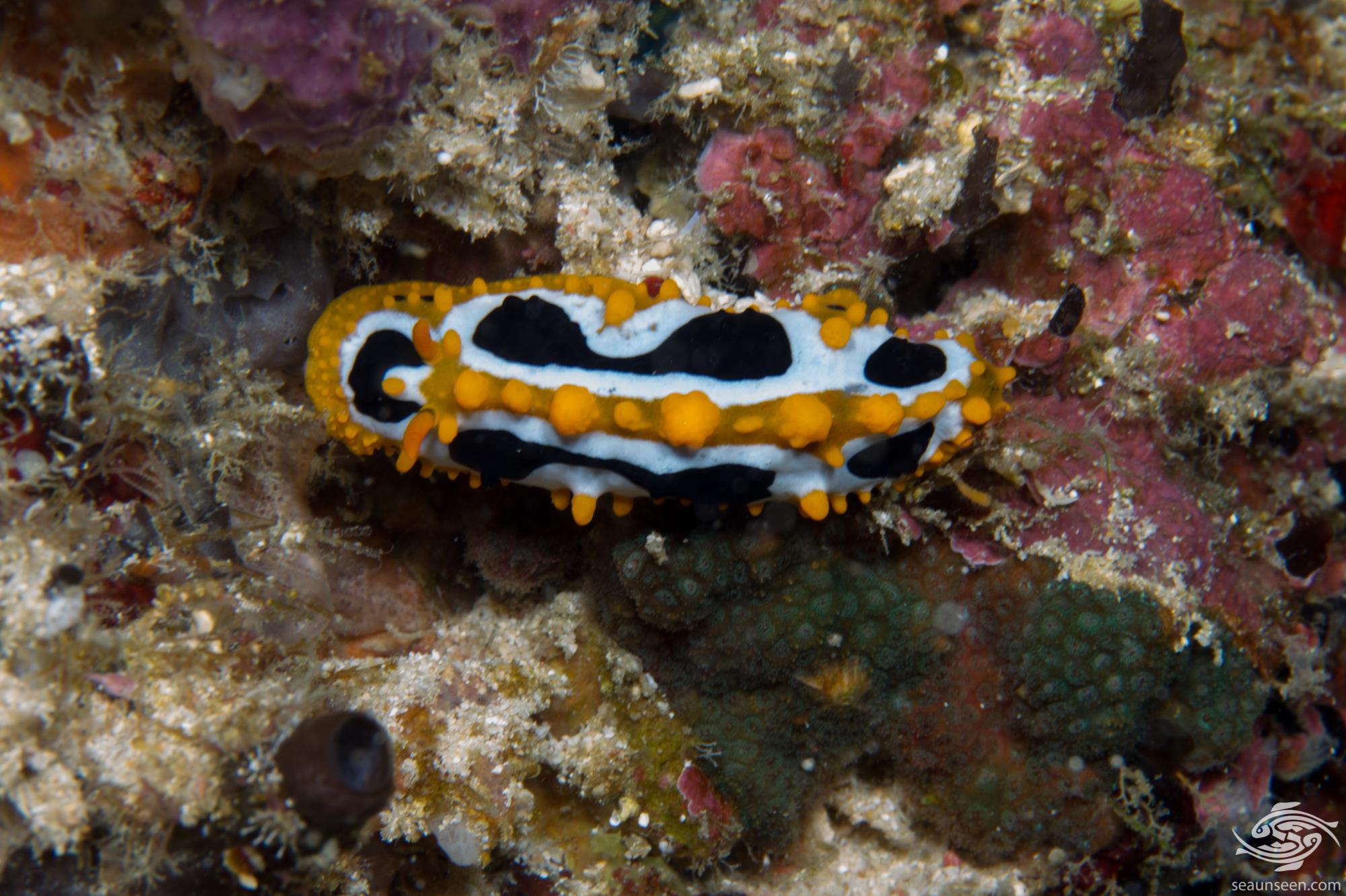 PHYLLIDIA OCELLATA IN THE WILD

Phyllidia ocellata are reasonably common nudibranchs in Tanzanian waters. Usually they are seen singly but occasionally in pairs. On their mantle they have a series of glands which are able to secrete toxic substances. These substances are synthesisized from the toxic chemicals in the sponges that they prey on. Having the ability to secrete toxic substances provides them with protection against predators and their bright colours advertise this to predators. More often than not they are seen out in the open during the day but we have seen them under overhangs.

Research on the chemicals synthesized by Phyllidia ocellate for medicinal purposes is being conducted. 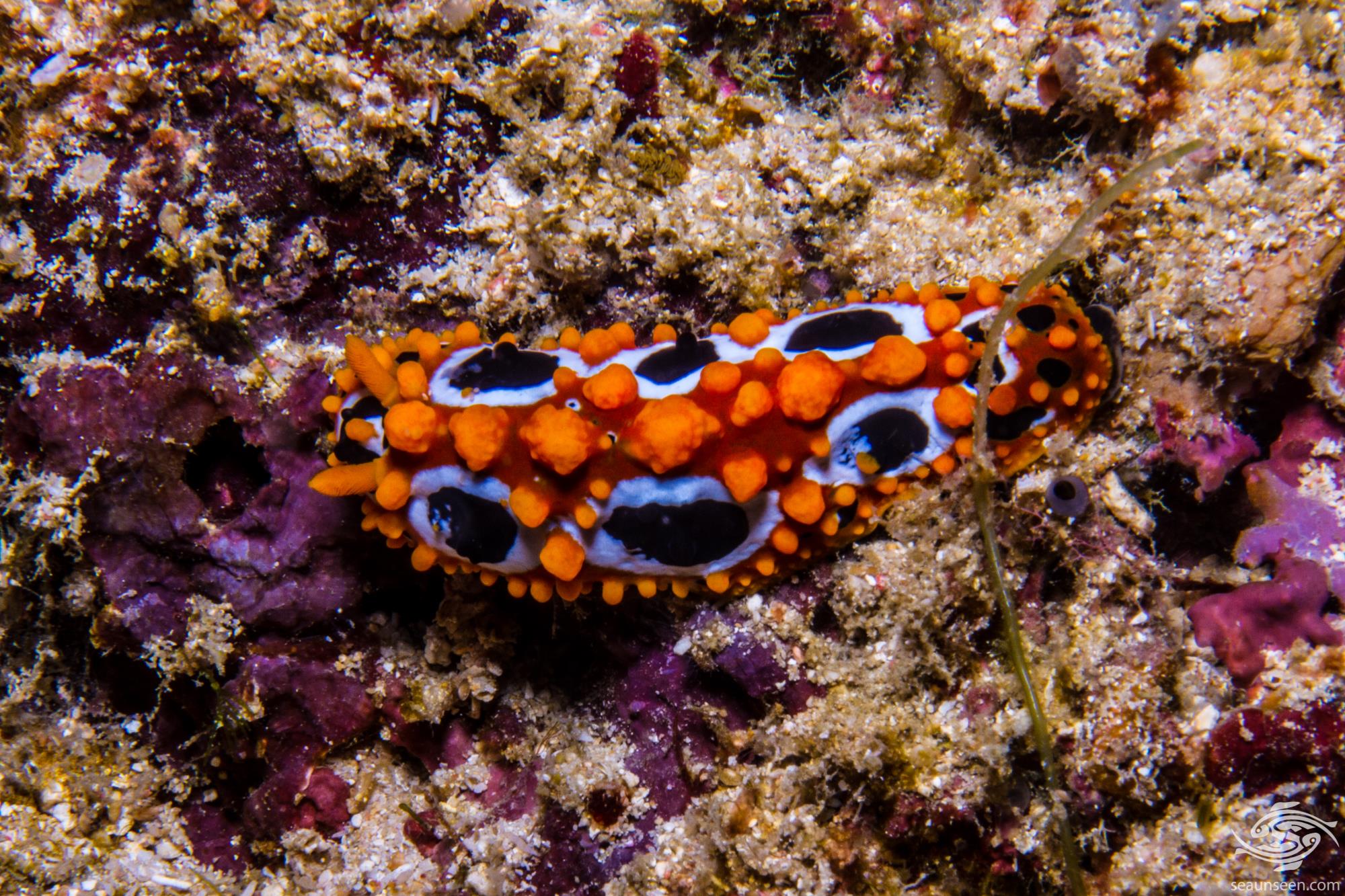 Phyllidia ocellata are found across the Indian ocean and in the west Pacific. 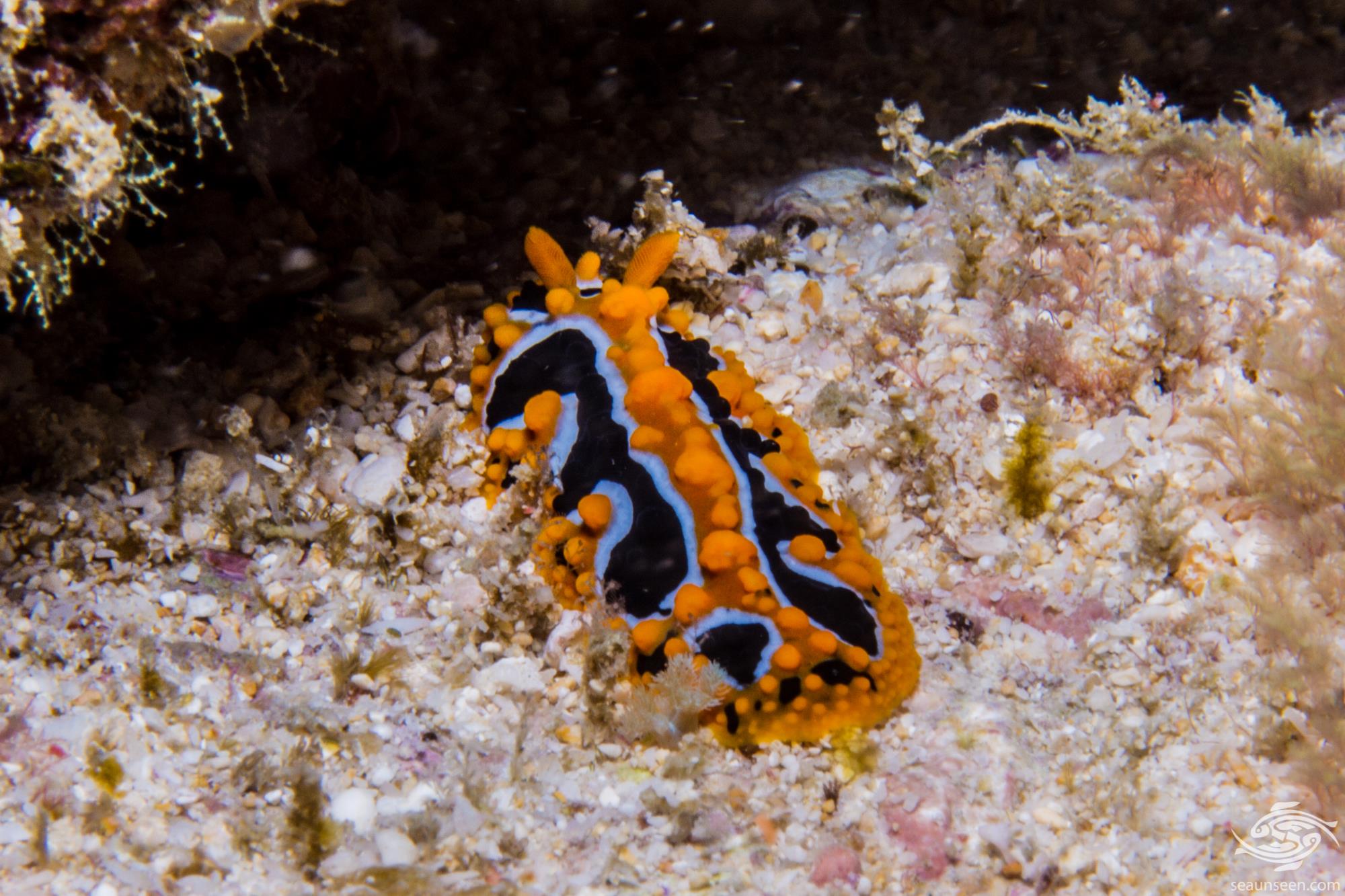 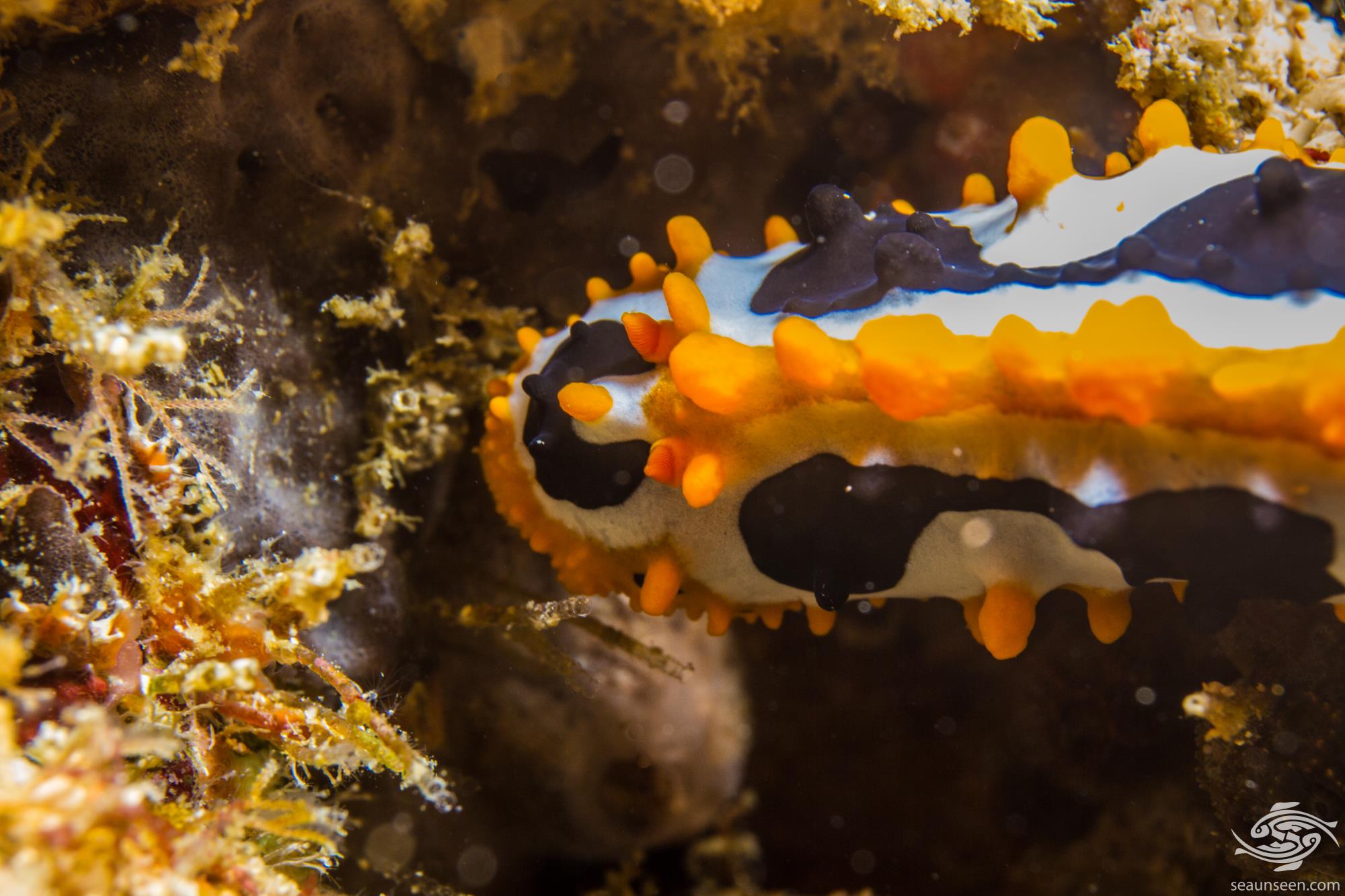 Phyllidia ocellata are simultaneous hermaphrodites and mating takes place by connecting the sexual organs which are on the right hand side of the body. Once the two organs hook up sperm is transferred across to each specimen. Eggs are laid on a solid substrate in a ribbon and when they hatch the larvae become planktonic before growing into adults. 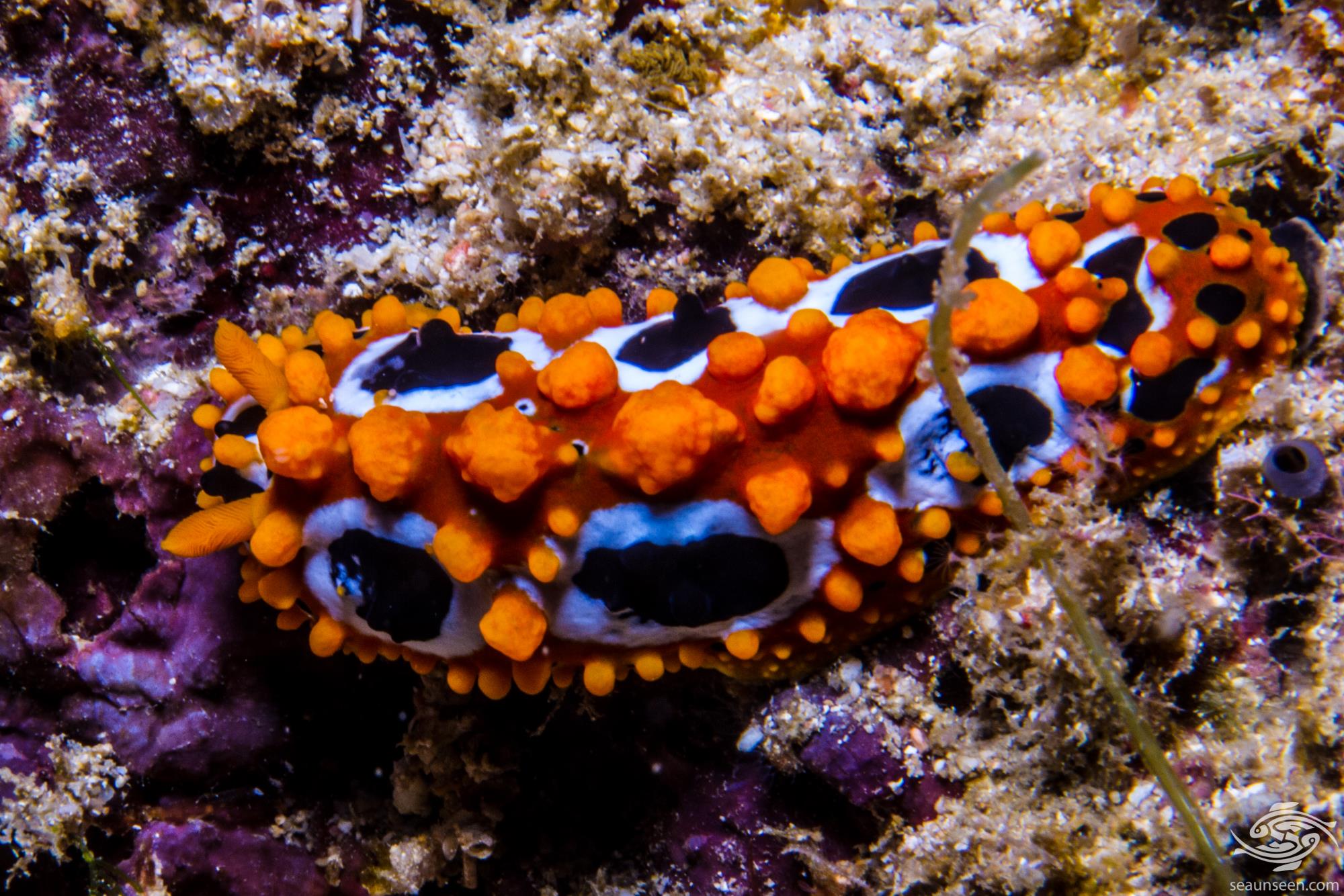 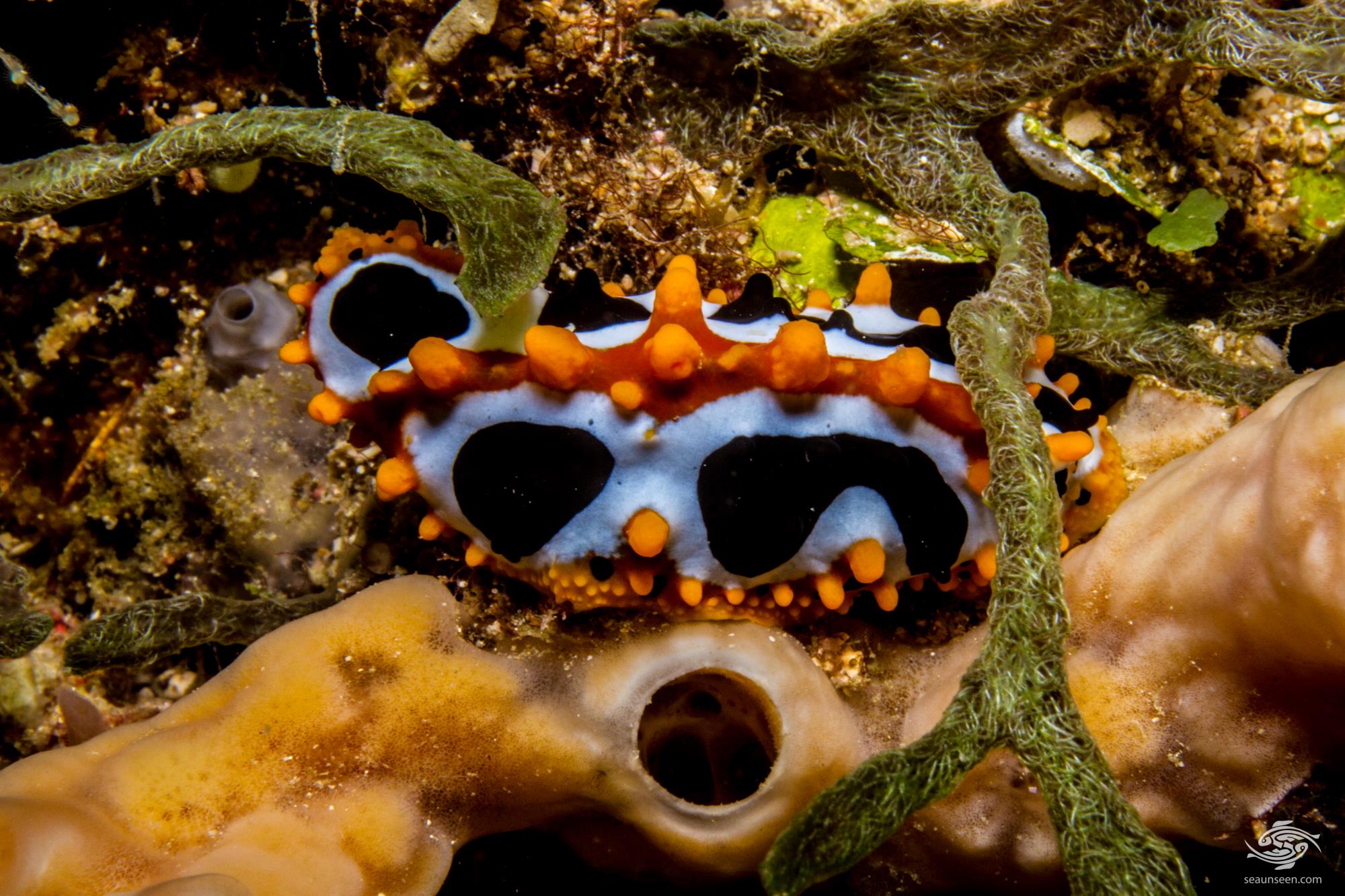 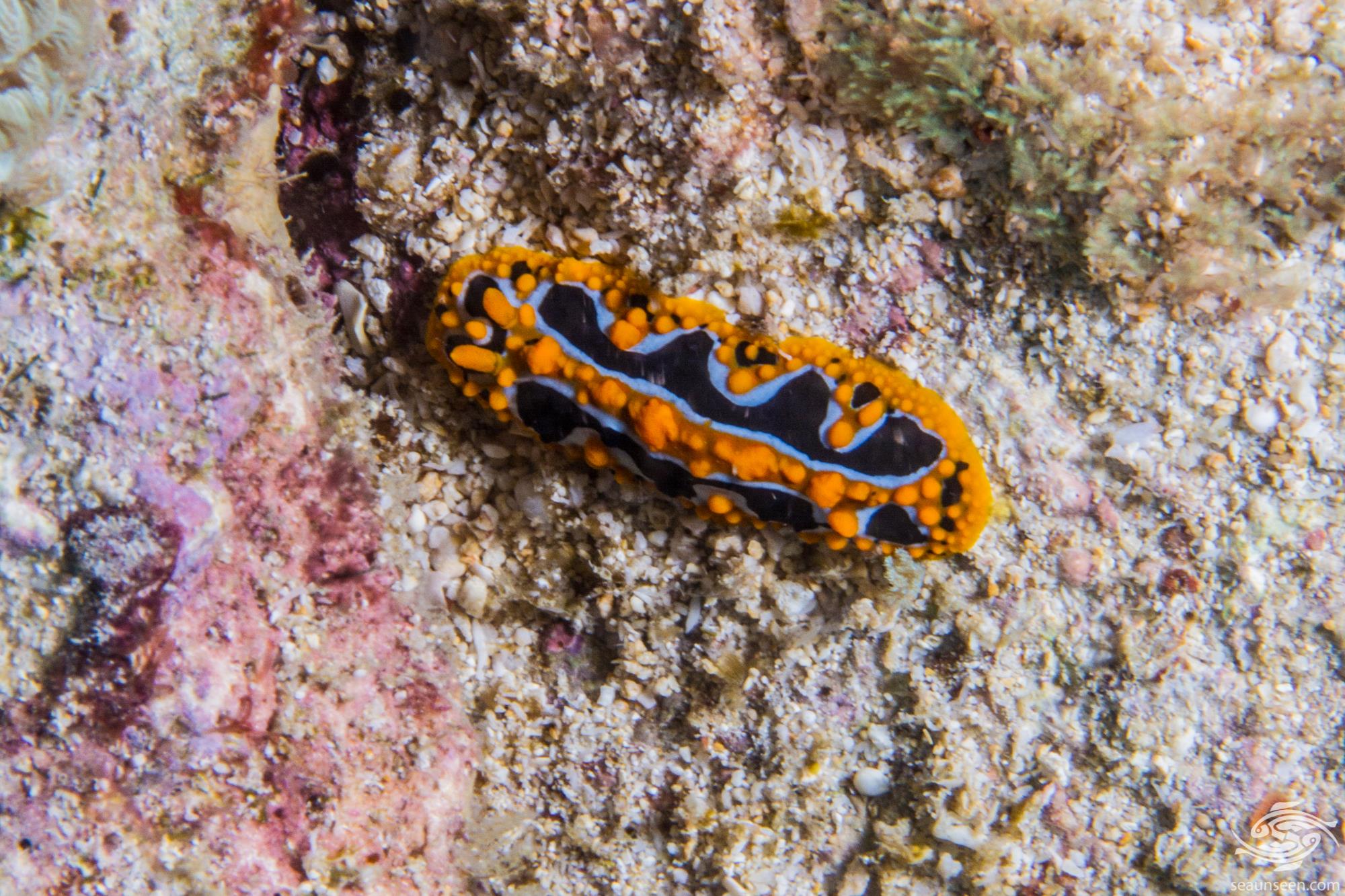 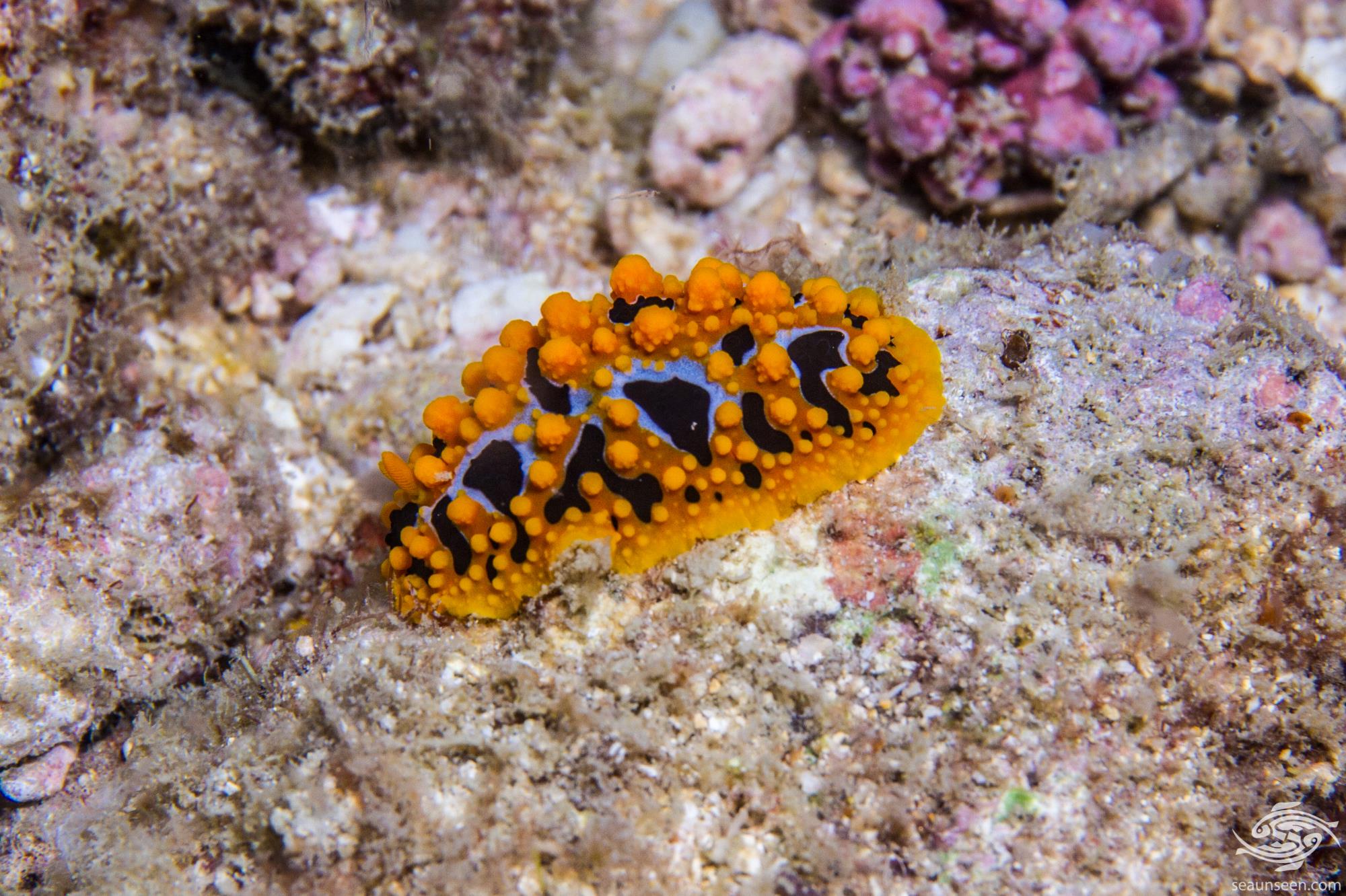