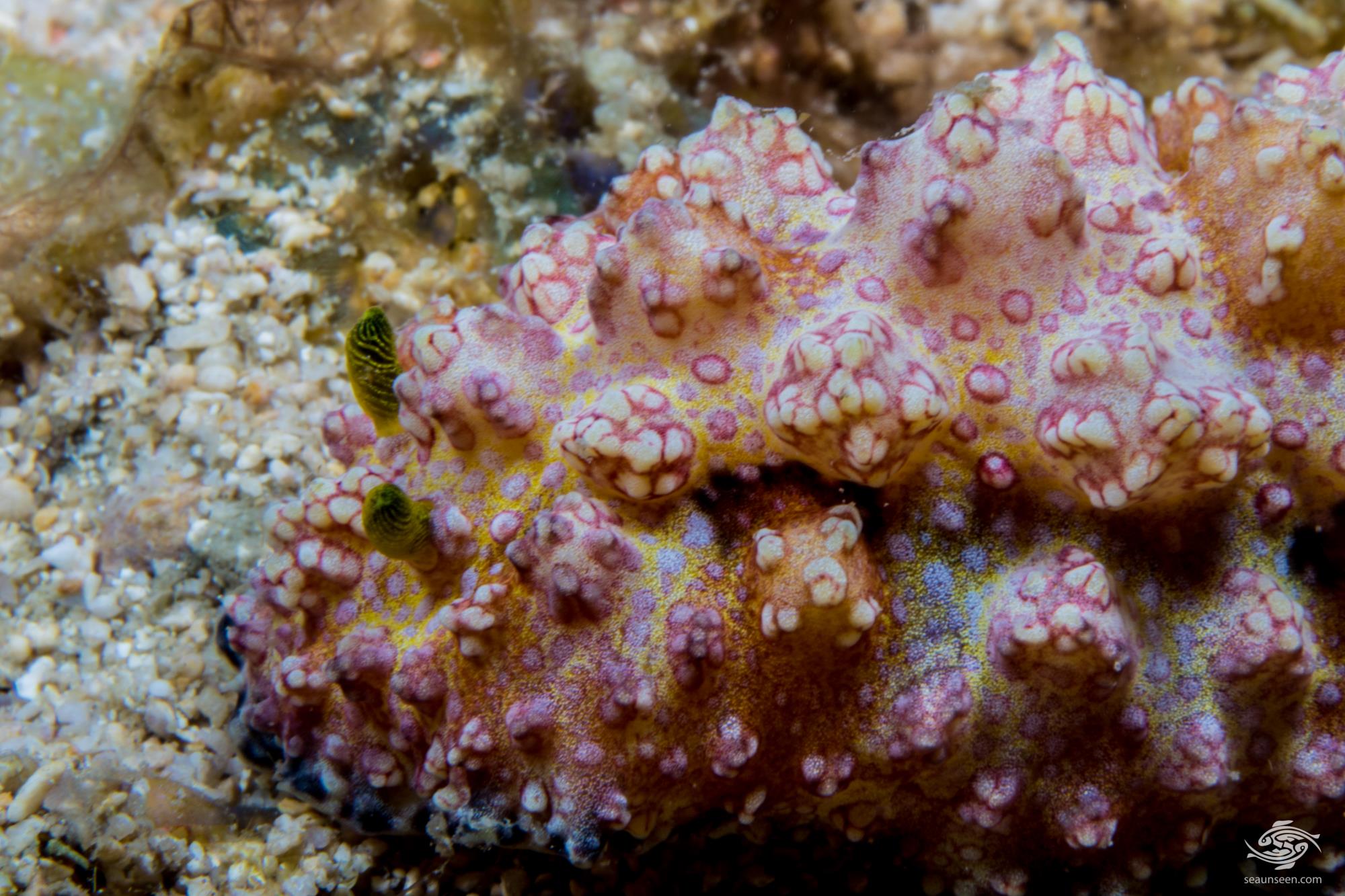 The Phyllidiopsis cardinalis also known as the Cardinal Phyllidiopsis is a dorid nudibranch, a marine gastropod mollusk. They were first described in Sri Lanka by Bergh in 1875. They are probably the most colourful phyllidiid but despite their bright colours are remarkably well camouflaged in some areas of the reef. 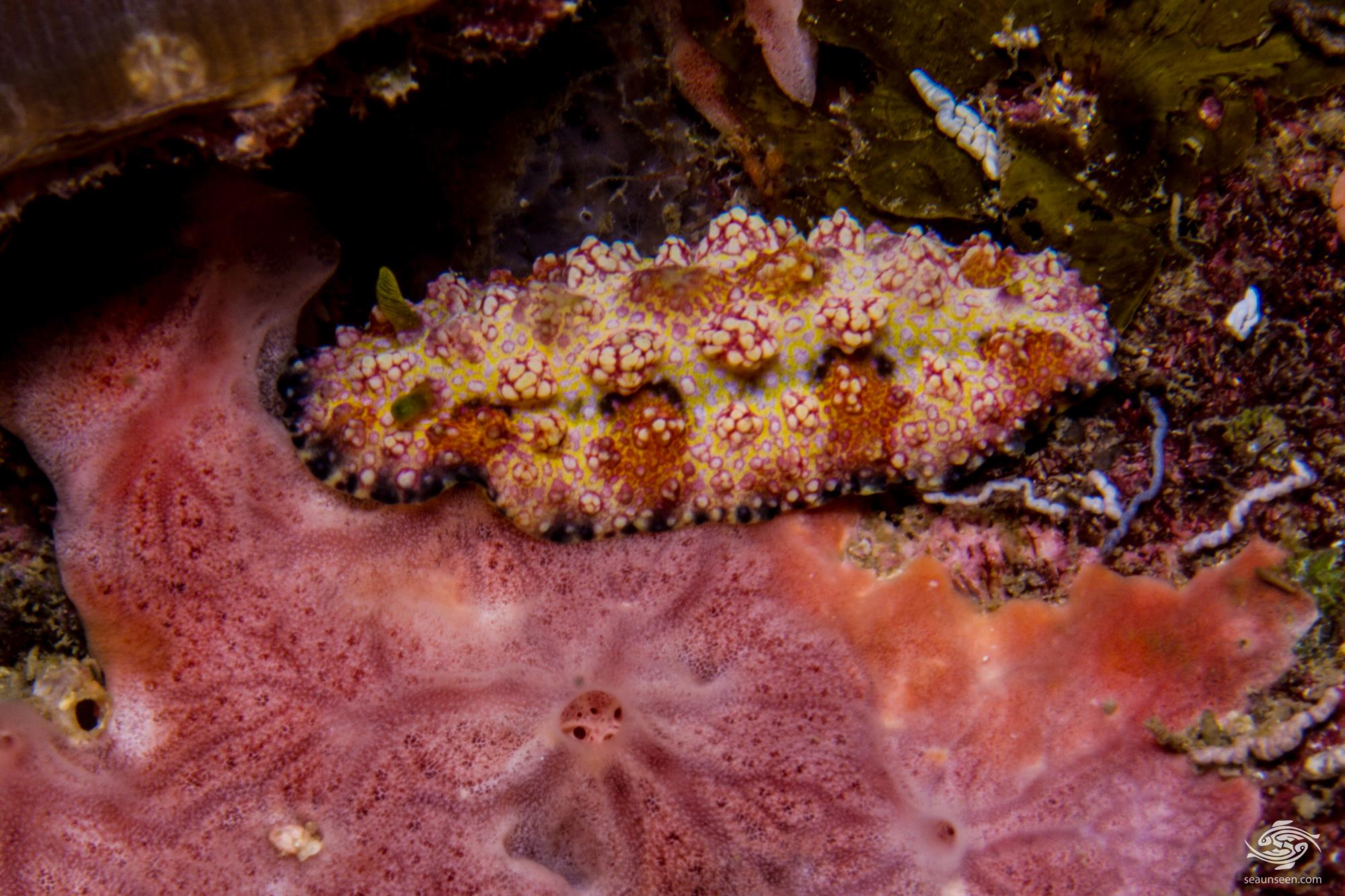 Phyllidiopsis cardinalis are the only known phyllidiid with green rhinopores and is therefore quite easy to identify even as small juveniles. The colors vary quite dramatically and the juvenile specimens we have seen are much darker than the adults. This may just be coincidence however and further research is necessary. The body has a large number of globular tubercles across it, with two rough rows across the top of the body having the larger tubercles. The colours which are not uniform vary greatly in Tanzania from a dull purple to red, orange, pink and yellow. Interestingly the darker colours are usually spread around the outside of each specimen and most have lighter colours on the mid back.  They grow up to 8 centimeters in length but they are usually smaller. 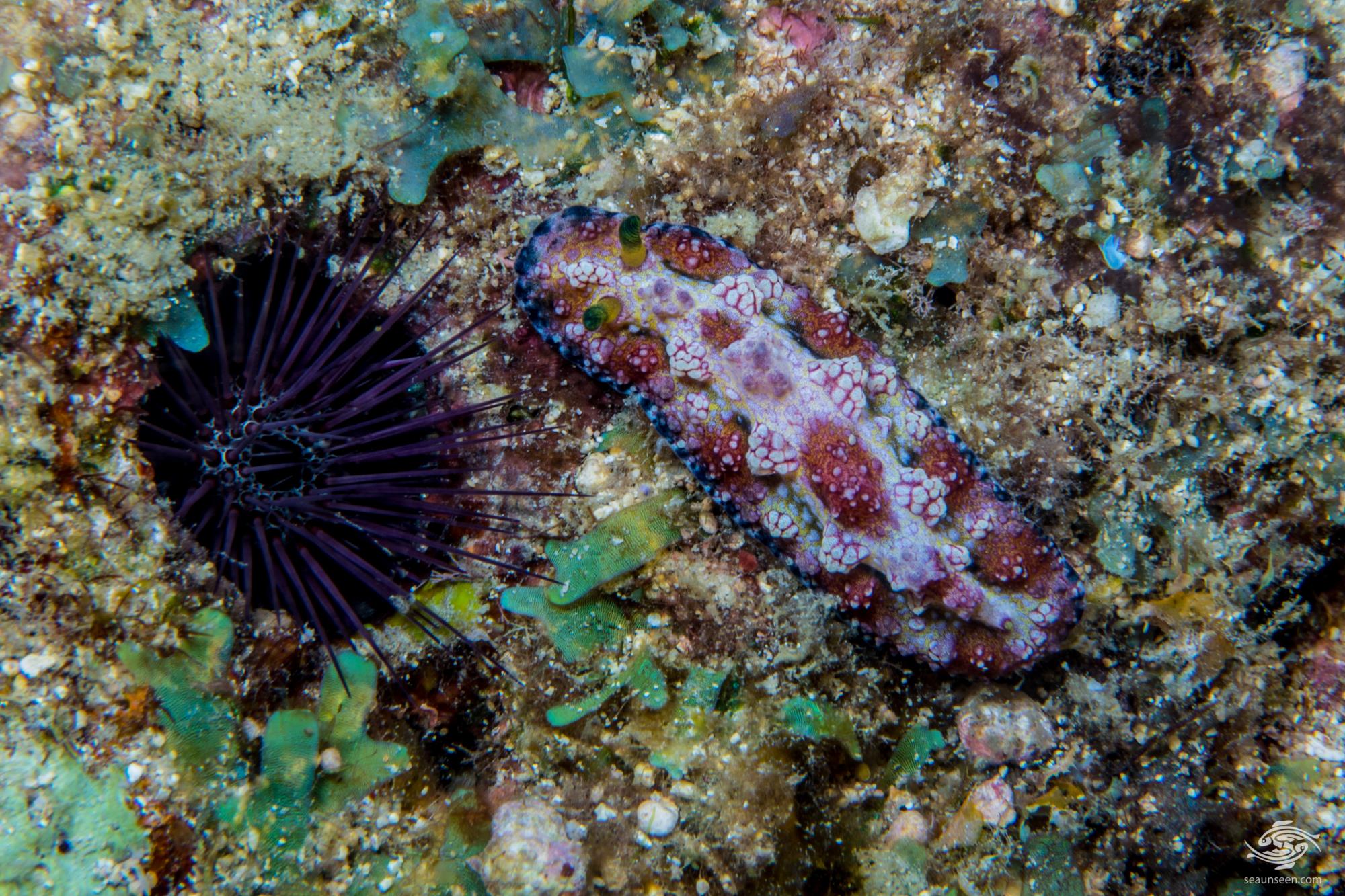 Phyllidiopsis cardinalis are not that common in Tanzanian coastal waters.  Interestingly research in Australia seems to indicate that they are often hidden under rubble during the day. In Tanzanian coastal waters one seldom sees them, but when one sees one out one is likely to see a few others in the same area for a period of several weeks. The record to date being three on one dive. This usually occurs in March when the waters are at their warmest with water temperatures of around 30 C.  They are most common on shallow protected reef and mixed rubble between 8 meters and 14 meters.  Other than at this time they are seldom seen. 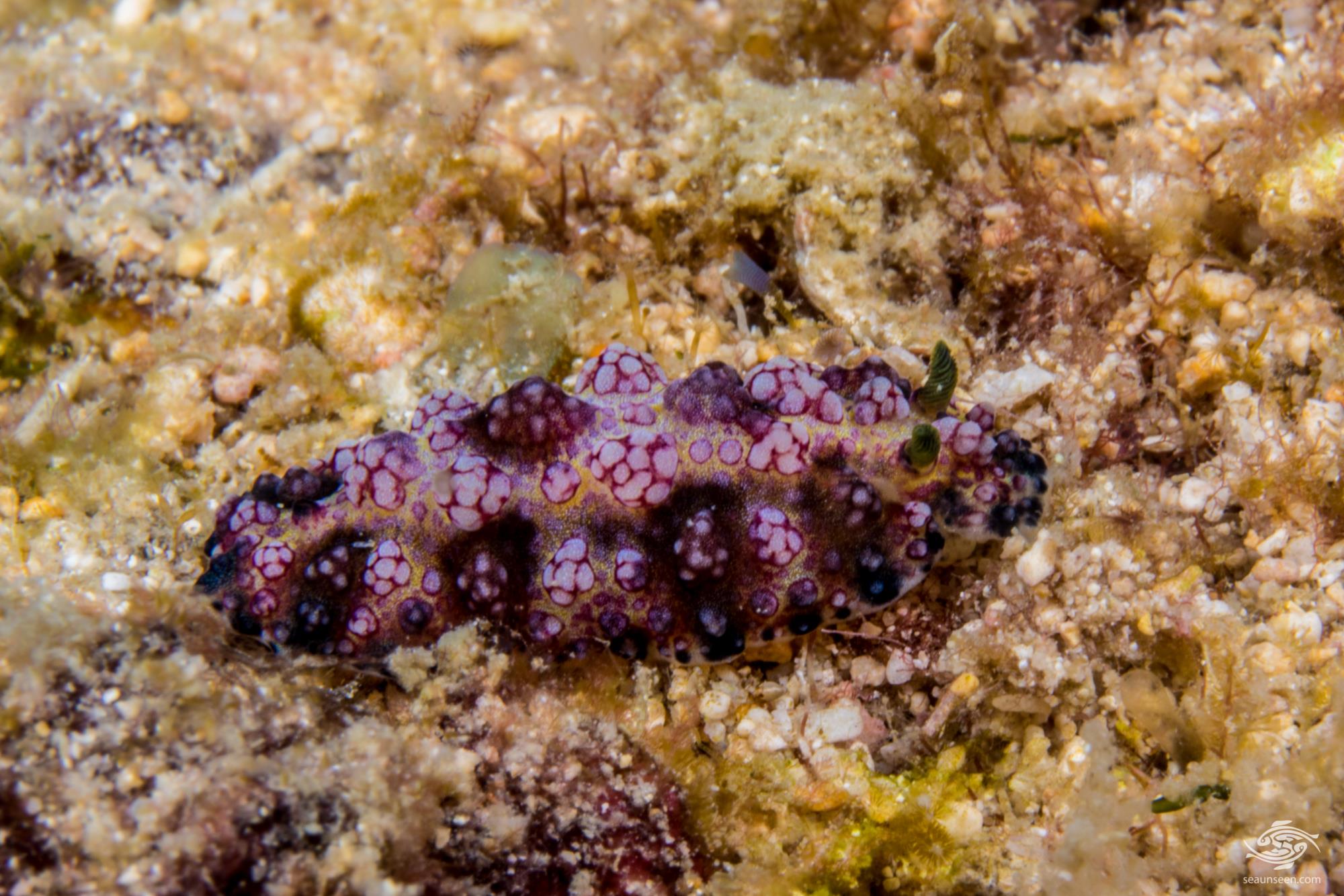 The Phyllidiopsis cardinalis is found across the Indian ocean and in the west Pacific. Indo-West Pacific: Red Sea to Reunion and to Australia, Papua New Guinea across to Fiji 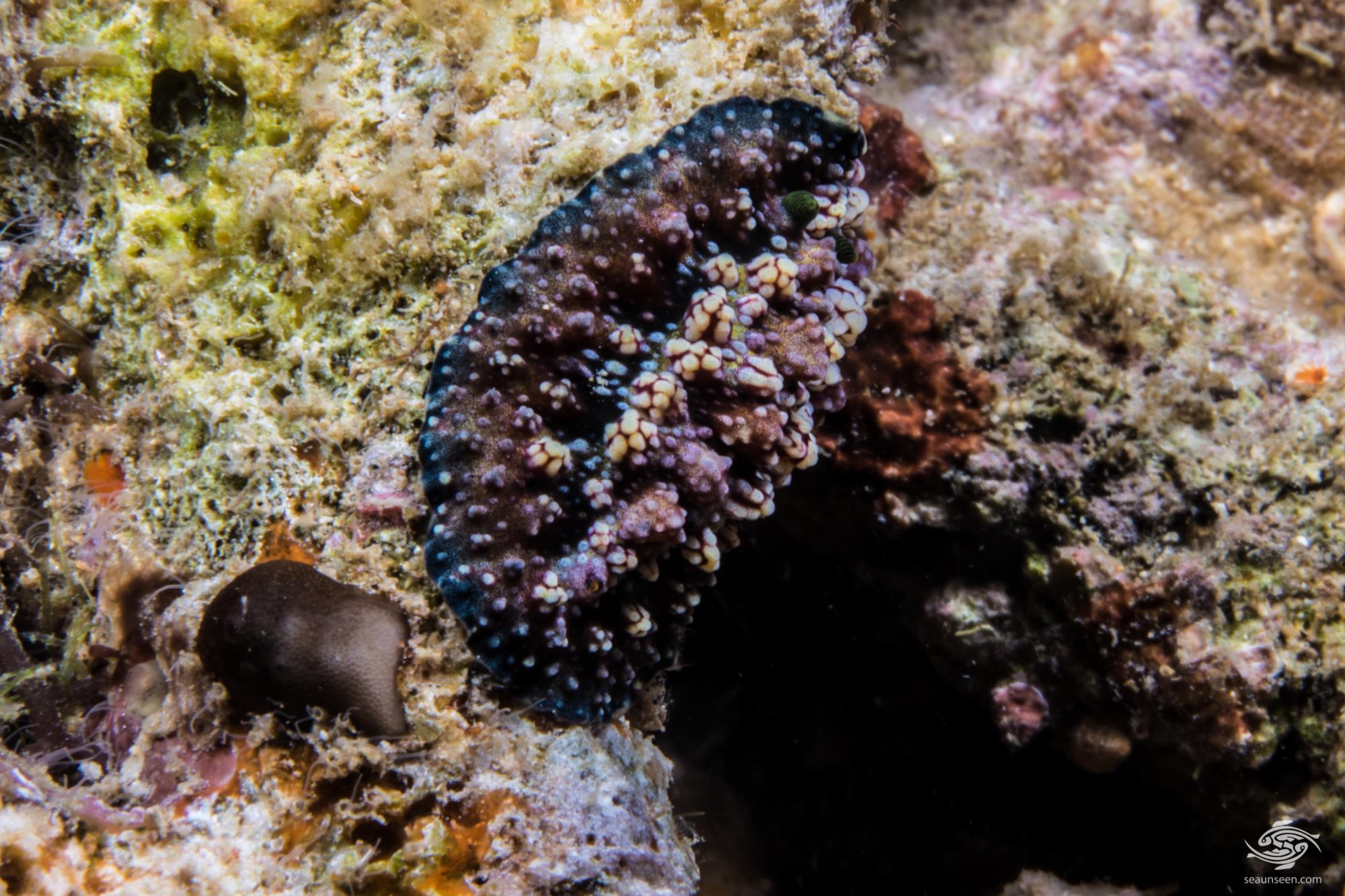 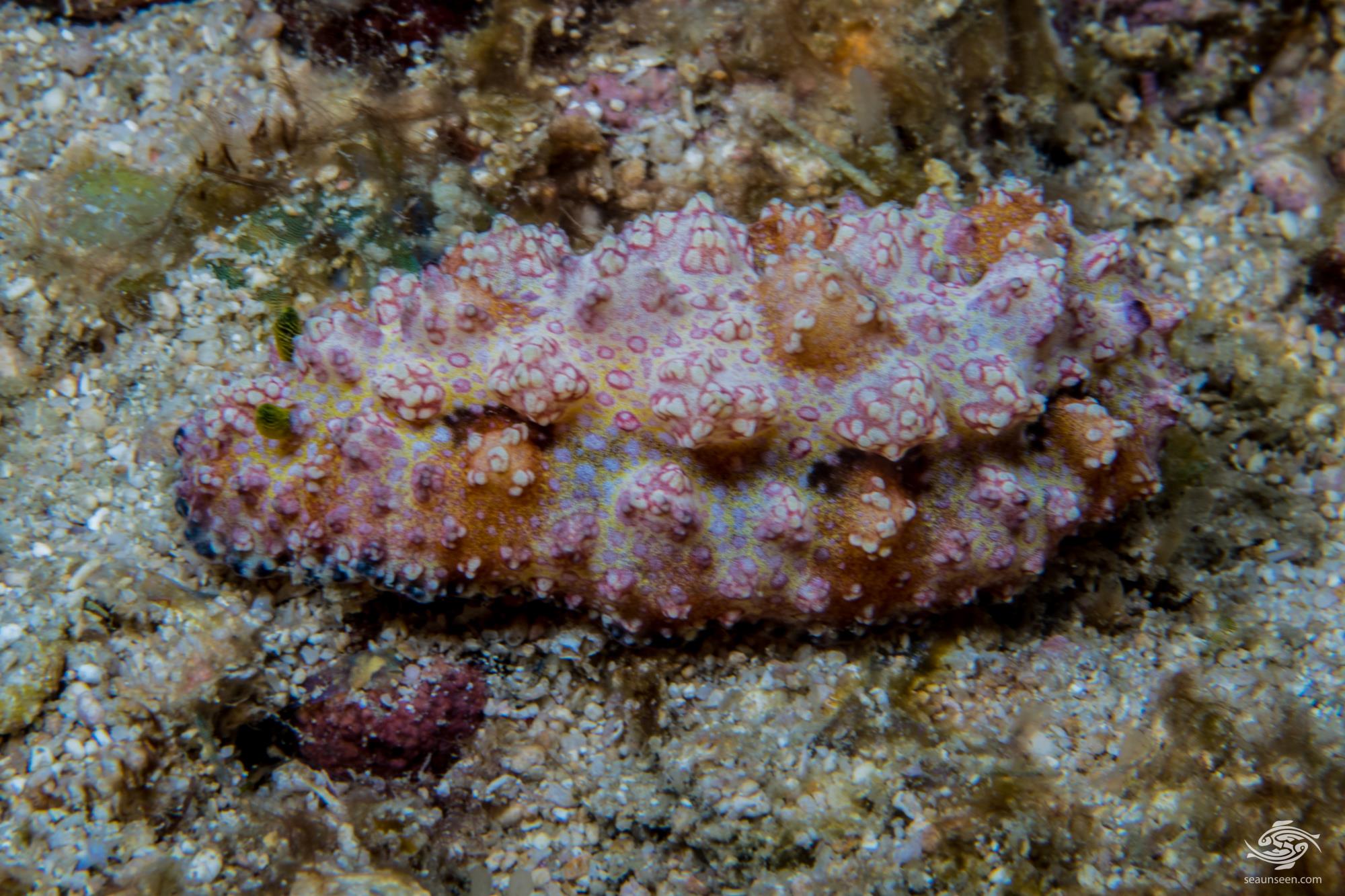 They are simultaneous hermaphrodites and mating takes place by connecting the sexual organs which are on the right hand side of the body. Once the two organs hook up sperm is transferred across to each specimen. Eggs are laid on a solid substrate in a ribbon and when they hatch the larvae become planktonic before growing into adults. 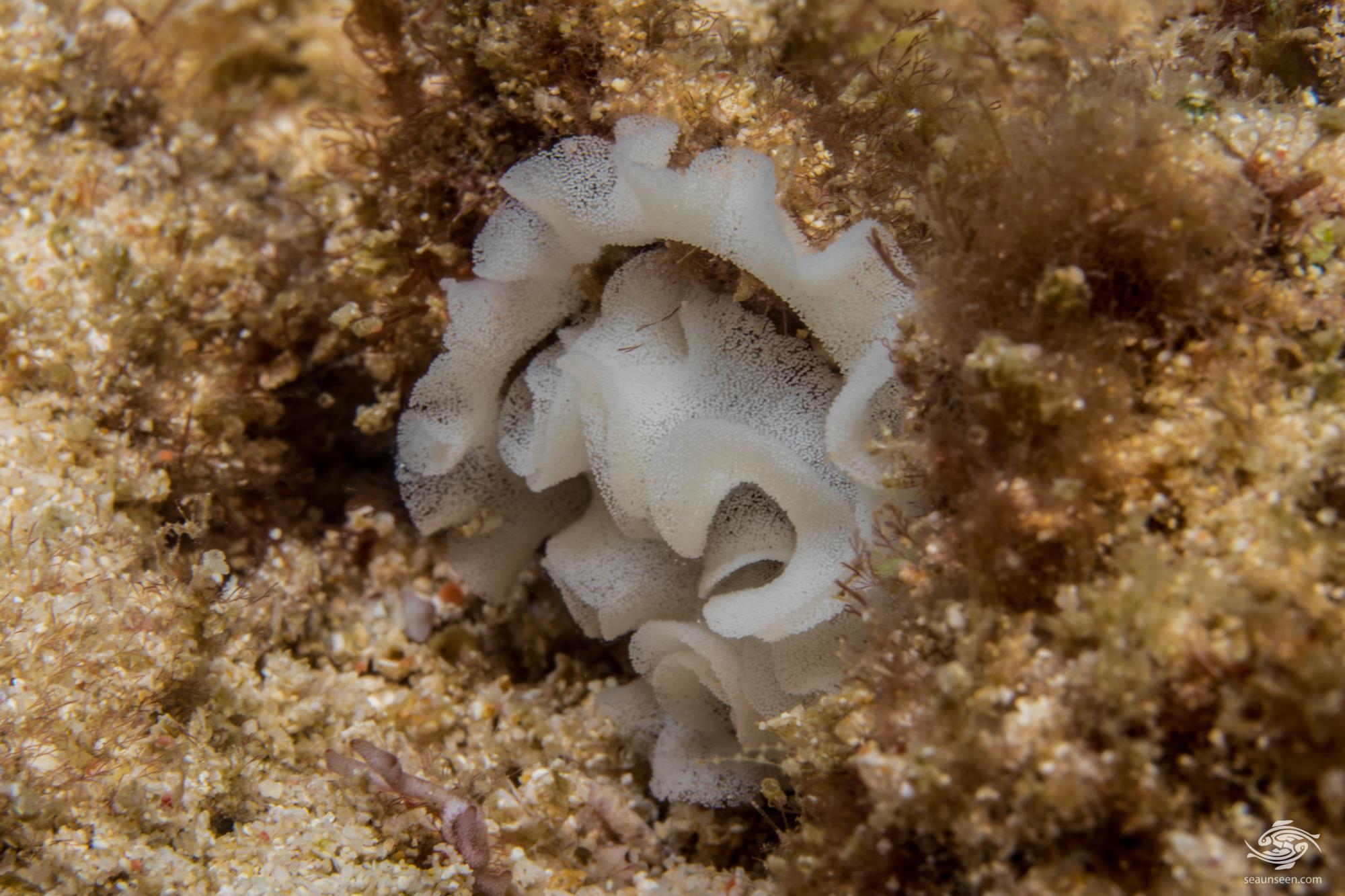 The egg ribbon is a cream colour with the ribbon attached on its side as can be seen above. 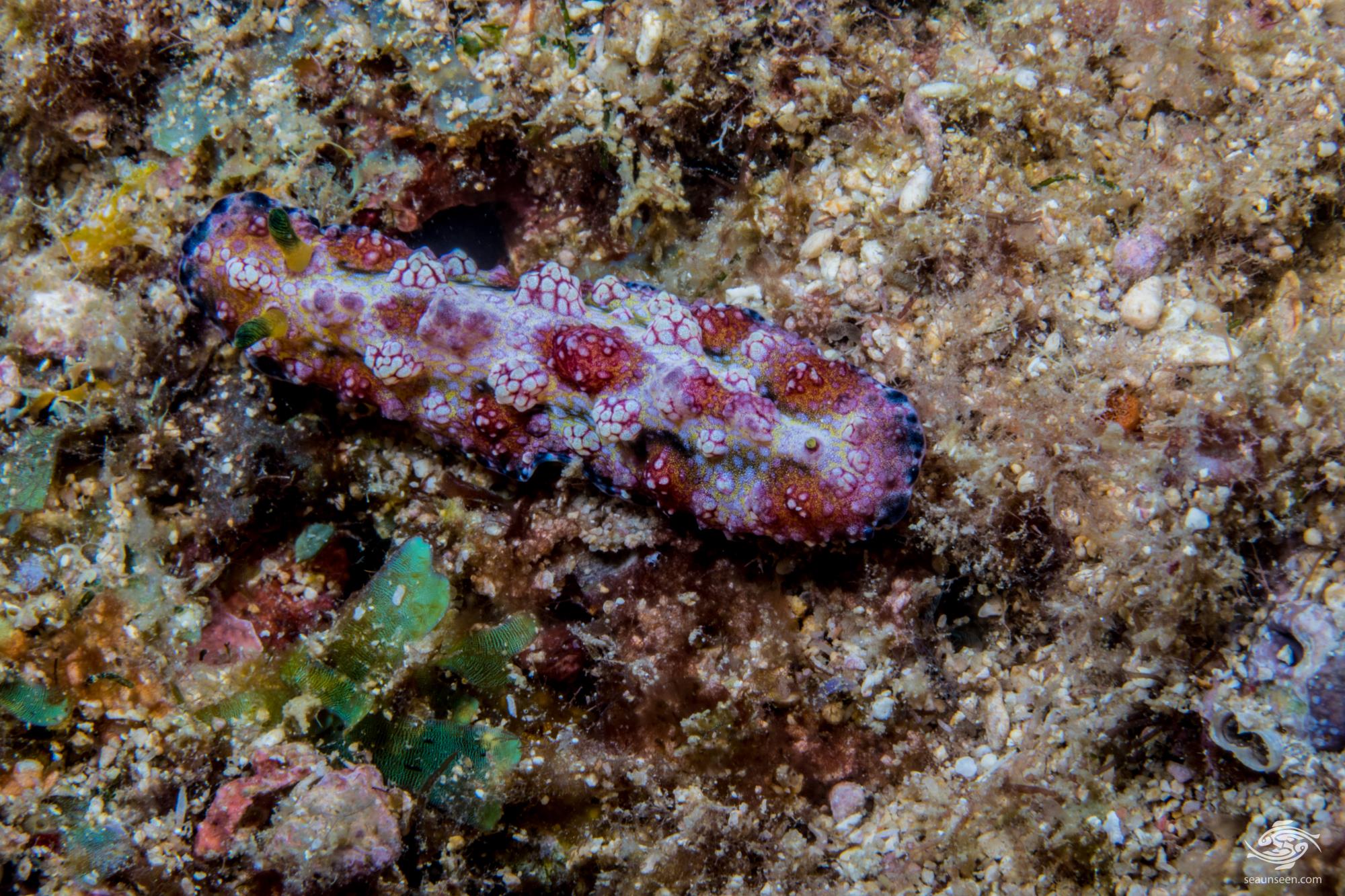