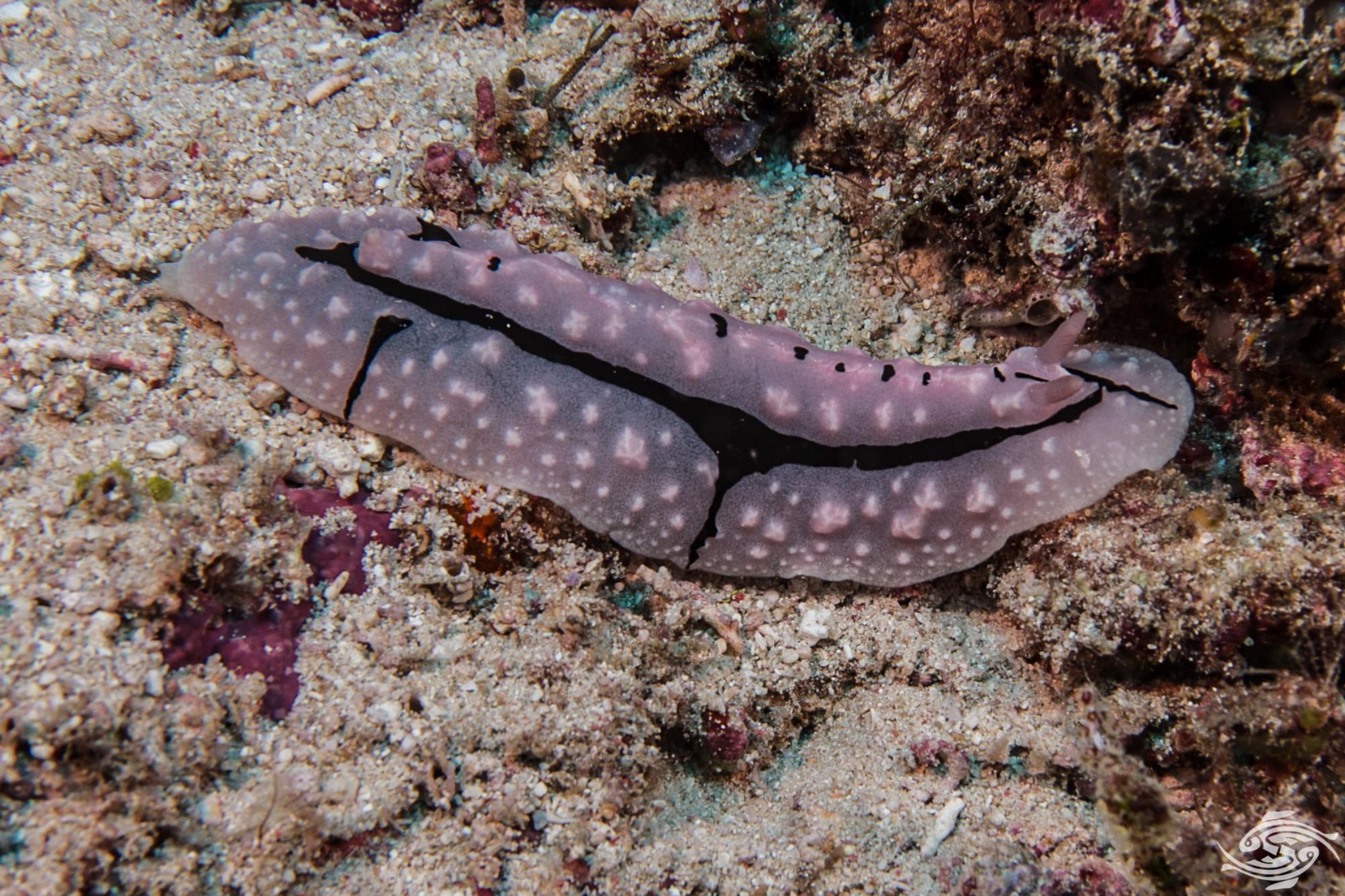 The Phyllidiopsis shireenae is a species of colourful sea slug. They are dorid nudibranchs, marine gastropod mollusks. They were first described in 1993 by Brunckhorst. 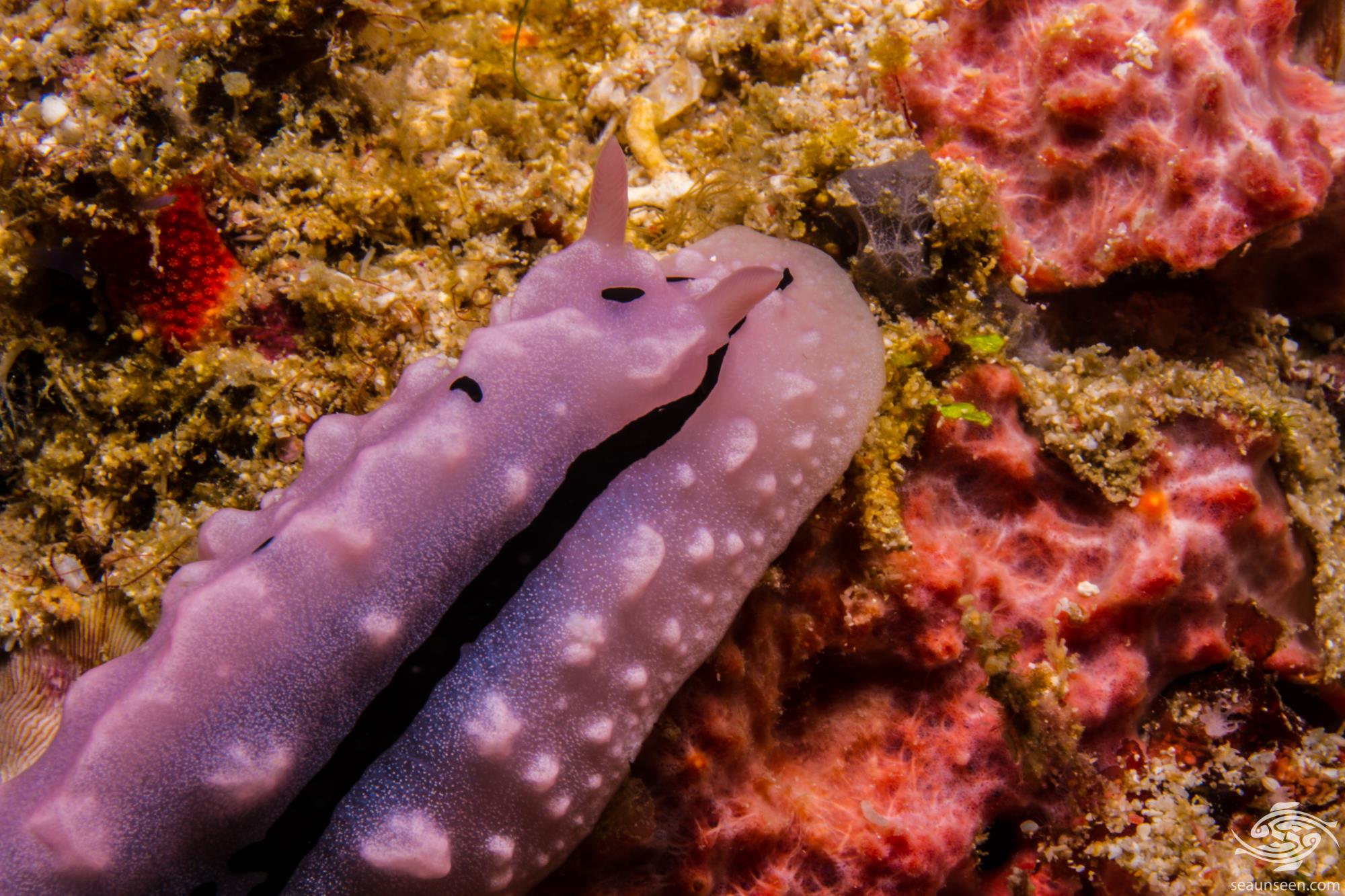 Phyllidiopsis shireenae have an elongated shape and a prominent dorsal crest. Around the visceral hump is a black band. In this specimen there are six black lines that diverge from the black band. One each to the anterior and posterior not quite reaching the mantle and two on either side that go down to the mantle. Some specimens such as this one have random small black markings. The rhinophores are pale salmon pink. This specimen was photographed on Big T reef off Dar es Salaam in Tanzania at around 20 meters. This specimen was approximately 110 mm in length. They are usually either a pale pink, blue or grey in colour. 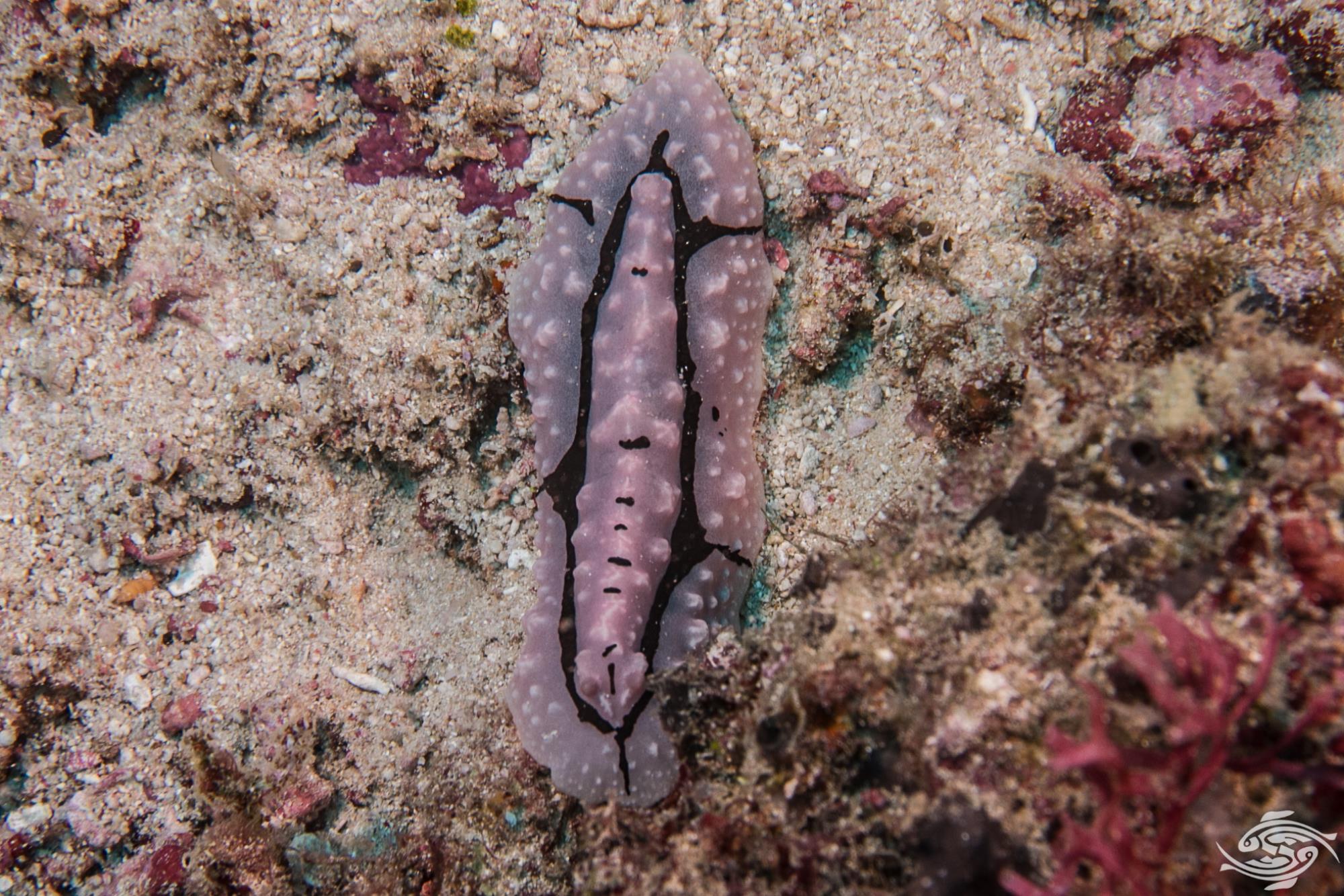 The Phyllidiopsis shireenae are not that common in Tanzania but are very occasionally seen on the top of some reefs at about 15 to 18 meters in depth. They have  the ability to secrete toxic substances which provides protection against predators. Being fairly slow moving they are easy to observe while diving. They seem to sense a diver and usually head for cover, probably not appreciating having lights shone on them. 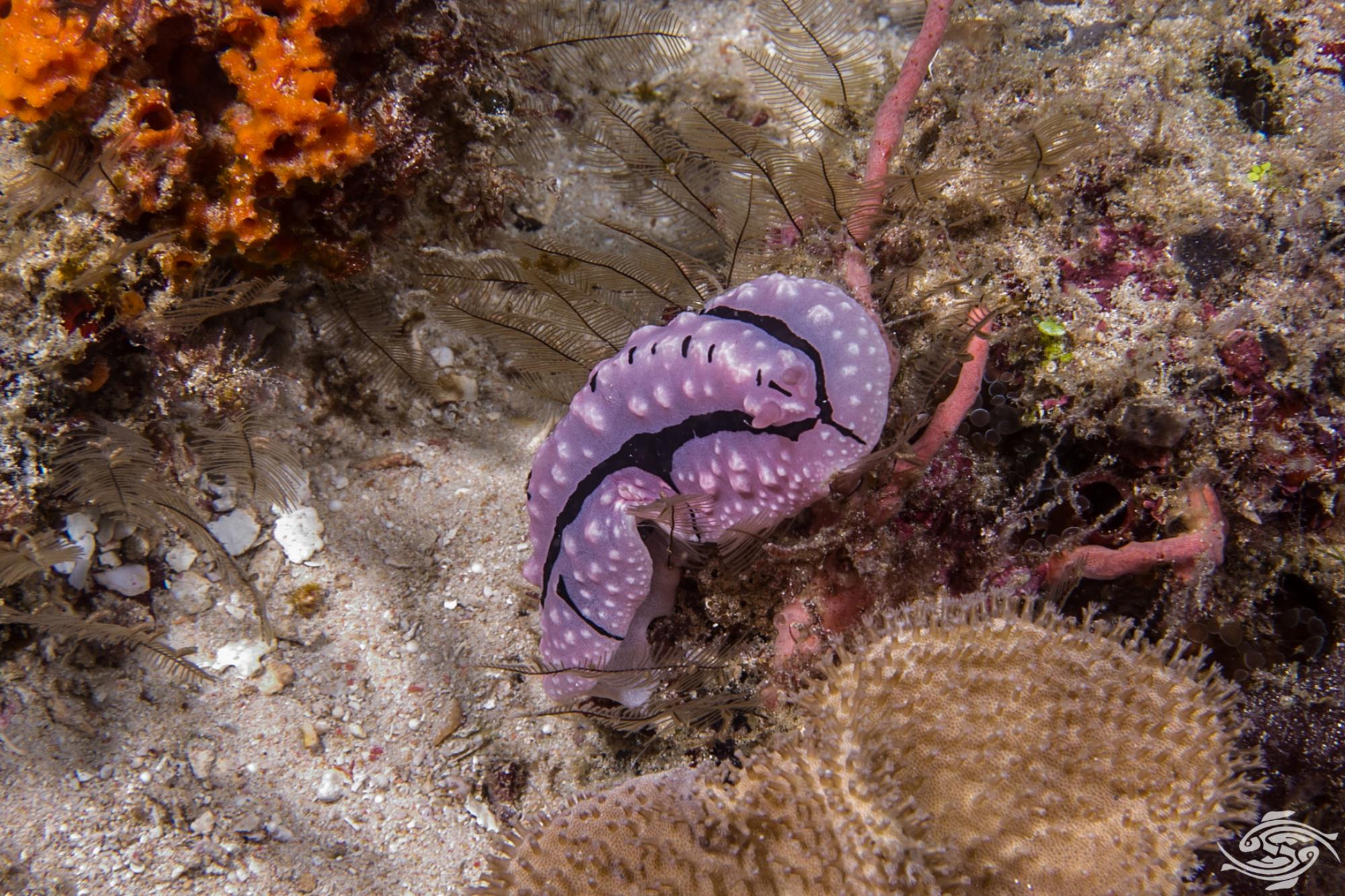 The Phyllidiopsis shireenae is found across the Indo west Pacific area . They are found on rocky and coral reefs to a depth of 30 meters. 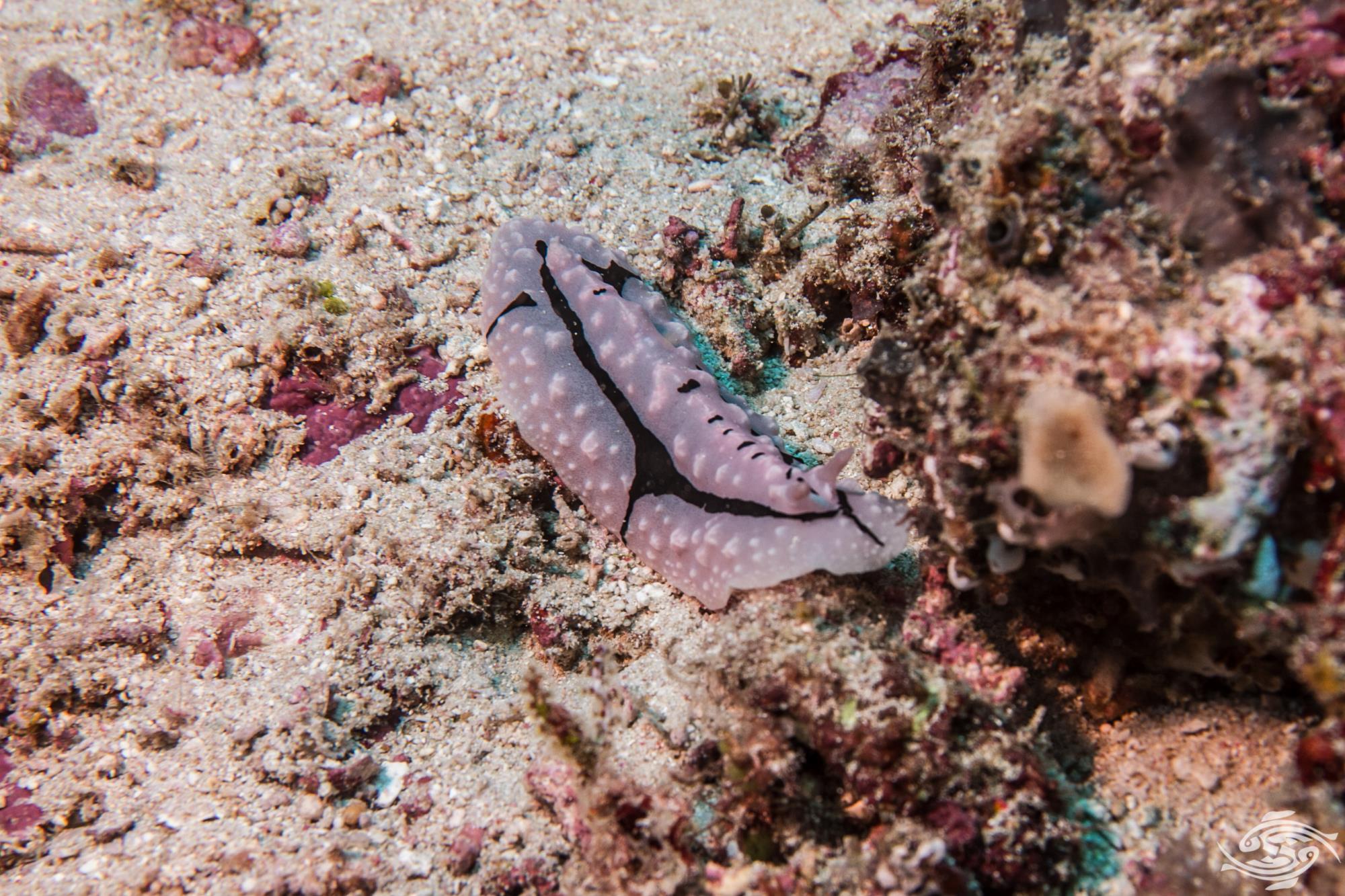 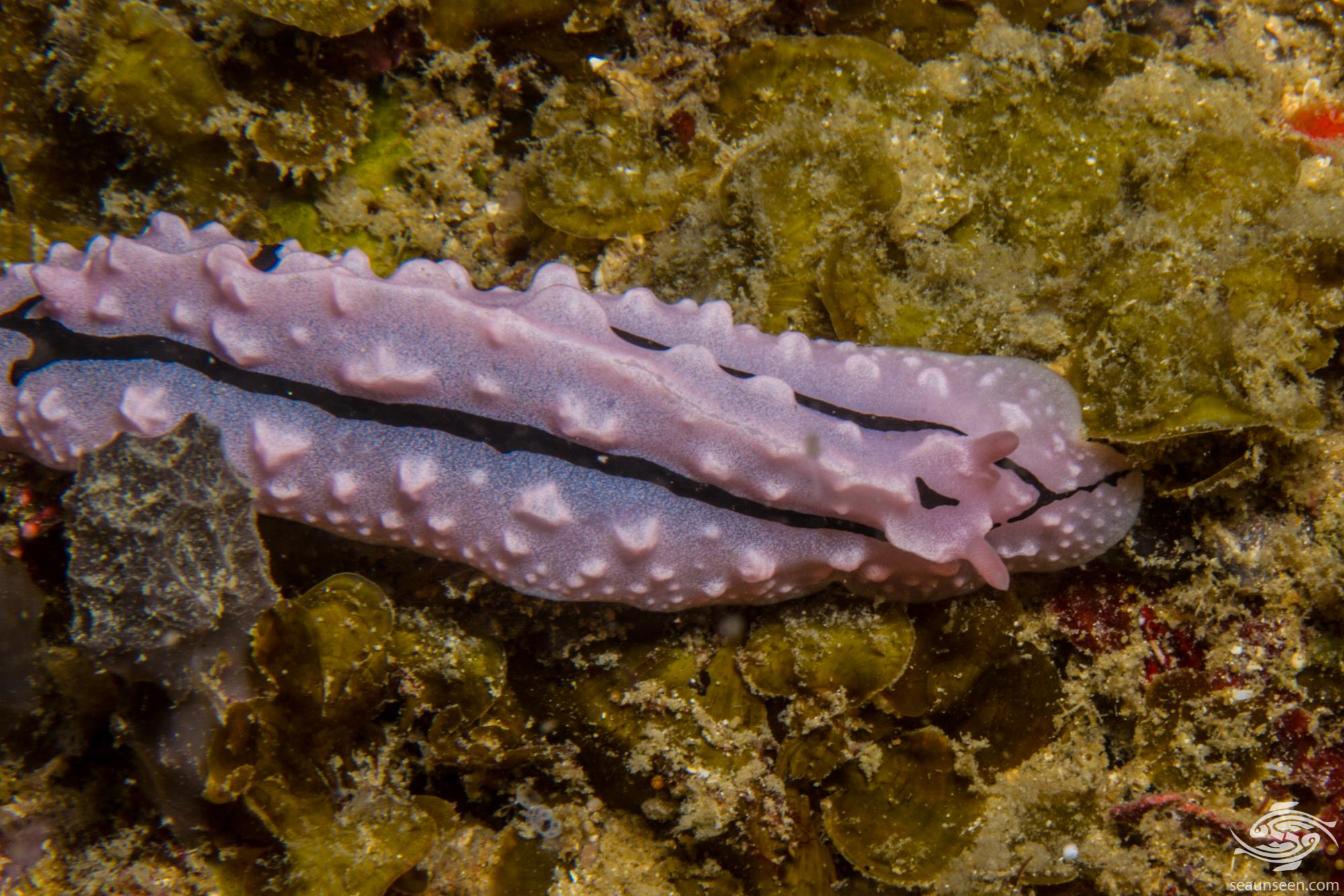 They are simultaneous hermaphrodites. Mating takes place as seen in the image below. The reproductive organs are on the front right side of the body and the the two participants approach each other and couple and swop sperm and eggs. Fertilized eggs are laid on a solid substrate usually in a ribbonlike form and when they hatch the larvae become planktonic before growing into adults. 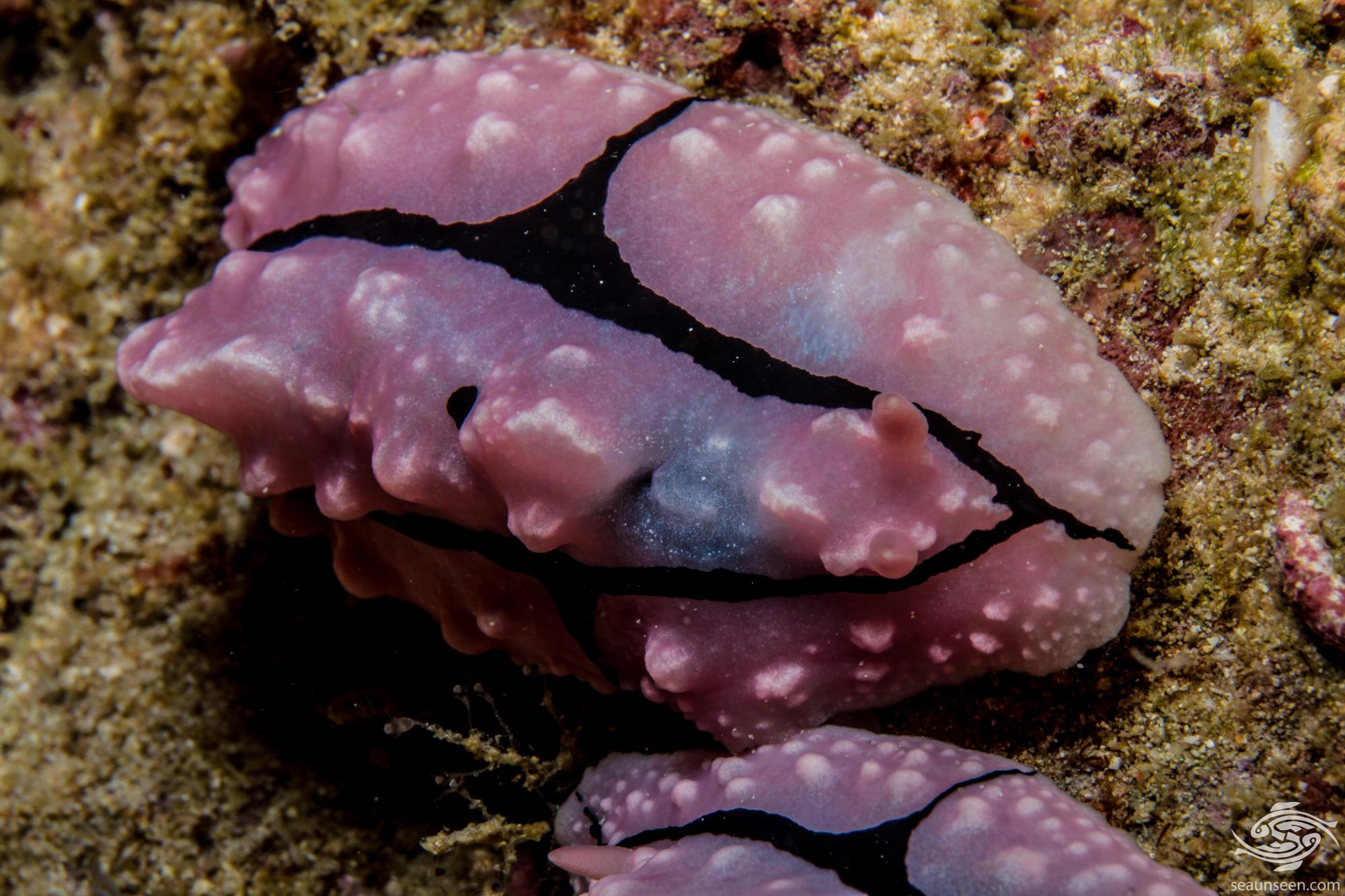 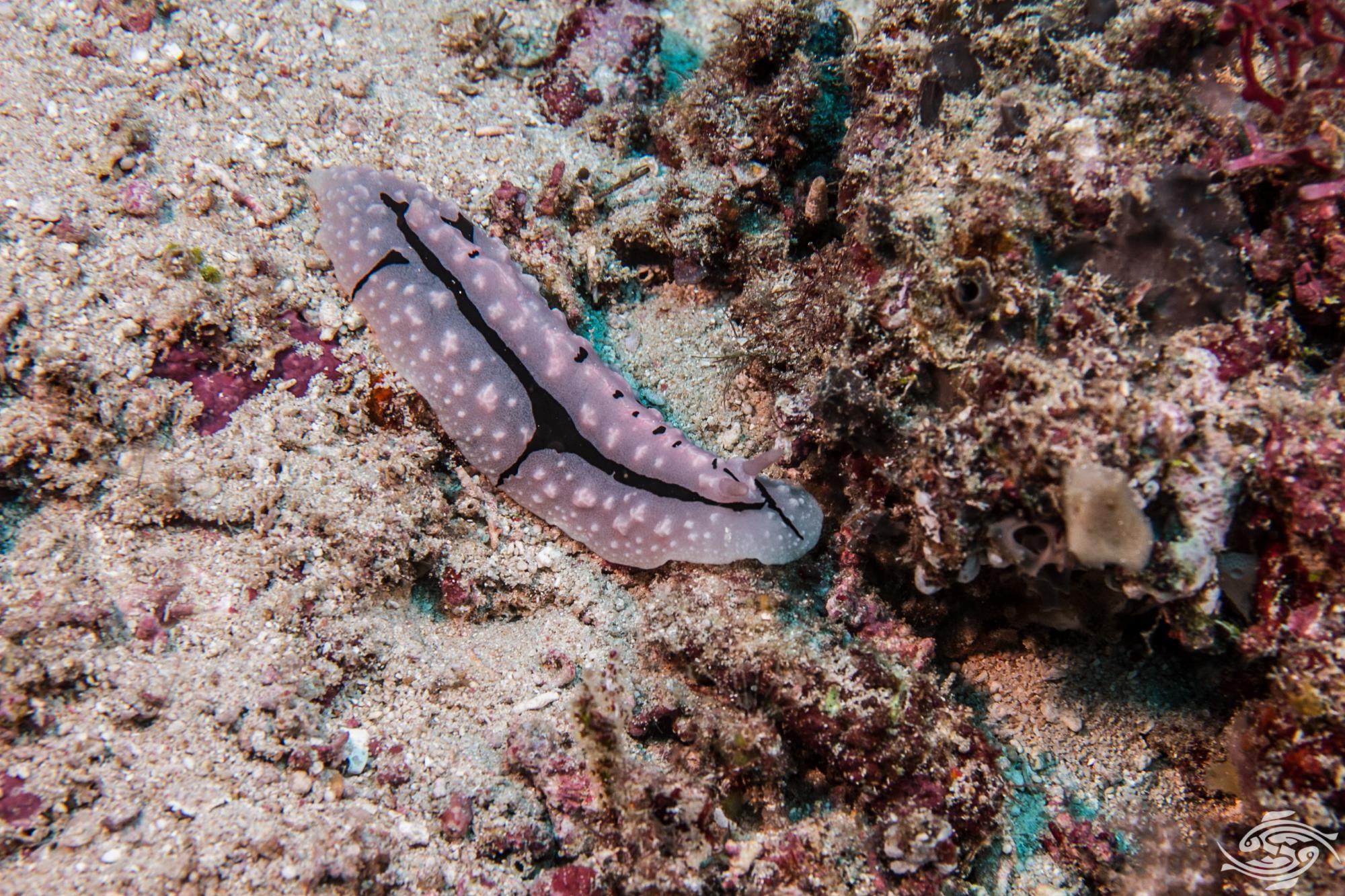 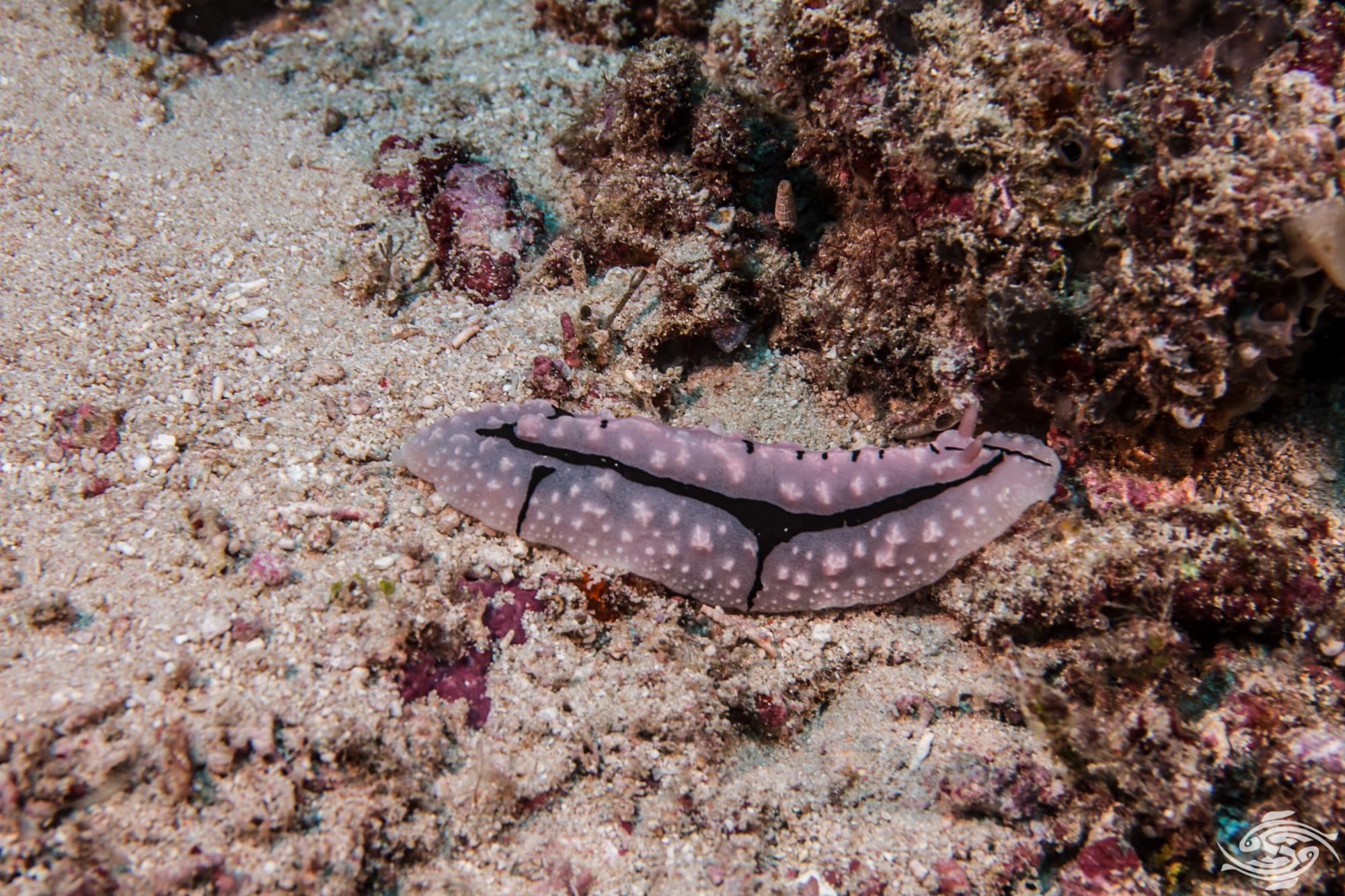