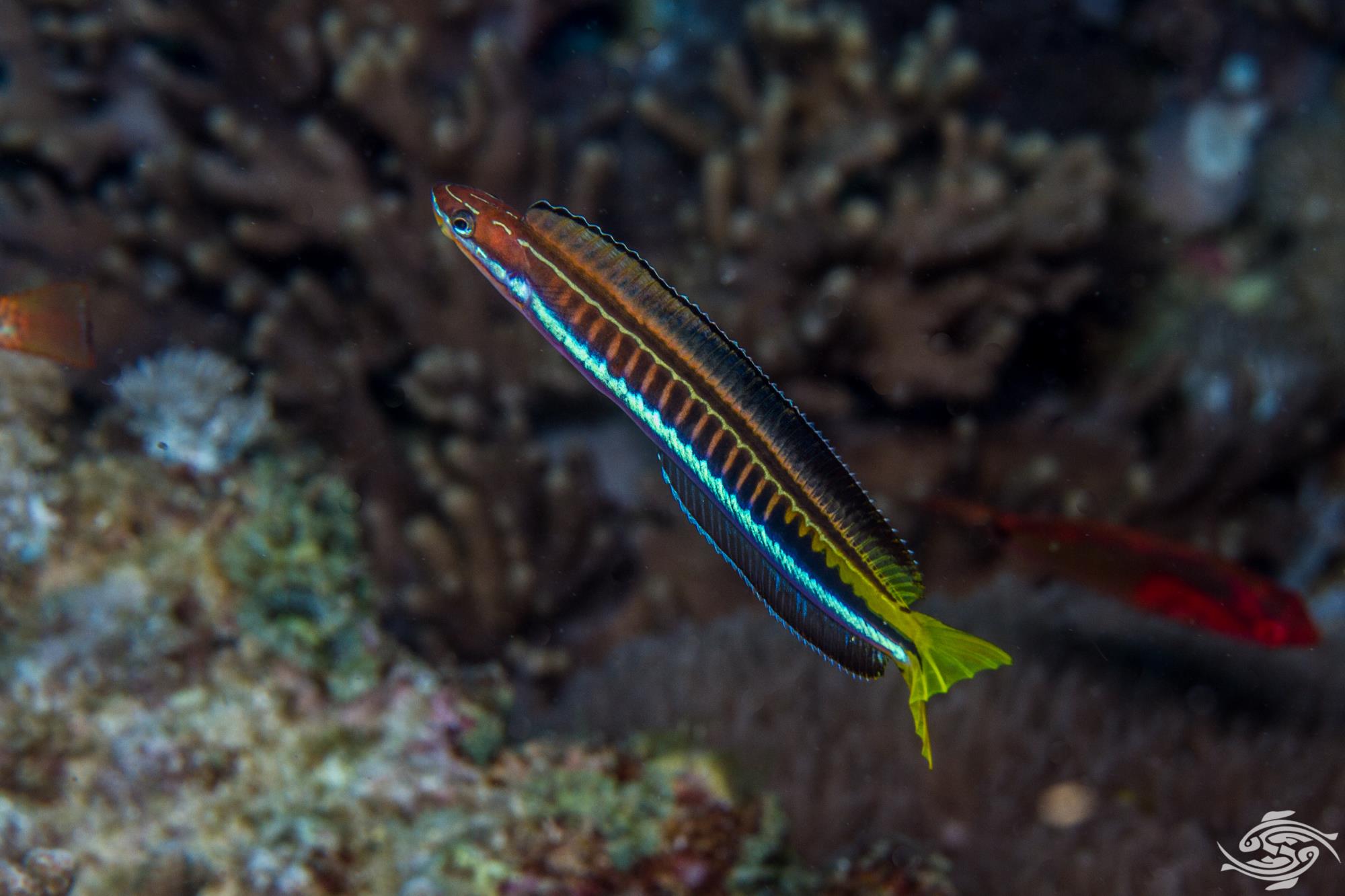 The Piano Fangblenny (Plagiotremus tapeinosoma) is also known as the Hit and Run Blenny, Mimic Blenny and Scale-eating Fangblenny. They obtain their name from the black and brown striped pattern running down the body which resembles the keyboard of a piano. The term Fangblenny originates from the vicious set of teeth in their lower jaw that curve down and then upwards, resembling the shape of those of the extinct Saber-toothed tiger. 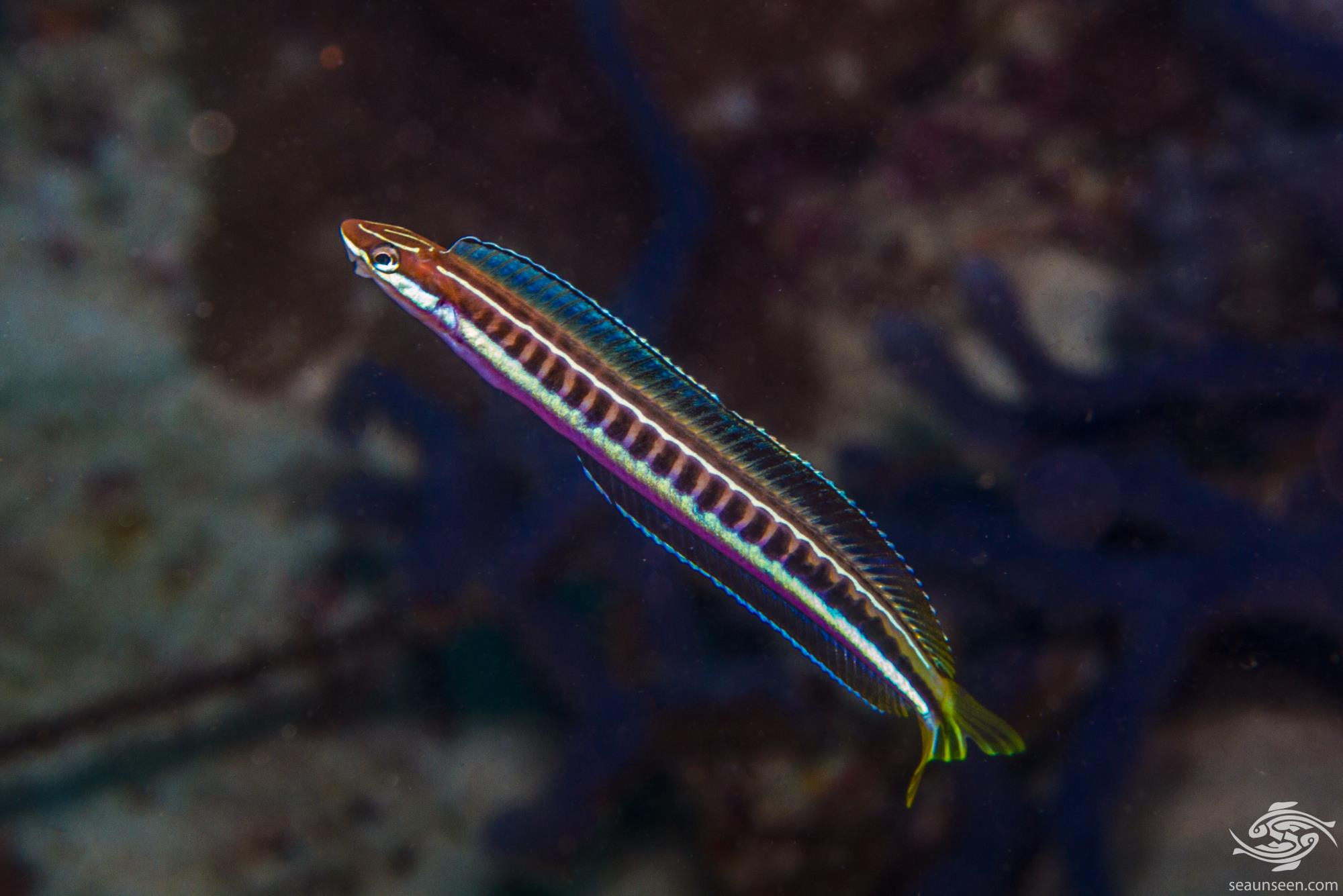 The mouth is characteristically set below the eye on the lower part of the body rather than on the front of the head as with most fish. Contained in the lower jaw but obscured by the lips is a set of curved teeth. They grow up to 14cm  in length. 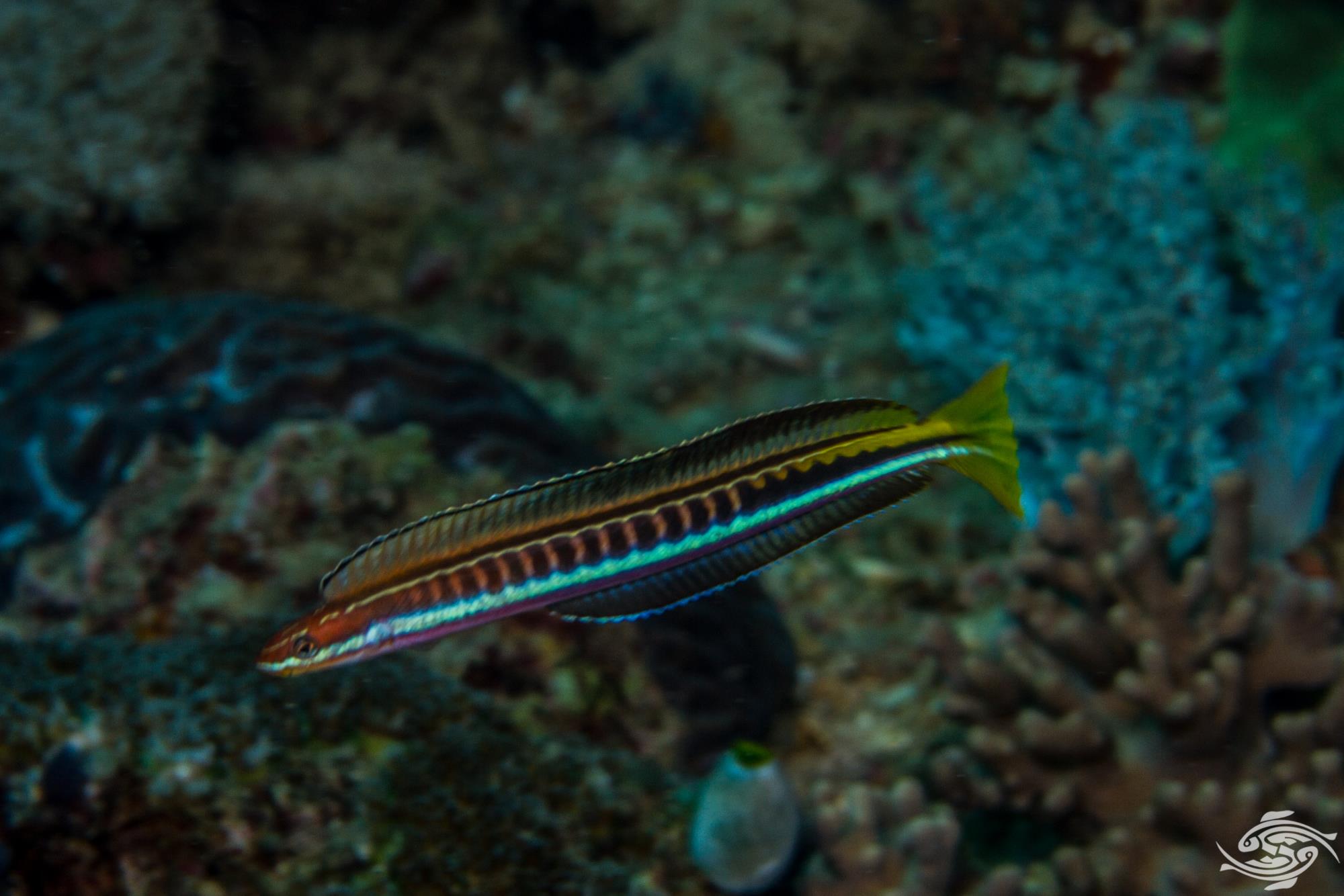 PIANO FANGBLENNY BLENNY IN THE WILD

The Piano Fangblenny can be a pesky fish if one is diving without a wetsuit. They can deliver an annoying bite which is similar in feeling to a very hard pinch. Once diving without a wetsuit on a shallow coral reef on Pemba Island, Tanzania, I had one take a liking to me. It first bit me on the underside of my arm and bit a chunk out me which was quite painful. I quickly identified it and chased it whereupon it hid. A few minutes later it bit my leg and after the third bite I decided to move on a bit.

When threatened they are quick to retreat into a hole, usually in the coral,  where they will sit until the feel it is safe to come out again. 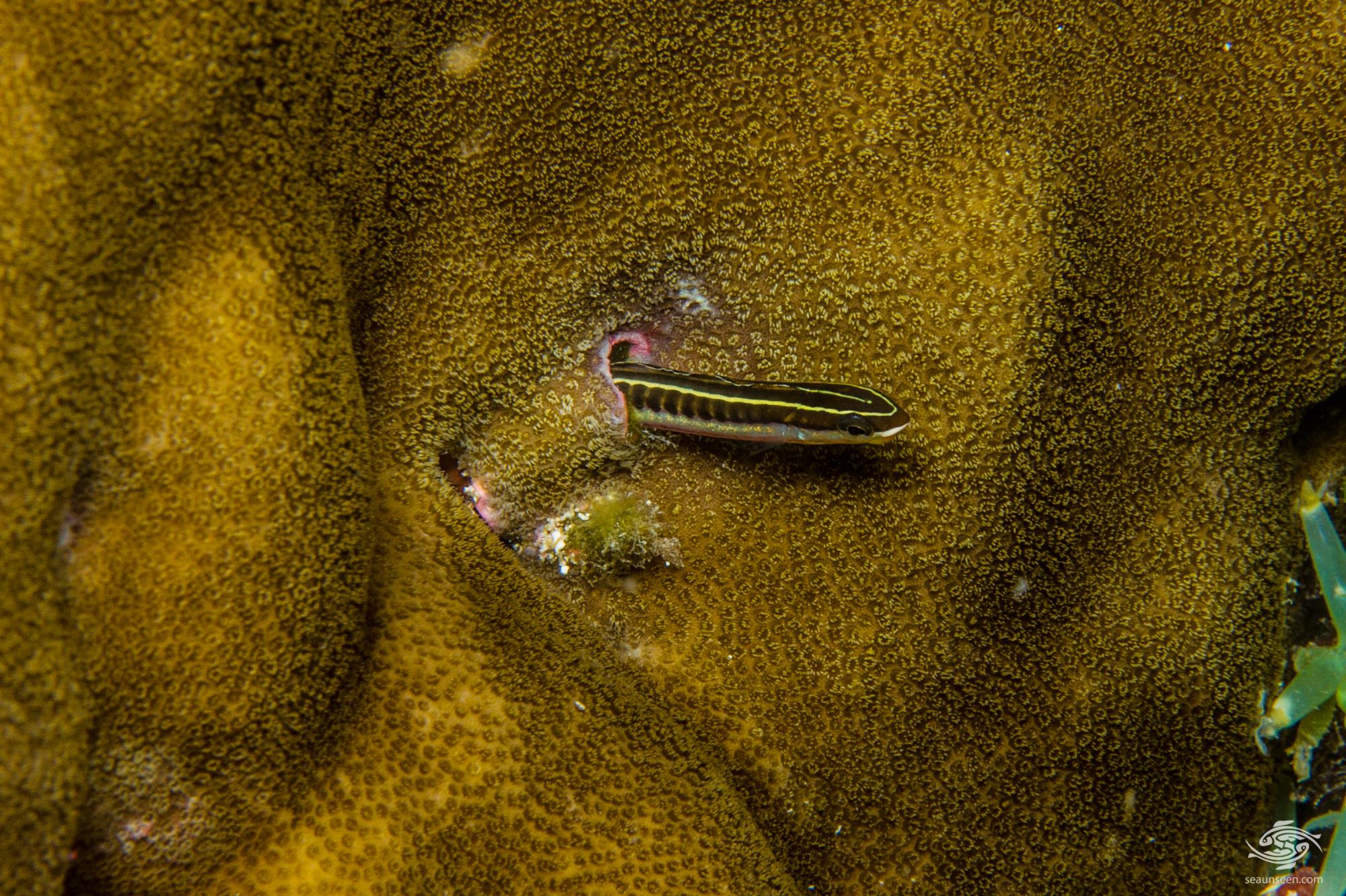 Much research has been done on these fish and their feeding strategies. In some parts of their range they mimic other fish and even swim with them to disguise themselves. In Tanzanian waters they do not appear to follow this strategy.  Usually when they are seen they are milling around a meter to a meter and a half above a cleaning station usually with two adult Blue Streak cleaner wrasse on it.

After sizing up a suitable unsuspecting target waiting to be cleaned they dart in and take a chunk out of it and head for cover.  They are fairly difficult to approach closely and are fast swimmers that make sharp turns at regular intervals. They seldom swim in a straight line for long. They are usually seen solitary but on rare occasions several are seen together as seen below. 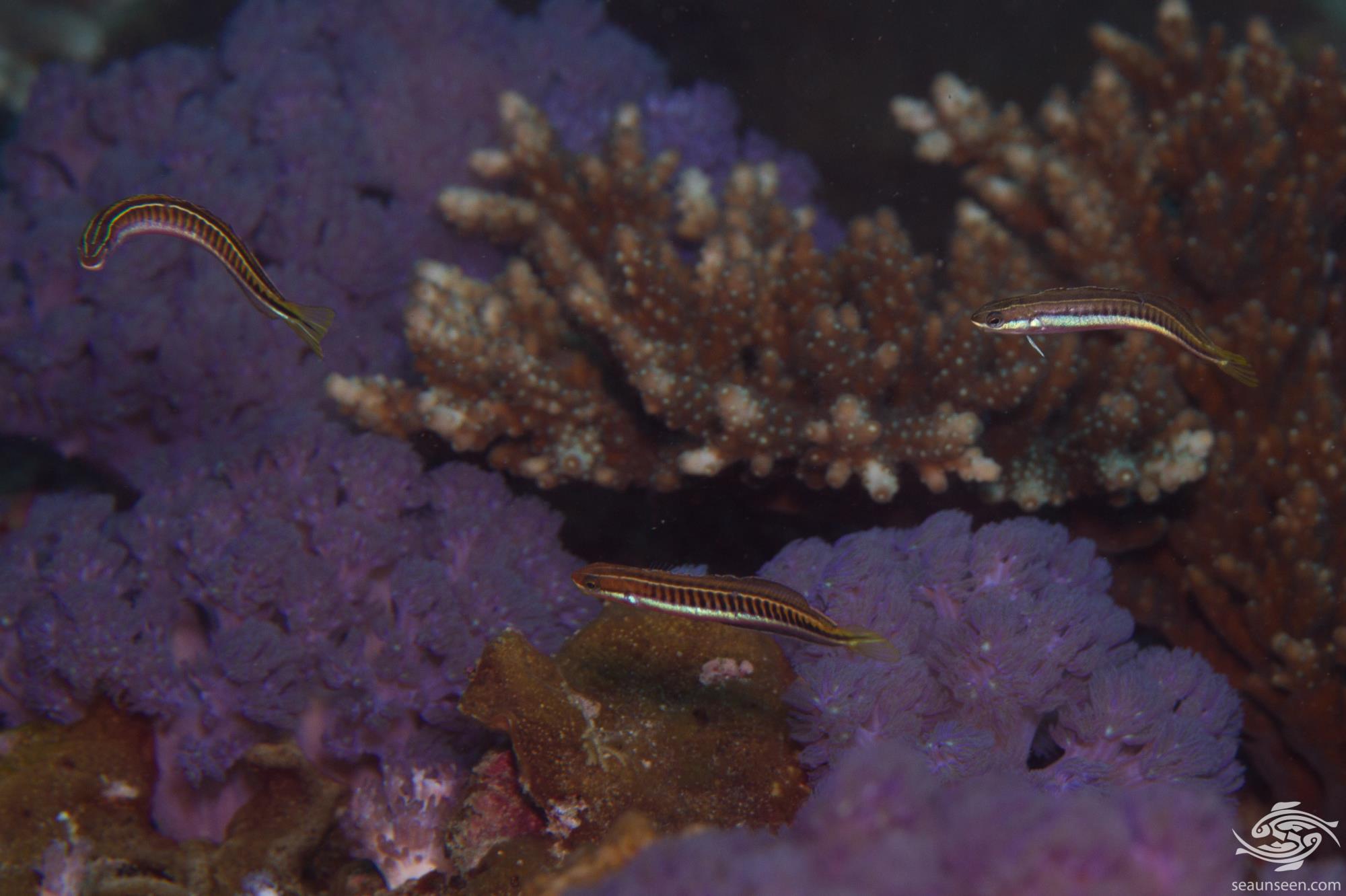 The Piano Fangblenny occurs throughout the Indo-West Pacific, from the East African Coast across to Japan and south to New Zealand and is found mainly on coral reefs, always with a hiding place or hole close by. They are often seen in empty tube worm holes with just the head sticking out. 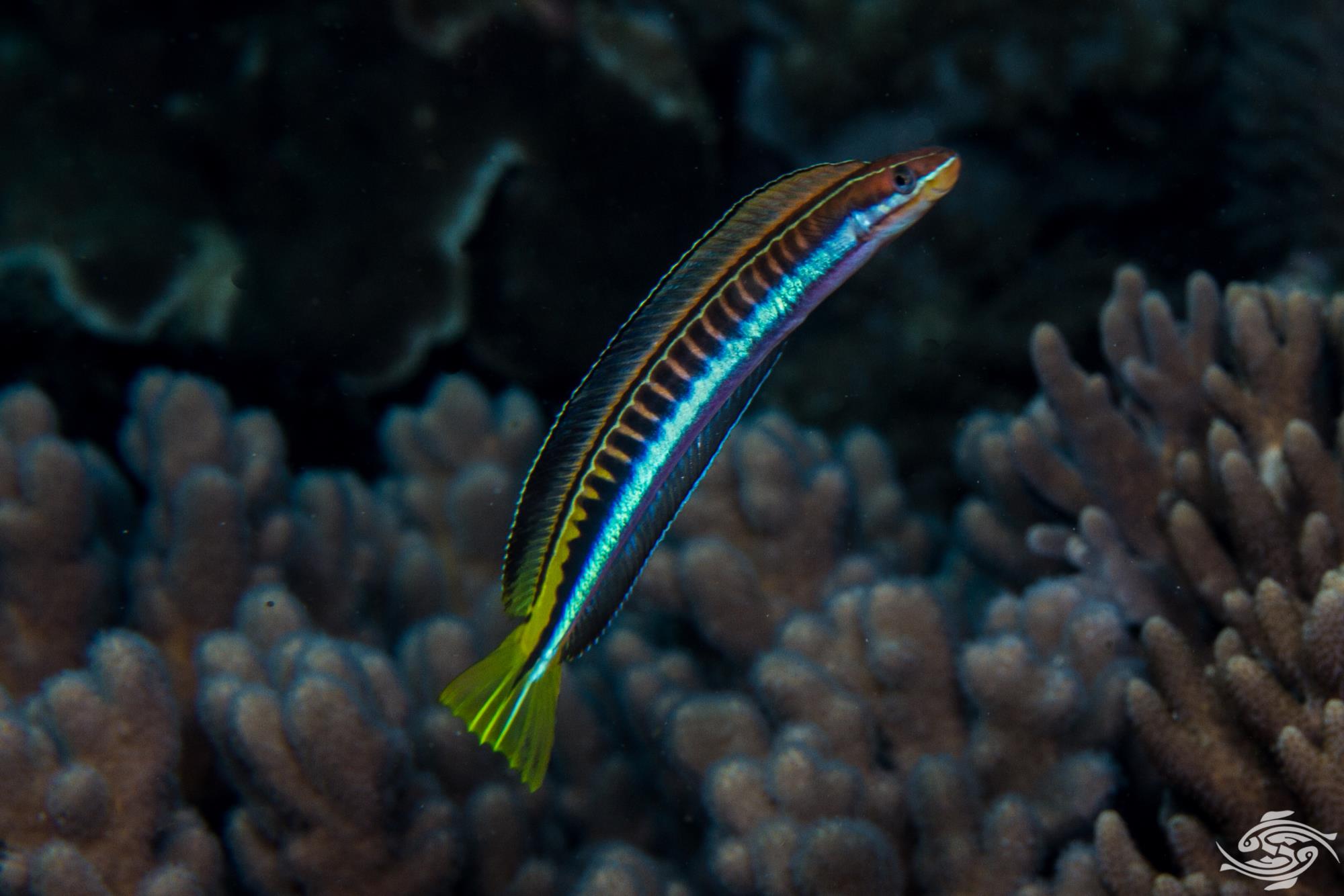 They feed exclusively on mucus and fish scales bitten off unsuspecting prey. 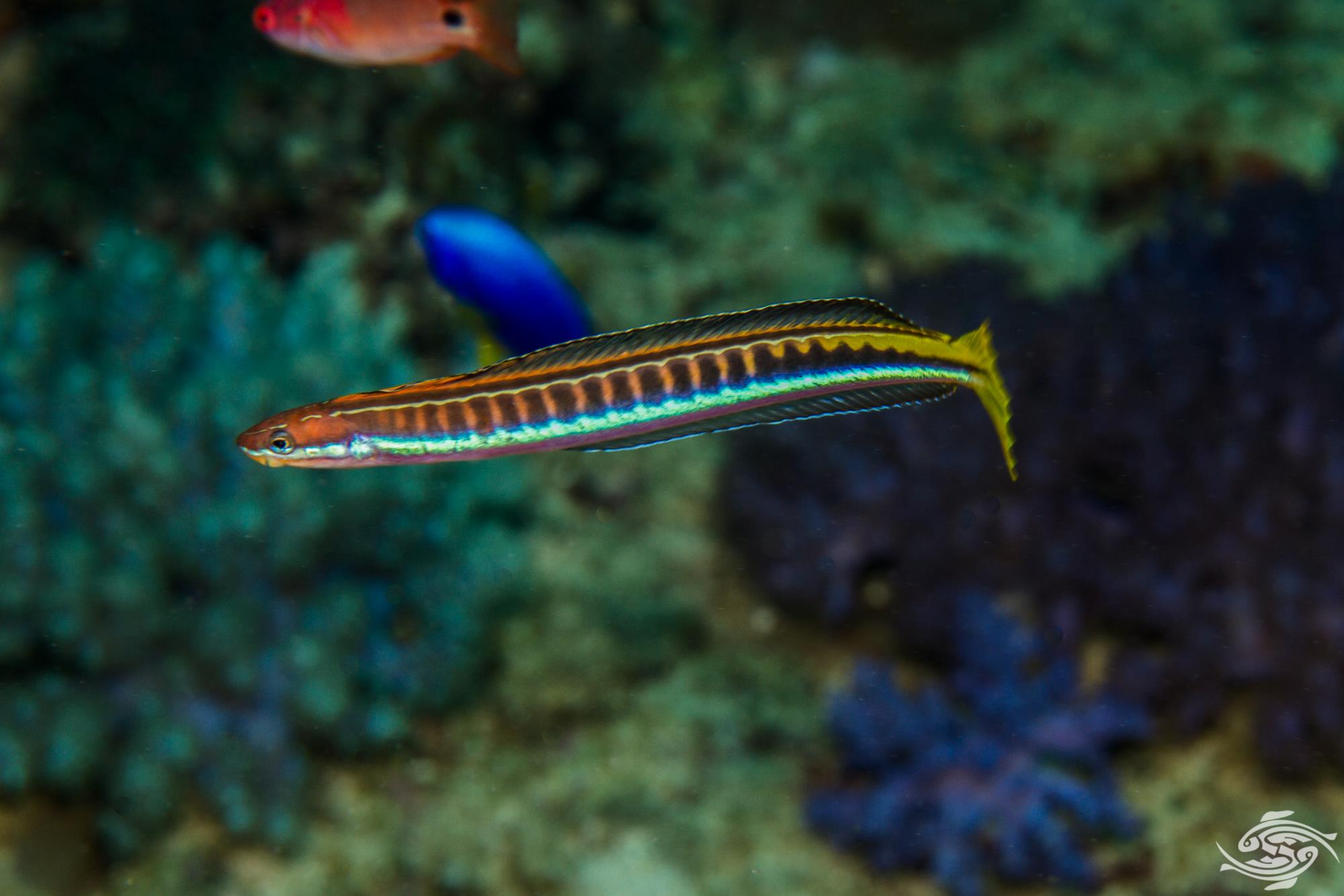 Little seems known of their reproductive habits, some blennies have been bred in captivity by ORA. 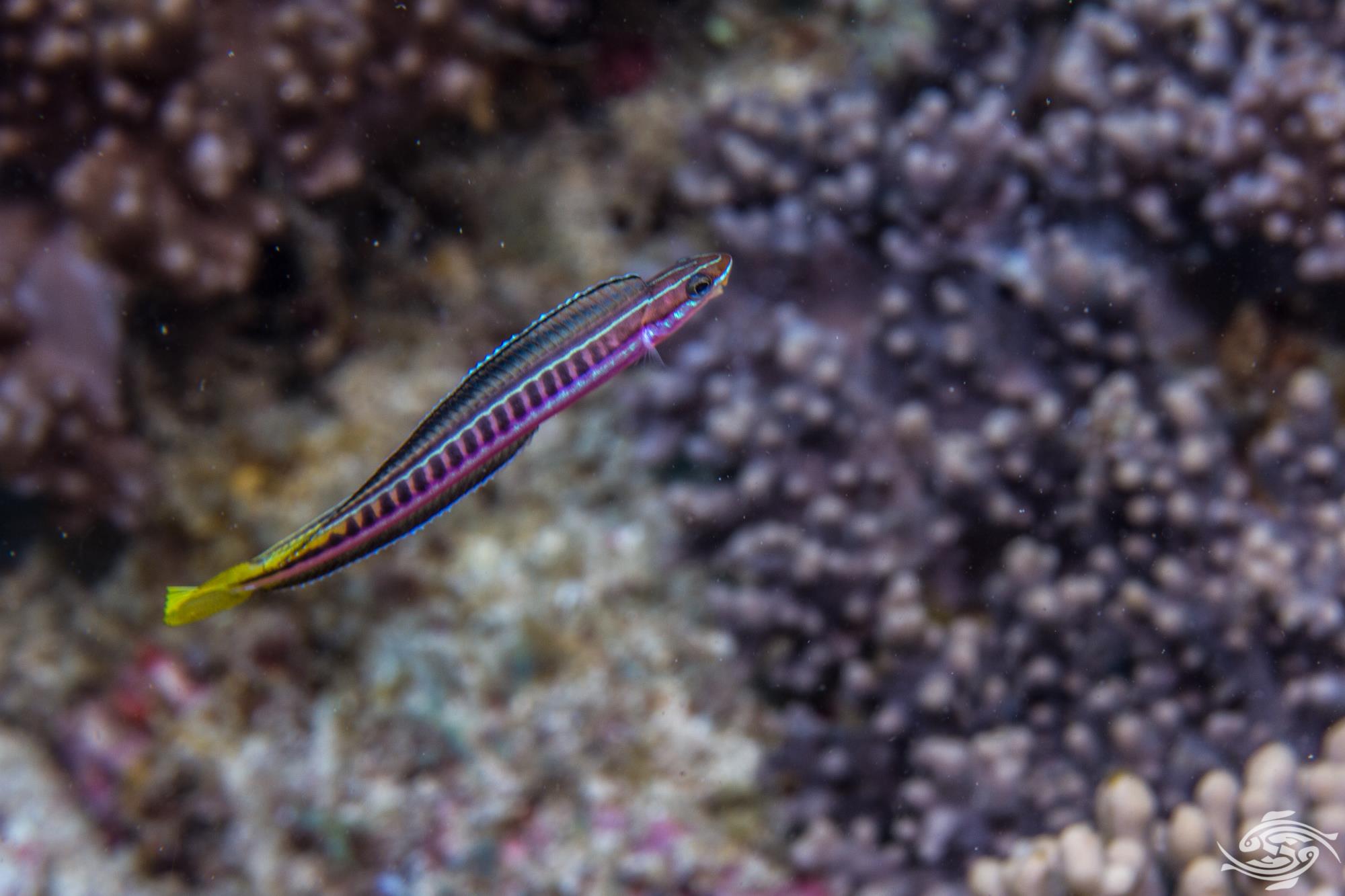 Although they are sold in the trade, this is probably not a fish that one would want in an aquarium. In a confined area they will likely target a specific fish and the potential for secondary infections on bite sites in an aquarium is great. 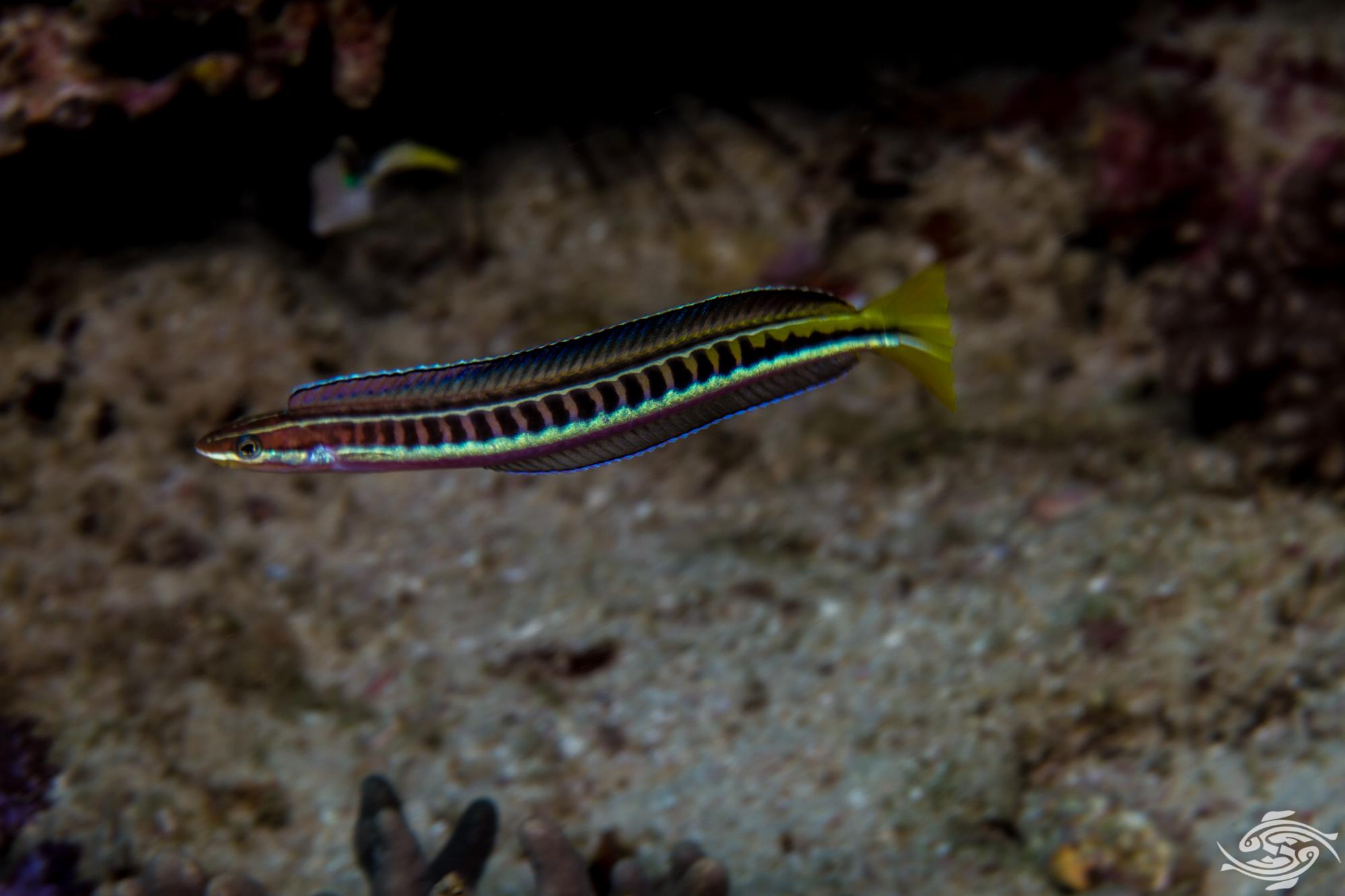