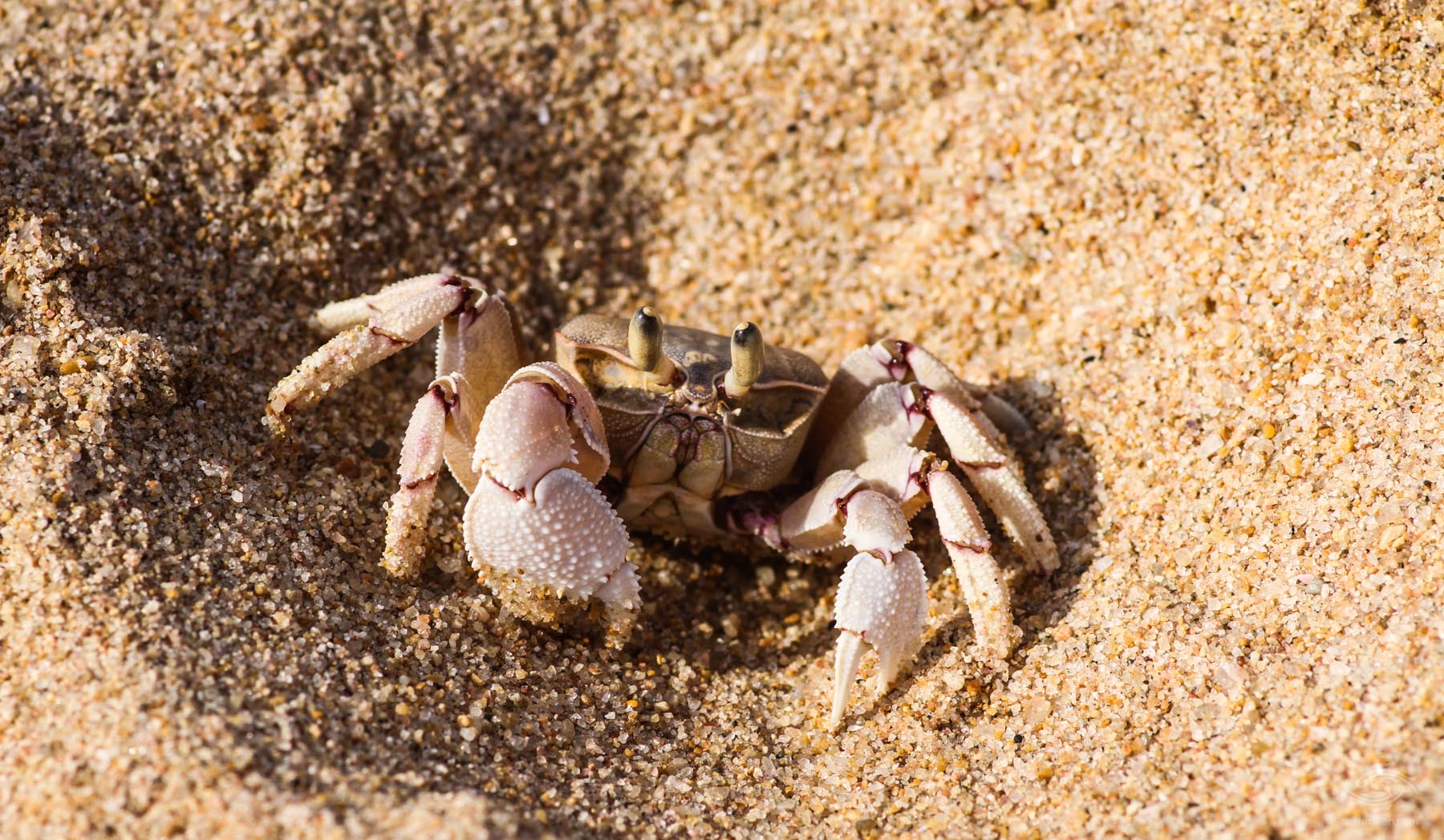 A pink ghost crab (Ocypode ryderi), rescued from a nearby swimming pool and returned to the beach, puts on his best threatening behavior to try and scare me away. The so called ghost crabs are nocturnal scavengers found on beaches throughout the tropical and subtropical regions of the world. They are seldom seen out in the open during daylight, instead hiding in deep burrows in the inter-tidal zone.

The pink ghost crab gets its name from the light pink colored shell and is easily distinguishable from other similar ghost crabs by the colored joints in its legs that can be seen in the image. They primarily feed on organisms thrown up onto the beach by the sea but have also been seen feeding on recently hatched loggerhead and leatherback turtles.

The crabs communicate among each other by rubbing a ridge on their claw against the base of their arm. The type of mounds and burrows they build on the beaches provide additional signals; males build spiral burrows alongside pyramid shaped mounds, whereas females do not create sand mounds and have straight burrows.

Pink ghost crabs are found on the east coast of Africa from the eastern Cape to Kenya and are mainly nocturnal feeders but they will scavenge during the day.

Females have a larger flap under the abdomen than males and this is used to carry the eggs. The female brood the eggs until they are ready to hatch and they are then released into the sea where the larvae spend some time in the sea before returning to the beach.

They are used as bait by fishermen and in some areas subsistence fishermen use them as a food source, either cooking them as a stew or grilling them.

They are preyed on by some species of birds and in Tanzania in some areas yellow billed kites patrol the beach catching any crab that sticks its head up for too long.