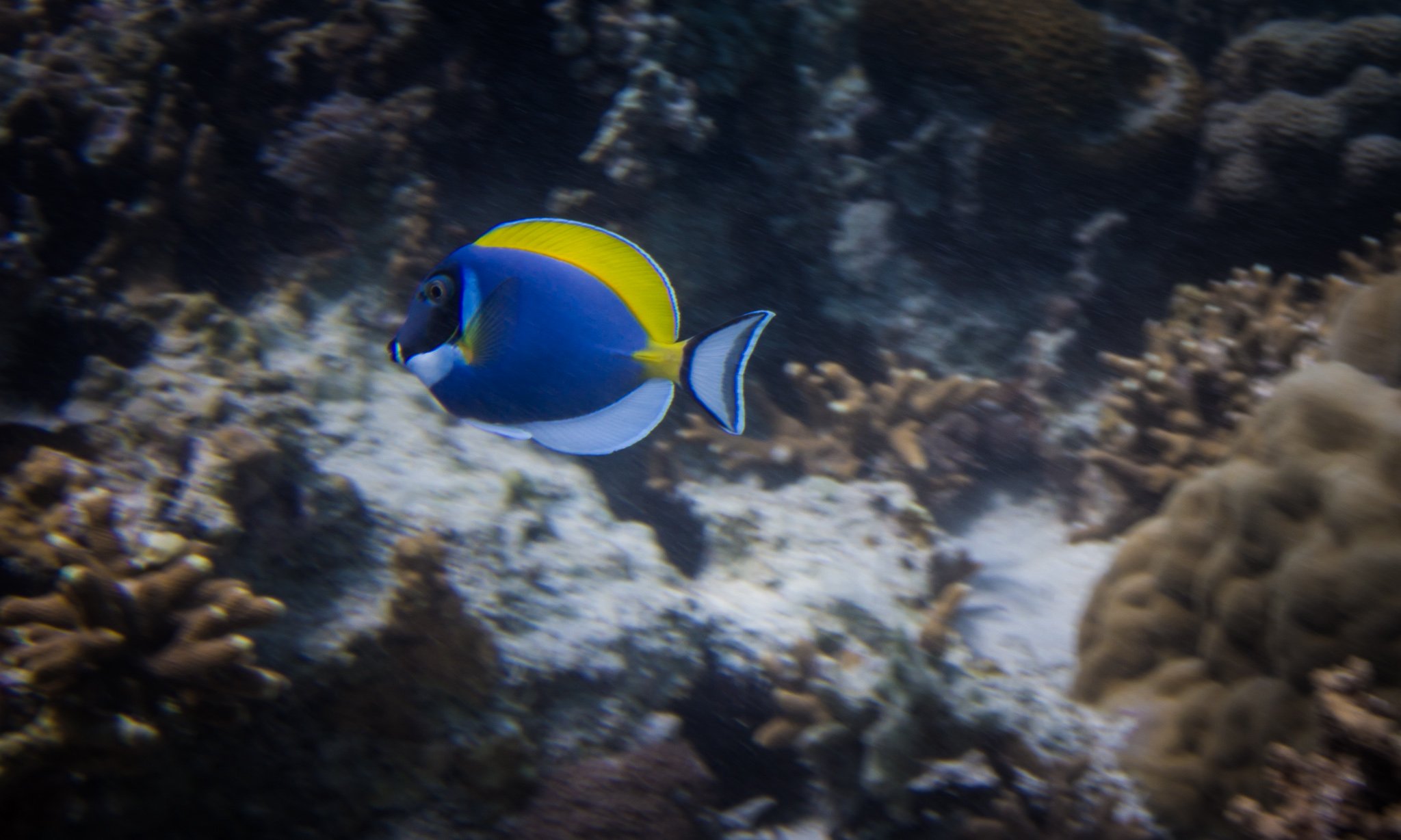 The powder blue surgeon (Acanthurus leucosternon) is also known as the powder blue tang and has an oval shaped body that is compressed laterally. As with the other surgeon fish it has a blade on the base of the tail that protrudes slightly and is used to defend its self. Powder blue surgeon has very small scales giving its skin a leathery look and grows up to fifty centimeters in length.

It is herbivorous and is a fairly common sight on the reef’s in Tanzania and is usually seen solitary or in small groups of three or four but occasionally it is seen in fairly large schools all feeding together. It is found on reefs and flat surfaces down to a depth of 30 meters. 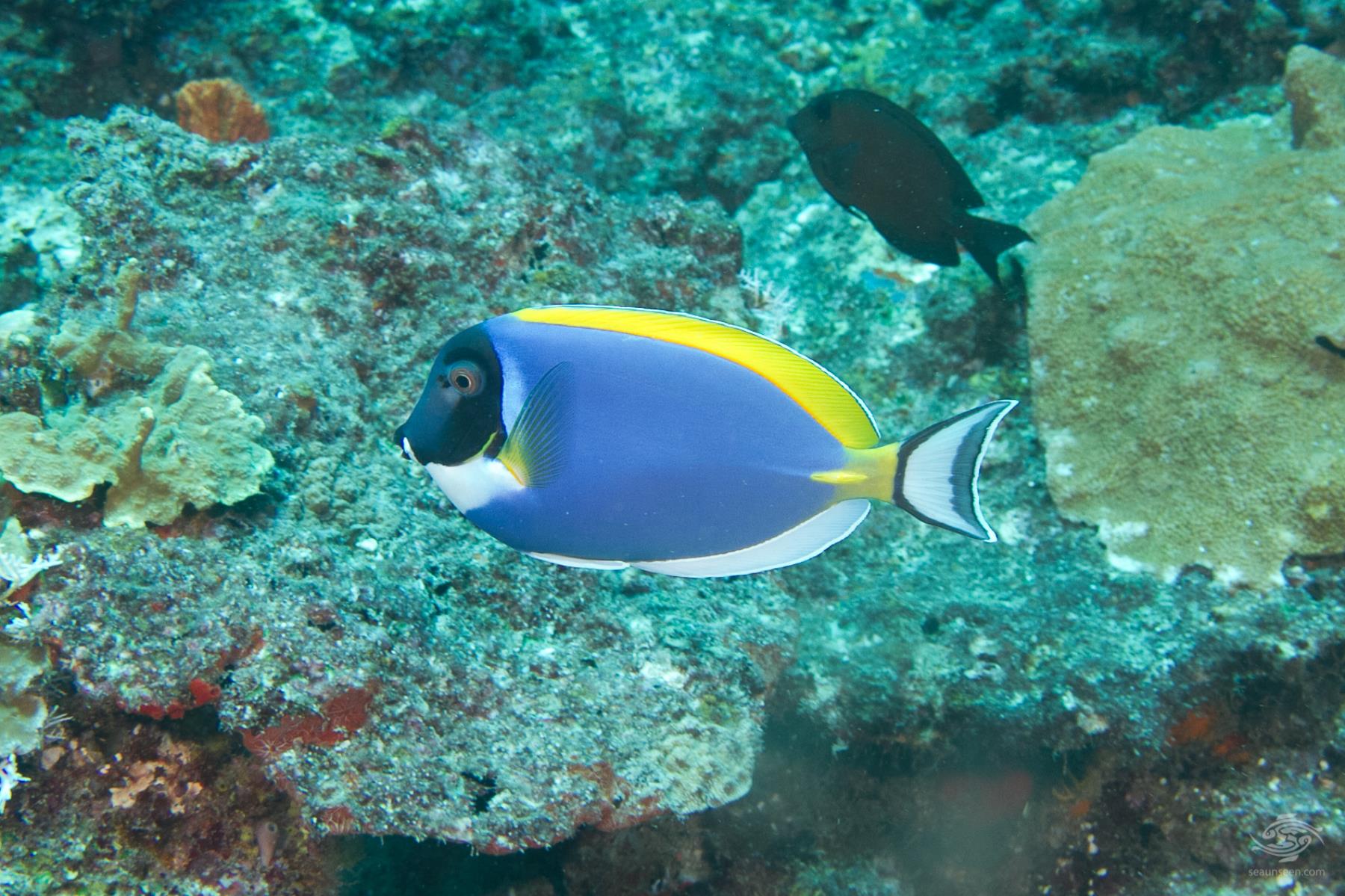 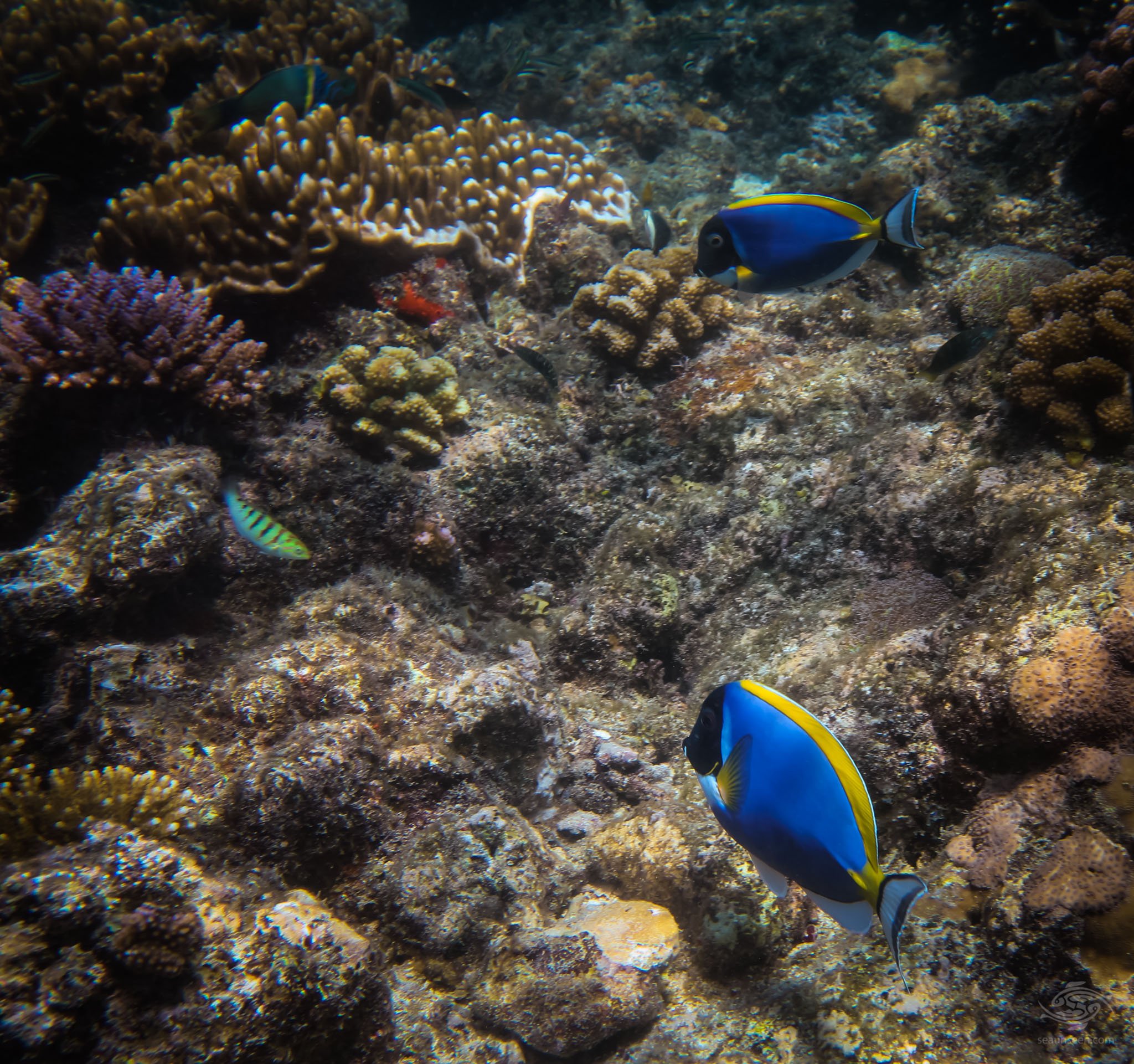 It is possible to keep them in a large aquarium but as a rule only one can be kept and it is aggressive towards other tangs. They will eat meat but need to be supplemented with algae. Only an advanced aquarist should attempt to keep one.