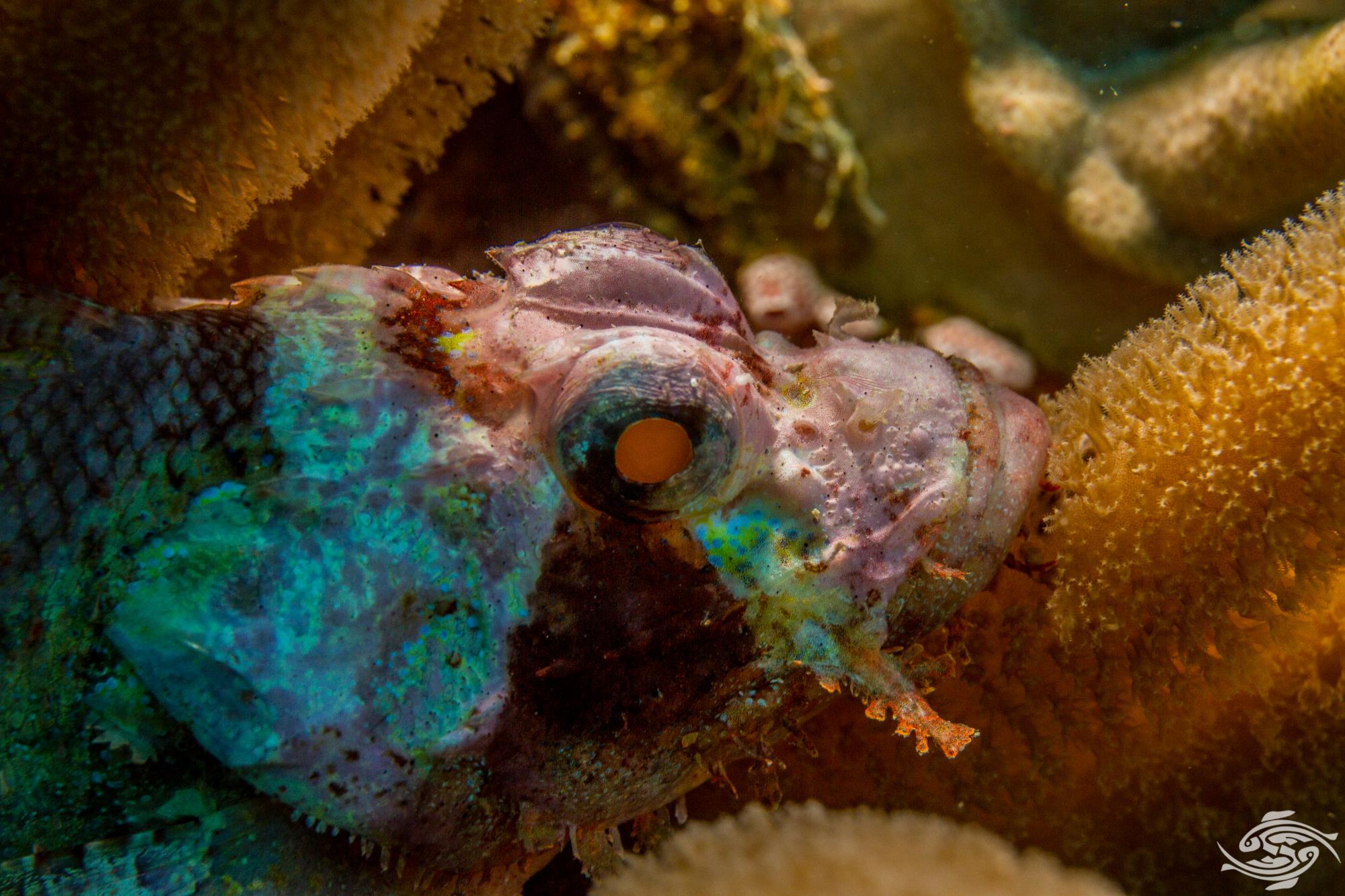 The Raggy Scorpionfish (Scorpaenopsis venosa) is also known as the Yellow-nose Scorpionfish.  As with all Scorpionfish, they are ambush predators which rely on very colorful camouflage. In deeper waters where there is no red light their camouflage is exceptionally good and they can be surprisingly hard to spot.

Raggy scorpionfish grow up to 17.5 cm centimeters in length. Their colours are highly variable. Blotches of a variety of reds, pinks, yellow, oranges, browns and whites are spread across the body and no one fish has the same camouflage pattern. Although the colors are bright, the camouflage is extremely effective. The head and body are decorated with a number of tassels, specifically shaped to resemble seaweed.  The fish has a short slightly humped snout. They have a proportionally large head and mouth and large pectoral fins which are highly coloured.

Bright colours in the sea generally equate to poisonous and they have a series of poison glands in their dorsal fins. 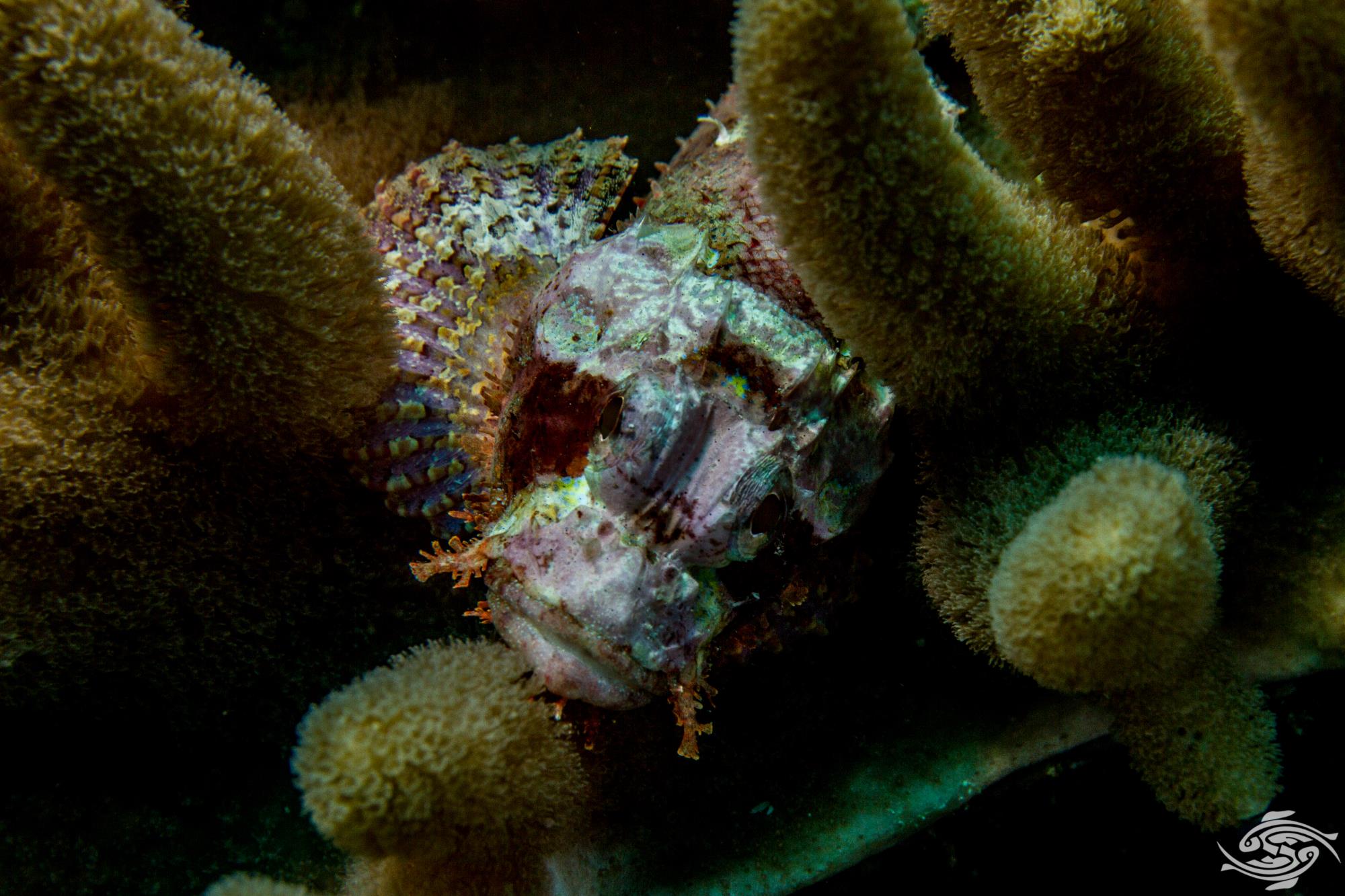 The Raggy scorpionfish are generally easy to approach and they rely on their poisonous status to protect them. Because of their poisonous spines they have few predators and they take advantage of this and studiously ignore a diver. If they feel uncomfortable they will raise their dorsa fin as if in warning and will then wait to see what happens. If a diver does not retreat they sometimes will do a short hop a few feet away. 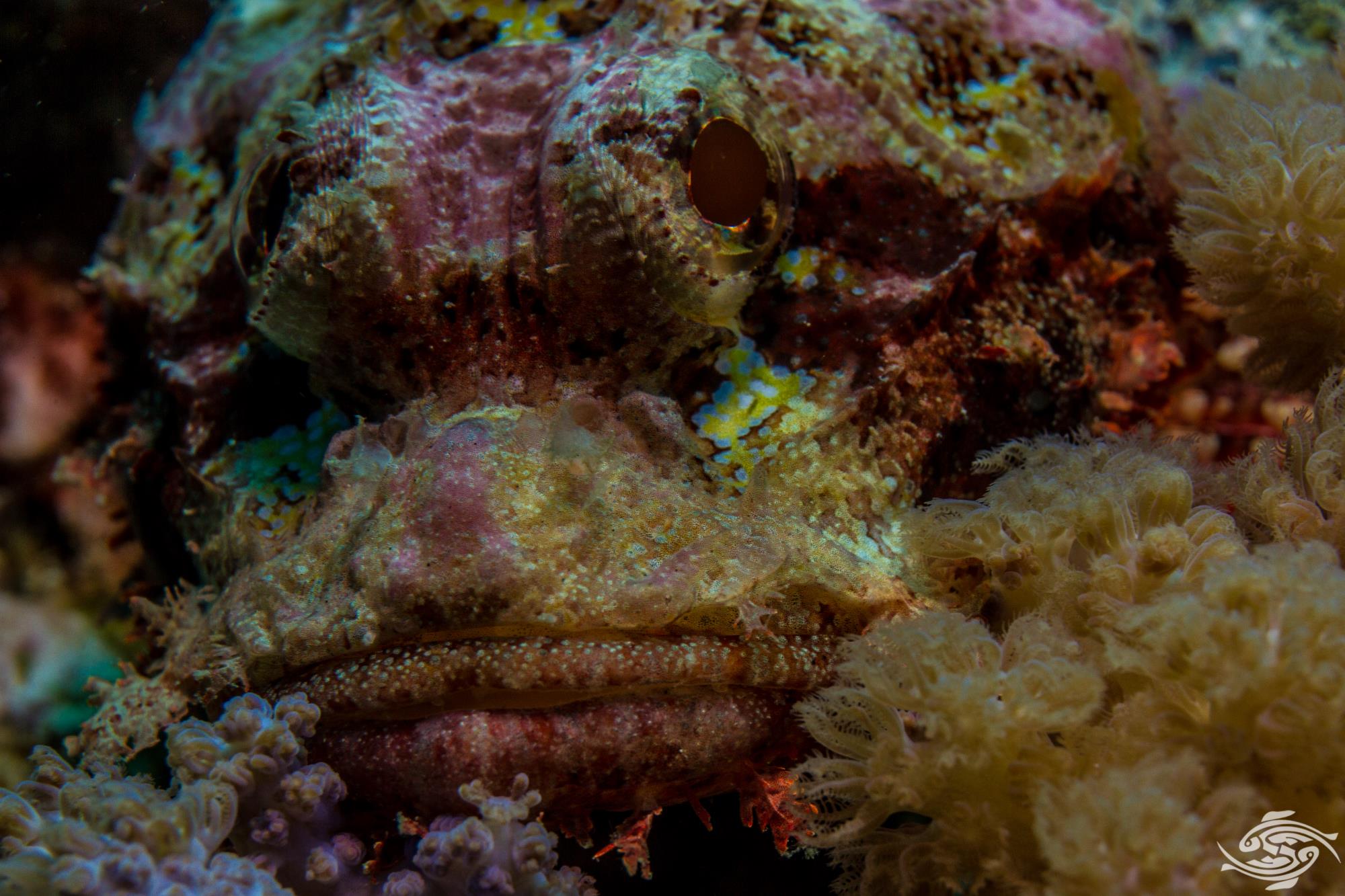 They are found across the Indo Pacific area, all the way up the East coast of Africa to the Red sea and are usually found on rubble or in among weeds. The best time to see them is on a night dive when they are more conspicuous. Because their camouflage is so good it is easy to miss them during the day. When in shallow waters swimmers can easily tread on their spines.

They prey on fishes and crustaceans and pretty much anything that fits in their mouth. They use their large mouths to create a vacuum and suck in and swallow the prey. 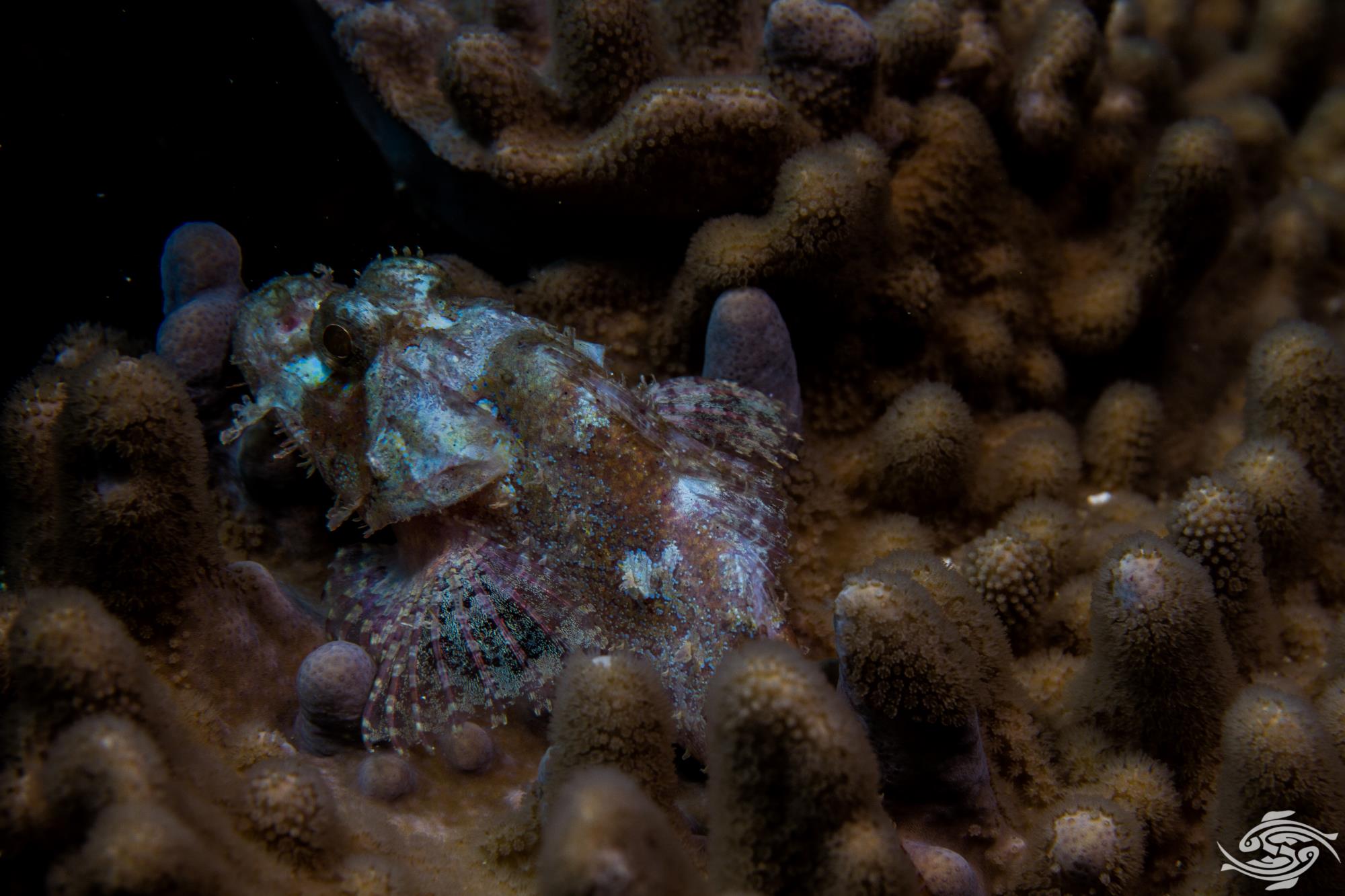 Scorpionfish are oviparous with females producing eggs that when fertilized are released and float near the surface. Little else is known about scorpionfish reproduction. 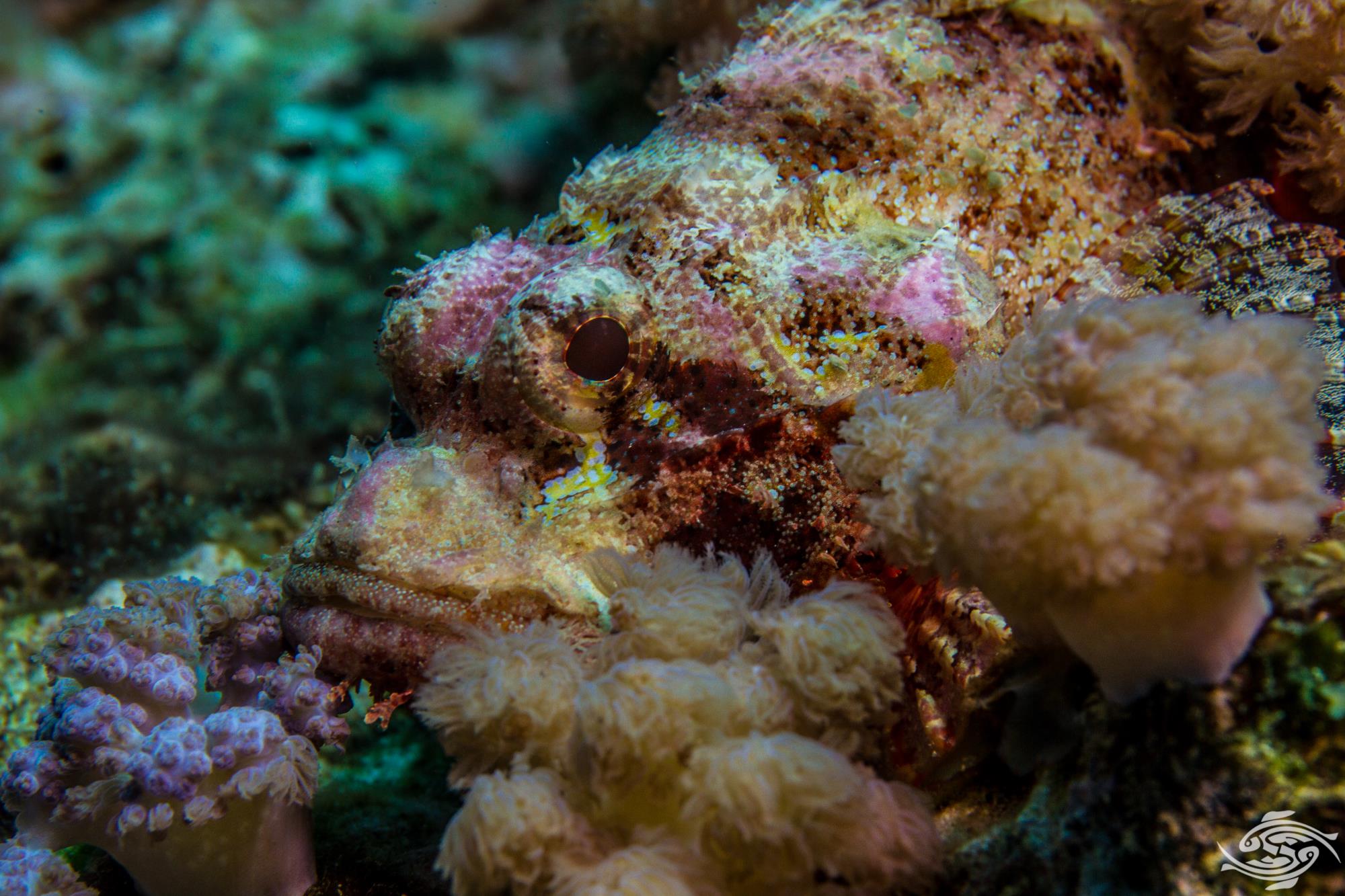 They are caught on the line by some indigenous communities and the flesh is edible but as with any similar predator there is a risk of ciguatera poisoning. 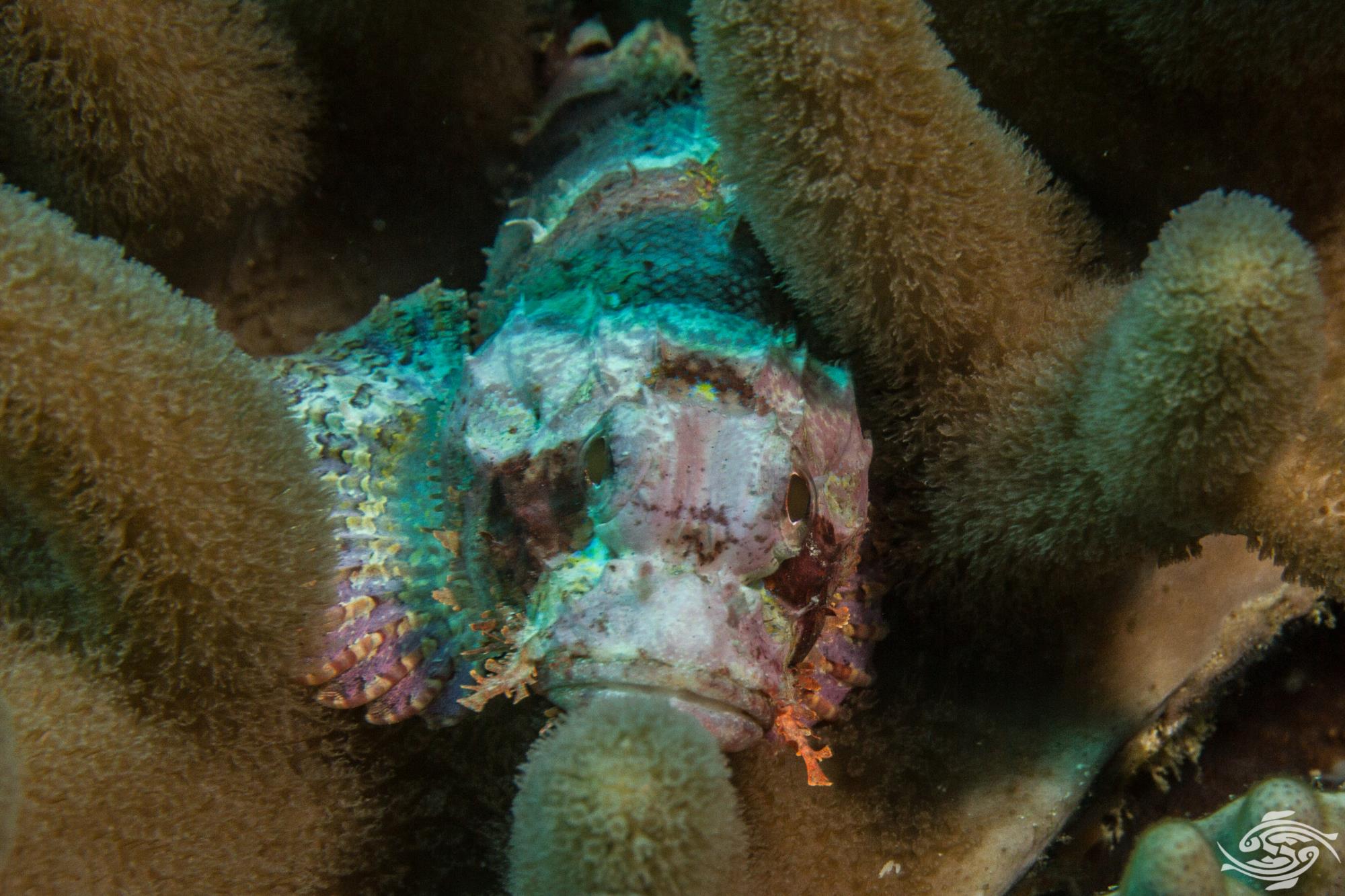 These fish grow quite large and will eat almost anything that moves in front of them. Because of this they are usually only seen in some public aquariums. 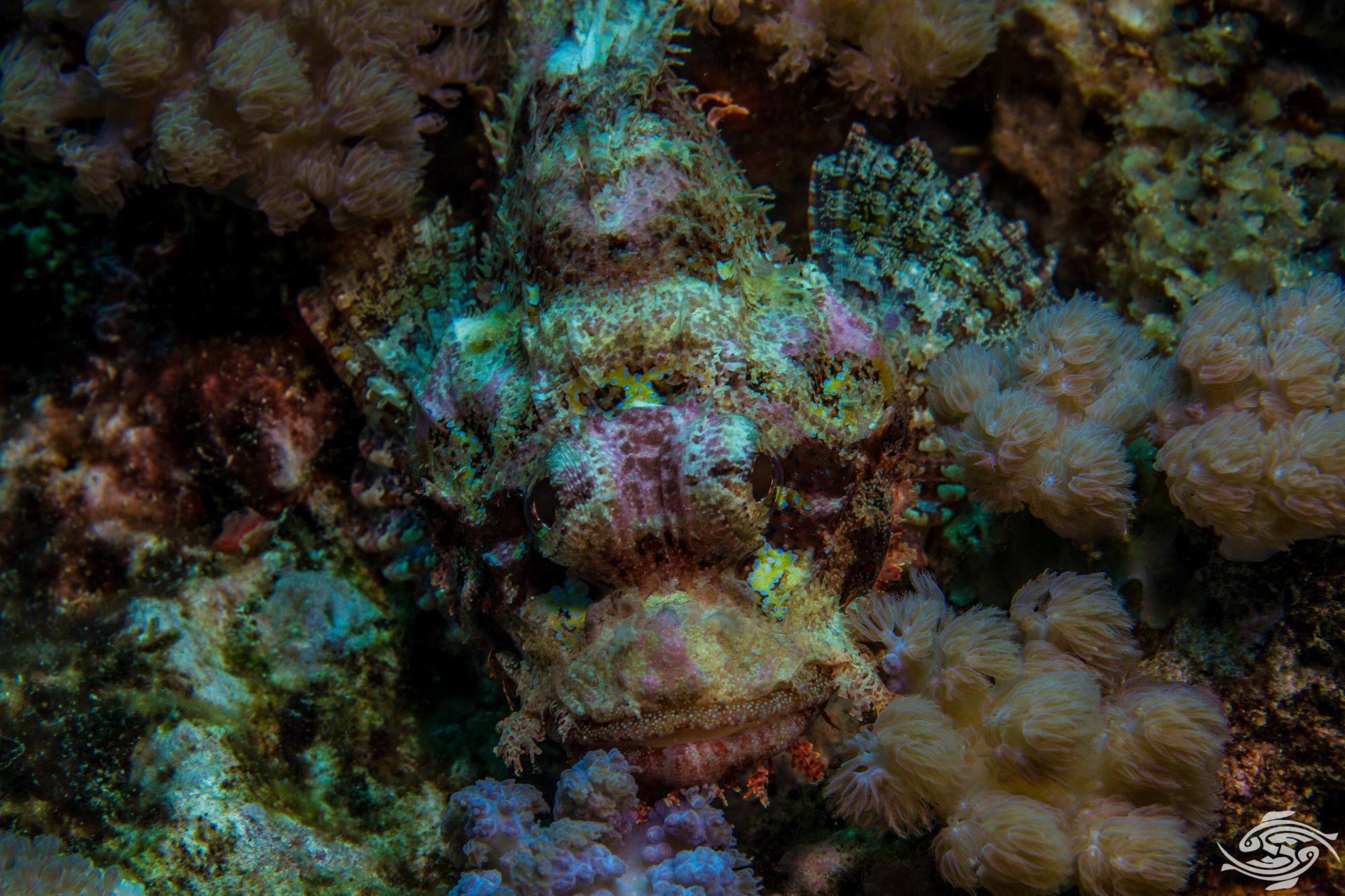