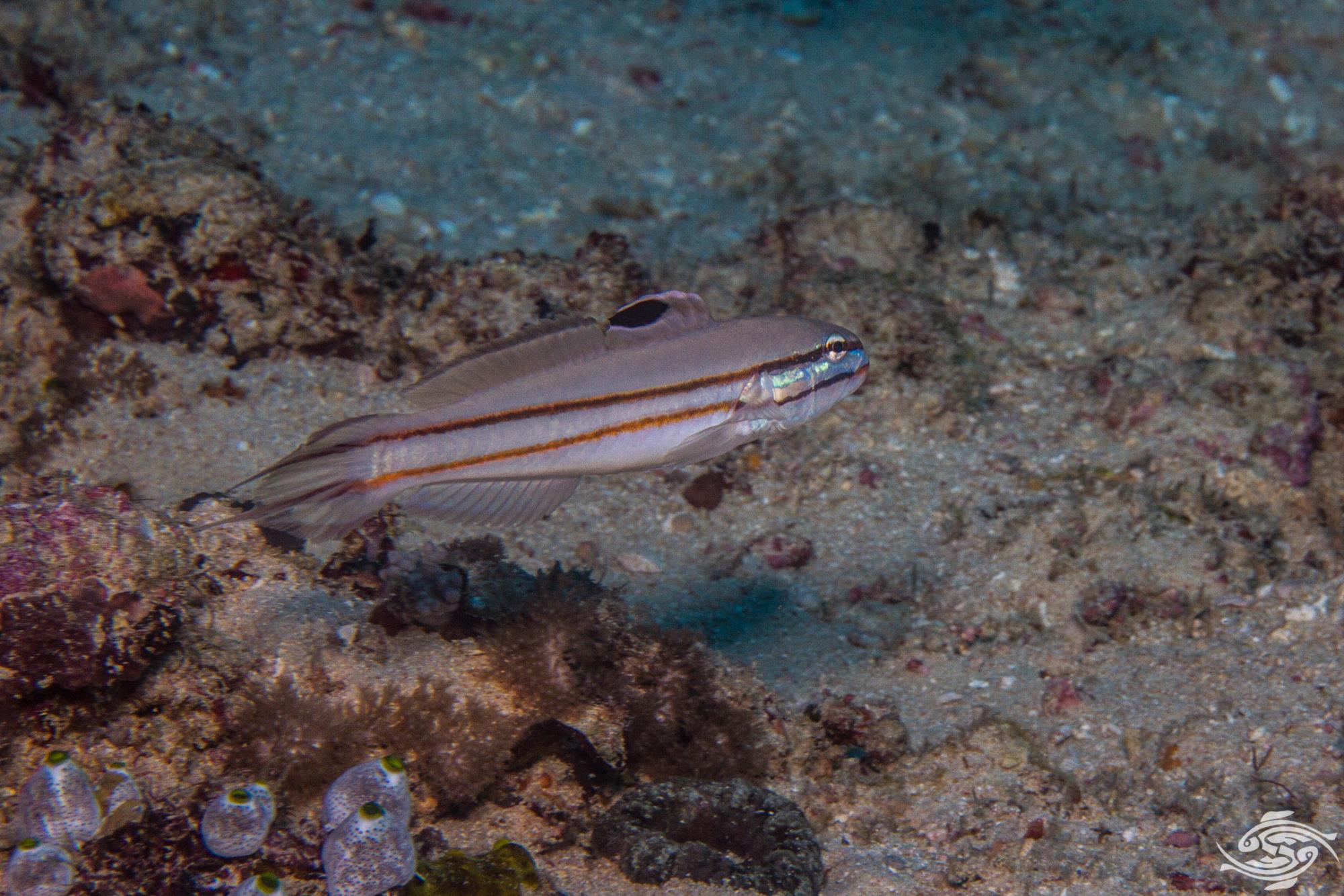 The common names are somewhat confusing referring to them as Glider Gobies and Sleeper Gobies. Technically Sleeper gobies are in the Eleotridae family and Gliders are in the Valenciennea family. Therefore they are correctly called Glider Gobies and obtain their name from their habit of sitting motionless in the water table above the substrate.

Both Sleeper Gobies or Sifter Gobies as they are sometimes known and Gliders take mouthfuls of sand and sift micro organisms out the sand. They both dig a burrow into the substrate and sleep in the burrow at night and use the burrow as a refuge during the day to avoid dangers. 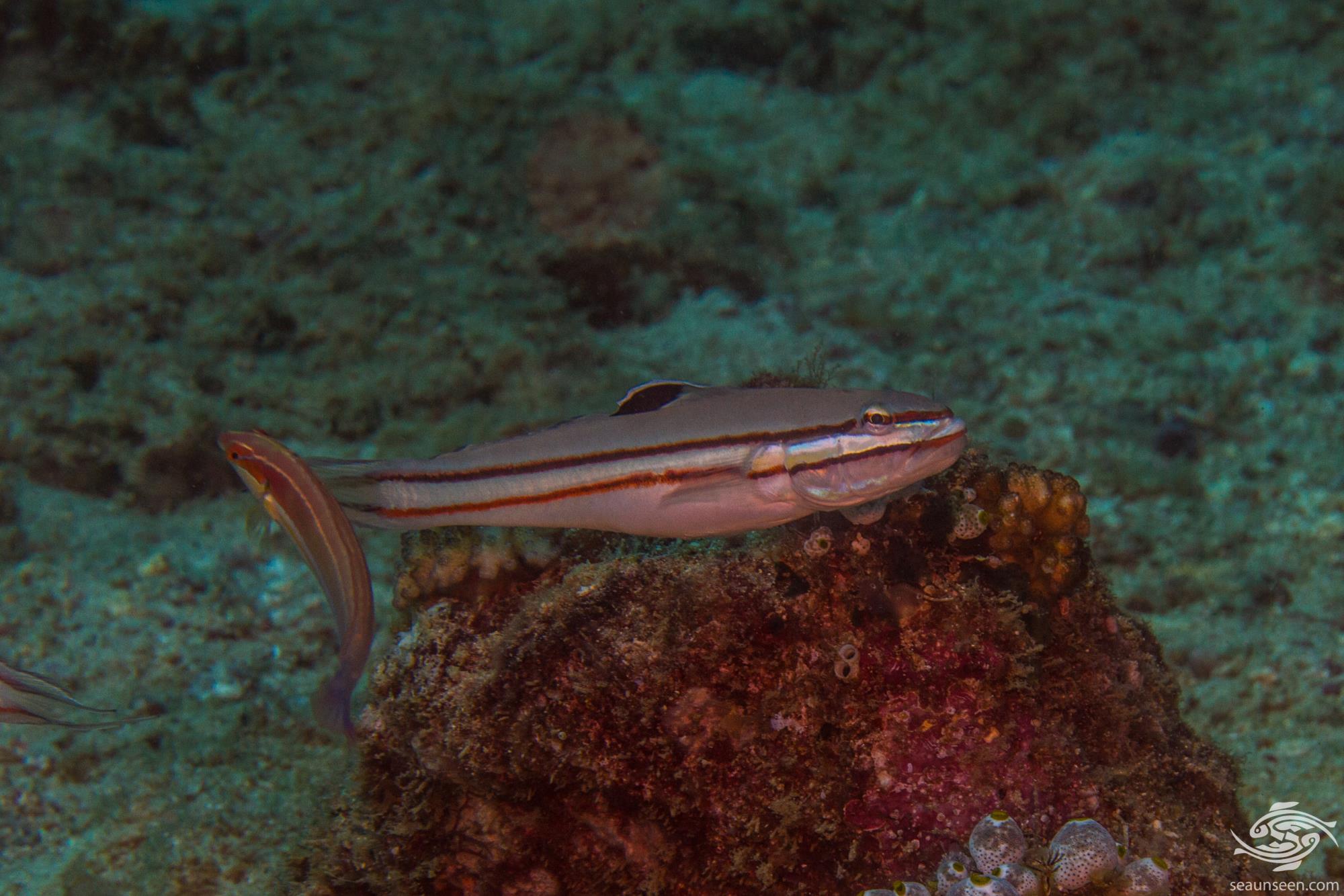 The Railway Glider Goby is a distinctive looking goby. Two parallel horizontal lines bisect the body across the eyes giving them their name, from the resemblance to railway tracks. The lines continue across the caudal fin onto two extended rays. The body above the lines is a medium gray color and below it is a silver color.  There is a distinctive black mark on the rear of the first dorsal fin. Overall they are quite attractive looking fish. 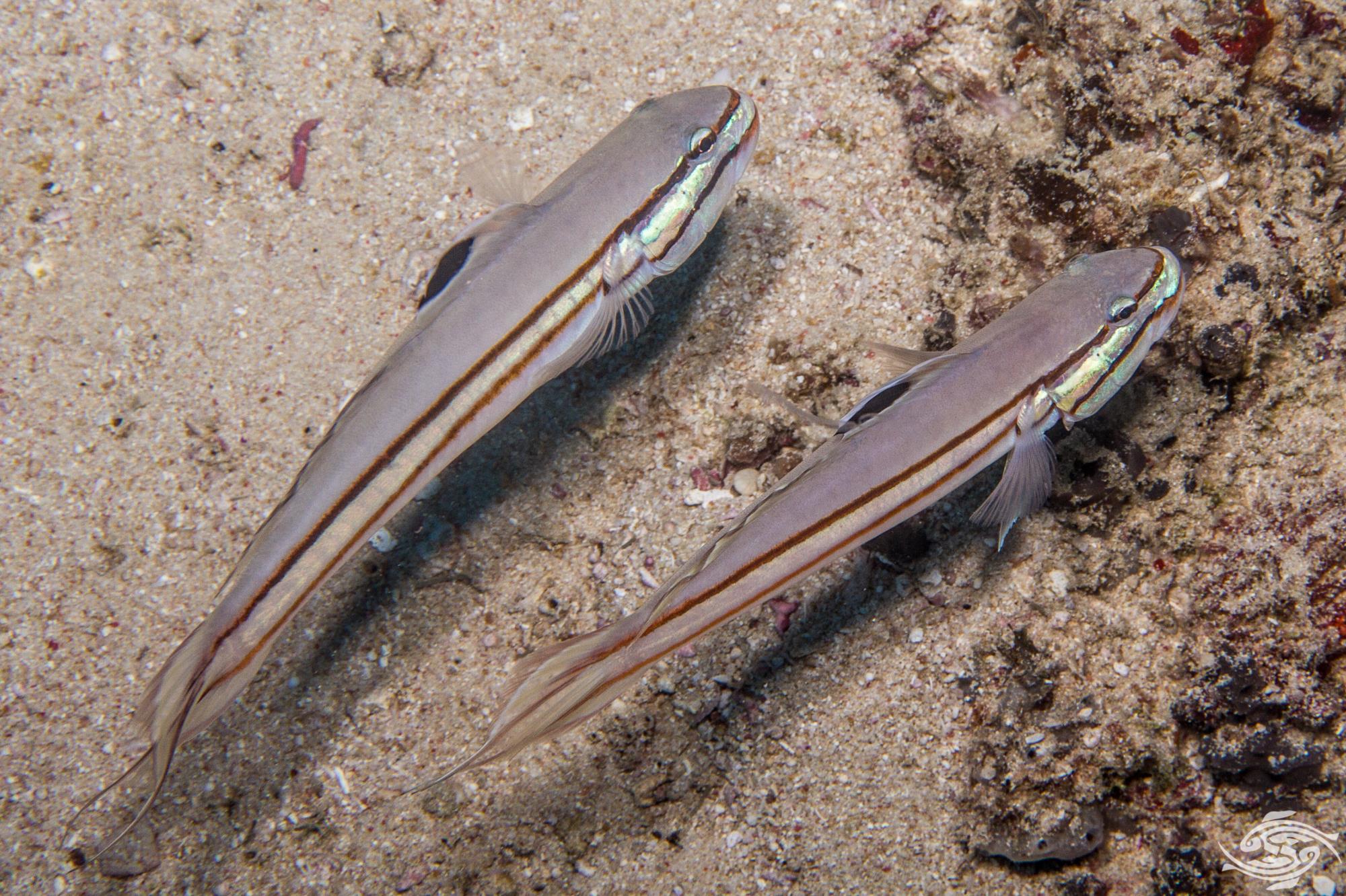 RAILWAY GLIDER GOBY IN THE WILD

The Railway Glider Goby is not common in Tanzanian coastal waters. They are usually seen swimming just above the substrate in pairs. Occasionally the pairs split up for a few minutes and then rejoin again. They are generally difficult fish to approach and photograph. They build mounds above their burrows using pieces of coral rubble and sand. At night they burrow into the sand just before dark, only emerging again in the morning once it is fully light. 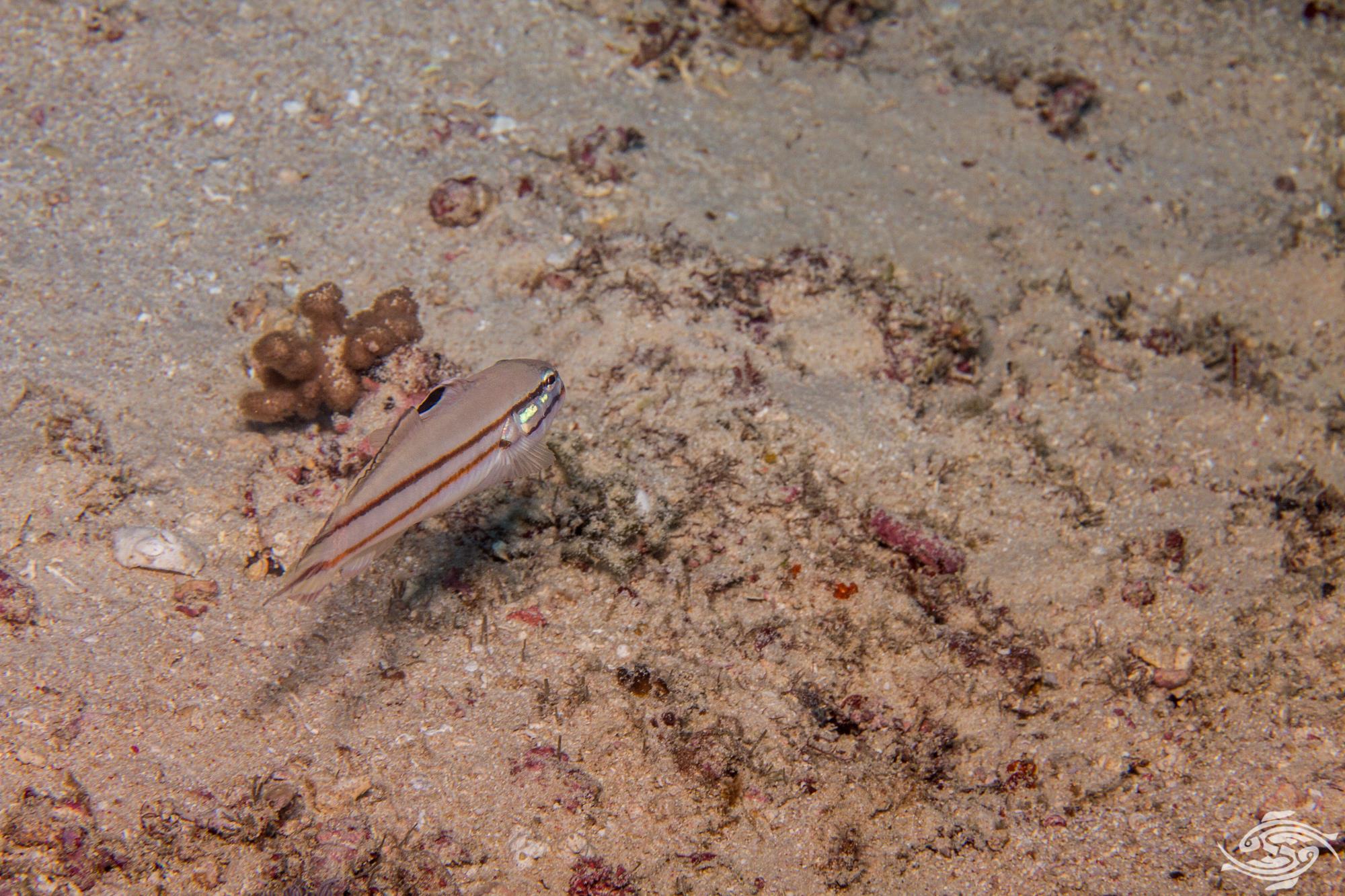 The Railway Glider Goby, is found across the Indo west Pacific area from East Africa to Fiji and Kiribiti, south to the Great Barrier Reef. They are mainly seen on the rubble and sandy areas between corals and  swim low close to the bottom. 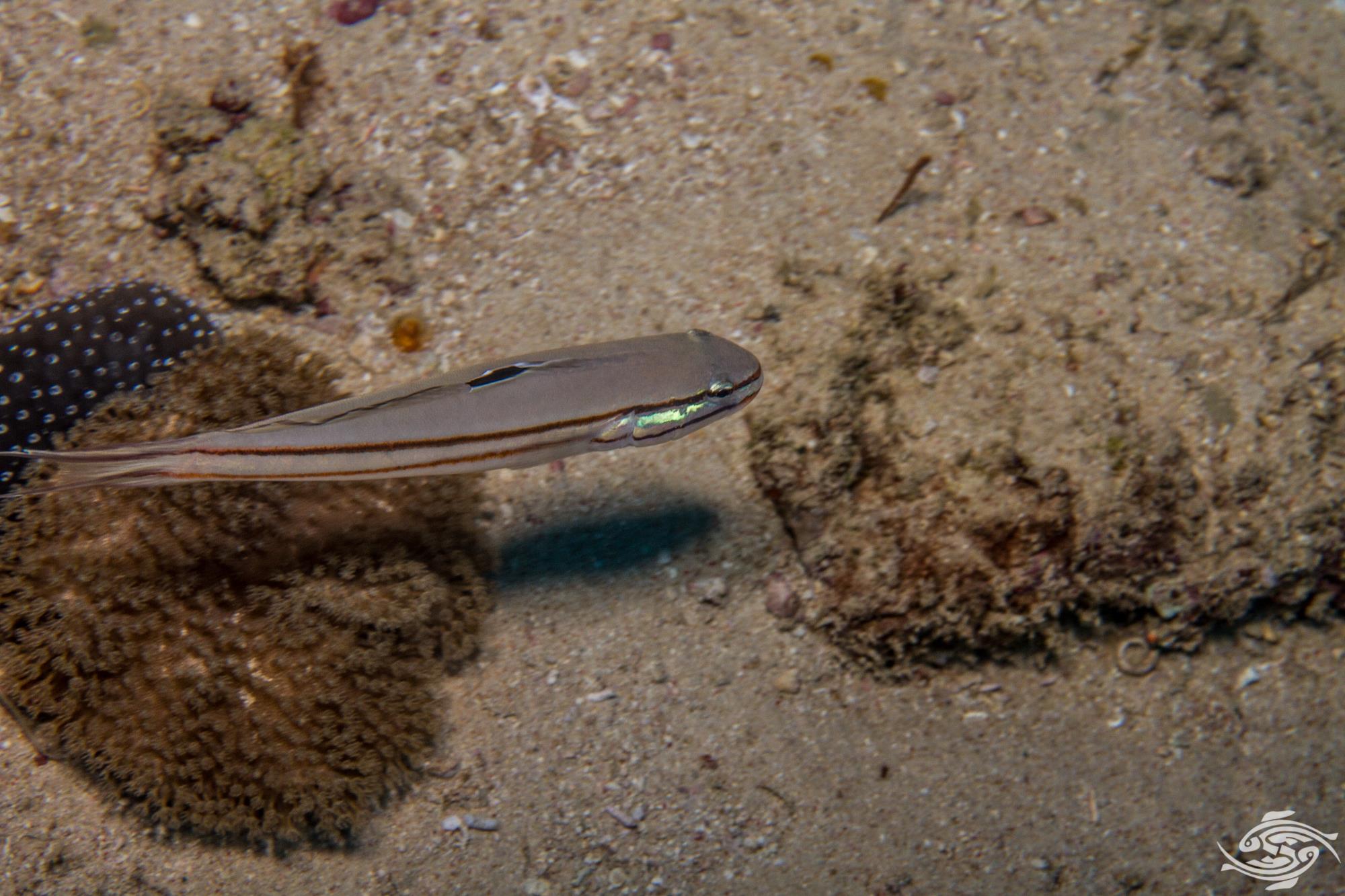 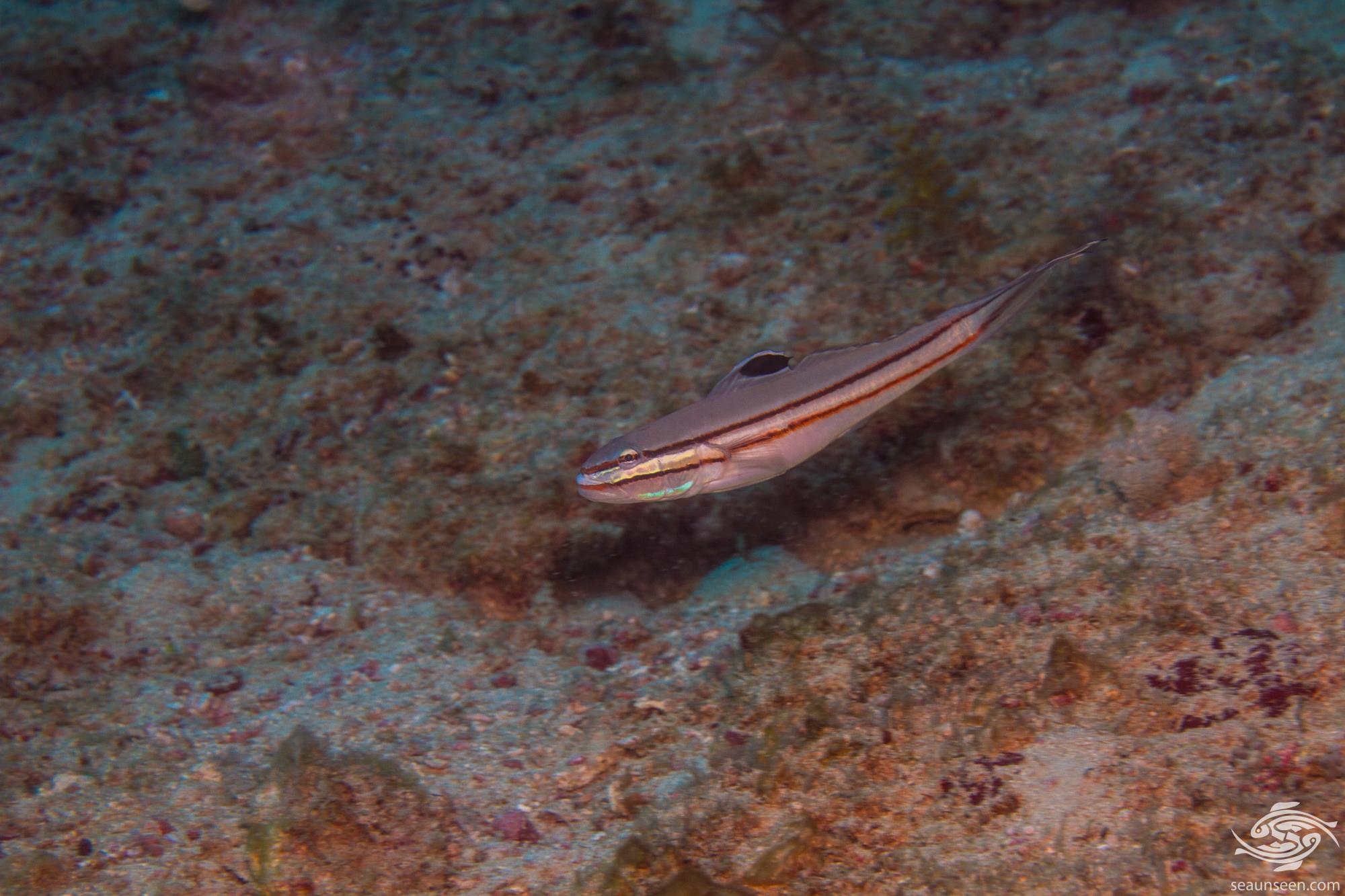 Very little is known about their mating behavior, they seem to form monogamous pairs and engage in mound building.  The eggs are laid in the burrow and the mound above the burrow causes water to speed up over the burrow. This increased water flow assists in aerating the eggs in the burrow. 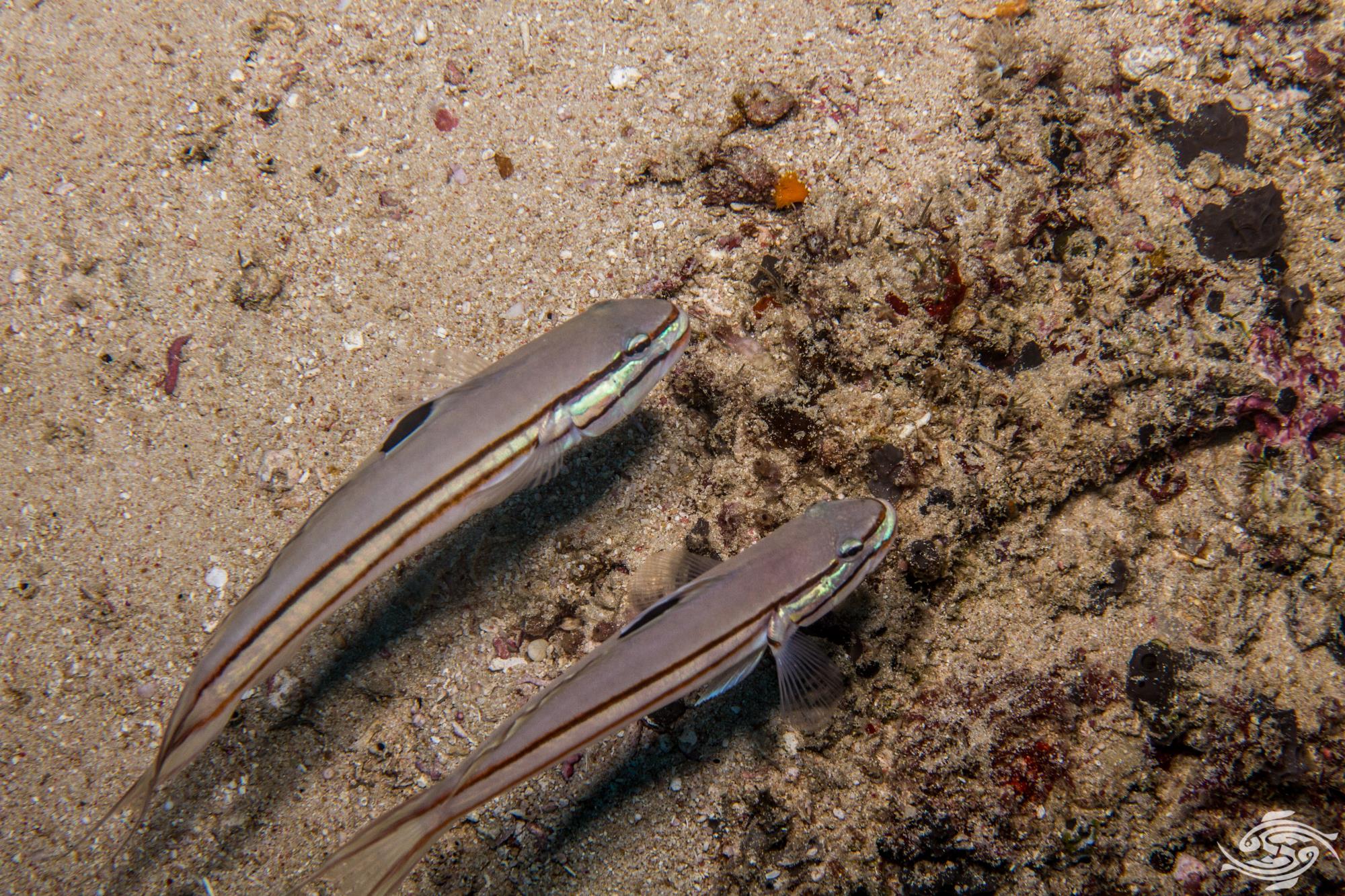 Railway Glider Goby are kept in aquariums and are considered reef safe. However they will feed in the sand in the aquarium. This can disturb the layout of ones aquarium and they can eat all the beneficial organisms in the sand. However to have one in ones tank is probably beneficial. They need thick sand to burrow into and feed. Unless one has a very large aquarium only one should be kept unless one has a mated pair. They will become territorial with other similar feeders who potentially threaten their food supply. 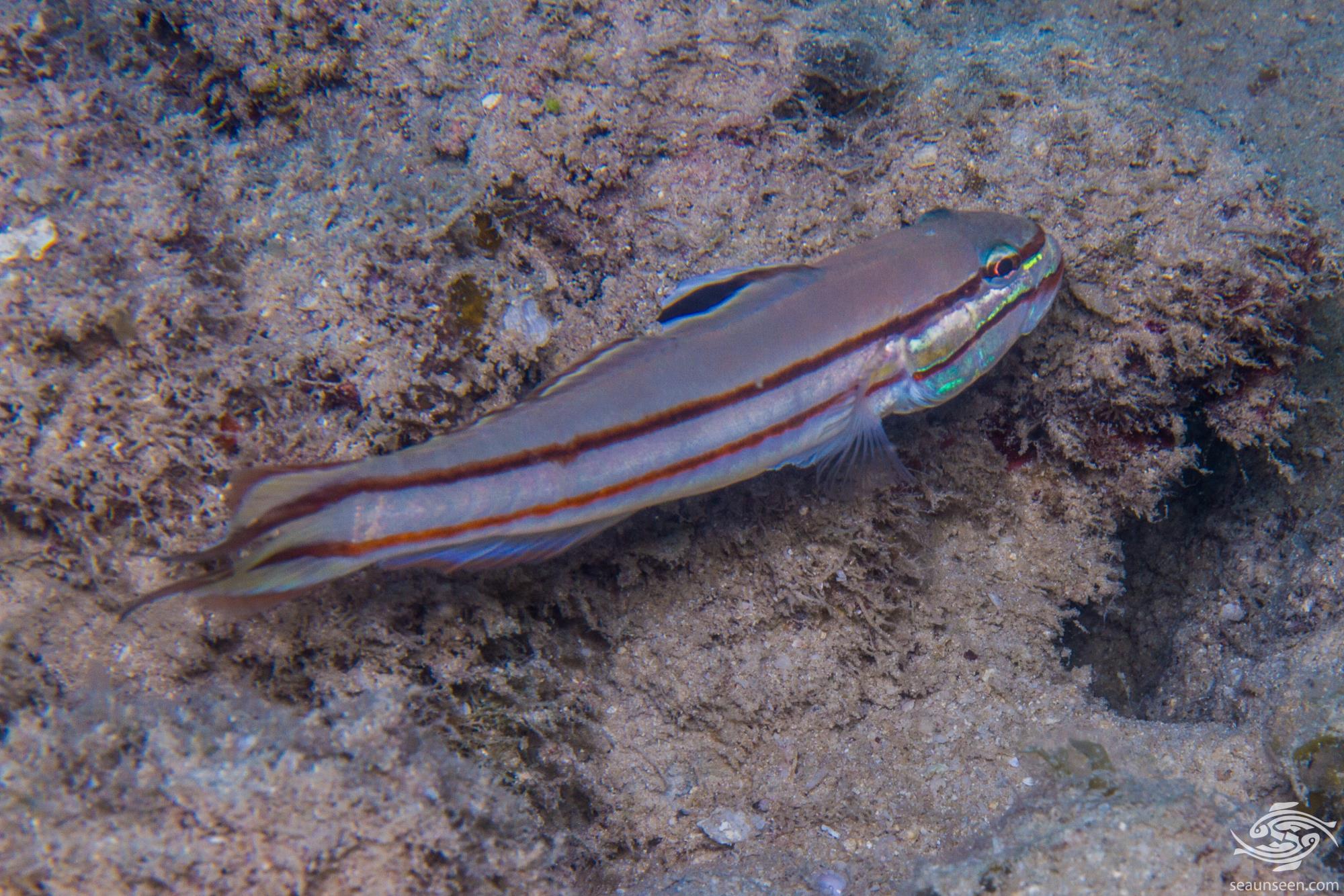