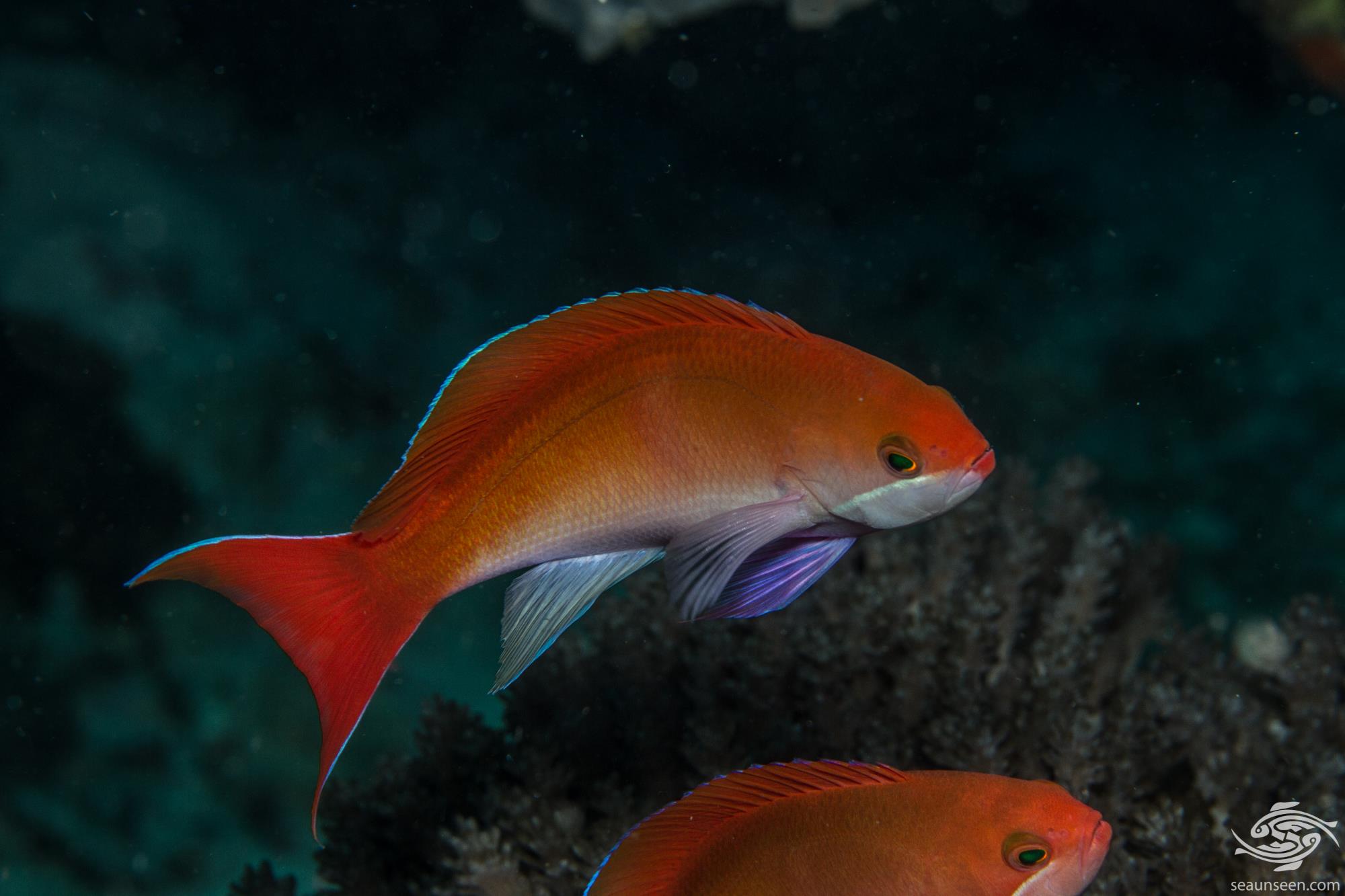 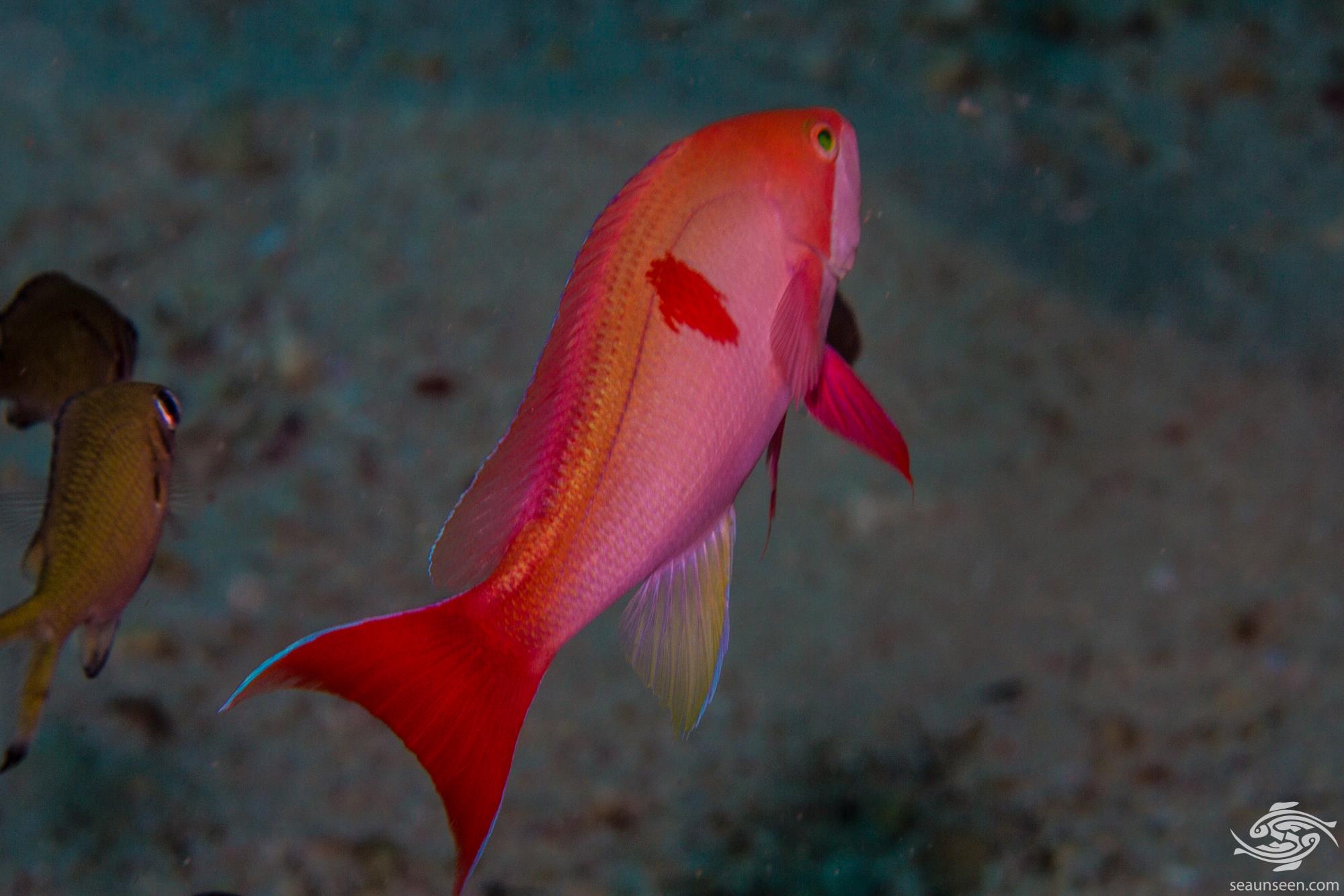 The Red bar Anthias has a fairly typical Anthias shape. They exhibit sexual dimorphism with the females being smaller than the male. Females as seen in the first image are predominantly orange with a silver belly and a red tail. There is a light blue line along the dorsal fin which extends onto the caudal fin. The male pictured above has a more light pink coloured body with a bright red bar on the mid body.  They grow up to 14 cm in length. 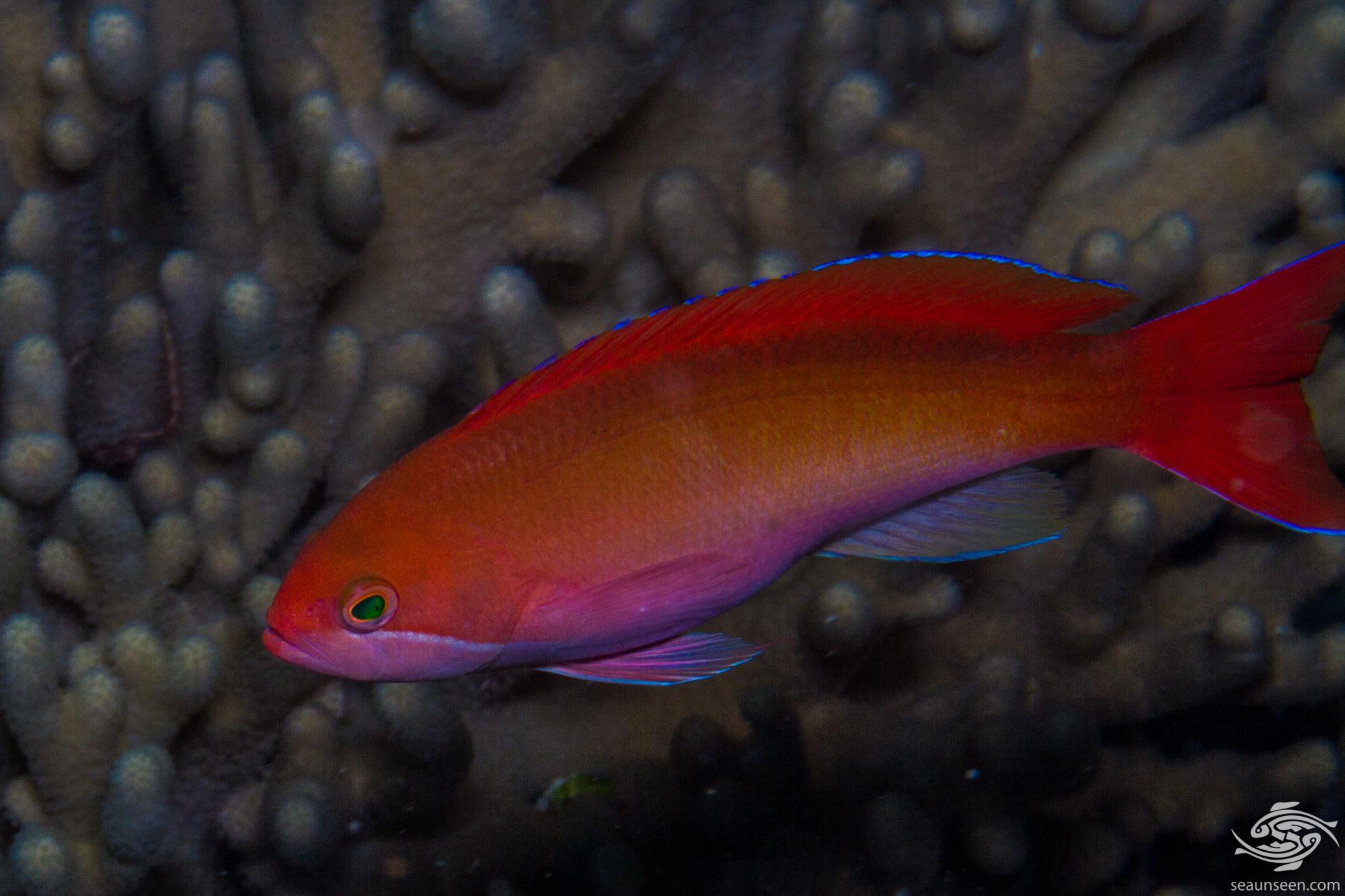 The Red bar Anthias is not very common on the mainland coast and is only found on the edge of the deeper reefs. Usually they shoal in fairly large numbers and make a very attractive sight. They are relatively easy to get close to and as long as one does not make any sudden moves they will generally mill around without going into hiding.  They often shoal with the Fusilier Damselfish. 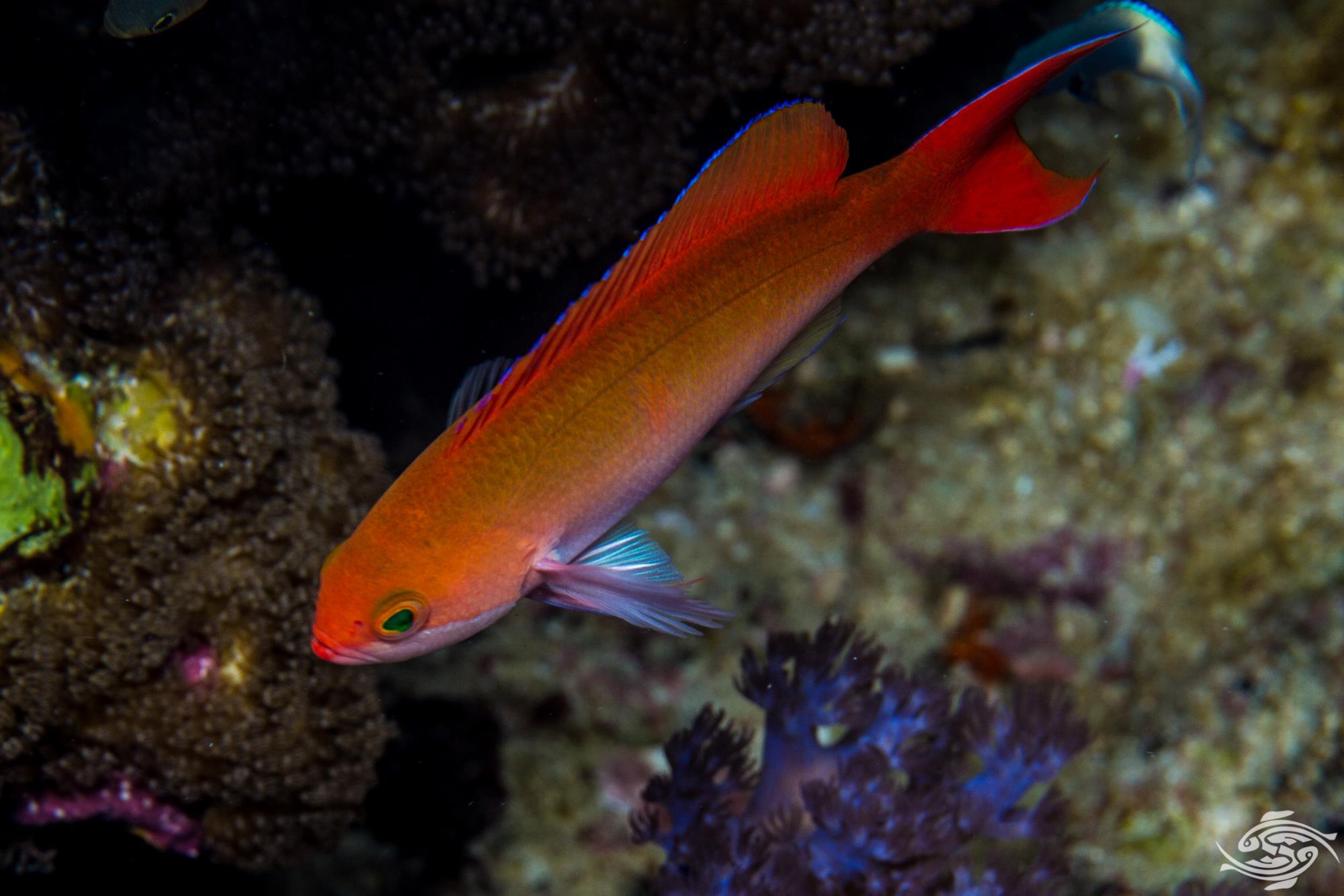 Red bar Anthias are found on the East African coast from Mozambique to Kenya across to Japan and south to Northern Australia.  In Tanzanian waters they are seen only on the deeper reefs at around 20 plus meters, mainly on coral walls that drop off into deeper waters, 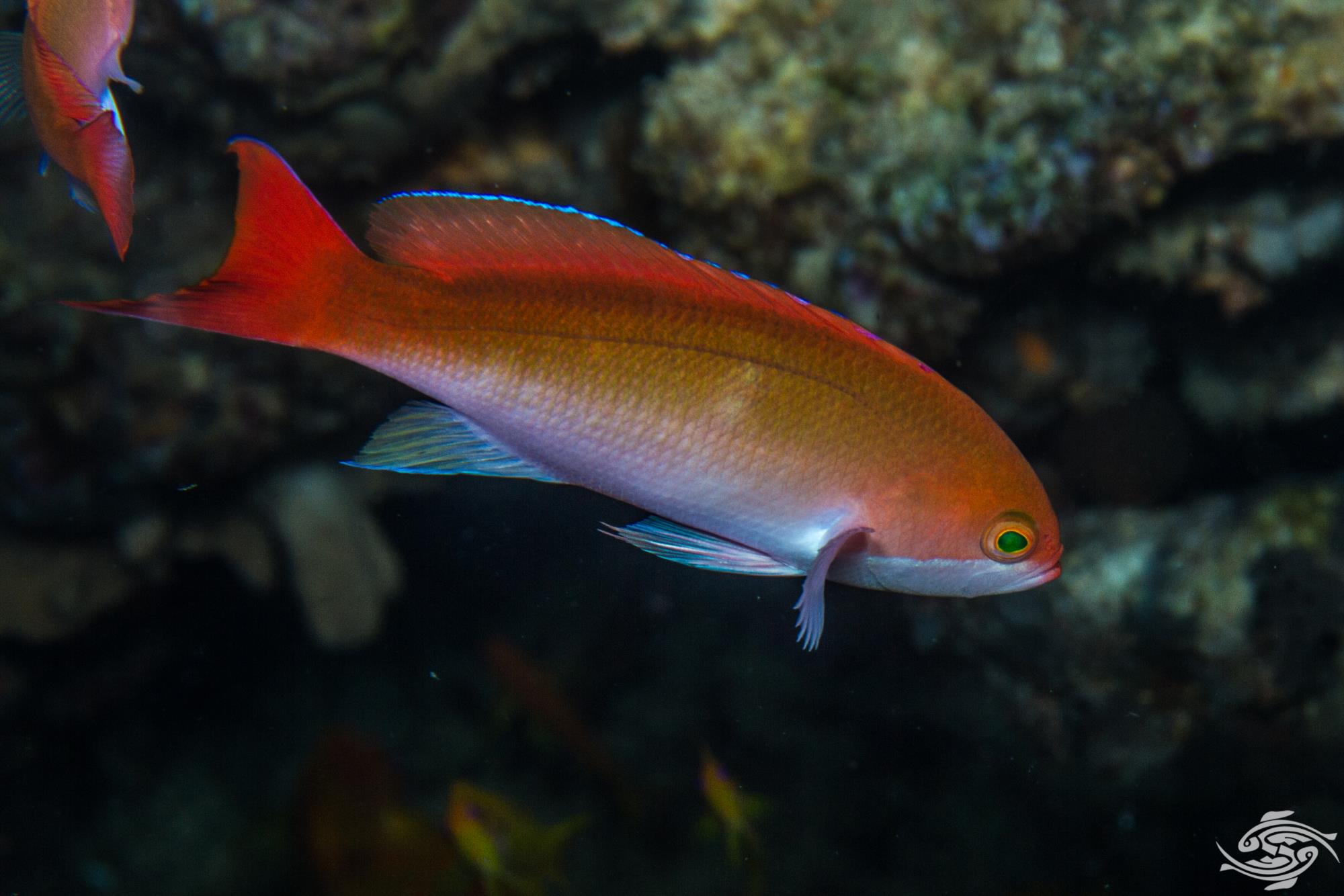 The main diet of the Red bar Anthias is plankton.  They usually shoal close to a feature and make darts into the water table to feed on plankton. 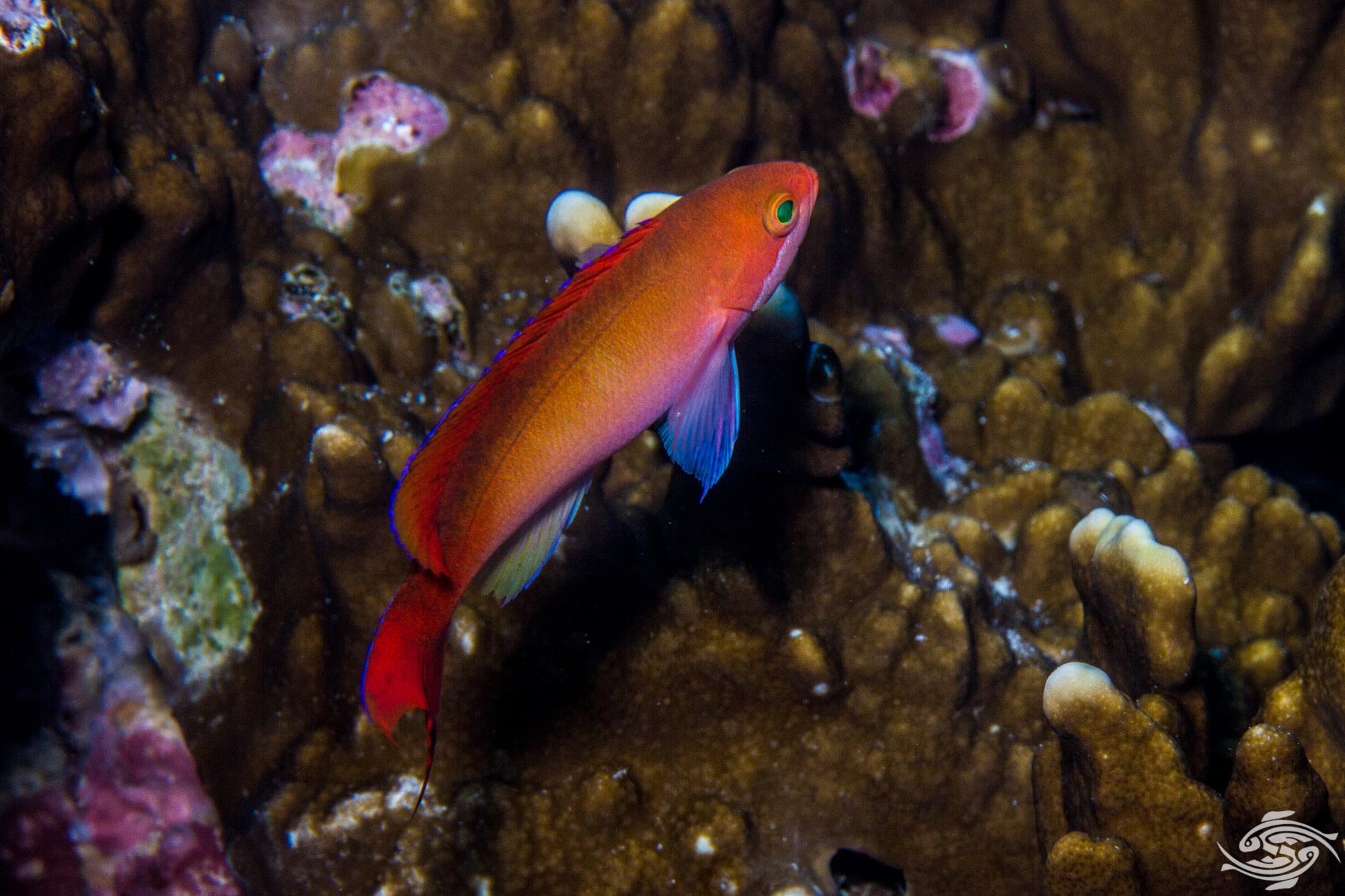 Red bar Anthias are found in haremic groups of a male and several females. Spawning takes place between couples. If the male for some reason disappears then the dominant female will turn into a male.

Red bar Anthias are fairly common in the trade. They are best kept in small groups , if there is no male in the group the largest female will change into a male. They feed in the open water above the substrate and will be happier if they have some swimming room in the tank along with some good hiding places. They may jump so a well sealed tank is a good idea. They are relatively easy to keep and feed. 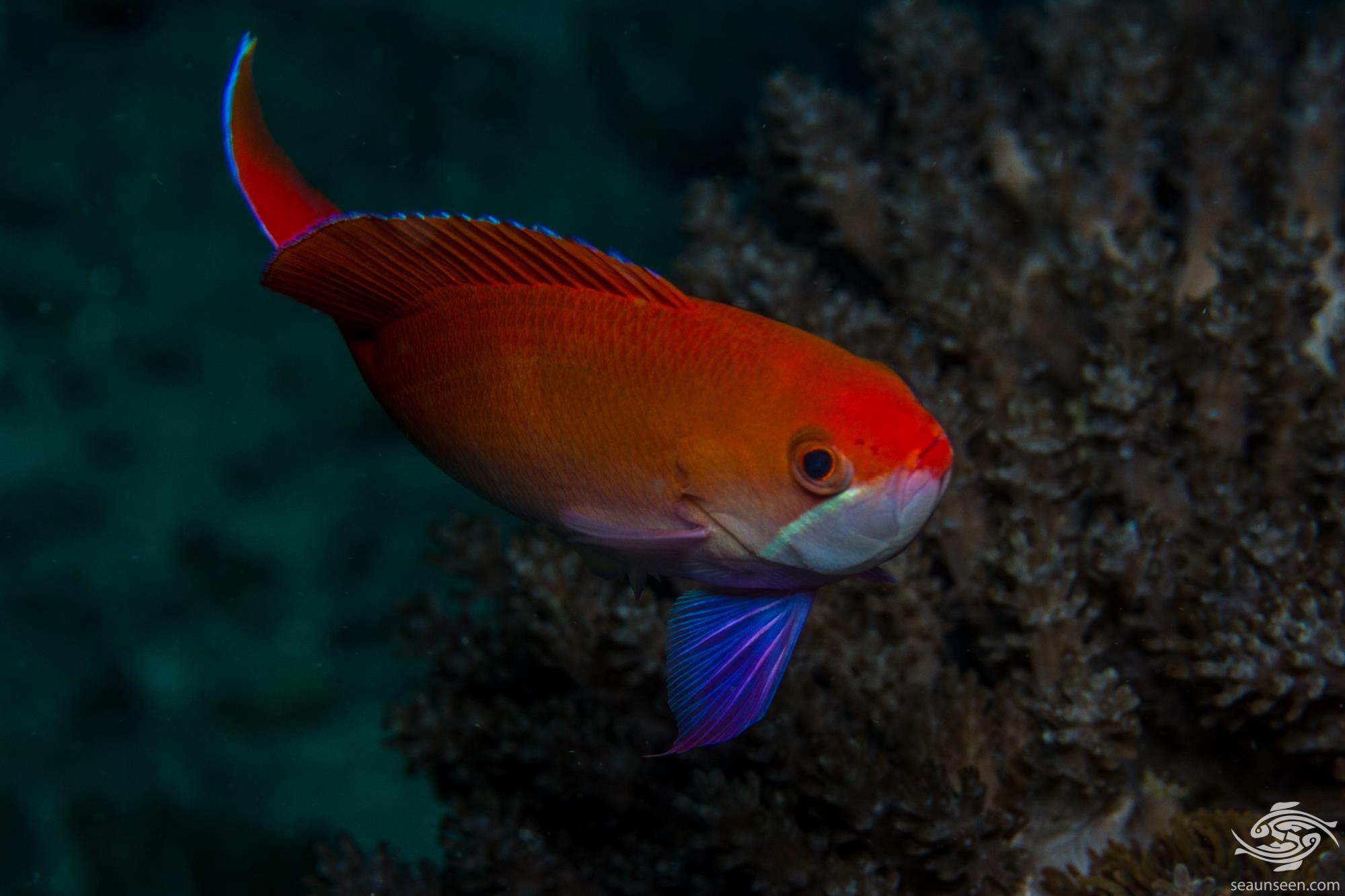