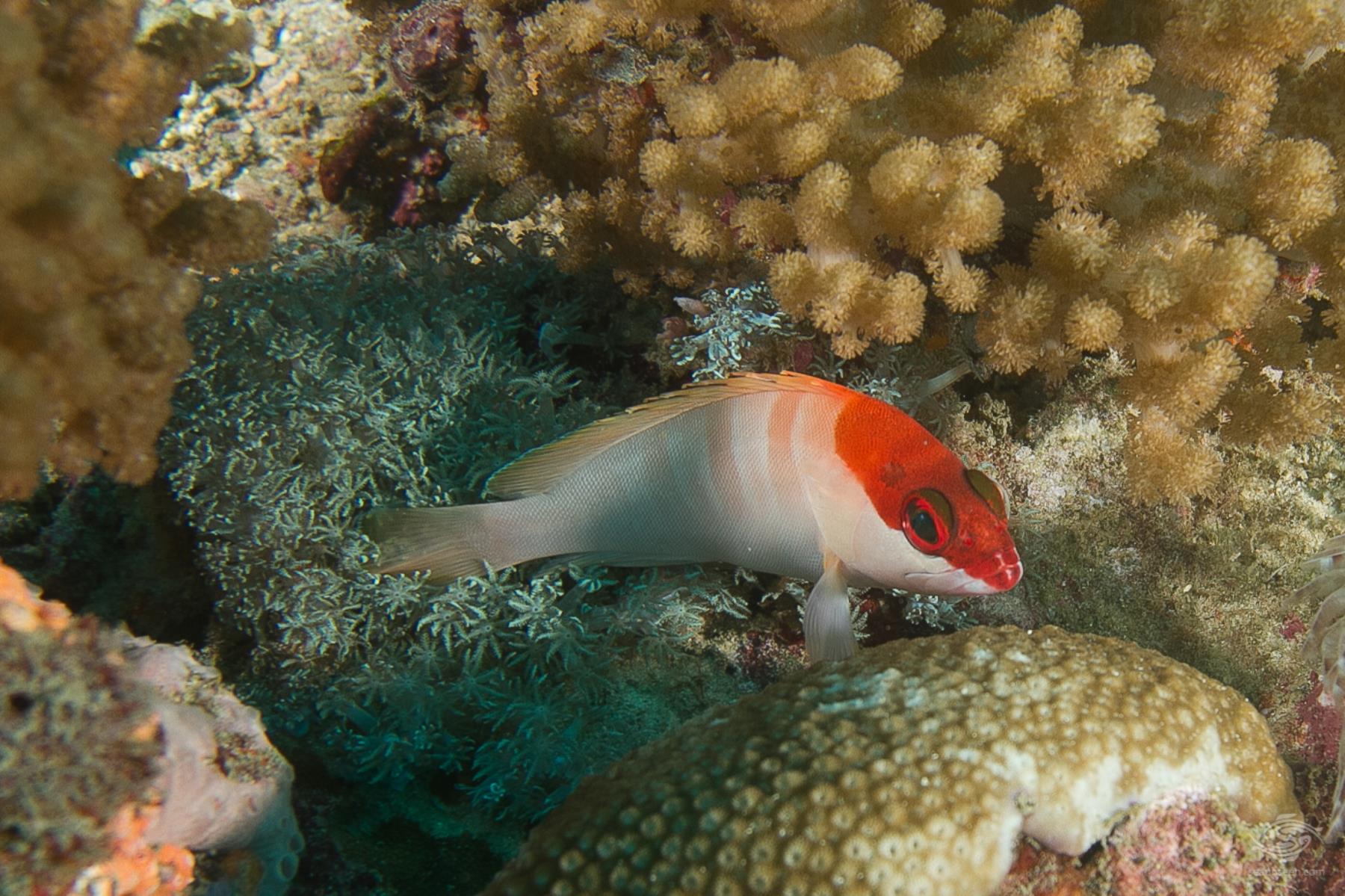 The red barred rock cod Epinephelus fasciatus is also known as the black tipped rock cod, red barred grouper, red banded grouper and the football grouper.  In Tanzania on the mainland coast they were relatively rare until November 2017 when the practice of dynamite fishing was stopped.  They are one of the species that have made a dramatic comeback in numbers.

The red barred rock cod has a fairly typical grouper shape, slightly less robust than the normal grouper. As with other groupers they can lighten or darken theirs coloration depending on mood. It’s typical coloration is a whitish background with six red vertical bars and at times a red patch on the head, with a green line above the eyes.

The tips of the membrane between the dorsal fins towards the head are a black color which gives it its local name of black tipped rock cod, in some areas of the world. When stressed it  can darken its color to a more uniform reddish color. Their maximum size is between 35 to 40 cm in length although 25 to 30 cm is more common. 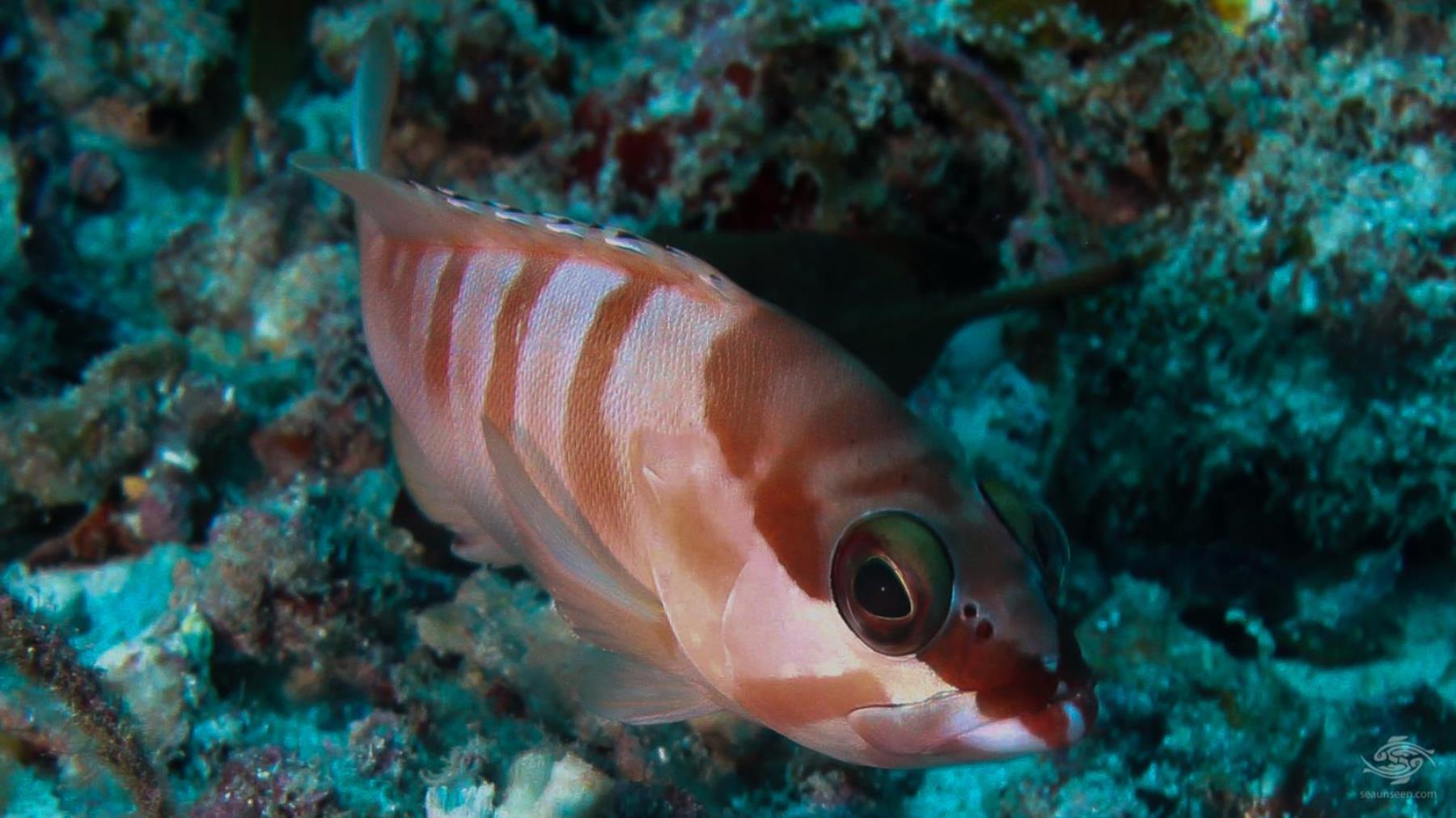 Red barred rock cod are usually fairly shy fish when it comes to divers and will usually quickly swim away and hide. But on occasion they will do the exact opposite and swim towards a diver, possibly territorial behavior by a male hoping to drive you out of his territory.

Red barred rock cod are found on the east coast of Africa from Durban in the south to the Red sea, eastwards to the mid Pacific including most islands.  They are typically found on exposed reefs at depths below 15 meters but can also be found in protected bays and estuary’s in shallower water. 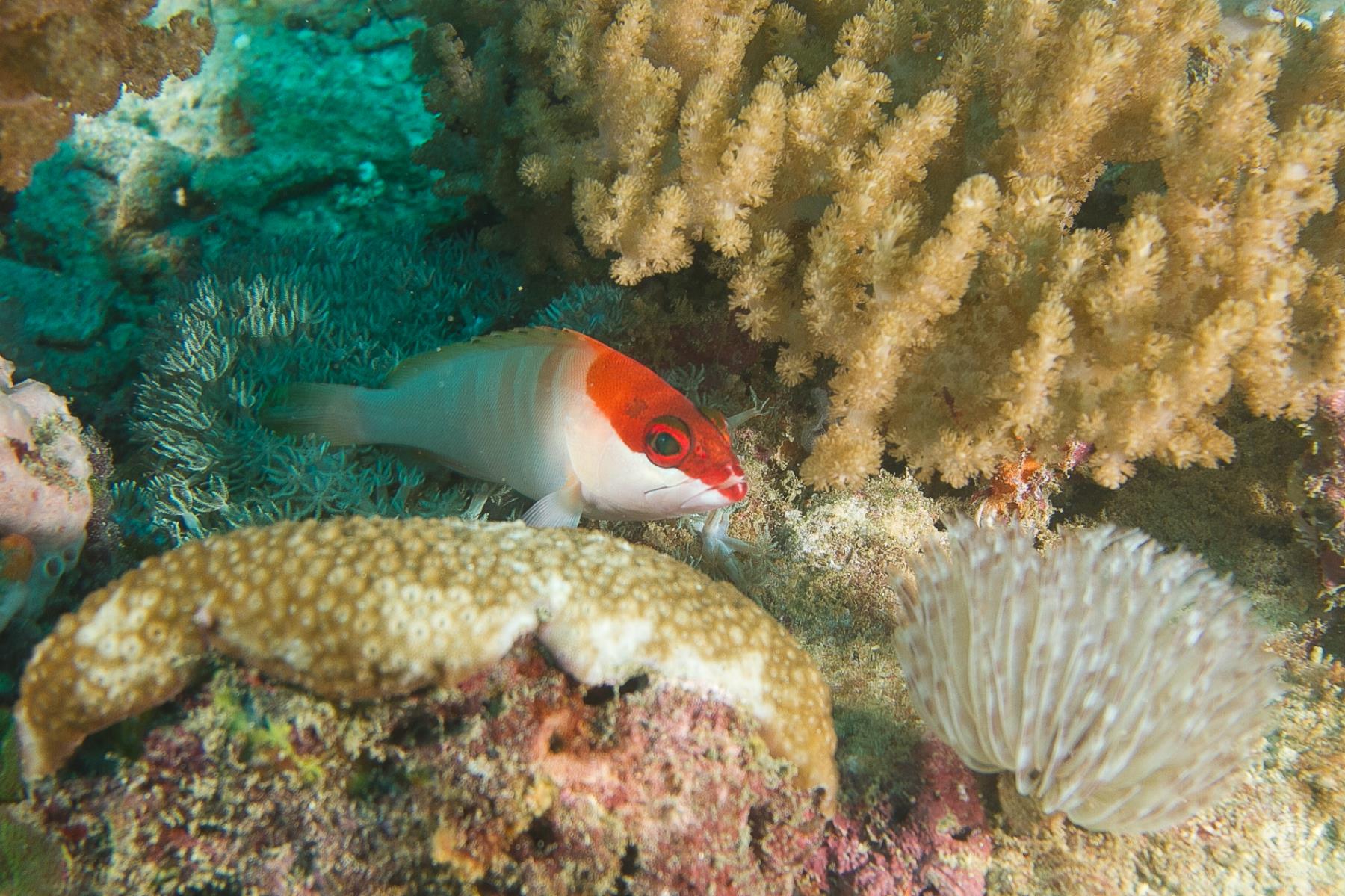 The main diet of the red barred rock cod is small fishes, octopus and crustaceans. However given they are regularly caught by fishermen, they scavenge as well. They are ambush predators who vary their diet according to location and availability and pretty much anything moving that can fit into their mouths they will have a go at. 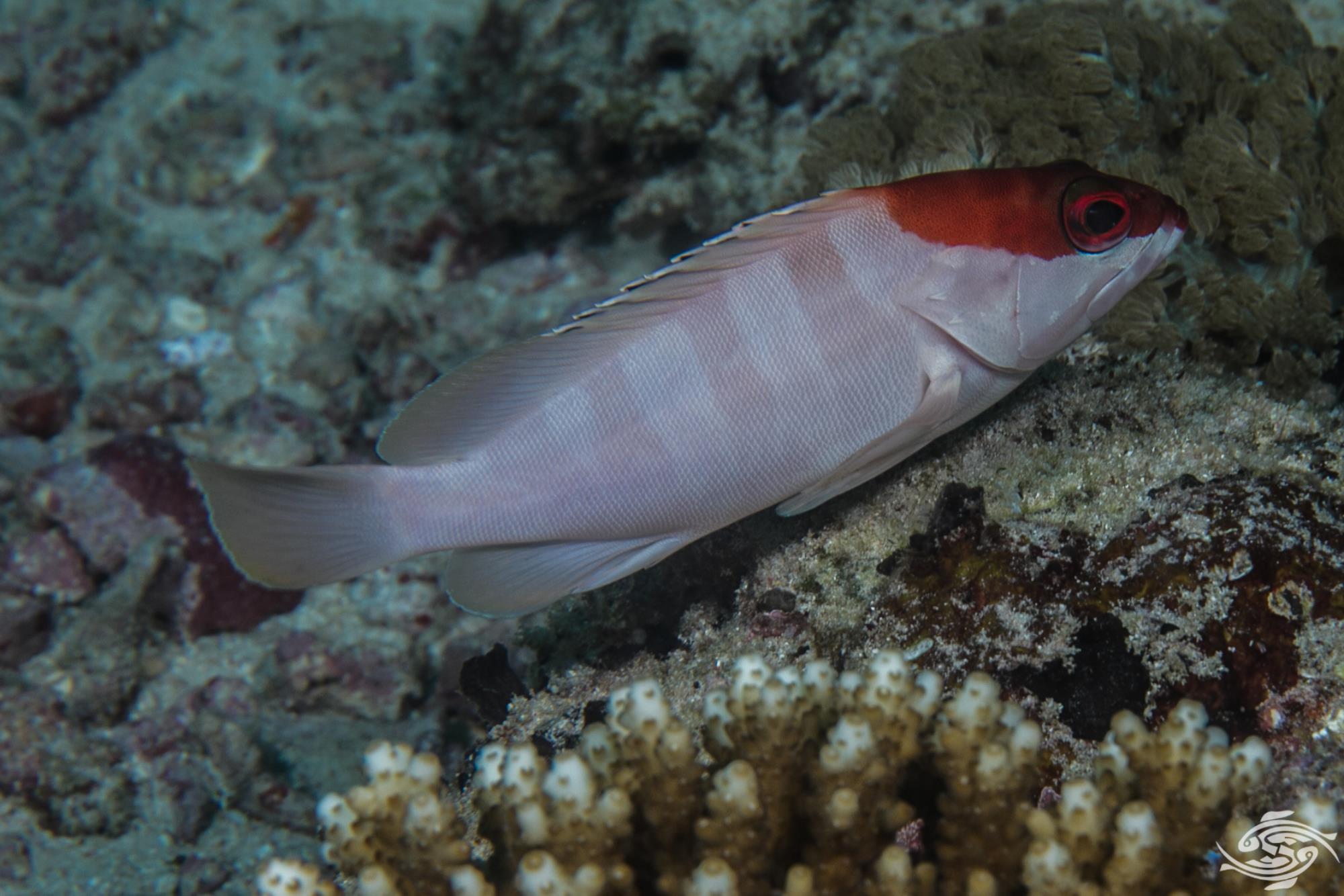 Little seems known about the breeding behavior of red barred rock cod fish, there are conflicting views on how this occurs. 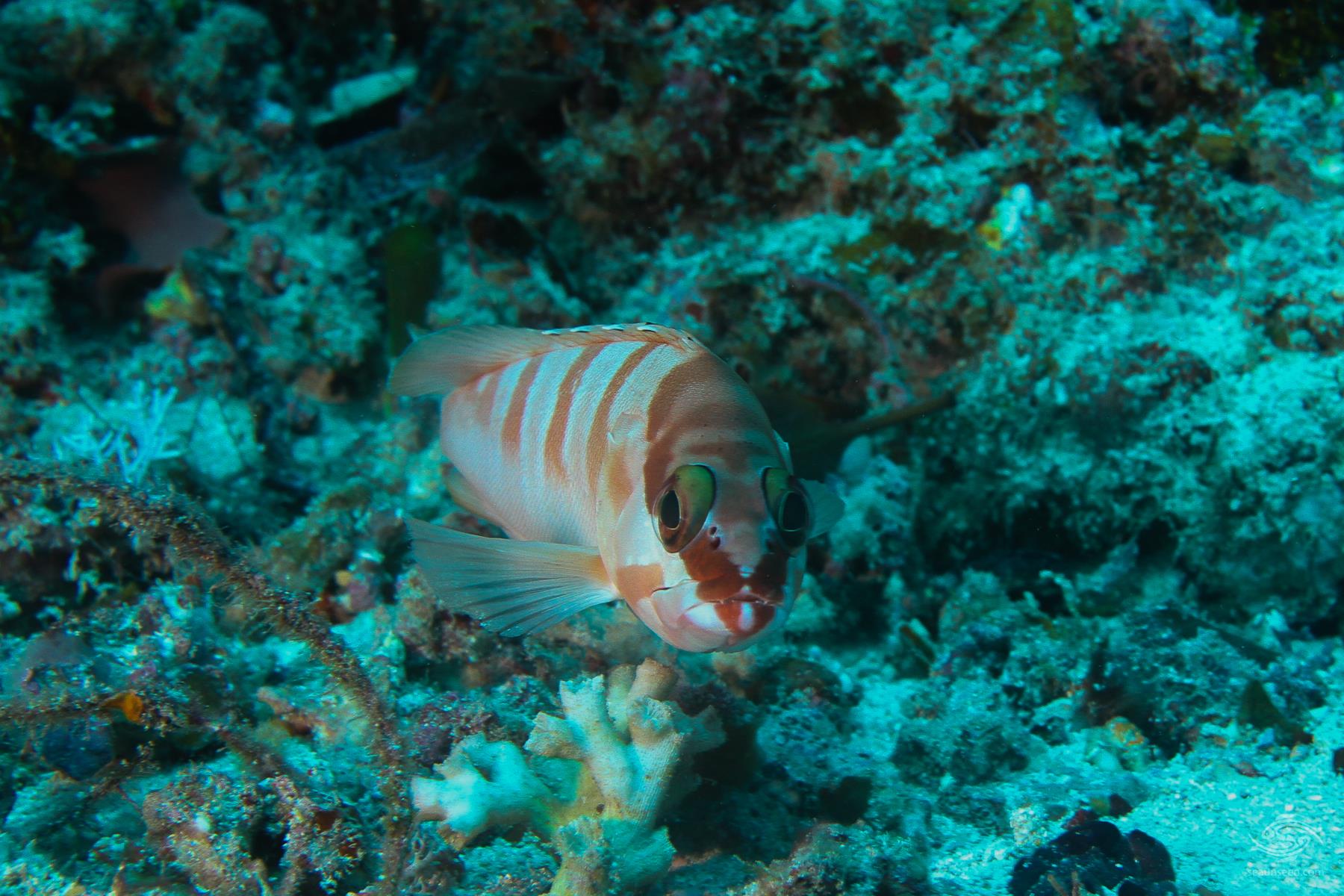 The red barred rock cod is fished commercially and in most areas of the Tanzanian coast is heavily over fished. They are a common table fish in Mauritius where they are considered a delicacy. 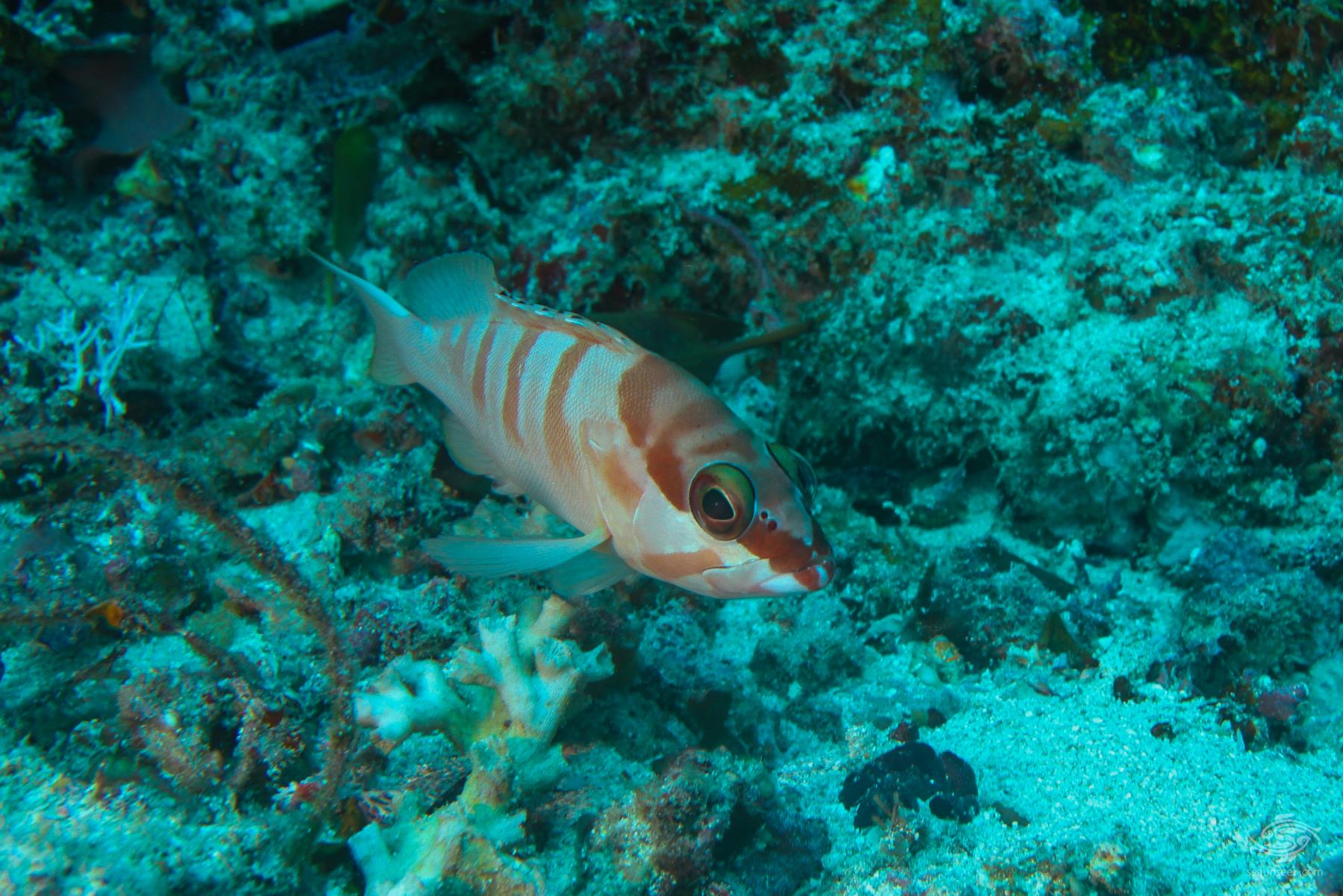