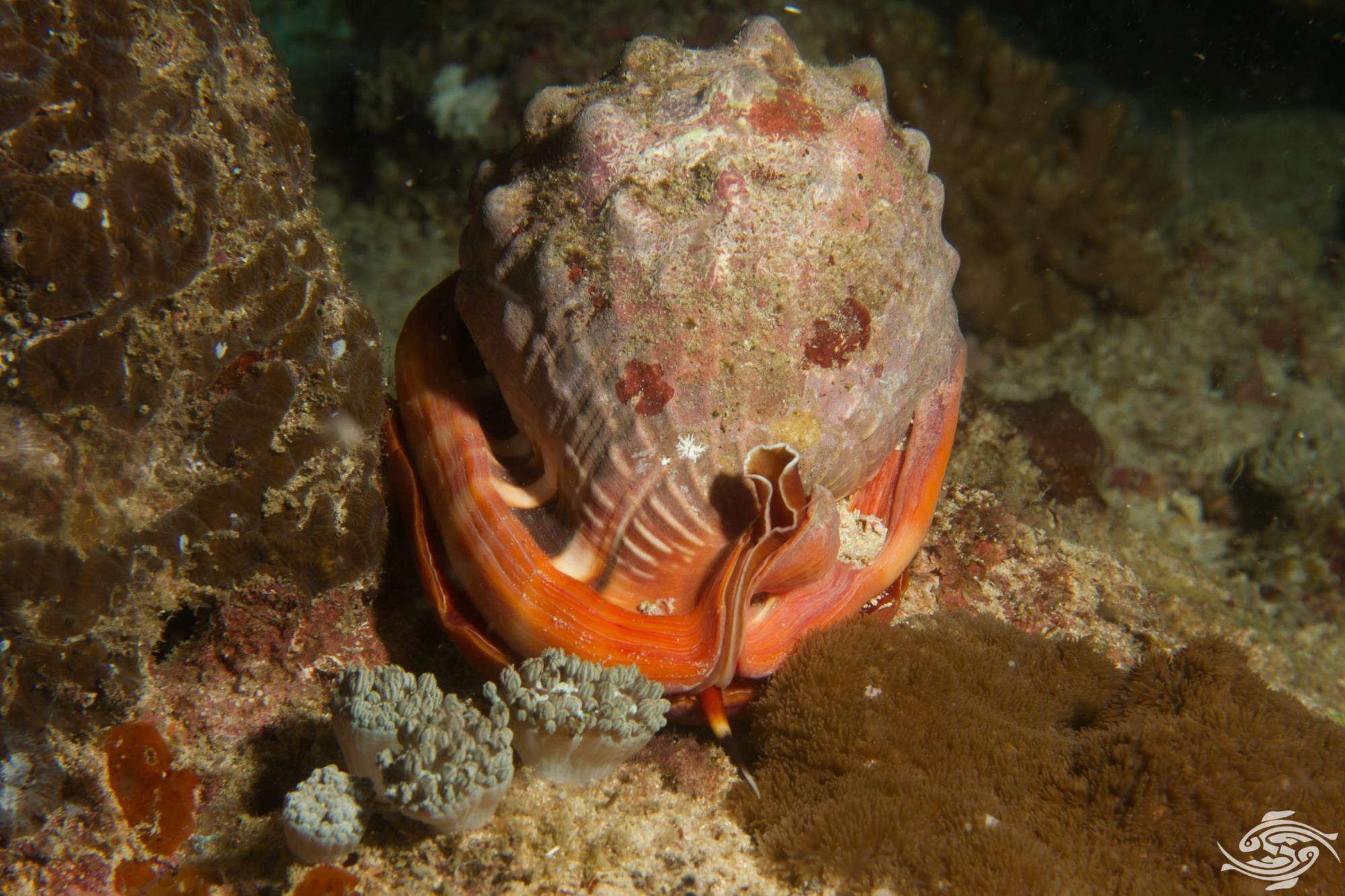 The Red helmet shell Cypraecassis rufa is also known as the Bullmouth shell and as the Cameo shell. Large specimens such as those in these images are now very rare due to their collection for sale to the cameo industry and to tourists. This has undoubtedly played a large role in the boom of the sea urchin population on the Tanzanian coast. It is unfortunately common to see their shells for sale. These molluscs are best left in the ocean. 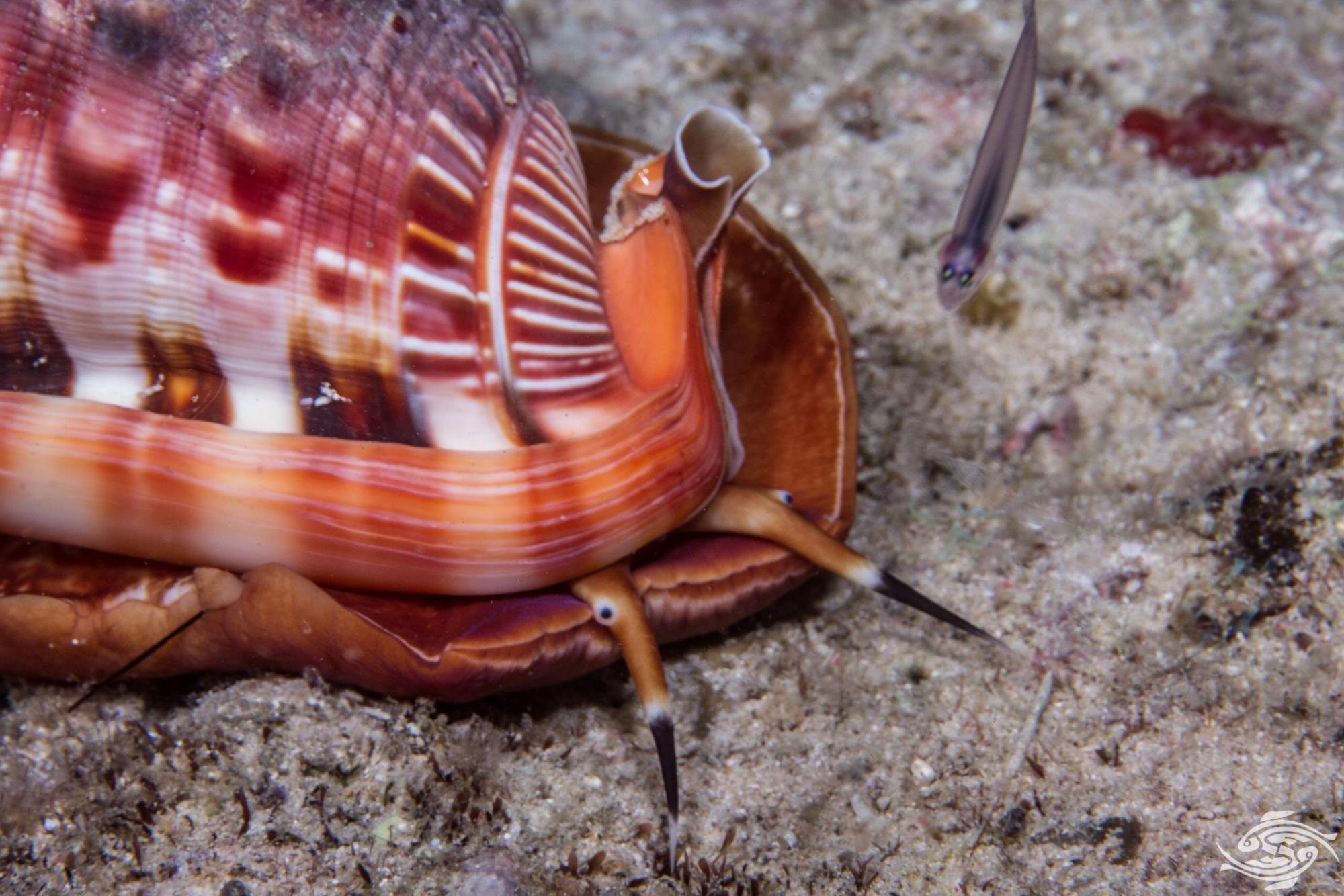 Red Helmet shells are one of the larger shells on the Tanzania coast , growing up to 17cm in length. The specimens in these images are roughly this size which is rare today. The shell is a reddish colour with a brighter red orange underside. There are a series of  small bumps on the upper section. There is a fairly small aperture. and the outer lip has strong teeth on it.  The eyes are prominent as can be seen in the image above. The mantle is a light orange brown colour. 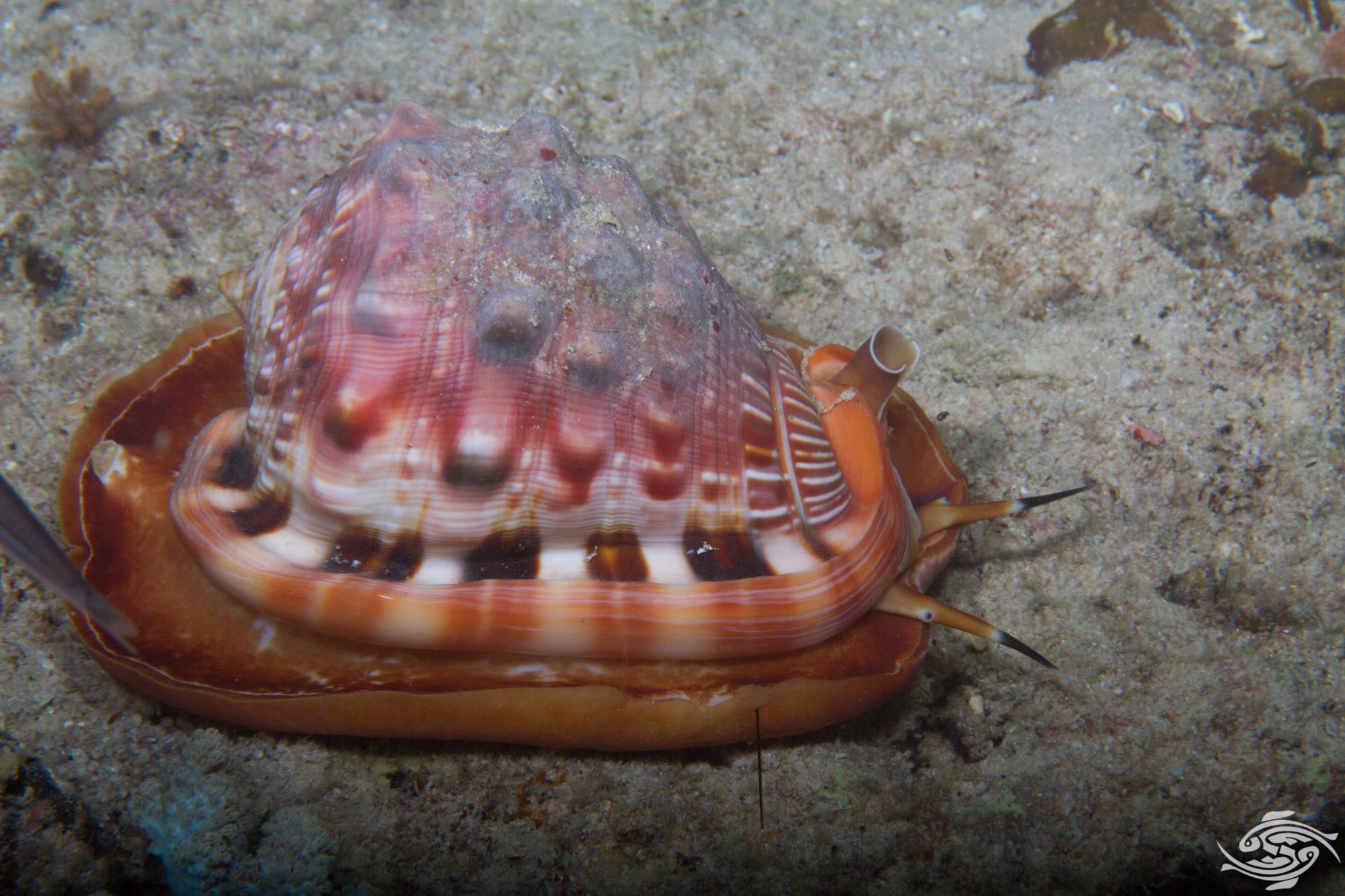 The Red Helmet shells are usually active at night and are almost never seen out during the day. They are now very rare. 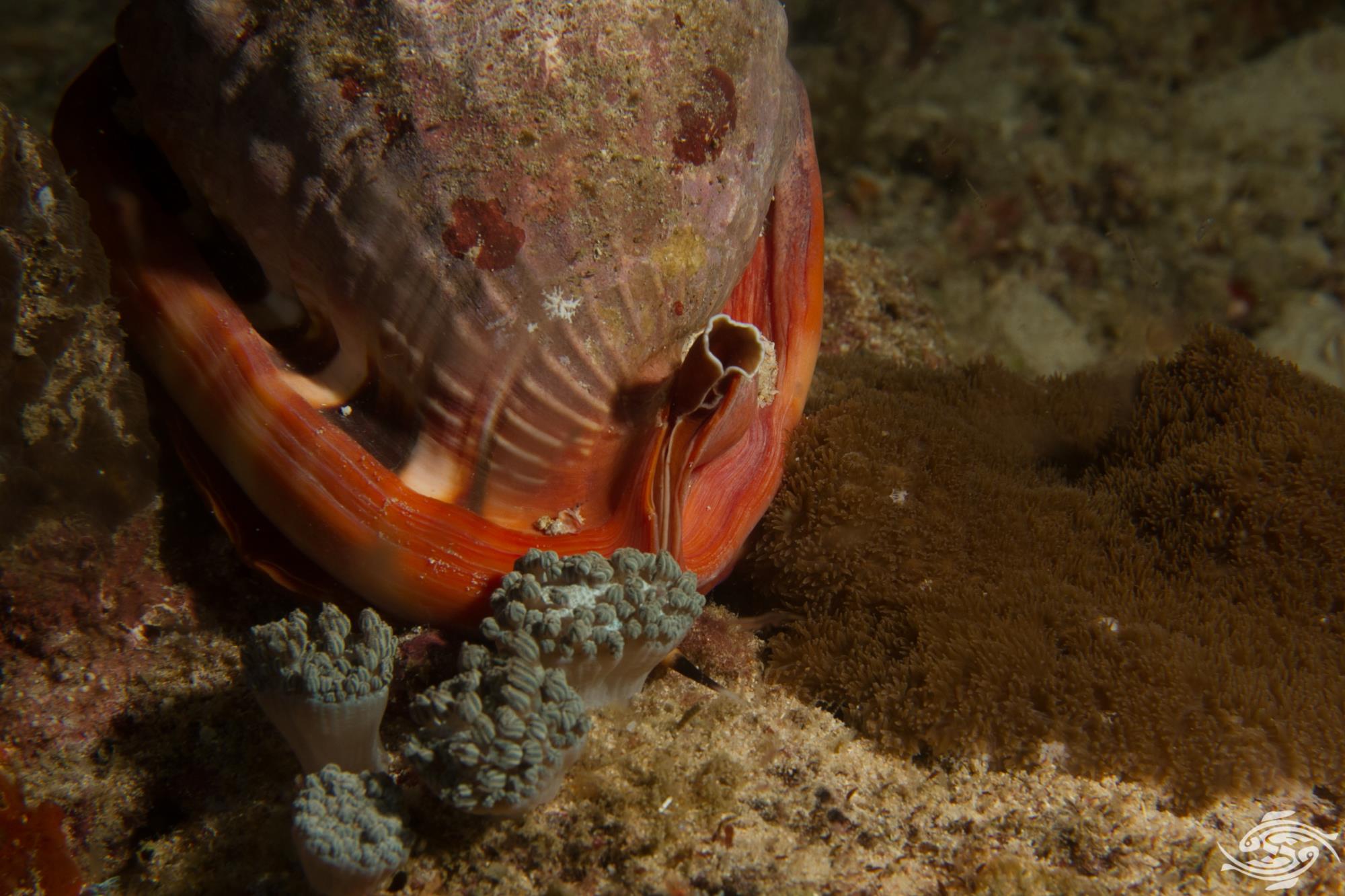 The Red helmet shell is found across the Indian ocean and in the west Pacific. The are found from 1 meter to 50 meters in depth. They are usually found in sandy sections of the reef that have a large number of urchins. 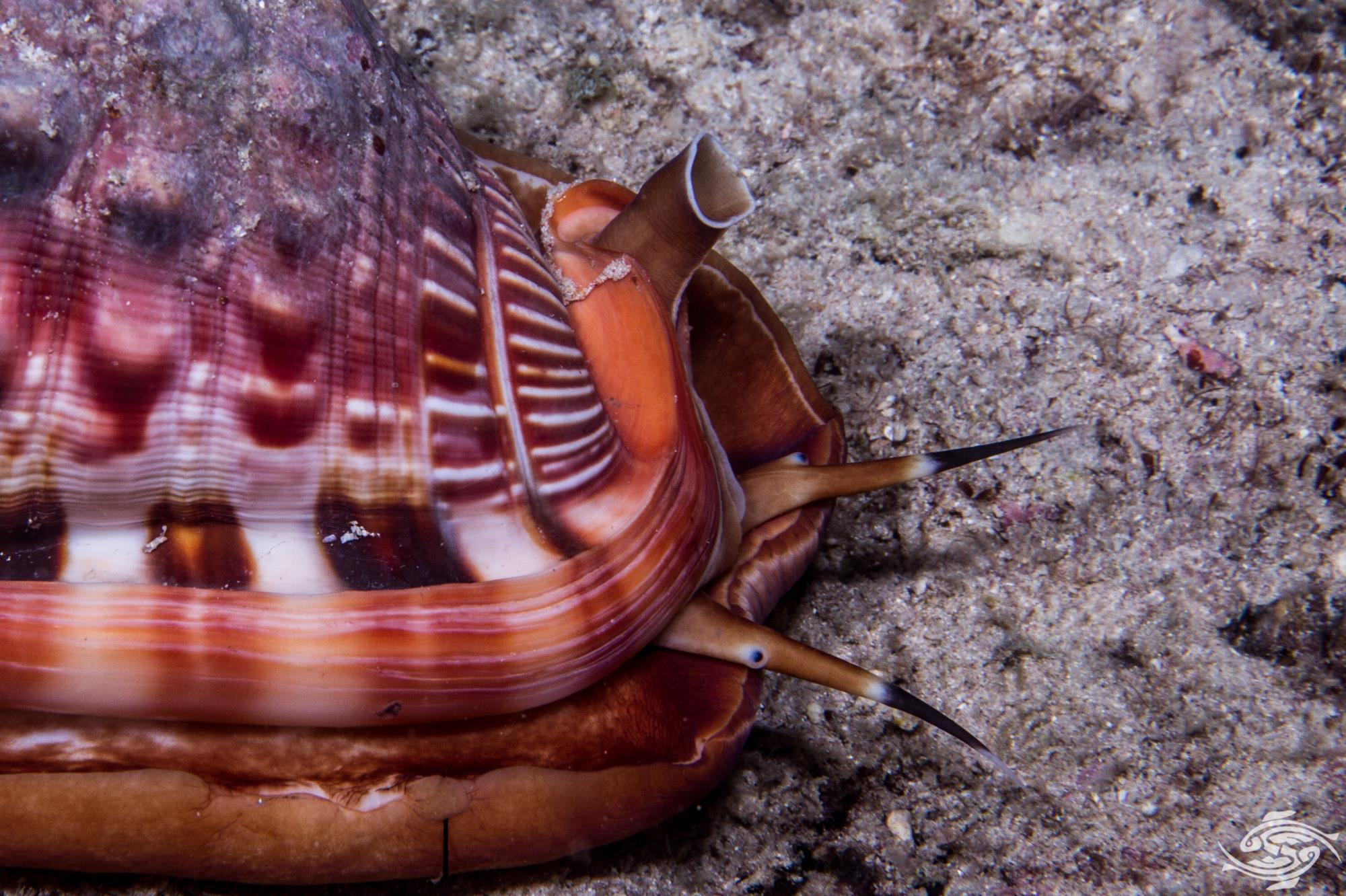 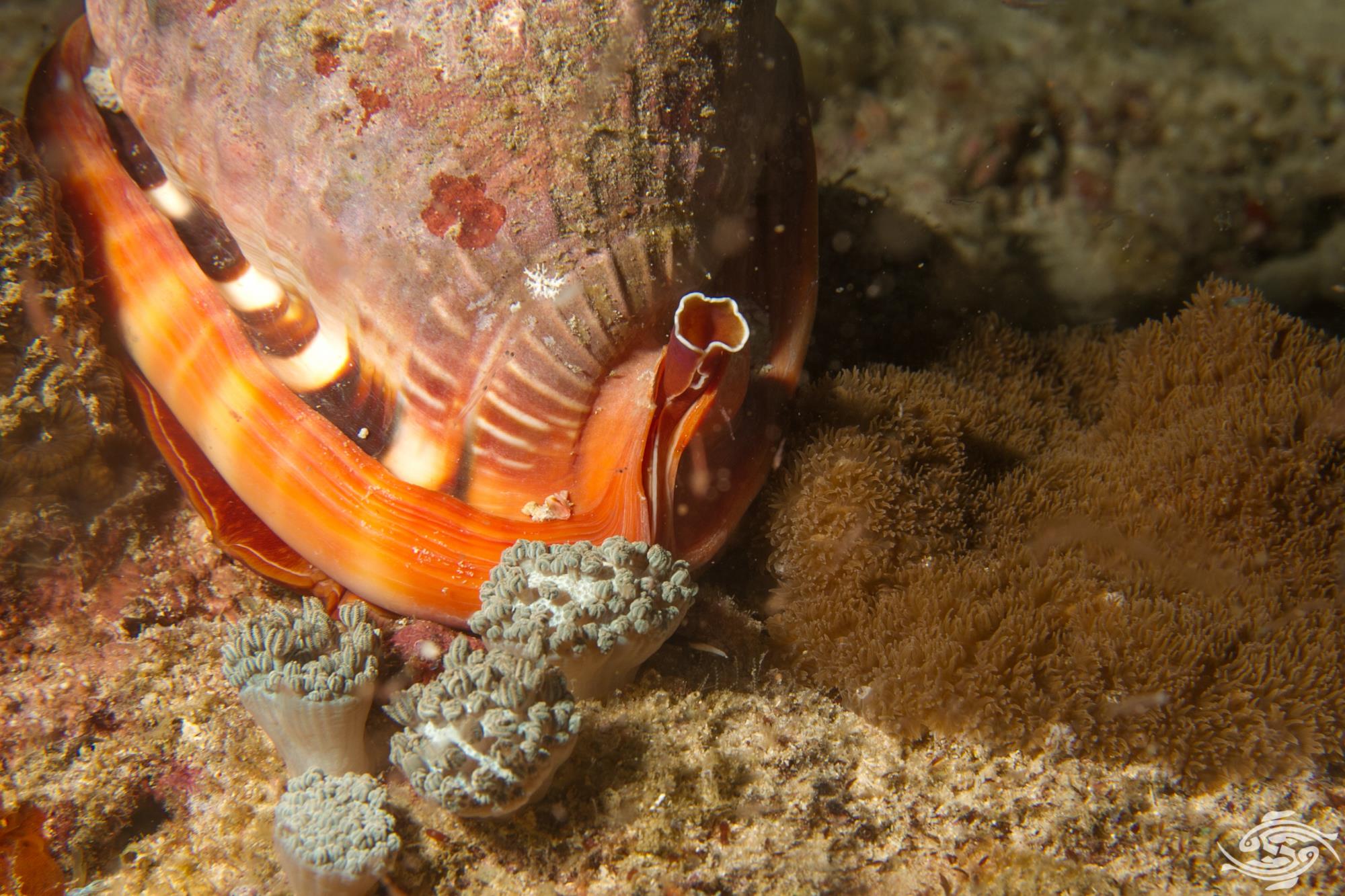 Little seems known about the reproductive habits of the Red Helmet Shell. They are either male or female and the eggs are released into the water column and go through several planktonic stages before becoming miniature versions of the adults. 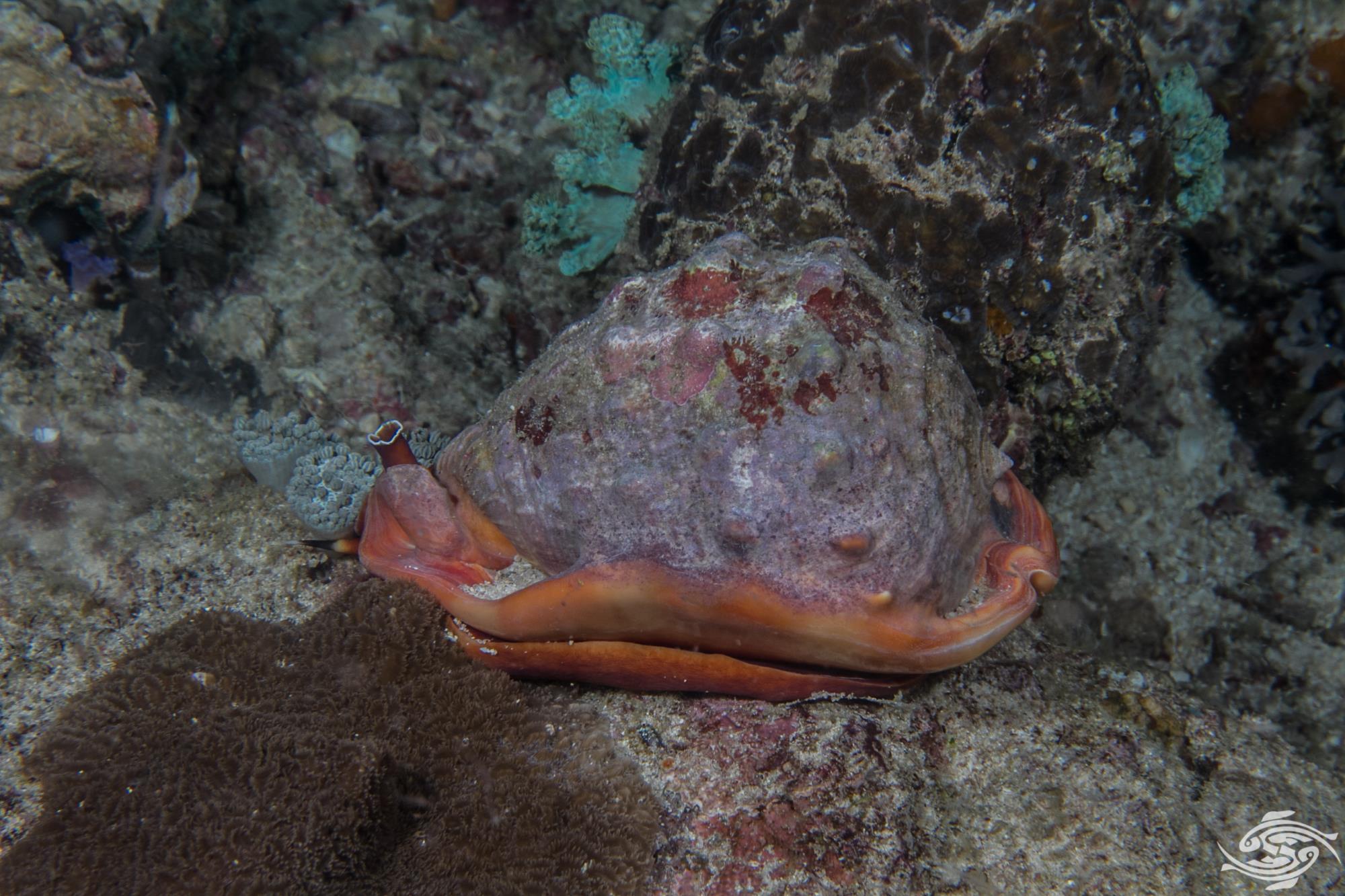 The shells are collected in some areas for sale to tourists but hopefully the restrictions in place regarding the transportation of shells will reduce this trade. Unfortunately they are still commonly seen for sale to tourists on the side of the road in Tanzania. They have been used for centuries in the manufacture of cameo’s which were popular in Victorian times. Although this fashion is no longer as popular as it once was, crude versions are commonly seen with the name of tourist spots carved into the shell. 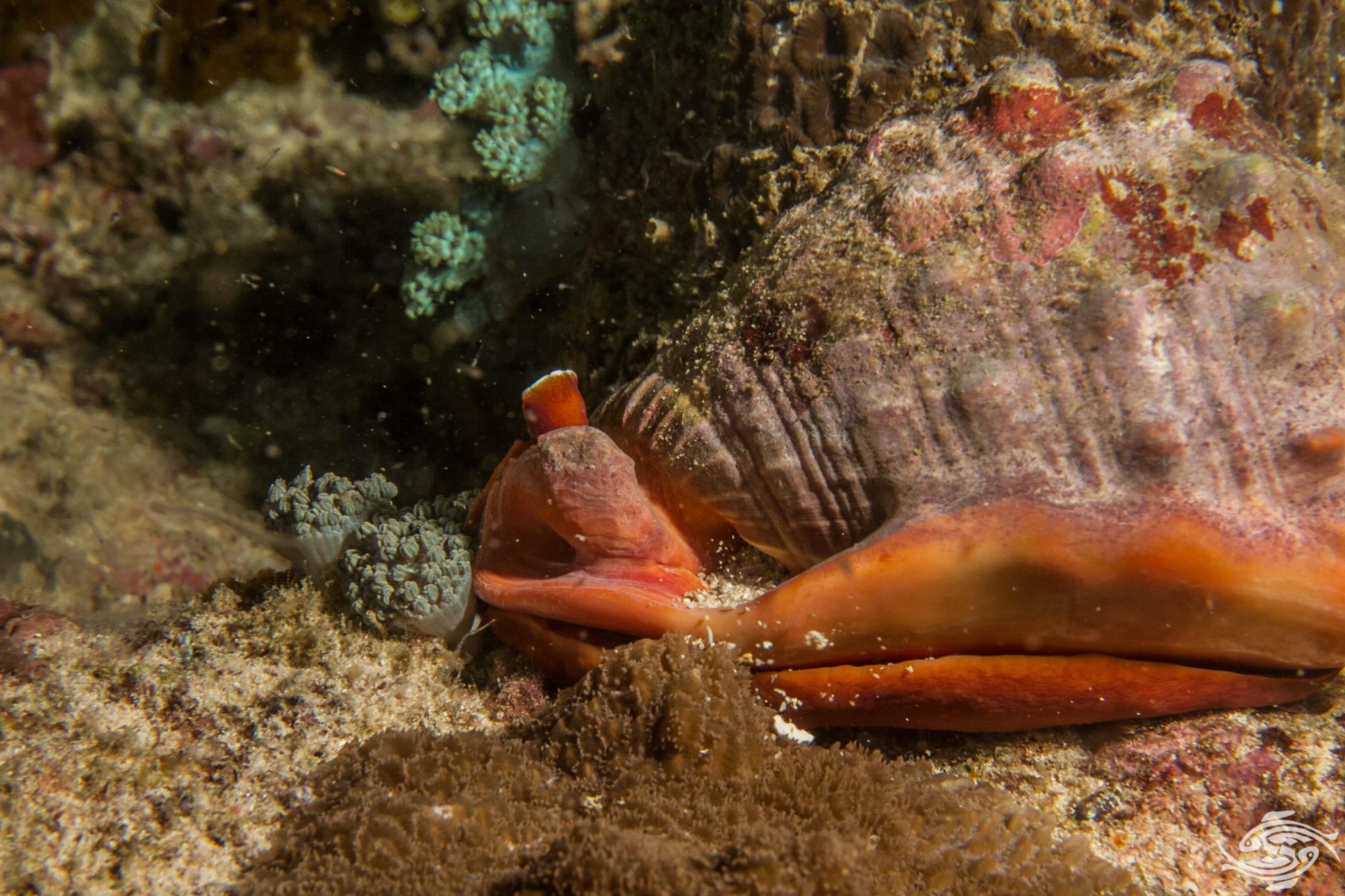 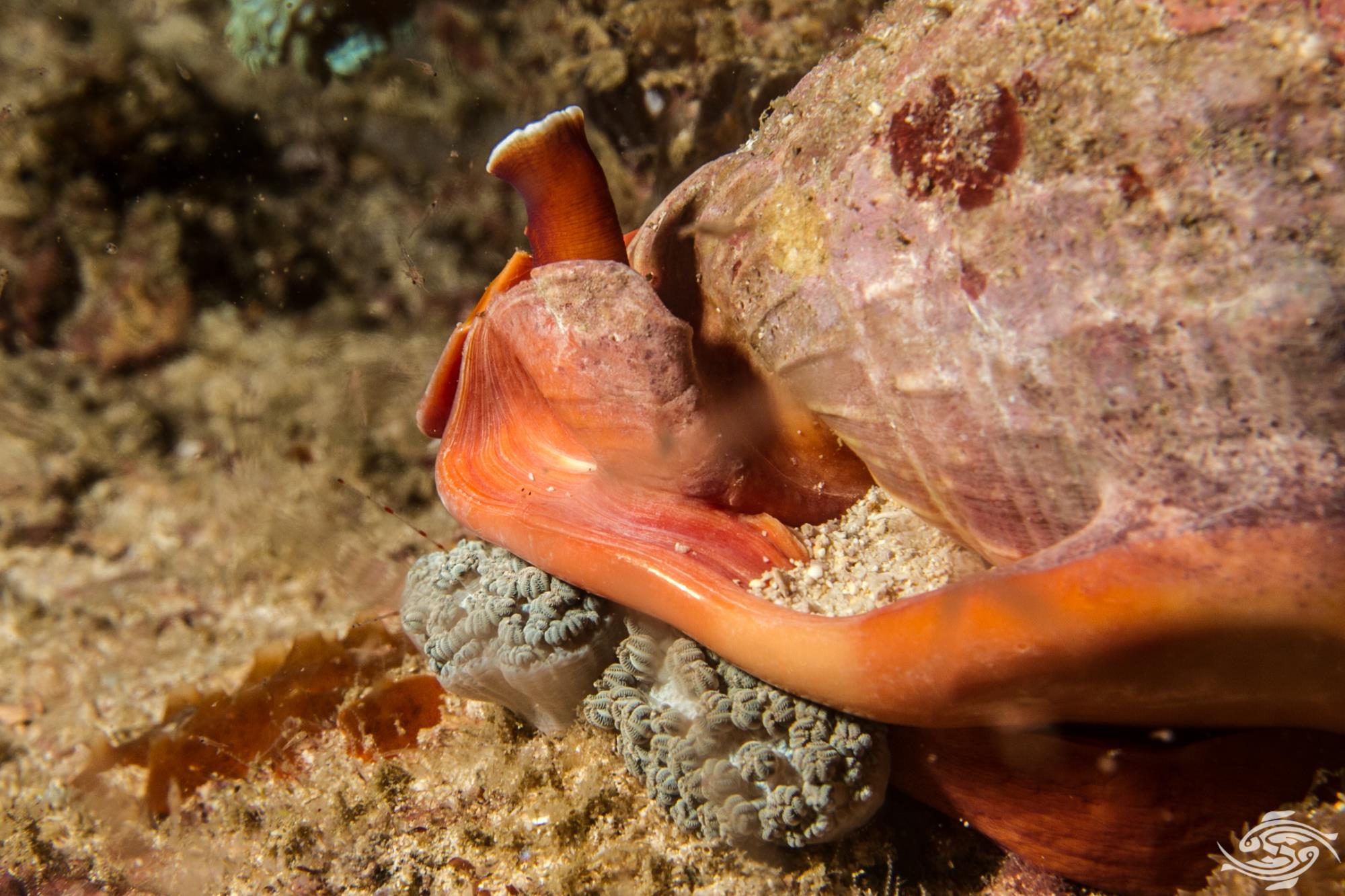