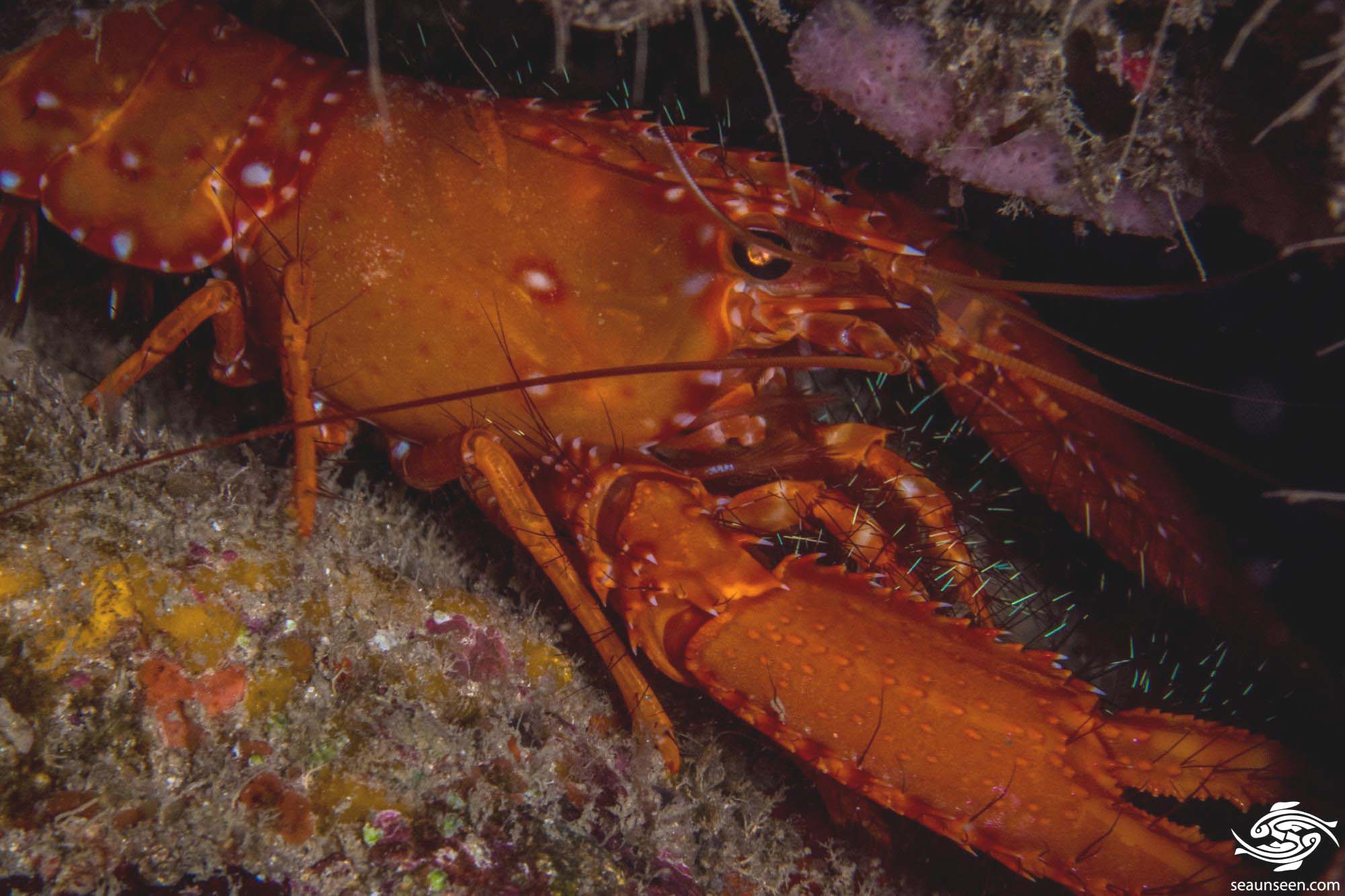 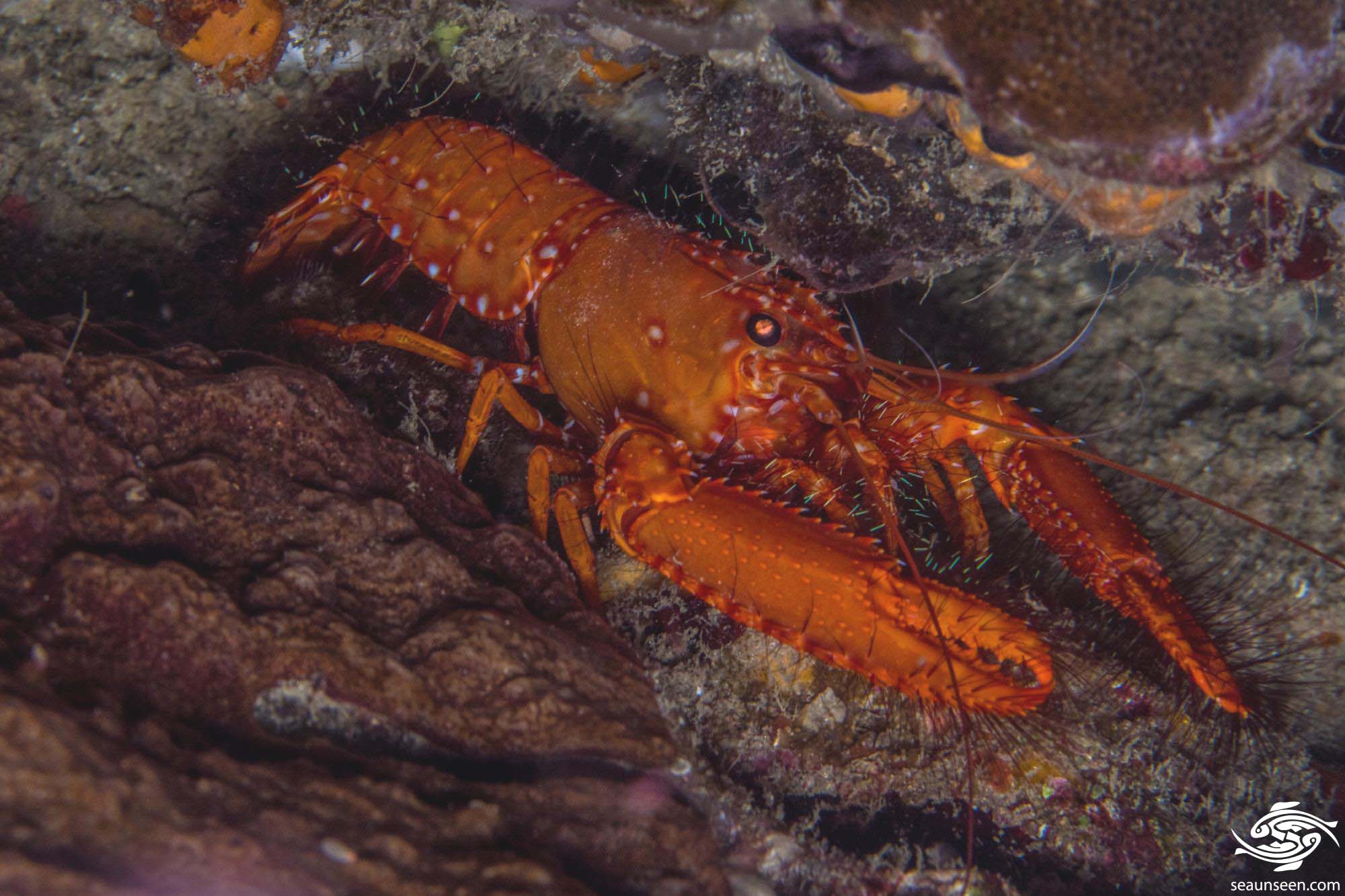 The Red Reef Lobster (Enoplometopus occidentalis) is also known as the hairy reef lobster. They are  only active at night and during the day they are almost never seen. They were first described by J.W. Randall in 1840 as Nephrops occidentalis with the type locality being on the west coast of the USA. This was subsequently amended to Hawaii as they are not found in the eastern pacific. 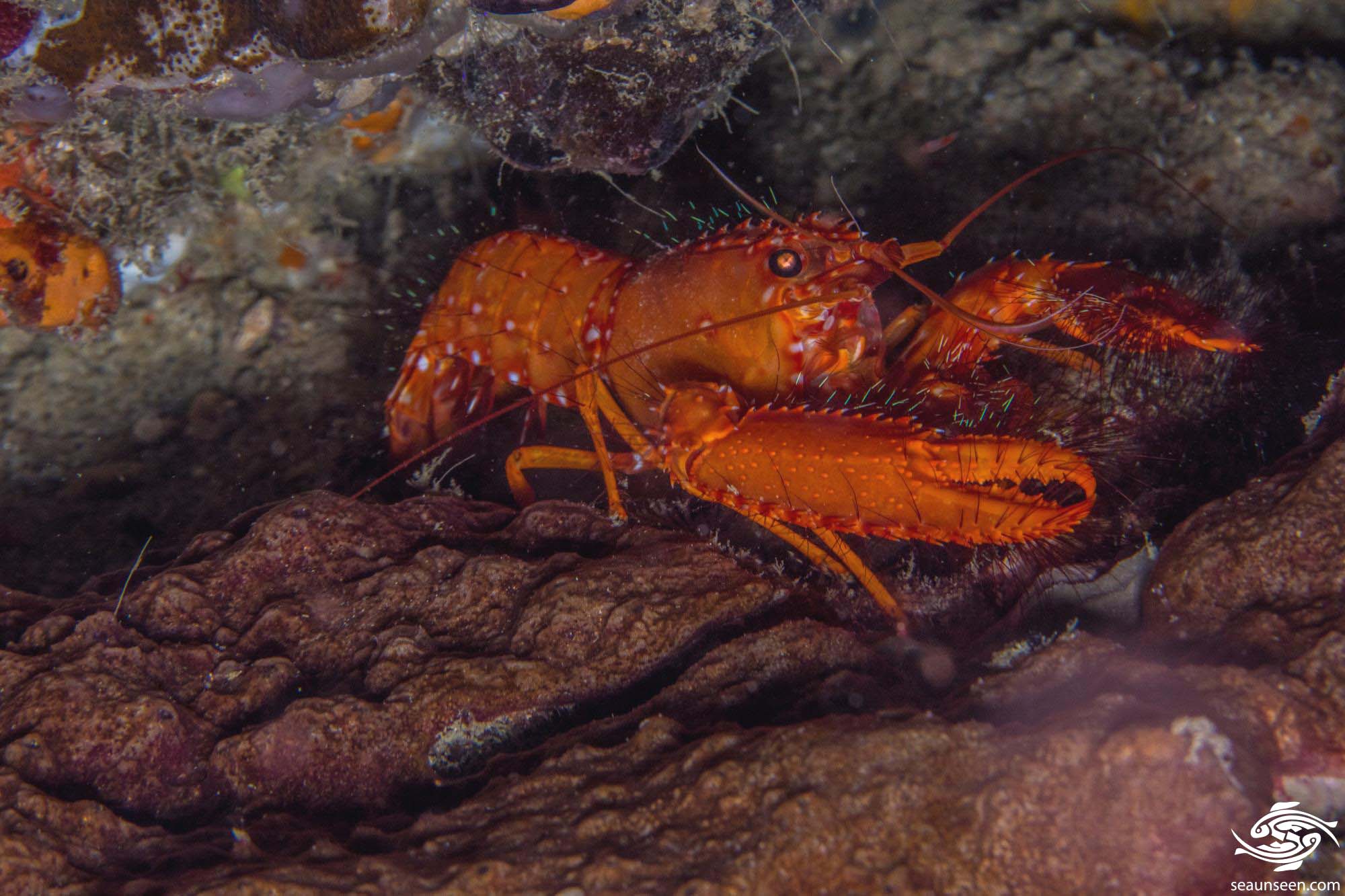 The lobsters in the genus Enoplometopus are distinguished from the larger clawed lobsters by only having one set of claws, whereas the larger clawed lobsters in the Nephropidae family have claws on the first three pereiopods.   They grow up to 14 cm and the basic coloration seems to vary between a reddish orange to orange , often with a series of darker circles with white in the center on the sides of the body.  The claws are covered in a large number of hairs which presumably have some sensory function as yet unknown. 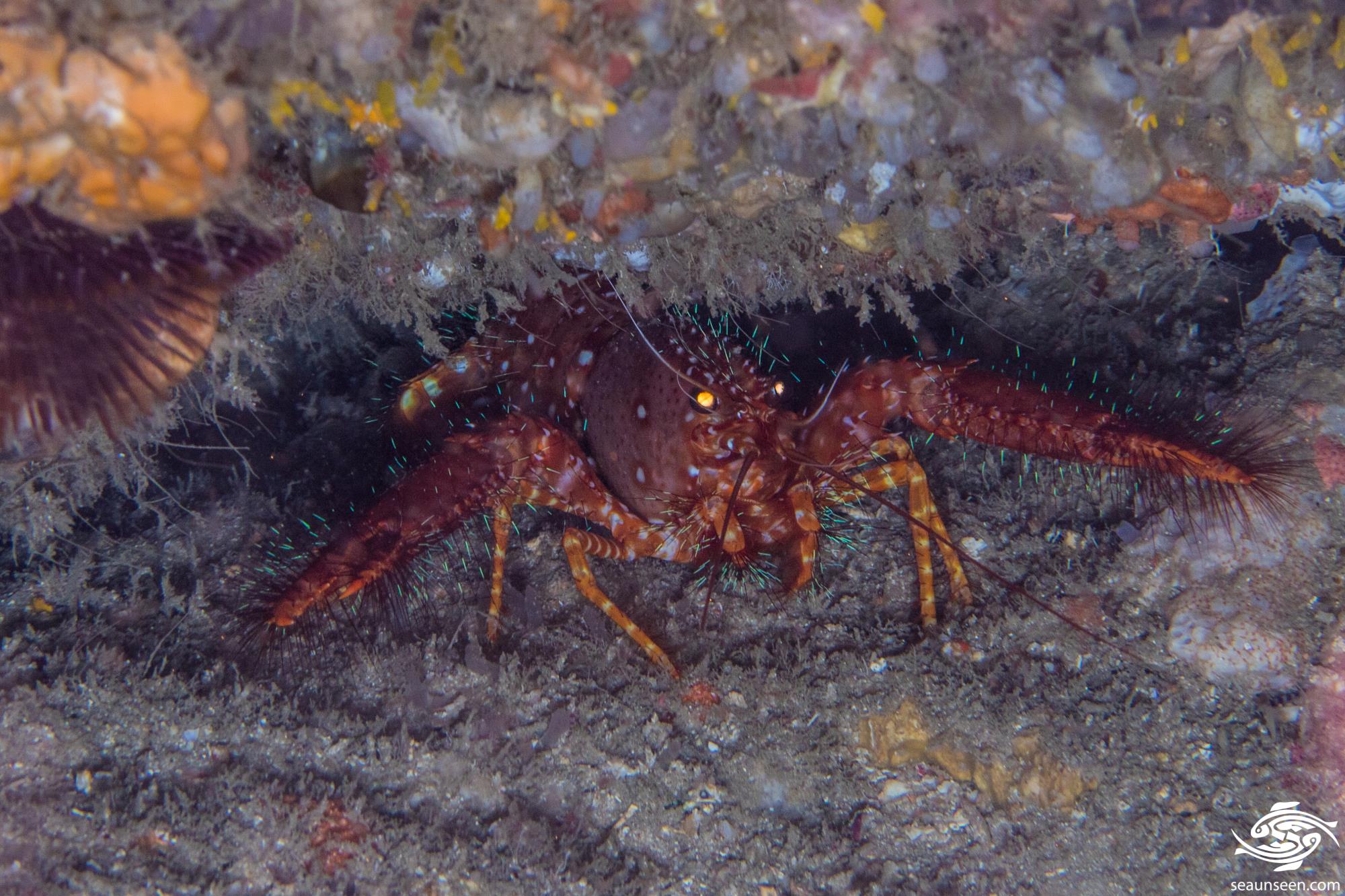 They are nocturnal and are rarely if ever seen out during the day. Only on one occasion have I seen one during the day and this was quite deep on a very dark day and it was hiding a the back of a shallow cave. They tend to hide in very deep narrow crevices even at night. There is some research that shows that they are highly aggressive towards each other, inflicting severe damage on each other in territorial fights with the winner pursuing the loser for some distance.

Red Reef Lobster are found in deep crevices in rocky and coral landscapes across the Indo West Pacific area from depths of  10 meters to 100 meters. Being nocturnal they hide during the day and feed at night. They are not commonly seen and generally one has to look inside caves and crevices to find them. To my knowledge in the west Indian Ocean they have been seen in Durban , Dar es Salaam , Zanzibar and Mombasa in Kenya.  Essentially unless one dives at night and looks inside caves one is unlikely to see them. 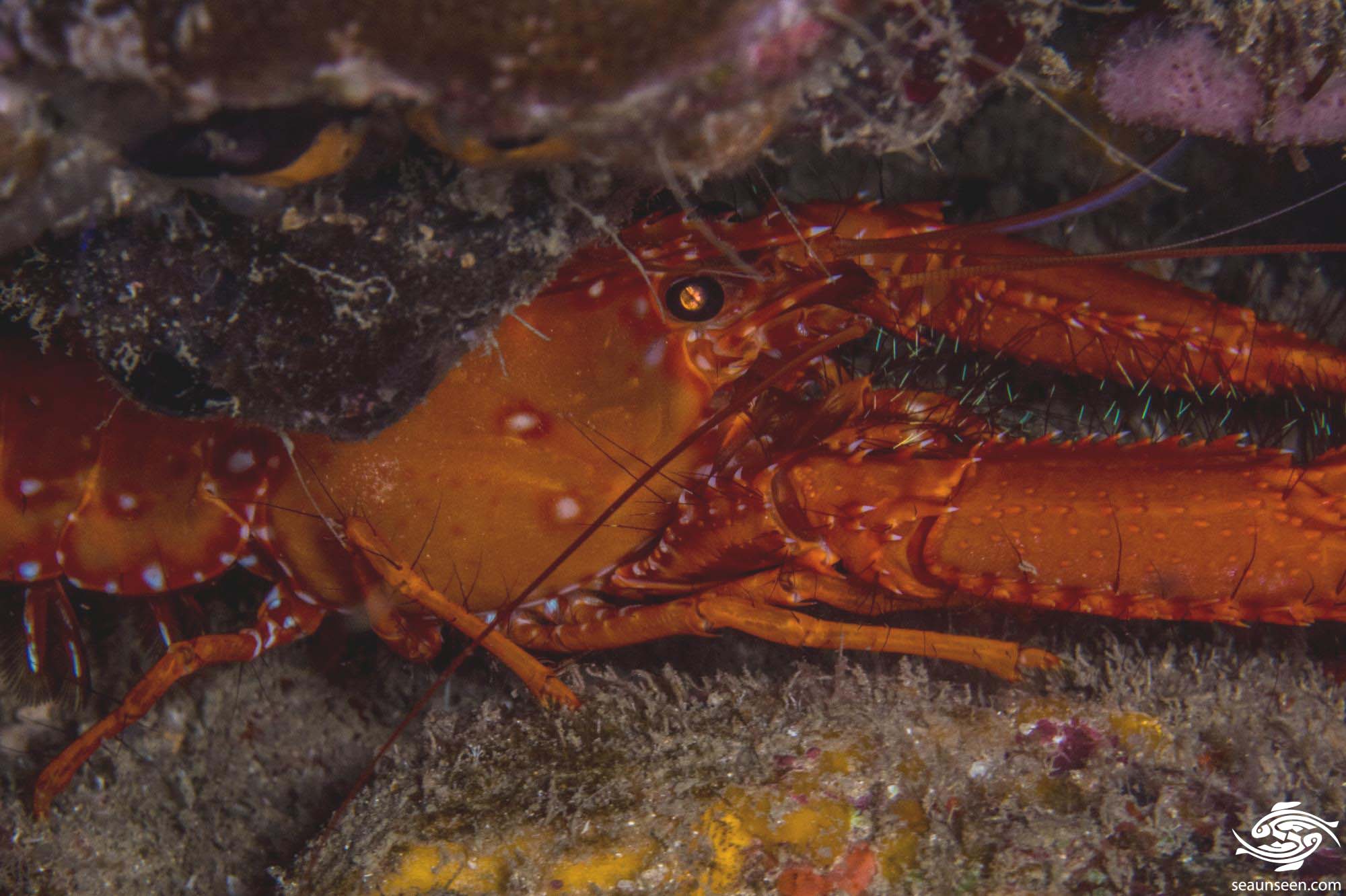 Red Reef Lobster are nocturnal feeders and are presumed  to eat a variety of molluscs, shrimp, crabs worms and sea urchins.  Very little is known of their diet in the wild but in aquariums in which some species of the genus are popular , they are described as omnivores requiring vegetable supplements. 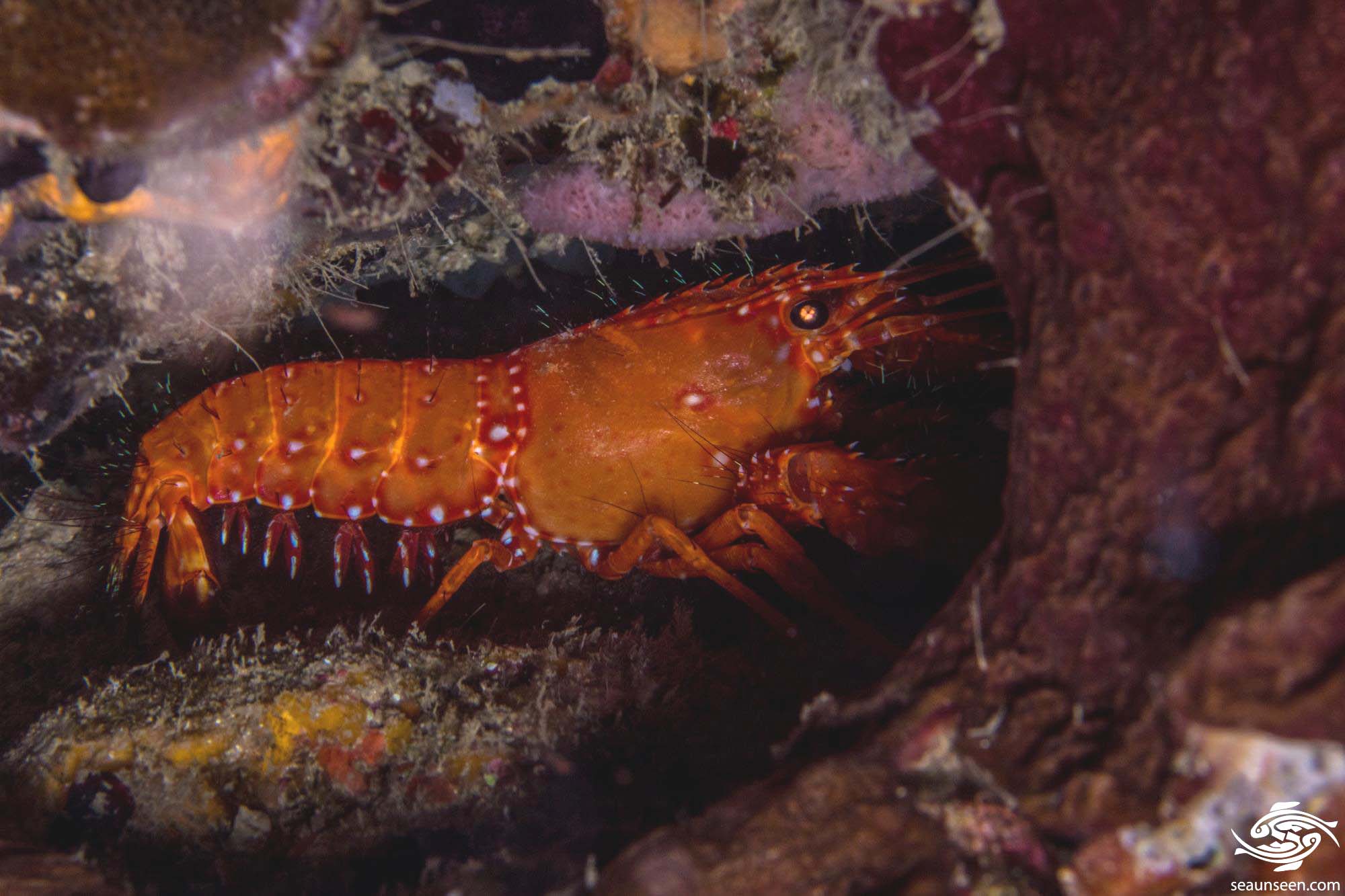 Red Reef Lobster have separate sexes but very little seems to be known about their mating behavior. 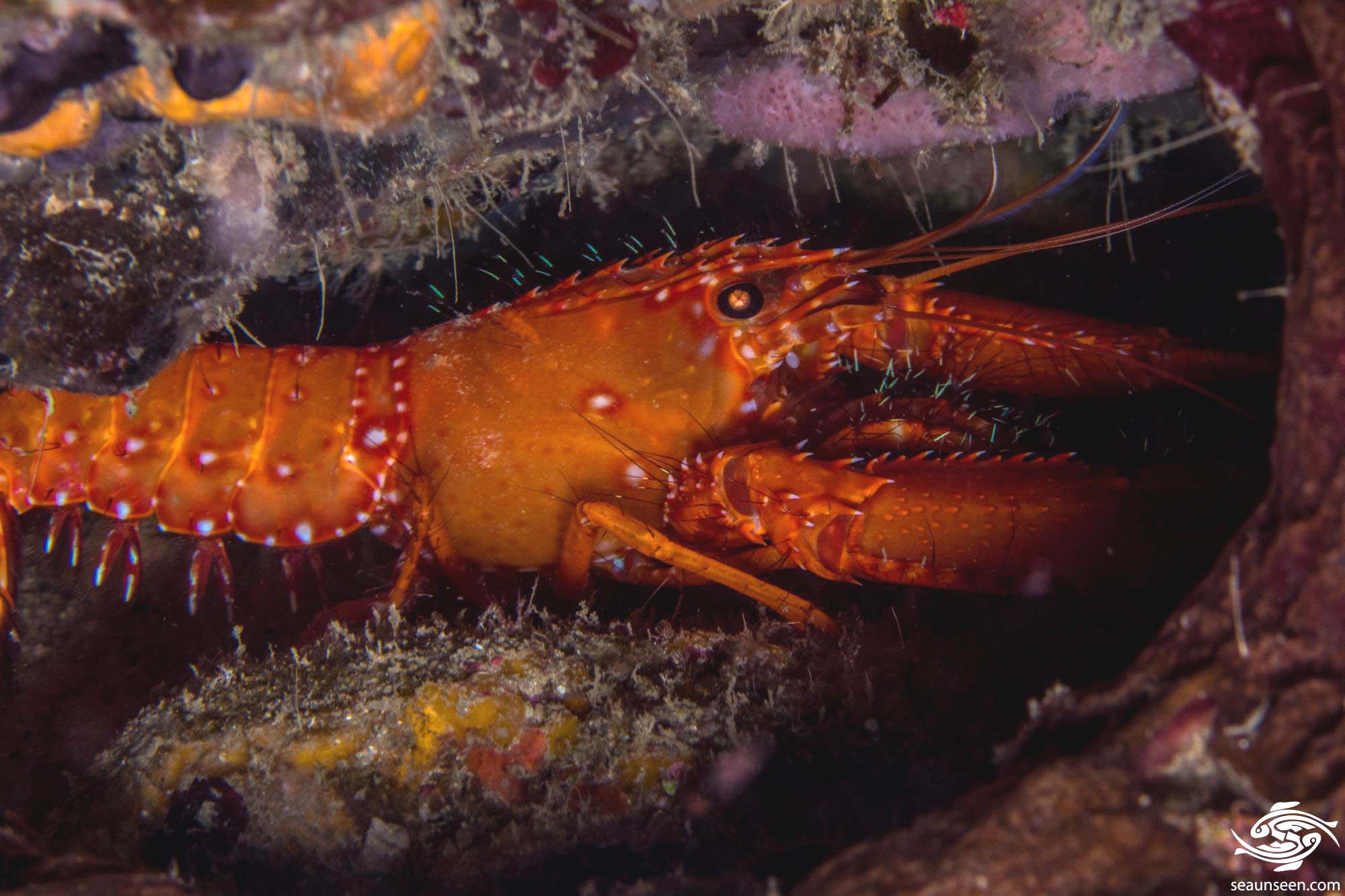 Red Reef Lobster are kept in aquariums but to my knowledge are not exploited in any other way. I have never seen them in a market being sold as food.