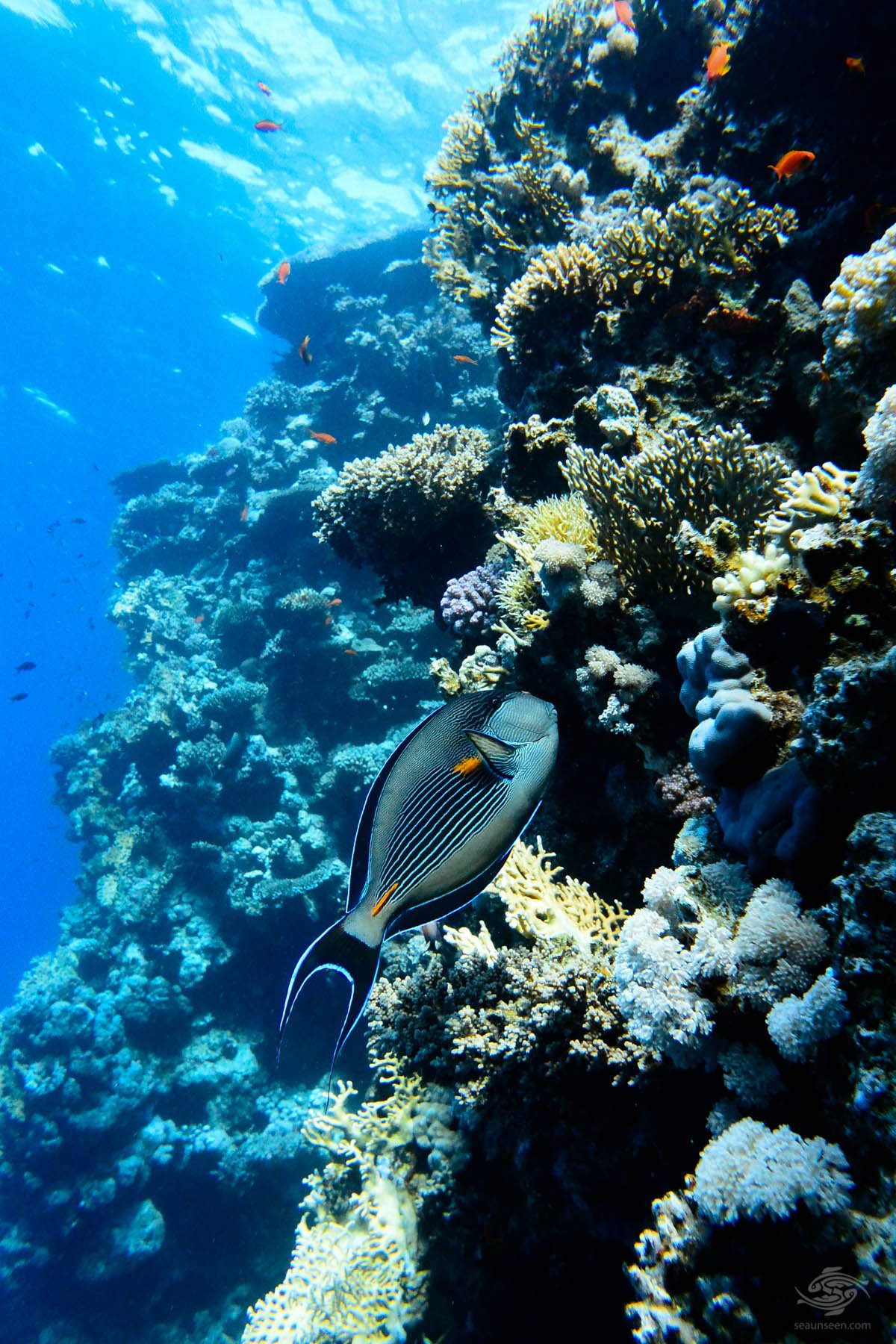 A sohal surgeonfish (Acanthurus sohal), a Red Sea endemic and valued aquarium fish. Like other surgeonfish, the sohal surgeonfish is compressed laterally, making it extremely maneuverable anf fast along the reef. It has a horizontal, blade-like spine along the base of its tail on both sides, which folds into the fish, pointing anteriorly towards the head. During defense and aggression, surgeonfish flick the spine at other fish or intruders, causing physical harm. They are named for this scalpel-like spine.