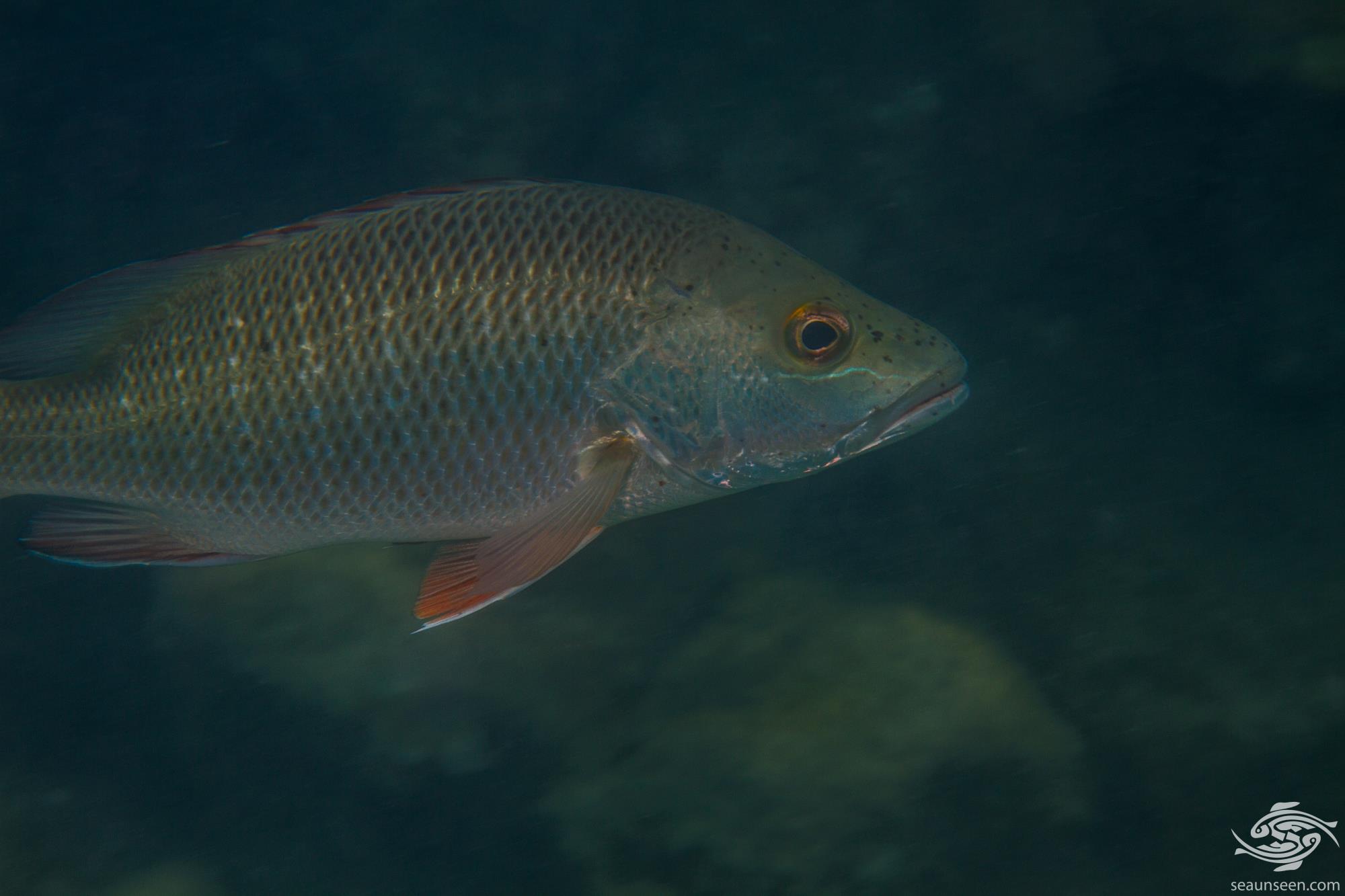 The Red Snapper  (Lutjanus bohar) is also known as the Twinspot Snapper, the Two-spot Red snapper, the Red Bass and the Bohar Snapper. They are common inhabitants of rubble areas and reef tops in Tanzania but are becoming less common, particularly the larger specimens. 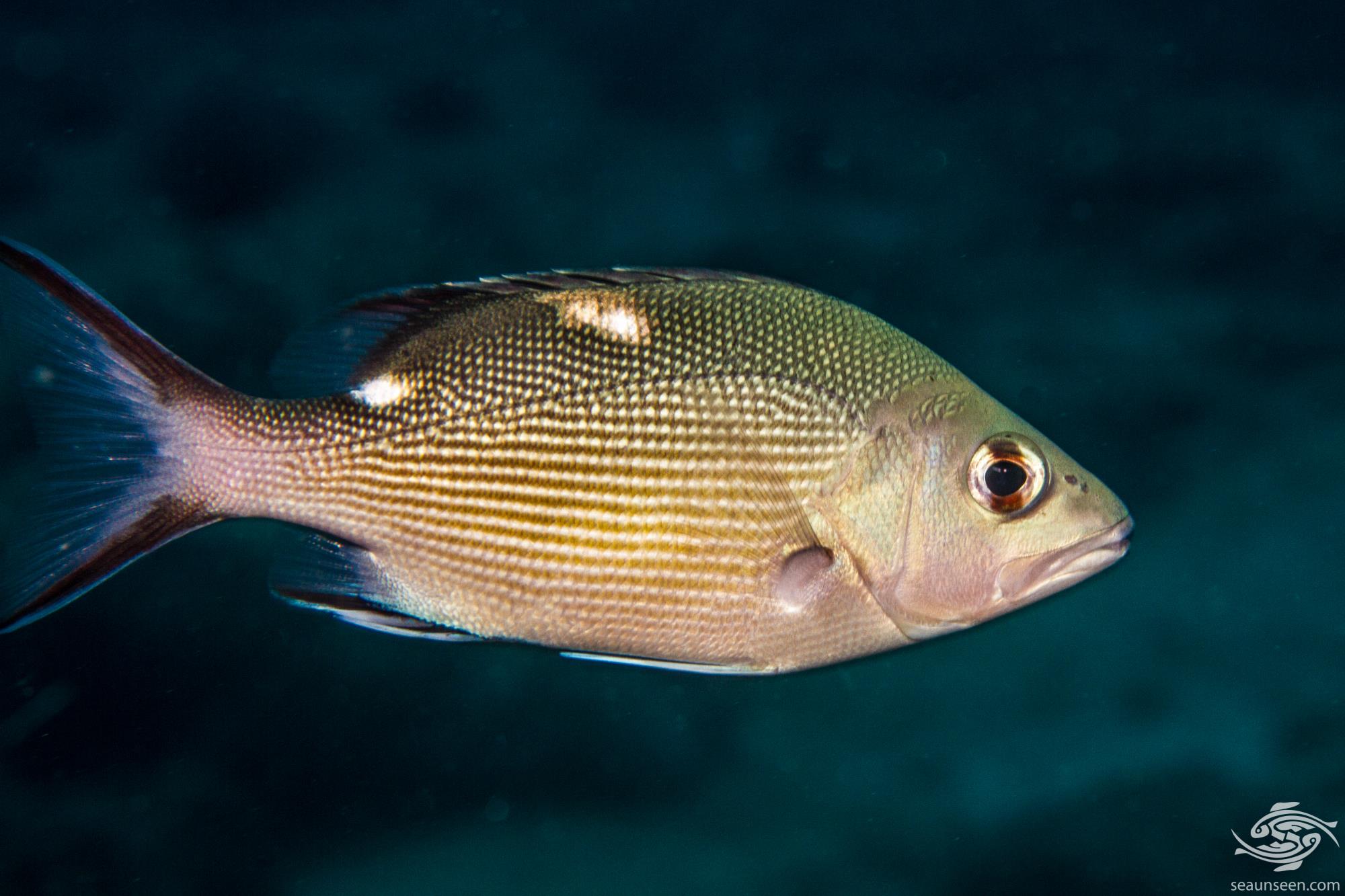 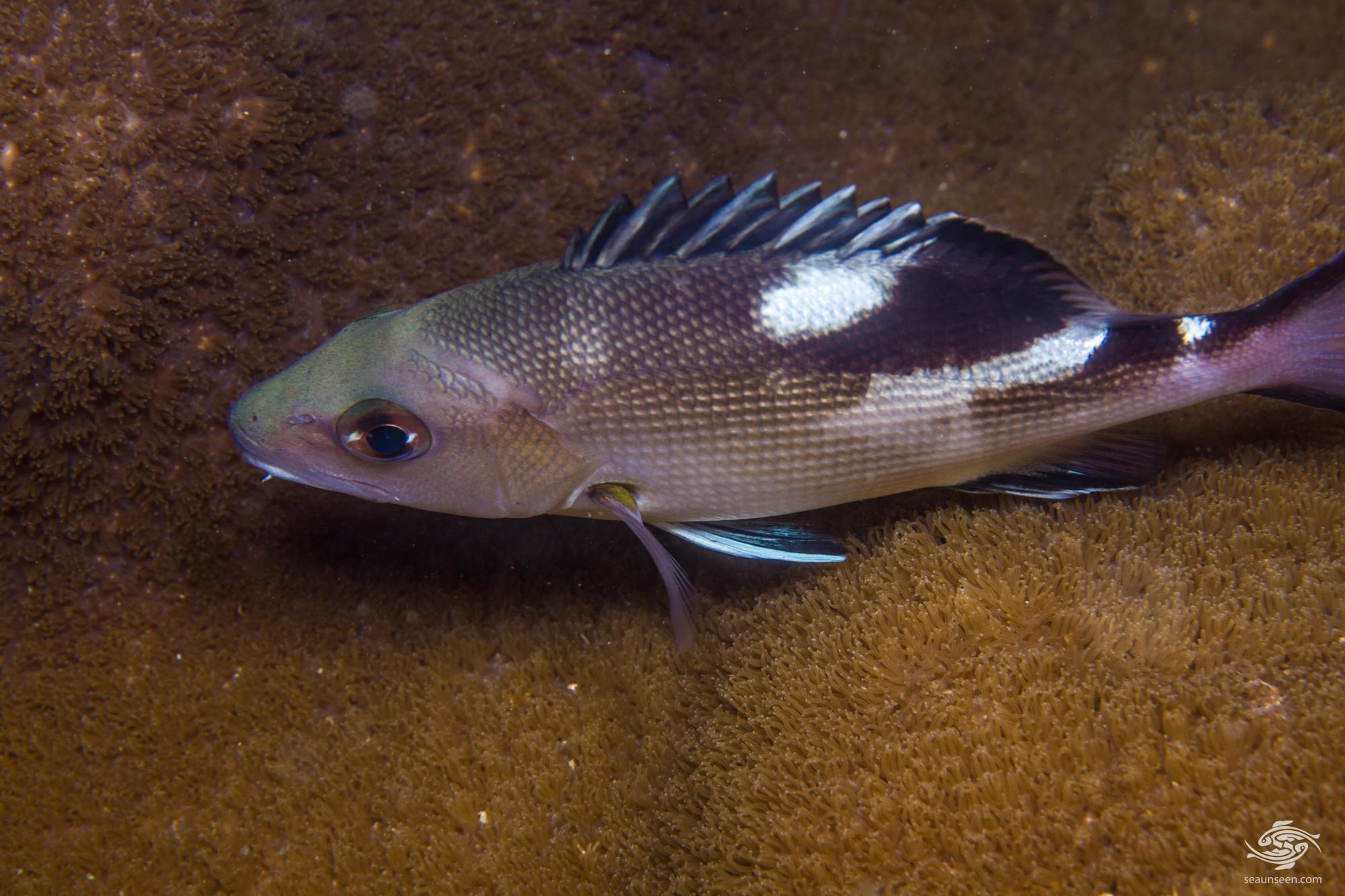 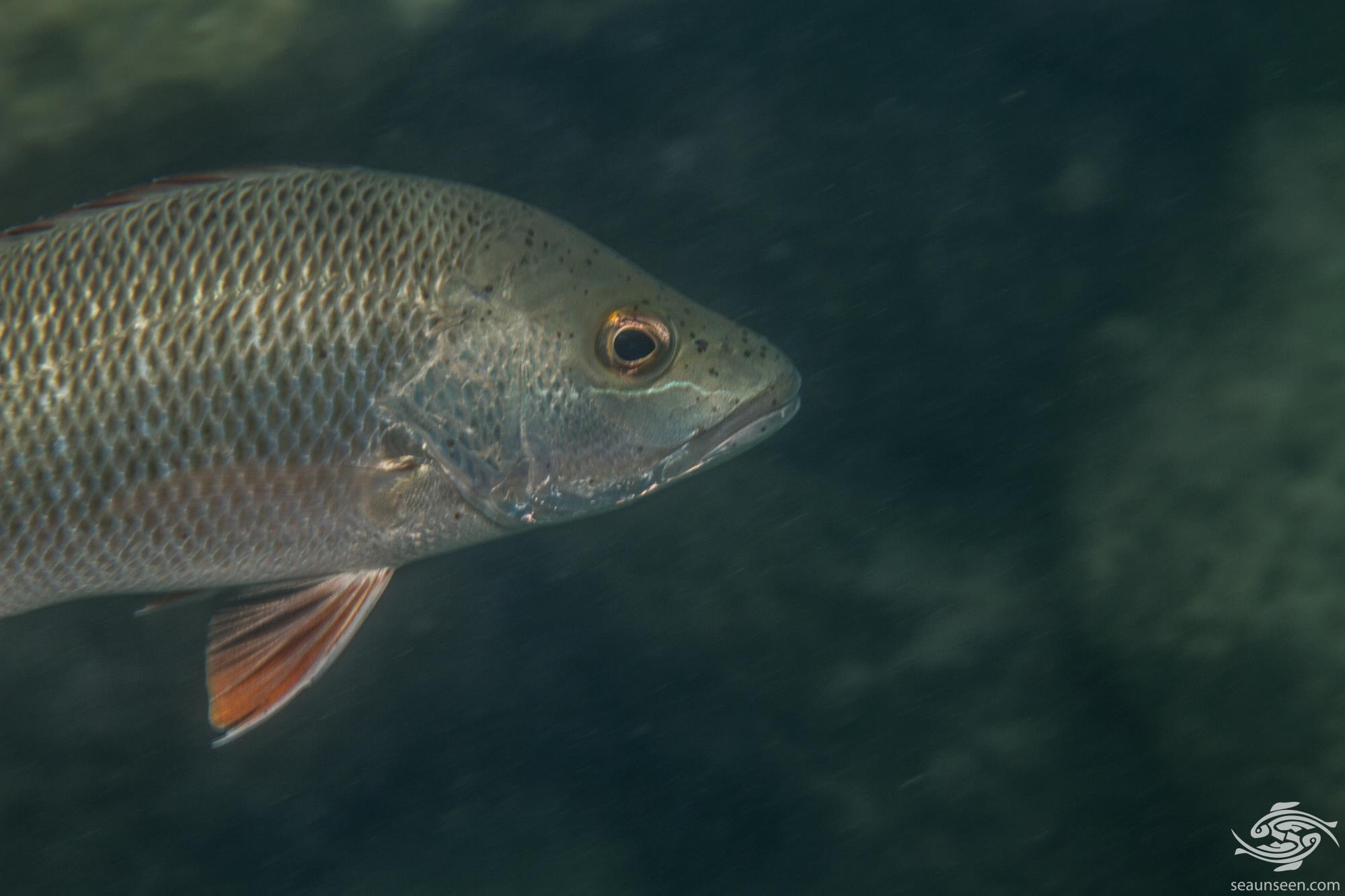 TWO-SPOT RED SNAPPER IN THE WILD

Although the juvenile Red Snapper are seen quite often in Tanzanian waters, the larger adults are becoming more and more rare.  Red snapper are very good eating and the species is heavily over fished. Given that they only mature  at around 9 years, this species is highly vulnerable to over exploitation.

The juveniles are often seen in protected bays in shallower waters. The adults are usually seen off the edges of the reef and sometimes on the reef usually from 15 meters downwards. Research on the Great Barrier Reef shows that they live up to 56 years and a specimen of 55 years was found in the Seychelles. The larger specimens are thought to live much deeper and they have been documented down to 180 meters. We have seen large specimens at around 40 meters off the east coast of Mafia Island. They seem to sit deeper than that and come up to inspect divers.

Red Snapper are widely distributed across the tropical Indo-Pacific, from East Africa up to the Red Sea and across to the Ryukyu Islands in southern Japan and down to North Eastern Australia and across to the mid Pacific Islands.  We have seen them  on reef tops and on rubble areas down to depths of approximately 30 meters. 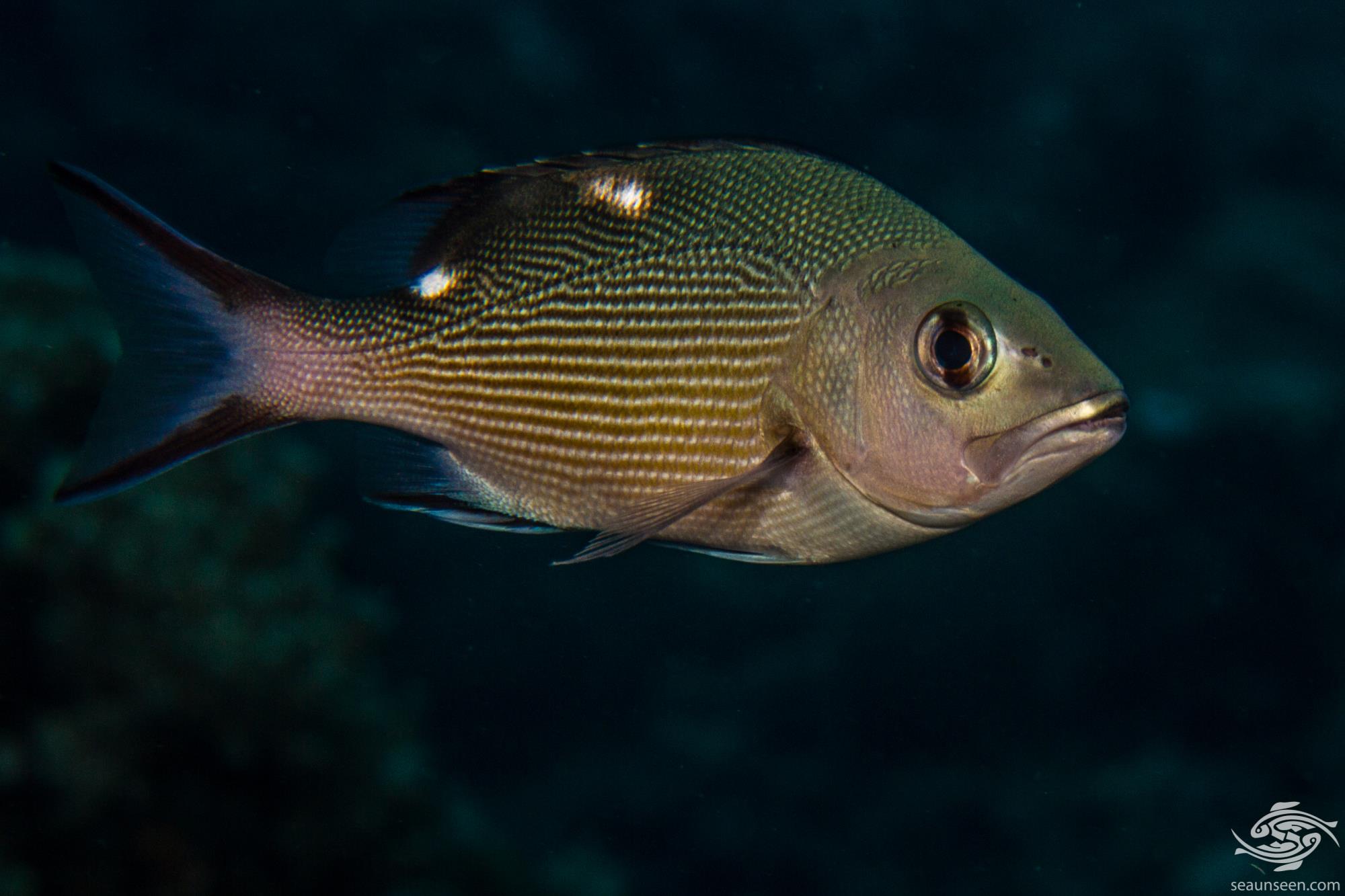 Red Snapper have a varied diet, feeding on fishes and crustaceans. Their diets vary with maturity and locally available prey items.

Red Snapper are slow growing fish and only reach maturity at nine years. The adults group spawn in large numbers and the eggs which are round and transparent float off in the current. After undergoing a pelagic stage the juveniles make their way back to the reefs. Group spawning usually takes place in areas of strong current.

Juveniles have been observed to mimic members of the Chromis Genus such as Chromis ternatensis , Chromis flavomaculata and Chromis weberi. These plankton eating damsels shoal in large numbers and the juvenile Lutjanus bohar join the shoals and use them to get closer to smaller fishes which they prey on. The Chromis tend to shoal in size related shoals and the Lutjanus bohar pick a shoal of similar sized Red Snapper fish to blend into.

Red Snapper are heavily exploited commercially. In Tanzania they are mainly caught by fishermen in traps and on lines and are occasionally netted in the shallows. They are usually sold fresh and are a highly sought after fish in restaurants. They are extremely tasty to eat. Being a very slow growing fish only obtaining maturity at nine years, they are highly vulnerable to exploitation. Because local fishermen are able to track their group spawning locations and times this impacts heavily on the breeding population. 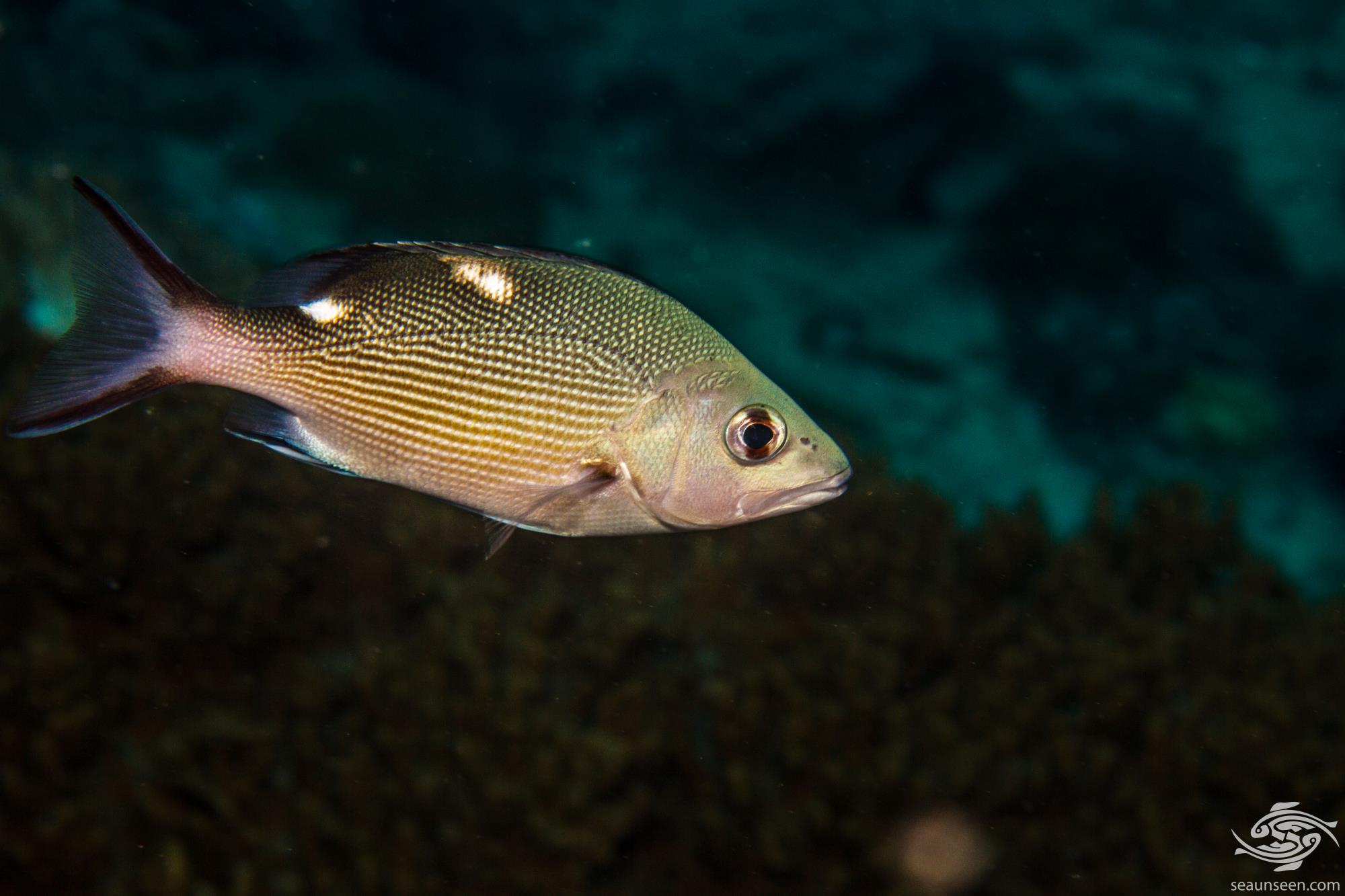