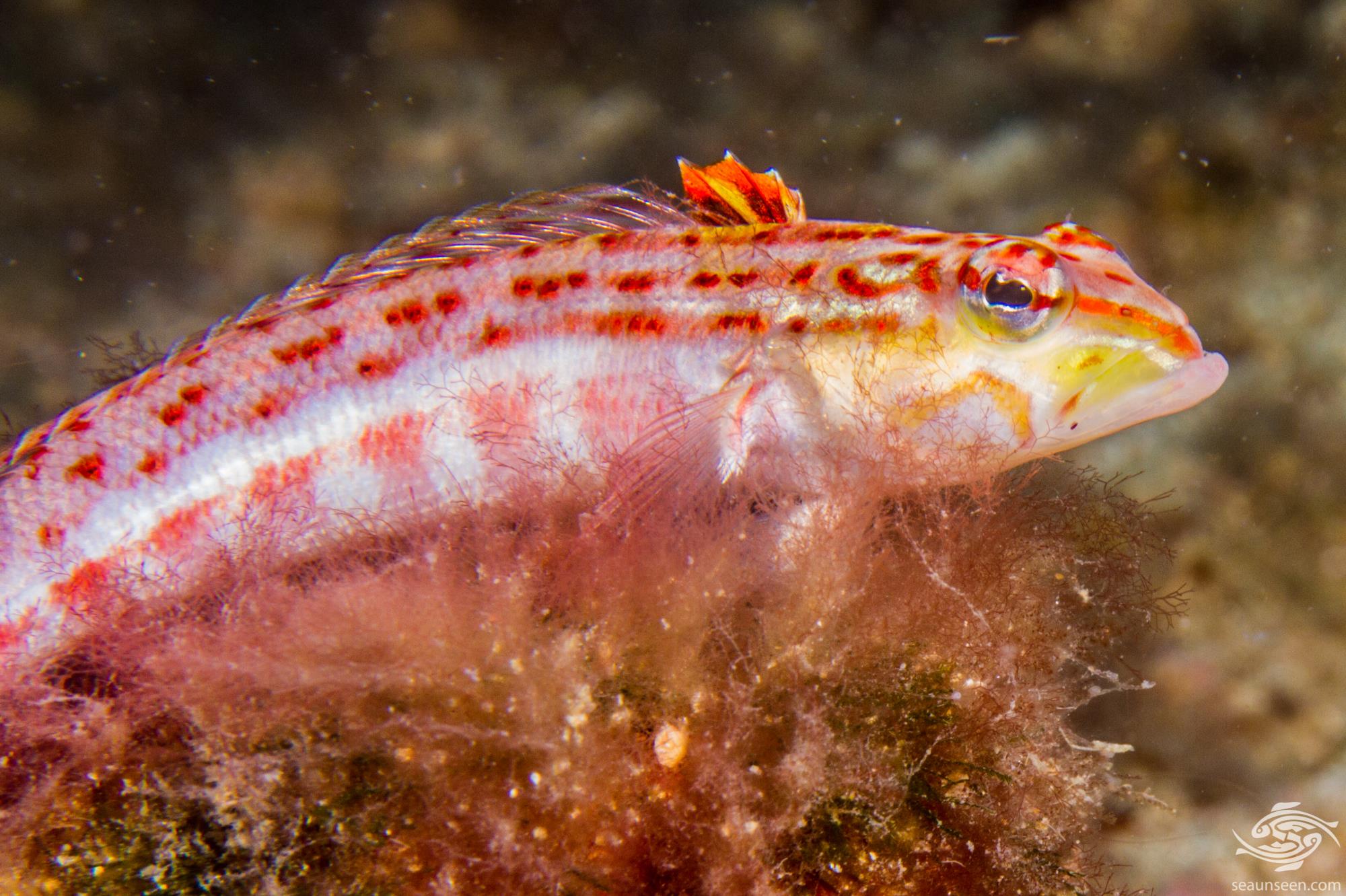 The Redspotted Sandperch (Parapercis schauinslandii) is also known as the Rosy Sandperch.  They are among the more attractive looking sand perches and are sometimes seen swimming above the bottom. They are common on sandy areas with light rubble in Tanzanian waters. 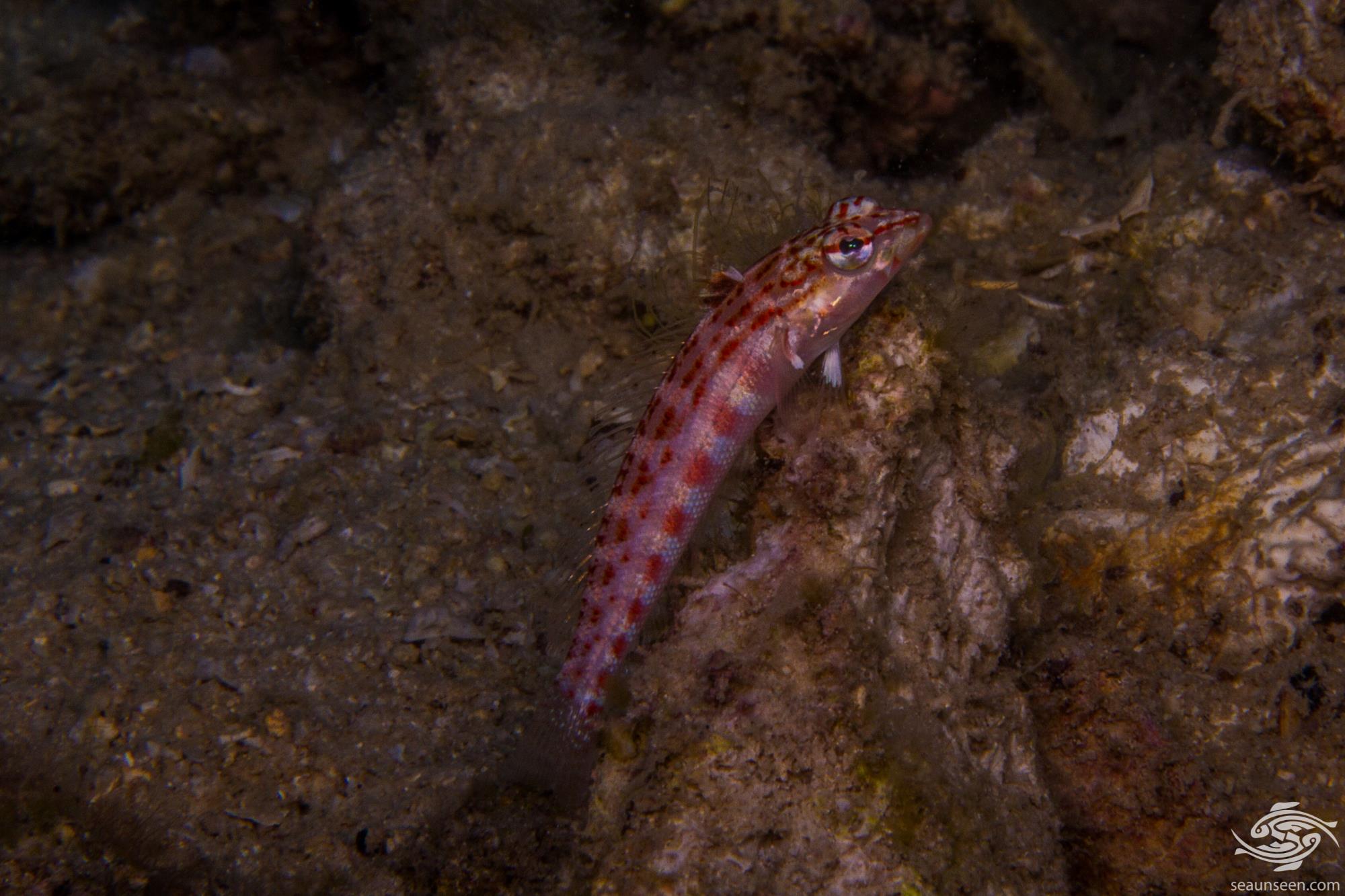 The background color is a silver -white colour and there are usually three rows of red dots with black spots in them extending across the upper dorsal area of the body. These become lines on the face and one extends across the eye onto the upper lip. There are yellow markings on the face above the upper lip extending towards and below the eye.  In lower light conditions these three rows appear to be darker markings because of the black dots in the center.

On the mid body there are eight square markings which are progressively smaller towards the caudal fin. On the front of the dorsal fin the first four rays are yellow and red and the skin in-between is  red with black marks.  The fins are tinted a pink color and the dorsal fin has two rows of light pink dots running back behind the brightly colored area. In Tanzanian waters they seem to grow up to a maximum of 12 cm. 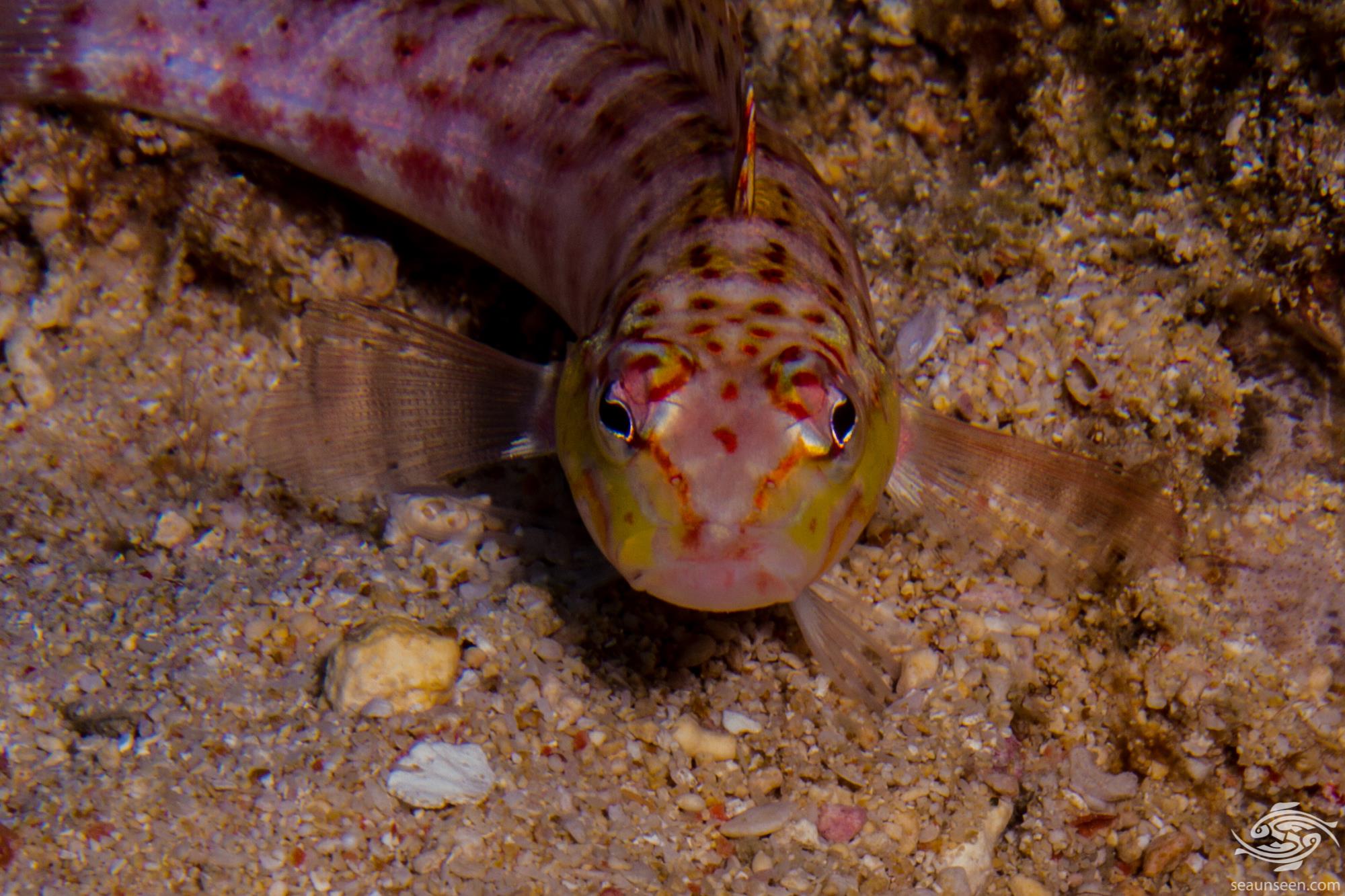 The Speckled sandperch are usually seen on sandy areas and rubble away from the reef.  They sit on the bottom perched on their pectoral fins and make darting dashes upwards. They appear to have exceptionally good eyesight. When approached by a diver they will usually sit on the bottom. If one gets too close they will dart off. They are not common on the reef but seem to be quite numerous on the sand some thirty to forty meters away from the reef.  On some occasions they are seen swimming above the bottom feeding on planktonic matter.

Often when one approaches them they raise the first five rays of the dorsal fin , showing off the bright colouration in this area. 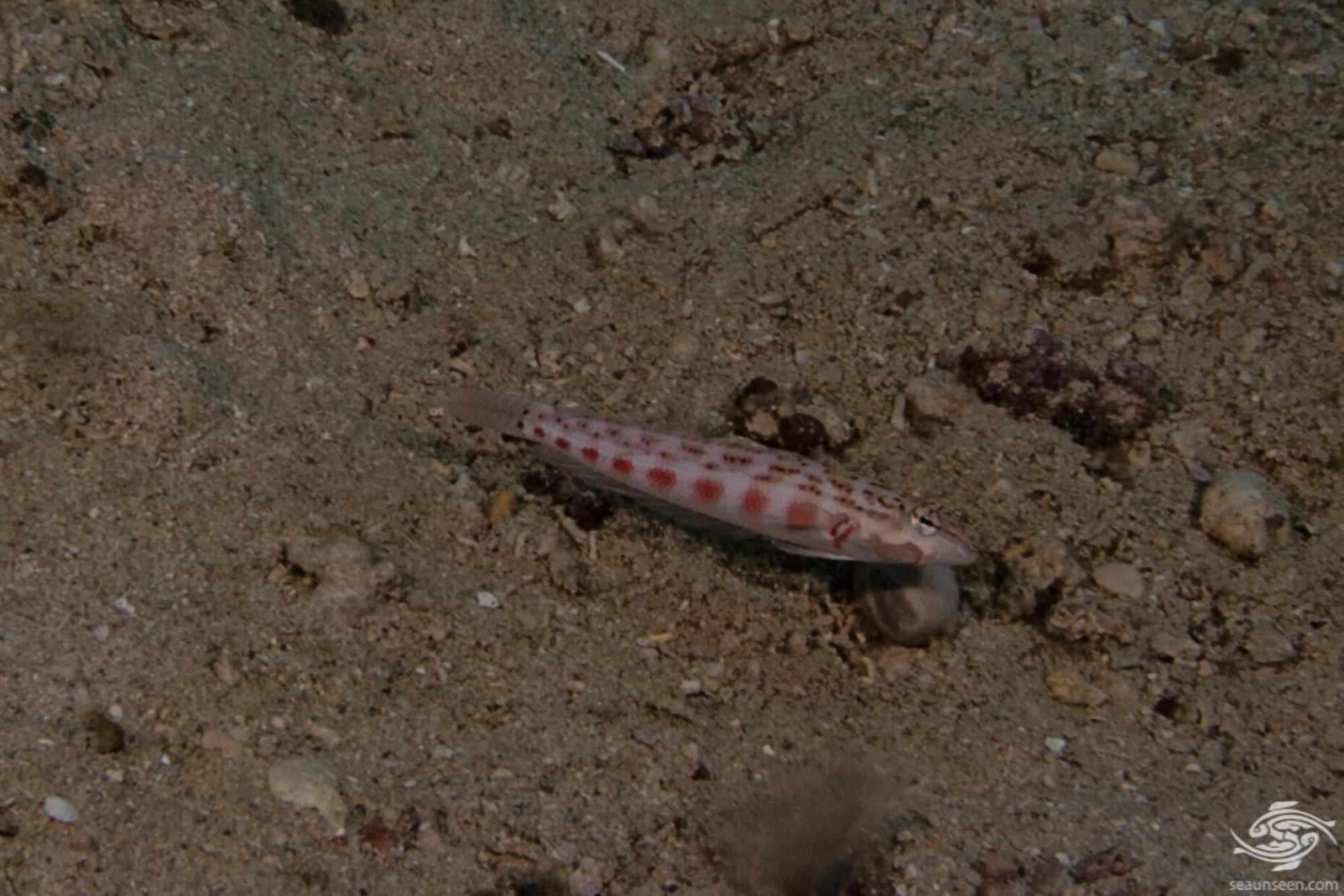 The Redspotted sandperch is found across the Indo West Pacific area.  They are usually found on sandy and rubble areas in-between or away from the reefs. Commonly seen at around 18 meters in Tanzanian waters. 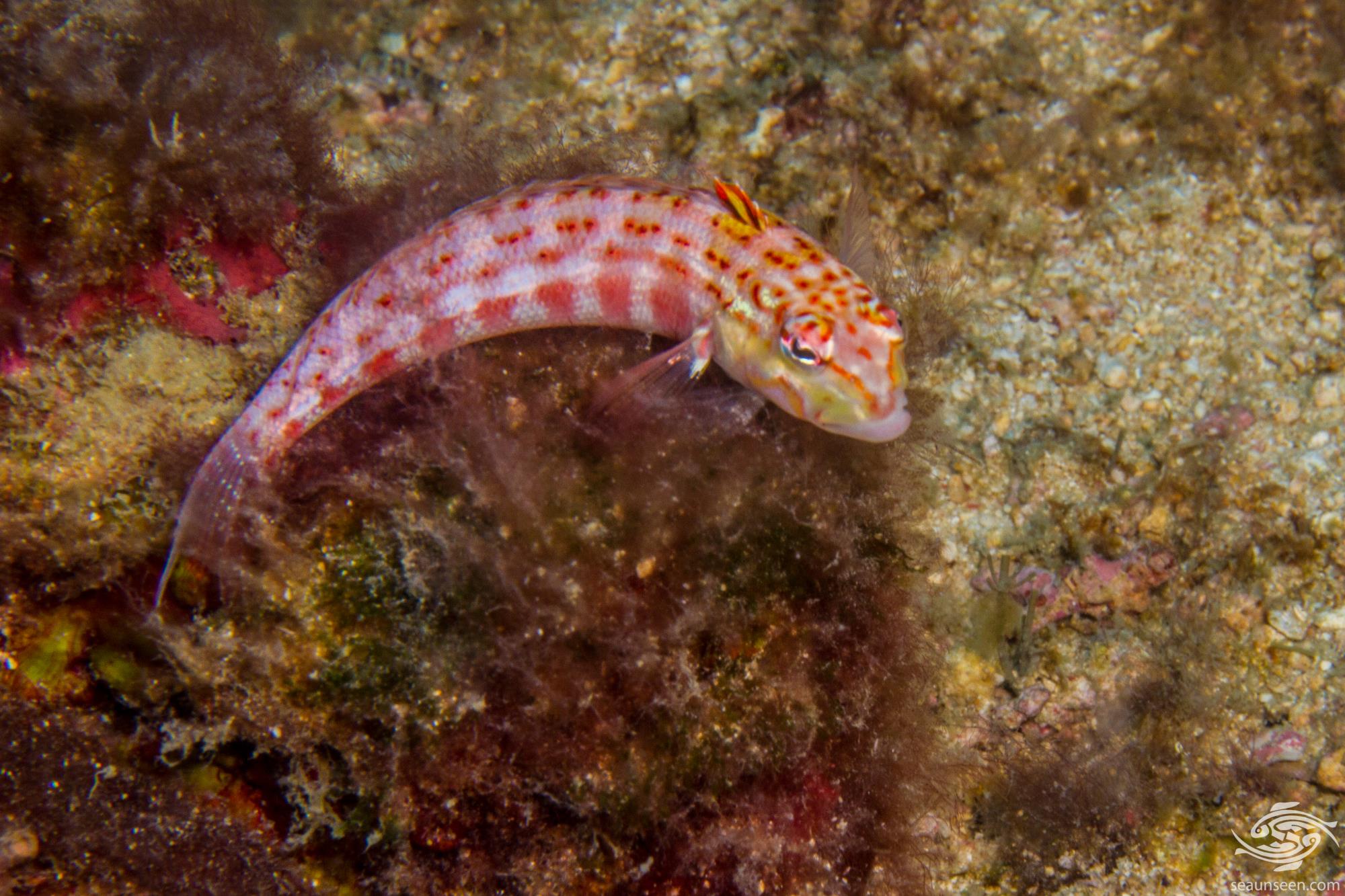 The Speckled sandperch feed on zooplankton, small crustaceans and fish. 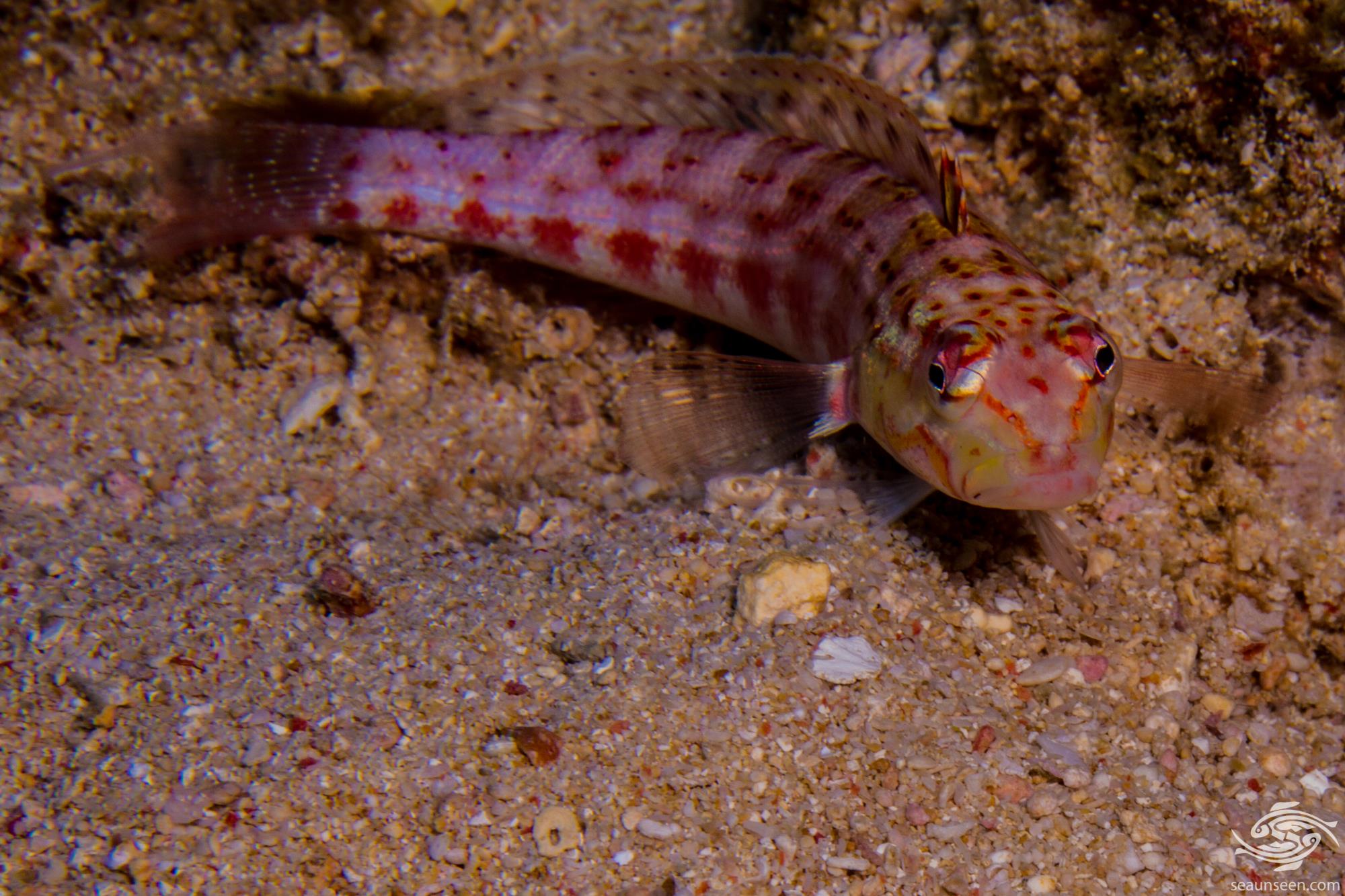 Little is known of this species mating habits. As with most sand perches they are sequential hermaphrodites, starting their adult lives as females and later becoming males, probably triggered by social cues. Spawning takes place at dusk. The male and female swim off the bottom and disperse eggs and sperm into the water table. 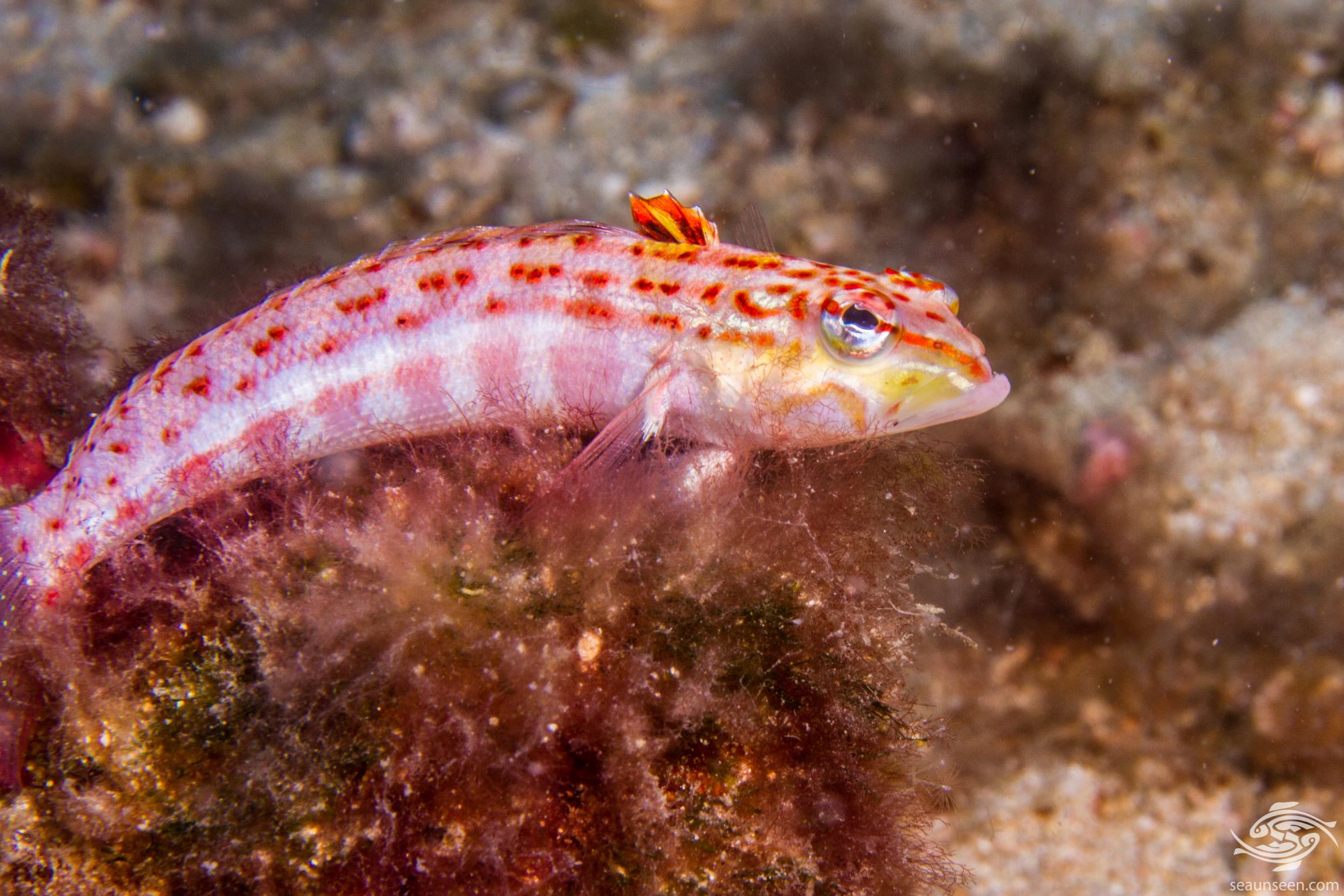 Speckled sandperch are ambush predators and are not commonly kept in aquariums. They are however attractive looking fish and in the right type of tank with no small fish or crustaceans could make an attractive addition. 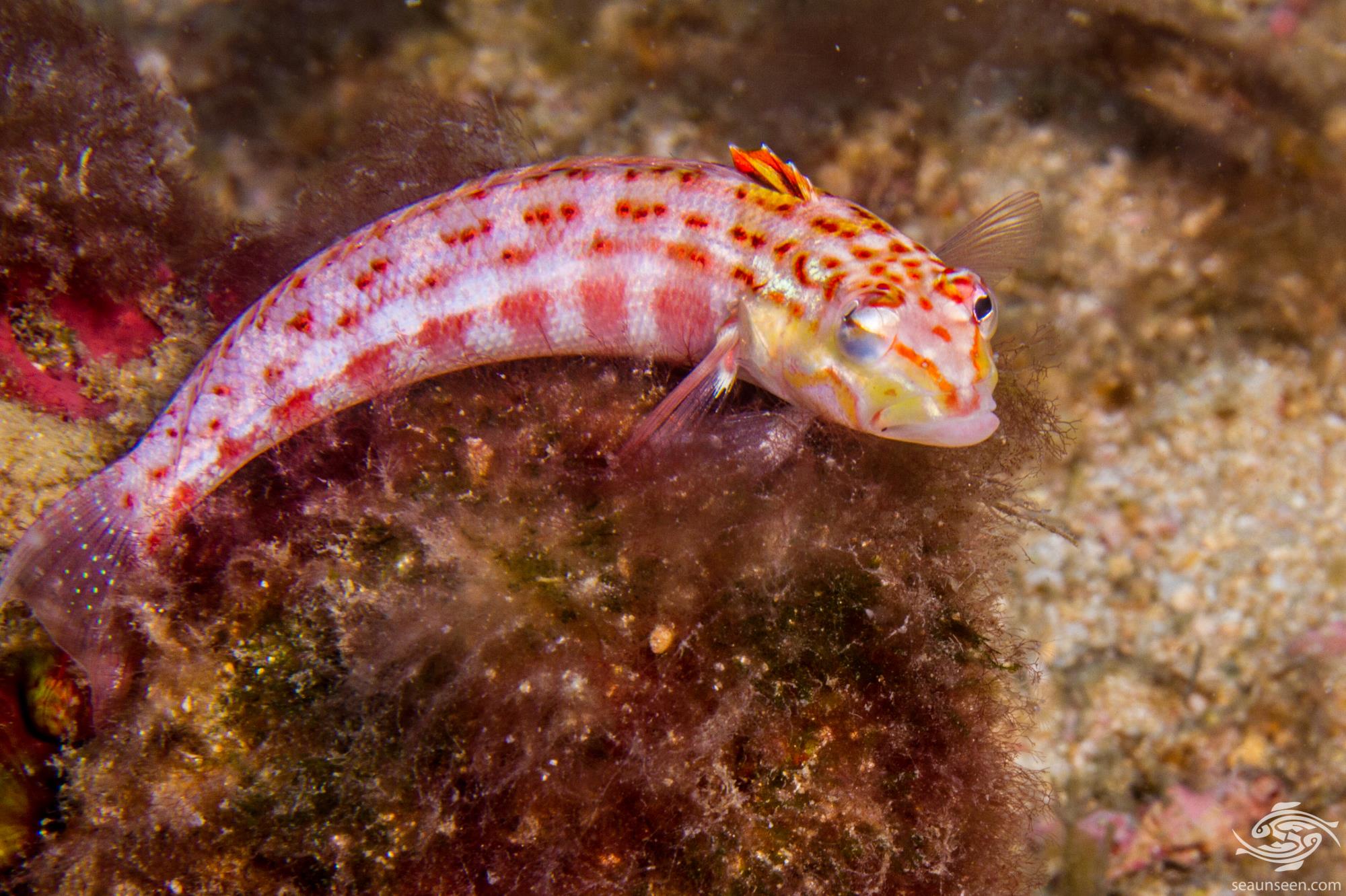