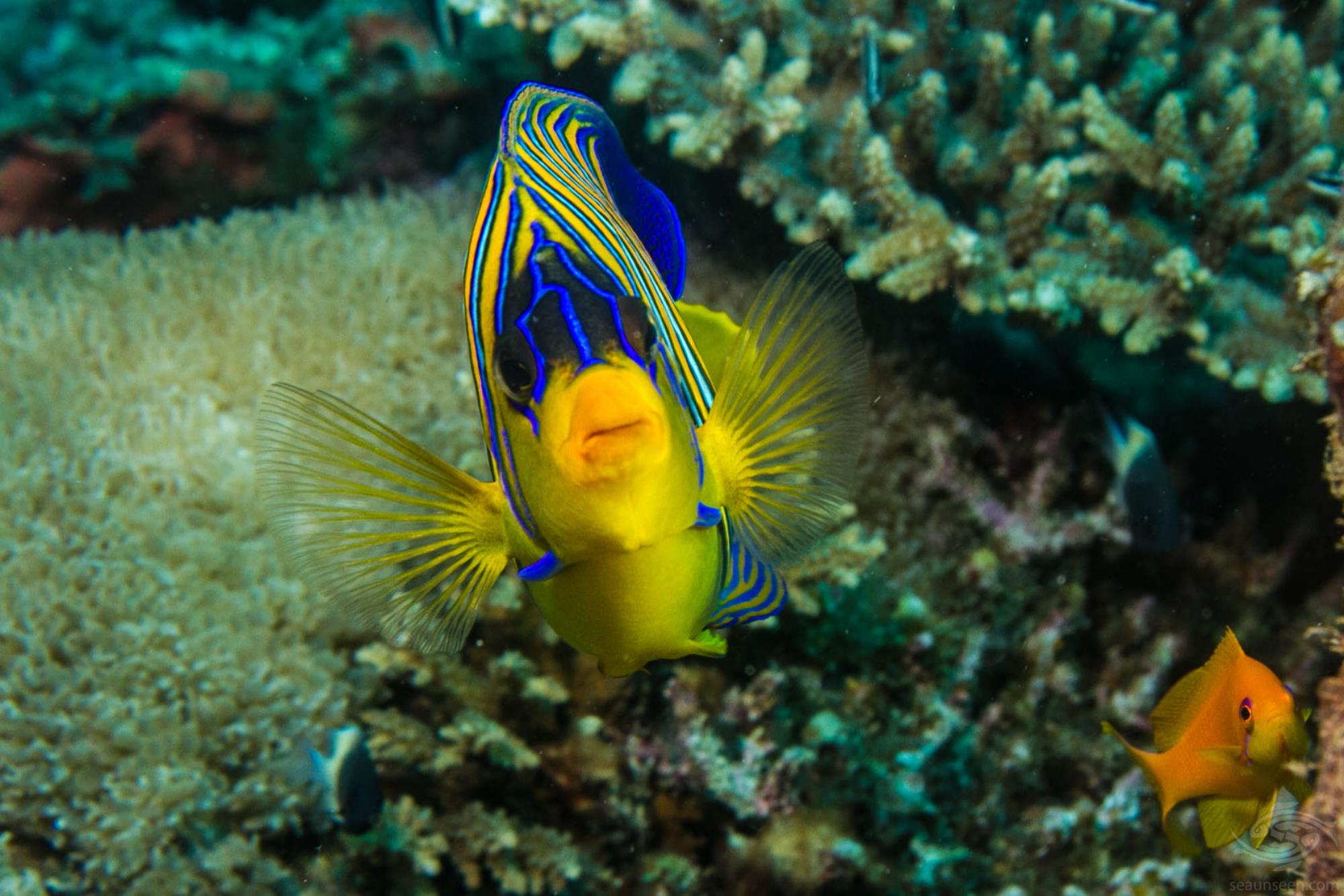 The Regal Angelfish or Royal Angelfish Pygoplites diacanthus is one of the angel fish in the genus Pygoplites. With its vivid coloration it is a striking fish. They stand out underwater even when the visibility is low. They can be easily spotted from a distance with their bright coloring. It has to be a contender for one of the most beautiful fishes in the ocean. 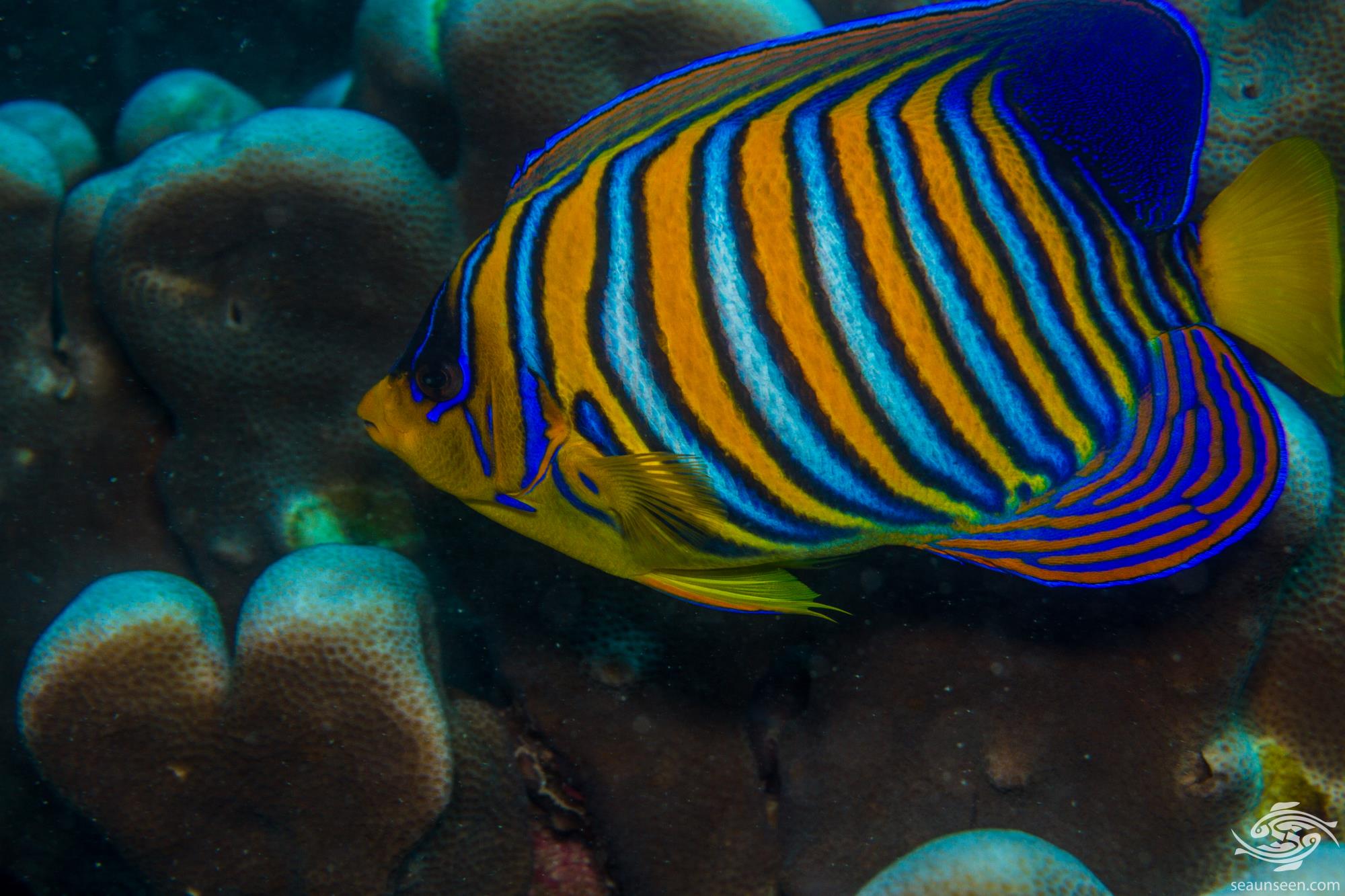 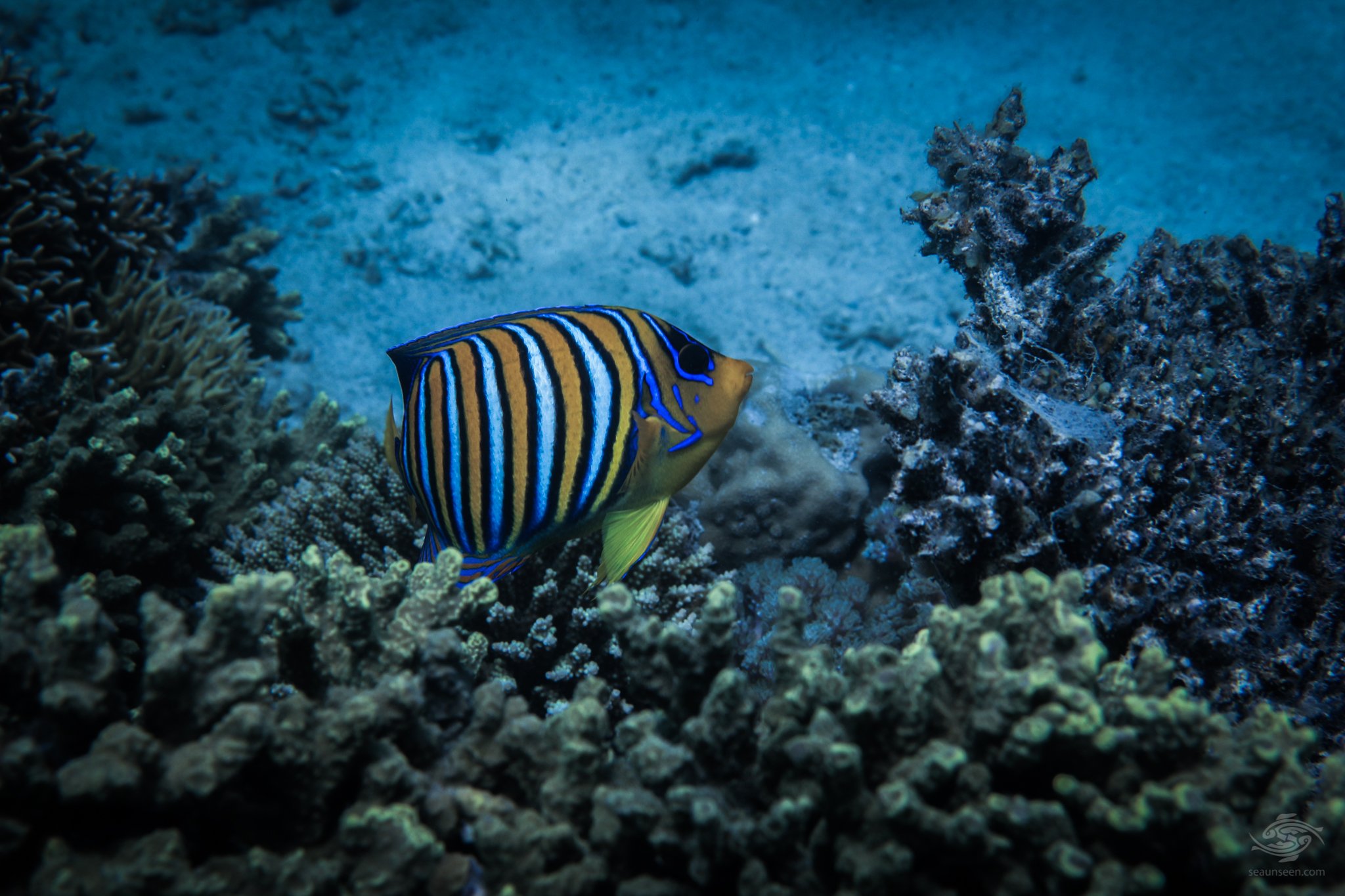 The adult regal angelfish are difficult to approach closely. If they are near a safe deep hiding spot they sometimes appear curious of a diver and will initially dart into the hiding spot. If one remains still they will often come out and observe the diver. Sometimes appearing to display its self in front of the diver once it has accepted his presence. This seems to happen more often with a single fish than with a pair who will generally just disappear.

The juveniles are extremely difficult to approach and indeed even to find. They are extremely reclusive and seldom seem to stray more than a few inches from cover. You really have to be looking under overhangs and in crevices to spot them. Adults are most often seen singly but pairs are seen fairly regularly. On rare occasions groups of three or four are seen. These are haremic groups, comprising of one male and two or possibly more females.

The Regal Angelfish occur across the Indian ocean into the west and central pacific oceans. They inhabit coral reefs and lagoons that have abundant coral growth and in Tanzania are generally found in areas which have a good mix of hard and soft corals, with plenty of sponges around. They are found in depths from 1 to 48 meters. 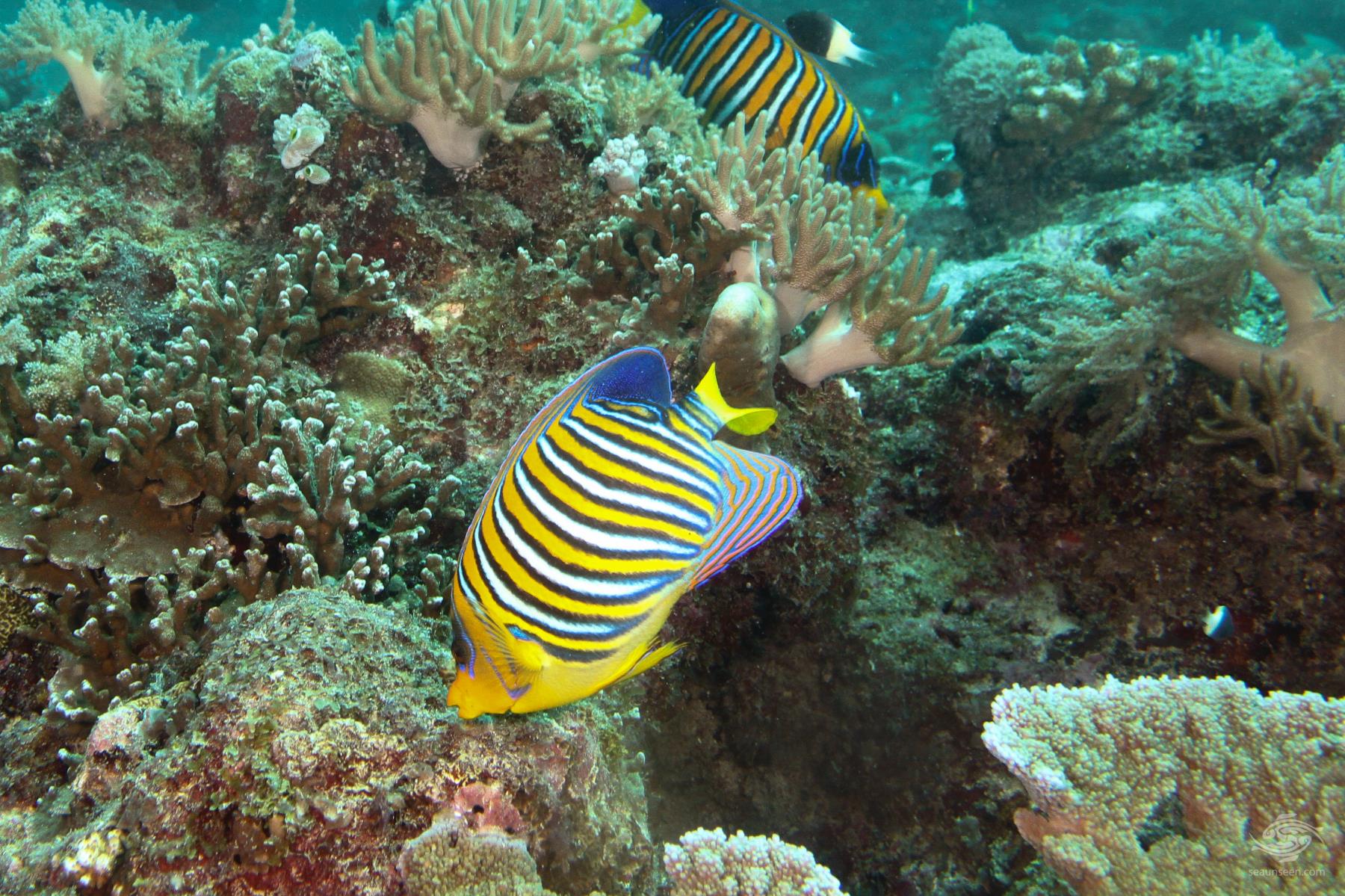 Not a lot is known about the breeding habits of the regal angel, but they are known to form haremic groups and to scatter the eggs. 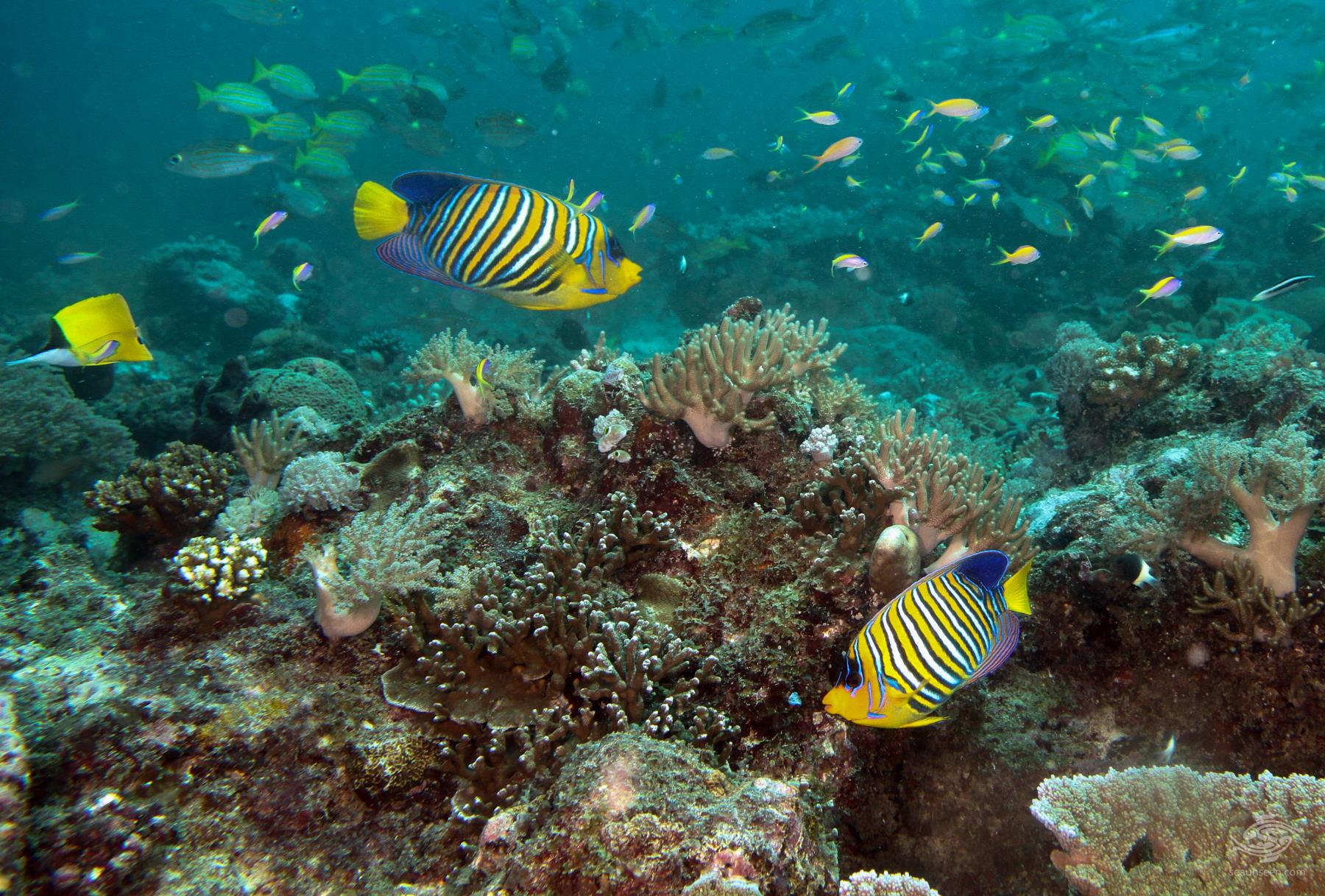 As an aquarium fish the regal angelfish should only be kept in large tanks. Only experienced aquarist’s should  keep them. They will not eat unless they are in the right surroundings and many starve to death in aquariums.  As a prerequisite they have to have a suitable deep hiding spots, as in their natural surroundings. Because of this only after extensive research and with considerable experience should an aquarist attempt to keep one of these fish. The chances of the fish slowly starving its self to death are great. They are extremely difficult to wean onto the usual prepared foods and as a consequence are not recommended for beginners. 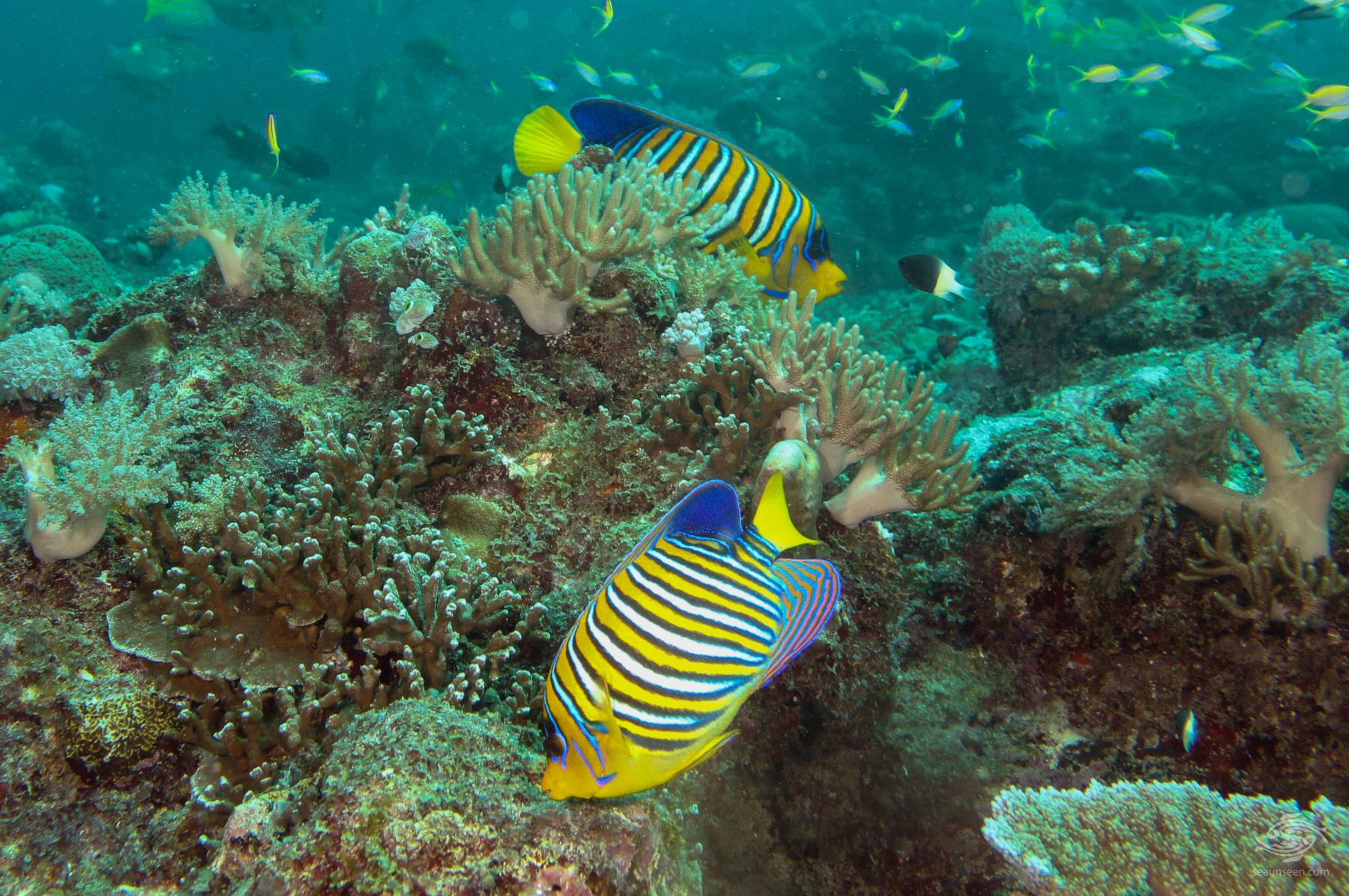 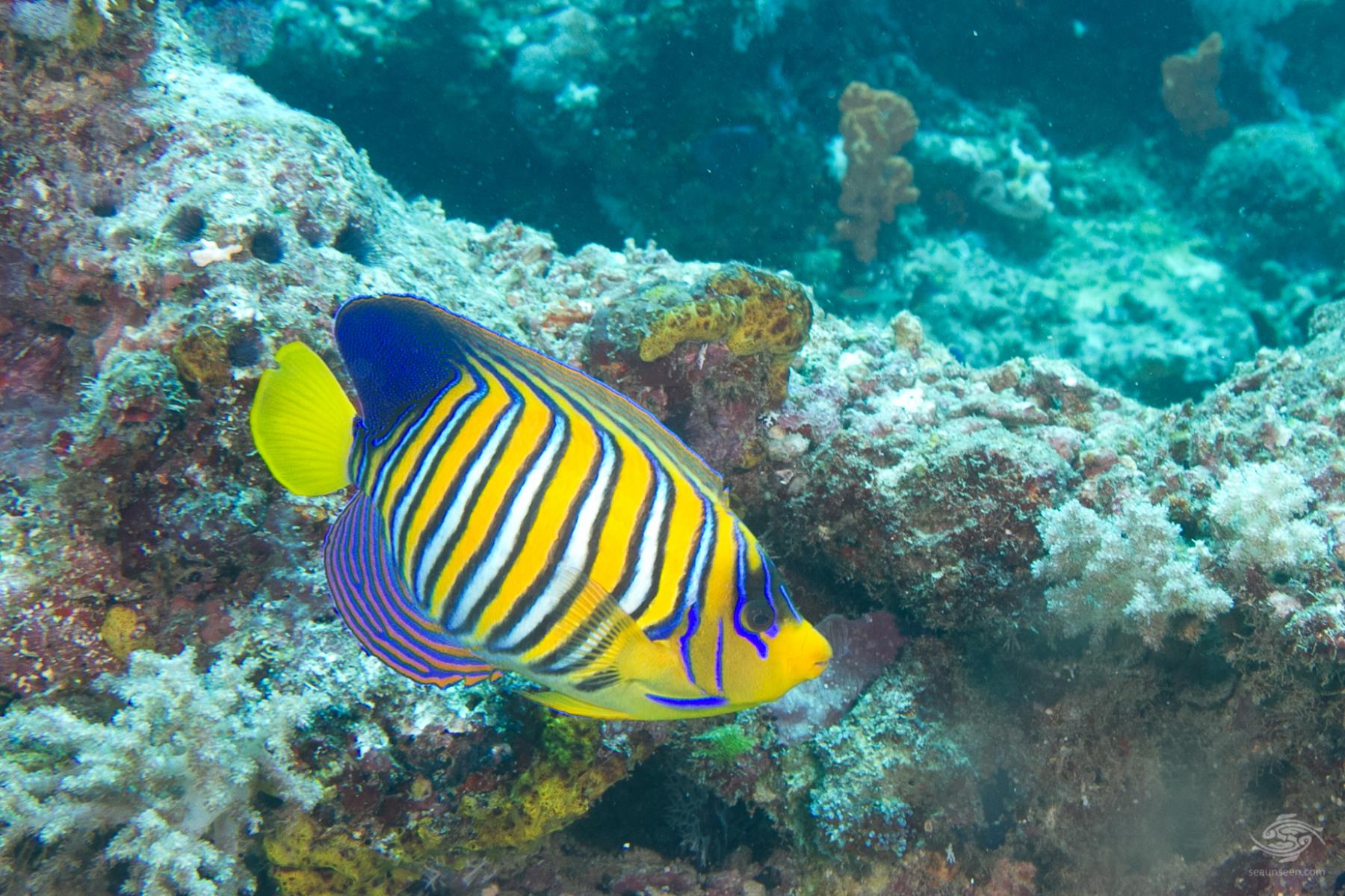 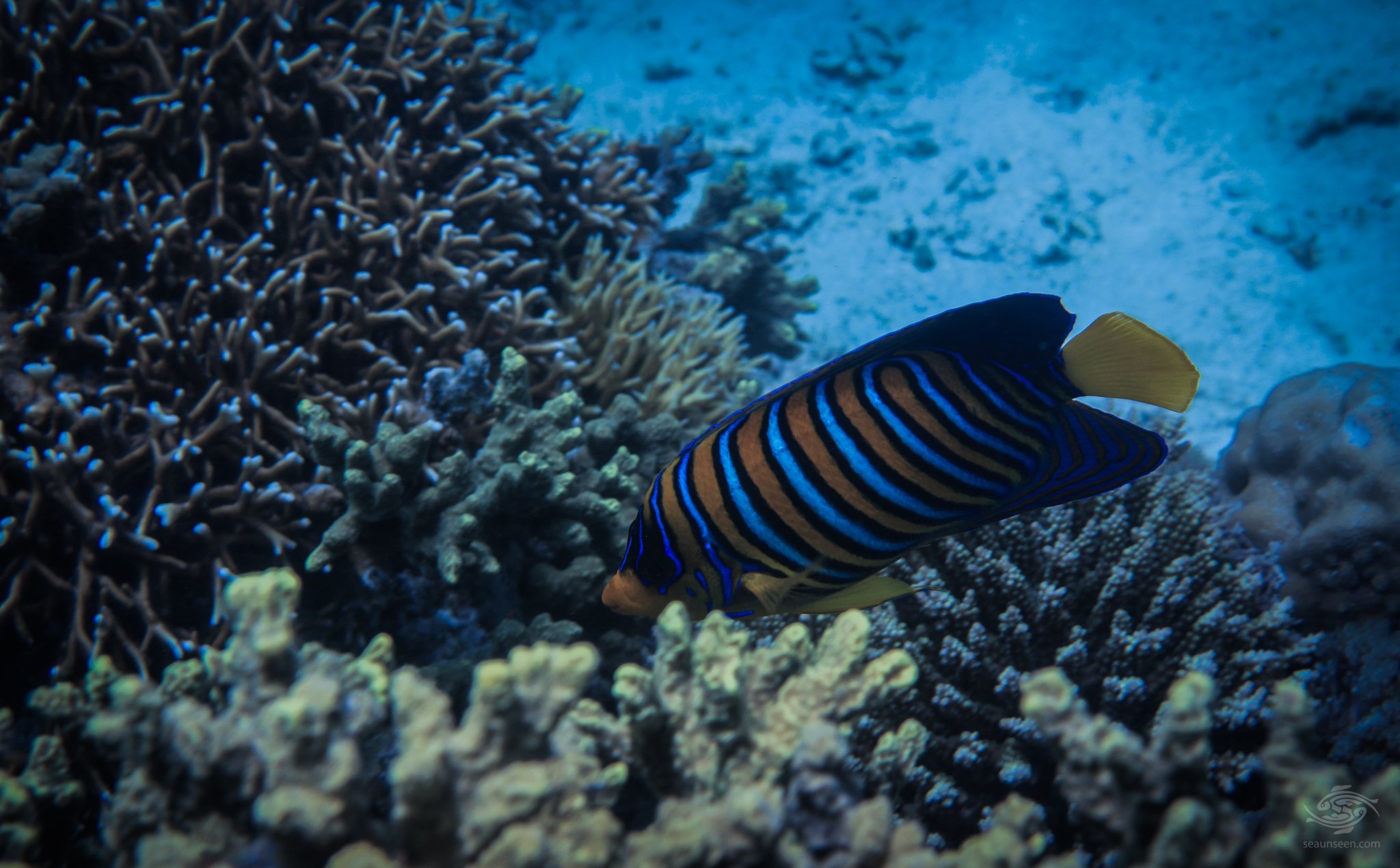