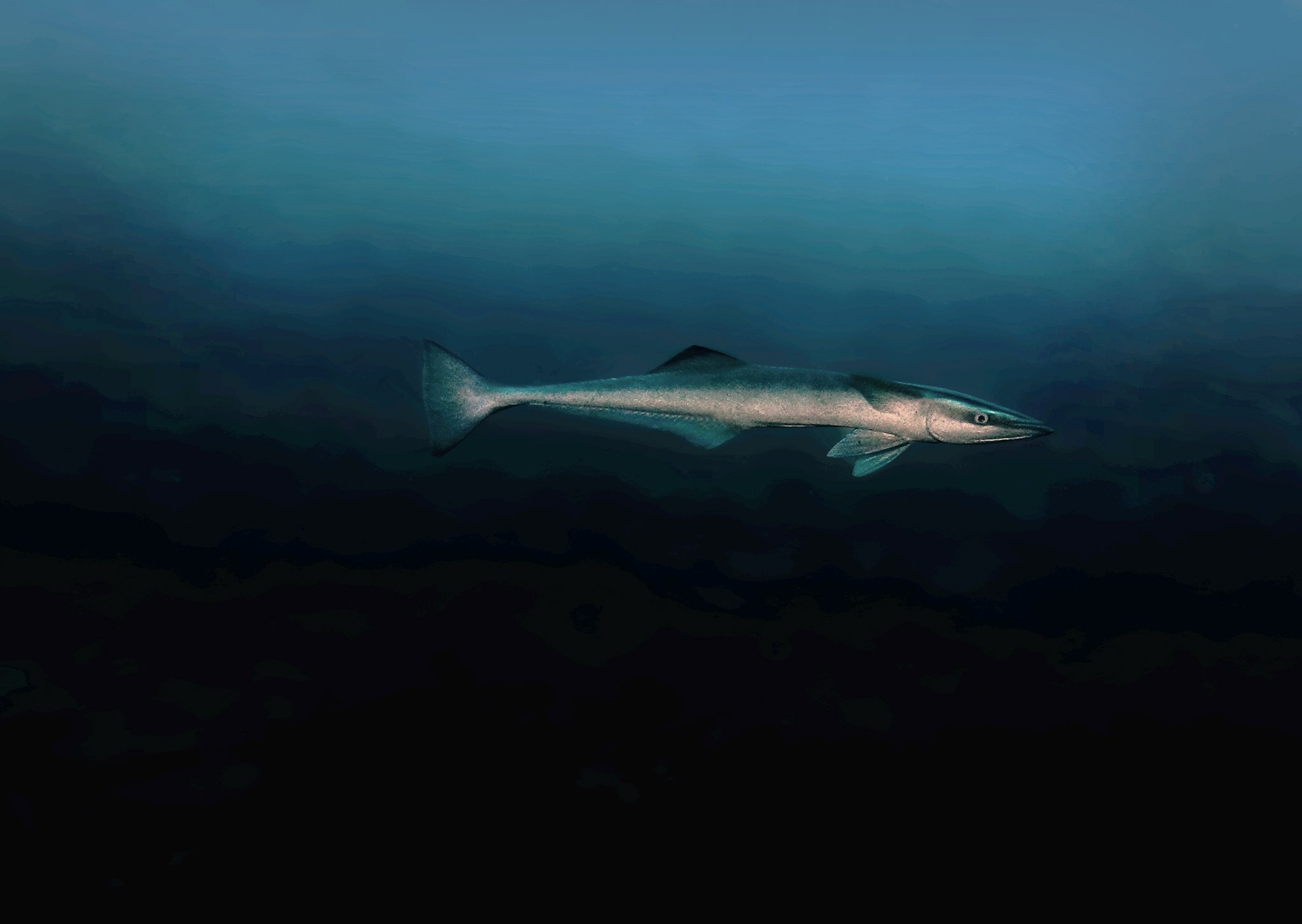 In 1881 Mr. Frederick Holmwood, C.B., the H.B.M. Consul in Zanzibar noted a curious practice amongst the local fishermen. He noticed them carving small wooden containers out of wood, and on inquiry was told they were used to keep “Chazo,” which he discovered were fish known as remoras or “suckerfish,” from the family, Echeneidae. 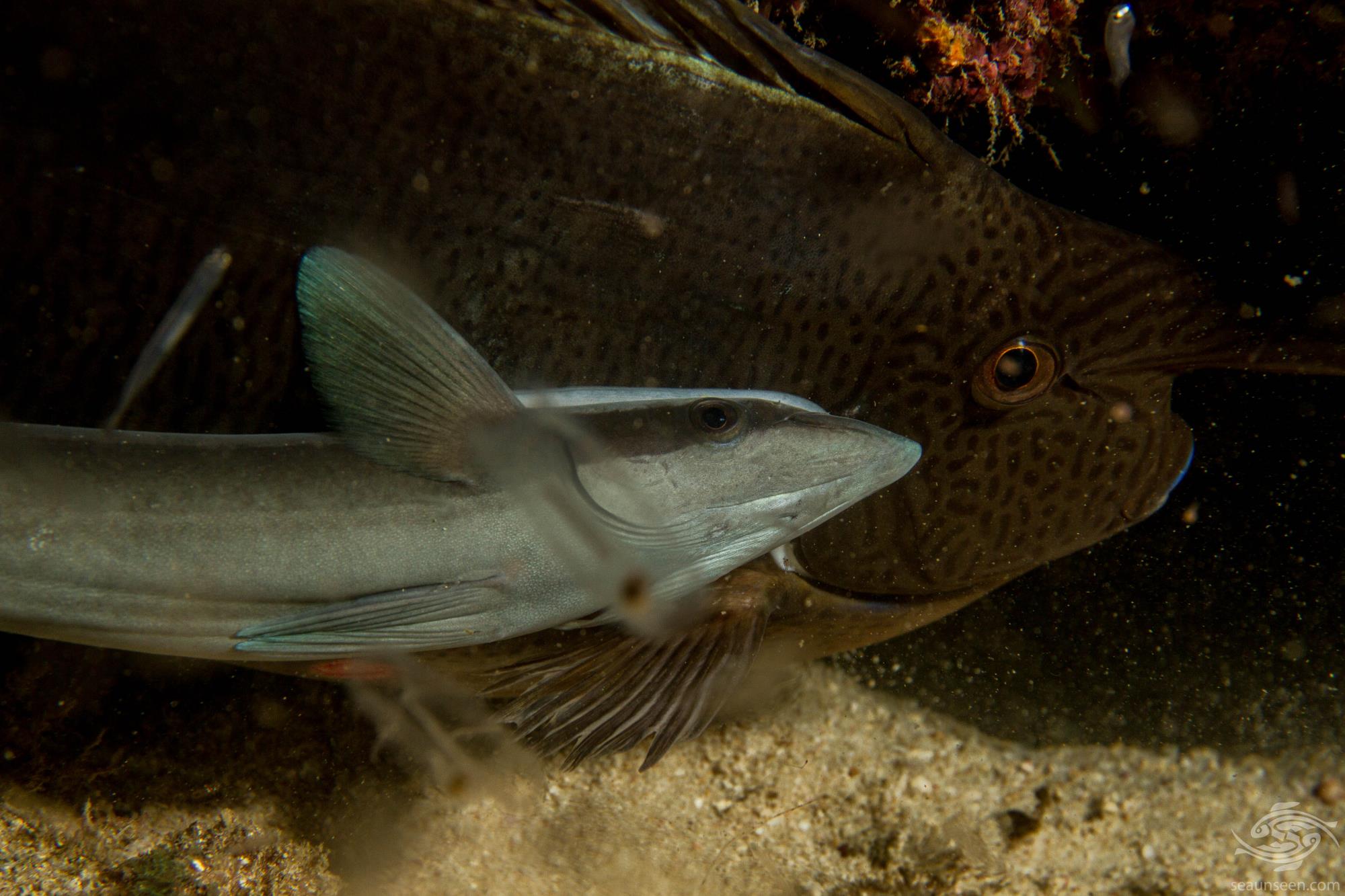 The common remora (Remora remora) , have a specialized appendage on the top of their heads, which allow them to suction onto other larger fish, and sometimes boats or divers. Once attached to its target the remora moves its self backwards increasing the suction onto the target. To detach its self it moves forward. 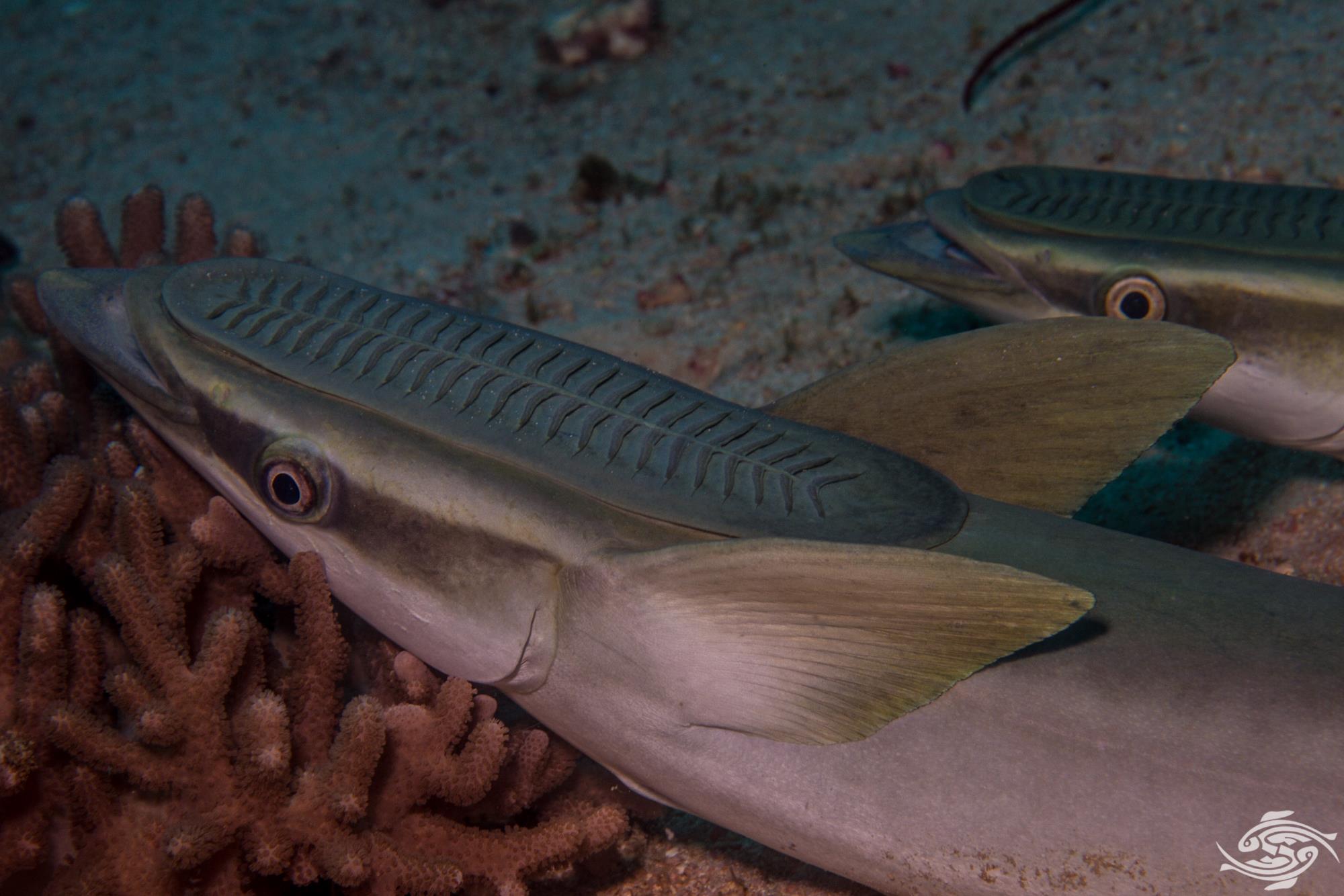 There is some contention on whether this allows them a free ride on the target fish to feed off scraps or feces. That being said, however, remoras have a habit of suctioning onto sharks, turtles, boats and even dolphin, using this specialized appendage. 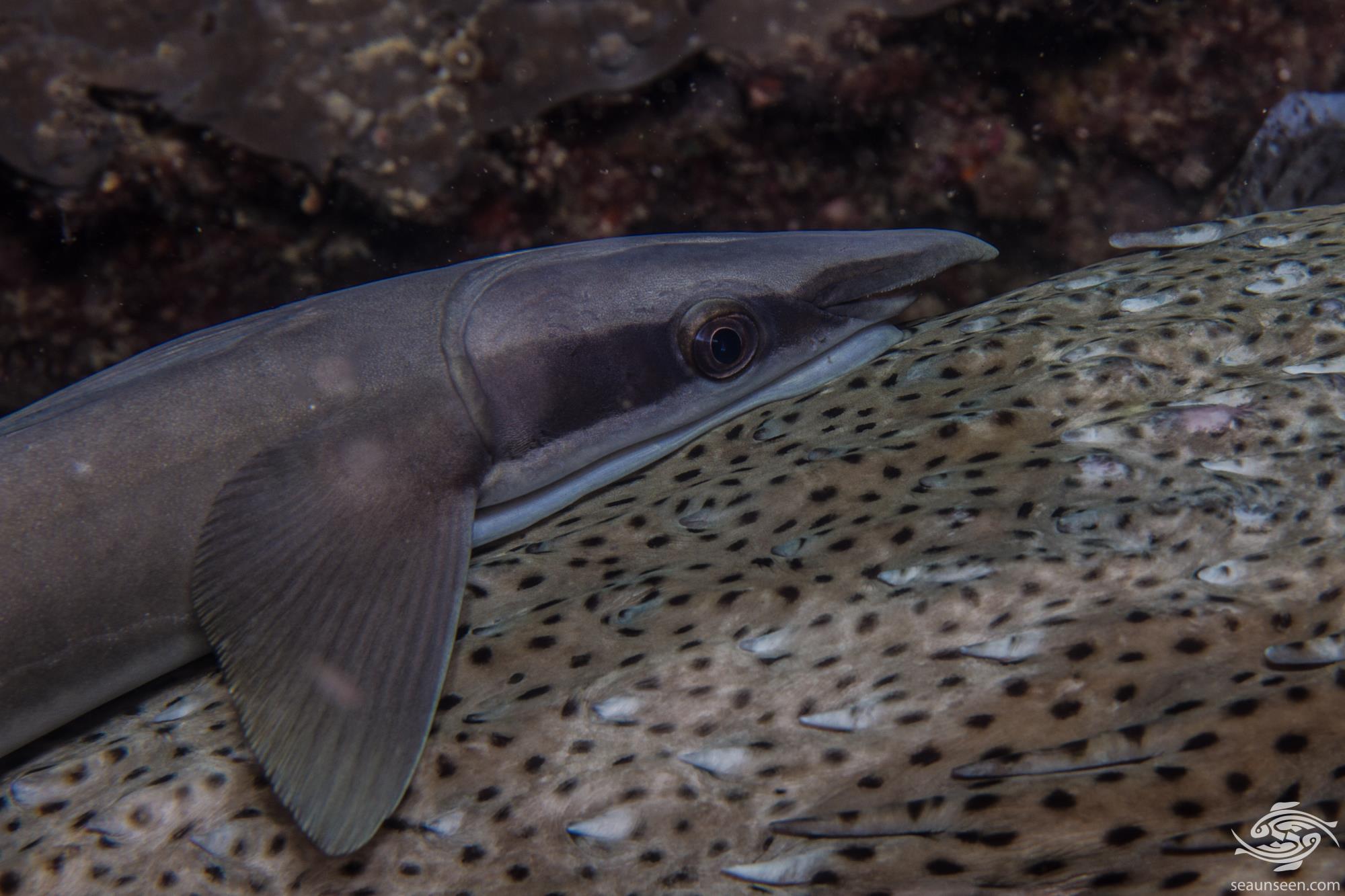 According to Mr. Holmwood’s study, the fishermen commonly caught the remora’s by hand when they attached to their boats. The fish were then put into wooden containers with a metal ring fastened to their tails. Then, everyday, they would be brought along with the fishermen on the fishing boats. The fish would be released into the open water with a line attached to the ring. The remoras would swim off, and as soon as it attached to a larger fish, shark or turtle, the fishermen would pull in the line. Hauling the fish and it’s catch alongside the boat. There is an anecdotal account by Mr. Holmwood of one of a remora returning back to a fisherman’s boat after the cord broke.

At the end of the day, the fish in their wooden containers, were taken back to the fishermen’s huts. They were hand fed and given frequent water changes. 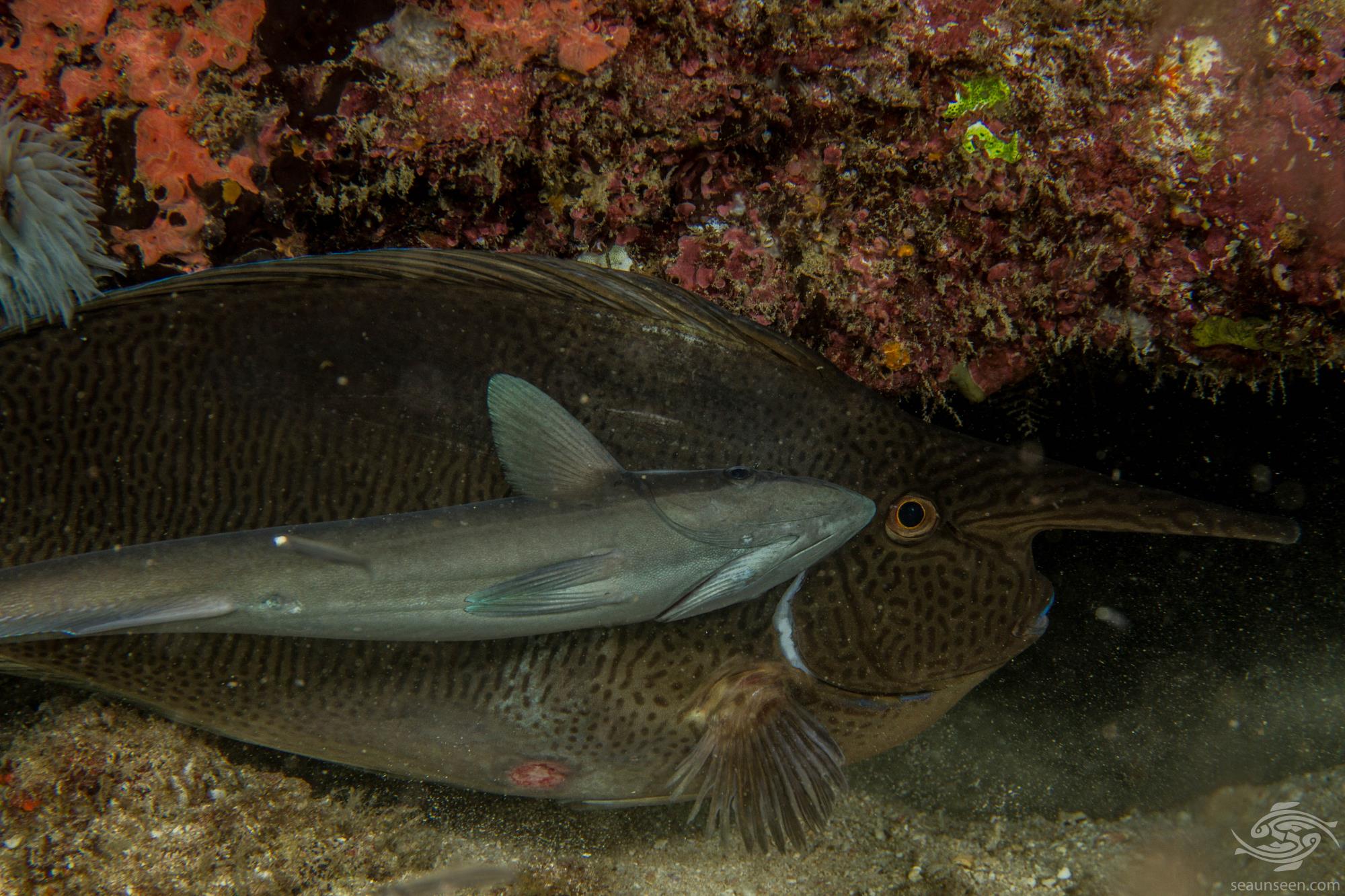 The full account may be read in the American Naturalist and it is backed up by several other observations; Commerson-Lacepedes a French naturalist noted a similar practice in Mozambique in 1829, 1809 and 1810, Henry Salt also noted it in Mozambique, and further back in 1787 a Swede named Andrew Sparrman noted the same practice. Columbus on his voyage of discovery to America is reported to have noted a similar practice, but it is not clear where he noted it. It’s possible, however, that the original inhabitants of Jamaica were seen using the fish in the same fashion. It is not known if the same practice is still used in Zanzibar waters. 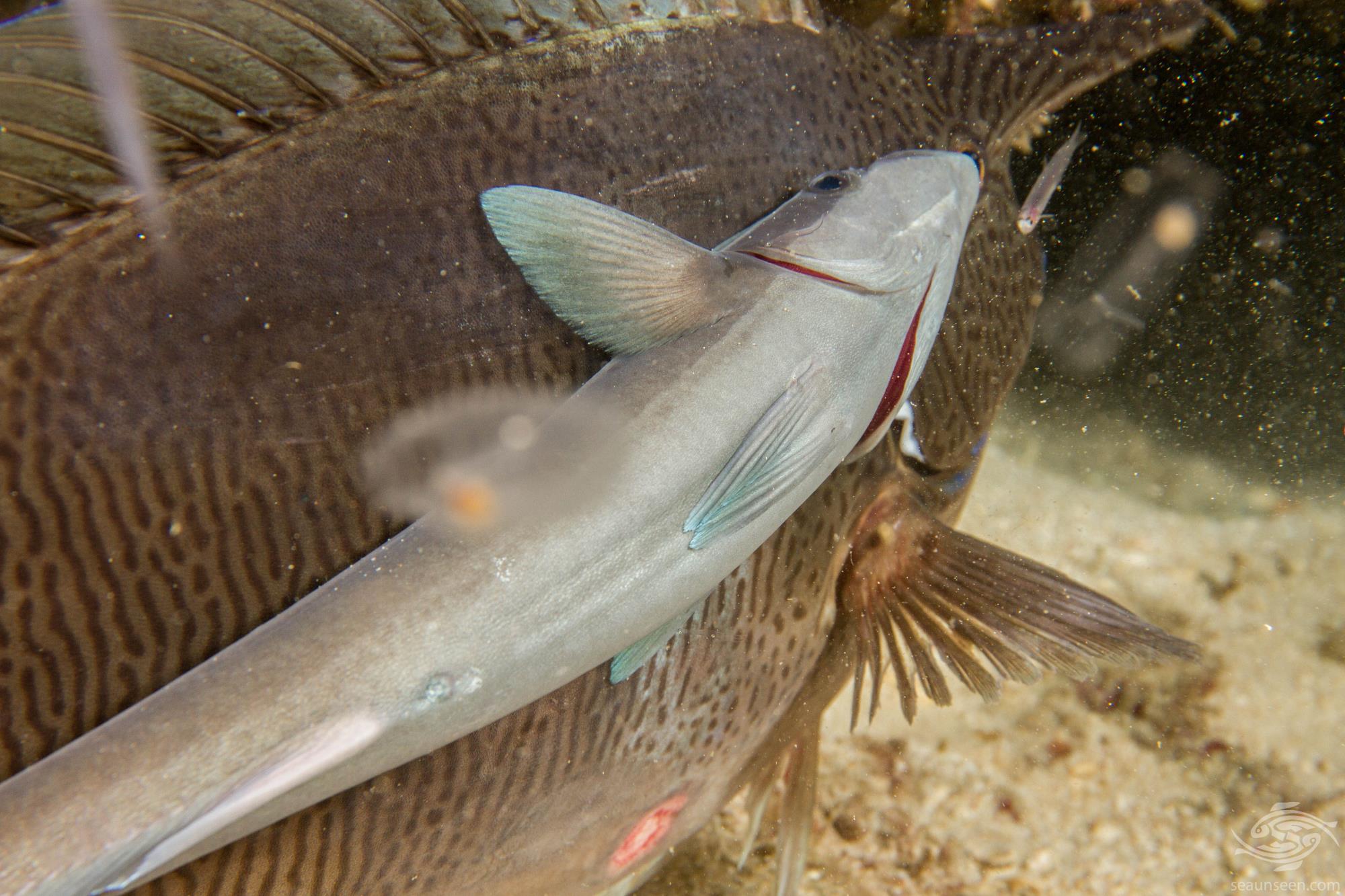