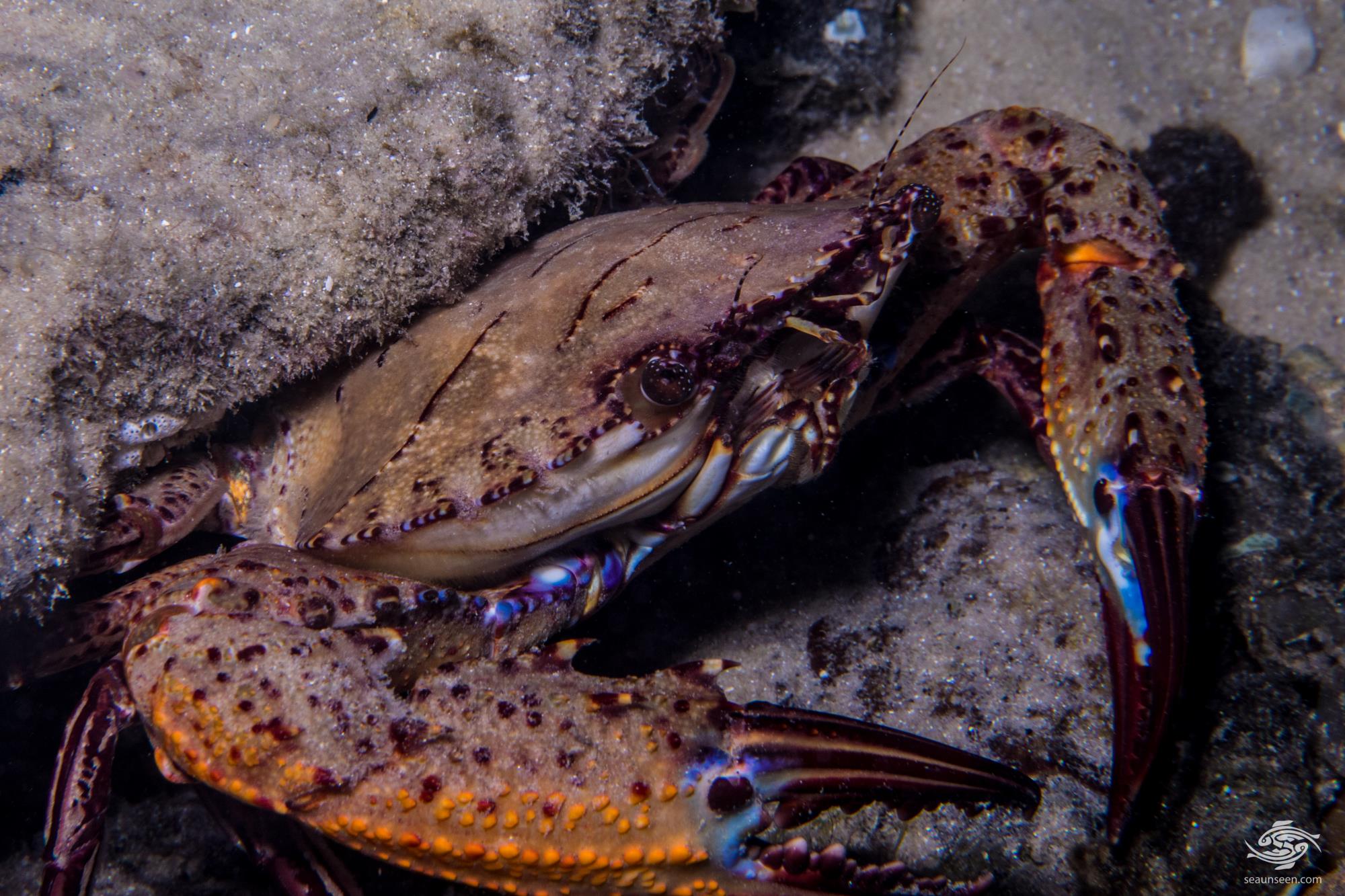 The Ridged swimming crab (Charybdis natator) is also known as the wrinkled swimming crab or rock crab. Because of the ridges on their back they are relatively easy to identify. There are two subspecies, the continental form as seen in the post and the form found in the Seychelles Charybdis natator seychellensis. Being swimming crabs  they are distinguished from walking crabs by having paddles on the last pair of legs. That said we have never seen one of these crabs swimming and they have always been on the substrate under an overhang of some sort.

They are in the infraorder Brachyura and Portunidae family making them true crabs. They were first described by Johann Herbst in 1794 with the type locality being reflected as “Ostindien” which may be  the east coast of India or the Indo-Malayan Archipelago. 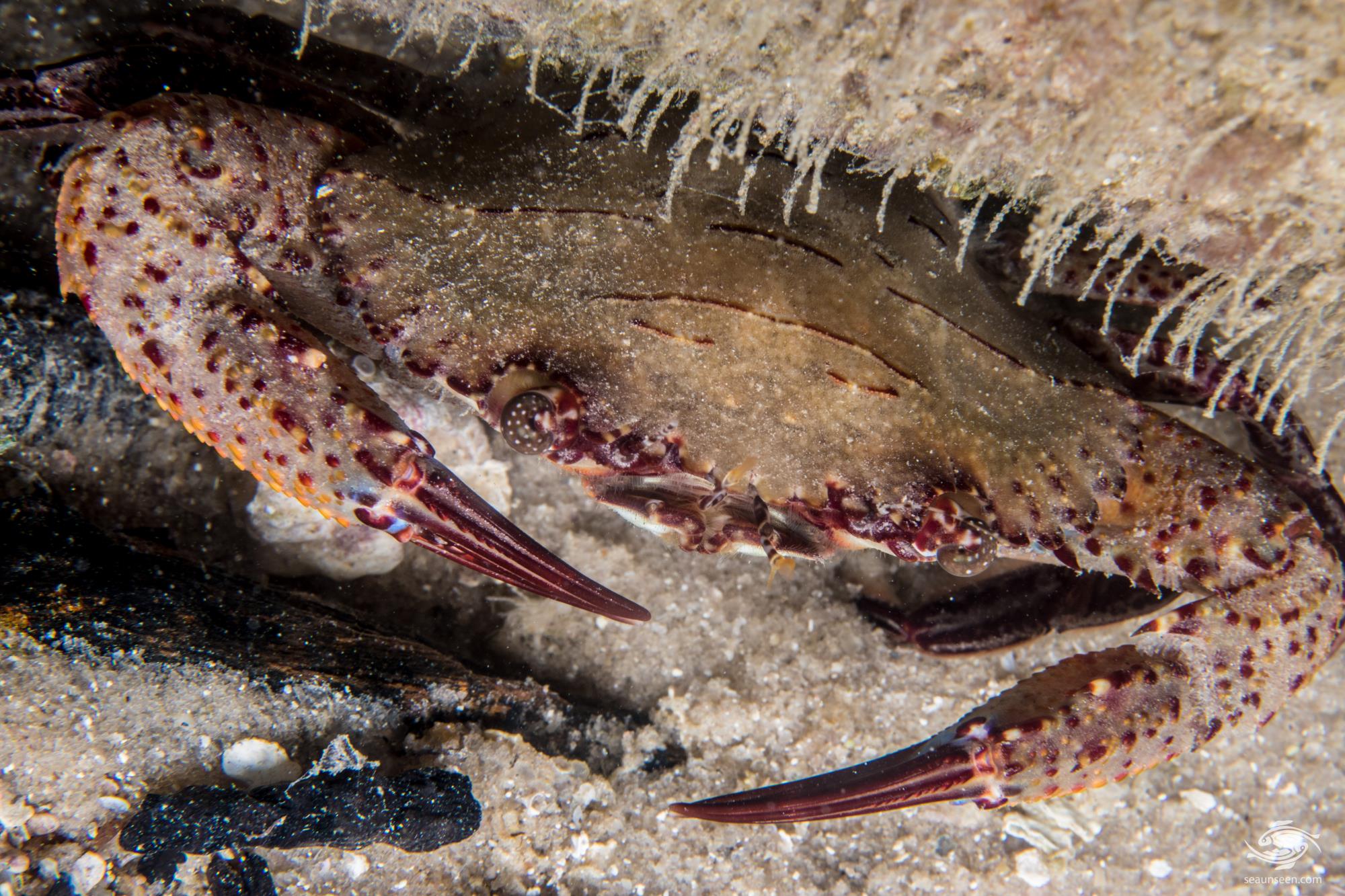 The Ridged swimming crab is relatively easy to identify because of the distinctive ridges on the top of its carapace.  These can be seen above running sideways across the carapace. The ridges are usually dark red brown in color.

Their carapace varies in color probably dependent on when it has been shed.  Freshly shed shells have little growth on them and are a light orange color but after awhile growth develops on the shell and they go a light brown color. The chelipeds are covered in granules which are brown on the top of the claws but orange on the underside. and the claws are proportionally narrow and seem to be evolved for picking out small pieces of meat from prey.  There is usually a bit of blue on the base of the claws. Their rear legs have paddles on them but we have never seen them swimming. They grow up to 17 cm in width. 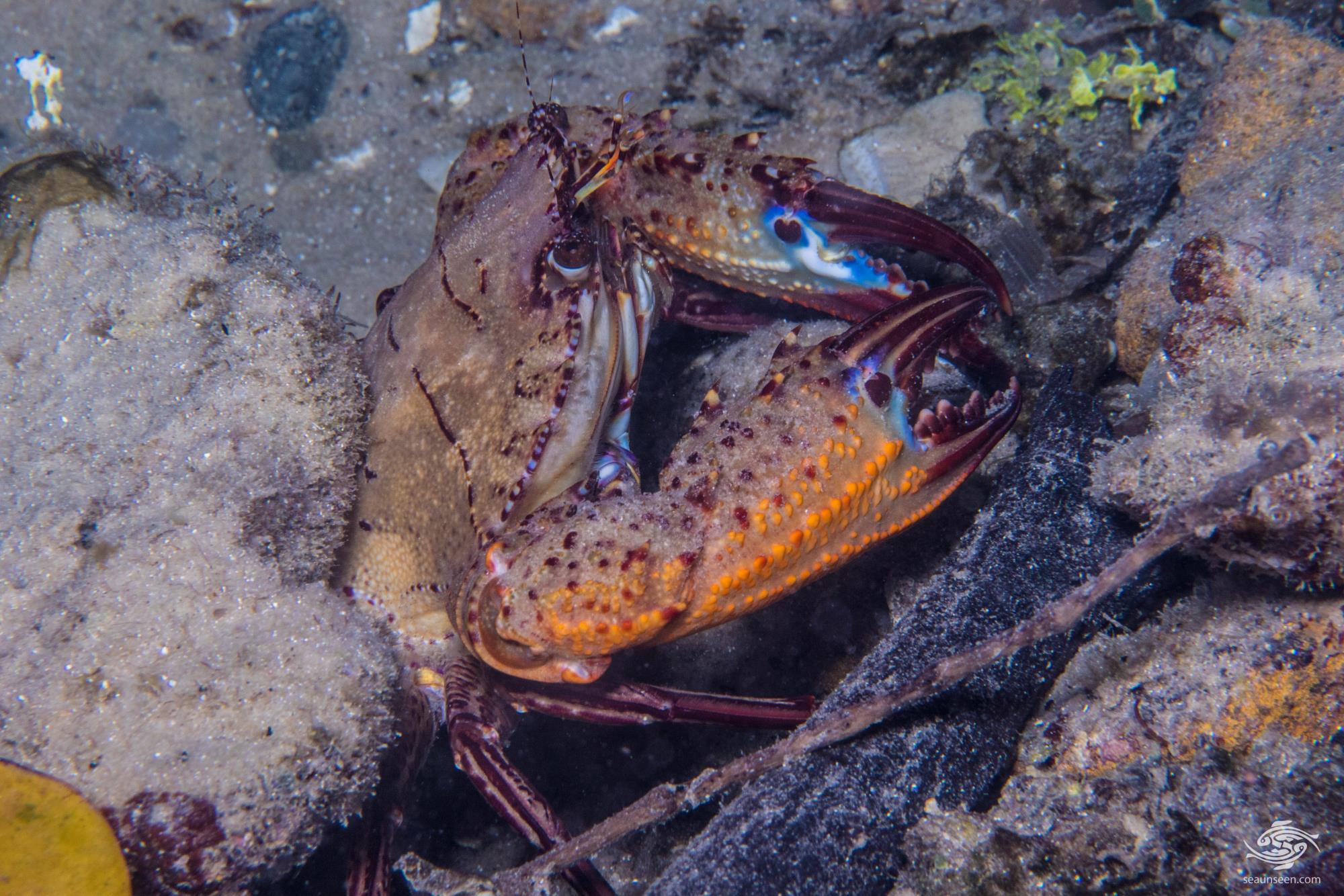 RIDGED SWIMMING CRAB IN THE WILD

The Ridged swimming crab is usually seen under prominent features in sandy areas in Tanzania, in fairly shallow depths of three to five meters. They are recorded elsewhere in the intertidal zone and sub tidal zone to depths of up to 60 meters. 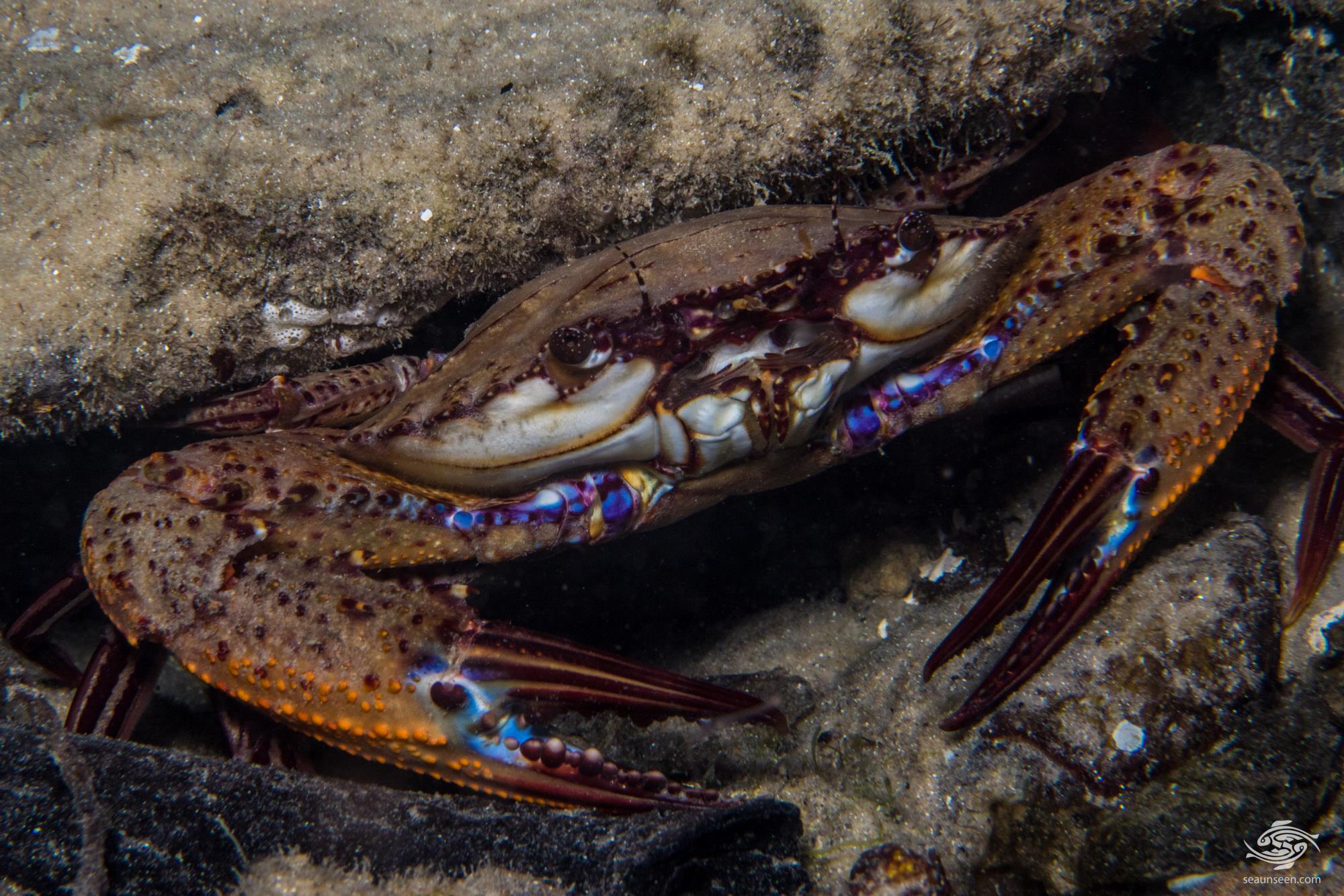 The Ridged swimming crab are found From South Africa north to the Red Sea across to Japan and south from there to New South wales in Australia. We usually see them on mixed sand and rubble areas under more prominent pieces of rubble. 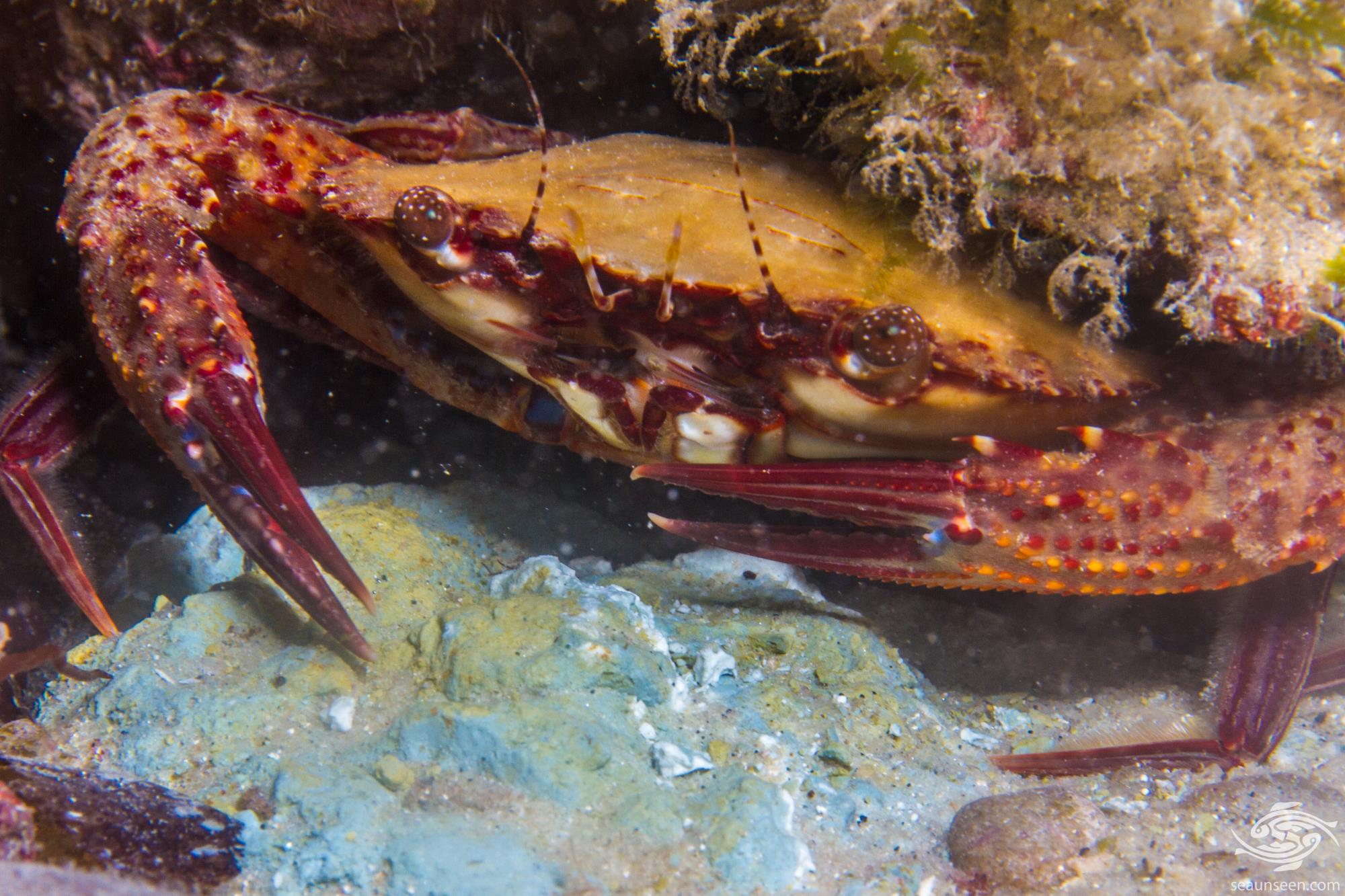 There seems to be no information available on their diet but other Charybdis species with similar claws prey on mollusks, crustaceans and fish with a preference for and slow moving or fixed prey. 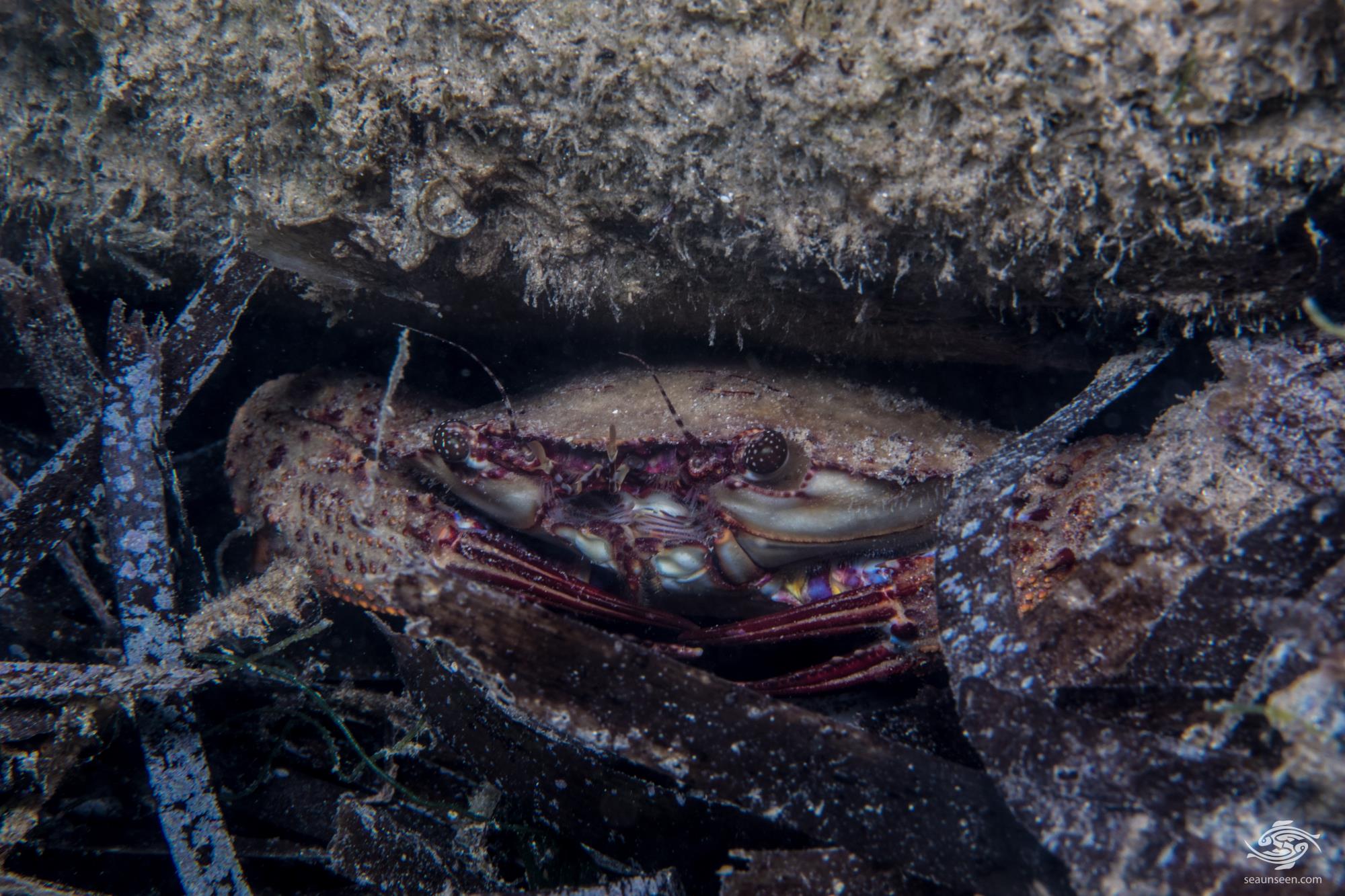 The eggs are fertilised by the male and are then carried under the body of the female. Once they hatch the larvae go through a planktonic stage before settling down and growing into their adult form. In the Red Sea they have been noted to breed throughout the year. In Australia they were found to spawn predominantly in spring and autumn with females producing some 181,000 to 961,00 eggs for each spawning. 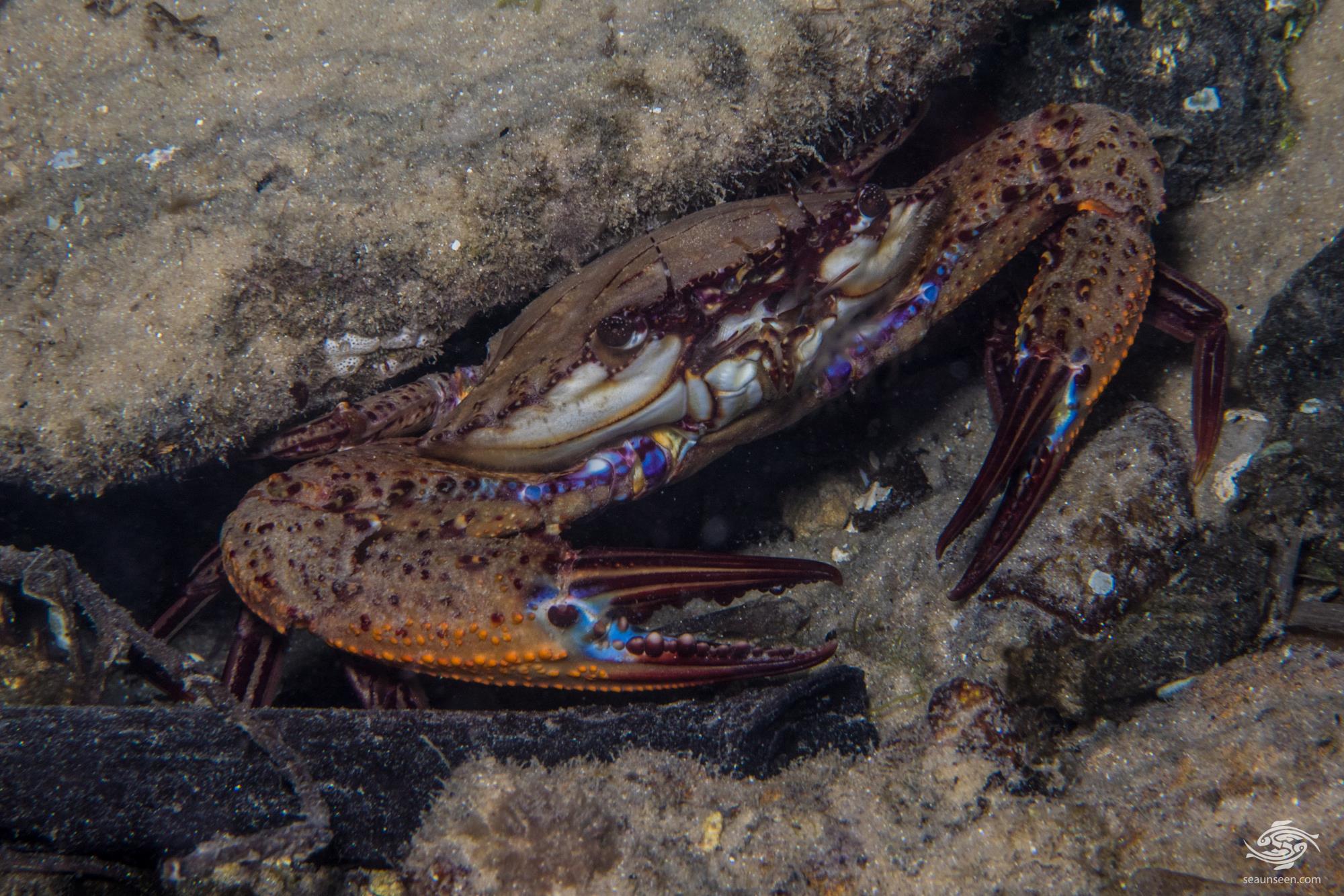 In some areas such as India and Australia they are fished but in Tanzania they are not spesifically fished and are occasionally caught in traps set for lobster.  They reportedly make very good eating. Experiments with aquaculture have been carried out in India.