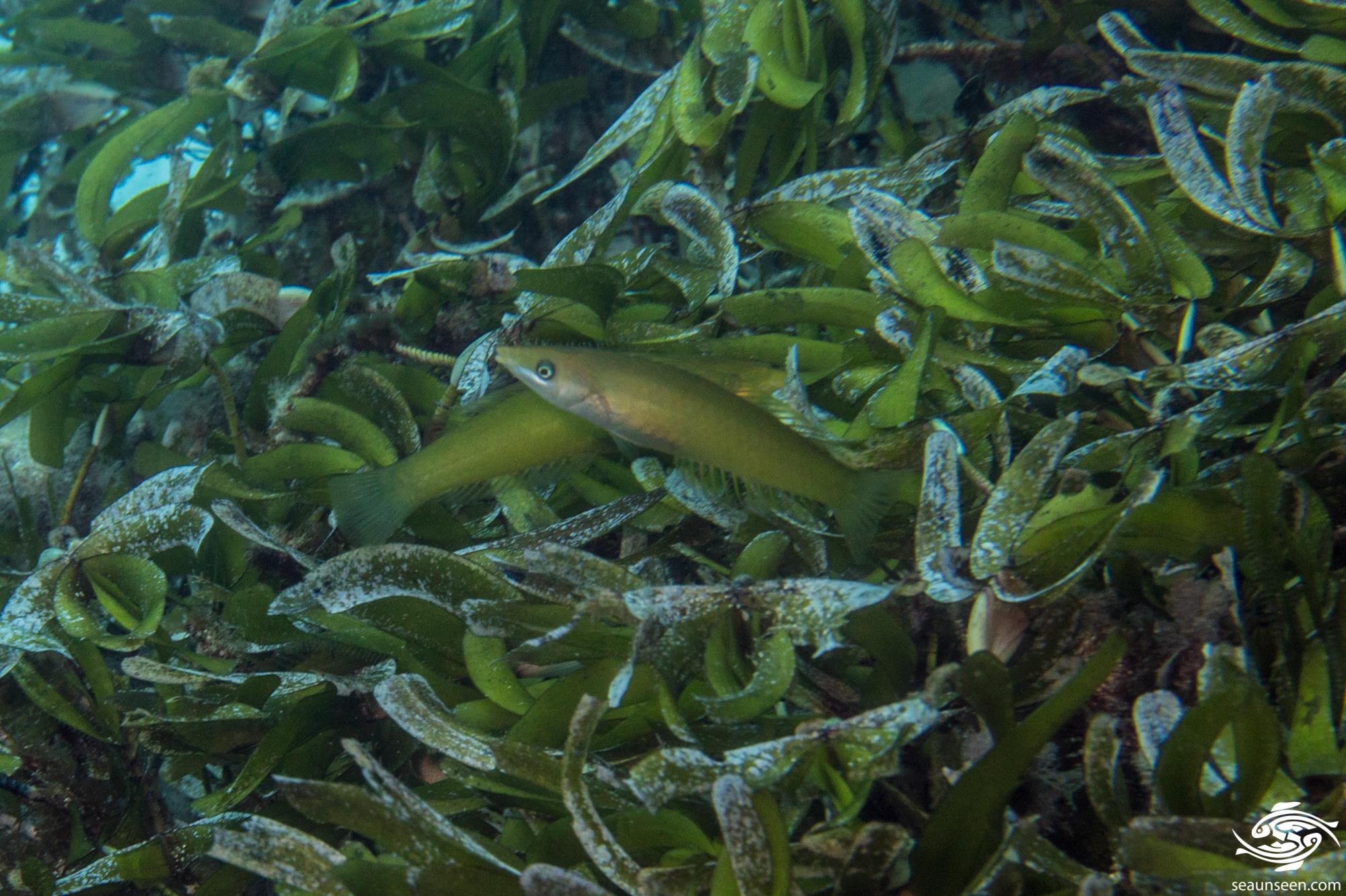 The Ring-cheek slender wrasse, Pseudojuloides argyreogaster is generally a very rare fish in Tanzanian waters and is notoriously difficult to approach.  Only in some areas are they common. They were first described by Gunther in 1867 with the holotype being found on Zanzibar. 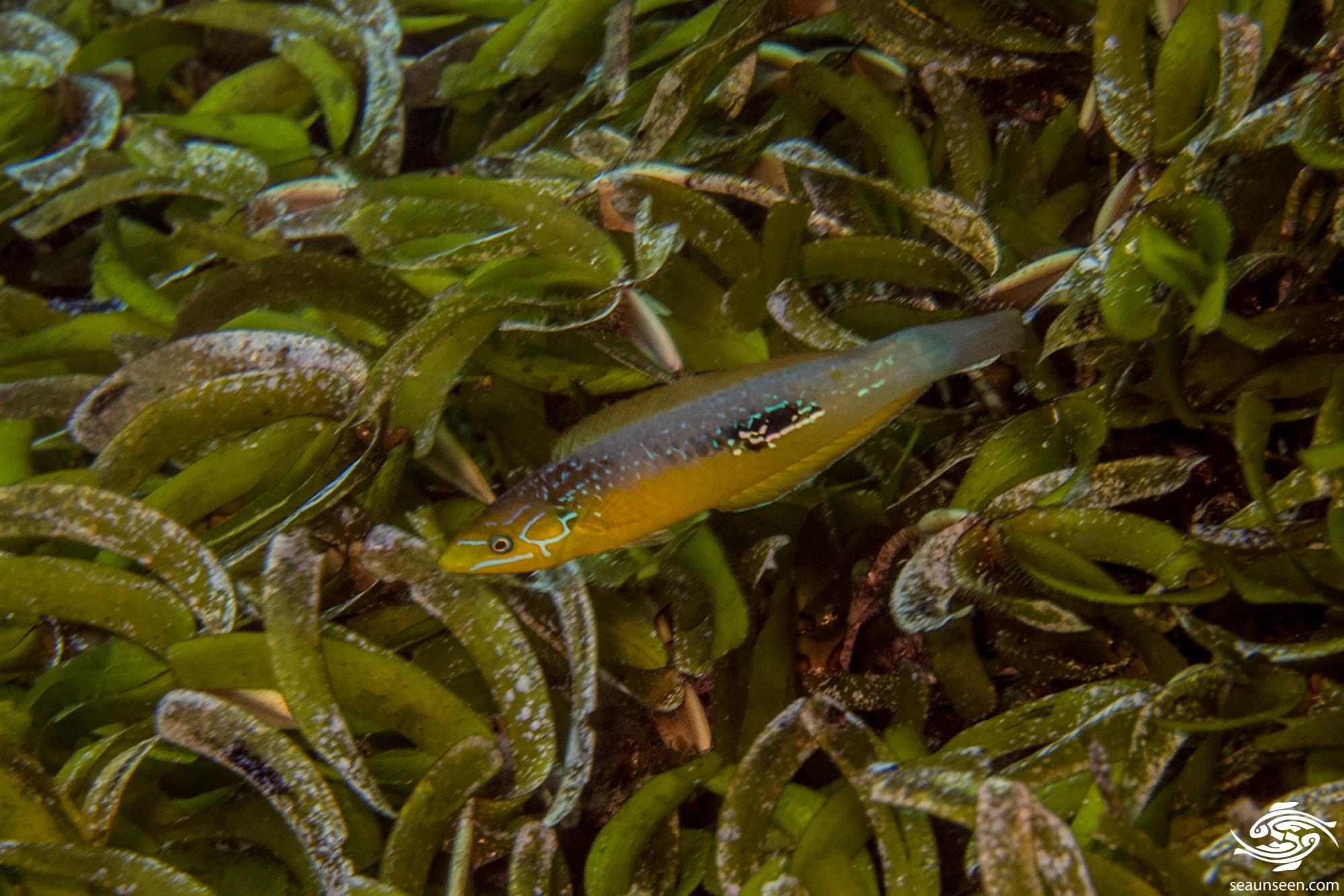 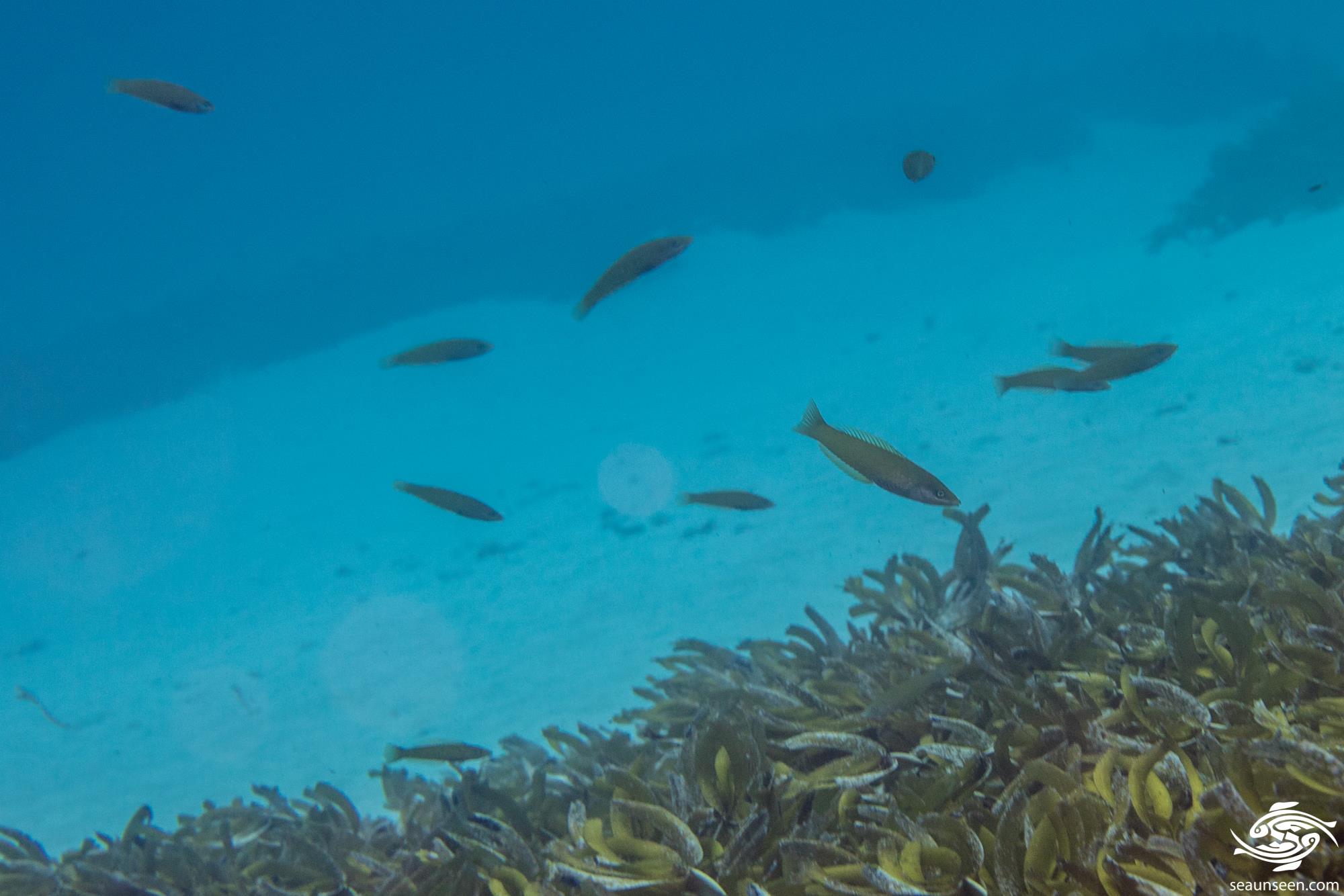 The Ring-cheek slender wrasse is very rare on the east coast of Africa and usually there are only very small numbers of them in the grass beds in the shallows. On Latham Island some 35 nautical miles east of Dar es Salaam the waters are exceptionally clean and on the east side there are extensive grass beds down to at least 20 to 25 meters in depth.  As can be seen in the image above there is a high density of this species there and they were most common around 18 to 20 meters. They are fast moving fishes and have quite a turn of speed.

Proportionally there seemed to be quite a large number of terminal males around, more than one would expect. The females gather in groups of two upwards  to twenty or thirty. They swim and feed about 50 cm above the grass beds and are very quick to dive into the grass. Once they are in the grass they are difficult to follow. 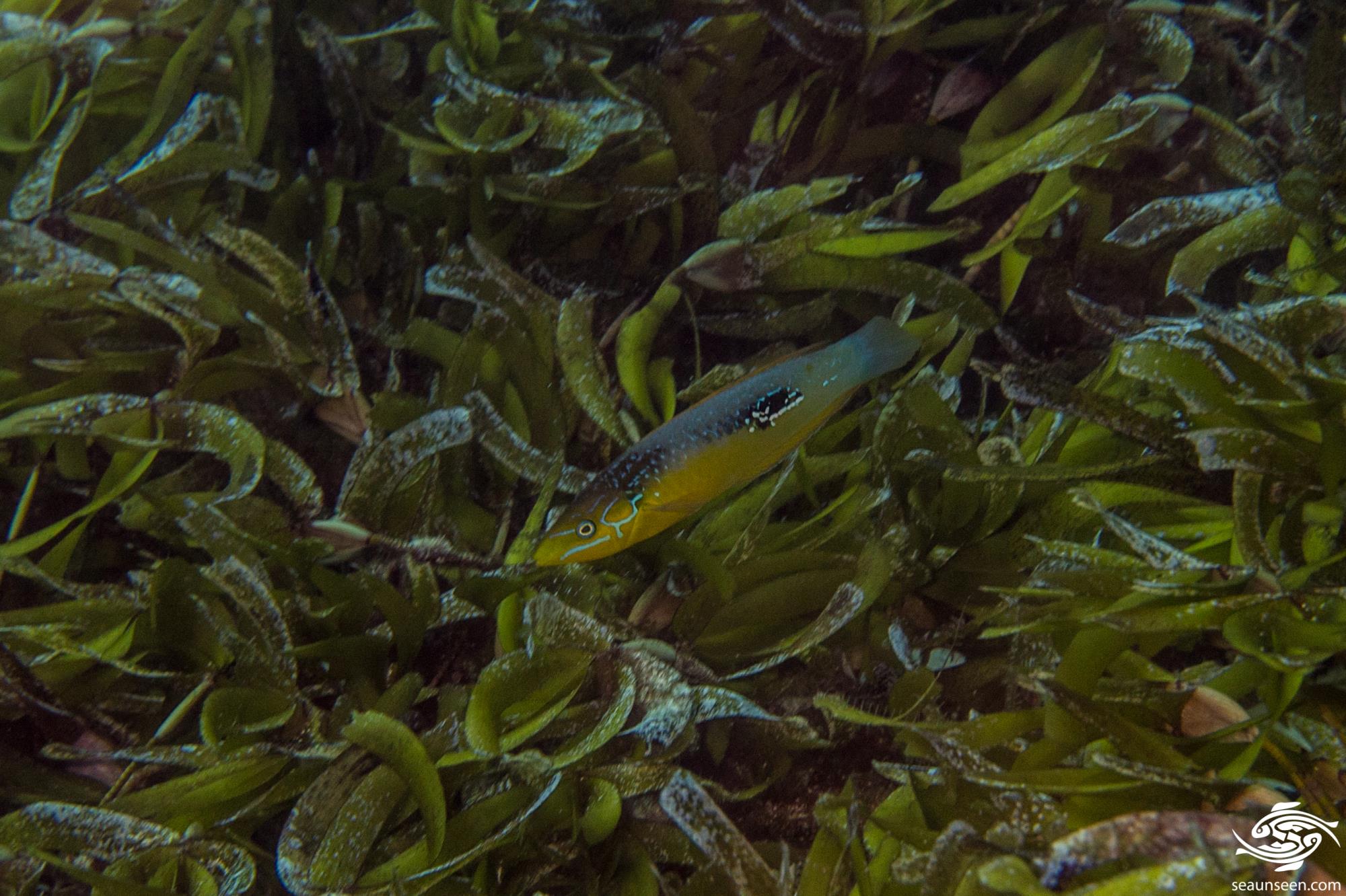 The Ring-cheek slender wrasse is found only in Tanzania and the Seychelles although it is likely that their range is greater than this and they may have been found in the Maldives.  They prefer grass beds and seem more common on grass beds at around 15 to 20 meters although we have seen them from as shallow as 5 meters. 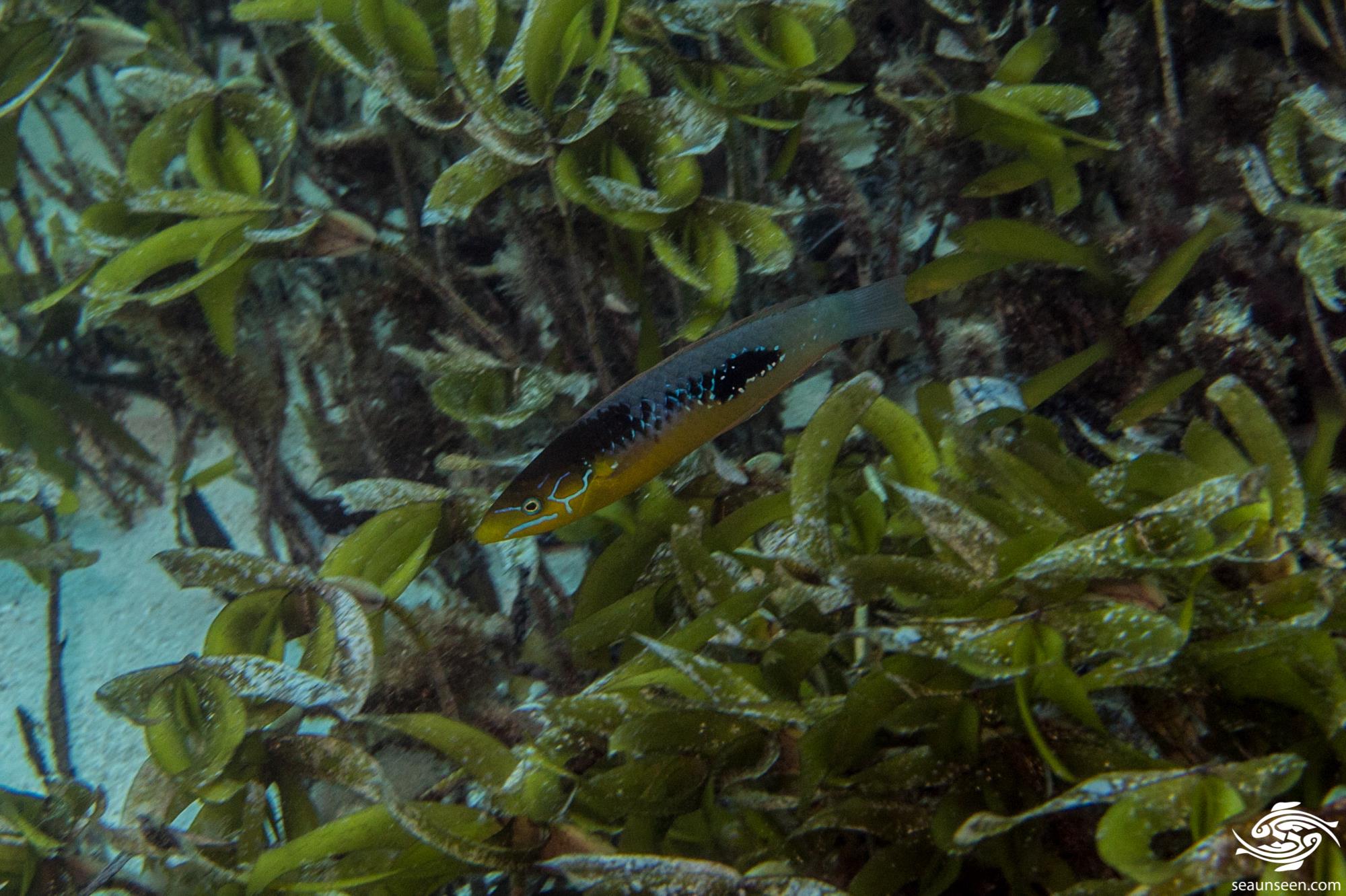 The Ring-cheek slender wrasse seem to feed above the grass beds but we were unable to determine what type of planktonic matter they were feeding on. 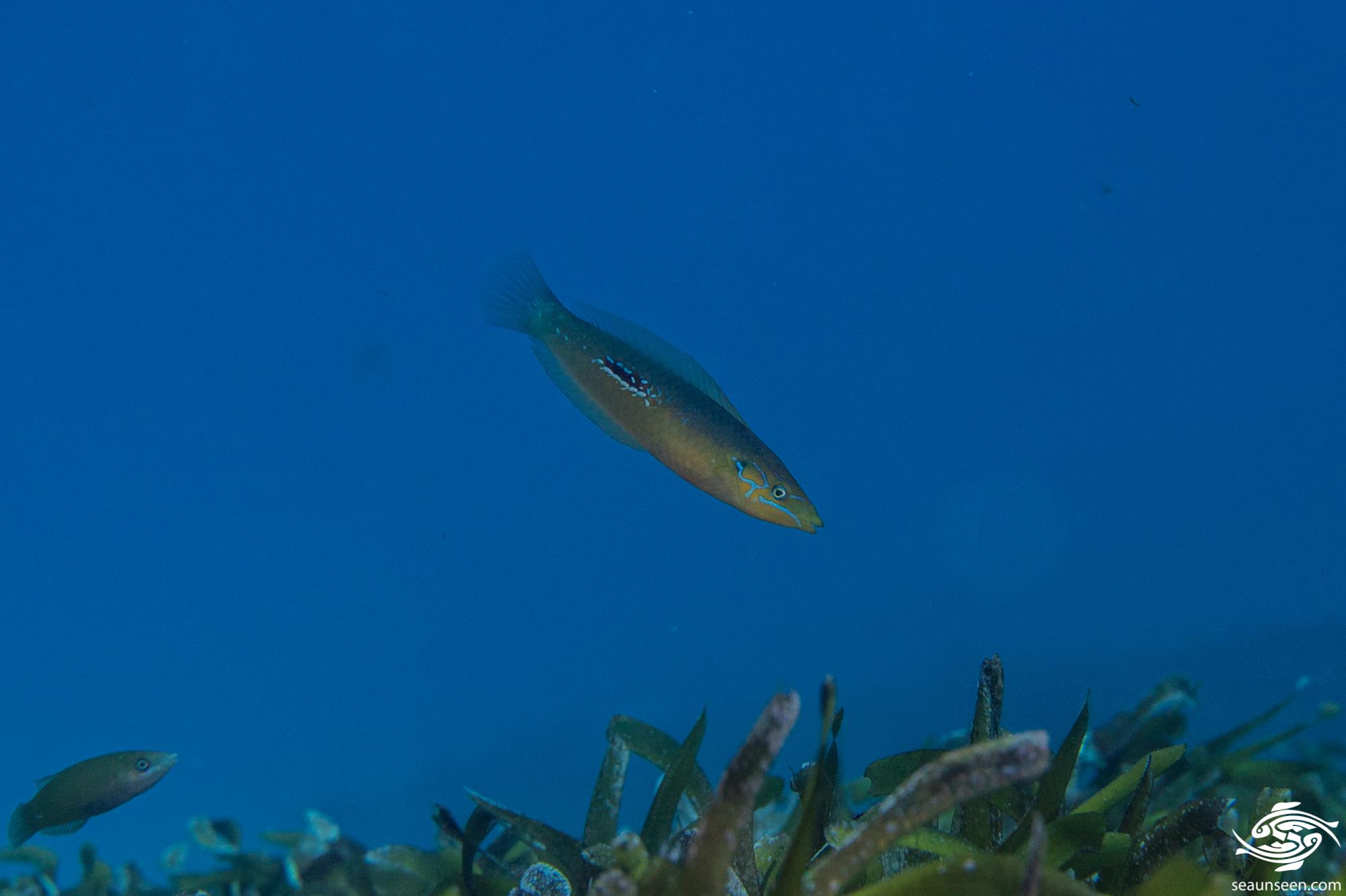 Little is known of their reproductive habits, but they are protogynous hermaphrodites.  As noted earlier there seemed to be quite a high number of terminal phase specimens in the groups. We noted one male chasing a smaller specimen. It is assumed that they are haremic but this is just an assumption and more observation would be necessary to confirm this. 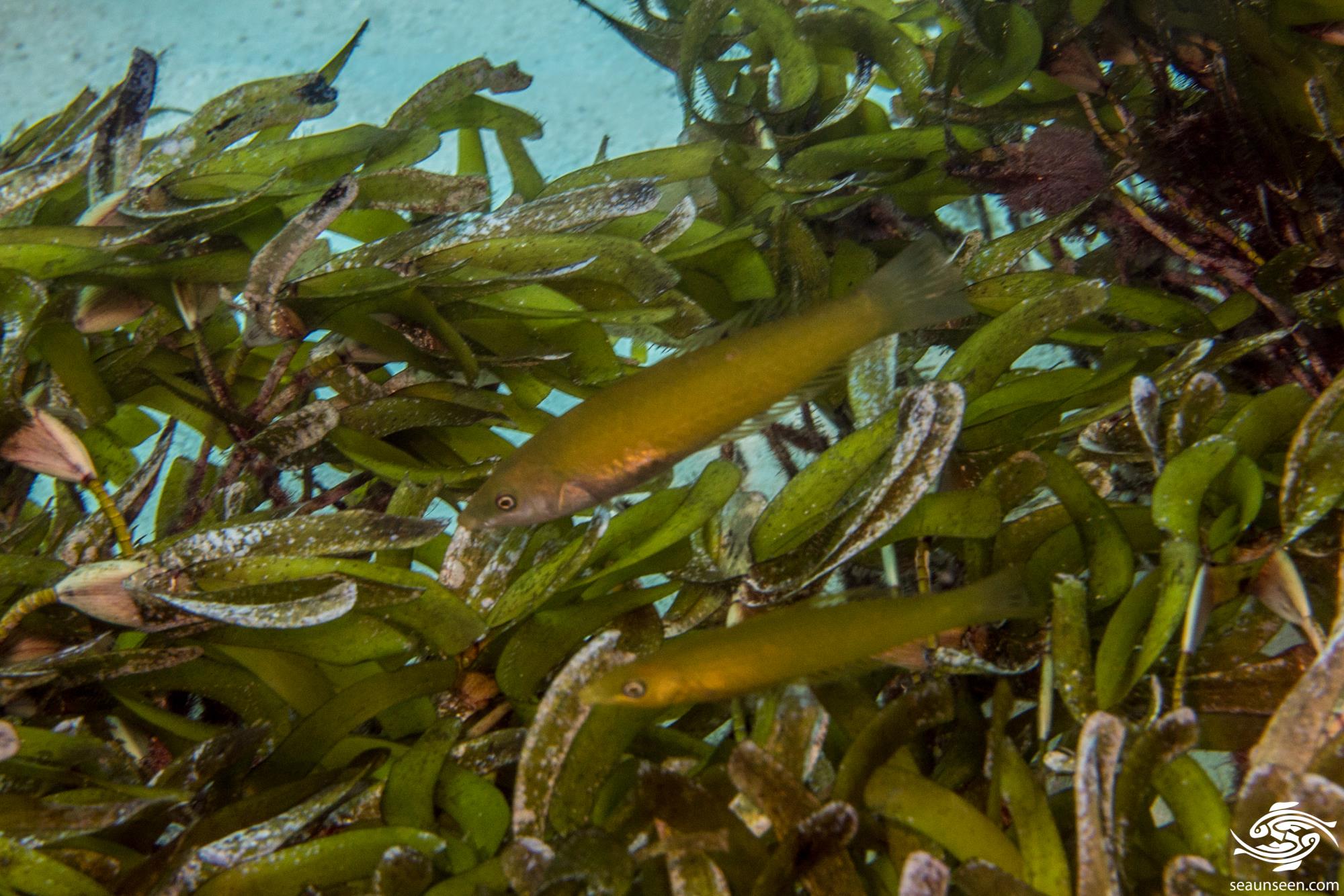 Ring-cheek slender wrasse being quite rare and not well known are probably not  kept in aquariums. 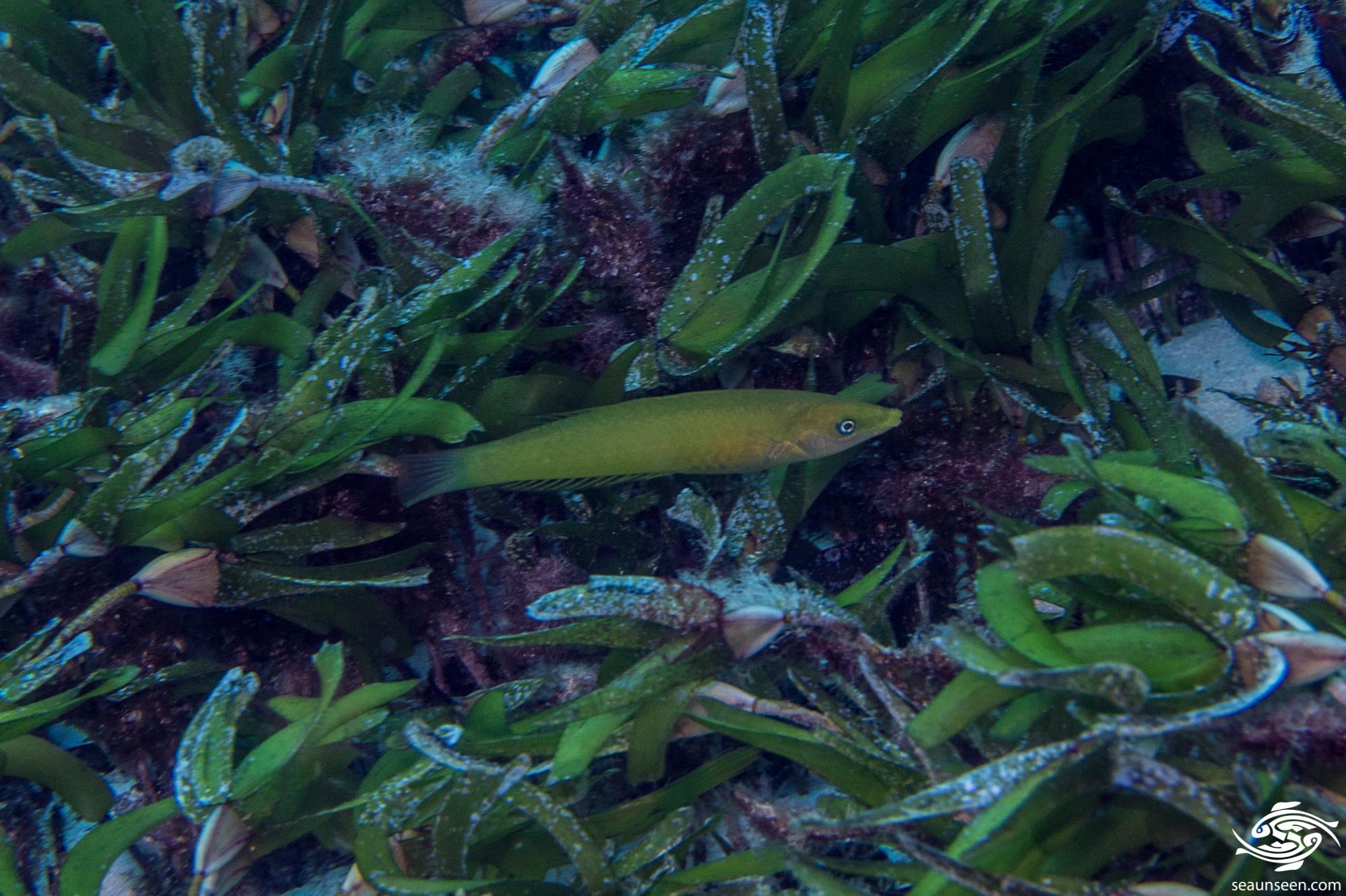 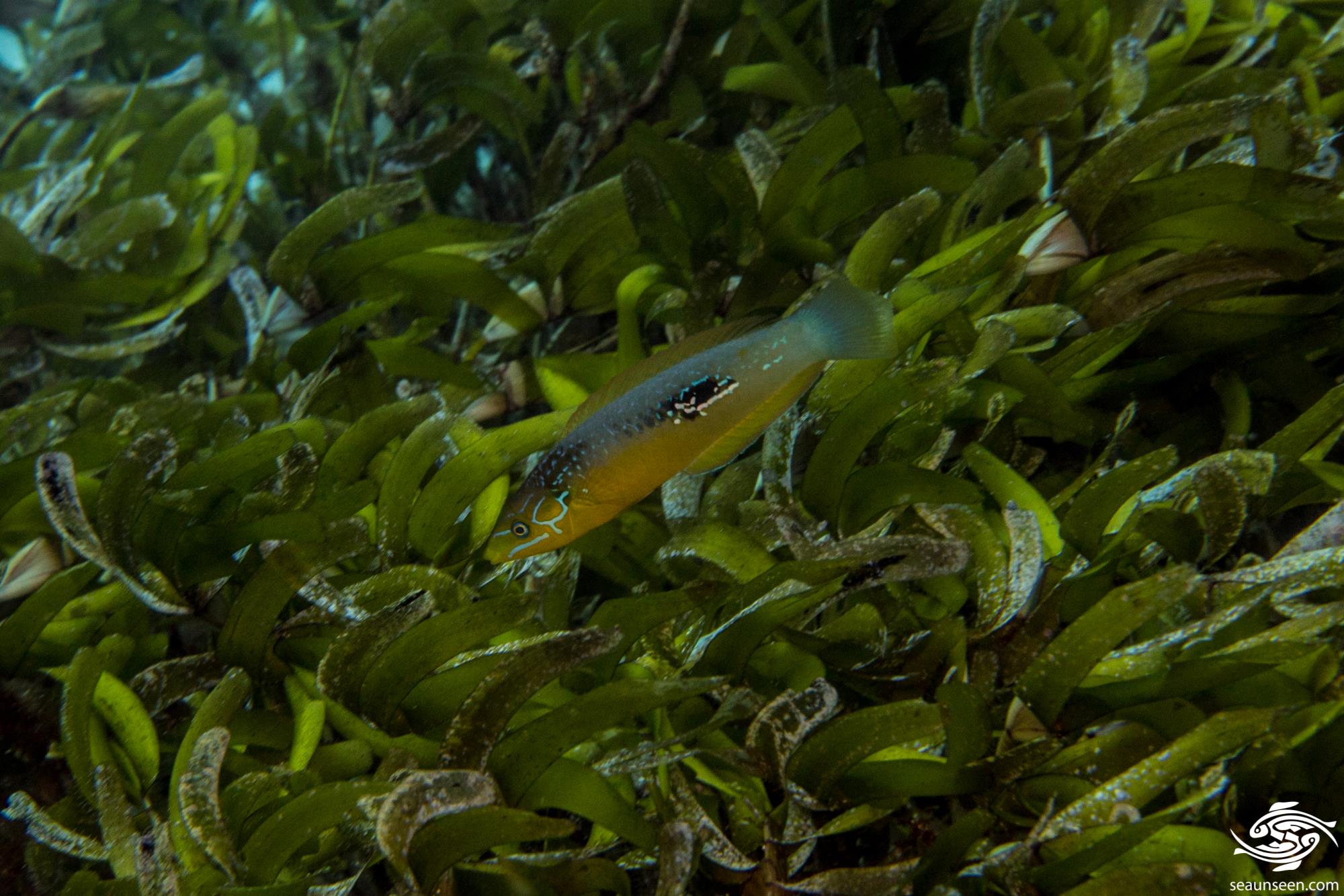