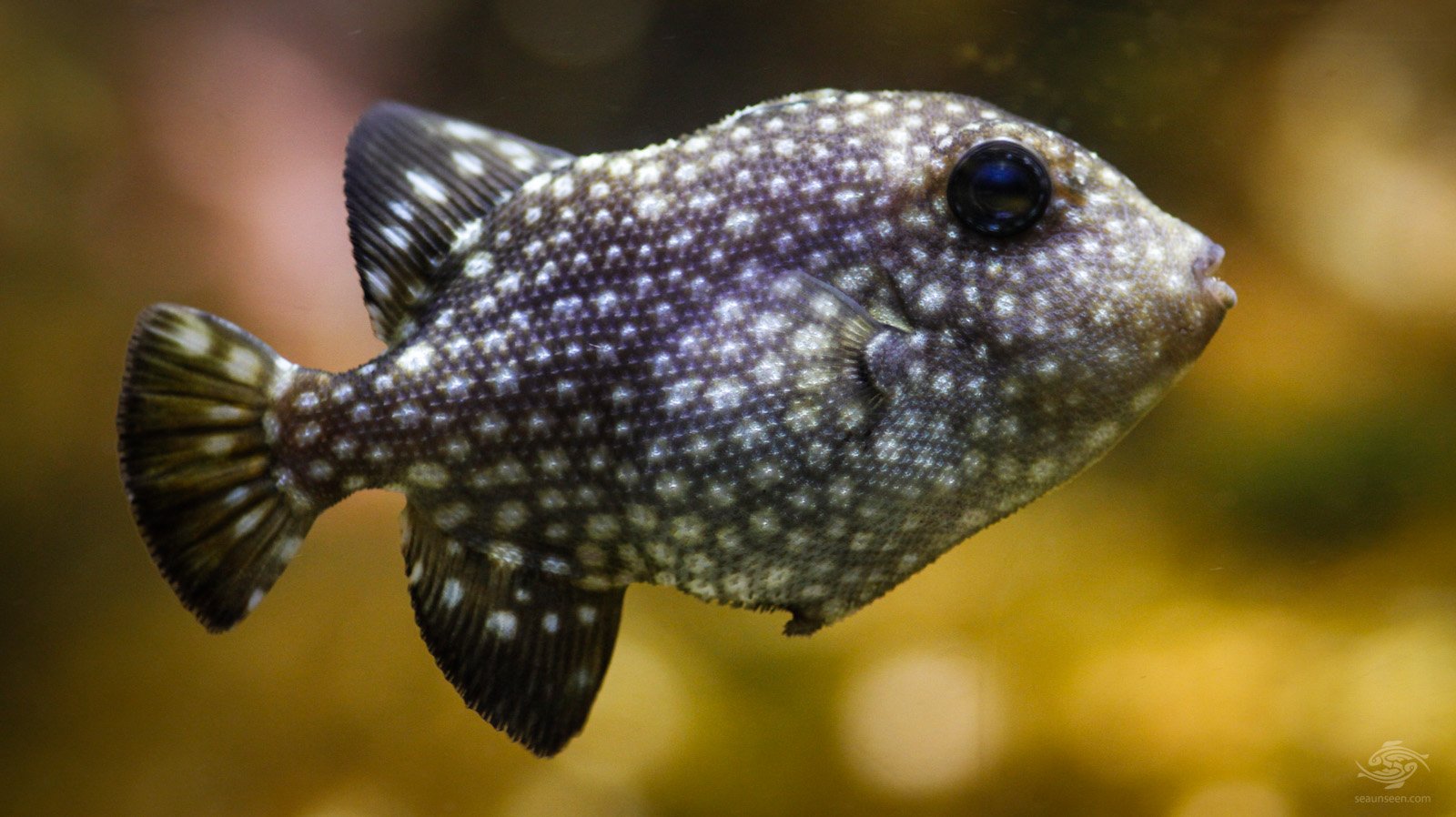 The Rough triggerfish, also known as spotted oceanic triggerfish (Canthidermis maculata)  spend their lives away from the coast, living in floating flotsam and wreckage. Given that triggerfish normally use their trigger to wedge themselves into rocky crevices, one can only wonder what caused this species to leave the normal triggerfish habitat for the open oceans.

The rough triggerfish in the image above is a juvenile, and will change color as it grows into an adult. Adults are bluish gray with white spots that fade as they age. They feed on pelagic crustaceans,  zooplankton and pelagic fish larvae, and grow up to 15 inches (30 cm) although there are reports of one captured that was 50 cm.

They are often seen offshore around floating seaweed and debris. On one occasion one that I saw left the seaweed it was in and started hiding around me. It seemed to feel quite happy hiding under my armpit. It only left when I started swimming away from the floating seaweed.  In the Seychelles where use is made of FAD’s ( fish aggregation devices), which consist of buoys floating below the surface, large shoals of the rough triggerfish have been recorded. 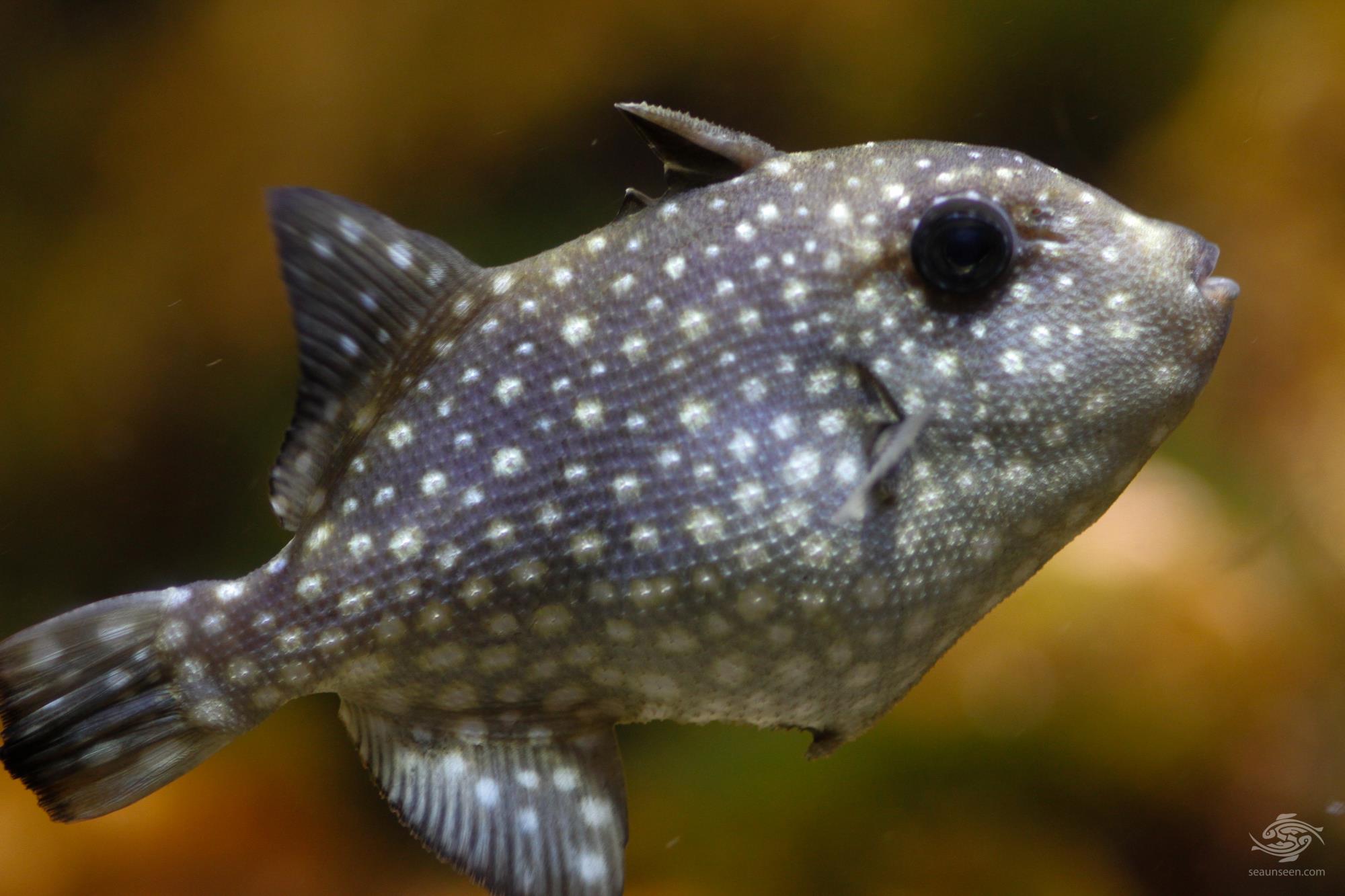 The rough triggerfish are found across the world in tropical and subtropical areas with the exception of the Mediterranean. They live in the epipelactic zone which is from the surface down to around 200 meters, where there is enough light available for photosynthesis.

Because rough triggerfish are difficult to study in their natural environment, not much is known about these fish. Certainly one of the oceans many mysteries waiting to be discovered. Other than the fact that adults appear to enter shallow waters for spawning, little is known of their breeding habits.

The Rough triggerfish are often caught as by catch in Tuna purse seine fishing. This is not however seen as a major threat to the species and they are marked as of least concern on the red list. 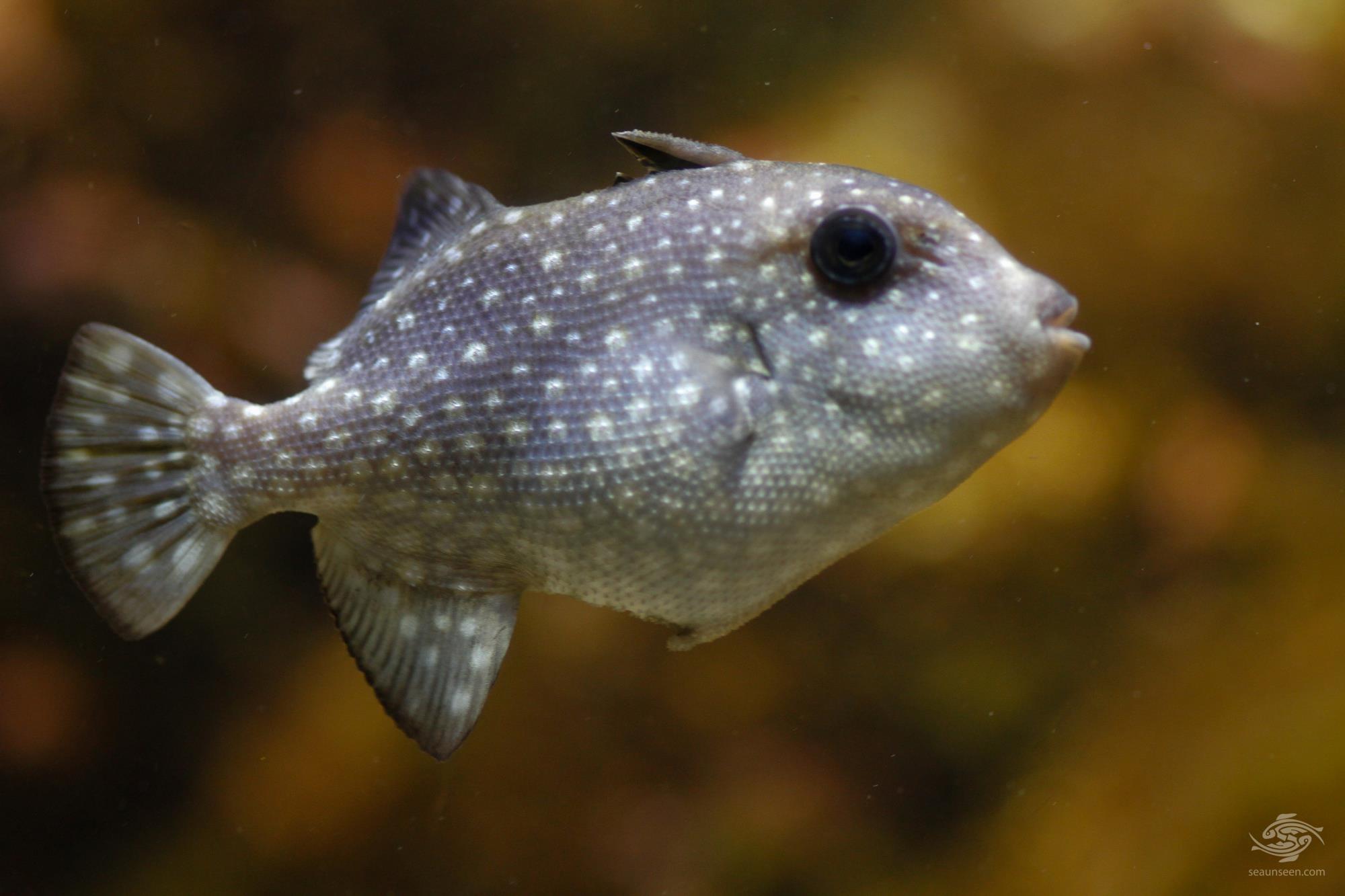 The rough triggerfish is found in the aquarium trade but due to its size is probably confined to large public aquariums.